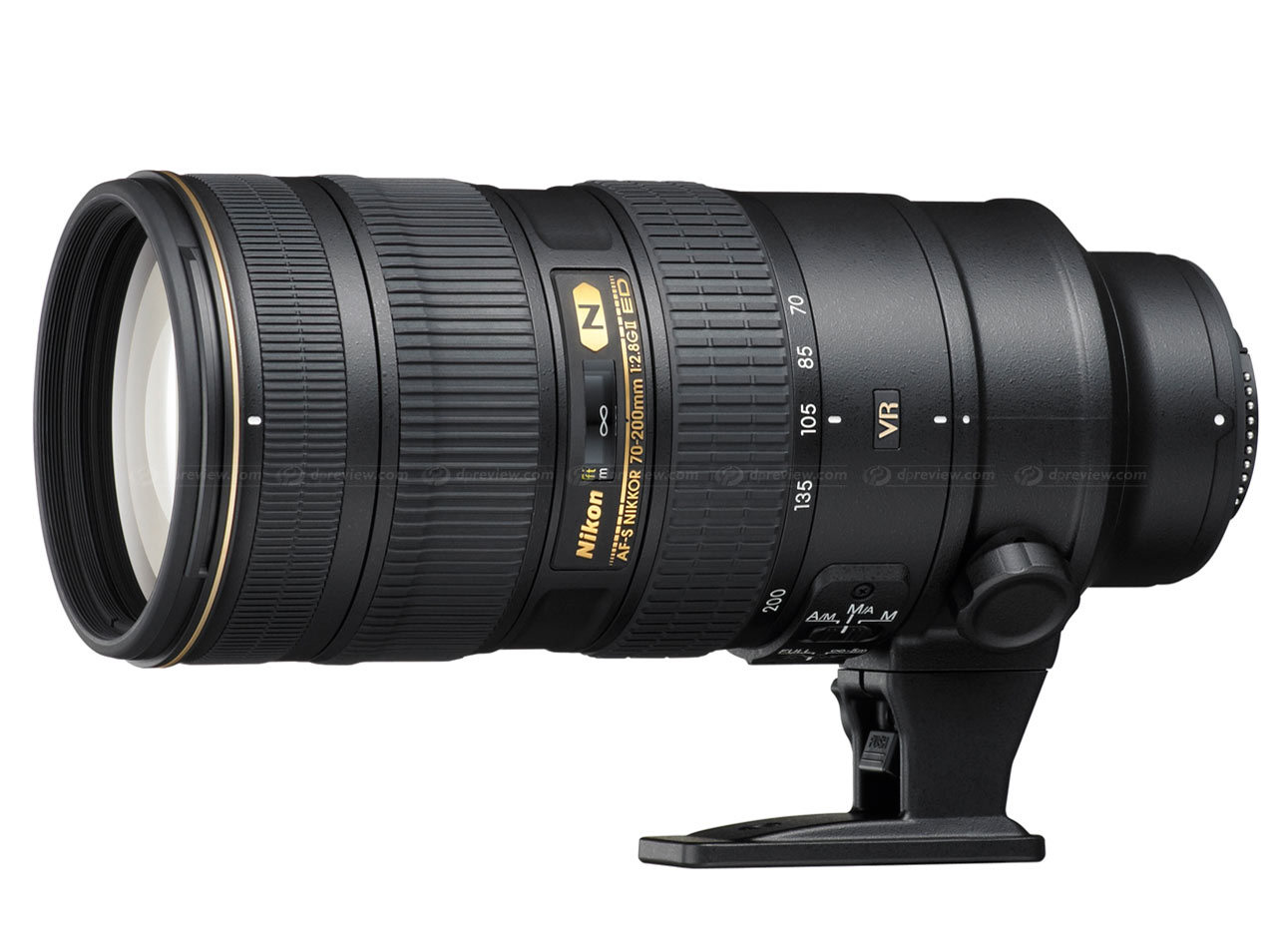 Nikon’s 70–200mm f/2.8 VR II zoom lens is the latest version of the world’s first 80–200mm f/2.8 lens, which Nikon invented and introduced during 1982. By all accounts, the 70–200mm is the sharpest, least distorting, fastest and most accurately focusing tele-zoom lens Nikon has ever brought to the market. There are four features of this lens that position it at the top of this category. Those are new optics, vibration reduction technology, close-focus capabilities and significantly less distortion.

Nikon’s claim that the new optics of the lens creates sharper images, even in the corners of the frame, appears to be correct. The lens achieves this with seven ED (Extra-low Dispersion) elements that minimize aberrations and a nano-crystal coating that reduces lens flare. This optical advantage also improves the image quality of FX-format cameras. Another benefit of the new optics is that it allowed Nikon to make a shorter lens, so it’s easier to handle; however, the trade-off is that it weighs more than the previous 70–200mm f/2.8 model.

This optical achievement is a bit misleading, however, because pro photographers actually want the corners of a telephoto image to appear a little soft and dark. Amateurs think that the corners should be sharp and bright, but that is one of a number of reasons they’re amateurs. Nonetheless, any photographer will appreciate the sharpness of the Nikon’s 70–200mm f/2.8 VR II zoom lens and the measurably less light falloff than its predecessors.

The “VR II” designation is Nikon’s latest advancement in Vibration Reduction. This has significantly improved the stability of the 70–200mm f/2.8 zoom lens, making it possible to shoot as many as four shutter speeds slower. You can also select a normal mode of vibration reduction for standard photography or the active mode that dampens vibrations even more when you are in motion, such as in a car or aircraft. You’ll see a more stable image through the viewfinder, which results in easier and more precise framing and focus-point execution.

You can also focus in three modes on the Nikon 70–200mm f/2.8 lens: A/M, M/A and M. A/M permits auto-focus priority even if you move the focus ring during shooting. Another trade-off is that the newest model of this lens no longer has the auto-focus (AF) stop buttons that were found on its predecessors.

Another major advantage of this new Nikon lens is that you can focus closer than the previous f/2.8 tele-zoom lens, 4.6 feet (1.4 meters), compared to 5 feet (1.5 meters). If you’re a pro, or want to think and shoot like one, then this lens provides approximately an extra half-foot. Experienced photographers know that moving closer to a scene, object or subject is critical to taking outstanding digital pictures; and the Nikon 70–200mm f/2.8 lens lets you zoom and frame that extra half-foot closer. This may be the best reason that it is worthwhile to pay $500 more for this lens than the previous model. You may pay another price for that extra half-foot, however. Some tests indicate that when you are close with this lens, the effective focal length range is actually 65–135mm at 5 feet.

At approximately $2,400, Nikon’s 70–200mm f/2.8 VR II zoom lens is worth every penny; although, to invest that kind of money you must be either a serious hobbyist, an income-generating pro or someone with deep pockets.

Feel free to discuss your thoughts in out nikon photography forum