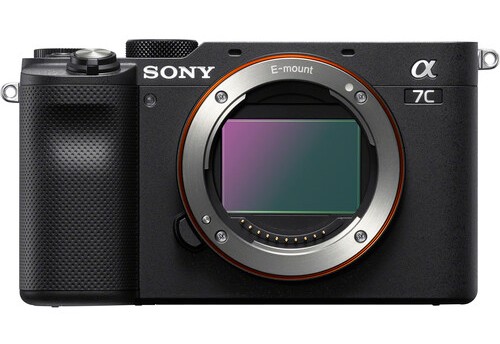 The Sony a7c is one of the lightest and smallest full frame cameras in the world, which is a great thing considering the fact that very few people are loving the Sony a7c design, which is a two-tone body vaguely reminiscent of old 80s style camera bodies, but not in a good way.

The Sony a7c doesn’t have any spectacular specs, but I personally feel like the Sony a7c handling makes up for this neglect.

We know you’re dying to dive into all of the other wonderful, and not so wonderful, aspects of this camera, so let’s get into the full Sony a7c review. 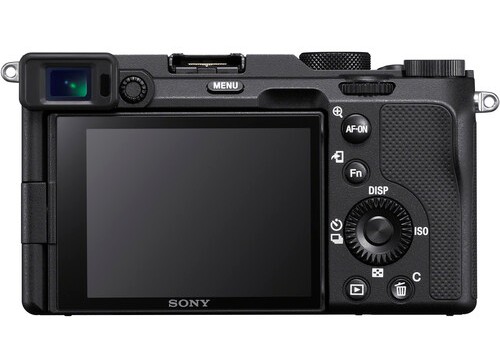 The Sony a7c specs are pretty basic, if I’m being honest. This is because the Sony a7c is really being marketed for its ease of use.

But, basic specs can still function excellently, like in the case of this camera. The Sony a7c comes with a 24MP full-frame sensor and 4K video capabilities. Its burst mode is decent at 10fps.

The ISO range is rather impressive at 100-51,200, which means you can easily take photos in dim lighting.

The battery life on the Sony a7c is one of my favorite features about this camera. It’s rare that I come across a full-frame camera as small as this that can handle more than 500-shots on a single charge and this one can handle nearly 750. 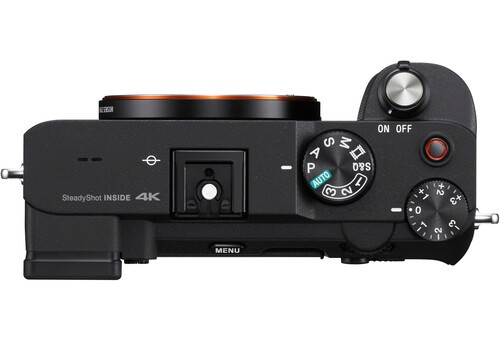 I briefly mentioned the Sony a7c build earlier in the article. I personally don’t think it’s that attractive, but at least it's small and I can deal with an aesthetic problem if the camera works well.

This camera is built from magnesium alloy, but half of it is coated in a silver finish that makes it look a lot cheaper than it actually is. I personally want my camera to feel professional if I’m going to be spending thousands of dollars on it and this is where the Sony a7c falls short.

The grip on the body is good, though, and an articulating touchscreen is a welcome change to the line. Of all the Sony a7c features, this one may be best for vloggers because the vari-angle screen allows you to do vertical shooting and vertical video. 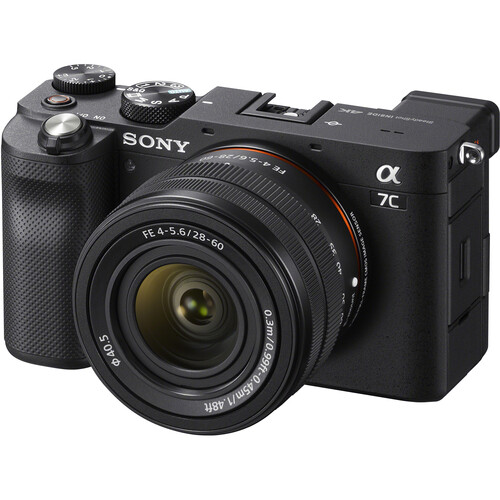 As can be expected with a Sony a7-series body, the menu system is a little convoluted (even Sony thinks so because they released a statement saying a new menu would have required a total re-engineering of the hardware).

If you’re purchasing this camera specifically for its size, you should keep in mind that it definitely looks smaller than it feels in your hand. A lot of photographers believe that this is why Sony implemented that ugly silver band around the top of the body, to make it appear as small as possible. 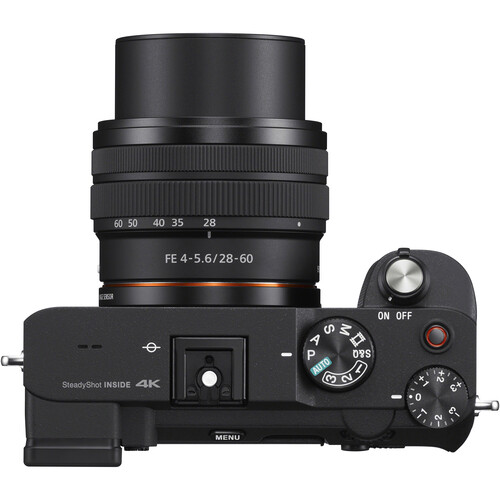 Still, it is 20% smaller than the Sony a7 III is. One reason why this was possible is that the EVF is no longer located on the top of the body, but rather on the left side of the rear of the camera. If you’ve worked with Sony’s a600 line of cameras, this will already feel familiar.

But, another way that Sony made this body smaller is by getting rid of some of the dedicated buttons die-hard Sony fans may have grown accustomed to, like an autofocus control joystick or AEL button.

You can expect this camera to last for up to 200,000 cycles and, excitingly, every battery charge allows you to take nearly 750 shots.

Huge shout out to Julia Trotti for the Sony a7c video performance test above.

As aforementioned, the Sony a7c shoots 4K video at 30p or 24p. If you need a better frame rate, then you can also shoot Full HD video at up to 120fps. Unlike many cameras like the Sony a7c, you can actually shoot for longer than a half hour with it, which is very exciting for videographers.

You can use this camera to record in S-Log or HLG/HDR. The Fast Hybrid AF system does work while shooting video, as do aspects of this system like the Real-Time Eye AF and AI-powered Real-Time Tracking AF.

As I’ve mentioned, this camera was obviously built with vloggers in mind, which means that the vari-angle touchscreen is going to be put to good use. 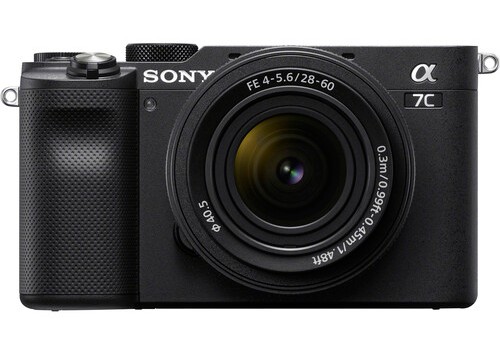 But, as this camera rolls out and people start picking it up, it may be a good time for you to look at picking up other, older Sony bodies on used camera retailers. For instance, the Sony a7c is considered an alternative to the Sony a7 III by a lot of photographers, which means that the price on the Sony a7 III is about to plummet.

If you want to go on the hunt for some bargain cameras, try MPB. MPB is a used camera retailer that strictly employs photographers, so every piece of camera equipment you purchase from MPB is rated very thoroughly so you know the condition of it before you buy.

For more information about MPB, you can check out the learn more link below. 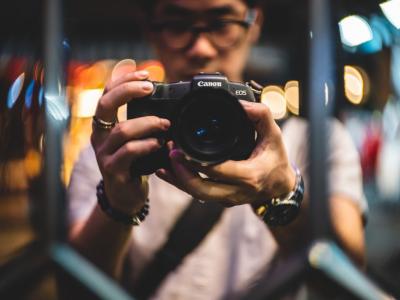