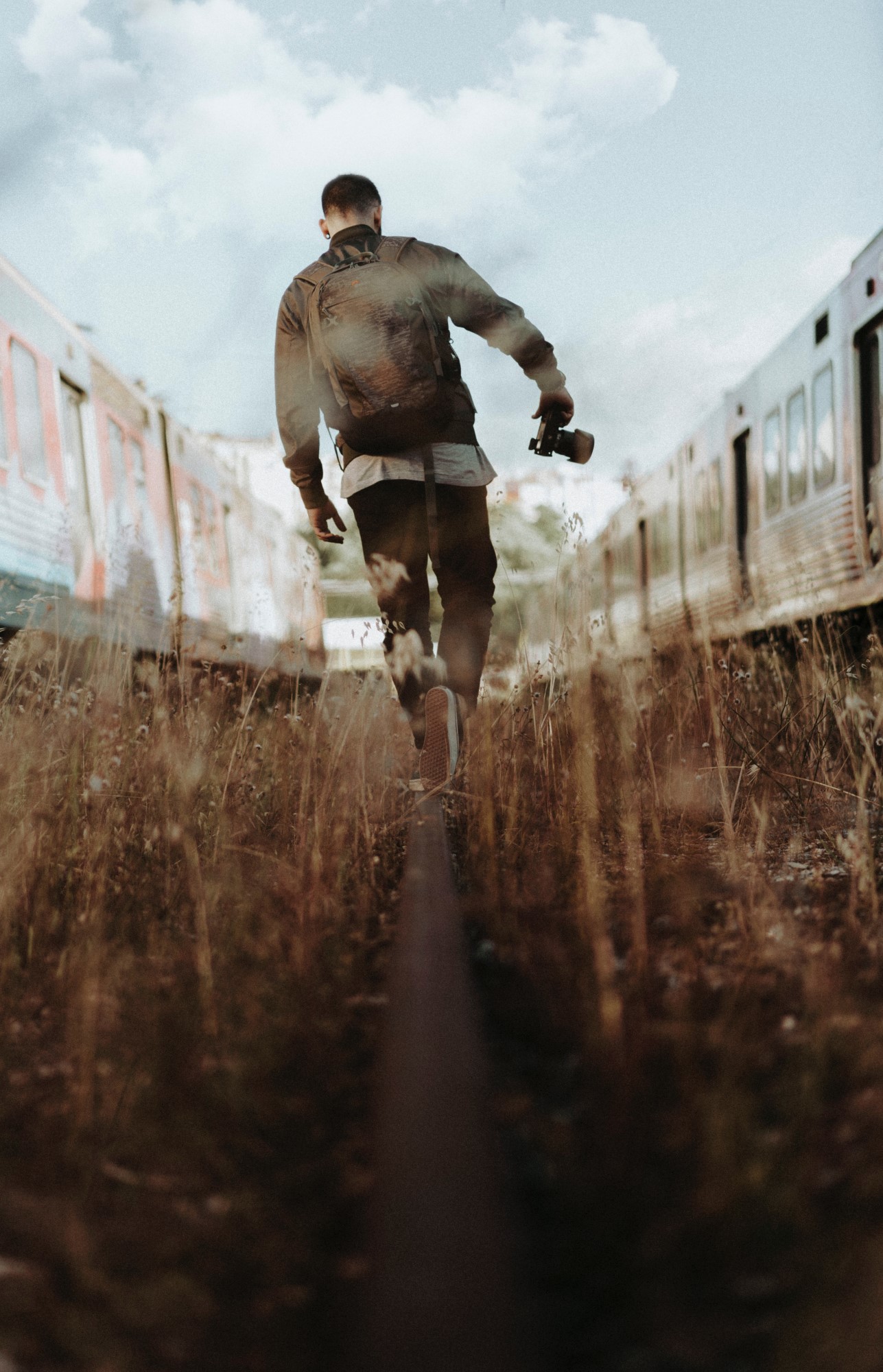 Photo by André Filipe on Unsplash

The Sony CyberShot DSC-RX1R II is one of the smallest full-frame cameras in the world. This point and shoot model with a fixed lens easily fits into a bigger pocket, while its image quality is outstanding and comparable to a high-end DSLR.

Unfortunately, having a compact body accompanied by the full-frame sensor comes with certain disadvantages. To name a few, the camera’s battery drains out very fast while handling might also be an issue for those accustomed to bulkier models.

However, the RX1R is still a great camera and it might be just what you need. In this review, we will discuss all the pros and cons of the Sony CyberShot DSC-RX1R II so you can make your own decision if it’s worth buying. 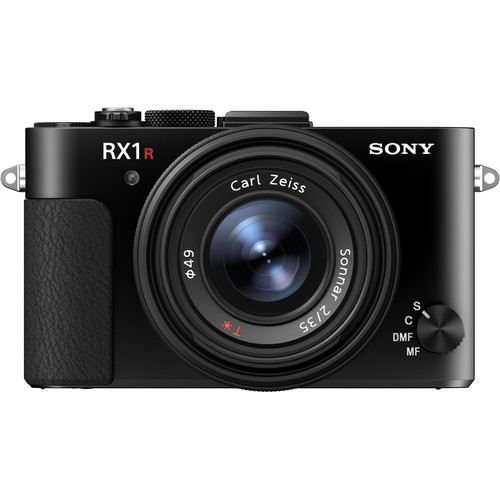 There are many good things about the Sony RX1R II but its 42.4-megapixel CMOS Exmor R® sensor is what distinguishes it from all other point and shoot cameras.

With such high resolution, this camera manages to capture even the tiniest details while it also allows you to make huge prints out of your images. Overall, there are not many point-and-shoot cameras that can compete with the RX1R II when it comes to the image quality. 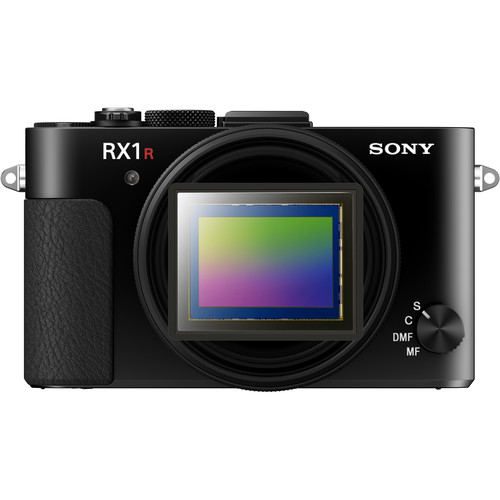 The Sony RX1R II performs great in any given light environment because of its native ISO range of 100 through 25,600 (extendable to ISO 50 - 102,400). Moreover, it has a unique option to choose from three optical variable low-pass filter effect settings: Off (to prioritize image resolution), Hi (to reduce moiré and color artifacts) and Standard (to balance those priorities).

The camera uses the Fast Hybrid AF system with 399 phase-detection AF points. The same autofocus system is used in the Sony a7 II and it will without a doubt provide a reliable and quick subject tracking performance. The RX1R has a run-of-the-mill burst rate of 5 frames per second, so if you are particularly interested in sport or wildlife photography, this camera might not be the best option. 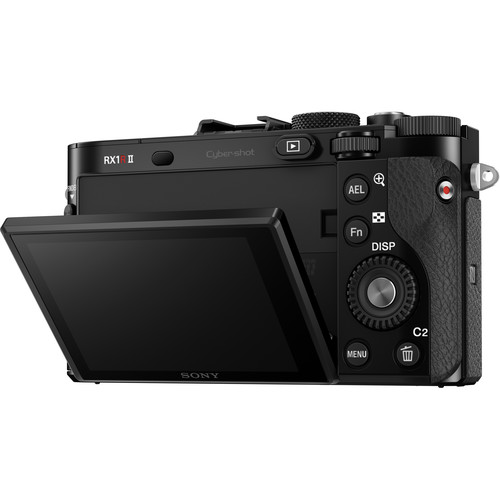 The Sony RX1R II has an attractive design which is almost identical to the design of its predecessors (the RX1 and RX1R). The camera has a dimension of 4.45 x 2.56 x 2.83 inches and weight of 1.12 lb (with lens and batteries included).

For framing scenes, there is a large and clear pop-up electronic viewfinder as well as a tilting LCD screen (without touchscreen technology). 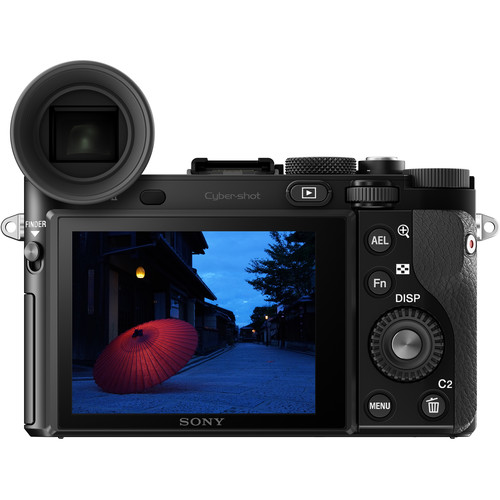 Given this size and weight of the camera, you might think of the RX1R II being a perfect choice for travelers and street photographers. However, bear in mind the battery life of this camera is only around 200 shots. This is not very convenient if you are out there in nature where there is no possibility to charge the camera.

The RX1R is relatively expensive, so the fact that there is no environmental-sealing on this camera is surprising. This would add size and weight to the body, but it would mean a lot to those who enjoy outdoor photography.

It has particularly shown to experience functionality issues while working in cold temperatures. In a cold environment, the camera works at a slower pace and its battery life is significantly lower. 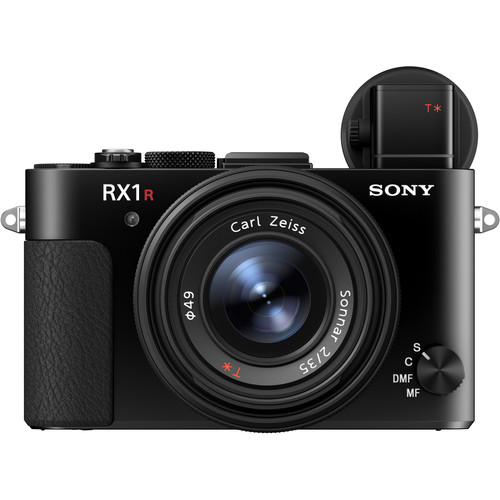 Because of its compact body, you will need some time to get used to the camera’s dials and controls. They are tiny and closely positioned so it is possible that you’ll press some of them unintentionally, especially when you are using a viewfinder.

Another thing that makes handling experience of this camera imperfect is a relatively small grip. Because of the tiny grip, holding the camera in one hand feels a bit uncomfortable and you might want to consider buying an optional TGA-1 thumb grip which can be attached to the camera’s hot shoe. 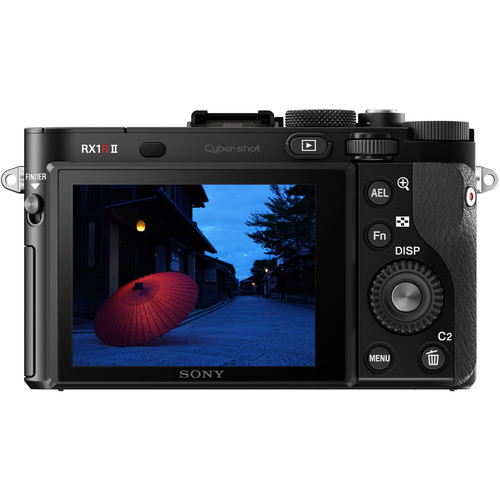 Although the RX1R II uses the same type of sensor as the Sony A7 II, unfortunately, it isn’t capable of shooting 4K videos.

In terms of video recording capabilities, the camera maxes at Full HD (1080p) recording at 60p, 30p, and 24p. There is also an option to record slow-motion sequences if you drop the resolution down to 1280 x 720.

Learn more about the capabilities of the Sony RX1R II in this hands-on review by DigitalRev TV. 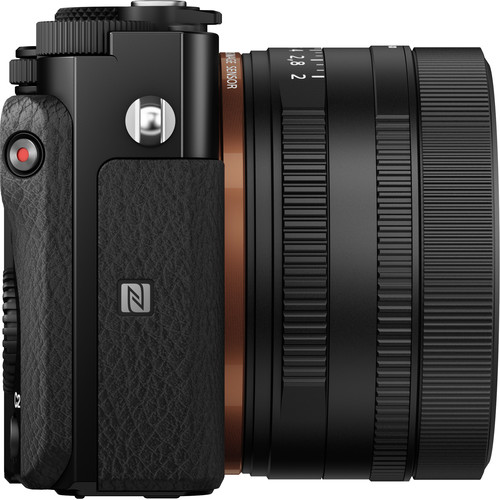 The RX1R II comes with a compact fixed lens.

The ZEISS 35mm F2 lens is inherited from the RX1R I. The lens is perfectly matched with this type of camera and aimed to produce good results in all types of situations. 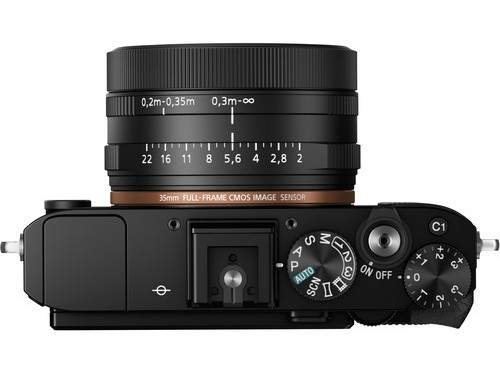 With a price tag of around $3,000, we can’t say the RX1R II has a consumer-friendly price. However, you can find this camera at significant savings if you buy used Sony CyberShot DSC-RX1R II.

Check out the inventory on MPB. It is a website which specializes in connecting those who are selling and buying used equipment. Alongside with used camera models, there you can find all sorts of photography equipment at affordable prices.

If you're not yet familiar with MPB, check out my MPB review to get to know this top-shelf company. 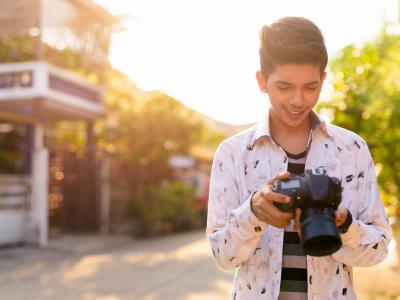