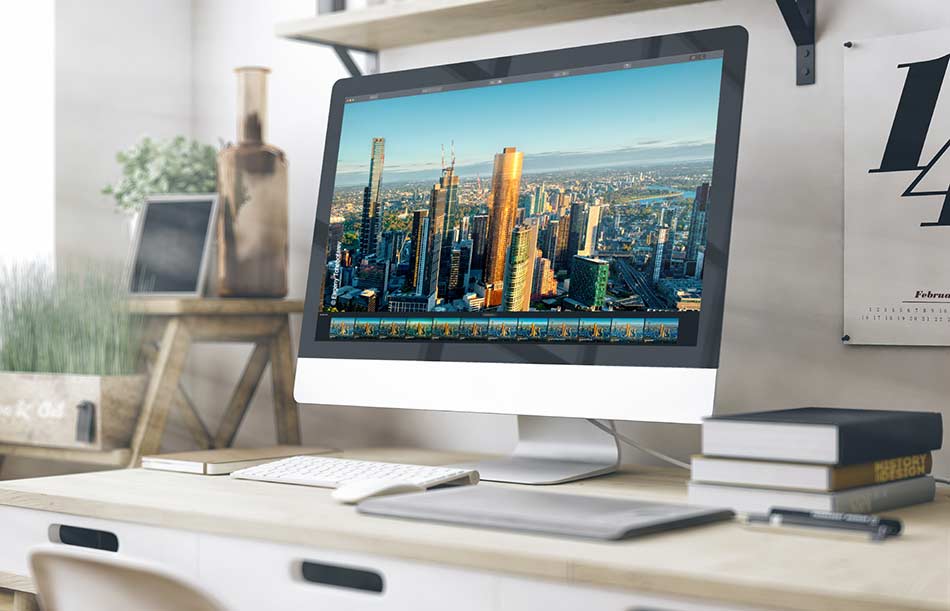 How many times have you found a gorgeous scene to photograph, only to find that your photos were either too dark or too light?

This often happens when the dynamic range - the range of light values in the scene - is too much for your camera to handle in a single shot.

You can get around this by bracketing the exposures, or taking multiple images at different exposure levels to accommodate the highlights, midtones, and shadows.

In the video above, Jim Nix gives us a quick sample workflow for HDR editing that shows you how to turn those bracketed exposures into a dramatic HDR photo.

Jim uses Aurora HDR 2019 to create his final image. It’s a powerful tool that beginners can use to create gorgeous HDR images, but it’s also loaded with features that seasoned pros will appreciate.

Though it’s good to strive to get the perfect shot in-camera, that doesn’t often happen. Instead, you’ll likely need to make a few corrections to your images before you get into the heavy lifting of HDR editing.

In Jim’s example, the image needed a little straightening and lens correction - both of which can be done in Aurora HDR in a matter of a couple of clicks. You can see how the distortion correction tool made the lines of the building straighter in the before and after images below: 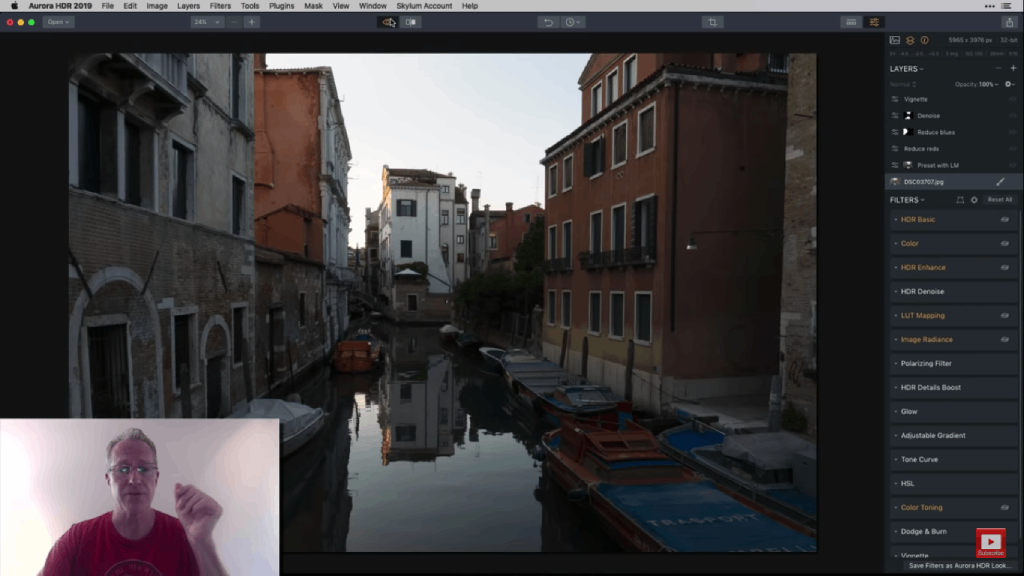 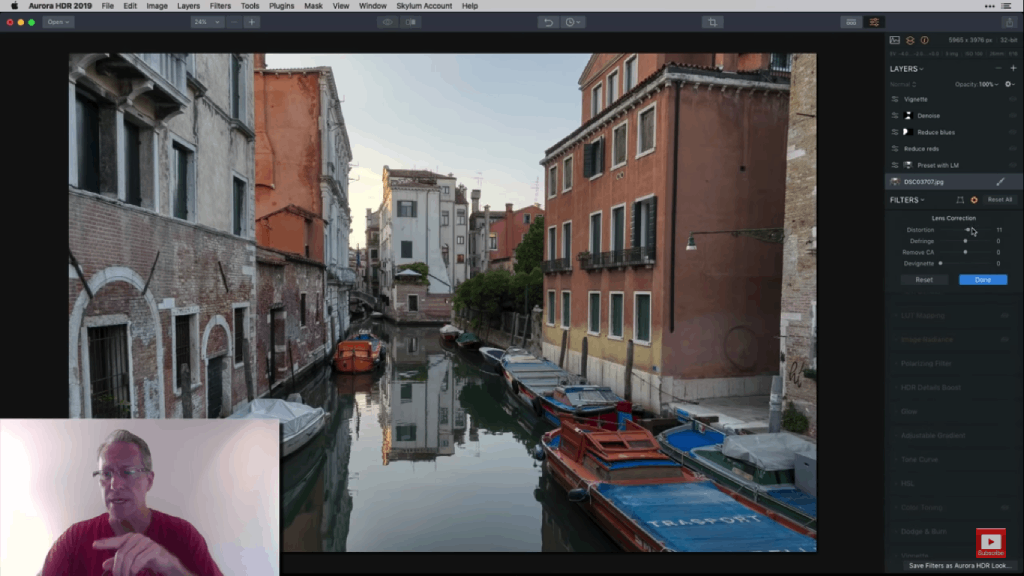 You can make an array of other adjustments too, including working on the highlights and shadows, white and black tones, saturation and vibrance, color contrast, white balance, and more.

And since Aurora HDR 2019 gives you the power to layer your edits, everything you do is non-destructive.

Sample Workflow for HDR Editing Step 2: Use Filters to Enhance the Photo 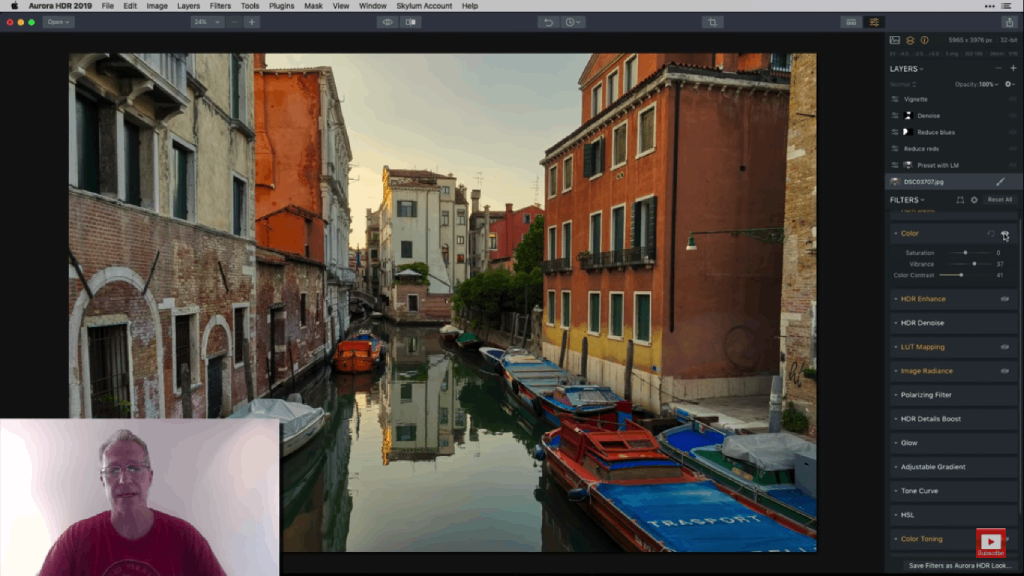 As Jim shows in the video, after making needed corrections, the next step in the workflow is to use filters to enhance the photo.

In Jim’s case, he made a number of adjustments to the color, namely, enhancing the red tones in the shot to give the photo a more Golden Hour look, as shown above.

Next, using the HDR Enhance Filter, Jim added HDR Clarity and HDR Structure to bring out the details of the buildings in the shot.

HDR Clarity added localized contrast to the image - only where it was needed - to bring out added detail. HDR Smart Structure (which is “smart” because it’s powered by AI) produced improvements that gave the photo eye-popping depth, but did so without creating noise or halos.

As you can see in the screenshot above, the buildings now have a crisper appearance (on the right) with more dimension than they did before (on the left).

Also note how Jim added these effects - by simply manipulating a slider to perfect the amount of the filter. So, though Aurora HDR 2019 makes editing images a simple process, that doesn’t mean that you lose precise control over how those edits are applied. It’s quite the contrary actually. 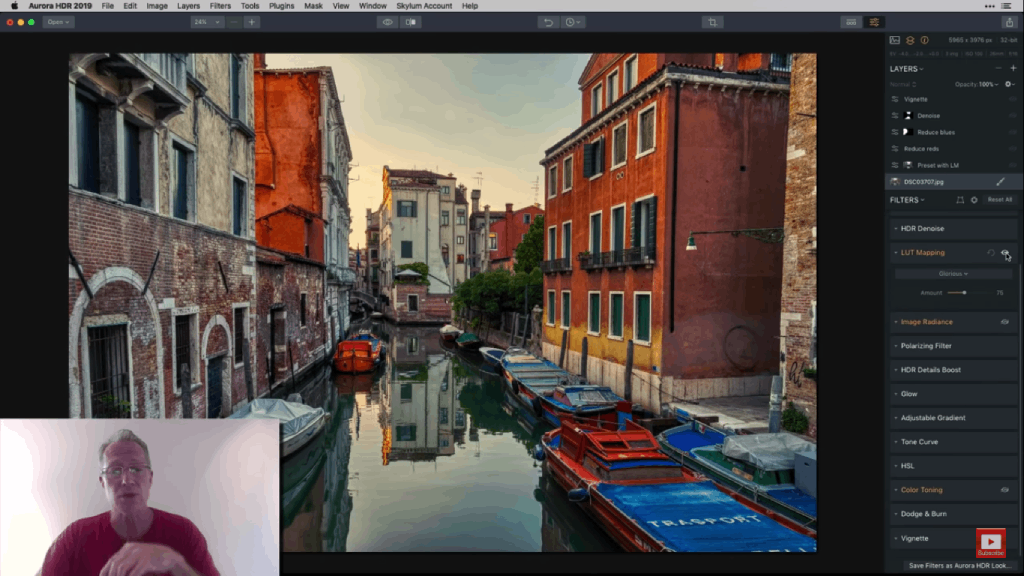 Something else that Jim did that had a nice impact on the image is to add a LUT Mapping filter to the shot.

In this case, Jim chose the “Glorious” LUT Map, which added a nice pop of warmth and color. There are 11 integrated LUTs that you can use with the LUT Mapping Filter, all of which offer creative color and tone adjustments that you control by manipulating a single slider. 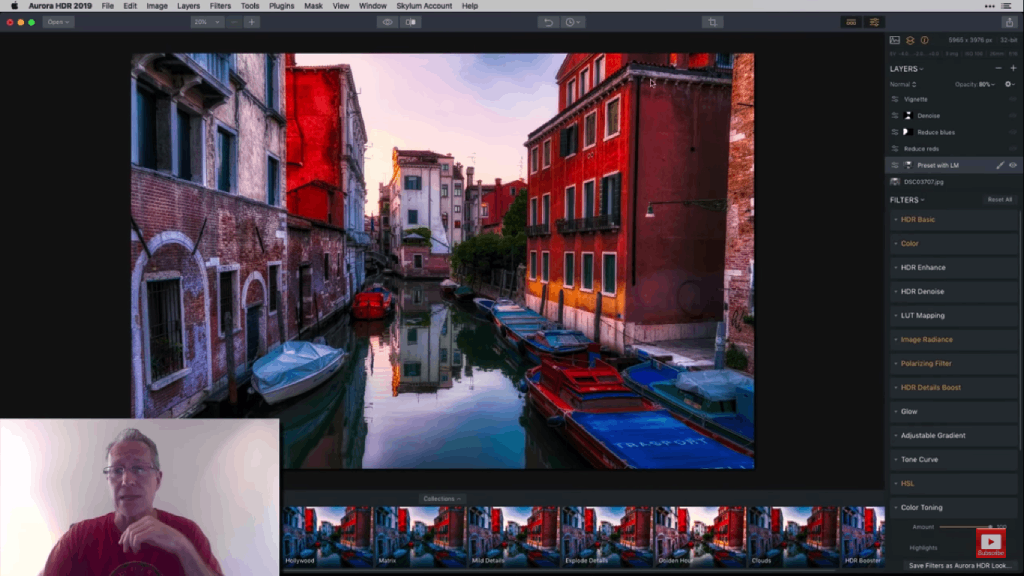 One way that Aurora HDR 2019 makes editing photos a simpler and quicker process is through the use of presets, or Looks as they’re called in Aurora HDR.

There are more than 80 Looks to choose from, each of which applies a unique effect to your images with a single click. And like the filters discussed above, you have final say over how the Look is applied by adjusting a single slider.

In this case, Jim selected one of Serge Ramelli’s looks - Sunset - and as you can see above, it enhanced that Golden Hour look that Jim is going for. 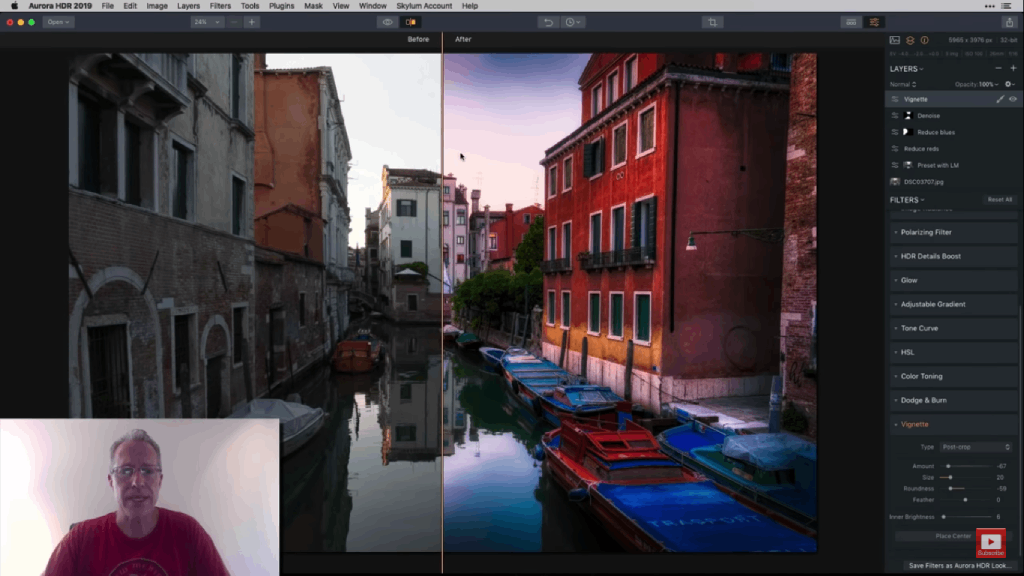 I don’t know about you, but I want to spend more time taking photos and less time editing them, and with Aurora HDR 2019, you can do just that.

As Jim explained so well in the video, this software is easy to use and intuitive, but extremely powerful at the same time.

So while it enables you to spend less time editing, you don’t have to sacrifice quality. That’s evident in the side-by-side comparison of the before and after shown above.

That’s not a bad end-result if you ask me!