#Superbloom Tourists Nearly Wrecked California. Here's How It Happened and How You Can Be an Ethical Photographer. 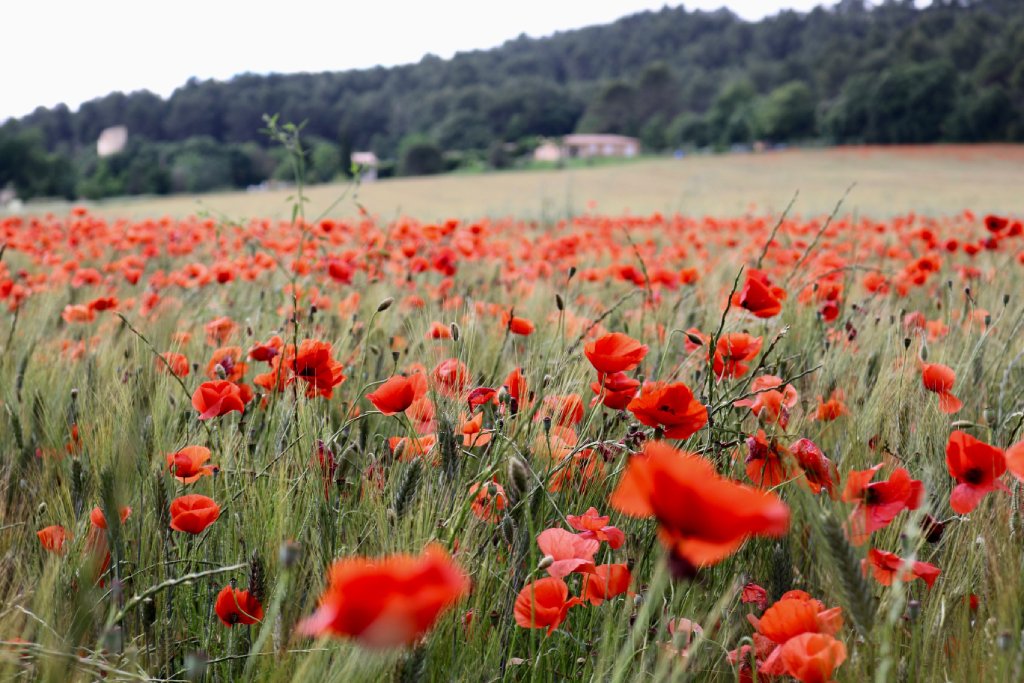 Photo by Roxana Crusemire on Unsplash

150,000 people upended Lake Elsinore, California last weekend in search of the perfect shot of something known as the #Superbloom.

Lake Elsinore, after using every available resource to try and control the unruly crowds, closed the canyon. Then, they reopened it. Officials from nearby cities flooded in as support.

The mayor of Lake Elsinor went so far as to post a personalized video on Facebook pleading with tourists to stop coming.

All of this chaos was caused by Instagram mayhem over a measly poppy flower, or rather many of them.

California received record rains this year, as did the whole of the United States, and as such the wildflowers went crazy.

The tourists not only overran the small town of only 70,000 residents, but they began ruining the flowers during attempts to get better photos.

The other list of ridiculous and unsafe behavior included:

While we don't condone the reckless behavior of most of the selfie-sticking touting tourists, we also know many photographers did their best to follow the requests of city officials and police.

Plus, the #Superbloom is truly too magnificient and extraordinary to not admire.

Can we talk about this beautiful flower? Our dear friend @teamwoodnote is looking stunning in our California poppy super bloom. Caroline and her sister @aprettycoolgirl are a constant source of inspiration and beautiful reminder of self love. These two talented artists are making me want to run around in the wild in my birthday suit. I love you ladies.... #superbloom #nudiecutie #goldenpoppy

The folks over at RedCapCards, a small publishing firm, create otherworldly cards and paper products for those moments in life when Hallmark doesn't cut it.

They gave a beautiful shoutout to model and photographer, Margaret B. aka APrettyCoolGirl.

We love her posts because she is quick to point out that she didn't stray from the path for these entrancing photographs and that she purchased the flowers used for her artistic nudes at a flower market prior to arriving in Temescal Valley.

Let me just start by saying ~*we were on the path and I PURCHASED these flowers at the LA flower market and brought them, I didn’t pick them*~ and anyway, had a fun sister date with @teamwoodnote enjoying the super bloom 😂 Took nudie pics of each other and just enjoyed this INCREDIBLE beauty. Like honestly I couldn’t get over what I was seeing with my eyes. We didn’t even go to the popular spots, we just went to a trail I found on the map and ya know what, it did just fine. Saw a lot of people being respectful of nature today and was encouraged to see little ones out with their parents getting to learn about nature and see something this wonderful. Hopefully they didn’t see more than they bargained for...we were quick!!!! 😬👋🏻💕 #Basic #NeverSaidIWasnt #californialove

We love seeing small business supporting each other while also acting ethically with their props.

**PLEASE READ THE ENTIRE CAPTION** Happy Friyay guys! What will you be doing this weekend? I have a fun packed weekend planned with the kiddos and can't wait to share what we have in store. Before I do, I want to use this time to remind everyone who plan on going to Lake Elsinore to see the #PoppyFields to PLEASE Stay On The Trails, Stay Within the pink area for photos, Use Good Judgement and help preserve and protect and respect the environment and the community of Lake Elsinore. 🌸 I debated on whether I should post this photo because of the amount of Hate msg I have gotten on my last two photos even though I have also posted proof of the photos taken within the allowed areas. Yet many ignorant people are quick to judge and jump into conclusion with only a glimpse of the visuals and completely ignored my CAPTION. Some even asked me to take the photos down because it is misleading the public in thinking that I am trampling on the poppies just for Instagram. 🌸 Those people need to get something straight: 1. The photos you see on my platform are taken ON THE TRAIL #noflowerswereharmed 2. Get your facts straight before you puke your negative comments. You have no right to cyber bully ANYONE by hiding behind your private profile and your tiny glass screens even if some of the photos are wrongfully taken. 3. Those shouting "You Are Killing The Flowers, Get The F Off", you guys are the worst!! Unless you are a vegan, drives an electric car, living in a sustainable house, using all organic products, you are not above anyone in the global climate depreciation and the slow death of our planet. So get your self-righteous, judgements butt off the couch, get out there and make a real difference in protecting the environment. 🌸 No, I will not take your coward bullying comments. No, I will not take my photos down. They are imageries of art that @munopia and I created. I want to influence with positive messages and I sincerely hope people read these educational captions. #lakeelsinore #bysheree

On the other hand, we also respect photographers like BySheree who stand up for the work they believe in.

She states in her #Superbloom post that the amount of hate messages she received became almost unbearable. However, she defends her work as ethical, condemns cyberbullying and keeps on posting her gorgeous photographs.

One of our favorite moves a lot of these photographers make, though, is to bring their own props.

Picture me: crouching in a dirt patch shooting up at a tiny patch of flowers and shouting at @jj.in.la which way to angle her hand to get the reflection right 😂 swipe ——> for a BTS shot of the area and to see proof that no poppies were harmed in the making of this shot! When we went to Lake Elsinore two weeks ago to see the poppy superbloom we only shot in the designated photo taking area that had been roped off by officials who were there diligently watching (and asking anyone too close to crushing the poppies to stop/move). I’m a nature-loving hippie at heart, who grew up on a tiny island off the coast of BC, Canada and I would never crush flowers!!! . . . . . . . . . . #superbloom #superbloom2019 #poppyfields #poppies #poppysuperbloom #flowerfield #lakeelsinore #lakeelsinorepoppies #californiapoppies #whpplayful #colourful #colorsplash #abmstyle #abmlifeiscolorful #livecolorfully #ihavethisthingwithcolor #colorventures #huntgram #huntgramcolor #colorgram #thatcolorproject #myunicornlife #flashesofdelight #thatcolorproject #justbehue #agameoftones #welivetoexplore

TheSlyestFox, an LA-based art director and photographer, did just this with a small mirror.

The best way to prevent land getting ruined is by bringing your own toys to mess with.

Finally, we can't get enough of MarlonHolden's fine art photography.

Sometimes we forget that the simplest photographs of nature are the most beautiful.

Plus, he gives you a cheat sheet for exactly how to take each photo. He took this with an ISO 200 and a shutter speed of 1/320.

How Much of This Is About Photography Ethics?

Plus, photography ethics are difficult to outline. For one, each person needs to sit down and create a list of what they want to get out of their photography and this can inform how they want to go about creating shots.

As an example, photojournalists will have an entirely different set of rules for a shoot than a fashion photographer. One photographer wants to capture the world as accurately as possible and one wants to create a fantasy.

However, there are some rules everyone can follow, especially when you are shooting outdoors.

A Possible Solution from... China? 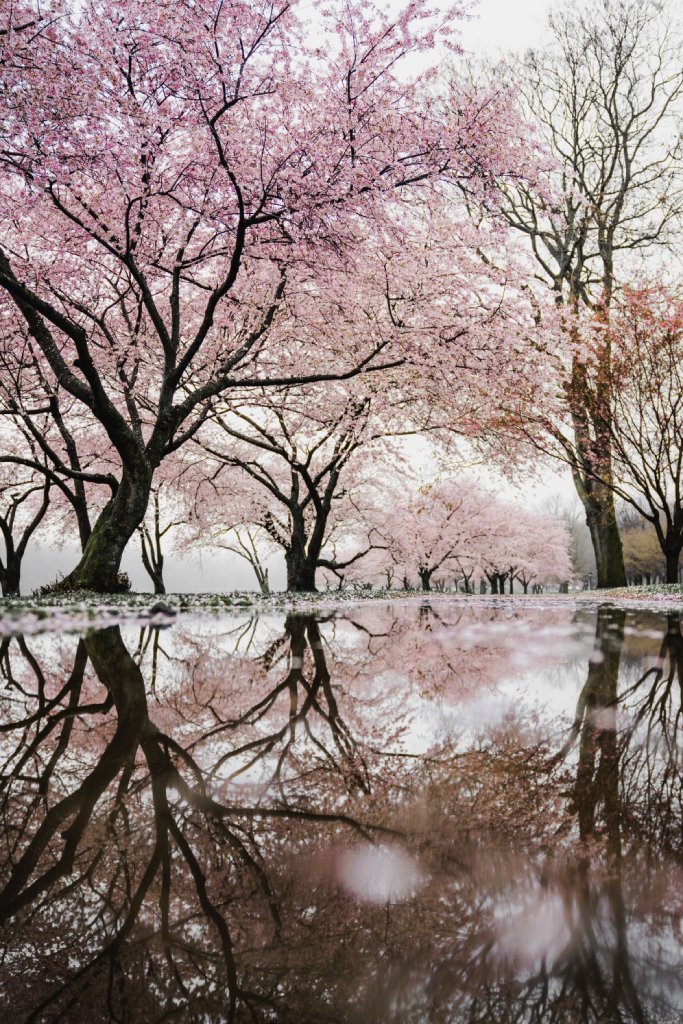 Photo by Banter Snaps on Unsplash

China has a huge problem with tourists flooding their country during cherry blossom season and ruining the cherry trees.

Why on earth would anyone want to shake cherry trees, you might ask. In order to get the blooms to fall over their faces for the perfect selfie.

So, Wuhan University created an app that simulates cherry blossoms falling over your face.

You can even blow on them. 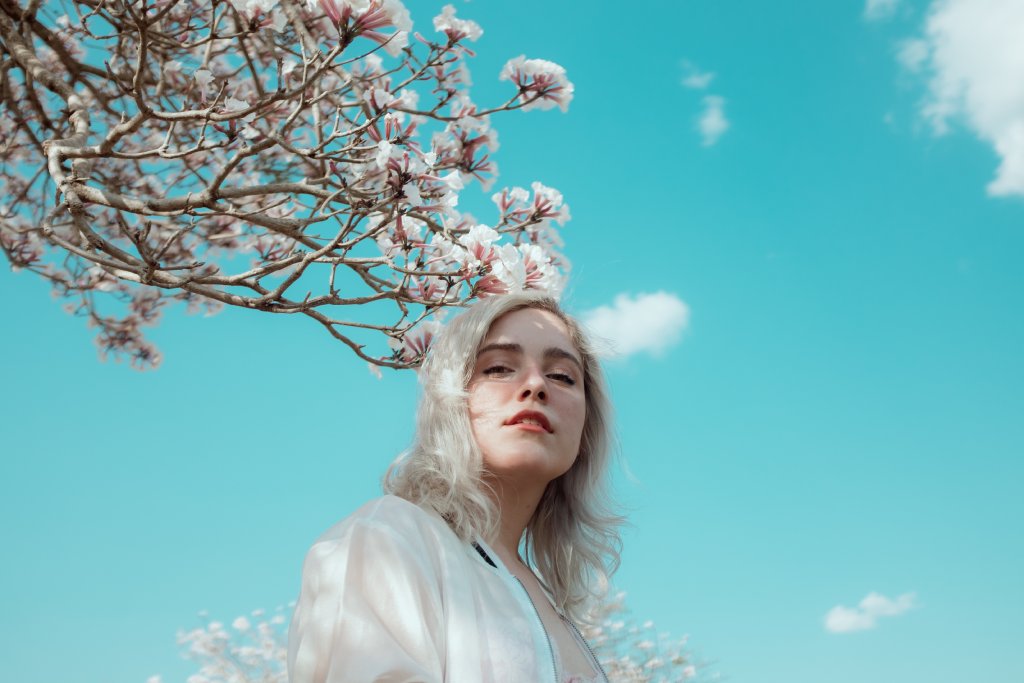 The university also only allows a certain amount of visitors each day, and the visitors have to save their spot 3 days in advance.

Via the South China Morning Post and the San Francisco Chronicle