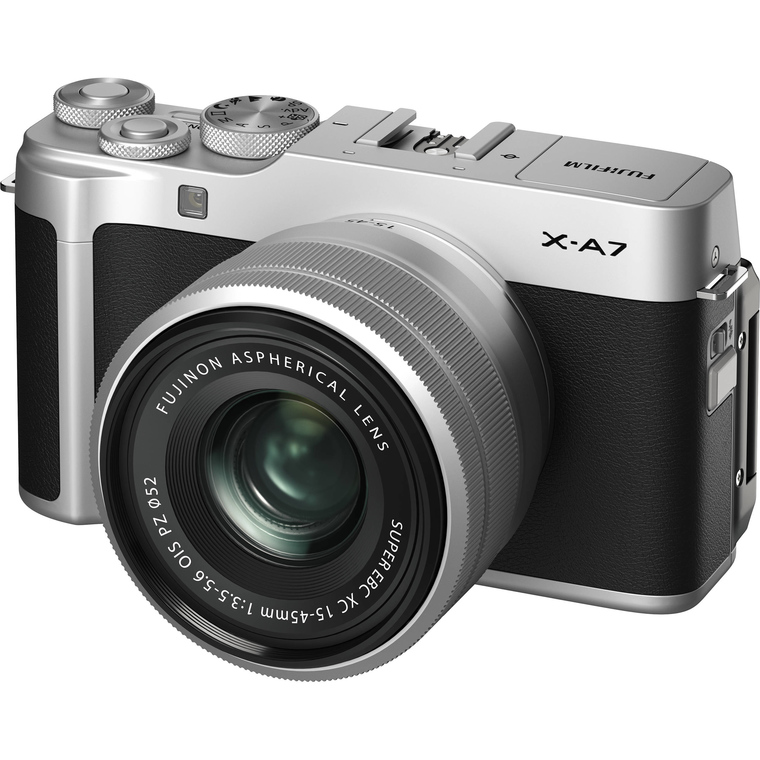 Fujifilm’s X-A series has won wide acclaim from many in the industry as being highly capable entry-level cameras with a great price tag.

It appears as though the X-A7 continues that tradition with a rich set of features, a number of significant improvements over its predecessor, the X-A5, and a bargain-basement price of just $700.

Let’s take a quick look at some of the primary features and specs of this hot new camera. 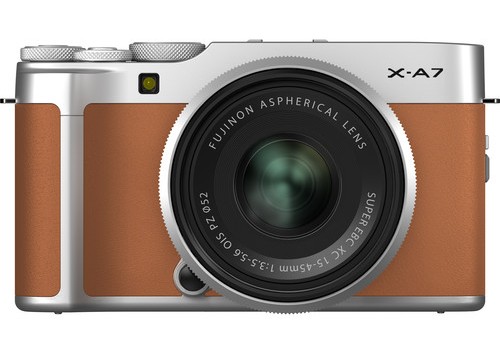 As an entry-level camera, the X-A7 isn’t going to blow your mind with specs on the level of the new Sony a7R IV.

However, for an entry-level camera, you get quite a lot of goodies: 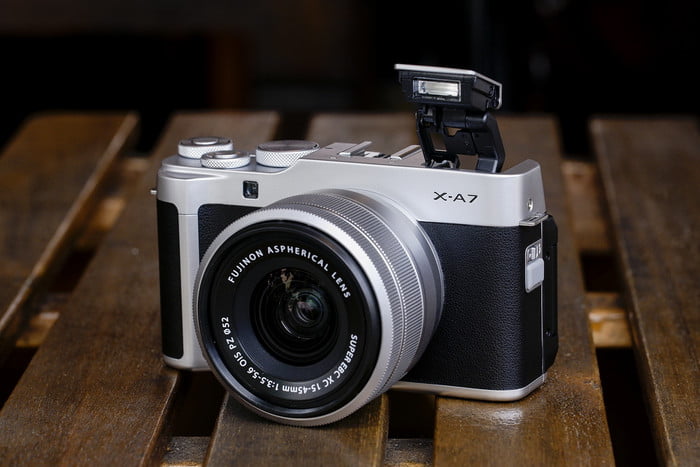 There are a couple of things of note about the specs above.

First, this camera has an all-new sensor, and though it offers the same resolution as the one found in the X-A5, improvements to this sensor (like copper wiring) will improve the camera’s speed and its ability to record video in 4K.

Secondly, this new sensor has more than eight times the number of phase-detection pixels as the X-A5, bringing the total autofocus points to 425. That is an impressive number for an entry-level camera, and with all those AF points, autofocus performance should be much-improved. 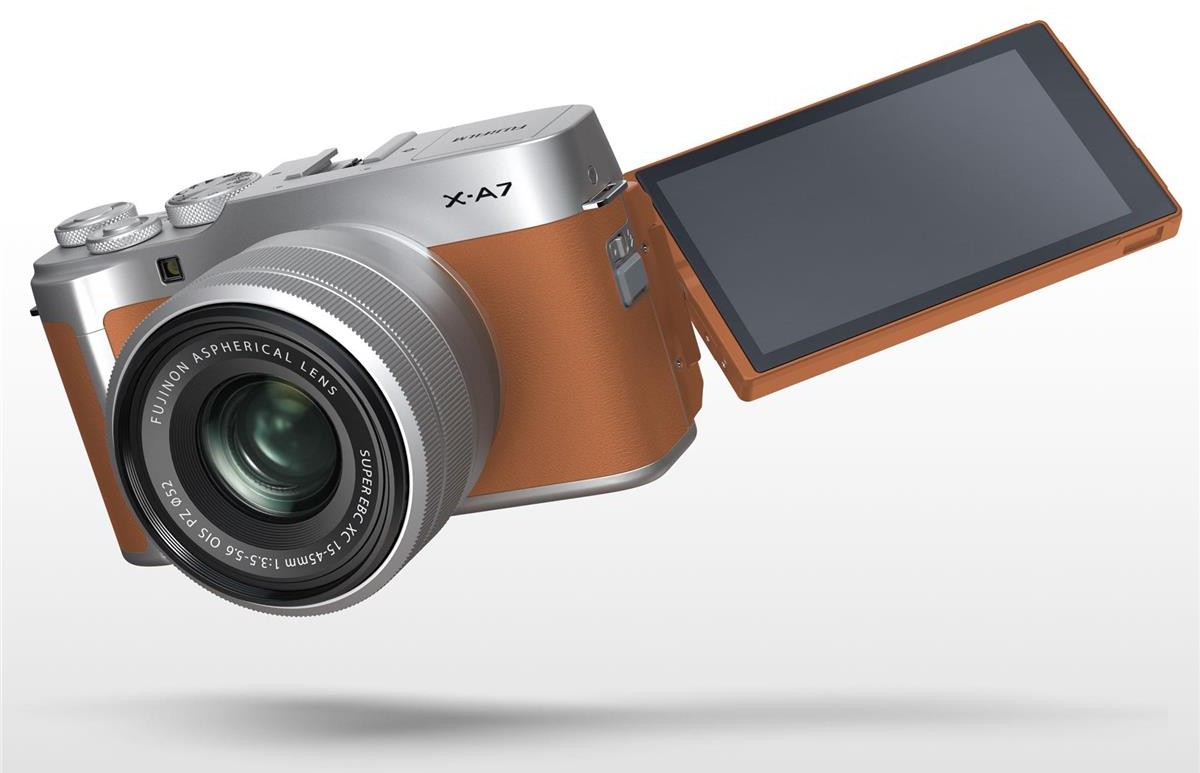 Yet another thing to note here is the enormous LCD on this camera.

This is not a large camera by any stretch (More on that later), so having an LCD that’s 3.5-inches wide is quite the accomplishment (though, since the camera has no viewfinder, there’s more room for a big LCD). What’s more, the screen has a robust 2.75-million dots of resolution, which is greater than many professional cameras offer.

Not only is the screen articulating and touch-enabled, but it’s in 16:9 format. While this means there will be black bars on either side of still photos (which are taken in 3:2 aspect ratio), it’s ideal for shooting video. Combined with the 4K video at 30p, it should make for a very nice combination for beginner videographers. 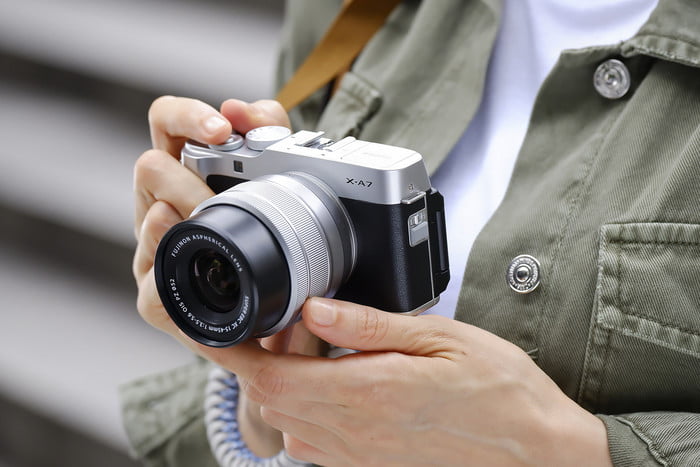 A lot of new photographers that want to upgrade from a point-and-shoot camera or their phone to a “real” camera often want something small and lightweight, and the X-A7 certainly delivers on that front.

By itself, the camera weighs barely more than 11 ounces, and with the kit lens attached (the XC 15mm-45mm F/3.5-5.6), the whole thing weighs right at about one pound. If you want a highly portable camera, this is it! 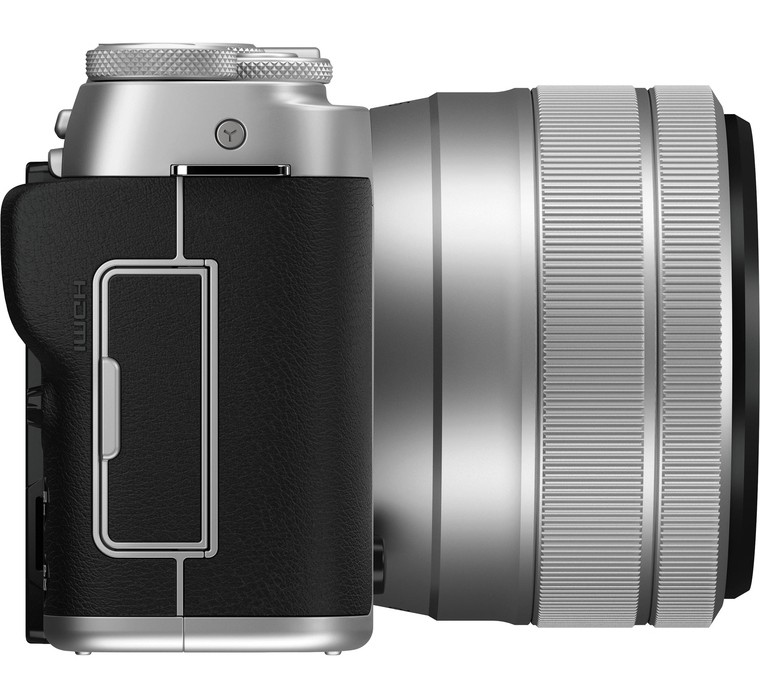 Of course, being such a small camera means that it can be a little challenging to handle for large-handed adults (and many people with regular-sized hands, too).

As you can see above, the “grip” isn’t exactly beefy, but then again, this isn’t intended to be a camera that professionals use for an eight-hour wedding shoot. See how the camera handles in the video below by the Fuji Guys Channel:

On one side of the camera is a microphone jack, which is great for video work, though it’s a 2.5mm jack, so you’ll have to use the included adapter to step up to the normal 3.5mm size.

On the other side of the camera are multiple ports, including a micro-HDMI and a USB-C, the latter of which can be used to both charge the camera and transfer files (at USB 2.0 speeds, unfortunately). 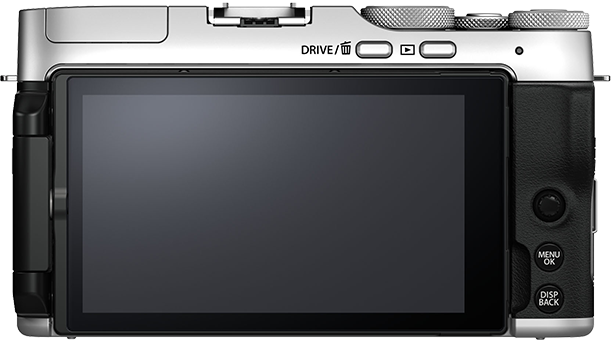 The new joystick on the back of this camera has eight-way functionality and is used to work through the camera’s menu system. It’s also used to move the autofocus point.

On the top of the camera is a front control dial, a rear control dial (with a customizable function button inside it), a mode dial, a recessed on/off button, and a hot-shoe mount.

The bottom of the camera features the battery door where the NP-W126S battery is housed (the memory card slot is located next to the battery as well).

For such a small camera, it has great battery life of around 440 shots. 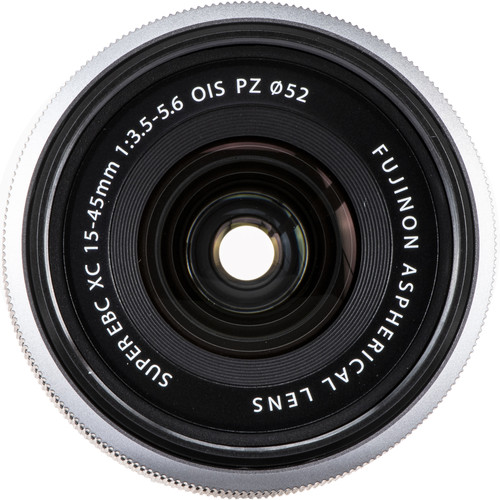 With the 1.5 crop factor, the lens has an effective focal length of 23-69mm, so you can range from wide-angle to near-telephoto shots with a single lens, and do so with smooth, electronic zoom control to get precise focusing. 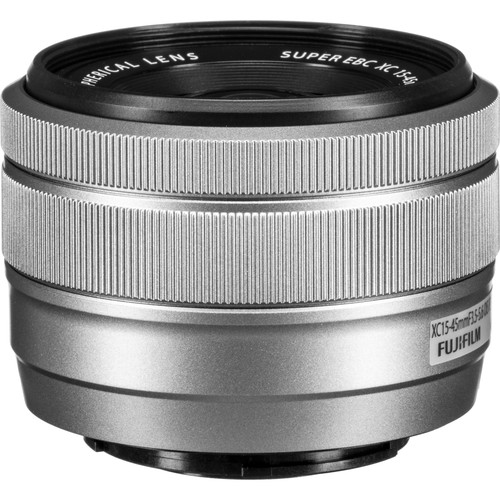 The lens also has optical image stabilization so you can shoot at slower shutter speeds while keeping camera shake at bay (within reason, of course...it offers three stops of stabilization).

Additionally, this lens gets high marks for its sharpness and clarity, thanks to the aspherical and extra-low dispersion elements used in its construction. Add to that a Super EBC coating that reduces ghosting and flare while boosting color accuracy and contrast, and you have the makings of a very nice kit lens for the X-A7.

Of course, being an X-mount camera, you can utilize any X-mount lens with it. 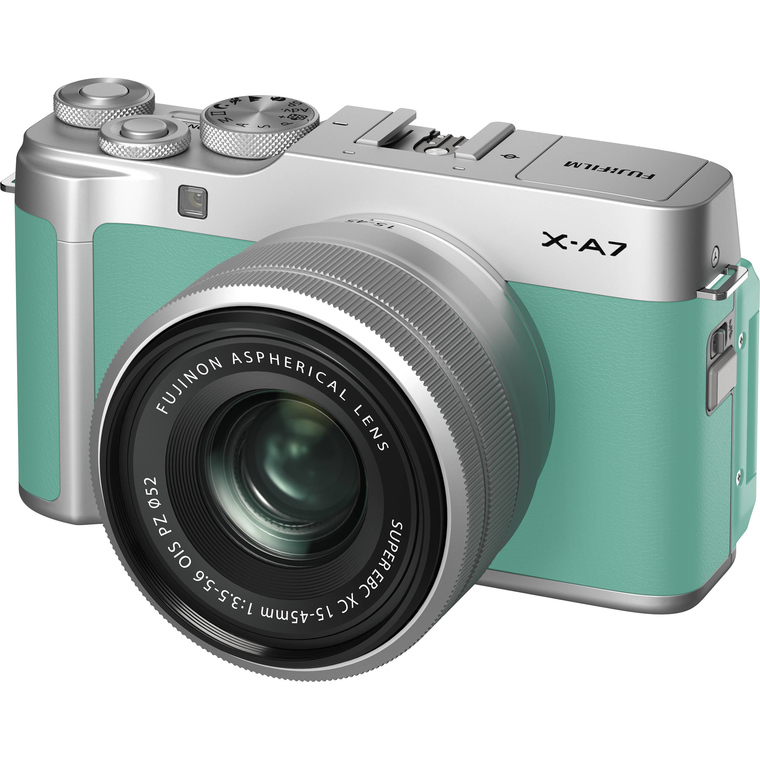 As noted in the introduction, the Fujifilm X-A7 price is just $700, which is a great price, especially  considering that the kit lens sells for $300 on its own.

The camera is currently on pre-order and comes in a variety of colors, including mint green, dark silver, and camel. Shipments are expected to commence on October 31, 2019.

If you’re ready to jump on the X-A7 bandwagon, you can pre-order yours at Samy’s Camera today.

I’ve been a customer of Samy’s for years and years and can’t give them enough praise for their selection of gear, their customer service, and their dedication to making sure I have what I need, when I need it. If you want the best gear at the best prices, I can’t recommend Samy’s Camera enough!