These Photos of Mars Could Make NASA Jealous

The ExoMars Trace Gas Orbiter, a satellite launched by the European Space Agency (ESA) and Russian space agency Roskosmos, is out looking for methane, but it's taking incredible photos of Mars while it's at it.

The above photograph, one the ESA recommends looking at with 3D glasses, shows the circular depressions in Mars' southern hemisphere.

These type of depressions are one of many reasons scientists believe Mars was once a wet planet. 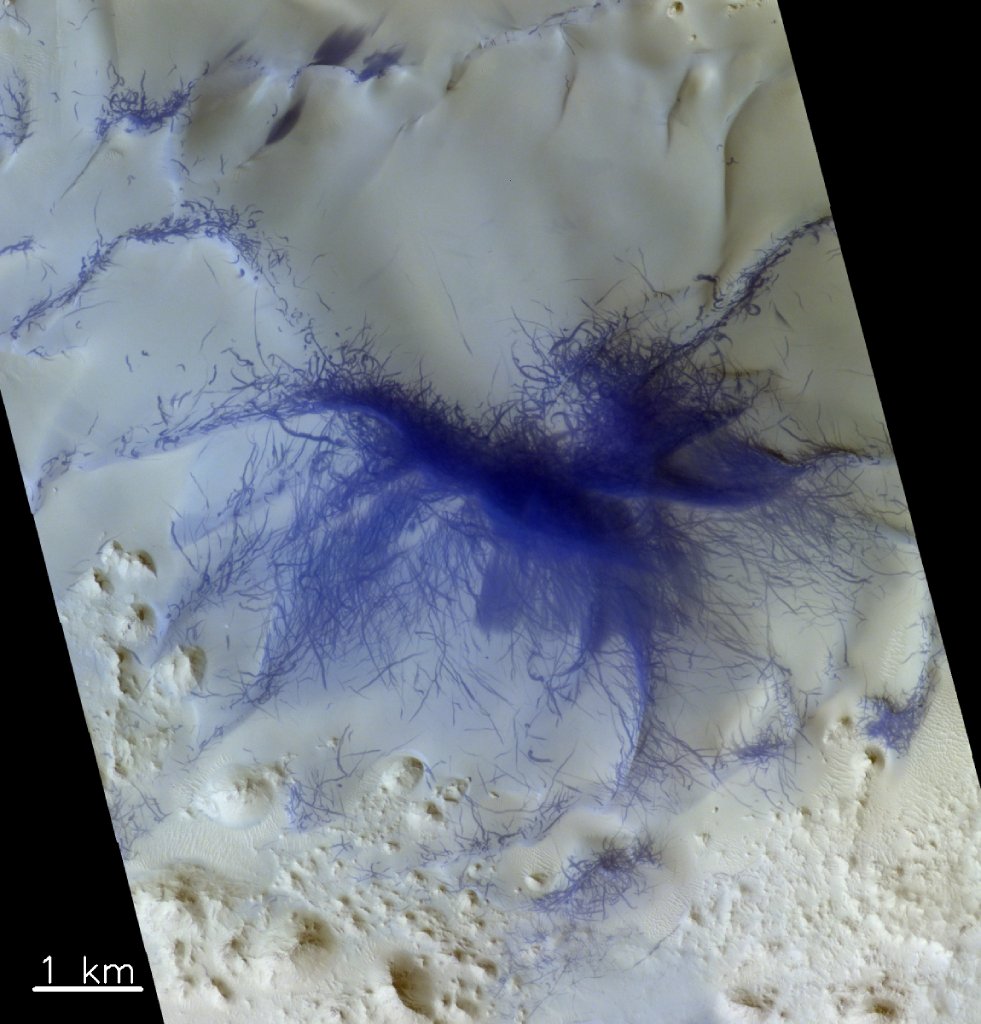 This mesmerizing photo shows the results of possibly thousands of martian tornadoes.

While the color is artificial (the natural color would appear dark red), the photo attempts to show streaks on the surface that were caused by dust devils.

The reason why the true color of these ridges is a deep red is because the tornadoes tear up the existing surface and expose newer material below. 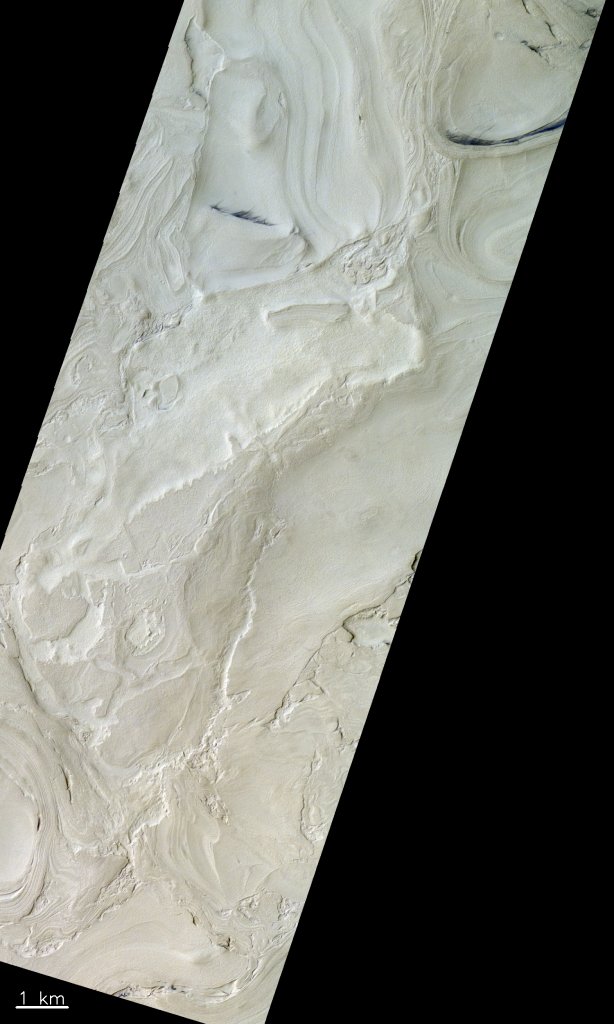 This marbled texture is a landform located on the Hellas Basin called "banded terrain."

If you look closely, it appears as though some bands are rolling downhill. Some scientists believe the bands are mostly ice, but a conclusion is yet to be reached in the community. 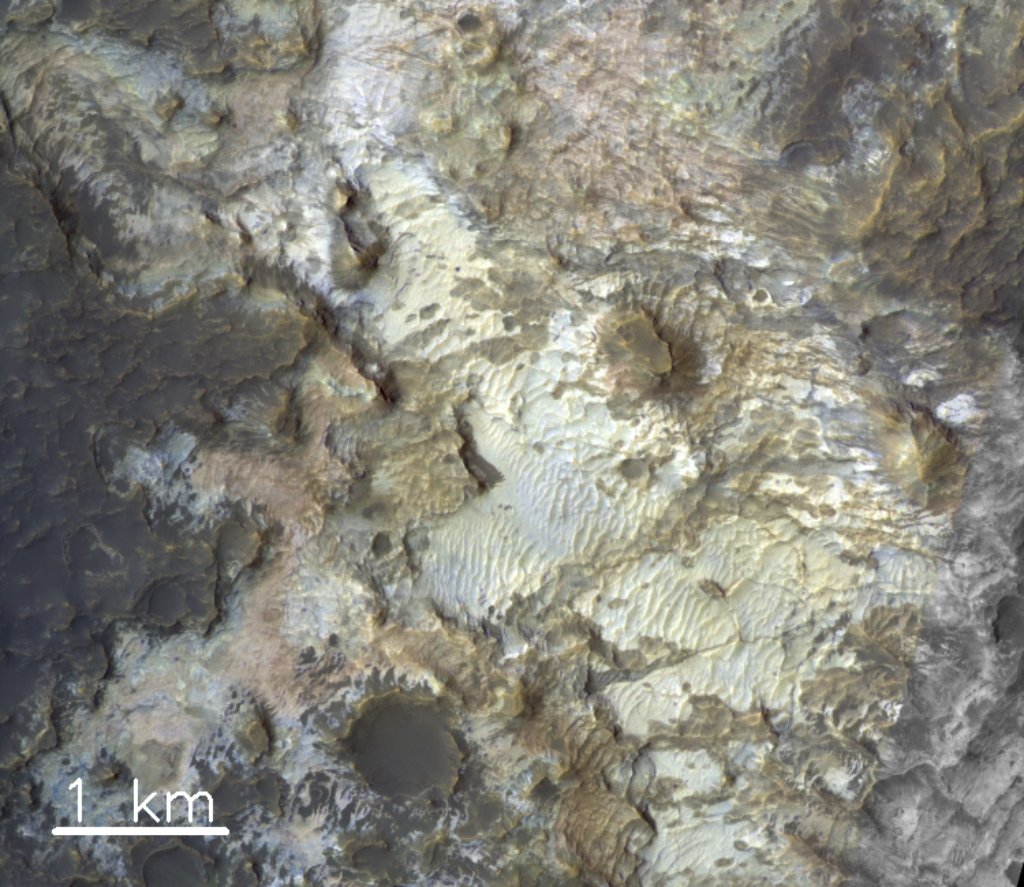 This photo is a color composite and allow scientists to study the minerals found on the planet.

This was taken of the bottom of a crater, where they may have been ancient lakes at one point in time. 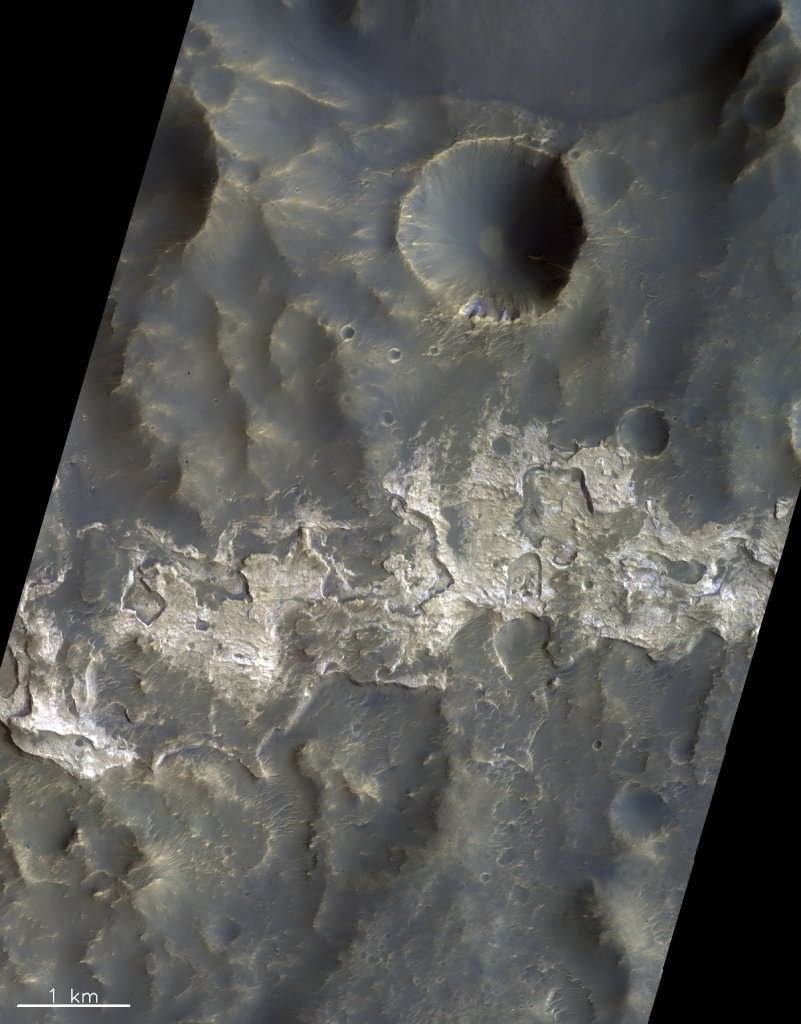 Think of the white streak in this photo as a "bathtub ring." It is a deposit formed by a now dried up lake.

This, out of all of the photos, would be an area where life could have been sustained in the distant past.

You can take a look at all of the ExoMars photos here.