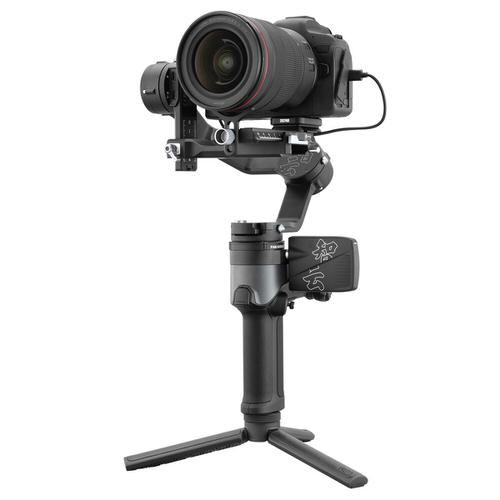 Three years ago, for example, I spent next to no time working on videos for the PhotographyTalk YouTube channel. Now, it's one of my primary tasks each workday.

But adding video to your repertoire is obviously more complicated than simply switching your camera to video mode and shooting footage of whatever you please. You need certain accessories to help you be successful, and at the top of that "must-have" list should be a high-quality gimbal. For my money, it's tough to beat the Weebill 2.

With that said, let's take a deeper look at the Weebill 2 so you can see why it's such a smart investment for improving the quality of your videos. 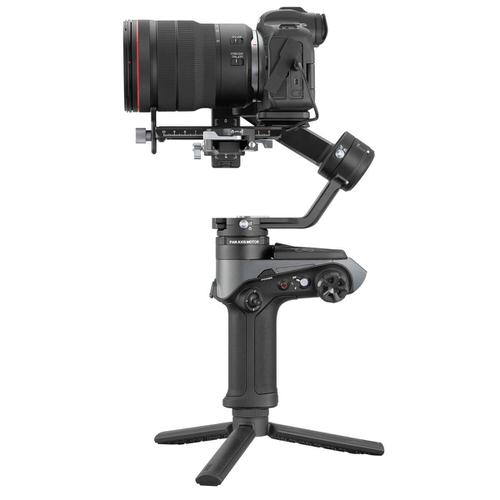 Let's kick things off with a quick overview of the Weebill 2 specs and features:

The Weebill 2 is outfitted with an Infineon sensor that works with an upgraded algorithm and motor to provide you with improved stabilization. Paired with the improved stabilization is a 2.88-inch vari-angle color touchscreen that can be flipped out of the horizontal part of the gimbal's body or folded back in when not in use. If you pick up Zhiyun's TransMount Video Transmission Transmitter AI, the flip-out touchscreen can be used as a monitor to view footage. You can also use the screen to keep tabs on the SmartFollow Object Tracking if you have the TransMount Video Transmitter. 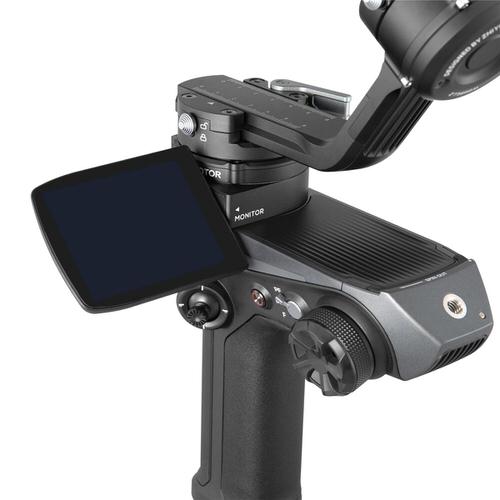 The gimbal can be controlled remotely, and to provide more utility, the Weebill 2 comes with a mini tripod that attaches to the base of the grip.

If you're a solo shooter like I am, this gives you the ability to get B-roll footage while controlling the gimbal from your smartphone. As an aside, the mini tripod also folds up and can be used as a grip extension. You can add a quick-release sling grip to the Weebill 2 for getting low-angle footage as well.

Of note is that while this is considered a small gimbal, it isn't limited to use with small cameras. It's compatible with full frame rigs with big lenses. Now, obviously you probably don't want to spend hours and hours shooting video with a Canon 5D Mark IV and a big zoom lens on this thing, but I suppose you could do so if you like! 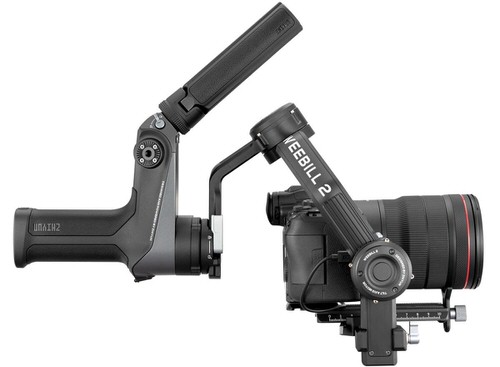 Aside from the base configuration, you can opt for two packages - the Combo or the Pro.

The Pro package includes everything in the Combo set and adds the wireless video transmission kit I described earlier as well as a follow focus motor. The Pro package is $899.

General Impressions of the Weebill 2 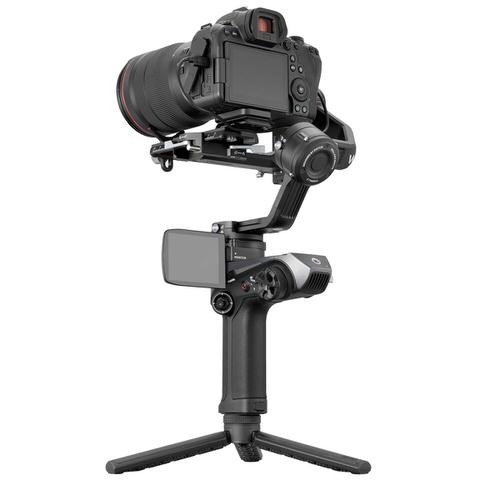 If you used the original Weebill gimbal, you'll immediately notice that the Weebill 2 feels as though it's built to a higher degree of quality. Sure, the Weebill 2 is more than a pound heavier, but I'd rather have a gimbal that feels more durable and comfortable in the hand, even if it means having to carry more weight.

The grip is fantastic. I like how there's only one button on the main grip (the trigger, which is on the front). The rest of the controls are on the horizontal section of the gimbal on the left-hand side. While some users have noted that this is a little inconvenient, I actually prefer this arrangement because it minimizes the chance that I'll accidentally press a button. Of course, since the controls are on the left side, left-handed users might not like the arrangement so much. 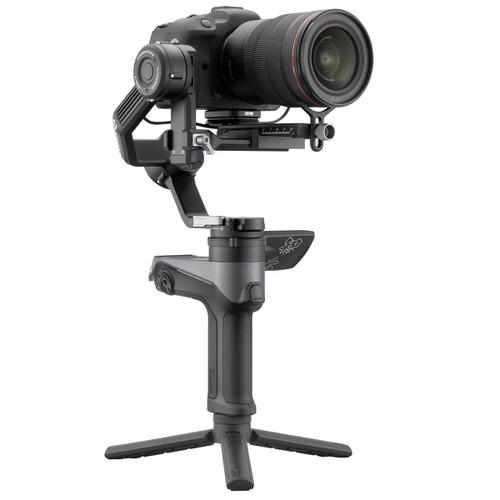 Depending on your camera and lens setup, you might only need to use mounting plates, though a long base plate might be needed if you have a long lens.

Whatever the case, the plates attach using screws and a hex tool. I'll admit that this isn't as convenient as it could be, but using a screw-mount system means the base plate is much less likely to move around.

Getting your camera balanced on the Weebill 2 was a simple, easy process. Fine-tuning the balance is incredibly easy thanks to the innovative flip-out touchscreen. 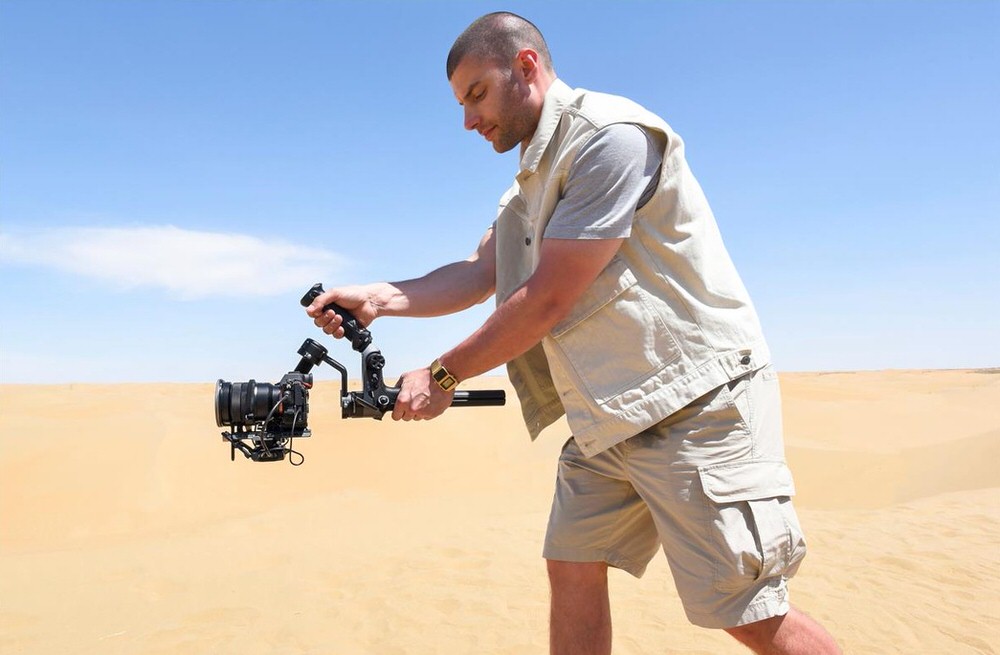 Once you begin using the Weebill 2, you'll find that it offers excellent performance. You get more than seven pounds of payload and the gimbal does a great job of keeping your camera nicely stabilized - even if you use a bigger full frame camera like I do. You'll find that the footage you get makes you look like a cinematic genius - okay, maybe that's a stretch. But you'll at least have buttery smooth footage at the end of the day. The Weebill 2 is quite skilled at smoothing out the shakes, jitters, bounces, and wobbles that occur when you're walking around with your camera. 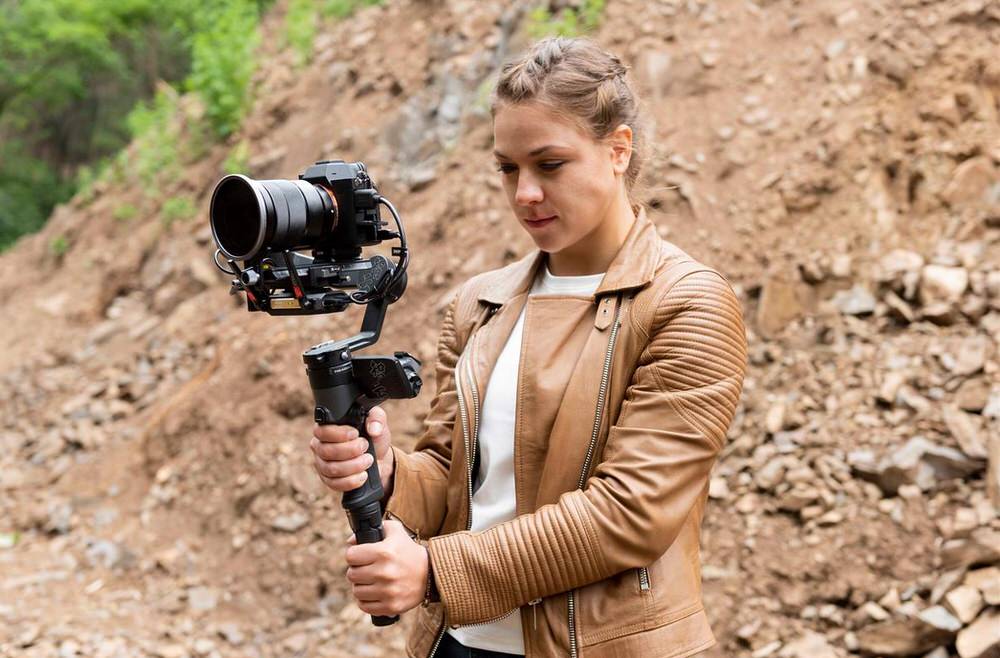 On the downside, the Weebill 2 has a built-in battery that is not replaceable. I'm not out for hours and hours on end shooting video, but if I were, it would be a downer to have to stop what I'm doing to recharge my gimbal.

Another puzzling feature is that the gimbal doesn't have an Arca-Swiss compatible plate. Since Arca-type plates are the standard, you lose compatibility with other gear and the flexibility of having a common plate system.

But, overall, the Weebill 2 is a well-designed, well-built, user-friendly gimbal that won't break the bank. For $549, you'll get a nice addition to your gear bag that will help you take your videos to the next level.