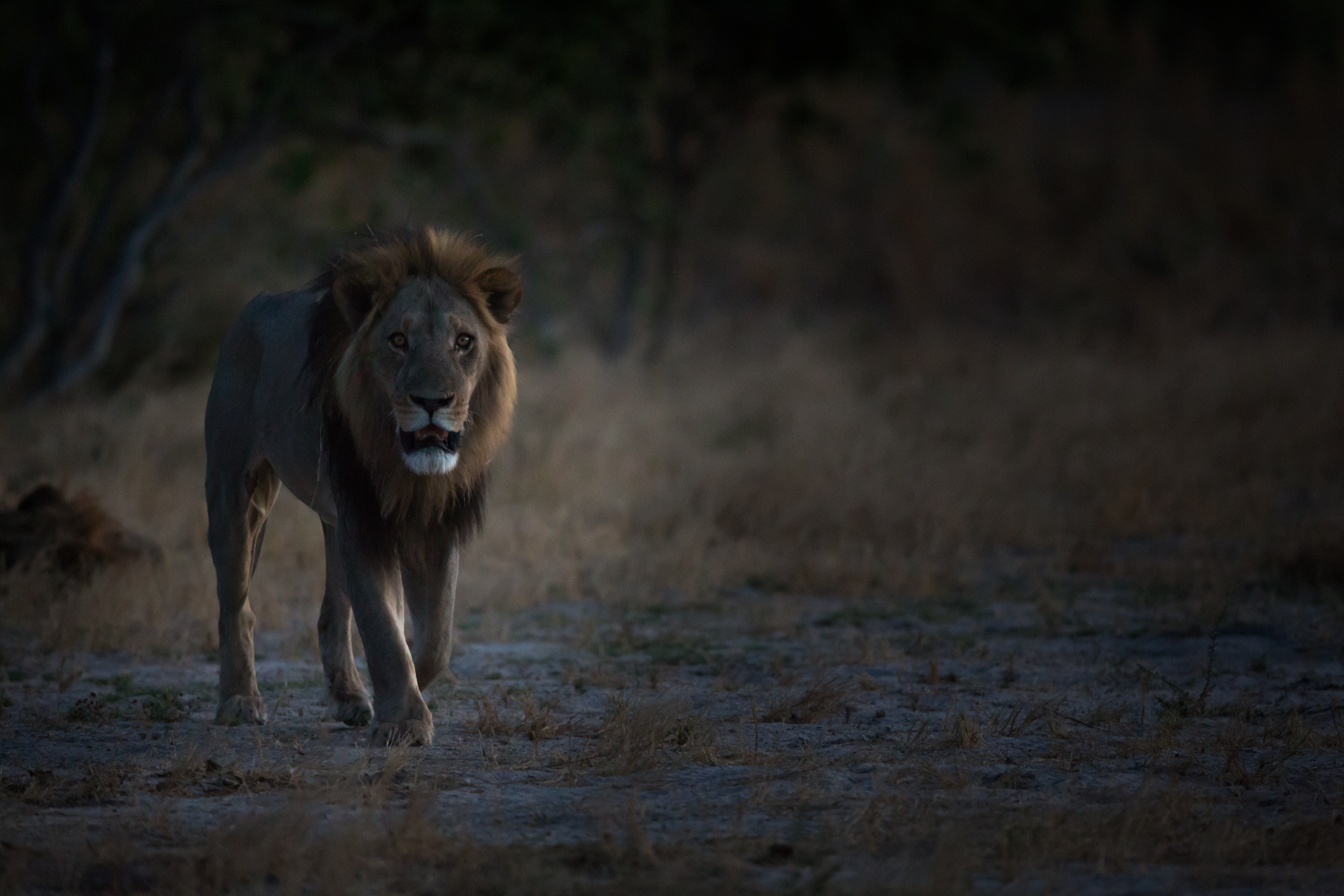 There is no doubt that Africa is a photographer’s dream with varied landscapes, welcoming people, and an abundance of wildlife that is unparalleled.

Of course, among all that wildlife are Africa’s wild cats - a top subject for wildlife photographers exploring this beautiful continent.

Below, we highlight some of the big cats you’ll want to seek out on your next adventure to Africa as well as a few smaller species that aren’t as well known but are nonetheless a prime subject for your photos. 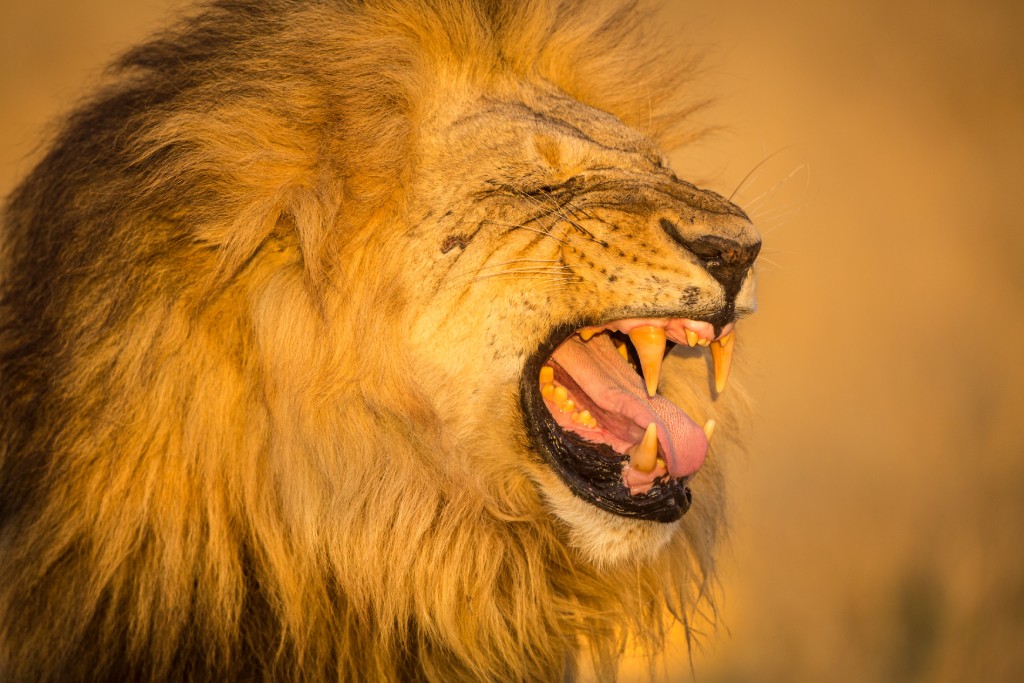 Lions are found in the wild in both Asia and Africa, though in both places the range of these animals as well as their numbers have dwindled in the face of poaching, habitat loss, and other human activities. 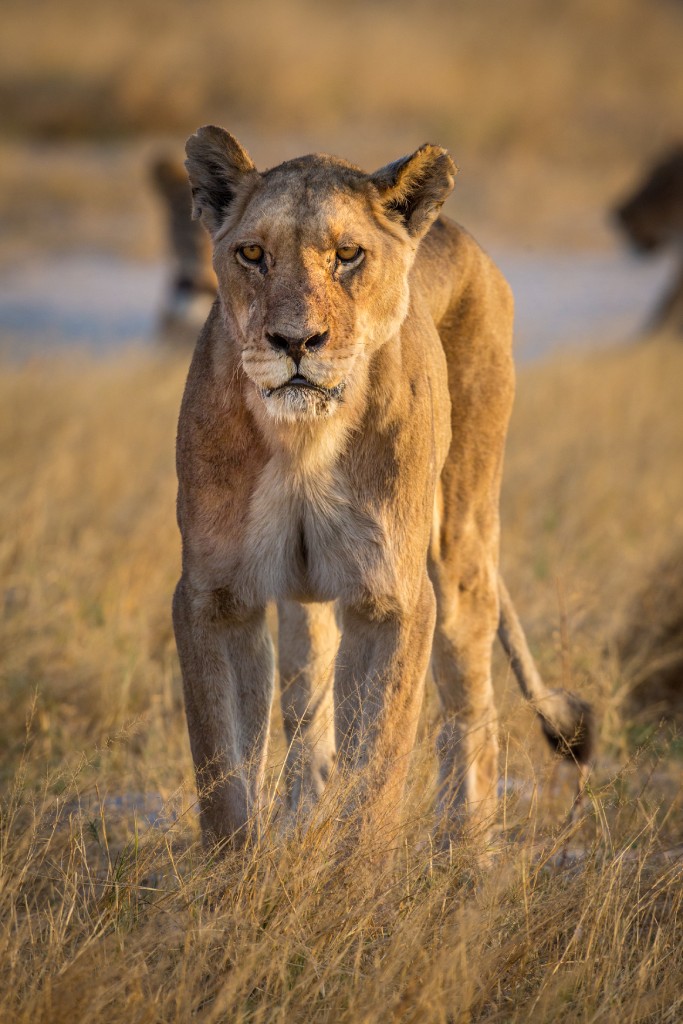 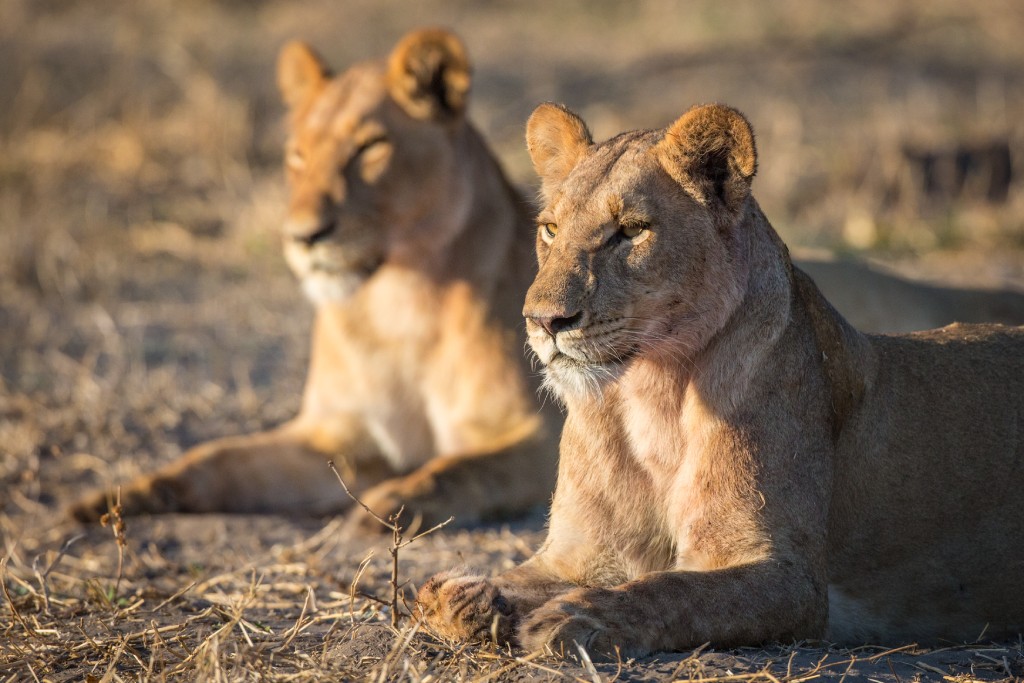 Unlike many cat species, lions are extremely sociable, which makes for excellent photo opportunities of prides of lions together, young lions playing, and so forth.

Lion photography tip: Mix up your portraits of lions by shooting close-ups and wider shots. Close-ups give the viewer a better look at the lion’s features and small details like their whiskers, while wider shots put the lion in the context of its surrounding. 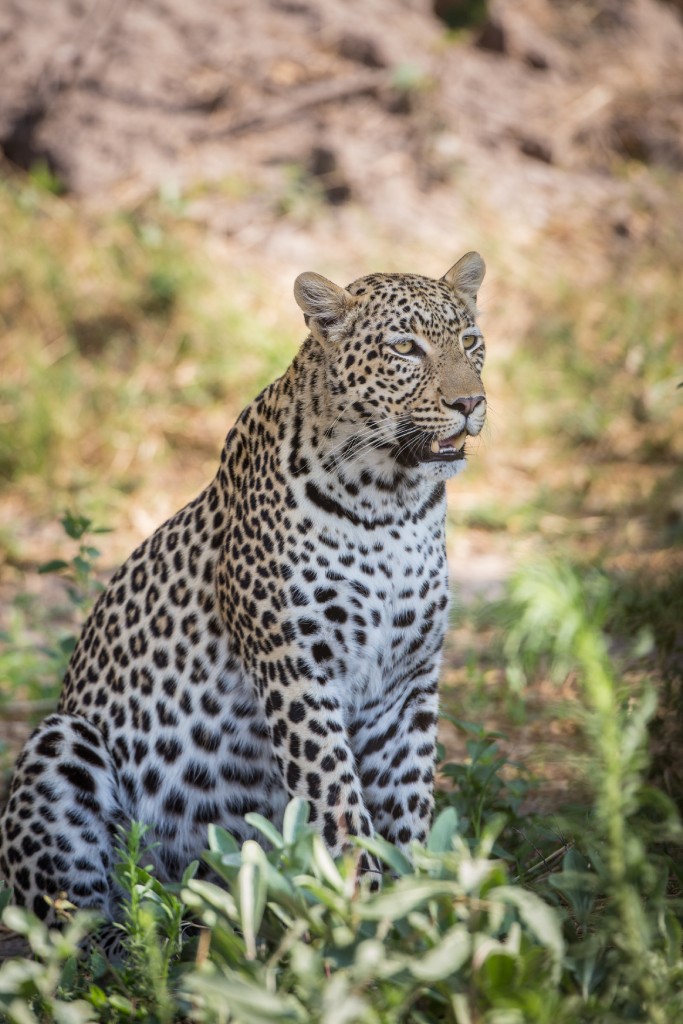 Leopards, which are instantly recognizable thanks to their spots, typically range in sub-Saharan Africa.

However, unlike lions, which prefer open savannas, leopards are highly adaptable to many different environments and can thrive from savannas to rainforests thanks in part to being excellent climbers and swimmers. 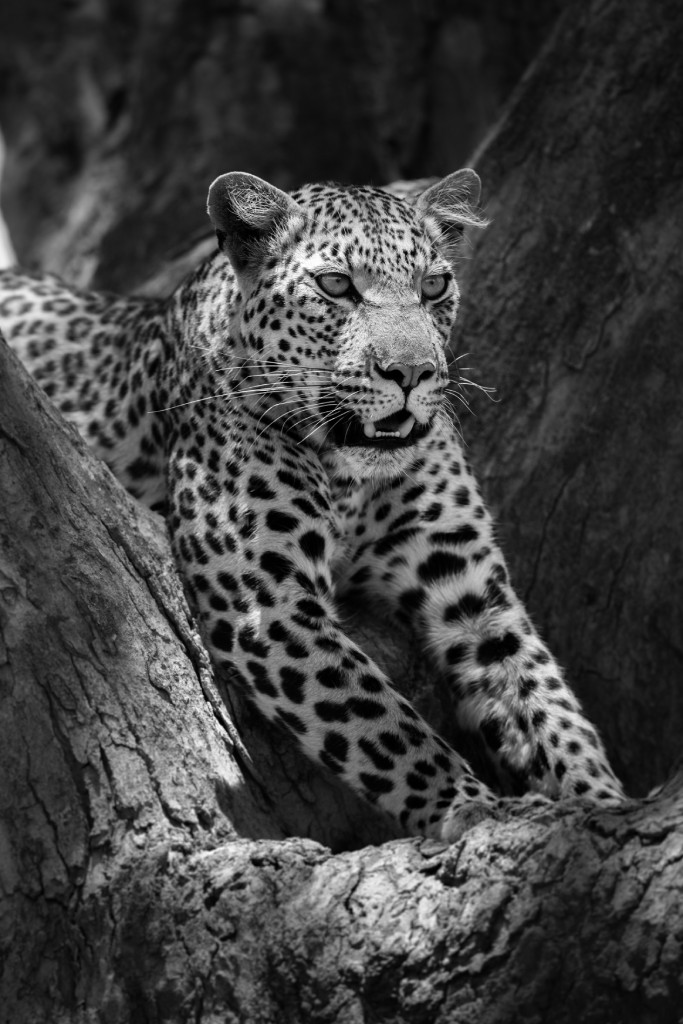 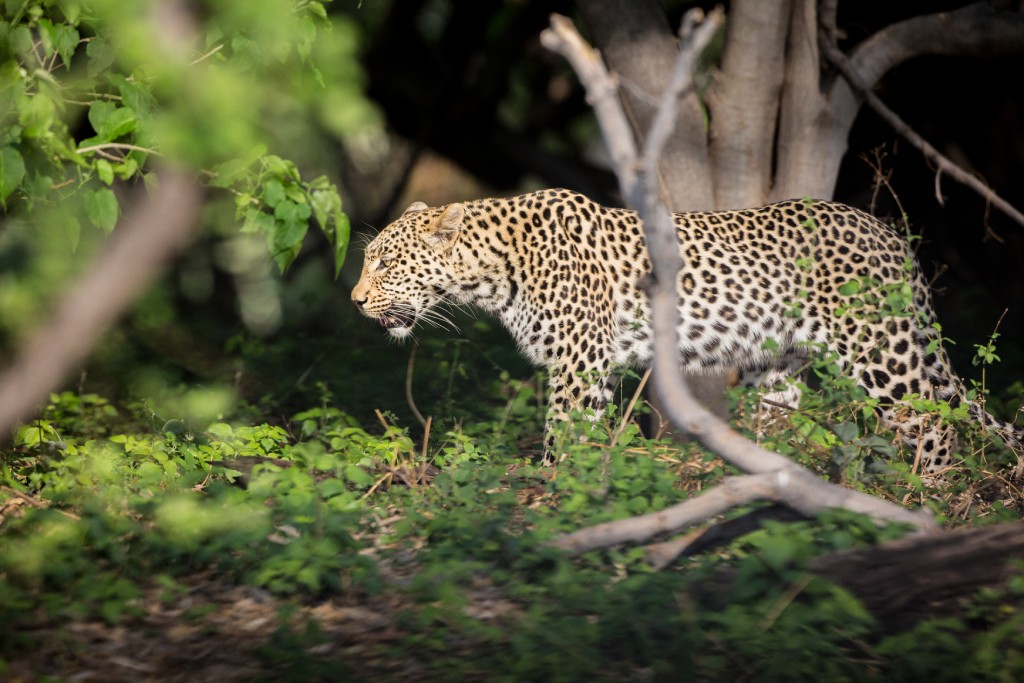 Aside from their spots, the most identifiable feature of leopards is likely their speed, which can exceed 35 miles per hour.

Leopard photography tip: Photographing leopards (and any other African cats) requires immense patience. Don’t settle for shots of the leopard lounging in a tree. Instead, wait patiently for the cat to look up, turn their head, or otherwise move around for a more compelling shot. 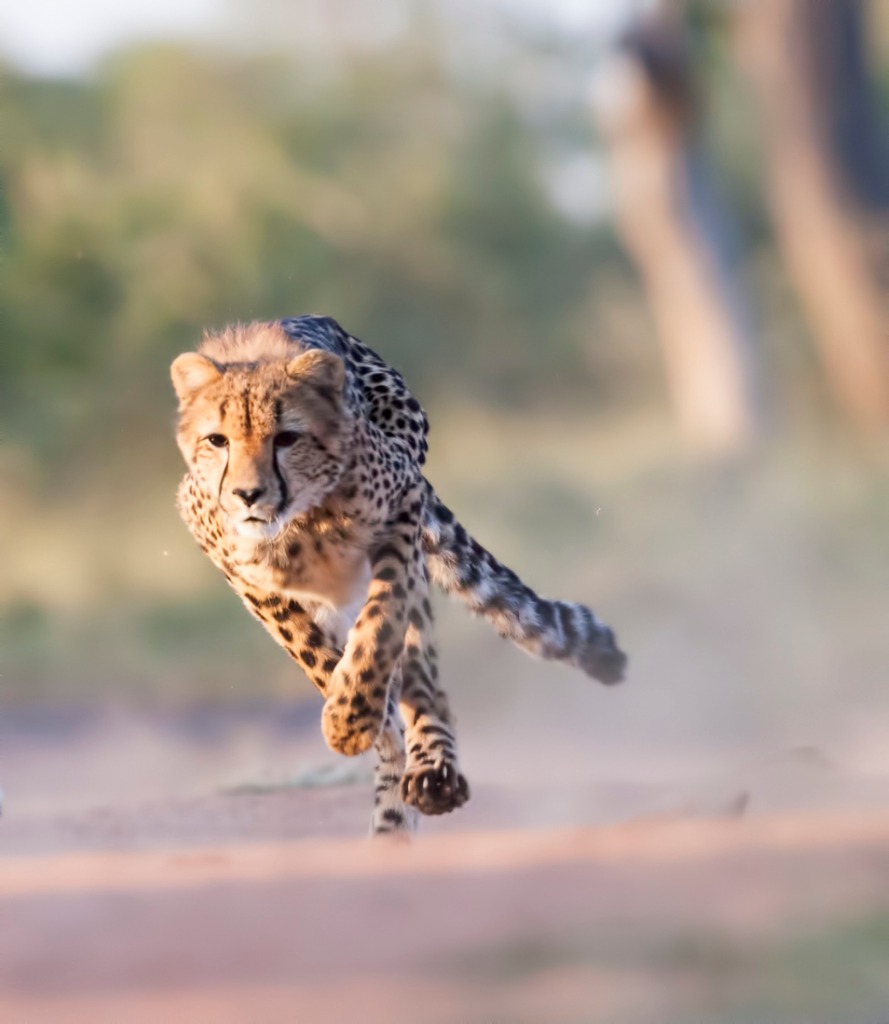 photo by Stefonlinton via iStock

Like leopards, cheetahs are found in a variety of habitats from thick woodland areas to open savannas.

Naturally, open savannas are a prime area for cheetahs to hunt given that they can run full tilt, which can exceed 70 miles per hour in short bursts. 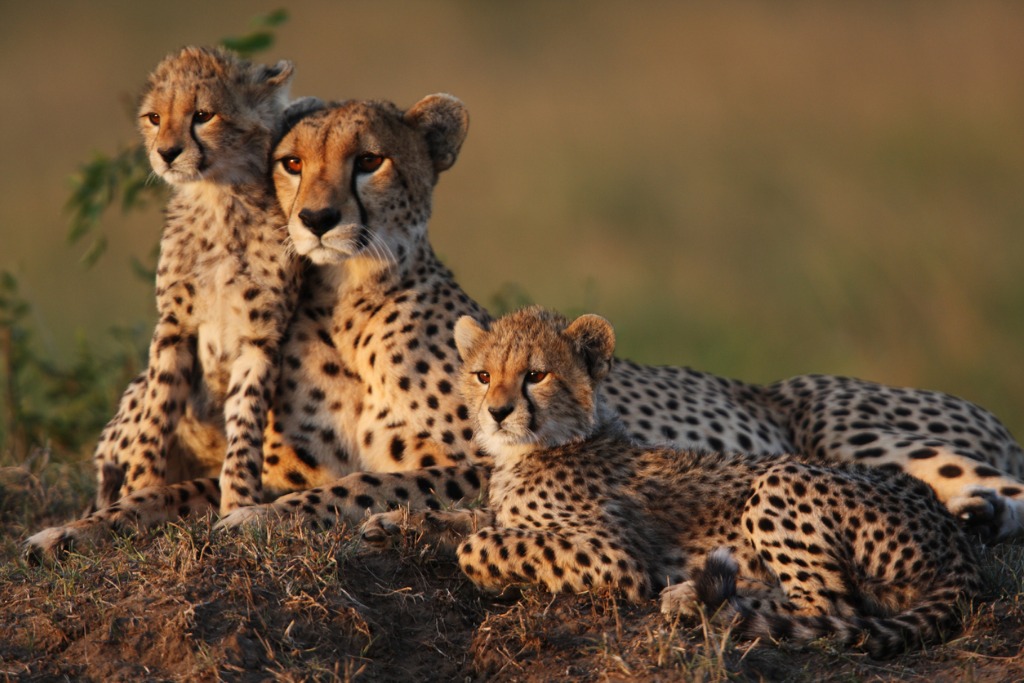 photo by GP232 via iStock 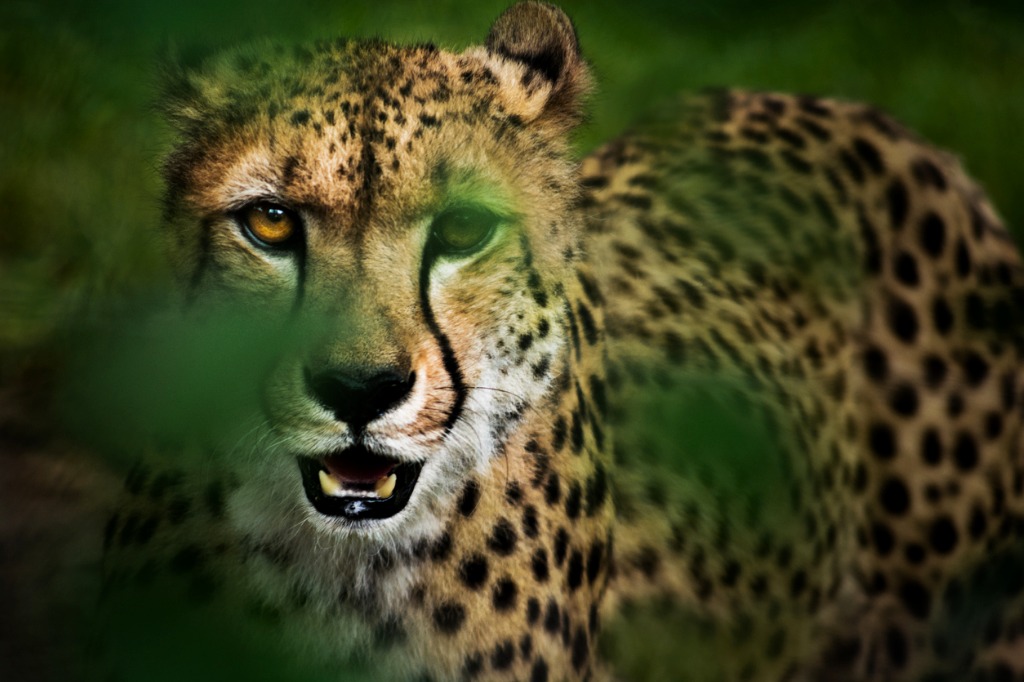 photo by Zocha_K via iStock

Aside from their blazing speed, cheetahs are perhaps best known for the black streaks on their face. Their spotted coat, deep chest, long tail, and slender build are further identifying features.

Cheetah photography tip: Cheetahs are more solitary than other big cats, though you can often spot mothers with cubs for taking “family portraits.” Likewise, be on the lookout for multiple males together. Typically, if males are together they are brothers and utilize one another’s help to bring down larger prey. Cheetahs are the least numerous of the big cats in Africa, so sightings of pairs and groups will make for a unique photo. 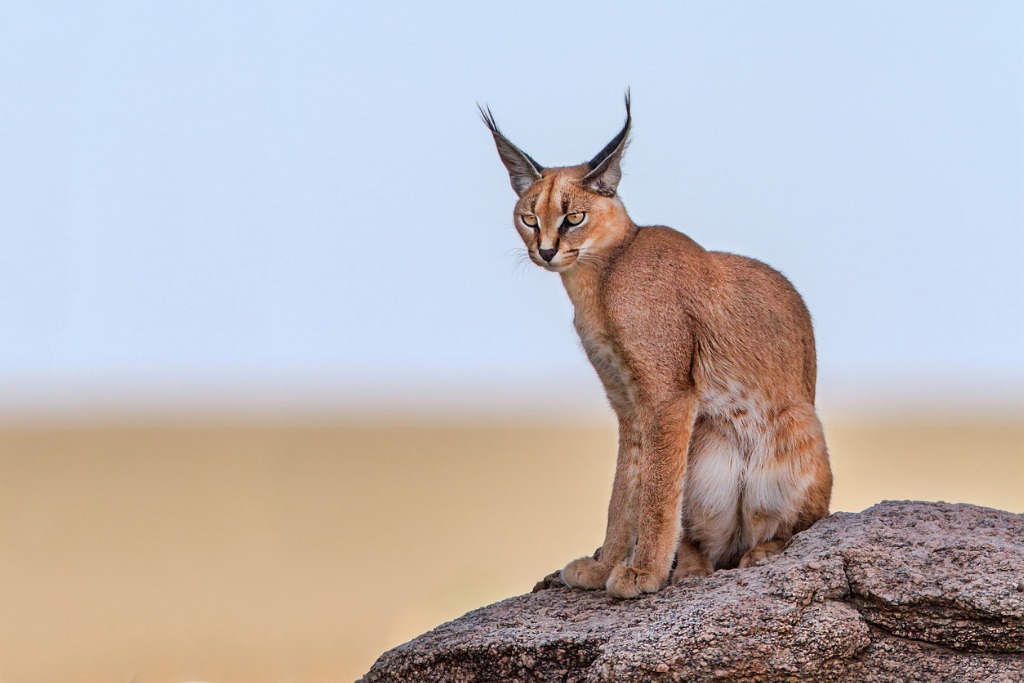 photo by alessandrocatta via iStock

Found in a variety of habitats including semi-deserts, forests, and savannas, caracals are extremely elusive and are mostly nocturnal with ranges that can include hundreds of square miles. As a result, they are difficult to photograph.

Their distinguishing feature is their ears, which have black tufts of fur at the tips, not unlike a Lynx. In the wild, they can have varying coat colors as well, ranging from black to reddish to sandy colored. 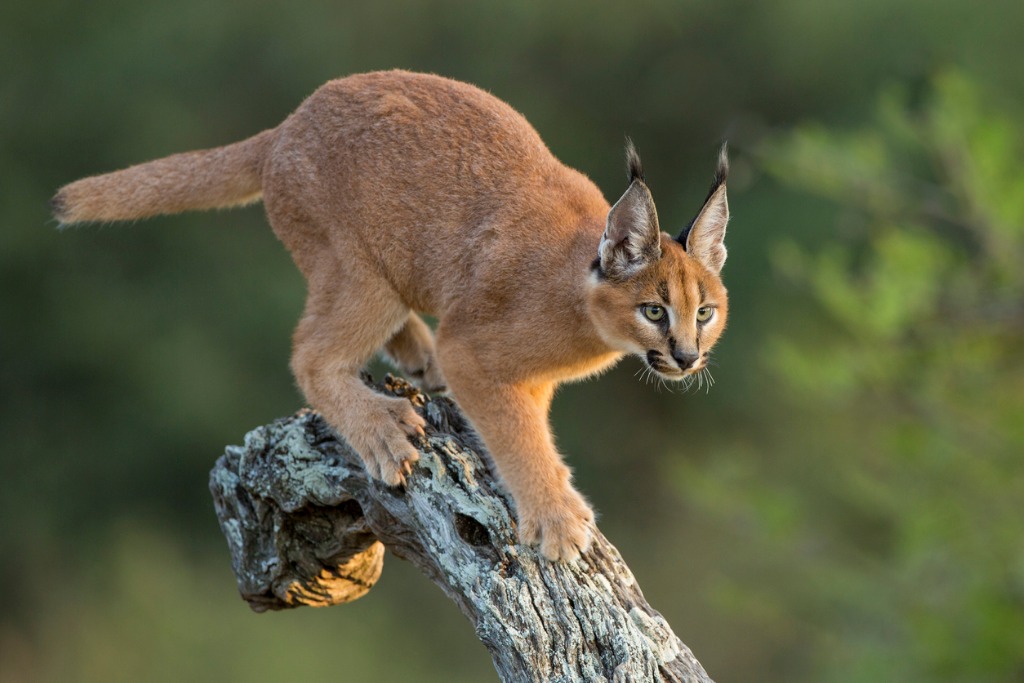 photo by StuPorts via iStock

This smaller cat - adults typically weigh around 25 pounds but can weigh as much as 40 pounds - feed mostly on rodents, birds, and small mammals. And while they are fast runners, with a max short-distance speed in excess of 50 miles per hour, their leaping ability is more impressive. Caracals can jump up to 16 feet high and snatch birds in flight right out of the sky.

Caracal photography tip: Photographing these cats is extremely difficult due to their elusive nature. Keep your eyes peeled for these cats as you explore Africa, particularly at dusk. 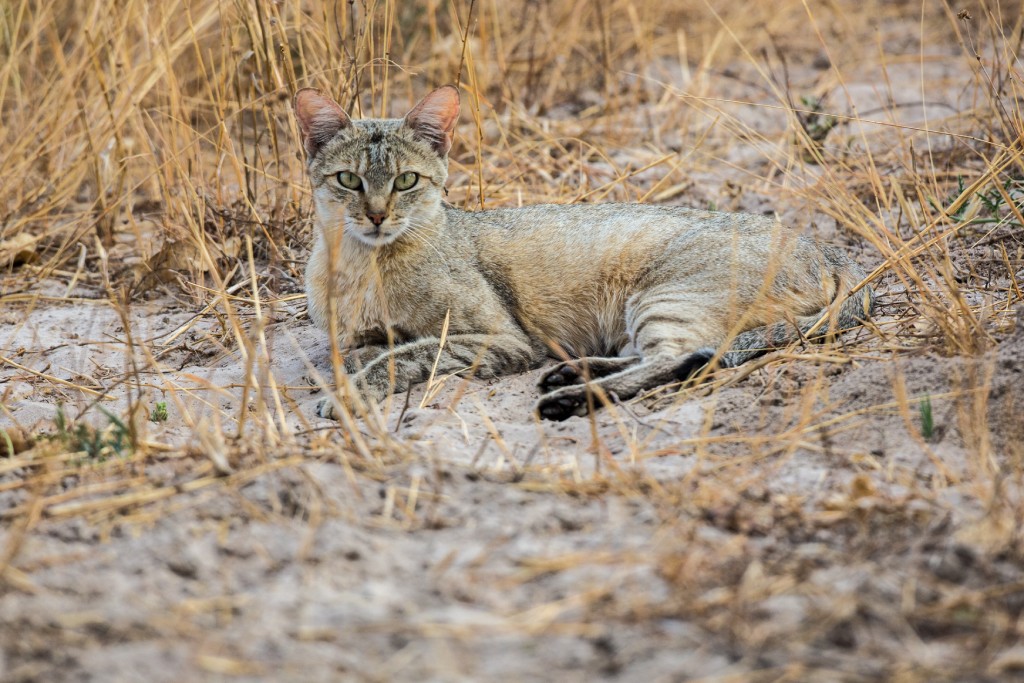 As you might imagine, the black-footed cat gets its name from its distinctive black feet.

The smallest of the wild cats in Africa, this cat typically ranges in dry savannas, grasslands, and semi-desert areas where they feed primarily on small prey like birds, rodents, and rabbits.

Like caracals, black-footed cats are a rare sight in Africa thanks to their nocturnal nature and solitary existence. During the day, they rest in abandoned burrows of other animals or even in old termite mounds. Complicating matters is that these cats rarely drink water because they absorb moisture from their prey, so spotting them at watering holes is unlikely.

Black-footed cat photography tip: Perhaps the best time to photograph these cats is after young are born, which is typically in November and December. Mother cats will be more active looking for food for her young and once the young are old enough to emerge from the den, you might be lucky enough to spot them. 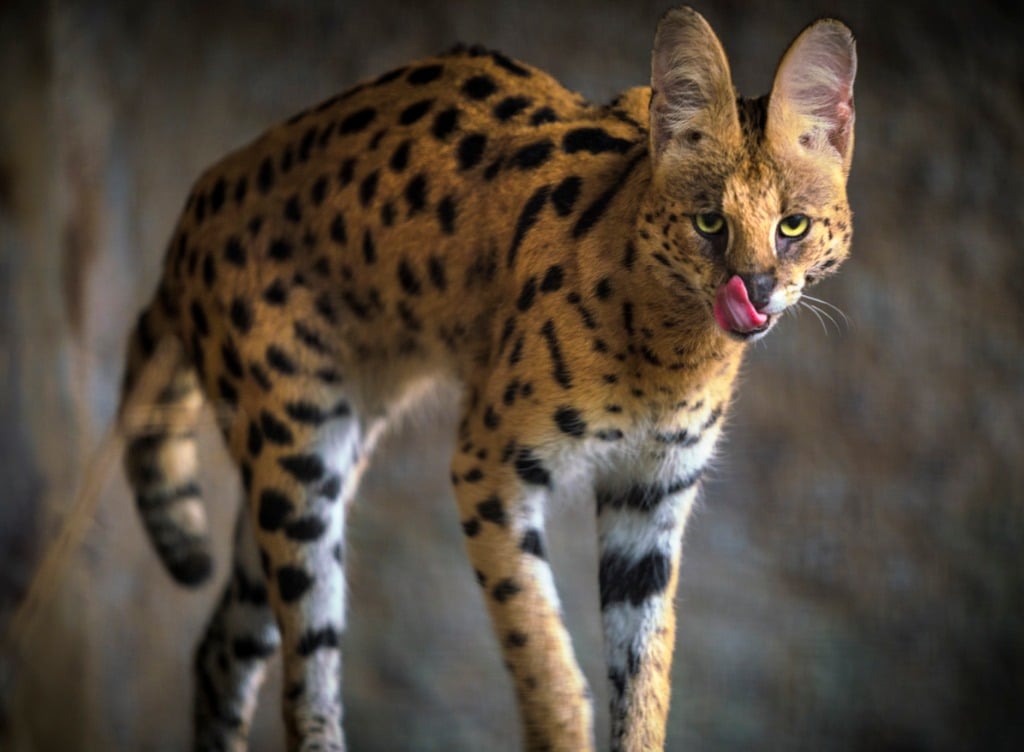 Larger than black-footed cats, servals are about the same size as caracals. Likewise, servals have interesting ears, which are extremely large in comparison to its body size. Its large ears are used like radar so the animal can zero in on the location of prey. Another identifying feature of the serval is its extremely long legs. 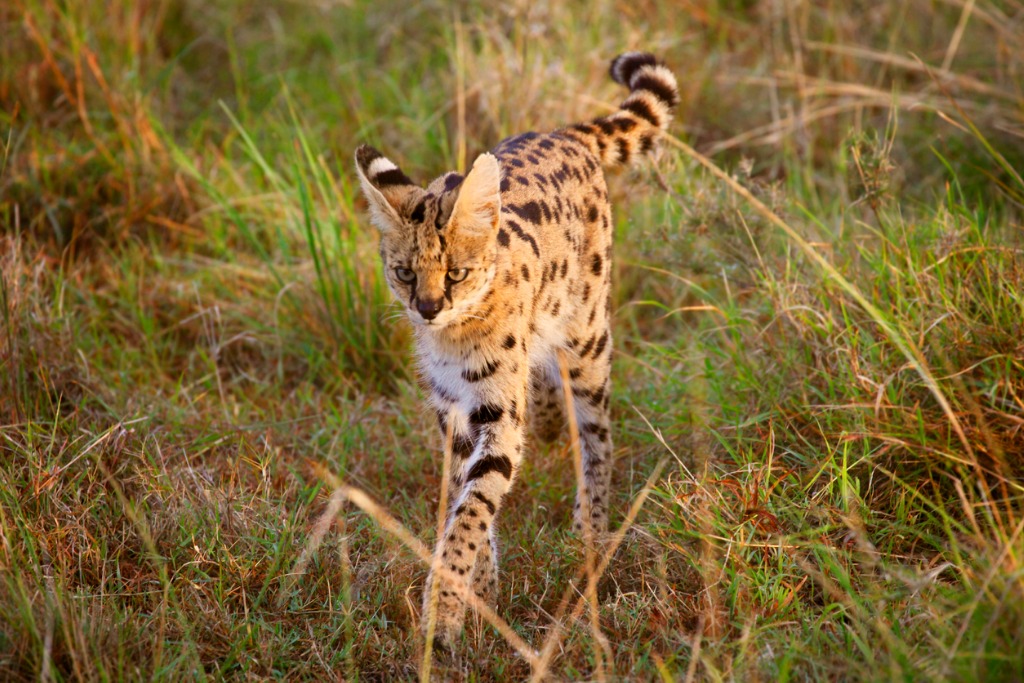 photo by narvikk via iStock

Servals are active during the day as well as the night, so they’re easier to spot and photograph than some of the other smaller cats in Africa.

Serval photography tip: Since servals are solitary animals, mating season provides increased opportunities for photographing them. Though these cats have no set mating season, the spring is the most likely time when you’ll find mates together.

Of the cats outlined here, this one is by far the most elusive, and as a result, photographing it in the wild is a rarity. Beyond that, not nearly as much is known about this cat given its propensity to stay away from humans and other animals.

Get a look at the elusive African Golden Cat in the video above by National Geographic. 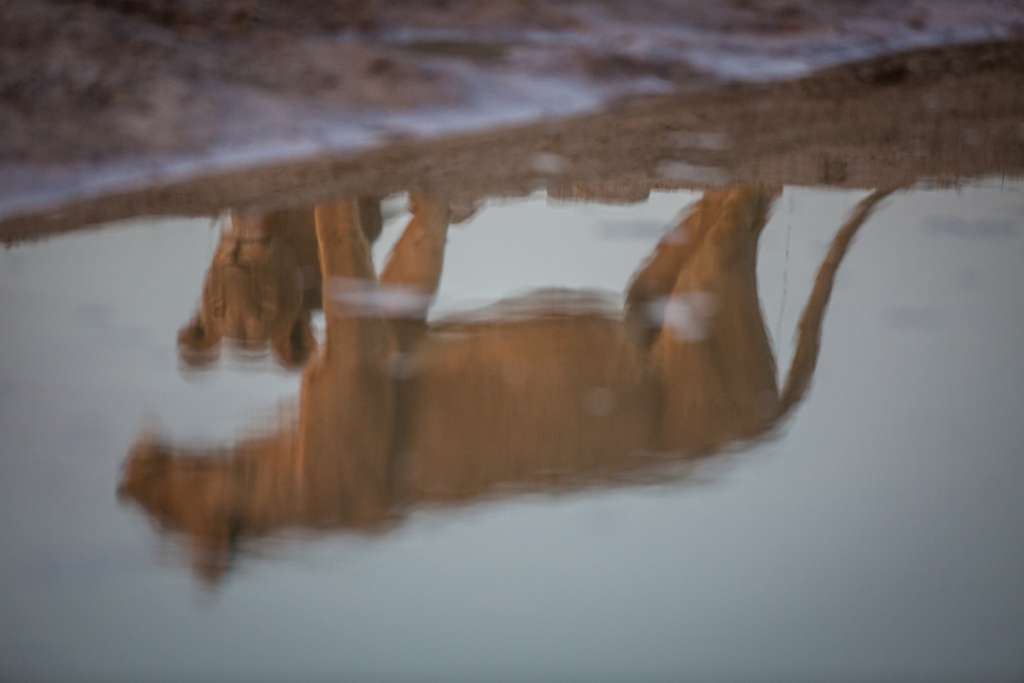 As noted several times above, some of these cats are extremely elusive, making them difficult to photograph.

Having a knowledge of their behavior and characteristics will certainly help you plan your visit to Africa to capitalize on the best timing for photographing these cats.

Of course, venturing to Africa on a photo tour is the best way to see these cats (and Africa’s other magnificent wildlife). Participating in a small-group tour means you don’t have to plan your itinerary or book your accommodations in-country. Instead, you can sit back, relax, and enjoy individual instruction on how to improve your photography skills. 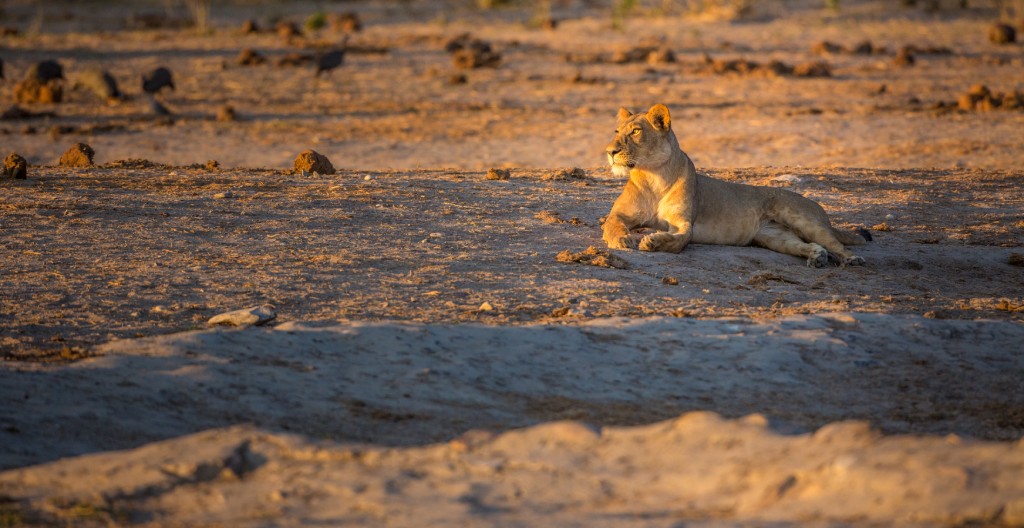 A trip like this is best had with a professional photographer that has an intimate knowledge of wildlife. After all, who better than a biologist to understand the behavior and habitat of Africa’s cats?

David W. Shaw is one such man, a pro photographer with both undergraduate and master’s degrees in biology. With his knowledge of these disciplines, you’ll find yourself in a prime position to capture the best possible photos of African cats and other wildlife.

Additionally, what sets Dave’s workshops and tours apart from others is the off-the-beaten-path locations you get to explore. You won’t have to fight for position among a sea of other tourists; instead, you’ll often find yourself in the wild, just your small group and Africa’s beauty to keep you company.