You Need This Universal Camera Tripod Alternative in Your Bag 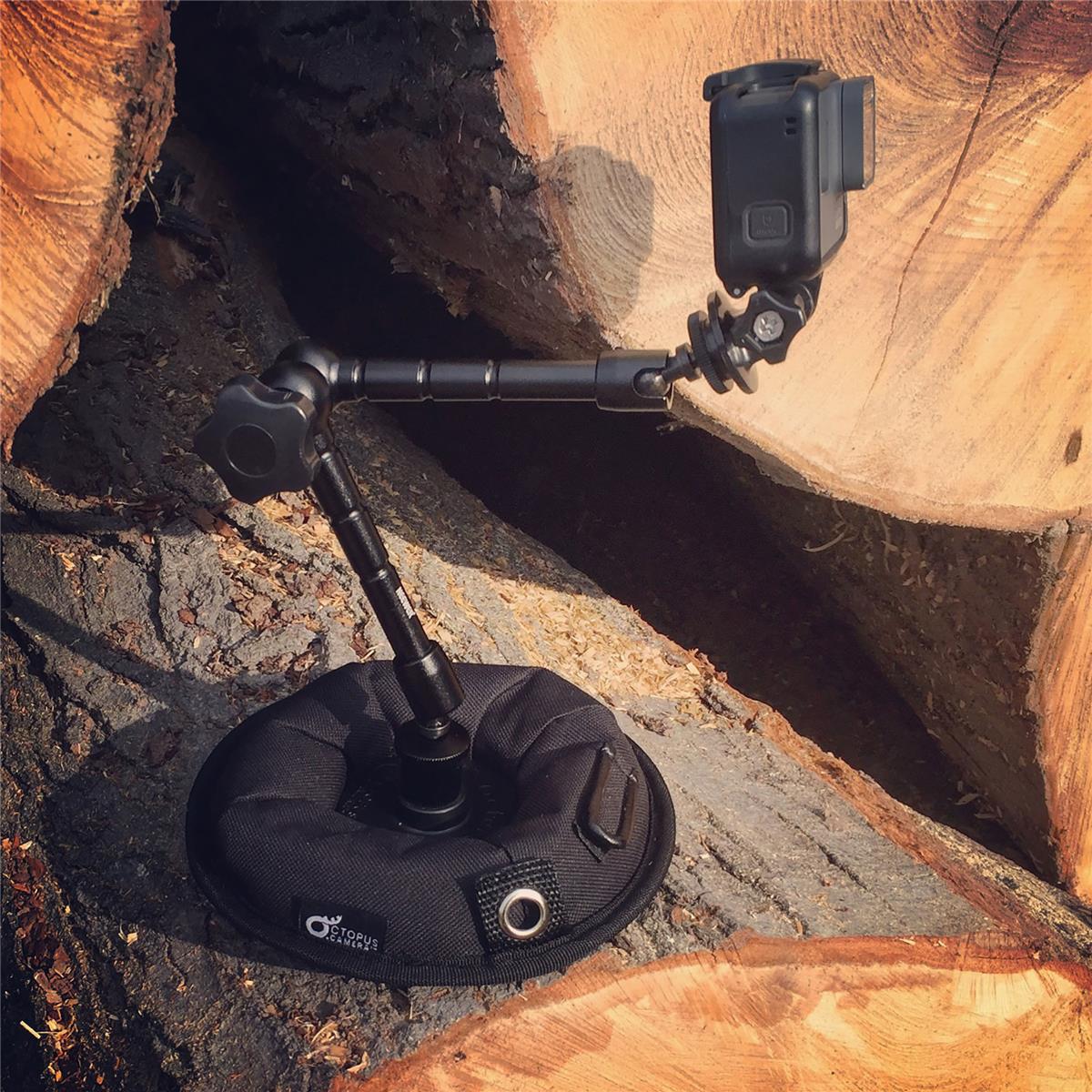 As you get more and more involved in photography, you'll find that you need more than just the basic essentials of a camera, a lens or two, a tripod, and a camera bag.

The gear you need to acquire depends on a lot of factors - your skill level, your needs, and your budget, to name a few.

What is a tripod alternative? And why do you need one? Let's find out!

What is a Universal Camera Tripod Alternative? 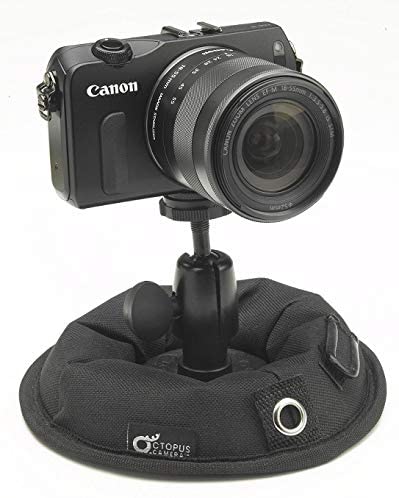 Years ago, I expanded my work into videography, and was doing a lot of solo filming at the time.

That meant that I needed to have multiple cameras on multiple mounts so I could capture different angles of what I was doing.

I had my primary camera on a traditional tripod and did the same with my secondary camera at first. But the footage looked too matchy-matchy when it was from the same eye level.

So, I picked up a universal camera tripod alternative so I could place my B-roll camera on a different eye plane to make the footage more interesting. 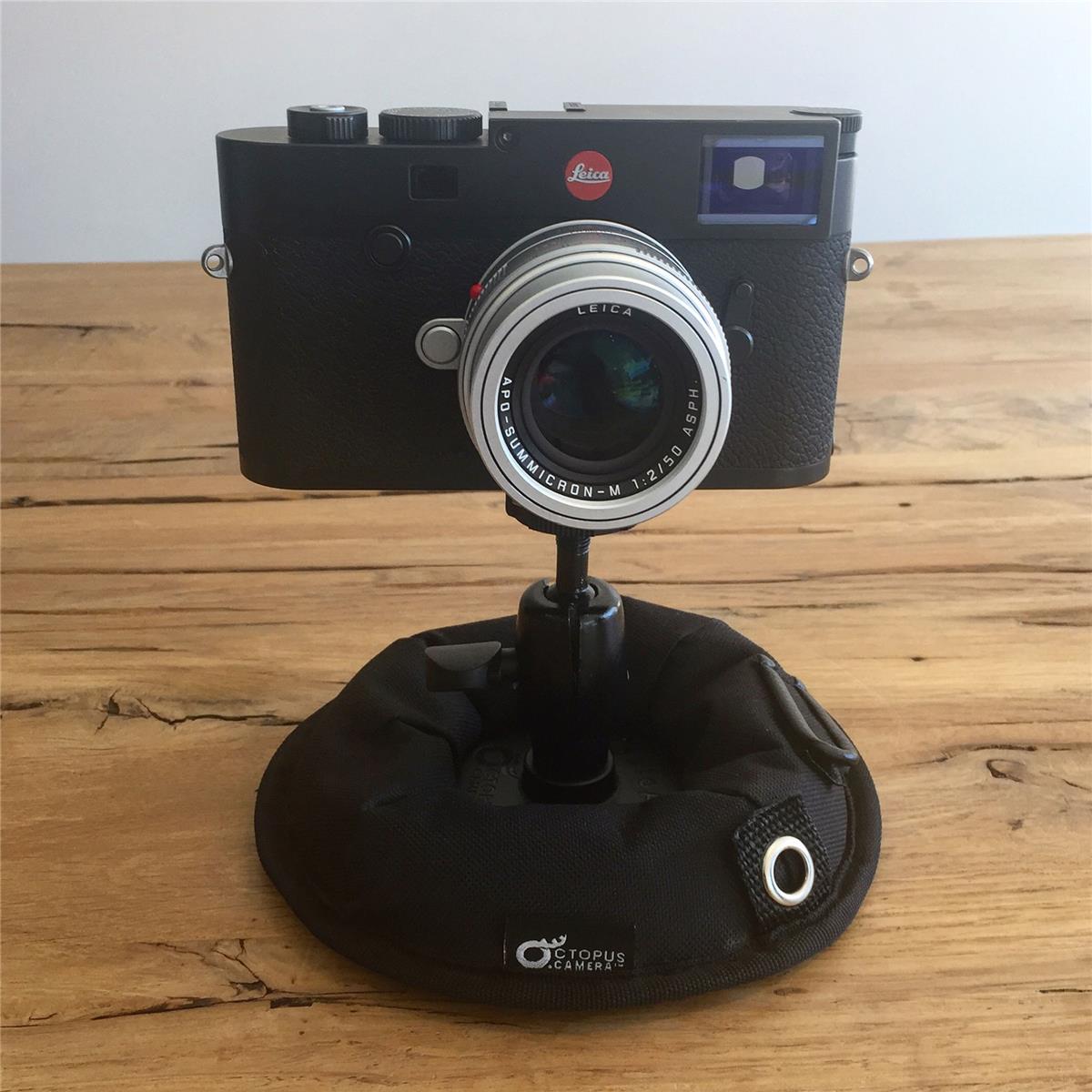 The universal camera tripod alternative I chose was the Octopad.

This little guy was a perfect addition to my kit because it's compatible with so many different cameras. I often use it with my GoPro Hero 10 Black, but I've also used it with my iPhone, and when I had my Canon EOS M50 Mark II, I used it with the Octopad as well.

Heck, I even use it for mounting off-camera lighting or a microphone, so it truly is a universal camera mount (and a mount for other gear, too!). 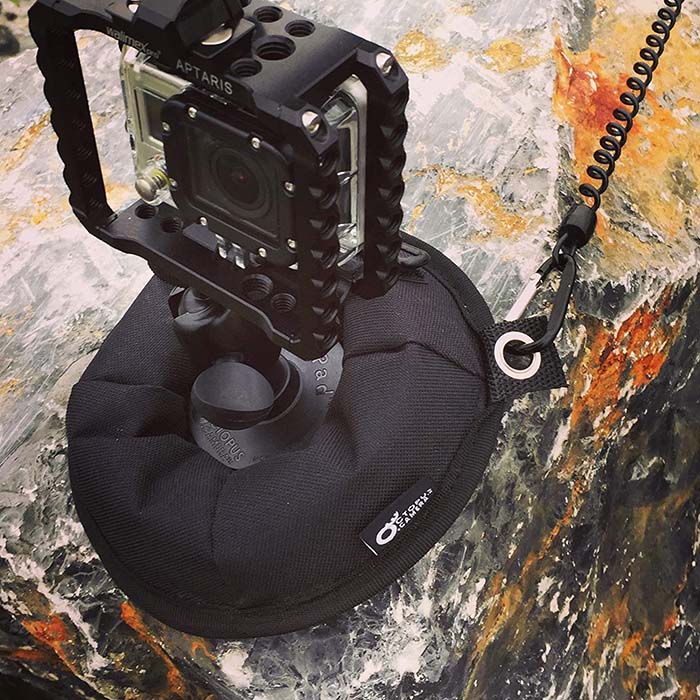 What I like so much about Octopad is that I don't have to worry about how I'm going to "attach" it to a surface.

The weighted non-slip mat on the bottom of the Octopad means that it will stay put on just about any surface - even if that surface isn't level.

There's no worry about suction cupping it to anything and whether or not the suction will hold. There's also no concern about it tipping over because of its wide base - the no-legs construction means that there's no legs to collapse under the weight of your gear, either.

In other words, it's just a handy accessory to have whether you shoot with a small DSLR, a mirrorless or compact camera, an action camera, or your mobile phone.

What Features Does the Octopad Have? 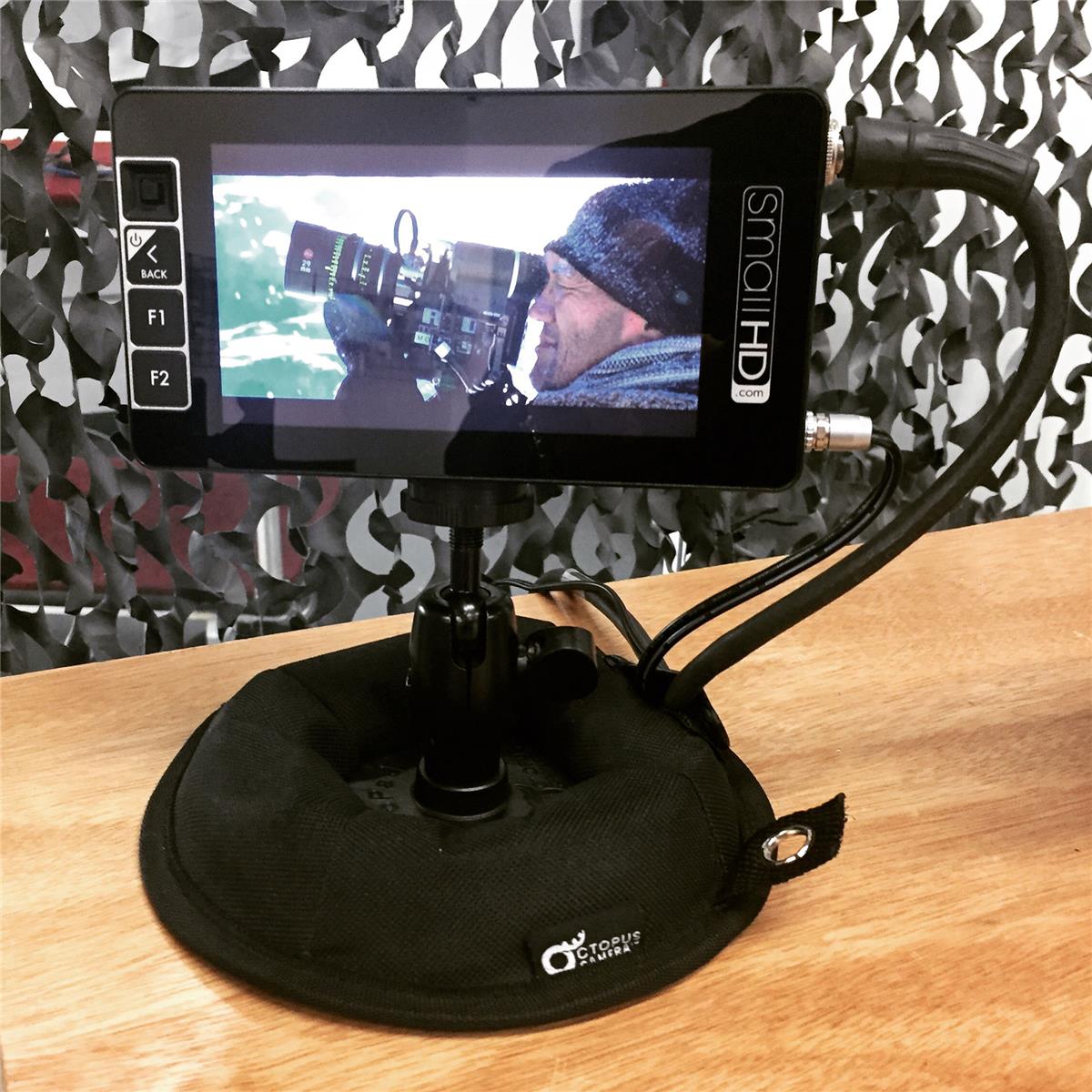 Octopad comes with a standard 1/4-20 both, making it a truly universal camera tripod mount.

There's a mini ball head included, which clamps securely in place to protect your gear. It's also removable for added flexibility in terms of how you use Octopad.

This universal camera tripod alternative even comes with a cable strap that allows you to tuck cables in and prevent accidental catches on them as you work.

And, as I mentioned before, the anti-skid base gives you peace of mind that wherever you place it, it'll stay there for the duration of your photo or video work.

For such a small accessory, there sure are plenty of features that help you get the photos and video you need!

Why Should I Get a Universal Tripod for Cameras? 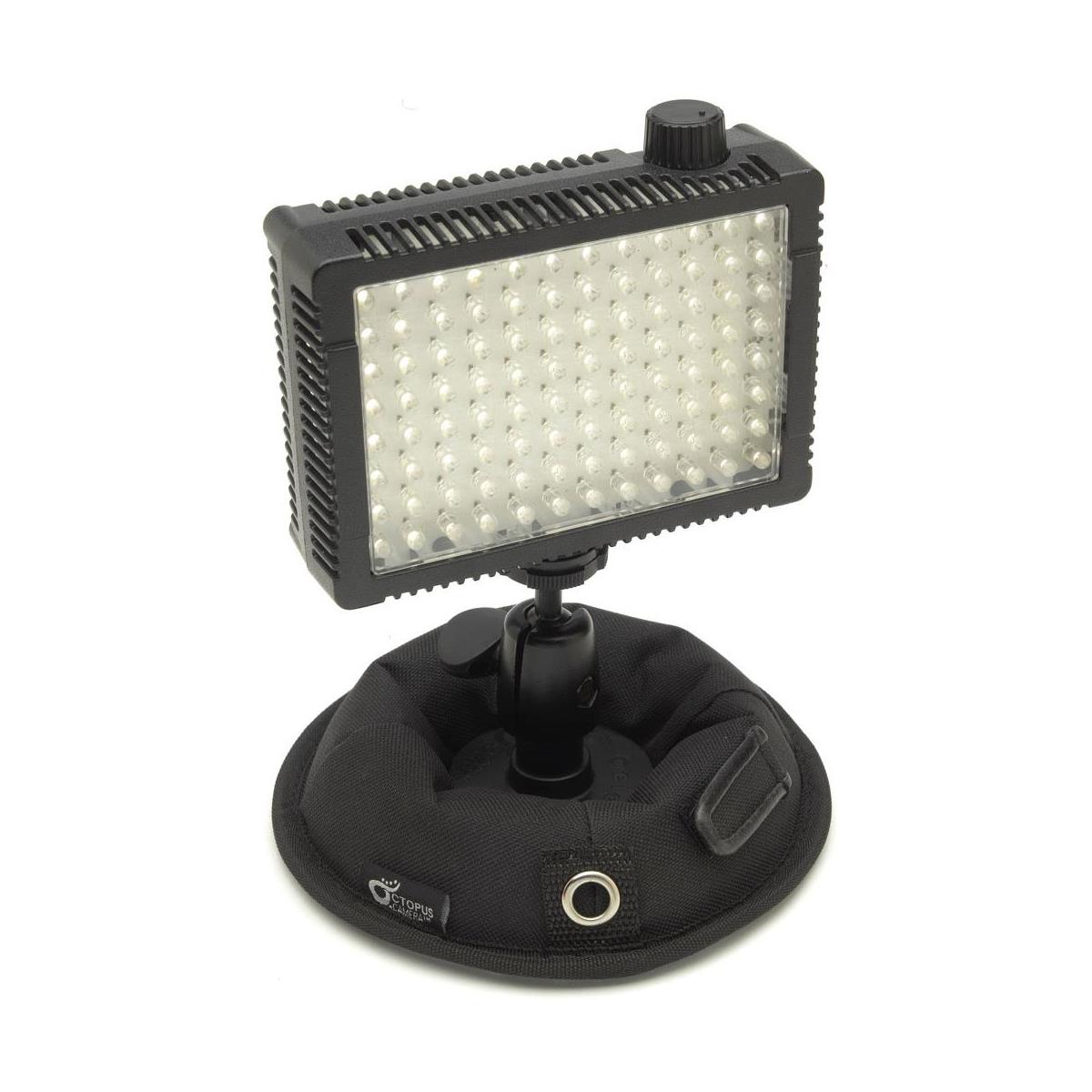 The primary reason why you should add a universal camera tripod alternative like Octopad to your gear bag is because it's so versatile.

As I noted earlier, I've used Octopad with many different kinds of cameras and other accessories, which makes it like an extra pair of hands when I'm out shooting.

Another reason why a tripod alternative like this is such a good investment is its size. Unlike a traditional tripod, Octopad is small, lightweight, and doesn't take up much room in your camera bag. This makes it easy to throw in your bag and take along with you on photography and videography outings of varying lengths. 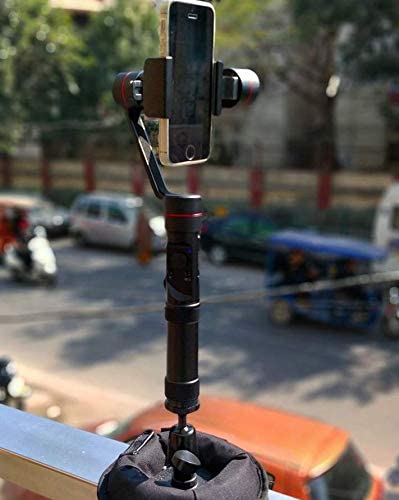 Of course, there's the advantage of the price as well - at less than $30, you get a high-quality support for your cameras that will extend your range of flexibility while you're out shooting.

There's a lot of gear you can invest in as a beginner, and it's important that you spend your money wisely. For my money, investing in a universal camera tripod mount like Octopad is a no-brainer. It's highly functional, offers loads of utility, is easy to transport, and it's budget-friendly.

Other Photo & Video Gear We Love: