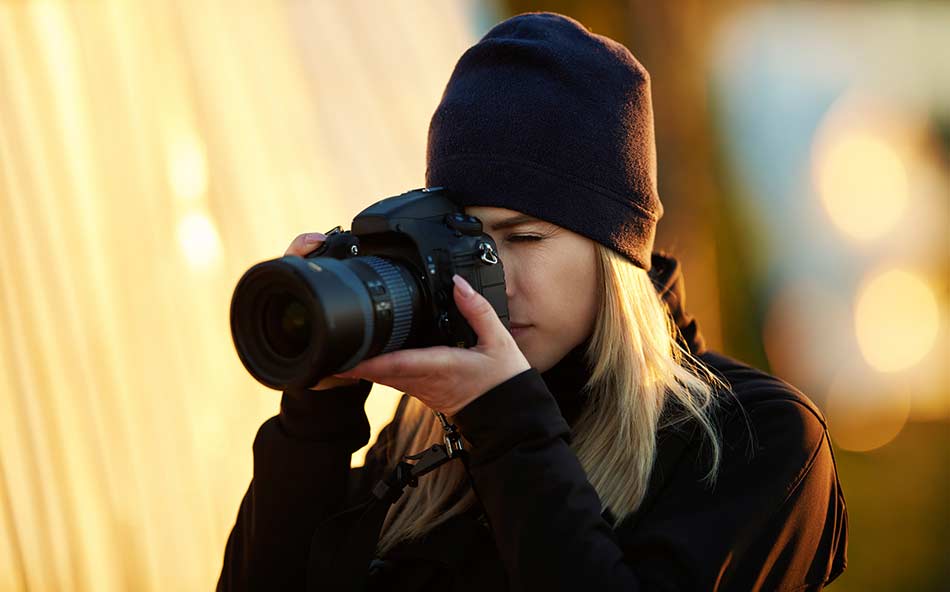 Just one look at a camera lens and it's easy to get overwhelmed.

How does it work?

What does that rotating ring do?

What the heck are all those numbers?

These are just a few questions a beginner photographer might have...

To clear things up a bit, I've put together this quick guide on a few terms related to lenses. 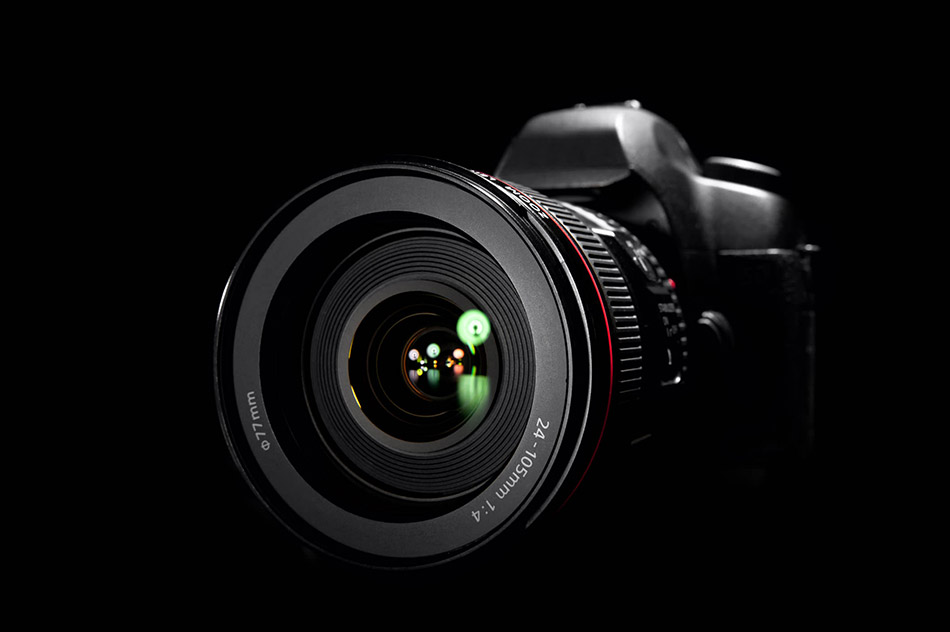 Part of what can be confusing about lenses is some of the terms that are thrown around when discussing them.

Focal length is one such term.

If we are to give focal length a technical definition, it would be this: the distance from the camera sensor to the center of the lens when the lens is focused at infinity.

Looking at the image above, you can see that the focal length of that lens is 24-105mm. 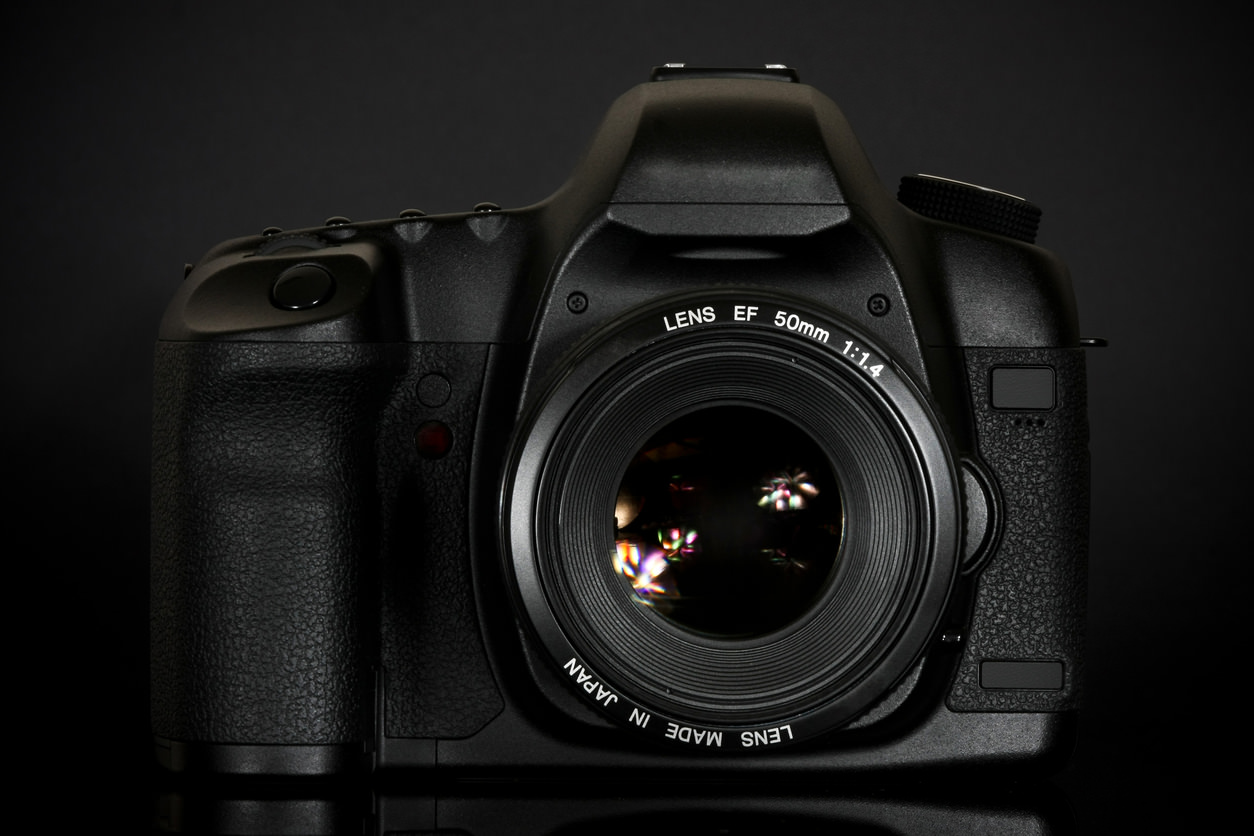 Another factor influences the focal length of a lens, and that's the type of sensor in your camera.

I have a 50mm prime lens (like the one shown above) that has a fixed focal length.

However, the effective focal length of that lens is different depending on the camera I use.

For example, if I use it with a full frame camera, it's effective focal length is unchanged - it's still 50mm.

If I use it on a crop sensor camera, though, the effective focal length changes to 80mm.

But why? Check out the video below to get an in-depth explanation from Strome Breaker:

That's because a smaller part of the lens's imaging circle is filled with the image due to the smaller sensor.

Think of the resulting image as being magnified. 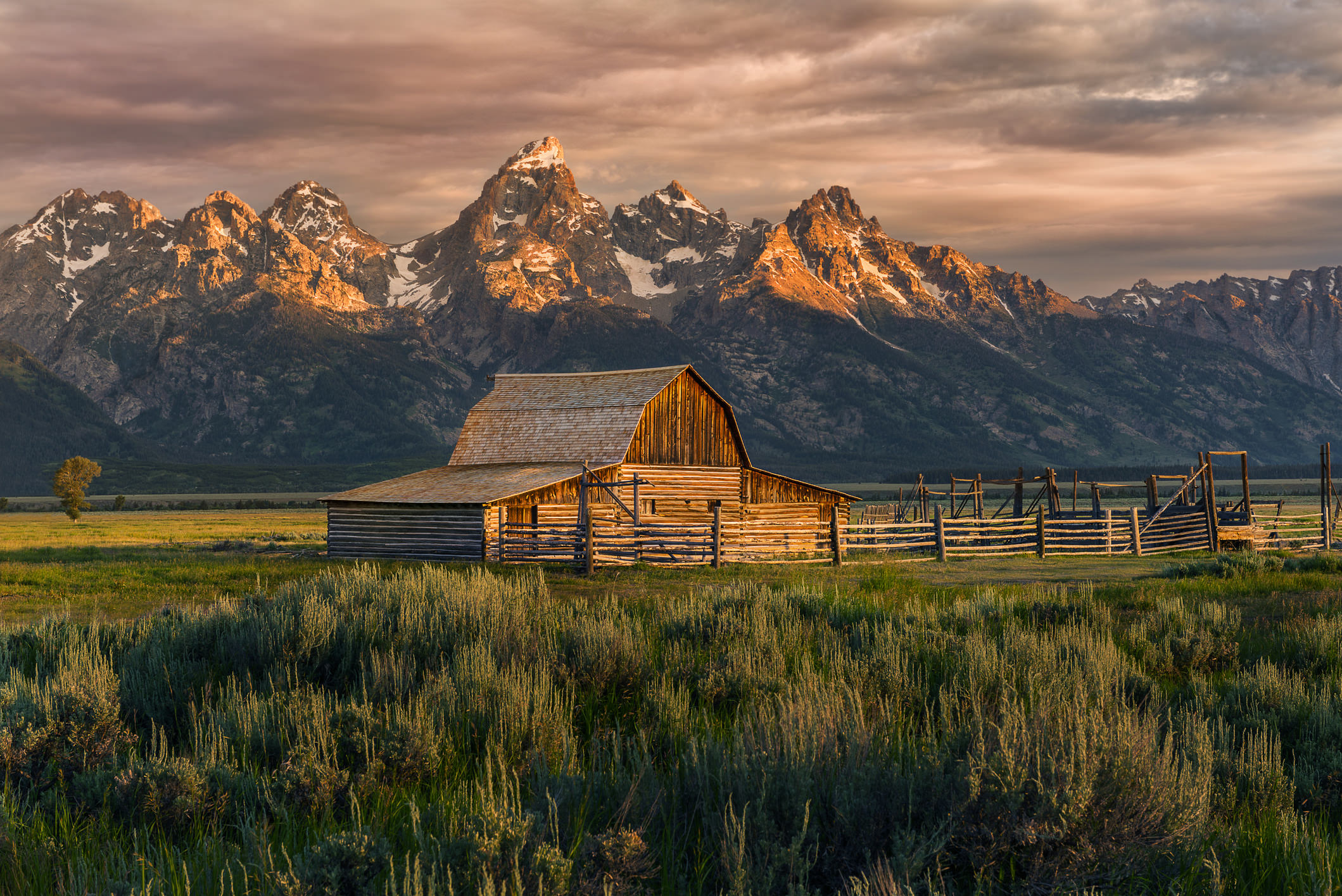 Angle of view refers to the angle from the middle of the lens (the optical center) to the outer edges of the image that's viewable through the lens.

In other words, angle of view is how much you can see with the lens you're using.

It's measured on three axes: horizontal, vertical, and diagonal.

So what's all that mean? 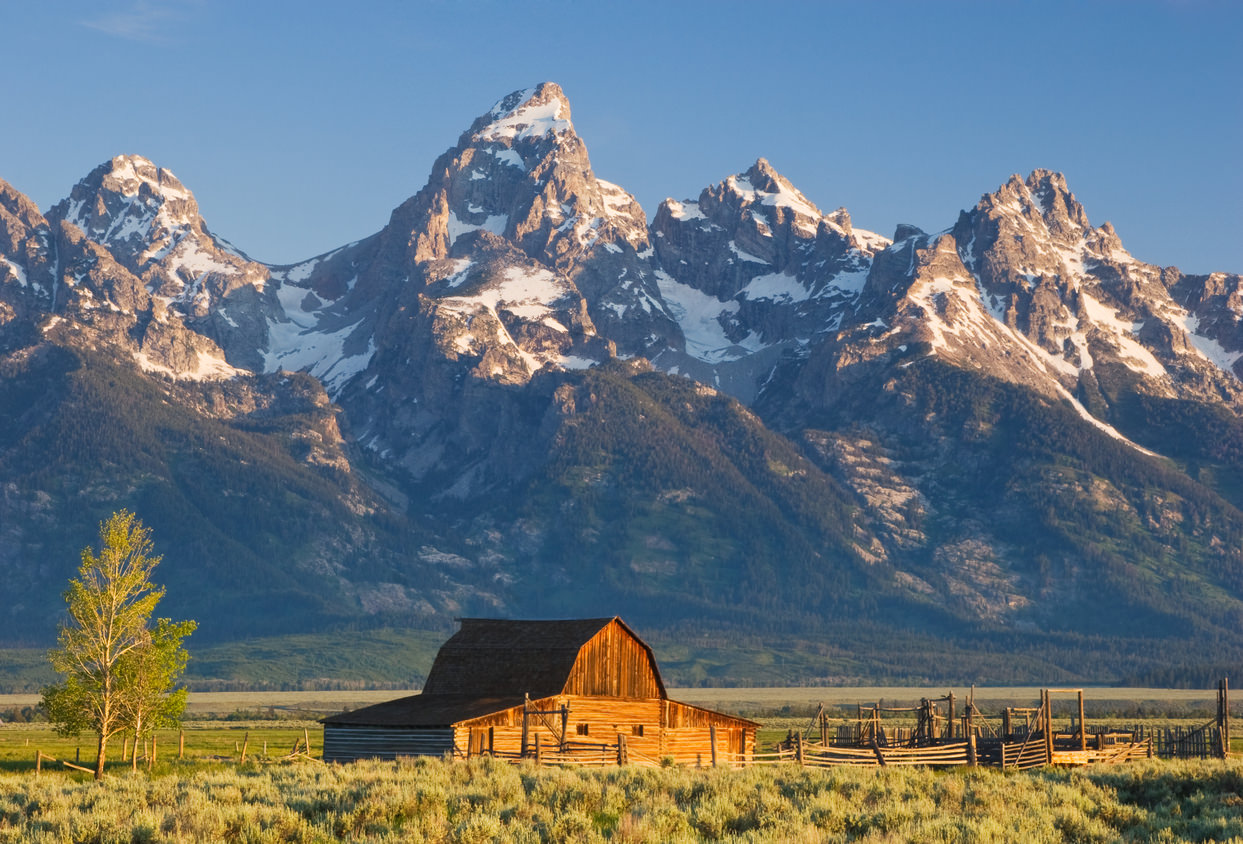 In looking at the two images of the Tetons above, you can see how the first image has a wider angle of view than the second.

That's why landscape photographers often use wide-angle lenses - they have a wide angle of view that allows them to capture more of the scene in the image.

Conversely, wildlife photographers tend to use telephoto lenses because their narrow angle of view allows them to get a close-up shot of the animal, even from a great distance away.

When it comes to lenses, on a full frame camera, a 50mm lens roughly reproduces the angle of view that we have with our eyes. 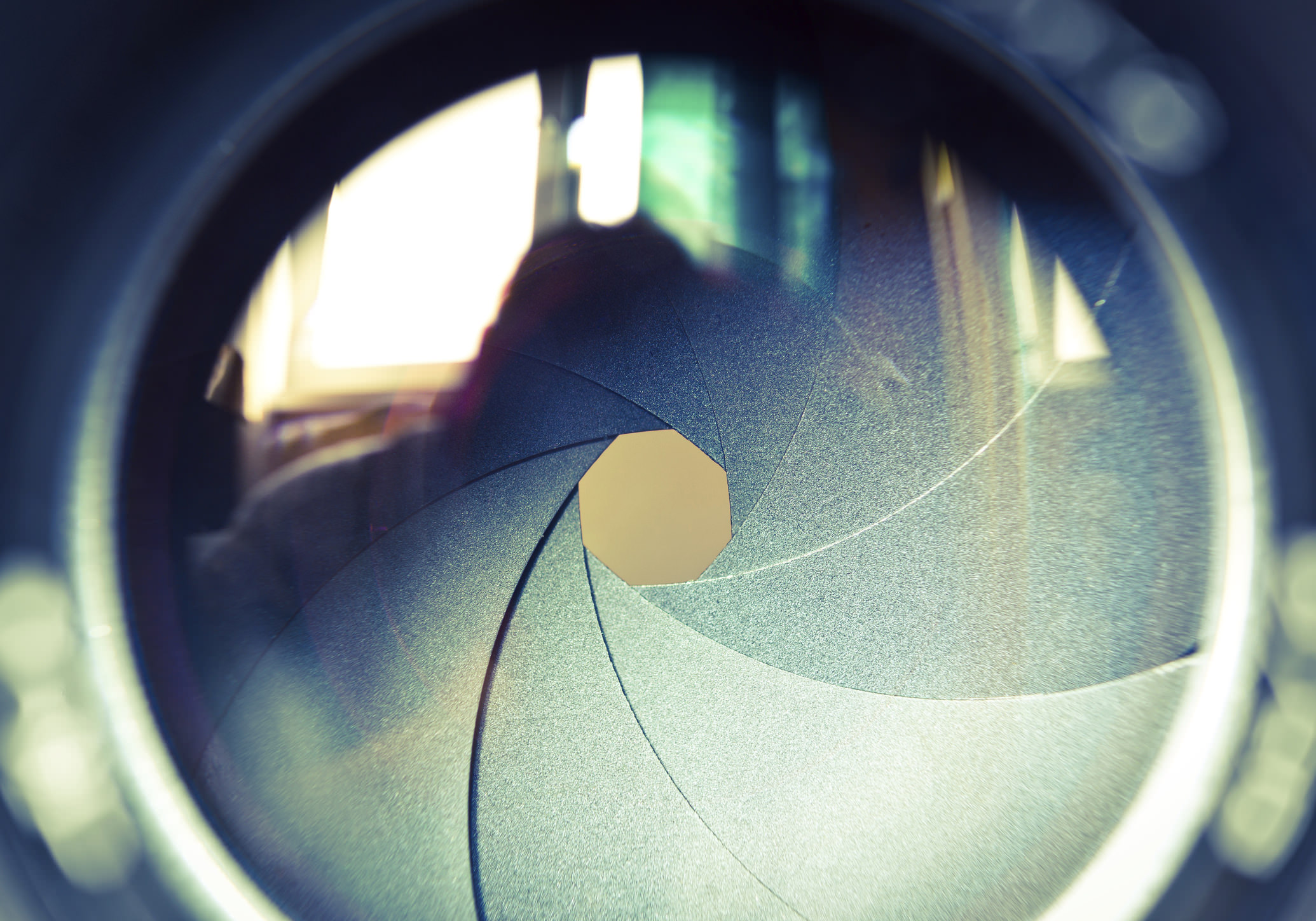 The aperture of a lens is the hole through which light passes through the front element into the barrel of the lens. It's just one of the essential camera parts that allow the camera to capture images.

The size of the aperture is controlled by a diaphragm like the one shown above, which opens wider to allow more light in and closes down to restrict the amount of light.

Aperture is measured by dividing the focal length of the lens by the diameter of the aperture opening. This results in an f-number like f/4, f/8, or f/11.

Learn more about aperture and f-numbers in the detailed tutorial below by Dylan Bennett:

F-numbers are consistent across all lenses, so even if the diameter of the aperture opening is different from one lens to the next, if two lenses are using the same aperture value, both lenses will allow the exact same amount of light into the lens.

For example, if I'm using my 50mm lens and my 85mm lens and both are set to an aperture of f/4, both lenses will allow the same light into the lens.

Aperture gets a little tricky though because the f-numbers are inversely related to the size of the opening.

For example, you might think that f/22 is a larger aperture than f/4, simply because 22 is a bigger number than 4. However, this is not the case.

Smaller aperture numbers represent larger aperture sizes, so f/4 is quite a large aperture while f/22 is quite small. 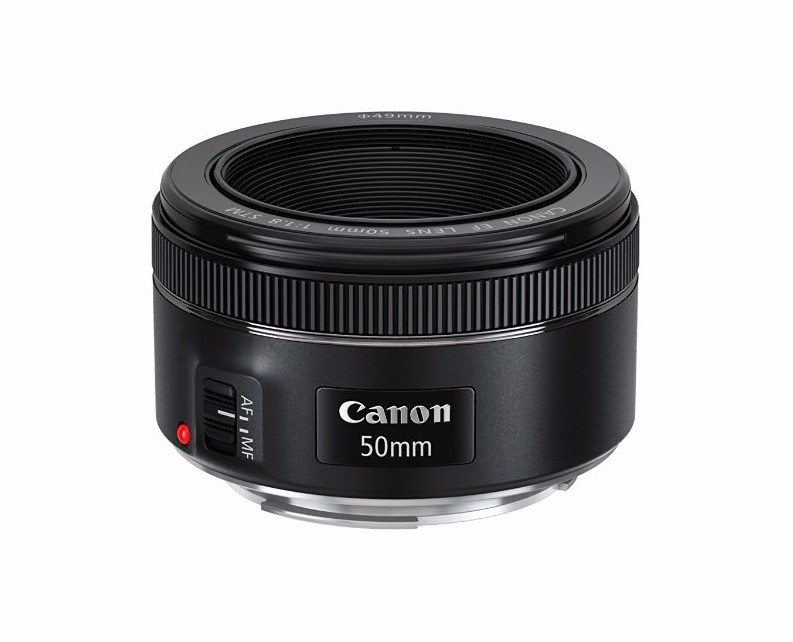 Another aspect of aperture values is that the larger the maximum aperture a lens can achieve, the faster that lens is said to be.

As a result, my 50mm lens is said to be faster.

You can see this in the chart above: by shooting at f/2.8, your lens gets much more light than if you're shooting at f/5.6 because the size of the hole through which light can pass is much larger. 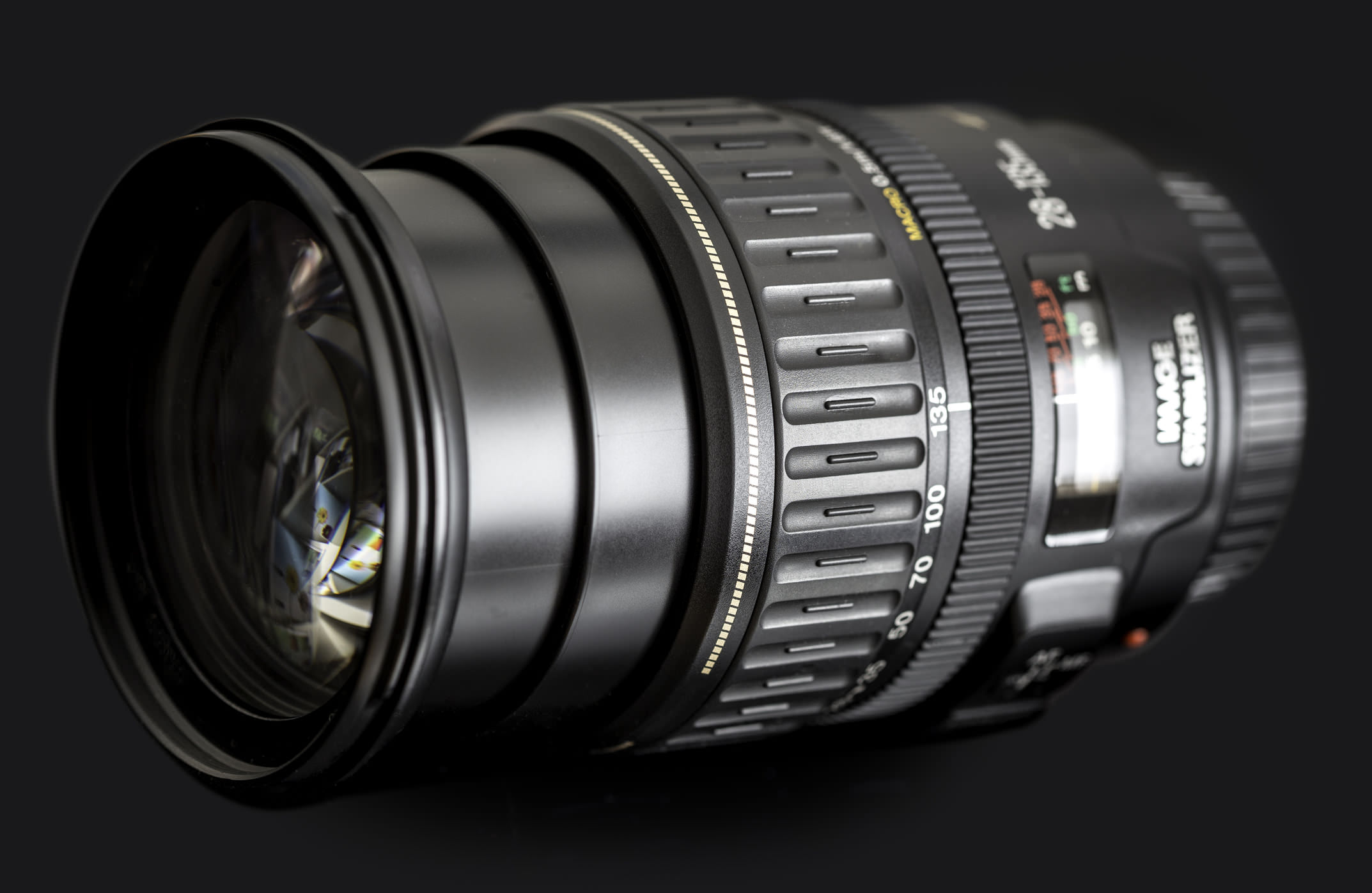 In an earlier article, I offered up an essential guide to prime lenses. You can check that out for a more thorough look.

But in a nutshell, there are a few primary differences between zoom and prime lenses.

For example, the kit lens that came with my first camera is an 18-55mm zoom. I can shoot wide-angle shots at 18mm, short telephoto shots at 55mm, and everything in between. Alternatively, the lens in the image above has a focal range of 28-135mm, so it's got a much wider focal range.

On the other hand, I have a 50mm prime lens, and it's always 50mm - there's no changing the focal length. 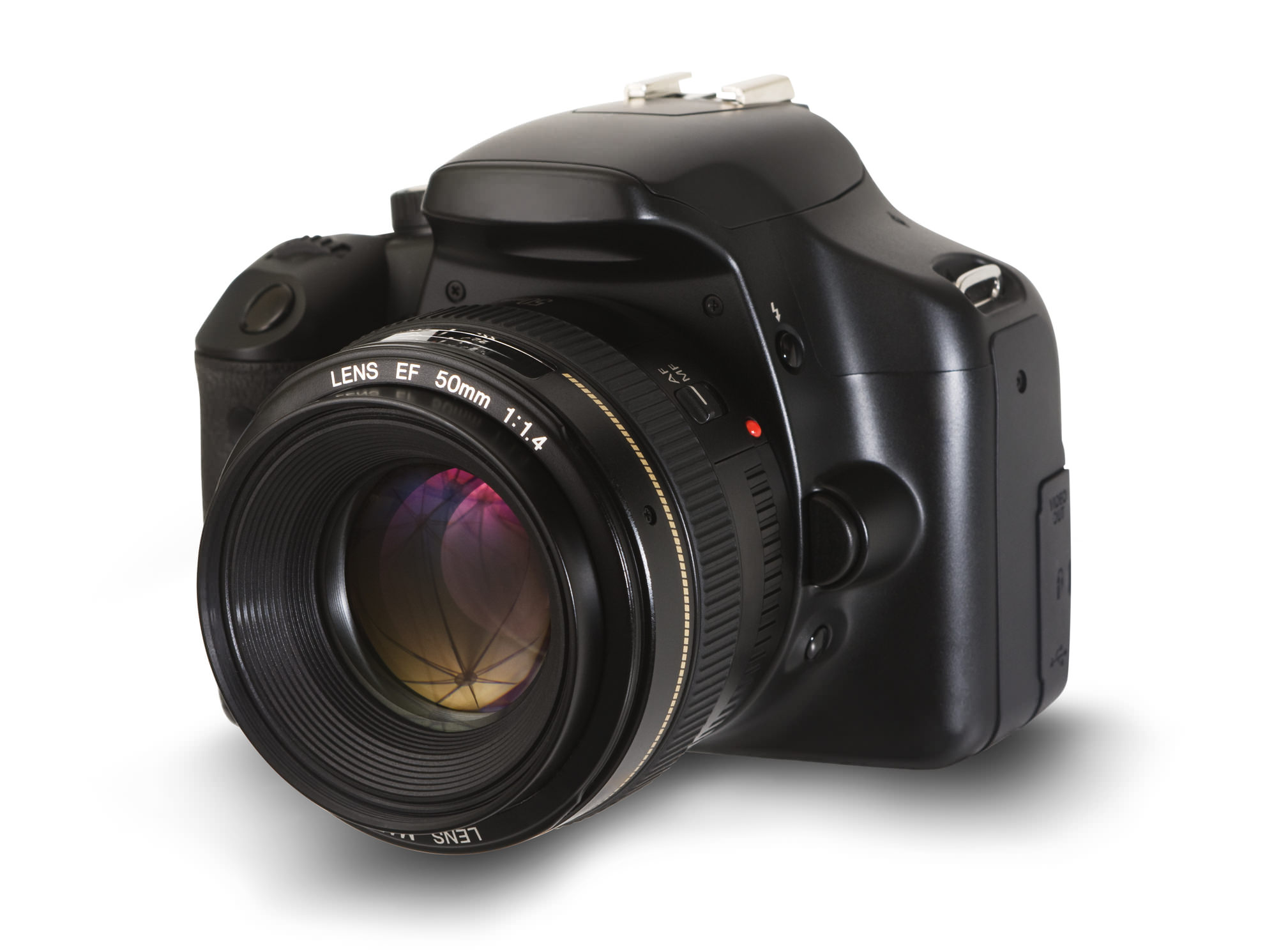 Because zooms have a variable focal length, they are more versatile. You might be able to carry a single zoom lens where you'd need a couple of prime lenses to cover the same focal lengths.

Another difference is that prime lenses often produce sharper images. This is because they have fewer pieces and parts, so light has fewer obstructions to go through to reach the camera's sensor.

Zoom lenses are typically more expensive as well, again, because they have more elements inside. There are pricey prime lenses too, although you can get budget prime lenses that perform far better than budget zoom lenses. 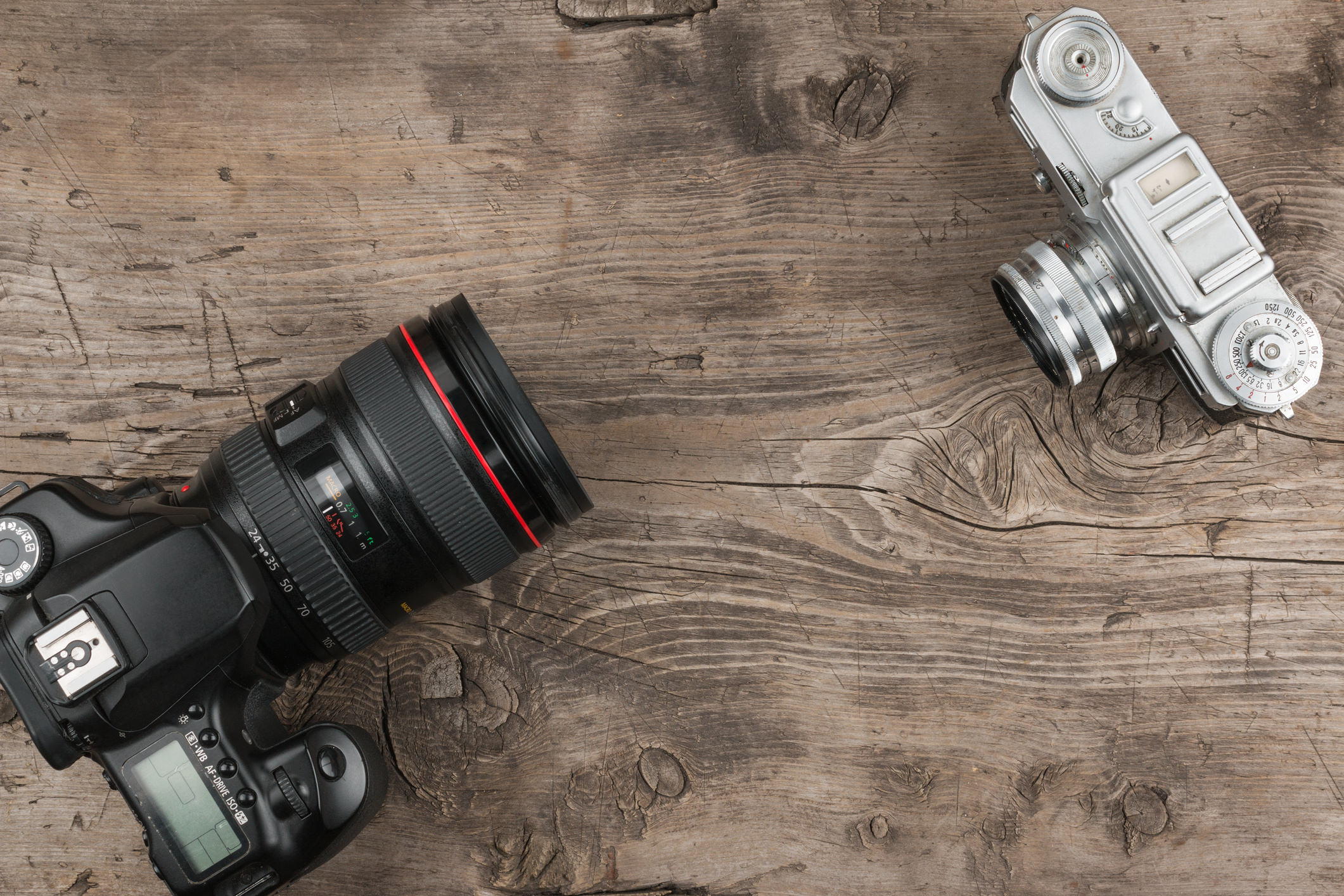 There are other things to know about lenses as well.

On the side of the lens, you might see AF-MF or A-M, which refers to autofocus or manual focus. Naturally, in autofocus mode, the lens takes care of acquiring the subject in focus. In manual focus, you control that. 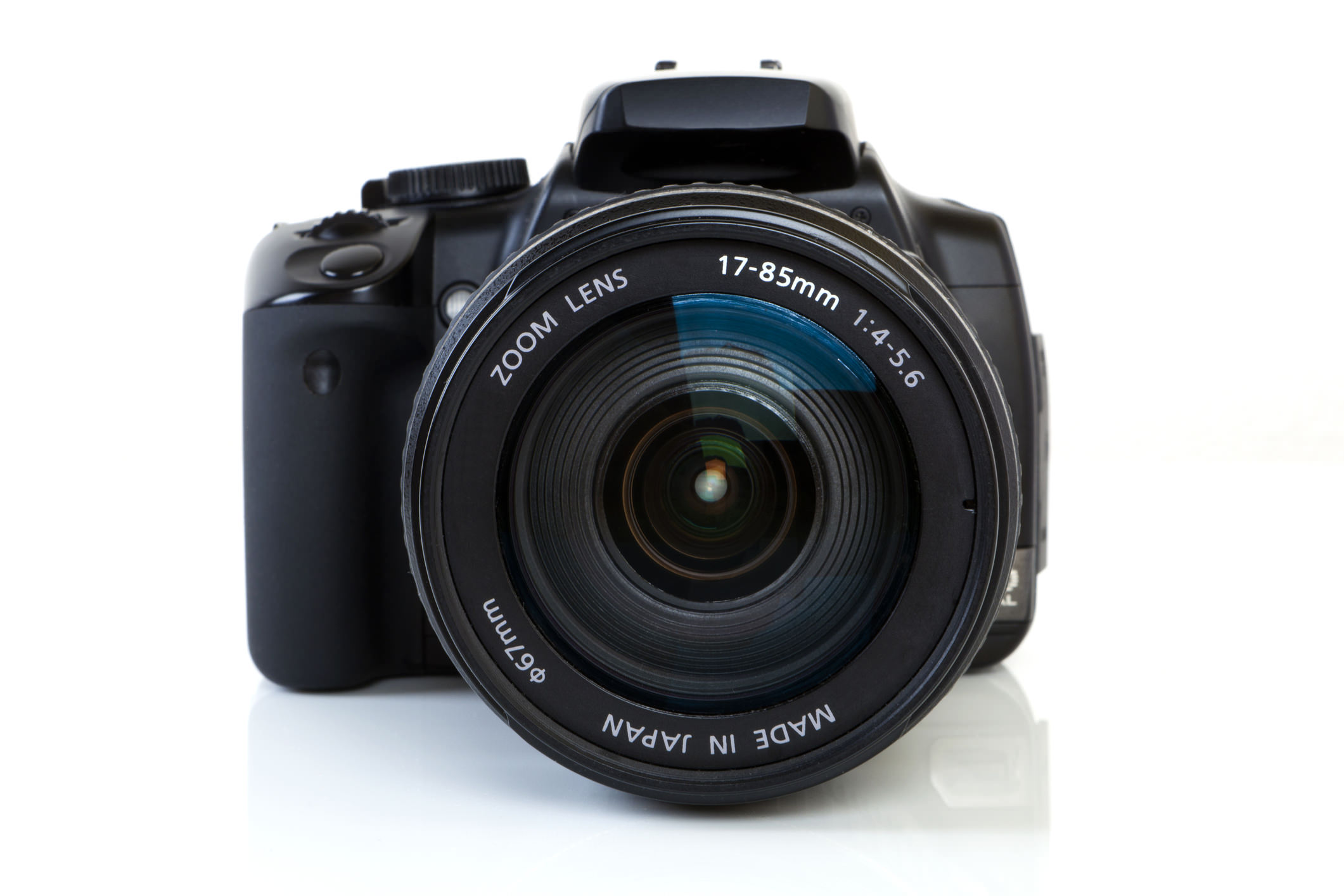 There are also numbers like 49mm or 58mm on the end of your lens.

These numbers indicate the diameter of the lens, which also tells you the size of filter that would be used with that lens. In the case of the former, the lens uses 49mm filters. In the latter, it's 58mm. The lens pictured above uses a 67mm filter.

With that, you have a good overview of what all those lens terms and numbers mean.

It's confusing at first, to be sure, but the more you use your lenses and become familiar with these features, the easier it will become to remember it all.

Now it's time to get out there and practice!