Demystified: An In-Depth Guide to Your Camera’s Histogram 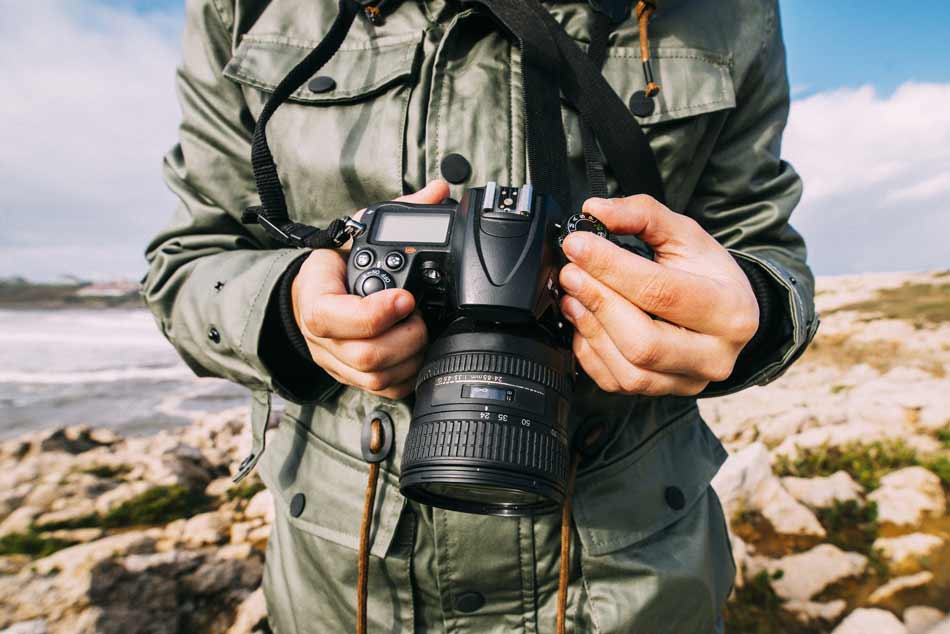 How To Read A Histogram?

If you ask 10 photographers what camera feature they are least comfortable with, what do you think they’d say?

Hands down, my bet would be the histogram.

It’s probably one of the most useful features on modern cameras.

But it’s also one of the most misunderstood and underused features as well.

That’s a shame too, because it’s such a powerful tool!

In this guide, you’ll be taken step-by-step through what a histogram is, how to read it, and how you can use it to improve your photos immediately!

That’s how powerful your camera histogram really is.

If you master how to use it, you’ll have a tool at your disposal that can have a dramatic, positive impact on your photos.

What the Heck is a Histogram Anyway? 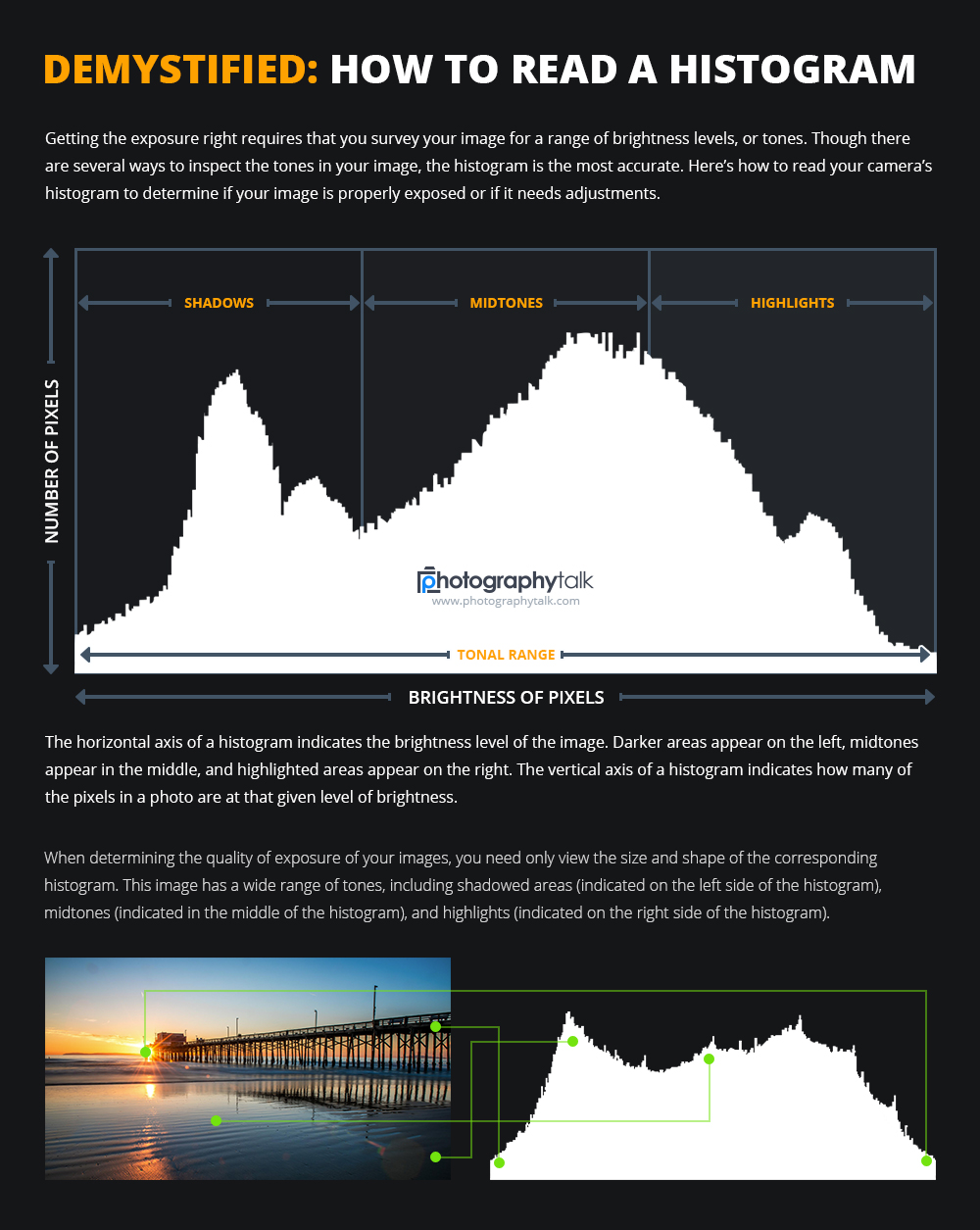 Rather than relying on a technical, mathematical-based definition of a histogram, let’s just define it as this:

A graph that shows the tones or colors in a photo, including shadows, midtones, and highlights, that also shows how many pixels in the photo represent one of those tonal values.

In other words, the histogram is a graphical representation of the exposure levels in your photo. As you can see above, darker areas appear on the left side of the graph, midtones appear in the middle, and highlights appear on the right side.

That means that using your LCD to view your images to make a determination of the quality of exposure isn’t going to get you the best results. Rather, a histogram will.

Gleaning Information From the Histogram

Typically, modern cameras actually have a number of histograms, including one that indicates luminosity (as discussed in the previous section) and another that indicates color, as seen below: 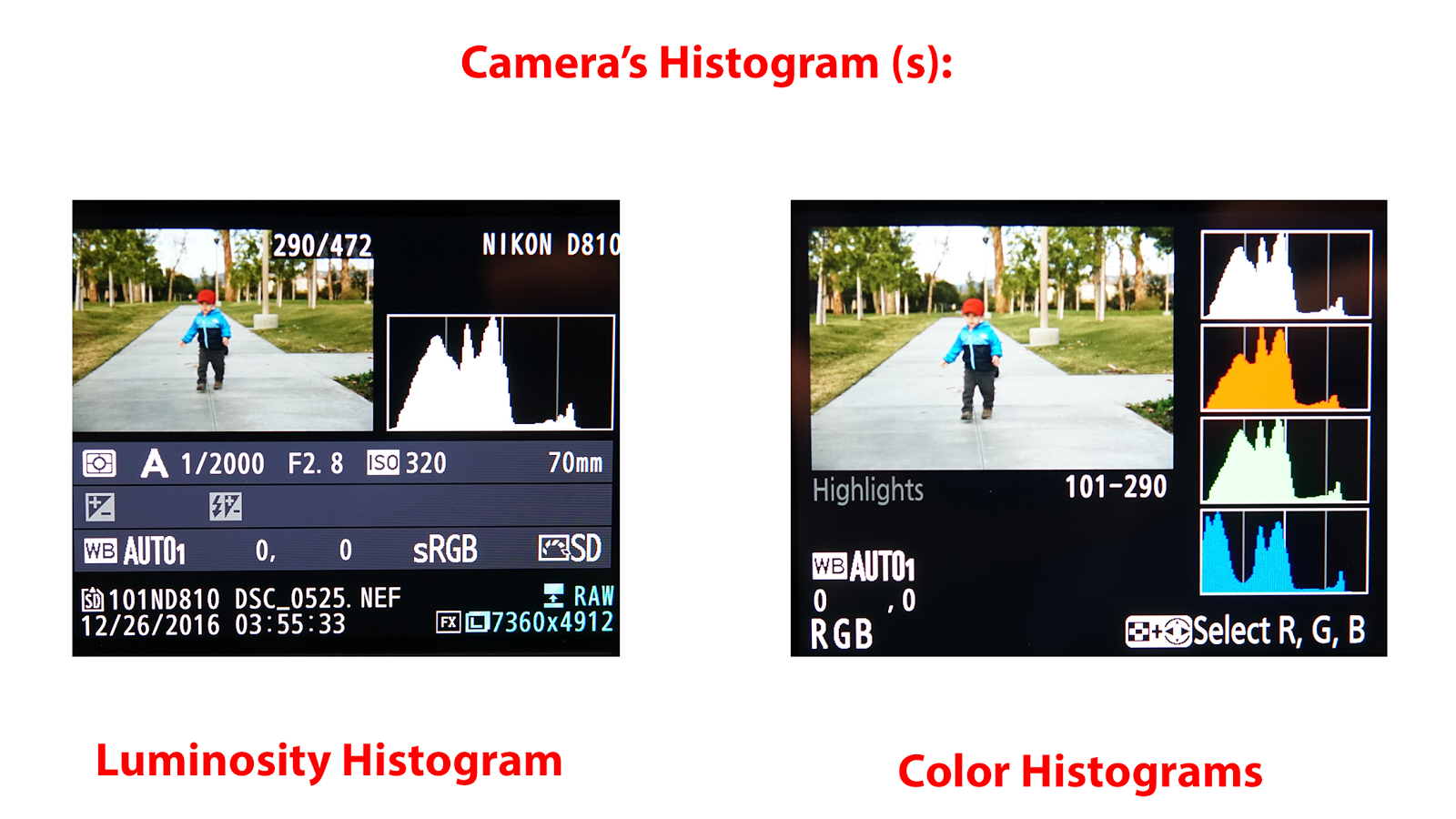 The luminosity histogram is used most often, and has a monochromatic display. The color histograms give you an overview of the presence of red, green, and blue pixels in the image. Usually, these histograms are displayed in their specific color spaces, as seen above.

Since the luminosity histogram is used most often, let’s explore it in more detail.

The luminosity histogram gives us detailed information about the exposure of the photo. But a histogram shows more than just how many pixels are dark or bright:

Both of these concepts can be seen in the histogram above. Note how the graph extends from one side to the other, but without sharp spikes on the edges. Also note how the midtone area is prominent, with the tell-tale arch peaking in the middle and descending towards the left and right.

Let’s take a look at a few more examples. 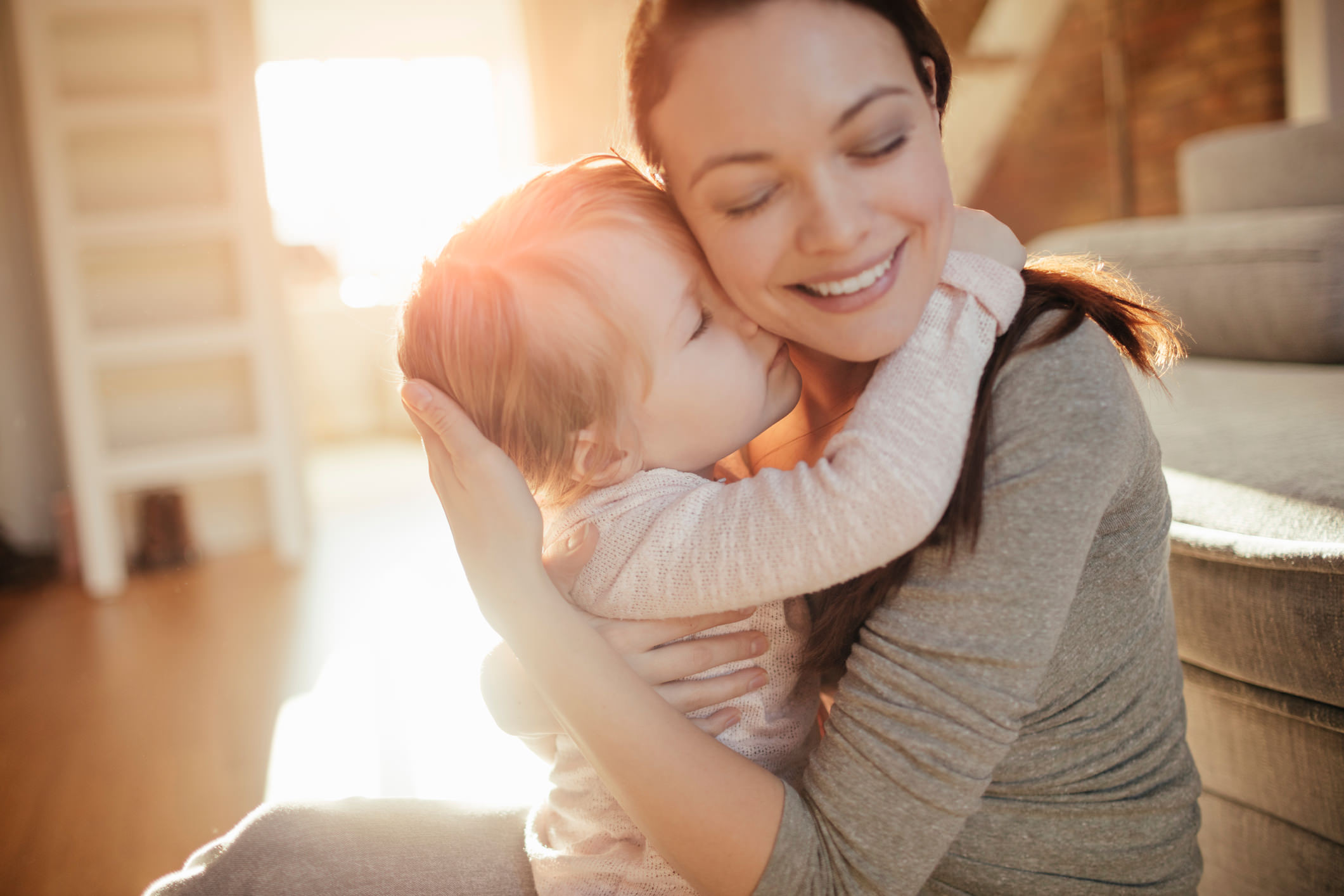 Note in this histogram how we do not have the midtone arch that was present in the previous example. The graph has changed because the image of the mom and her baby is predominantly white tones with very few dark areas. That’s why we see a large spike at the far right of the graph, and a greater number of pixels from the middle of the graph to the right. Note in the image how there are very few dark areas - something that’s reflected in the histogram as well.

It’s important to be aware that just because this graph is shifted to the right doesn’t mean that it is a poorly exposed image. All this means is that for this subject, which has many lighter tones, the resulting histogram will naturally be shifted to the right. In fact, if the exposure was adjusted to make the histogram more “typical,” it could well render the light-colored subject matter as darker, like turning the white highlights to gray. 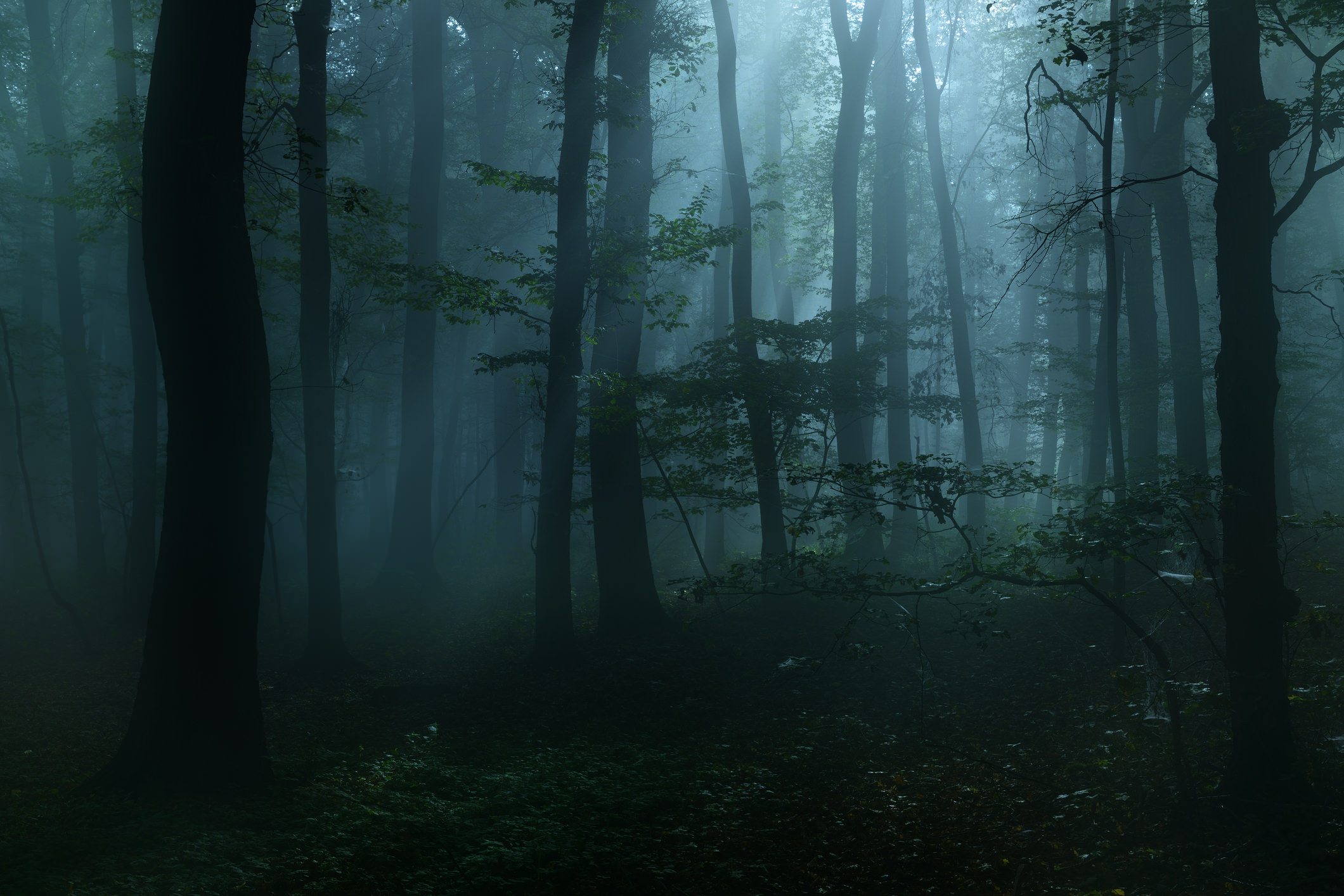 In this histogram, we see that darker tones are greater in number because of the sharp spikes toward the left side of the graph. Again, keep in mind that this doesn’t necessarily indicate a poorly exposed image. Rather, the primary subject might simply be a dark, like the shot of the dark forest above.

Something that this histogram and the previous two histograms have in common is that the full range of tones is represented. Notice how even though one histogram spikes in the middle, another spikes on the right, and another spikes on the left, that there are still values across the entire spectrum represented in the image. That means that each of these histograms indicate a good exposure.

Using the Histogram to Adjust Exposure

When you view the histogram for an image and there is a gap on the left or the right, you’ll need to put some work into making it a more appropriately exposed image.

Gaps indicate that there are pixels in that range of tones completely missing from the photo. 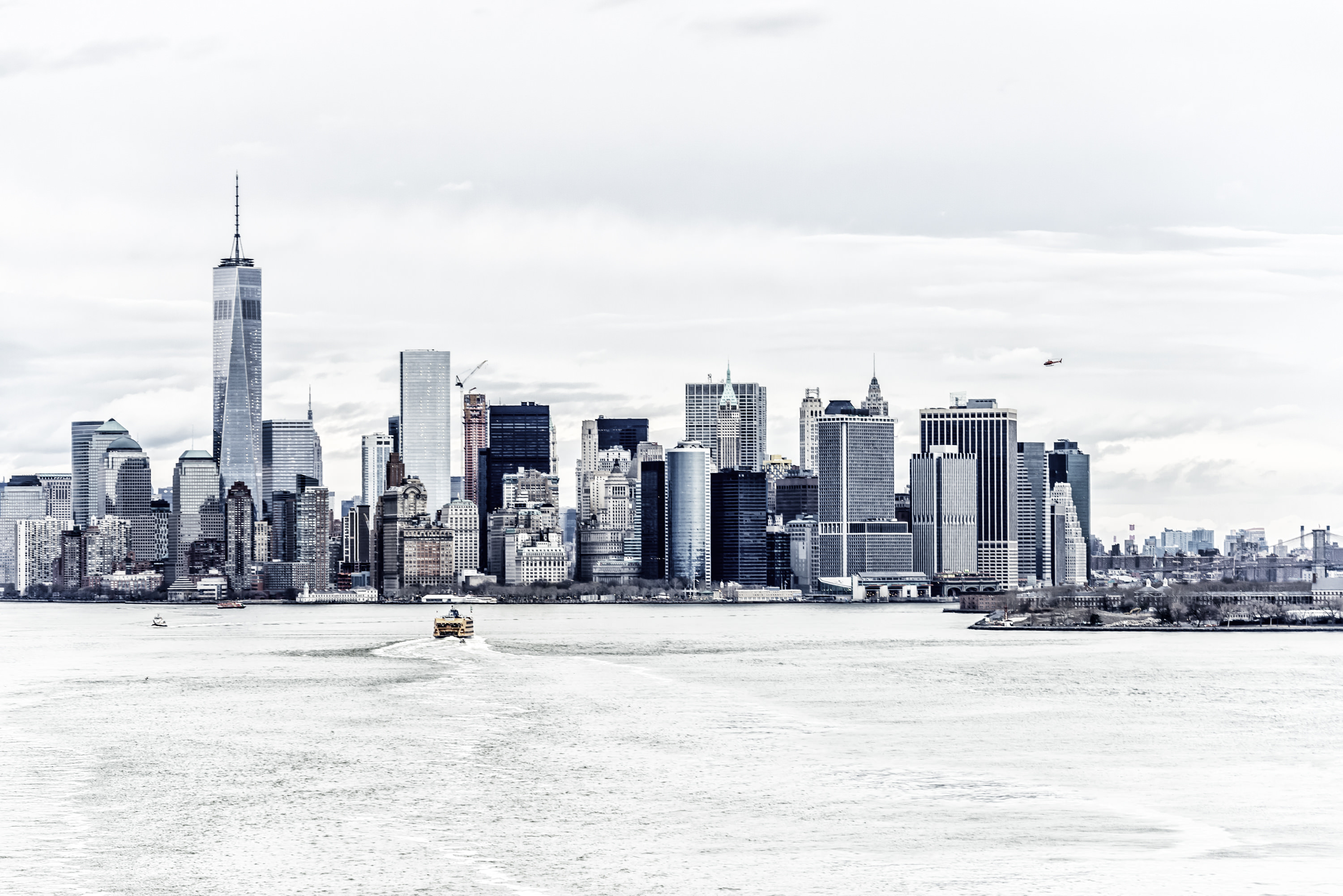 For example, in the sample image of New York City’s skyline above, note how there are no shadow details in the image. This is reflected in the histogram where a gap exists on the left side That means that the image is overexposed (which is also indicated by the tall spikes on the far right of the graph). To rectify the situation, you would adjust your exposure settings to restrict the amount of light, either by using a smaller aperture, a faster shutter speed, or a lower ISO, or a combination thereof. 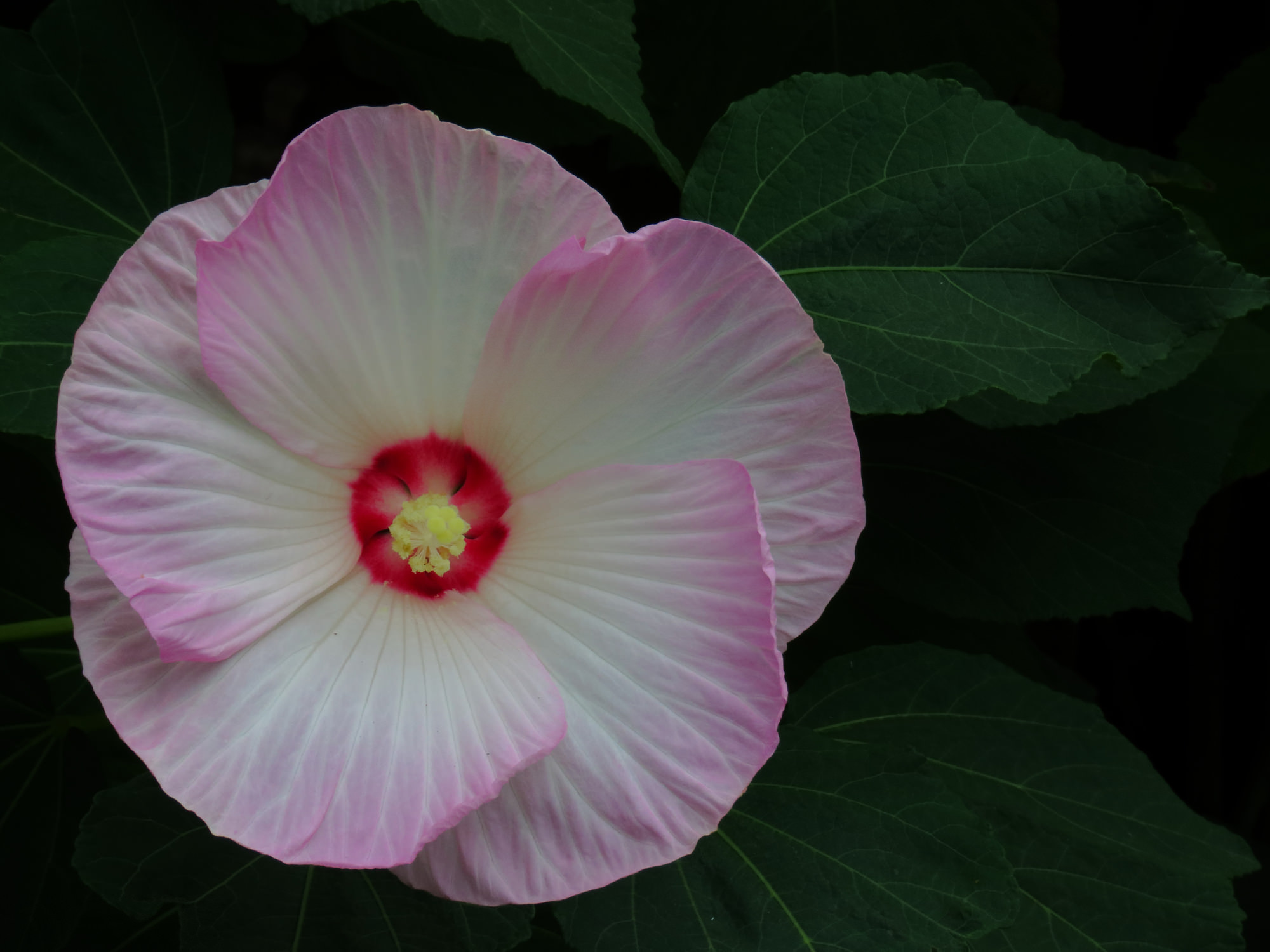 Of course, the opposite problem can occur as well. In the example above, there are far too many dark tones in the image, with no detail beyond the foreground leaves and a minimal amount of contrast. This is indicated by the cluster of spikes on the left side of the graph. There are no highlights indicated, meaning the image is too dark. Boost the brightness of the image by using a larger aperture, a slower shutter speed, or a higher ISO value, or a combination thereof to extend the graph from the left all the way to the right.

You might have heard the term “clipping” thrown around before.

If you don’t know what it means, it simply indicates that there has been a loss of detail in the image in the highlighted or shadowed areas. In other words, that detail has been clipped from the image.

To avoid clipping, ensure that your histogram barely contacts the left or right sides of the graph. That will ensure that you retain the details you need in those dark and light areas. This goes for colors too! Check your RGB histogram for clipping as well because it might show areas of colored clipping where the luminosity histogram shows no clipping at all.

Give yourself even more protection against clipping by using the histogram in tandem with your camera’s highlight warning feature, which is often called “blinkies.”

Essentially, blinkies make the clipped highlights or shadows in an image preview blink - that way you know what areas are being lost. This display is separate from the histogram, and gives you yet another visual cue as to what areas of the image might need more attention to bring the exposure into a more desirable realm.

If you’re a Canon shooter, either press the “Info” or “Display” button repeatedly until you see the blinkies appear on your image preview. If you’re a Nikon shooter, press the Up or Down buttons as you preview an image until you see flashing highlights. Consult your camera’s owner’s manual to get more details about your specific model’s highlight warning features.

Using the Histogram to Your Advantage 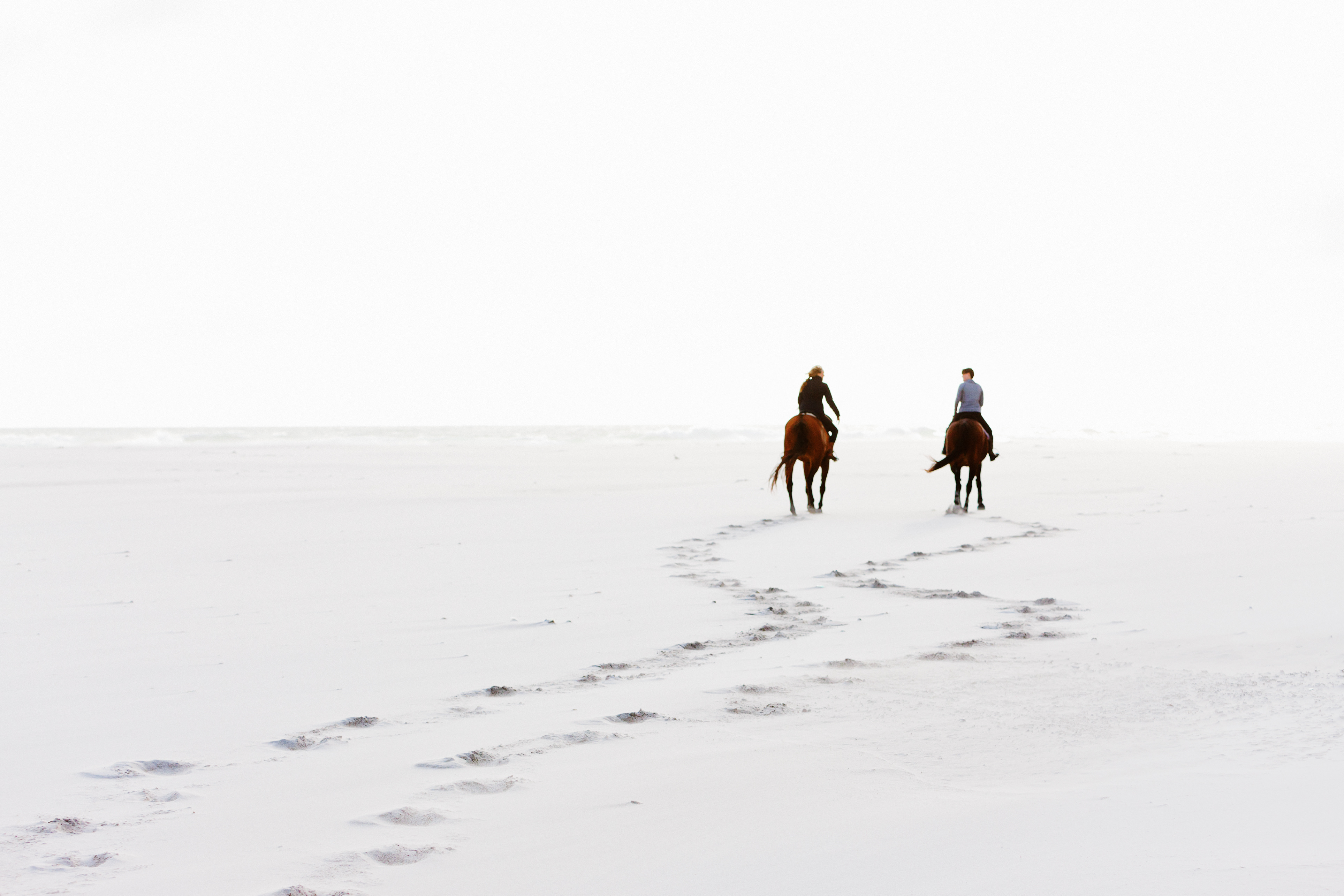 Now that you have a firm grasp on what a histogram is and how to read it and interpret it, it’s important to determine how you can use that information to your advantage.

Part of this process is identifying the impact that the scene you’re photographing will have on the image you take. For example, if you take a portrait on a bright, sunny day, you should expect to see a spike on the right side of the histogram. Conversely, if you take a low-light image of a forest with a lot of shadowed areas, expect to see a spike on the left side of the histogram.

In other words, don’t conform your photos to a certain type of histogram. It is a tool that is helpful for correcting exposures that have gone awry - not a hard and fast rule that you must adhere to in each and every shot. Ultimately, what makes a “proper” exposure is you and your creative vision.

In the end, look at each scene you’re photographing and determine how you want to interpret that scene. Then, use the histogram to help you get the effect you want. That’s how you use this powerful tool to create even more powerful photos.

If you liked this article check out these: Six Things Your Camera Would Say if It Could Talk and  Understanding the Basics: Your Cameras Histogram 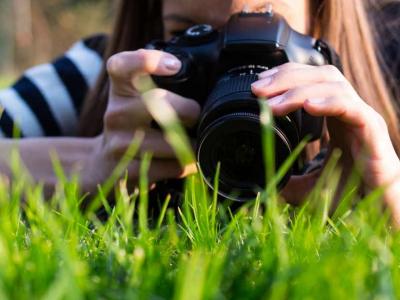 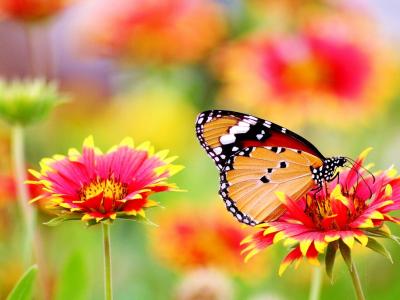 The Sigma fp might not have been the first full frame camera you thought of buying, but as we discuss in this review, it is well worth considering.

In this Nikon D780 vs D750 review, get the scoop on the specs, features, video performance, price, and many other factors of these excellent cameras.

Leather straps can be awesome, but if leather isn't your thing, give one of these vegan camera straps a good, long look!

Whether you're a seasoned pro or a new portrait photographer, these family portrait tips will help you make the most of your time with your clients.

Low angle photography presents you with many ways to create more engaging photos. Get some tips on how a low viewpoint can help you make better photos.

iMovR is known for their innovative approach to designing and constructing standing desks. Their new Captain's Desk continues that trend.

Apr 07, 2021
How to Get More Google Reviews for Your Photography Business

If you get more Google reviews, your business page will have a higher SEO ranking. The higher the ranking, the more people will see your page, leading to more business.

With these forest photography tips, you'll learn some techniques for giving your forest photos new life with improved compositions.