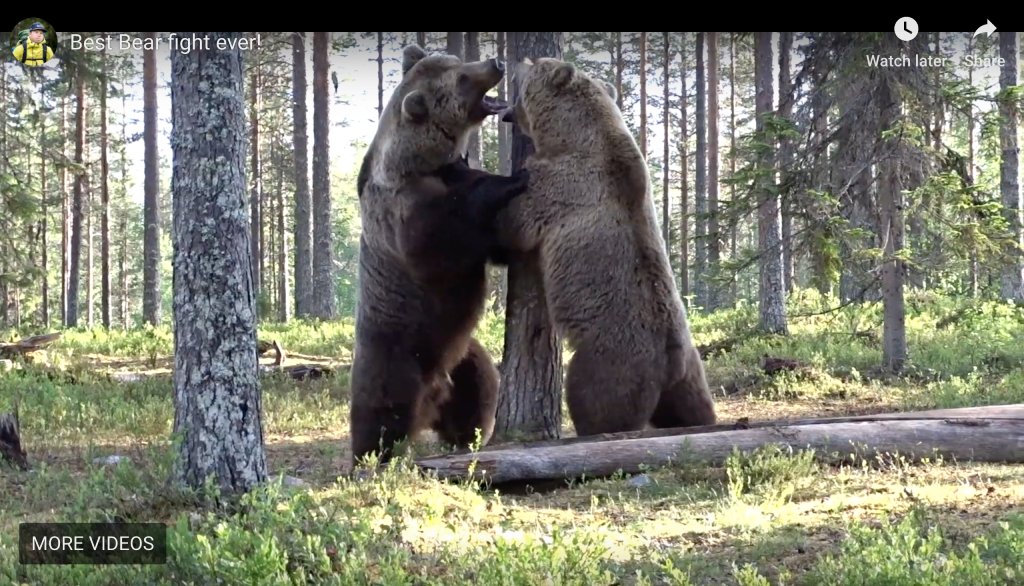 I'm not sure I would be calling this the "best bear fight ever," if I was in Tero Pylkkanen's place.

The nature photographer was camping in the middle of nowhere, and therefore miles and miles from the nearest hospital in Kuhmo, Finland, when two bears starting going at it just feet from him.

Shockingly, the first bear showed up about an hour after Pylkkanen settled down at his hide. Normally, wildlife photographers need to wait a whole lot longer than an hour for such a sighting.

The second bear showed up an hour later.

"I was in the bear hide with my family and these two bears were following each other maybe a couple of hours, and then luckily they took action in front of our hide," Pylkkanen told PetaPixel.