PT360: Episode 23 – The Next iPhone Could Have DSLR Features, Photographers Create Images from Nothing, Travel Photography Goes to New Levels, and Much, Much More!

PT360 is bursting with news, rumors, gear reviews, and must-see photography this week! Explore Canon’s latest experiment in which six photographers had to create images in a completely blank studio. The results are amazing! Also see how travel companies are combatting the rise of the selfie stick. As far as rumors go, check out new details on the iPhone 7, and see what Fuji has up its sleeve for the fastest lens it’s ever made. There’s information about Leica’s new underwater camera, tips on getting great group photos, and awesome light-painted images for you to explore as well. Let’s get to it!

Canon Australia Challenges People to Make Photos With Nothing 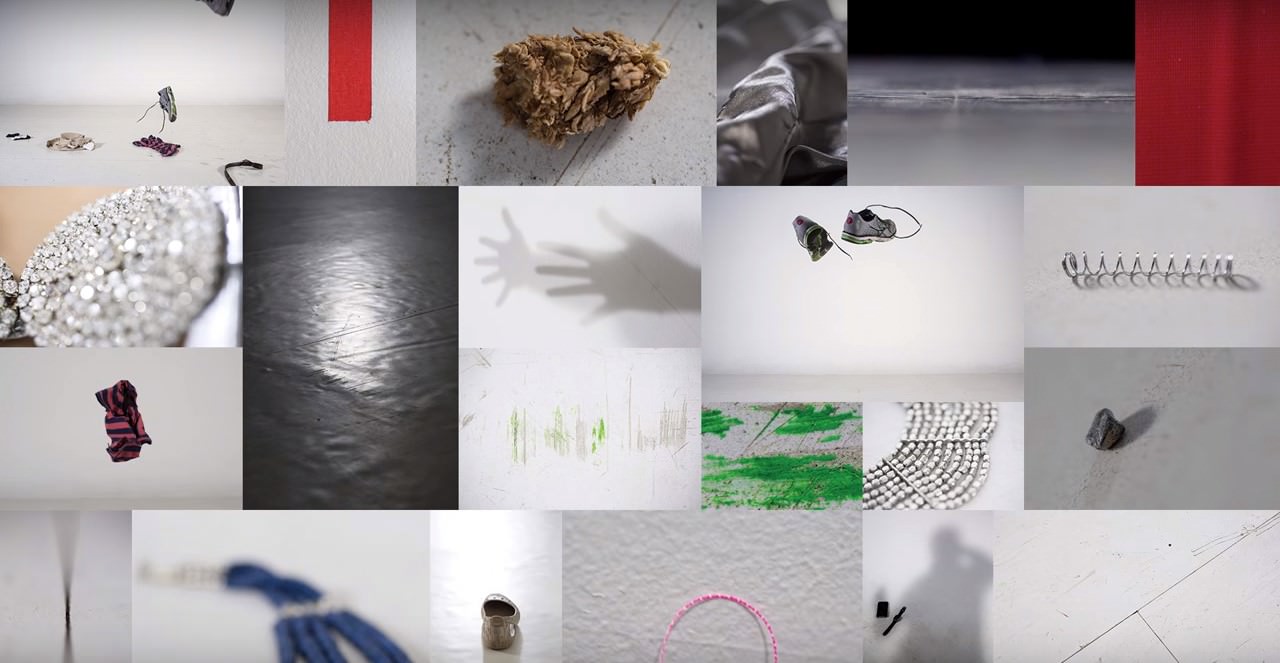 What the photographers didn’t know is that they would be provided with nothing. The studio was empty. There were no props were provided. They couldn’t take selfies either.

The project is called Blank: Creating Something From Nothing and the results are absolutely incredible.

At first, you feel sorry for the photographers as they stare blankly at the blank canvas before them. But after a lot of pacing and head scratching, you see the true power of creativity and imagination begin to form before your eyes.

One photographer takes his pen and phone out of his pocket to create a minimalist image. Shoes, shadows, and even smudges on the bright white floor become subjects as well. One guy even disrobes and uses his shirt and pants as his subject!

Watch the video below and you will see just how professionals can make something out of nothing by manipulating perspective, focus, and lighting. 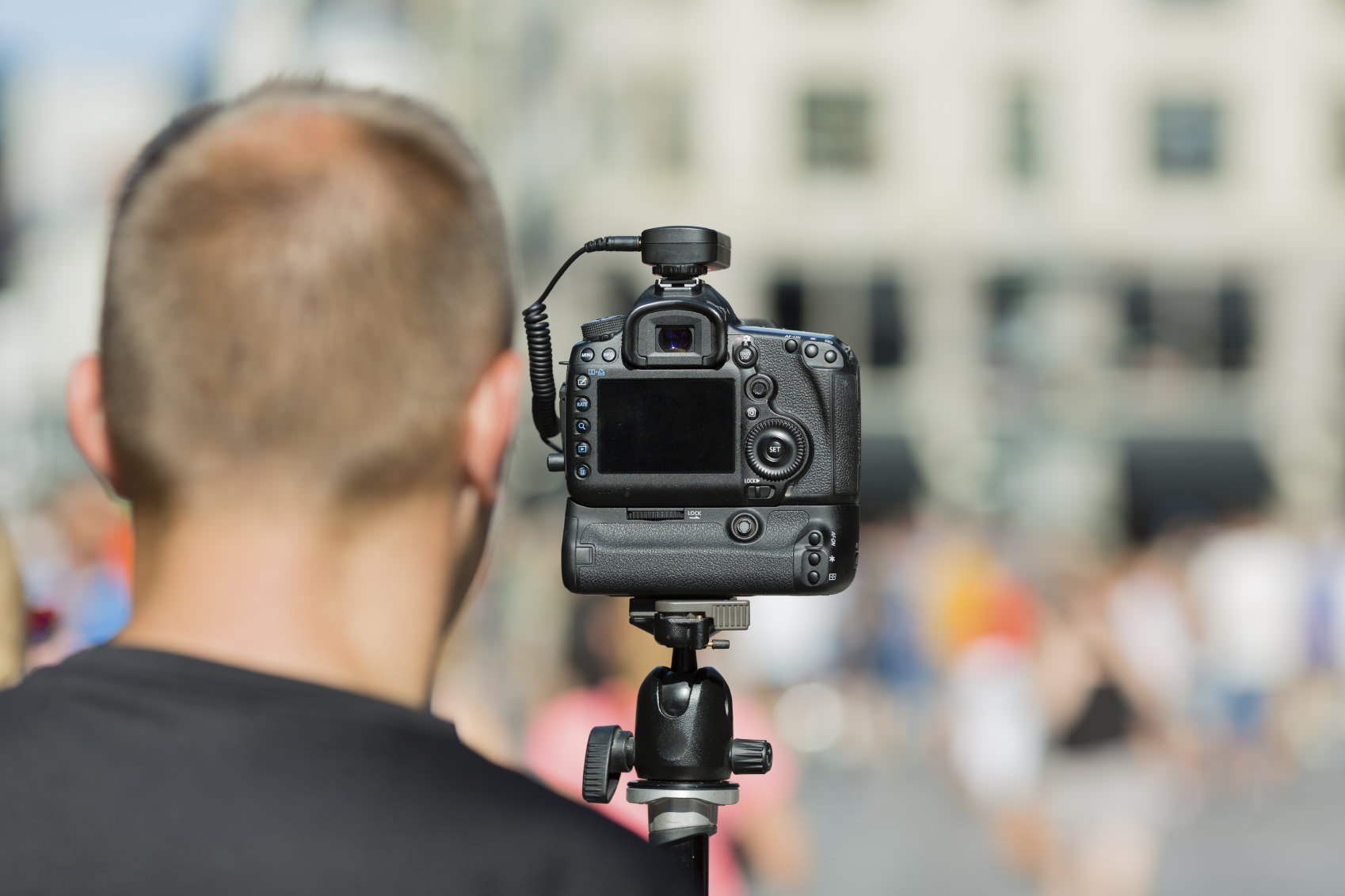 We reported not too long ago that selfie sticks were on the outs at many monuments and travel locations around the world. But the hits just keep coming for the photography tool.

To combat the prevalence of travelers annoying everyone with their selfie sticks, some companies are hiring out professional photographers to document your vacation for you.

Some of these companies simply connect you with professional photographers once you reach your destination. Going to Belize? They will find you a professional to take photos of your travels. Going to Paris? Same thing.

Other businesses offer a more all-inclusive plan, with tour and travel packages that include a professional photographer that travels with your group.

As this type of business model continues to grow and develop partnerships with global companies like hotels, cruise lines, and the like, we’re likely to see far fewer selfie sticks and bad photos in favor of frame-worthy professional shots. That’s not a bad thing!

Read more about the emerging trend of professional travel photography at Skift.

KEH has long been the go-to place for photographers to buy and sell used gear. And now, that process is easier than ever.

KEH recently launched a new website that streamlines the process of selling your gear. There are just four quick steps in the selling process:

It’s that easy! KEH is a trusted retailer that has built a solid reputation over the last 35 years. You’ll get top market value for your gear, get your money quickly, and do so without any headaches or worry on your end!

Visit the new, improved KEH website to find out more.

The Next iPhone Could Have DSLR Features 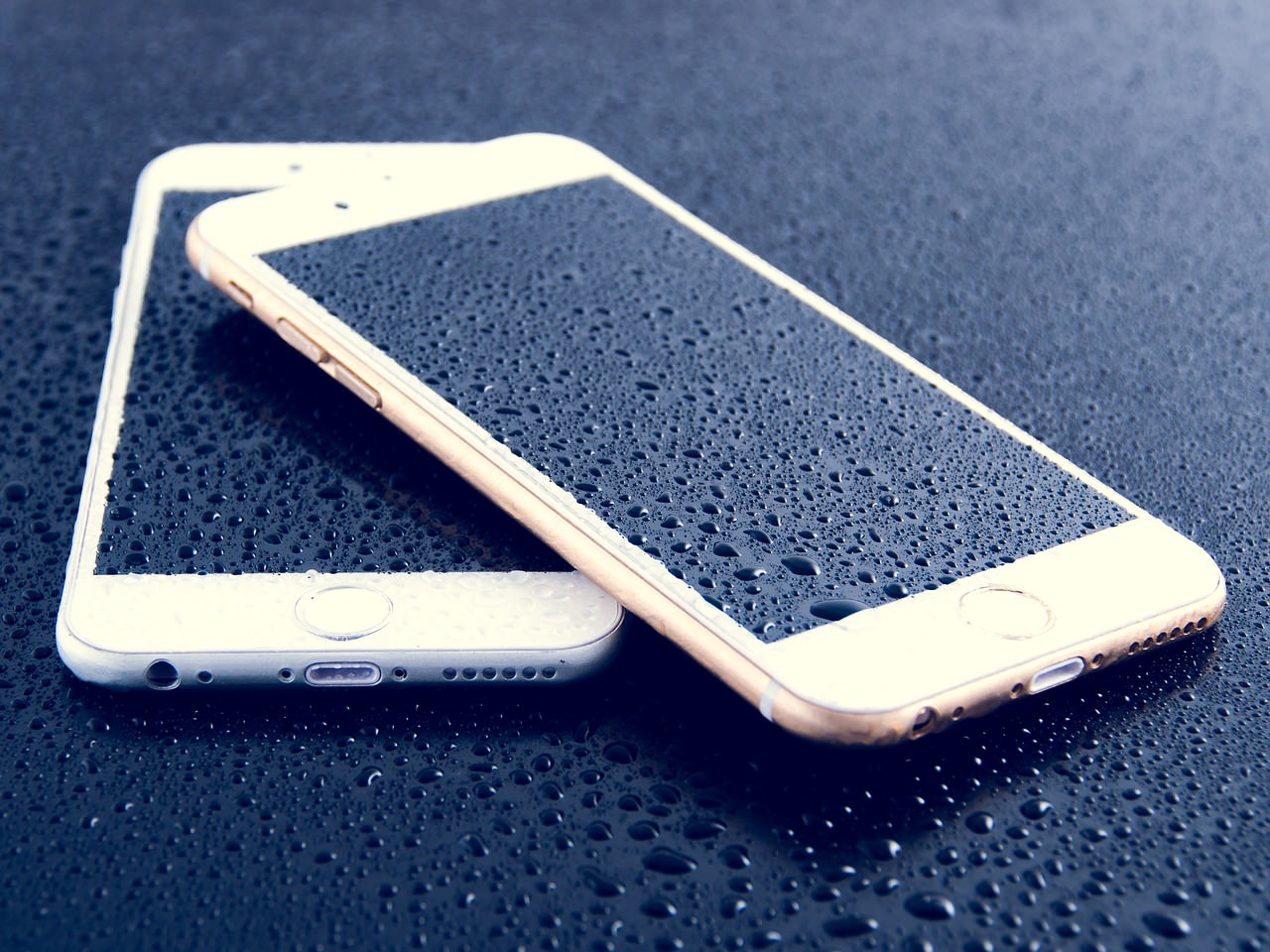 Bear in mind that as rumors go, this one is out there. Nevertheless, it’s interesting to think about!

But the most interesting aspect of this rumor is the possibility of adding DSLR features to the phone.

Several months ago, Apple acquired Israeli-based company LinX, which specializes in developing extremely advanced camera technologies. At the time, several possible features were discussed that LinX might offer to the new iPhone, including better low-light imaging, less noise, and a multi-aperture lens, to name a few. And, just for kicks, the new phone may well be waterproof too!

We’ll keep an eye on all the iPhone 7 rumors as there are sure to be many, many more in the coming months. 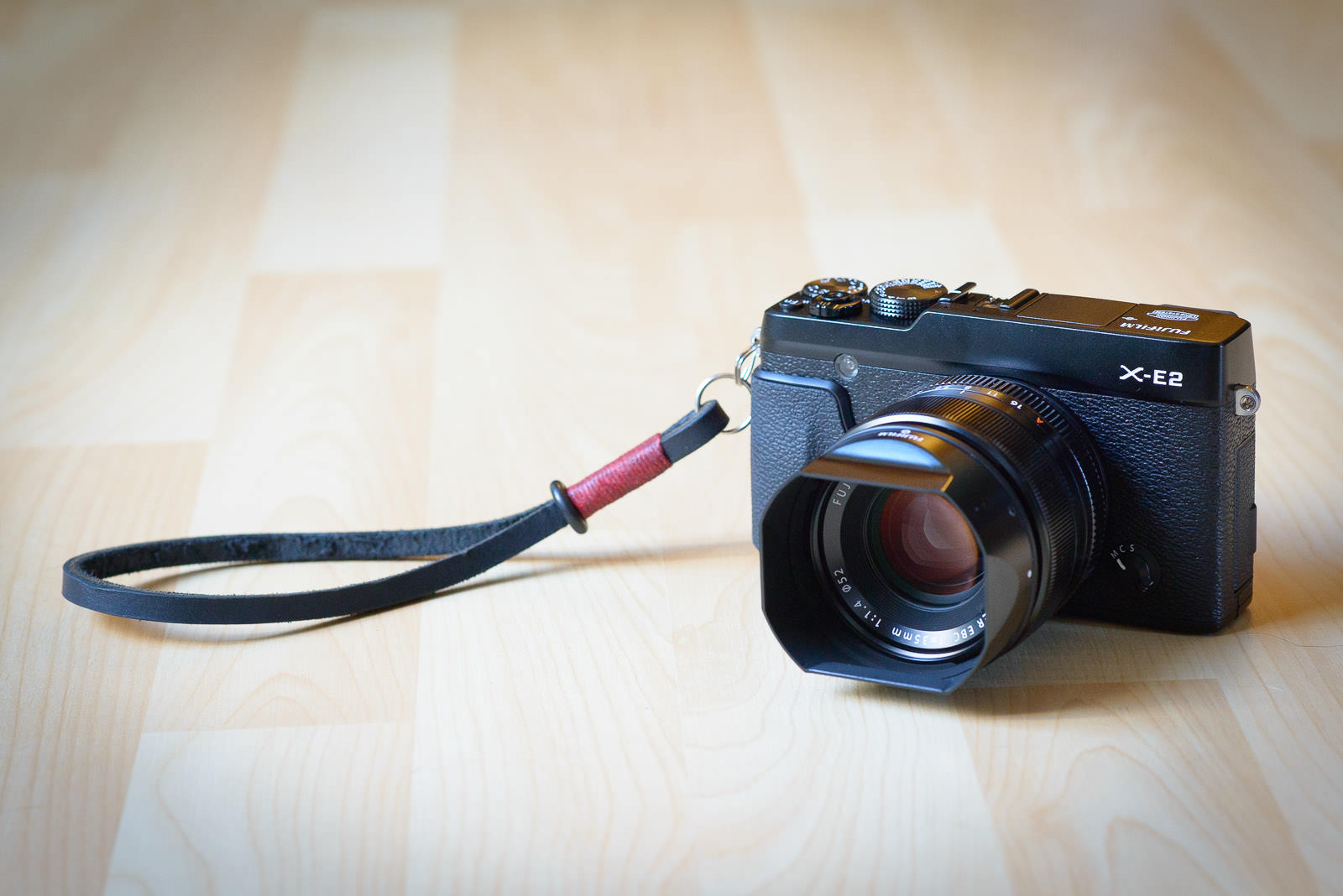 By Scott Hill [CC BY 2.0 (http://creativecommons.org/licenses/by/2.0)], via Wikimedia Commons

One of the fastest lenses available from Fuji is its XF 56mm f/1.2 R. But, reports indicate that the company wants to offer an even faster lens for customers with an XF mount camera.

According to FujiRumors, an XF 33mm f/1.0 lens is in the works, and will be unveiled at Photokina in September 2016. At f/1.0, the lens would have astonishing speed and would represent the fastest XF lens to date, for sure.

Not much else is known about the lens, but we’ll keep you up to date as more information becomes available! 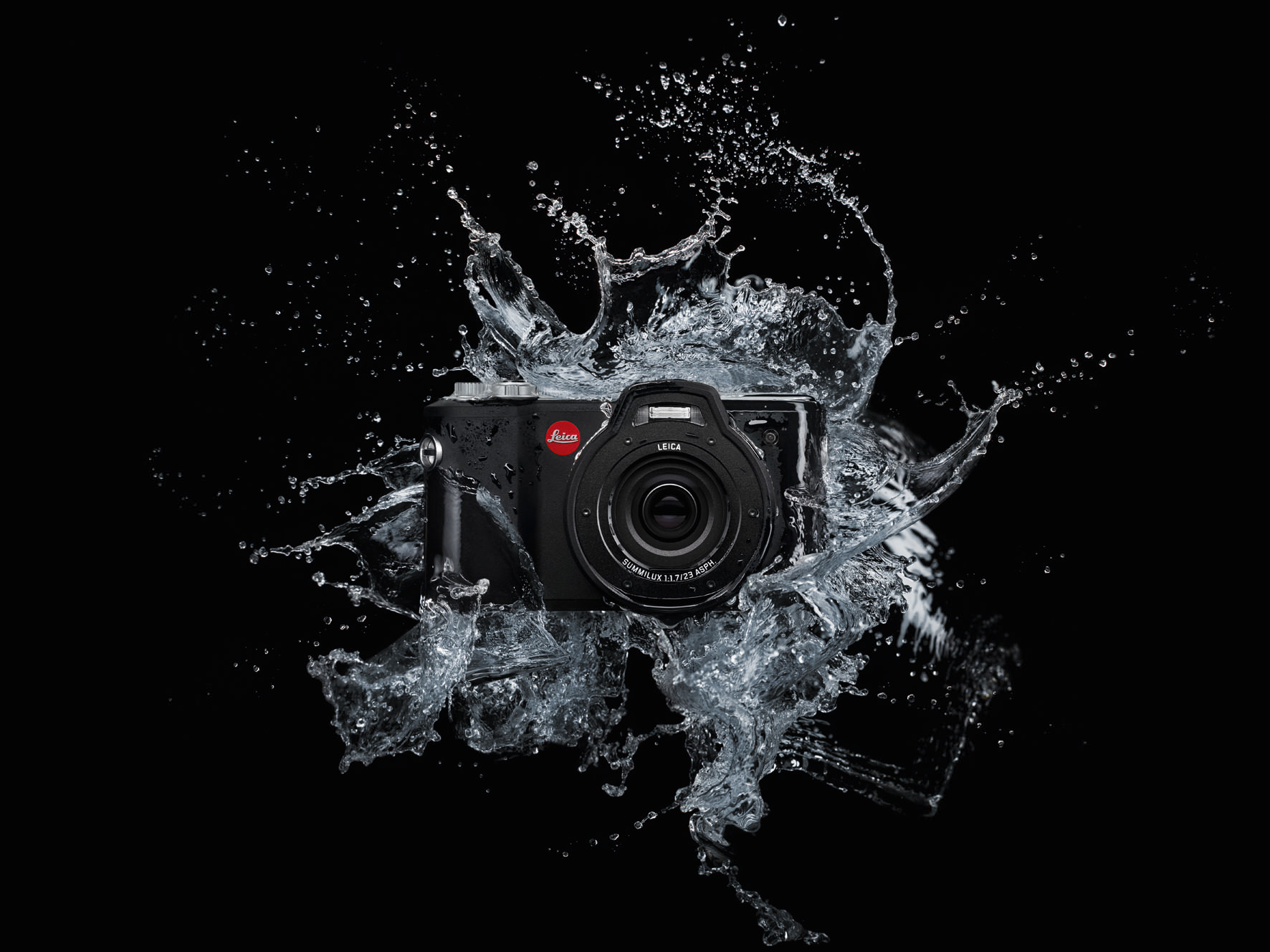 Go figure that Leica has made something totally amazing.

This time, it’s their brand new X-U camera, which, in case you wondered, is light, compact, and waterproof.

We reported on the X-U back in November when it was still a rumor, but now it’s all too real. It’s got a 16.5-megapixel APS-C sensor, a 23mm f/1.7 lens, and is made from lightweight aluminum and a non-slip material so you don’t have to worry about lugging it around or dropping it.

The camera body is clearly a functional tool, but man, is it pretty to look at. Designed in partnership with Audi, the X-U has large knobs and dials that make it easy to use underwater, and the minimalist style of the camera is sure to impress whether you’re in the water or on dry land.

PhotographyTalk Quick Tip of the Week

Make Group Photos a Success With These Easy Tricks 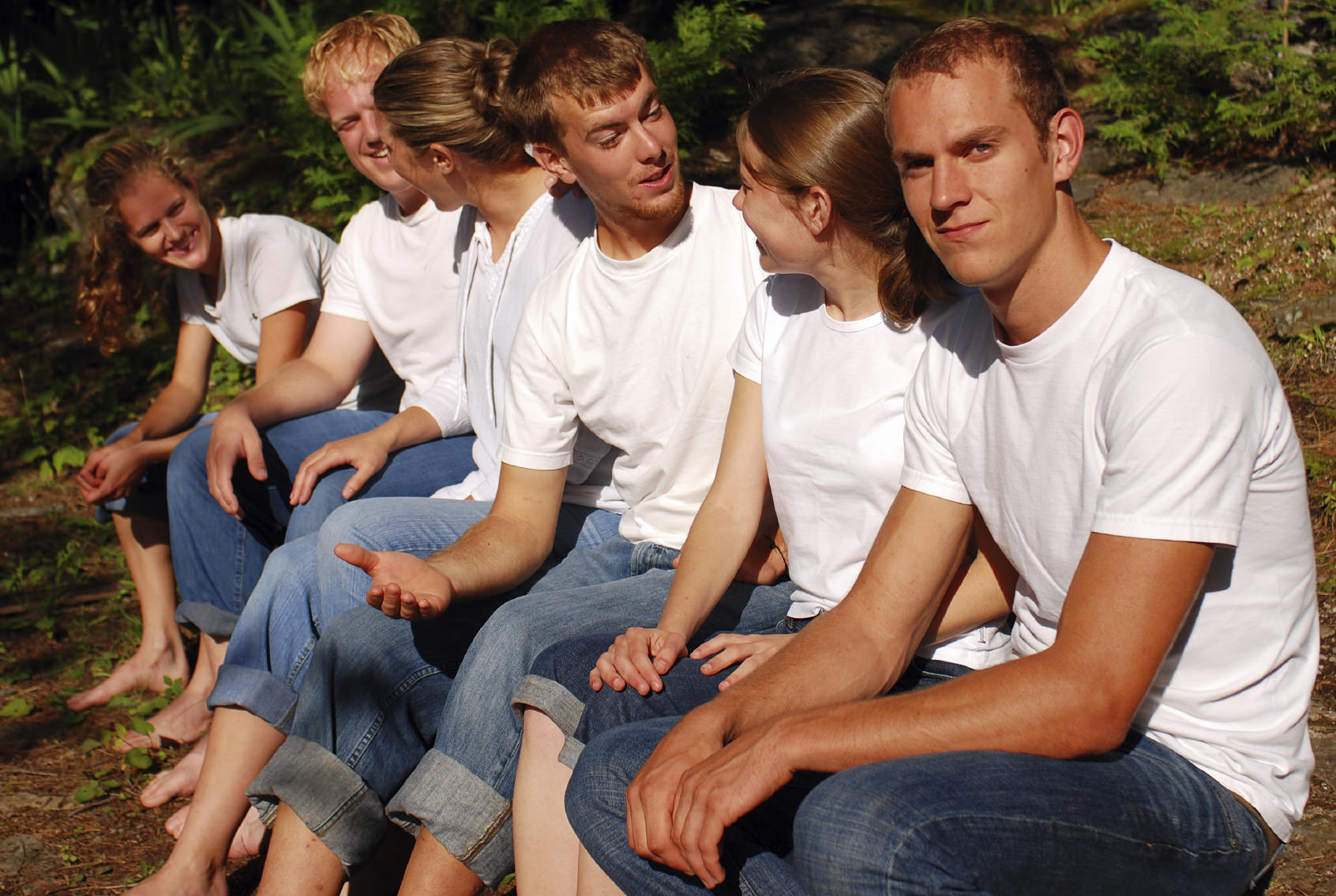 Just reading the words “group photo” can make a photographer cringe. As the number of people in the photo increases, the chances of getting a good shot of everyone rapidly decreases. So, what are you to do?

Other than photos of sports teams, group photos should rely less on people positioned in a straight line and more on people being relaxed. Give them a sofa or a few chairs, have some people stand while other kneel, or give them something to hold. You’d be amazed at how much easier it is to get a good group photo when people are relaxed and have something to do with their hands.

Pose People From Most Cooperative to Least

If shooting a family portrait, pose the parents first because they are the most likely subjects to be able to sit still and maintain their composure. Then work the kids in, directing the ones you can communicate with the best to their poses first. Toddlers, angst-filled teens, and other wildcards should be left for last so they have the shortest window to lose interest in the photo shoot.

If you try to pose 25 people all at once, you’ll fail. Instead, break the large group into smaller subgroups of 4-5 people. Pose one group then move onto the next, again, working first with the people that will be the most cooperative for the longest and saving the groups of people that are in danger of throwing a fit for last. 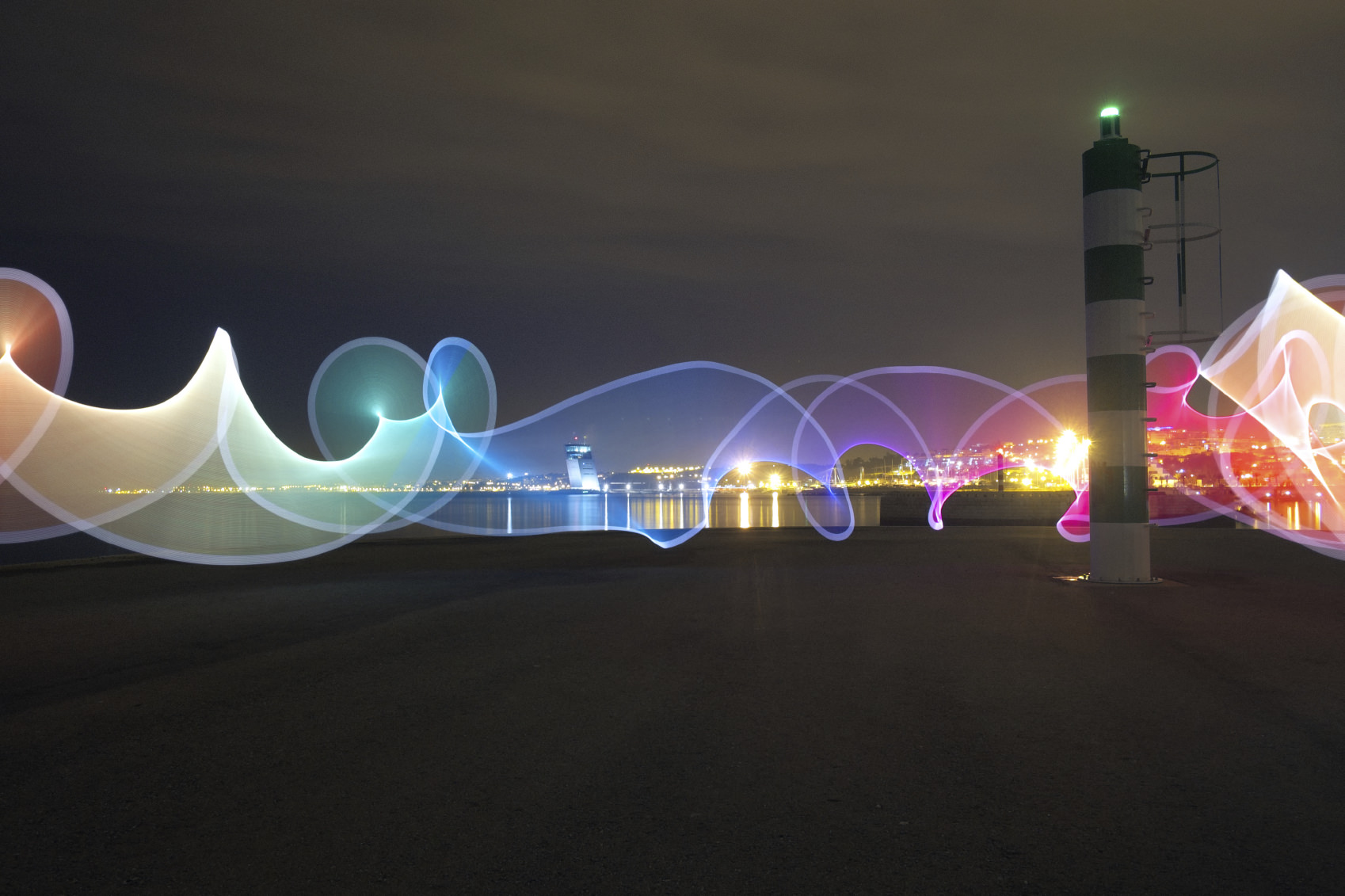 Photos of light painting take an incredible amount of time, effort, patience, and planning to pull off. But one photographer, Eric Paré, seems to have mastered the craft so well that he makes it look easy.

In his travels around the world, Paré has perfected his light painting techniques to create some of the most ethereal and surreal images you’ll see.

After setting up his camera on a tripod, Paré takes up a position behind his model, out of sight from the camera, and with one hand swirls light tubes around while triggering the camera’s shutter with a remote. We think you’ll agree that the results are amazing!

Learn more about Paré and check out some of his magnificent images at Tech Insider.