California's Camp Fire Wrecked This Couple, Then a Photographer Restored Their Wedding Album

Paradise, California was wrecked by one of the largest wildfires in recent history, and with it, people's lives went up in flames. Marc and Mary Taylor, one of these couples, not only abandoned their home in November 2018, but had to run for their lives along a crowded freeway.

Once they realized they were safe, one of the only things the couple really wished they could get back was their wedding album. They had lost every single one of their family photos.

"They came back to me and said, 'We dug immediately, and we found them. We have them,'" Taylor recalled. She immediately began crying with her husband.

The couple was married on August 14, 1999. So, why did the photographer still have the photos? 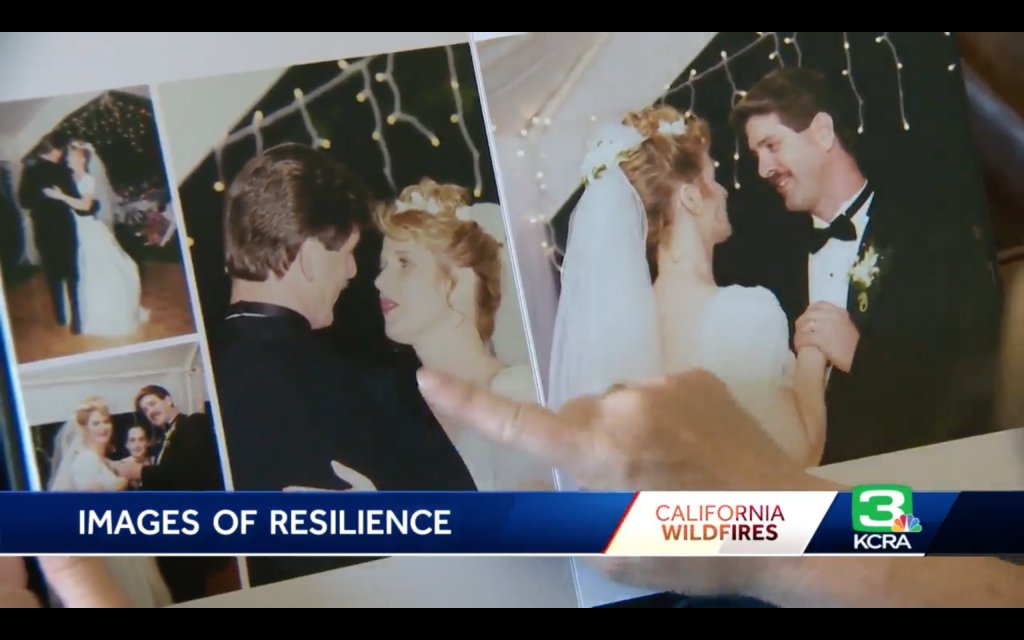 Richard Briggs, the photographer charged with shooting the Taylors wedding, said he specifically remembered their wedding because Marc cried while Mary walked down the aisle.

"I thought, 'These people are so much in love,'" Briggs recalled.

Briggs had all of the negatives from the wedding and his wife was able to edit them for the couple. Briggs has an archive of every photo he has taken since 1985.

"They were a little faded," Briggs said of the negatives. "I bought a scanner and scanned them all. And my wife, she's excellent in editing, and she brought back the color and the life into the photos, and from those images, I was able to make an album."

"It's the only photos that we have from the past," Taylor said. "So, it meant a lot because we lost everything in the fire."

Marc's mother has passed since their wedding nearly twenty years ago.

"My mom, who died six days before Christmas... to see her pictures in there, her photos, it's just... it's a piece of mom," he said.

The Taylors, like almost all of the 26,800 original residents of Paradise, California, have relocated since the devastation and are now focusing on rebuilding their new lives.