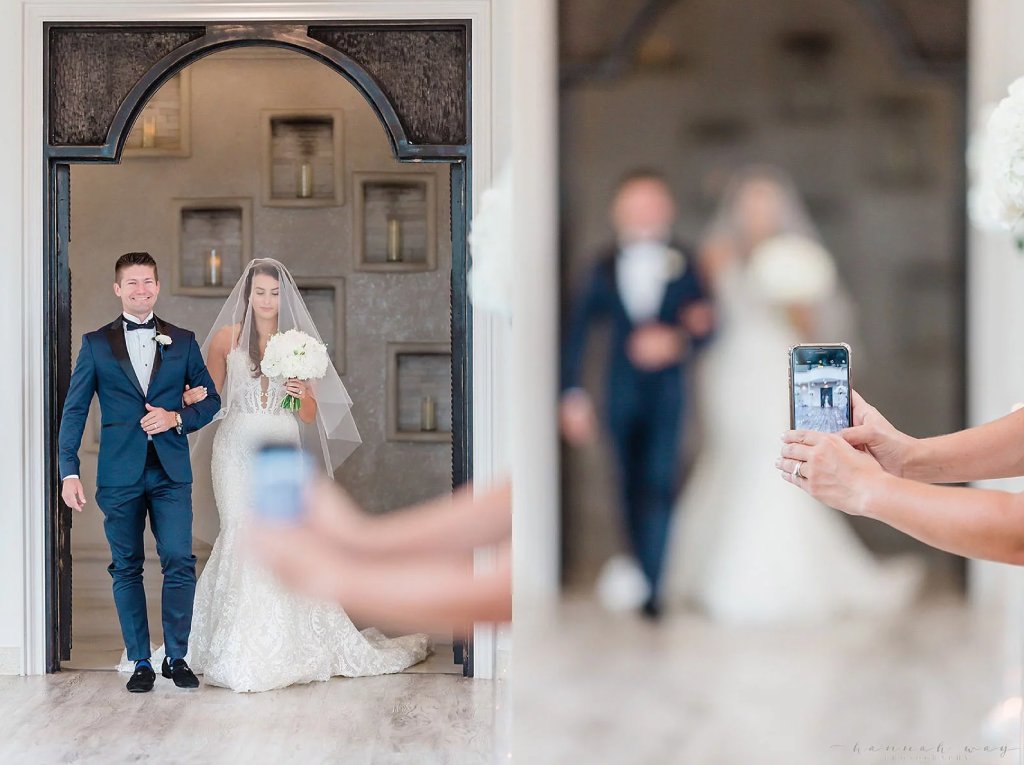 Invasive cell phones became such a problem a few years back that many brides and grooms began banning them from their weddings altogether. Not only do these phones distract from the festivities at hand, but they get in the way of the photographer who was PAID to do the thing you're doing with your phones but better.

One photographer just so happened to capture the perfect shot to exemplify why phone bans at weddings make so much sense, and she had a lot to say about it.

Hanna Stanley of Hannah Way Photography captured the perfect shot of a bride and groom entering the reception hall, or else it would have been perfect if not for the woman who stuck her iPhone right in front of the photographer at that exact moment.

"To the girl with the iPhone," Stanley's note begins, "Not only did you ruin my shot, but you took this moment away from the groom father of the bride, and the bride."

"What exactly do you plan on doing with that photo? Honestly. Are you going to print it out? Save it? Look at it every day? No."

In an interview with INSIDER, Stanley said the main point of sharing the post, "was to make people aware of how often we rely on our phones when the real world is right in front of us and we are missing special moments like this one."

As a photographer, I can understand why she was so upset.