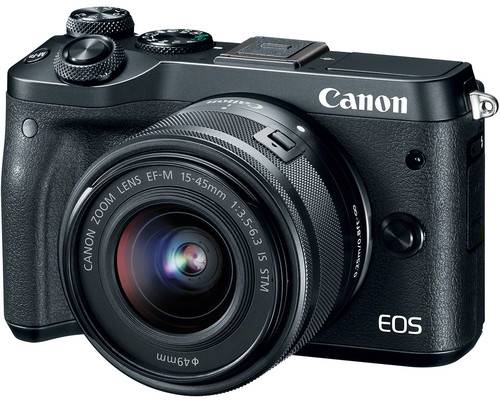 You can use this camera for vlogging or stills shooting. Since it features a higher burst mode, it’s a really versatile camera that I’ve used for everything from portrait photography to wildlife photography.

When it first came out, it was largely considered the best mirrorless camera that Canon had released to date. Of course, four years is a long time in the mirrorless camera world, and so you’re likely wondering if it still holds up. 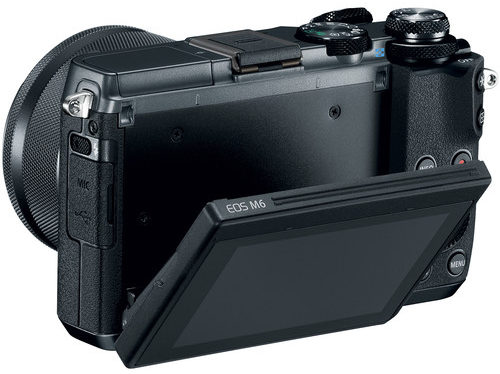 The Canon EOS M6 features a 24MP sensor, a 9.1fps burst mode, and a 3” tiltable touch screen with 1.04m-dots. The screen can tilt 180-degrees up and 45-degrees down, making it the perfect option for vloggers.

This camera also comes with a pretty great autofocus system. It features 49 autofocus points. This system works hardest in video mode where face and subject tracking are available.

Other Canon EOS M6 Specs Include: 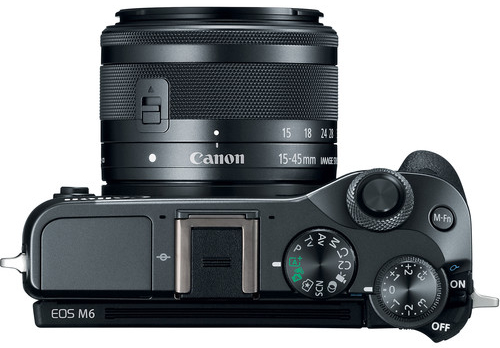 The camera is made of magnesium alloy, which is why it is so light. But, since it really doesn’t make much use of plastic, the camera still feels solid in your hands. There isn’t much of a grip on this camera, so I definitely recommend using a strap with it at all times. There’s a small thumb grip, but it’s not enough for you to feel secure.

Otherwise, you should be able to do some one handed shooting with this camera. I already mentioned the battery life of almost 300 shots, which you can improve in practical shooting. I think that the battery life on this camera is about as low as I would typically go without carrying extra batteries. But, you shouldn’t have to worry about it running out of juice on you for a longer shoot. 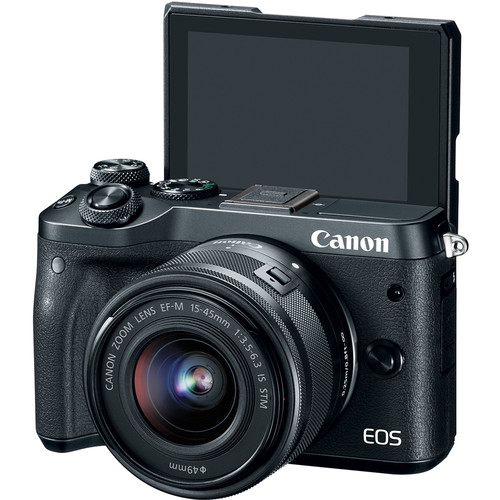 This camera does come with a microphone jack so that you can get better audio quality on yoru videos, but it doesn’t come with a headphone jack. Since it’s pretty much built for vloggers, this isn’t a huge problem.

Thank you to Ray Ortega for the Canon EOS M6 video performance test above.

As Ray points out, the Canon EOS M6 was one of the best vlogging cameras to come out in 2017. It’s relatively small, so it’s easy to carry around for vloggers who are constantly traveling. It shoots Full HD video, though it doesn’t shoot 4K, and it shoots Full HD at up to 60fps. This video capability is good enough for most vloggers, even in 2021.

It also features some pretty decent low-light shooting and phenomenal autofocus. It’s face tracking is everything you could ever need for vlogging.

The Canon EOS M6 features a fully articulating screen so that you can frame yourself while vlogging.

Ray states that the one problem he has with the Canon EOS M6 is that, while it does feature a microphone input, the microphone gets put right on top of the camera so that the screen is blocked when it is in its selfie position. 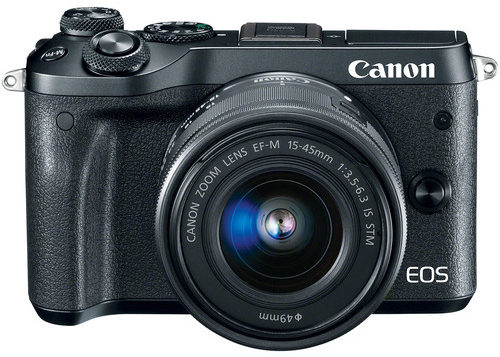 Since the Canon EOS M6 is getting older, more and more photographers are getting rid of theirs in favor of purchasing something a little newer. So, for bargain hunters, it has never been a better time to get your hands on a new-to-you Canon EOS M6.

When the Canon EOS M6 first came out, it cost almost $800, but if you know where to look, you can find one for less than half of this price today.

I always suggest that my readers go to MPB when they first start looking for used cameras. I suggest this because MPB hires professional photographers to rate all of the equipment that they purchase, so you can get some of the best deals on cameras there that are in “like new” or “excellent” condition. Essentially, you can rest assured that your camera is going to last you years when you buy it from MPB.

But, I also suggest that you start your used camera search on MPB because their pricing is really fair. MPB is always great for figuring out whether you’re getting a good deal on cameras that you buy from friends, too.

So, I went to MPB and found their Canon EOS M6 price. The cheapest Canon EOS M6 that they have available is $374 and it is in “like new” condition, which means that it features almost no signs of use. If you’re lucky, you can even find cameras with their original packaging on MPB.