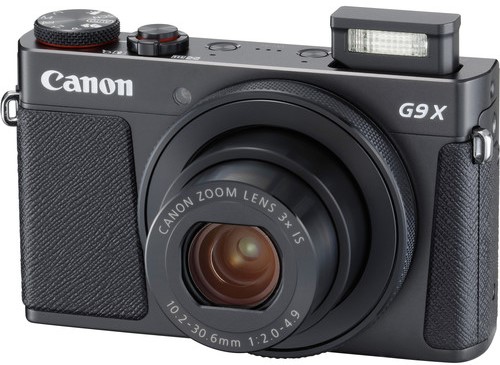 The Canon PowerShot G9 X Mark II dropped in late 2017 and was deemed an “ultra-compact” camera, which essentially means it is a good option for those looking for a slight upgrade from their camera phone.

This camera is a bit older, so some of its specs are out of date, but its large sensor and cheap price means it is still a bargain for entry-level photographers during this pandemic. 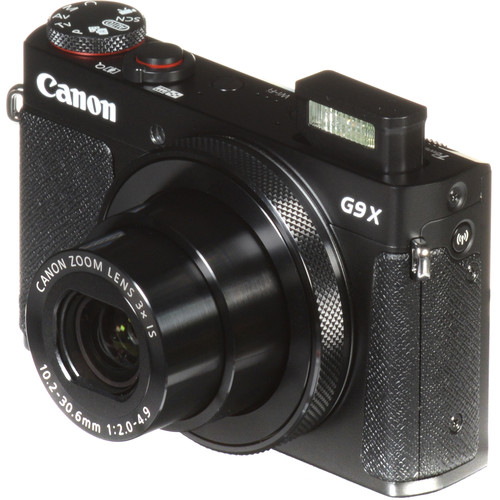 As I mentioned, the Canon PowerShot G9 X Mark II comes with a large sensor, considering its ultra-compact body. The sensor is a 20MP 1”-type BSI CMOS sensor. This sensor is paired with a DIGIC 7 processor, which was already slightly outdated when the camera came out in 2017, and a tiny body that weighs .45 lbs.

I told you it had a tiny body. 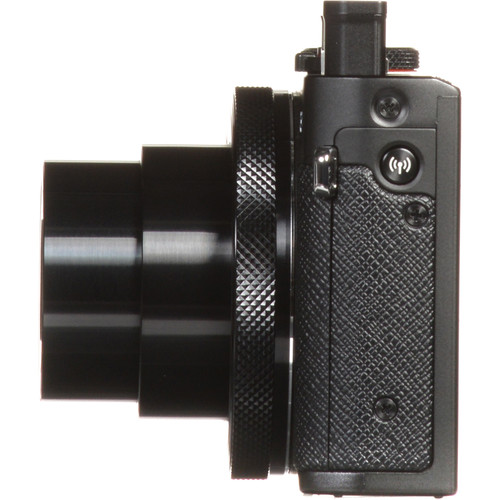 The Canon PowerShot G9 X Mark II features a pretty sturdy body, despite the fact that it is so incredibly small. It comes with rubber panels alongside the front and rear of the camera so that you can easily hold it, although you should probably use a strap with anything this small regardless.

One of the better things about the Canon PowerShot G9 X Mark II design is its touchscreen. It is a 3” touchscreen (which if you were paying attention to the dynamics of this camera earlier, means there is precious little room leftover on the rear of the camera for other buttons). Still, any LCD smaller than 3” wouldn’t be worth having. 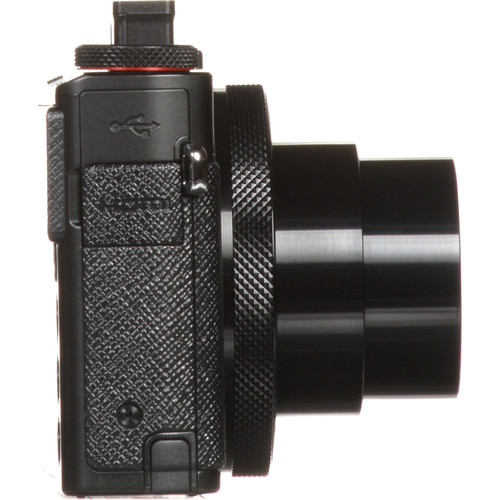 Alongside the right hand side of the screen, there are just 4 buttons, a record button, a menu button, an info button and a “Q” button. Other than these features, though, you can expect to do most of your operation on the touchscreen menu, which I’ll talk more about in the handling section below.

One problem a lot of people have identified with the Canon PowerShot G9 X Mark II is that its screen is fixed, which presents yet another problem for vloggers. 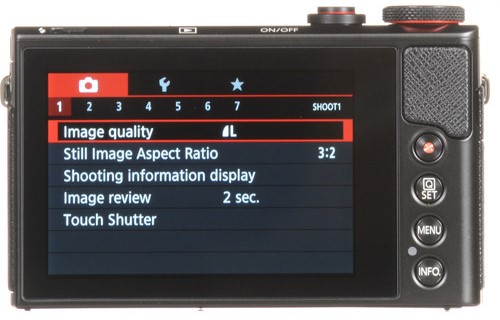 Importantly, the Canon PowerShot G9 X Mark II doesn’t include an EVF, likely for the same spacing problems. I haven’t noticed this to be a huge problem, since the only reason someone would pick up a Canon PowerShot G9 X Mark II in the first place is for its size. I personally think the trade off wouldn’t have been worth it for the photographers this camera is being marketed towards. 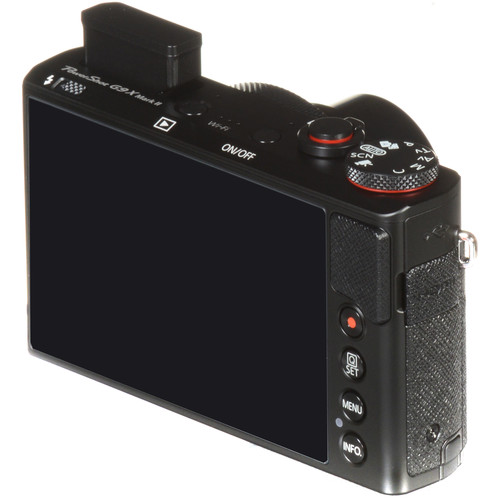 The Canon PowerShot G9 X Mark II build can, frankly, be summarized in one word: small. If you need a camera that you can carry around in your pocket, but that can still take better photos than your phone, this is probably the camera for you.

The Canon PowerShot G9 X Mark II comes with a control ring that is basically equivalent to a 28-84mm lens.

But, the most important part of the Canon PowerShot G9 X Mark II is its menu options, since this is essentially how you operate nearly all of the camera's capabilities. 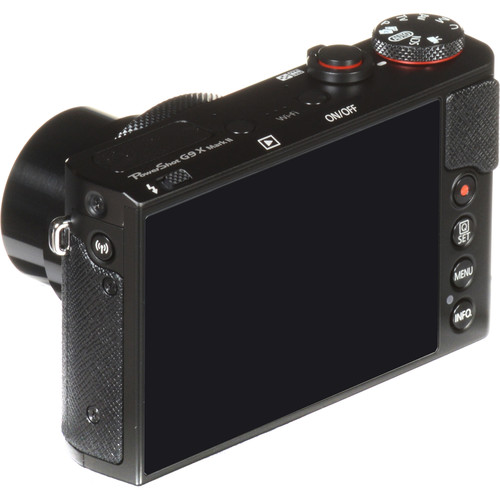 Thankfully, I’ve found the menu to be quite responsive and easy to understand. I can tell it’s definitely built for a photographer who is transitioning from a smartphone and so is already comfortable using a screen for most of their photography.

Another thing that’s important to remember about the Canon PowerShot G9 X Mark II handling is its battery life, which is less than impressive. If you aren’t in eco mode, you can only get 235 shots out of one charge, but even when you are shooting in eco mode, that number is still just a little over 300. Personally, I will always carry an extra battery for any camera that shoots under 400-500 on one charge. To me the poor battery life negates the size of the Canon PowerShot G9 X Mark II because I know I will need to add the weight of an extra battery.

Thanks to B Adventures for providing us the Canon PowerShot G9 X Mark II video performance test above.

While this camera can’t shoot 4K video, which is a disappointment since new compact cameras can, it does shoot full HD 1080p video at up to 60fps that is pretty excellent.

The “dynamic” image stabilization, which is marketed for use during video capture on this camera, is pretty great as well.

You can choose to either take video on this camera manually or as point-and-shoot, which is a good feature for absolute beginners.

If you’re going to be doing a lot of zooming while taking video, then you should know that the lens is relatively quiet so as to not be picked up in your audio. This is ultra important since this camera doesn’t have either a microphone or headphone jack.

While shooting video, the autofocus on this camera is relatively smooth. 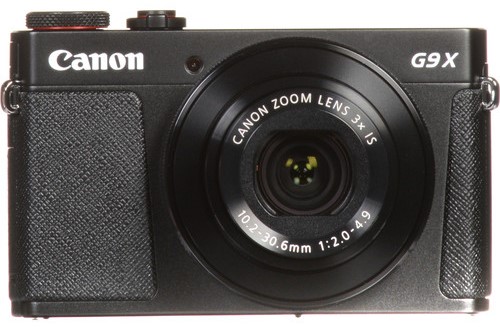 One of the most appealing things about this camera is its price.

The Canon PowerShot G9 X Mark II price was originally $530 when it first came out in 2017. Thankfully, it has since dropped quite a lot and you can now find versions of it available for hundreds less than this.

For example, I found a Canon PowerShot G9 X Mark II on MPB for just $315. If this isn’t enough of a steal, this used version is also in excellent condition, which means the sensor is in like-new condition and the camera body only shows the lightest signs of use.

In fact, this specific Canon PowerShot G9 X Mark II also comes in its original packaging, which means you can resell it for a higher price later down the line after you’ve grown out of it.

I’ve talked a lot about why I shop on MPB, and you can learn all about it in the MPB review below, but I really appreciate the fact that all of their cameras are graded by professional photographers, which means that I know exactly the shape the camera is in even when I can’t try it on for size over the internet.

It’s safer than Ebay (who hasn’t been scammed there before?) and safer than Craigslist. You can also trade in your old camera gear on MPB in order to purchase new gear. MPB works in the US, as well as in EU countries like Germany and France. There’s no better place to go for a great bargain.

If this Canon PowerShot G9 X Mark II review helped you out, please let us know.