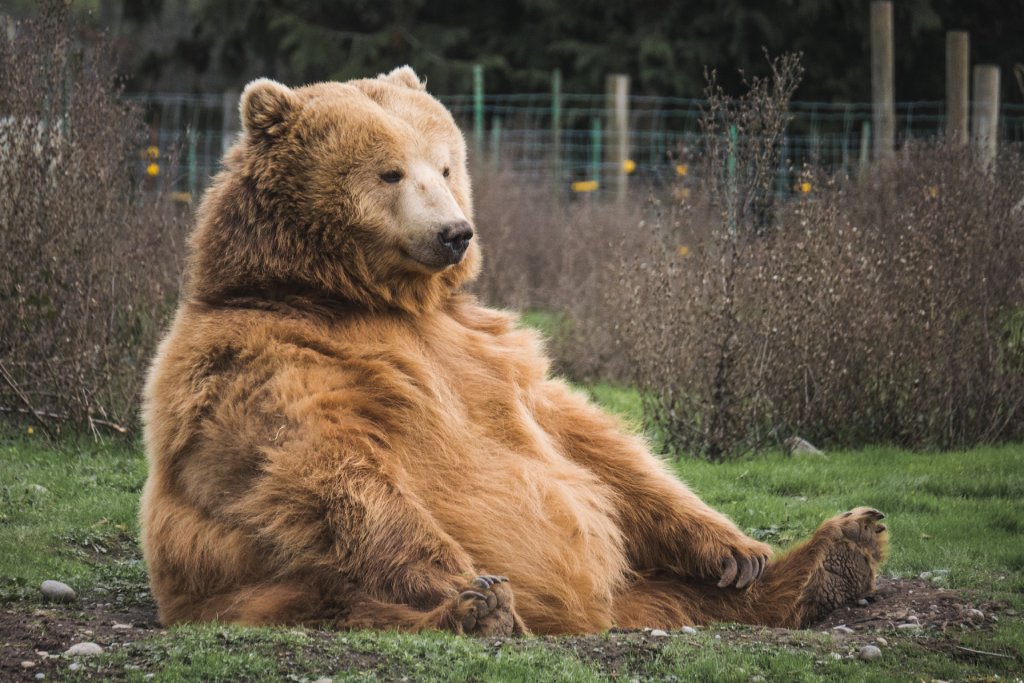 Photo by Mark Basarab on Unsplash

You almost need to see all the pics of this bad boy before you believe how fat she is.

Have you ever seen a bear this thick?

Drew Hamilton, a wildlife photographer was out for his routine shoot along the Katmai National Park's Brooks River in Alaska, when he spotted the above bear. Her name is Holly, aka Bear 435, and she is gigantic.

"You almost get the sense watching her that she's getting fatter before your eyes," said Hamilton.

Holly is such a mammoth, she even got nominated as one of Explore.org's fat bears for their Fat Bear Week competition.

Introducing the one, the only, the gloriously fat Holly - for your #FatBearWeek consideration. pic.twitter.com/h73njEYDp8

And, in case you don't know what Fat Bear Week is, it's a competition held in the beginning of October every year where fat bear enthusiasts get the glorious opportunity to vote for the cutest, chubbiest bear of the season.

It's such a big deal that the U.S. Department of the Interior is getting in on the action.

And, beautiful Holly needs your votes now more than ever because she is going up against bear 909 tomorrow, Saturday, October 5th to see if she will move on to the semifinals.

To vote, head on over to the Katmai National Park Preserve's Facebook page, and while you're at it maybe you can honor Holly's photographer, Drew Hamilton, by learning about one of his favorite subjects, the preservation of these beautiful mammals.

In the Nikon Z50 vs Canon EOS RP debate, which one comes out on top? These cameras have many similarities, but their differences could lead you one way or the other.

If you sell clients prints, you should strongly consider offering high-quality canvas prints. But what makes a canvas good quality? Find out in this guide!

The Canon EOS R5 price might have been leaked by a camera website in Australia. If the price is accurate, you'll need a big pile of cash to get an R5.