Getting the Most From Your 360-Degree Camera 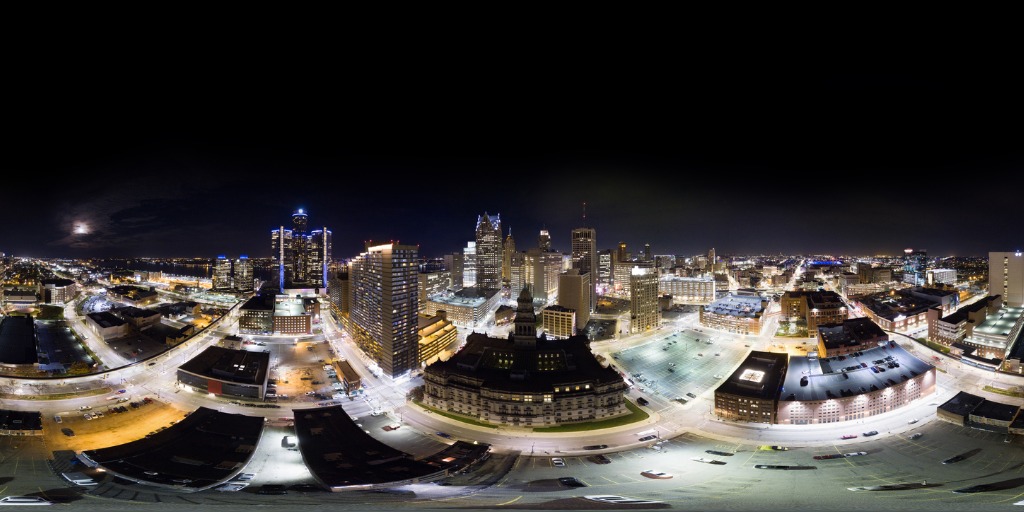 photo by Morgan Somers via iStock

You’re the proud owner of a new GoPro MAX. Congratulations! The GoPro MAX is a fantastic action cam with 360-degree camera capability in video and still imaging modes. With all that this camera can do, you want to be sure that you know how to get the most out of it.

We’ve put together some tips for GoPro MAX and some ideas of situations, techniques, and even some accessories that can assist you to do just that.

Get Used to 360-Degree Shooting 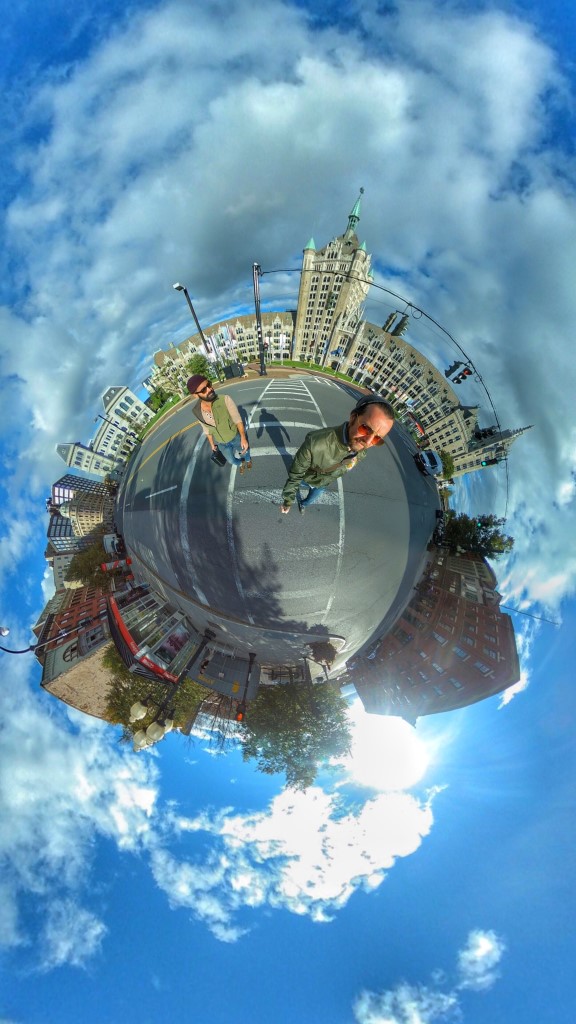 Photo by Don Stone on Unsplash

One of the hardest things for us to think about when we start using a 360-degree camera is just how much shows in the camera’s point of view (POV). You, your boat, your motorcycle, your trained monkey, your drone, whatever you have yo attached to will be in the action camera’s POV, showing up in the viewed video. 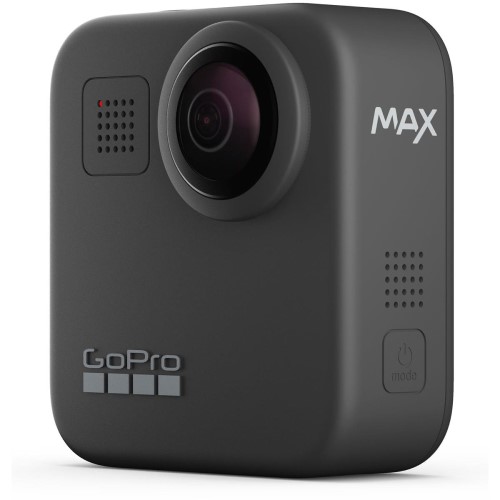 Regular action cameras tend to have very wide angle lens options, but you can get behind even a 180-degree fish-eye lens. Not so with 360-degree cameras. You, or the item you mounted it on are going to be seen. So make sure to take that into account as you set up for filming.

Viewers of 360-degree camera video and still images are used to this already. It’s us photographers and videographers that need this advice. It’s not really a technique, more like a mindset.

Get a Good Handheld Mount 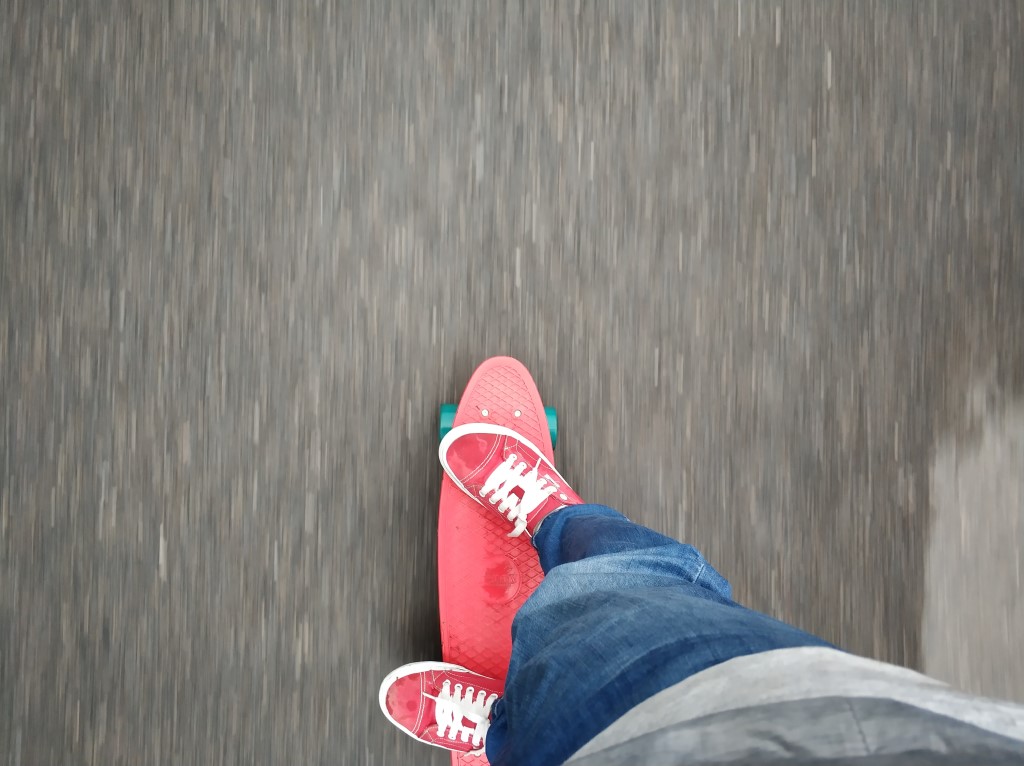 Photo by li xianan on Unsplash

One way or the other, you will most likely be mounting your GoPro MAX to something. The two basic options are hands-free and handheld.

If you are going to try to hold the camera with your hands alone, you quickly find out that it’s not really a practical alternative for action cams or a 360-degree camera. The cameras are small and your hands will take up way too much of the view when in 360-degree camera mode. 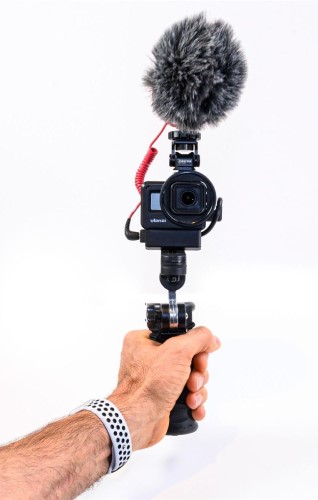 One of the better grips I’ve found for the GoPro MAX is the HandlePod 3-Axis Action Camera Mount from Adorama. It is a multi-use tool that can operate as a tabletop base, be lashed to a pole, post, or arm, or be gripped like a pistol grip.

It really comes in handy as a handheld grip for these small cameras. It’s lightweight but sturdy, and it is a comfortable way to hold the GoPro MAX plus an accessory or two like a light or a microphone.

Hit the Action Hard With a Hands-Free Mount 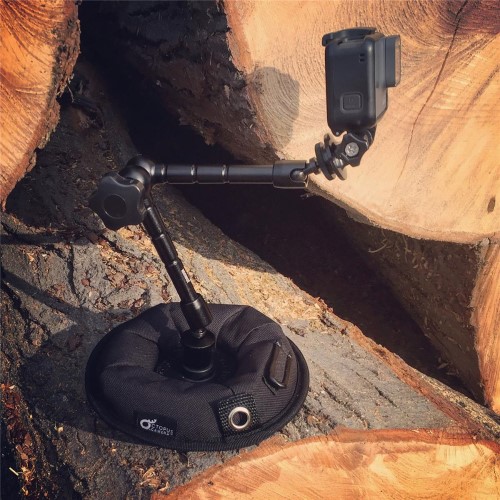 If you are really hitting the action hard, then holding the GoPro MAX in your hands, even with a great grip like the HandlePod, simply isn’t a desirable option. You will want to use a hands-free mount of some sort.

There are a lot of methods that can be employed for mounting. Suction cups are a valid method to attach to a windshield of a vehicle, strap mounts can allow you to put the camera on your head, arm, or leg for interesting views.

A traditional tripod can be used, but that is actually a bit of an overkill for most action cams. Another usable style of mount is a weighted stabilizer mount such as the OctoPod camera mount. 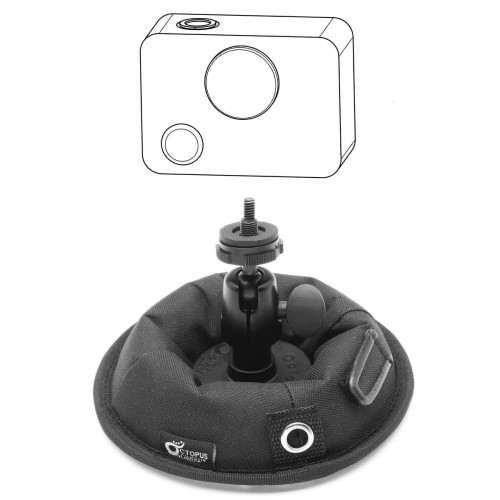 The OctoPod is a small camera mount that features a non-slip bottom coupled with a weighted, flexible pad that can stabilize on virtually any type of surface including angled surfaces up to 45 degrees.  It can hold your GoPro Max stable in all but the most extreme of uses. 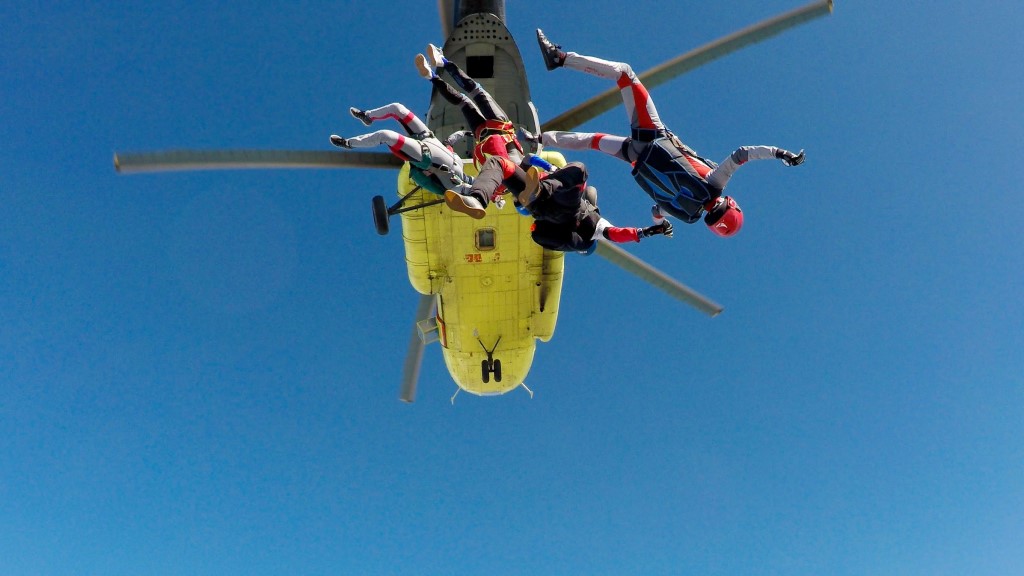 Photo by Kamil Pietrzak on Unsplash

Making use of a stabilizer mount such as the OctoPod really helps open up your shooting style for action, both in HERO mode and in 360-degree camera mode.

You’re still probably going to show up in the final image or video, but you won’t be as noticeable. Handheld and hands-free are both great for action cams. 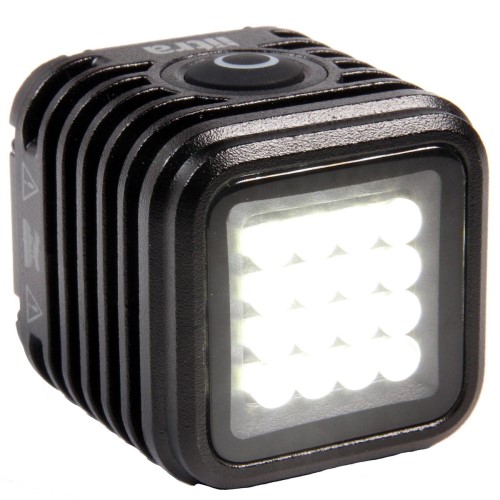 One of the best tips for GoPro MAX users is not to neglect the HERO mode. HERO mode is a great way to get the most out of your GoPro MAX 360-degree camera. In HERO mode, adding a light source can sometimes turn a difficult exposure situation into an amazing video or photo shoot.

Of course, with the compactness of action cams being one of their best features, any light you do add will need to be small as well. The Litra Torch 2.0 becomes an excellent choice for many GoPro MAX users.

A battery powered LED continuous light, the Litra Torch 2.0 matches well with the GoPro MAX. Small enough that you can add it to the HandlePod for a lightweight all in one videography rig, it adds very little weight to the package. 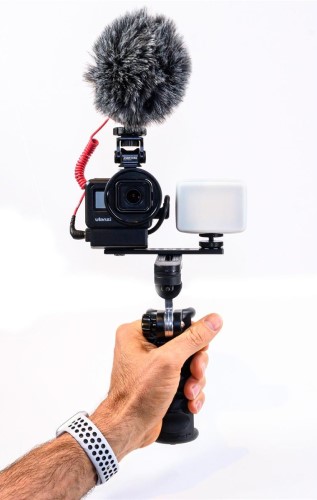 A high CRI (color rendition index) means you will get natural looking colors of your subject and surroundings. Since the light is small, it can’t be too powerful, but you will be surprised at how bright it is.

If you want to shoot with a light in 360-degree camera mode, you will either have to deal with only about half of your view being lit up, or use multiple lights. Since the Litra Torch 2.0 is very small and quite budget friendly, having two lights on at once becomes a viable alternative. Try it out for yourself. 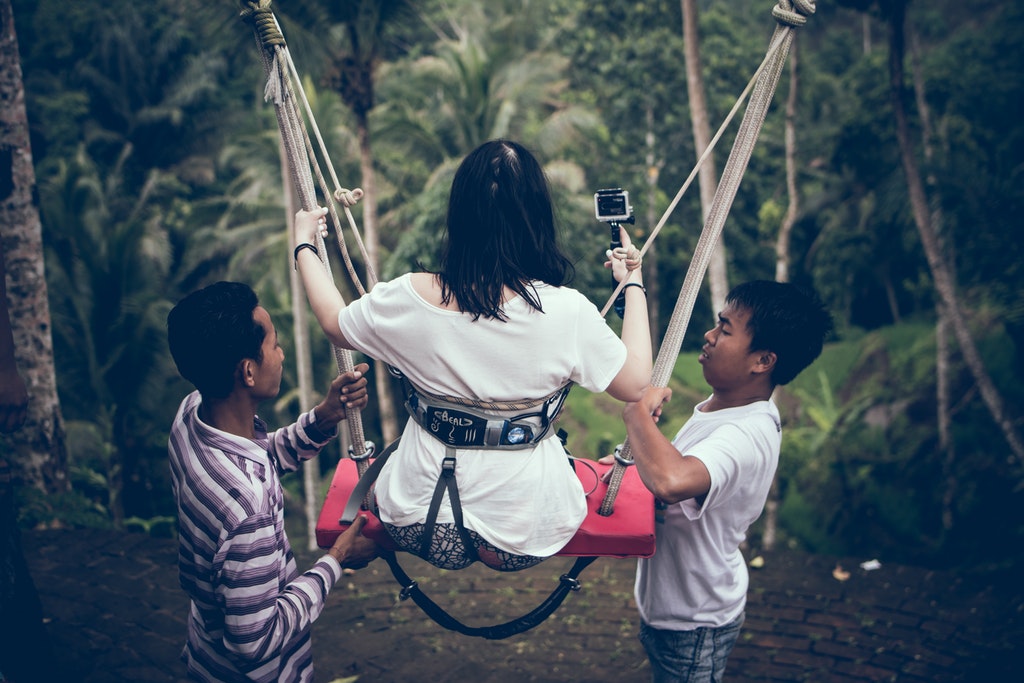 Photo by Artem Beliaikin from Pexels

Whenever you start using a new camera, a learning session before going out into the field is a good idea. There are some excellent videos on YouTube that can be used as a GoPro MAX tutorial.

Here is one short tutorial from The 360 Guy that you might find interesting:

Avoid shooting with the idea that you will “fix it in post.” I like to recommend avoiding that train of thought in general in all of my photography and videography.

Post processing and editing should be used to enhance footage and images, not save them. Unless that poor footage is all you have of a special event, only use your best raw footage for editing into a finished product.

The Rule Is: There are No Rules! 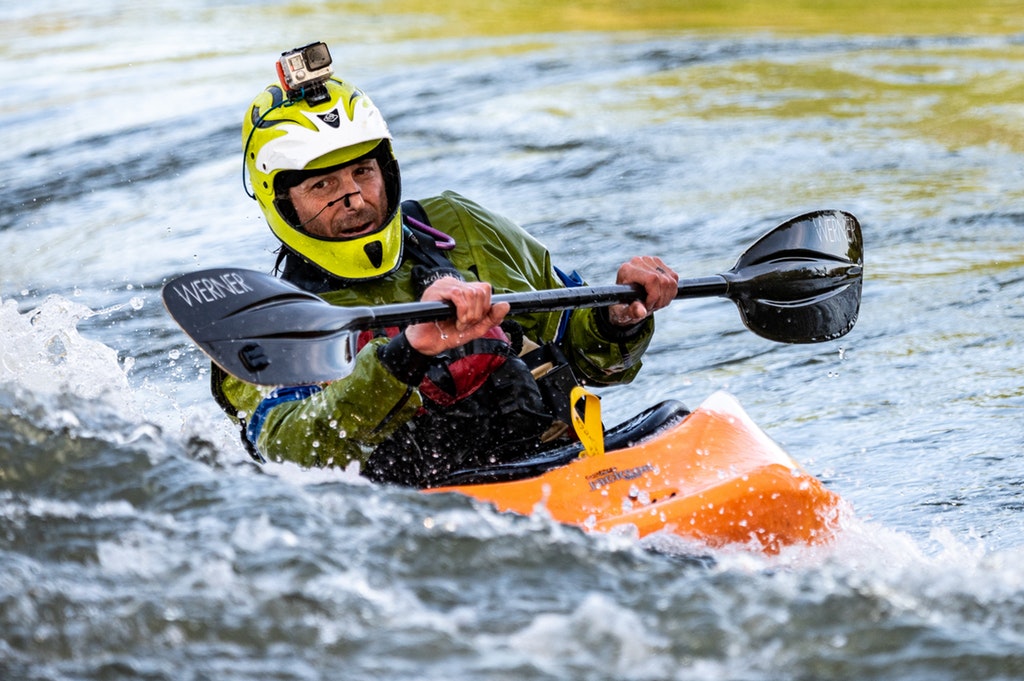 Photo by Brett Sayles from Pexels

Break free from any thoughts or habits that hold back creativity. Action cameras such as the GoPro MAX with 360-degree camera capability are meant to push the limits.

I’m sure you had some amazing things in mind when you first thought about getting an action cam. Now that you have yours, find a way to do those things! And share the results.