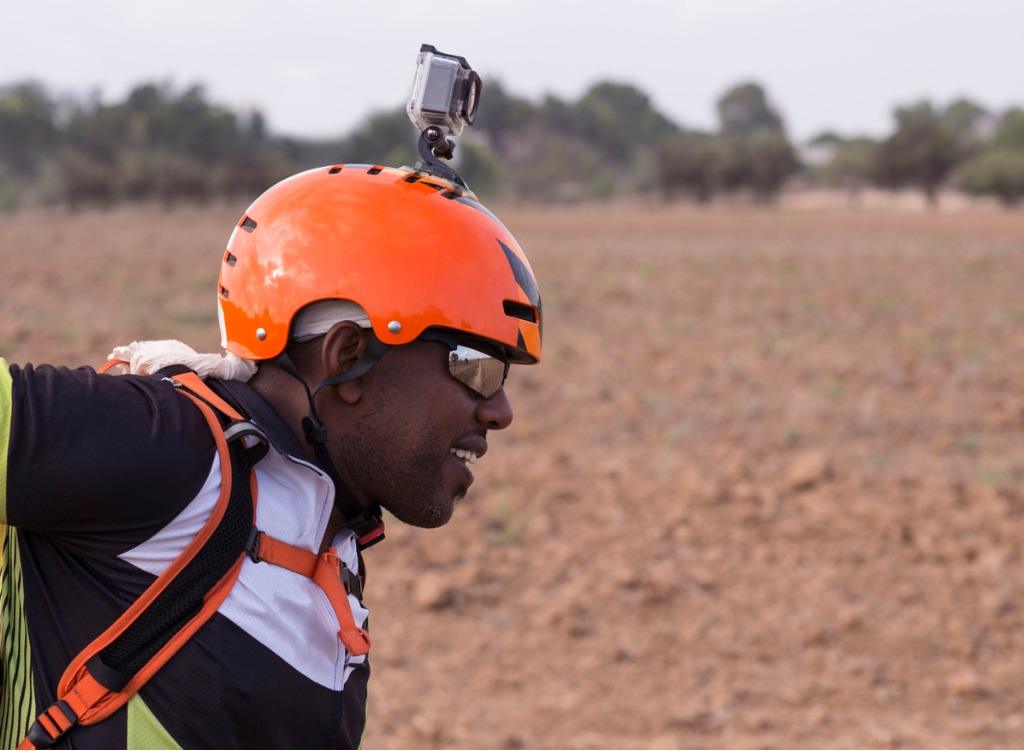 photo by RuslanDashinsky via iStock

The GoPro Hero 8 Black was a huge deal when it first came out, thanks to its stabilized 4K footage at up to 60fps (which hadn’t been done before) and obviously the GoPro name didn’t hurt anything.

It came out well over a year ago, but I still use my GoPro Hero 8 Black on a regular basis. Unfortunately, I haven’t been doing a lot of adventuring lately, but my son absolutely loves his bike rides and I think it’s so adorable to be able to shoot him in action (even if “in action” typically means falling and falling a lot).

As a lot of the world is slowly starting to open back up, and people are beginning to travel a little bit further than they have for most of the year, I suspect that people will start purchasing more action cameras again and this article is essentially an argument for the GoPro Hero 8 Black, which is a lot cheaper than any action cameras that have come out in 2020. 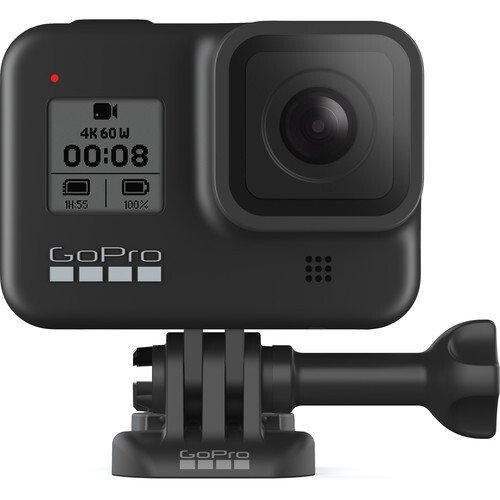 The GoPro Hero 8 Black features a 12MP sensor, but the spec everyone couldn’t stop talking about when it first came out was its HyperSmooth 2.0 video stabilization, which was far and above anything else available on the action camera market at the time.

Plus, this video stabilization just added to the fact that the camera also came with 4K video, which has been around for a few years but only recently made its way to action cameras.

Other than this, the GoPro Hero 8 Black is exactly what you would expect of a GoPro. If it looks like a GoPro, acts like a GoPro… it’s probably a GoPro.

Other GoPro Hero 8 Black Specs Include:

I already discussed one of the best features of the GoPro Hero 8 Black, HyperSmooth 2.0, above. But you really can’t know just how good this image stabilization system is until you’ve seen it in action.

Thanks to the official GoPro Youtube channel, you can watch it above.

The GoPro Hero 8 Black also comes with Face, Smile, and Blink detection, so you don’t need to be as hands on with the photography/videography process as you otherwise would be.

This means that, instead of sifting through hundreds of images, the GoPro app can automatically select the best photos of you and your friends from the images you’ve taken with the GoPro Hero 8 Black. 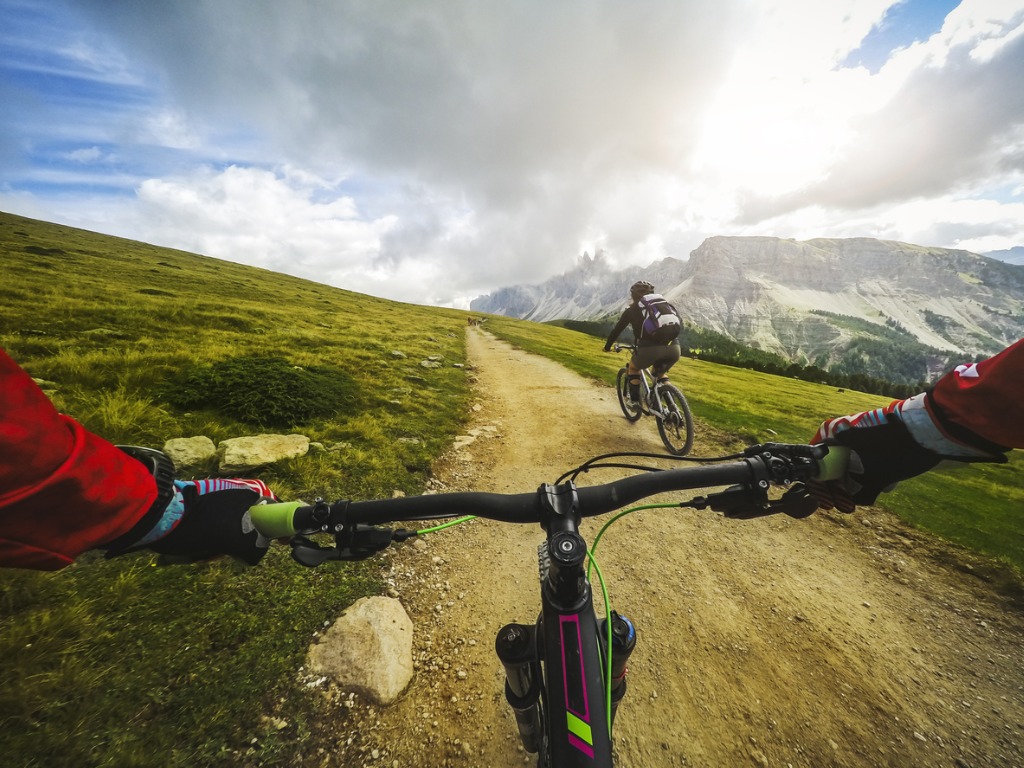 If you’ve ever owned a GoPro, then you likely also know about TimeWarp, which is another feature of the GoPro Hero 8 Black.

TimeWarp 2.0 allows you to get time lapse videos that are stabilized, so if you’ve ever seen video captured by a GoPro shot from a bike, for instance, you’ve seen TimeWarp in action.

Finally, the GoPro Hero 8 Black comes with 4 different “digital lenses:” narrow, linear, wide and SuperView, so you capture the exact shot you’re looking for every time. 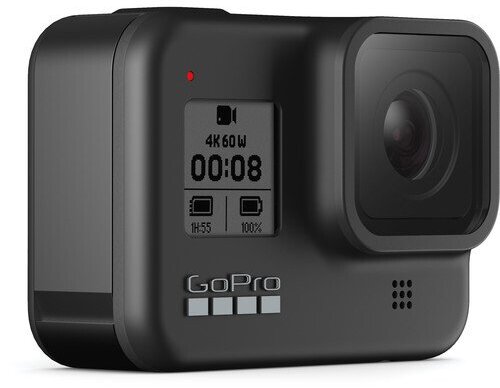 The GoPro Hero 8 Black build isn’t much different than the builds on any other GoPros. It is a waterproof body, made of metal and rubber, that measures 62.3mm x 44.9mm x28.4mm and weighs .27 lbs.

As is the case with most action cameras, the GoPro Hero 8 Black can feel a little crammed. For example, the memory card can be sort of difficult to get in and out of your camera, both due to its placement and the overall size of the camera.

One problem that was actually introduced into this GoPro edition was the fact that you can’t change the front element of the lens if something happens to it. You could with older editions of the GoPro and it seems like GoPro is simply trying to force photographers to purchase a new edition, rather than give them the opportunity to fix the old edition, under the guise of cost.

Since there’s really not much more I can say about the video on the GoPro Hero 8 Black, I’m going to let you watch its performance and judge it for itself.

Thanks to Pascal Basel for the GoPro Hero 8 Black video performance test above. 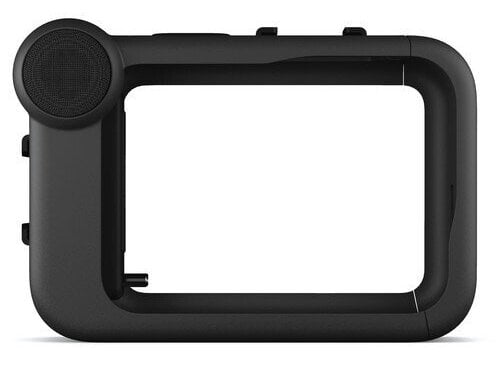 If you opt to purchase GoPro Hero 8 Black media mods, you can turn your GoPro into an even better version of itself overnight.

The basic Media Mod comes with a directional microphone, a 3.5mm mic port, an HDMI video output and two cold shoes so that you can grab better video than ever before.

You can also opt for a Display Mod, which costs the same amount, that comes with a front-facing color LCD. This mod is obviously aimed at vloggers. 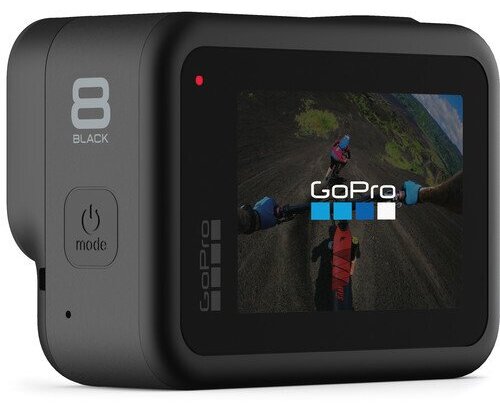 While you could spend upwards of $400 on a GoPro Hero 9, why would you when the GoPro Hero 8 is just as awesome.

MPB, for instance, has over a dozen used GoPro Hero 8 Black cameras in stock right now. Many of them are in “like new” condition, which means they will show up at your door in “near mint condition with almost no signs of use.”

The rest of them are in “excellent” or “good” condition, which means they will come with either “the lightest signs of use” or “some cosmetic signs of use,” but they’re all going to be completely operable for years to come.

The cheapest version in good shape is currently on sale for $240, while each “like new” camera is going for $290. Regardless of which option you choose, your GoPro will come with a charger, a battery and a front body cap. Some of them will even come in their original packaging, which is an excellent option if you think you could try and resell it again in the future. A camera in its original packaging always sells for a higher price.

If you’ve never purchased a used camera on MPB before, then you definitely need to check out the full MPB Review in the learn more links below. MPB is essentially a safer way for you to purchase used cameras and used camera equipment, since you aren’t purchasing them directly from a seller.

MPB hires professional photographers and videographers to check the condition of every piece they buy and sell, so you won’t have to deal with any surprises when your camera gear shows up at your front door.

MPB also has a generous return policy, just in case something goes wrong.