How to Fix Underexposed Photos 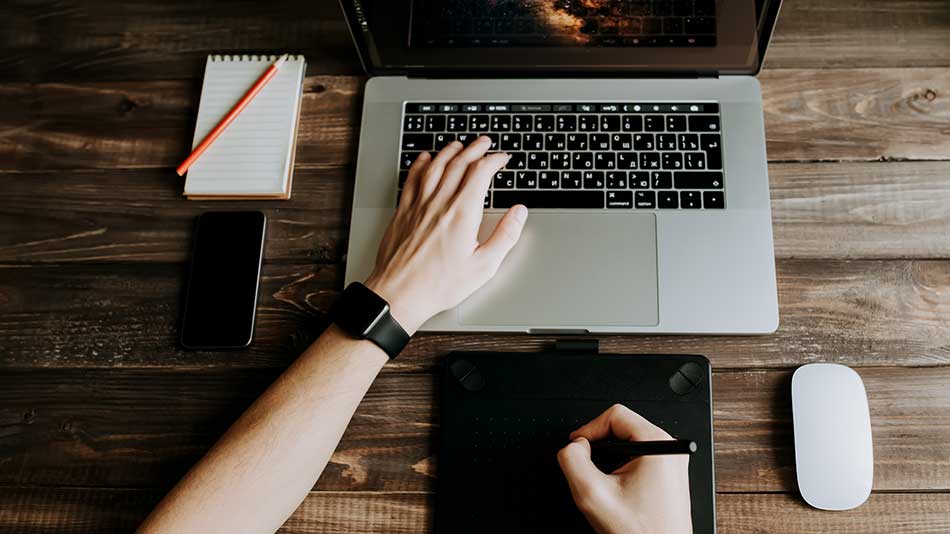 photo by kurmyshov via iStock

We’ve all been there…

The light might’ve been a little challenging or your camera settings might have been off (or maybe both!), and the result is an image that is just too dark.

While underexposing an image on purpose can help boost color saturation in a sunset photo or aid in creating a dramatic and moody shot, if the level of underexposure goes too far, you’ll notice a loss of detail in the image. Learn more about photoshoot poses for men on our website PhotographyTalk.com.

In particular, the shadowed areas of the shot will appear to be nothing but black blobs of space, so not exactly a good look!

First Things First: Why Underexposure is Not a Good Thing 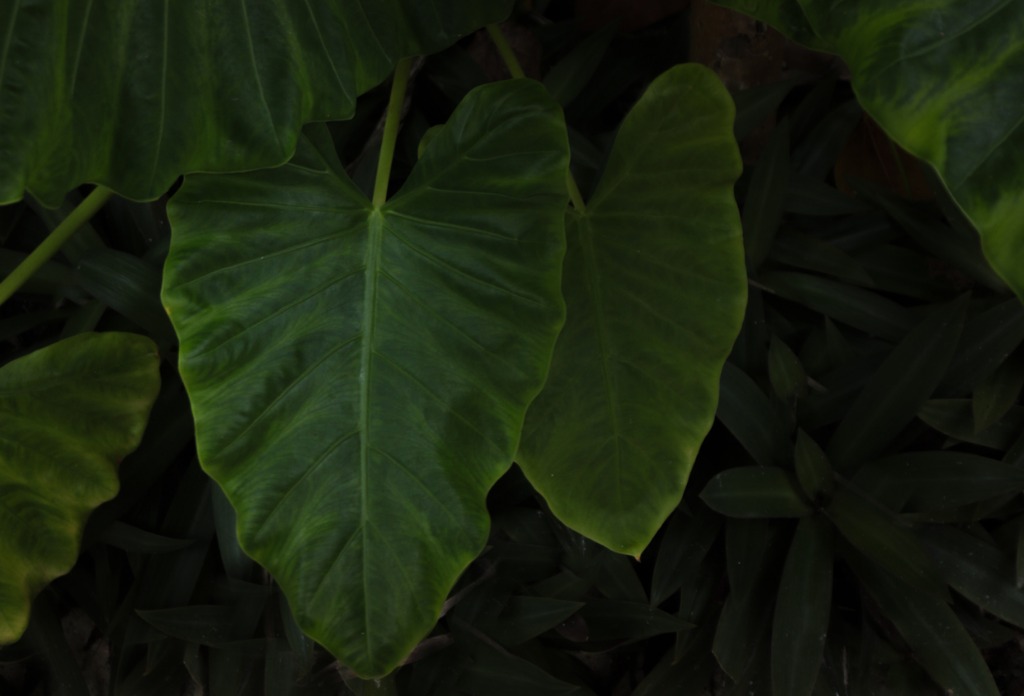 photo by MelanieMaya via iStock

As noted above, underexposed photos lose detail in shadowed areas. But why is this not a good thing?

Primarily, the issue with having a lack of detail in shadowed areas is that the image becomes a little flat and “muddy,” like the one shown above. Note how you can’t really distinguish any details in the background due to the darkness of the shot, and as a result, the image just looks flat.

In other words, there is a lack of depth because areas of an underexposed shot that should have a range of dark tones really have just one dark tone. So, instead of offering a variety of gray and black tones that give this photo dimension and help separate the leaf from the background, all you really see is one black blob. 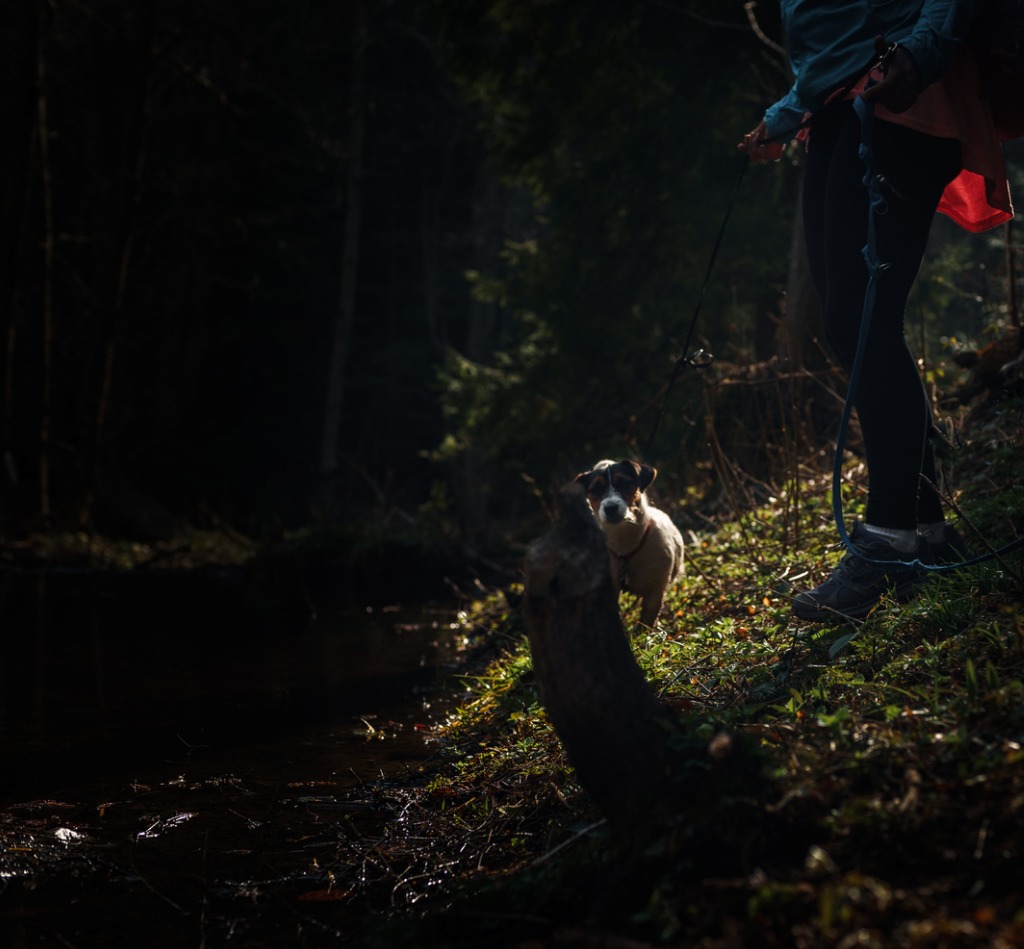 photo by ucho103 via iStock

Secondly, underexposure makes it more difficult for the viewer to distinguish the subject from its surroundings.

In the example above, you can tell that there’s a dog and a person in the photo, but where they begin and end is a little murky.

And yet, as bad as these examples are, there is hope to retrieve the details that have been lost to underexposure. This is particularly true if you shoot your photos in RAW (which you absolutely should be doing!)because RAW files retain virtually all the image data collected by your camera’s sensor. You can also check another post about men picture poses.

That means that when you open your photos in software like Exposure, there is a vast amount of information you can work with to make corrections and adjustments to the image.

How to Fix Underexposed Photos Fast

In the video above, Alien Skin Software walks us through a quick and simple process on how to edit underexposed photos. 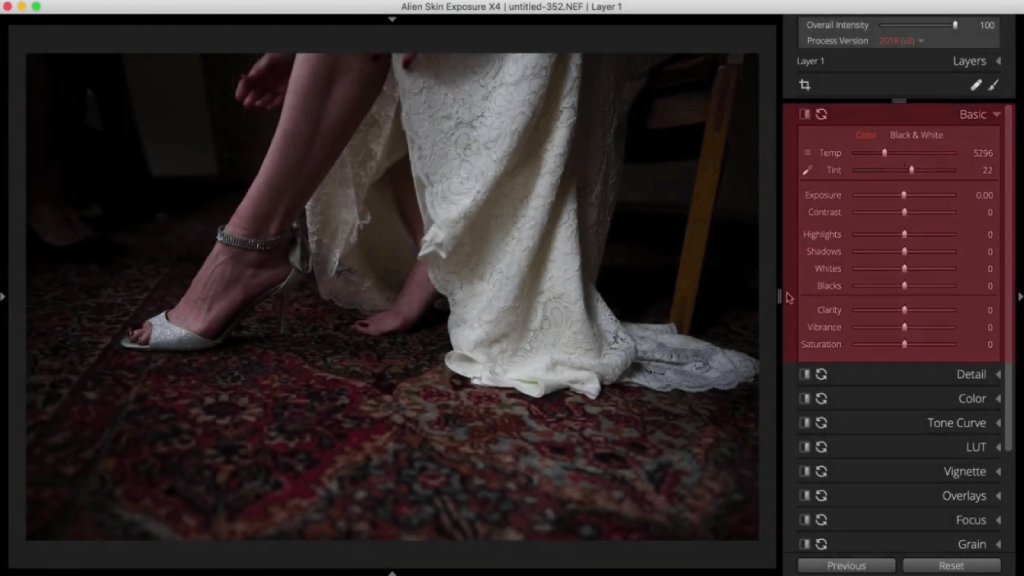 The process of working on an underexposed image starts in the Basic Panel (highlighted above), where you’ll find the Exposure Slider.

This slider adjusts the brightness of the entire photo, so it’s the first place you should start with editing underexposed photos. 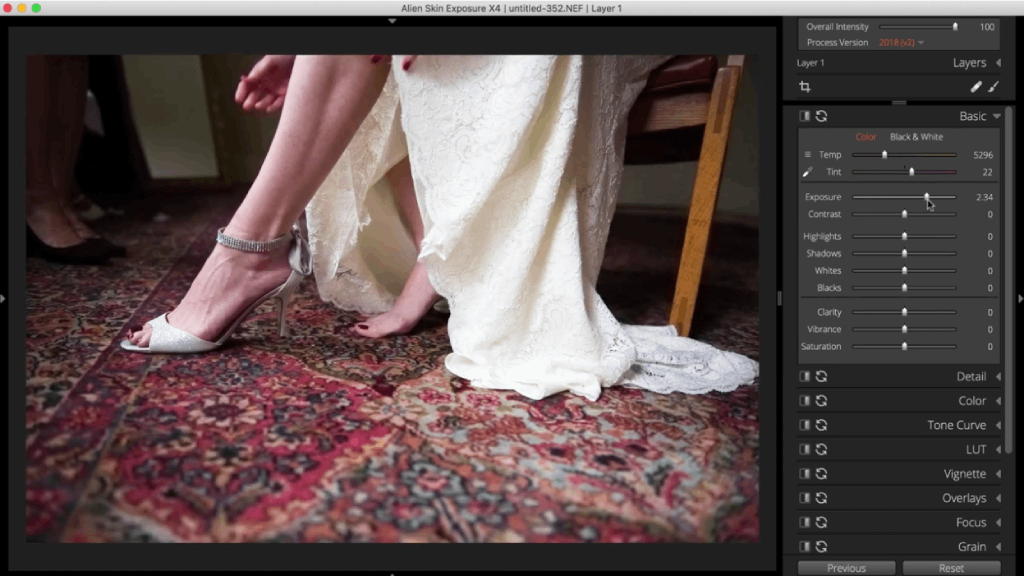 While it will bring out more detail in the shadowed areas of the photograph, it will also brighten the

highlights in the shot. When making adjustments to the Exposure Slider, just keep an eye on the highlighted areas to ensure you’re not losing detail. 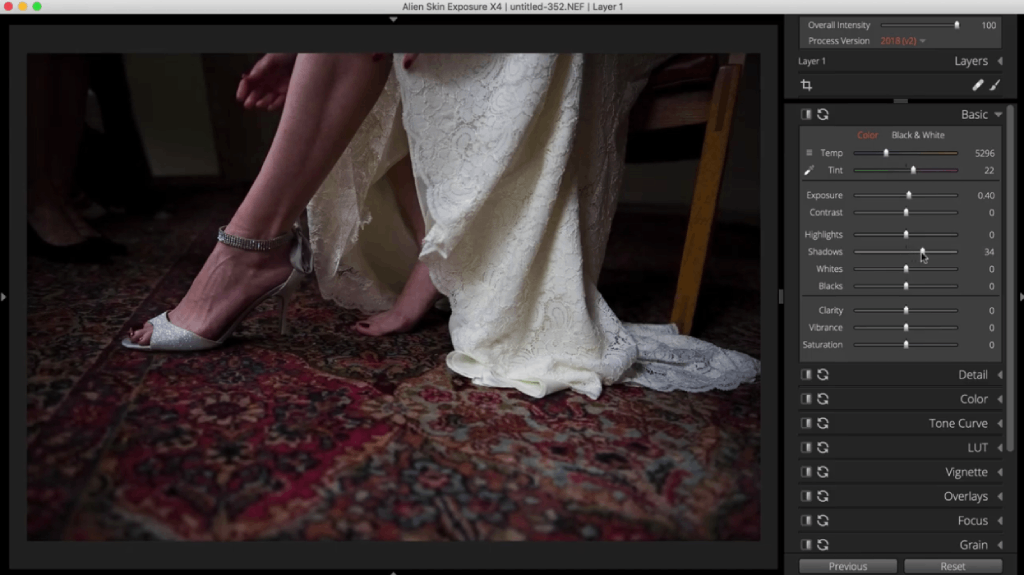 Editor’s Tip:If you don’t have Exposure and you want to give it a test drive, you can DOWNLOAD A FREE 30-DAY TRIAL HERE.

As with the Exposure Slider, a little can go a long way with the Shadows adjustment. You want to increase it slowly, ensuring that you’re paying close attention to how the details are being revealed as the slider moves to the right. 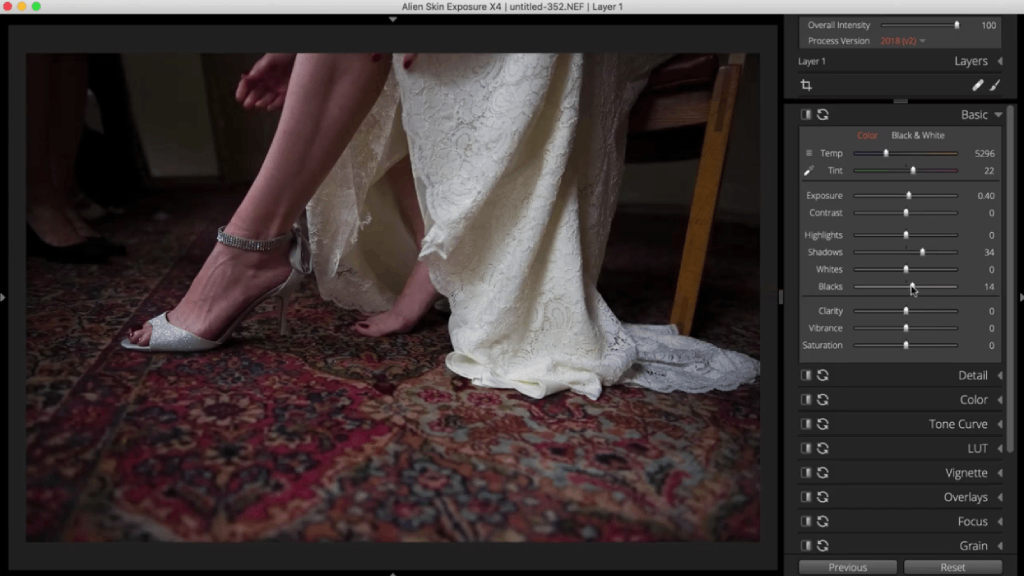 Lastly, the Blacks Slider can be used to retrieve detail in the darkest areas of the photo. Simply drag it to the right to lighten black tones, again, being careful not to bring it so far up that details are lost.

And with these three simple steps, you can fix dark photos, recover lost details, and create a much more compelling image. Nice!

Edit Underexposed Photos With the Help of a Histogram 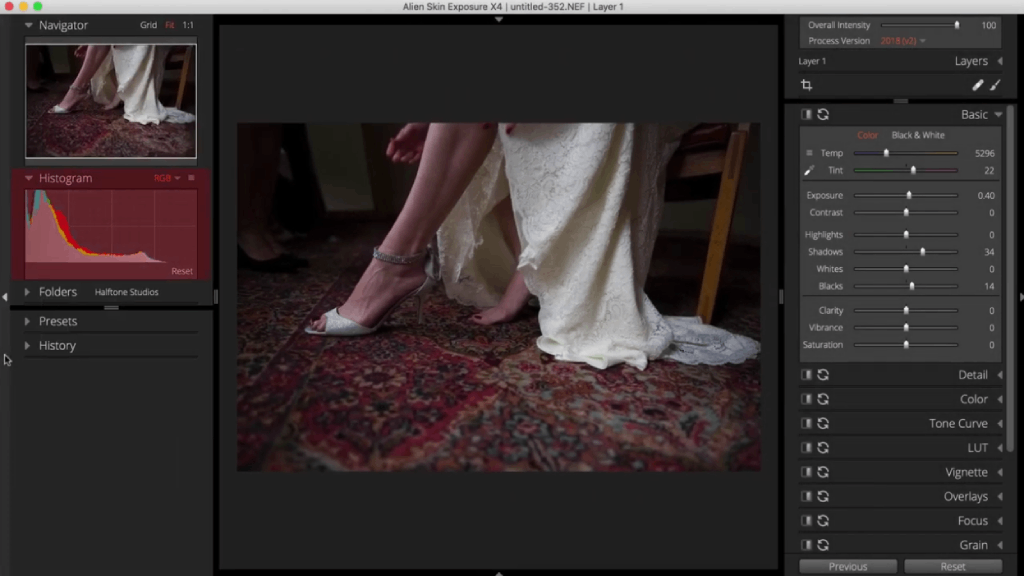 Post-processing software like Exposure gives you another tool that will help you dial in the exposure settings to get a well-exposed image. That tool is the histogram.

This histogram is a graphical representation of the tones in the image. Dark tones are represented on the left side of the graph, light tones on the right, and midtones in the center. 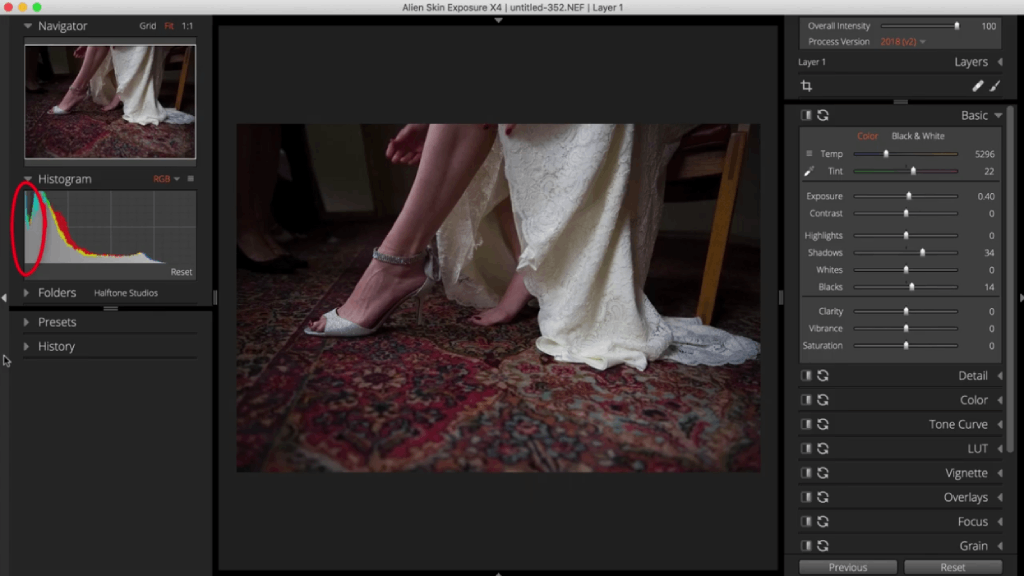 If the graph is skewed to the left, as shown above, this indicates that the image is too dark, and that the details in the darker areas of the photo have been clipped. 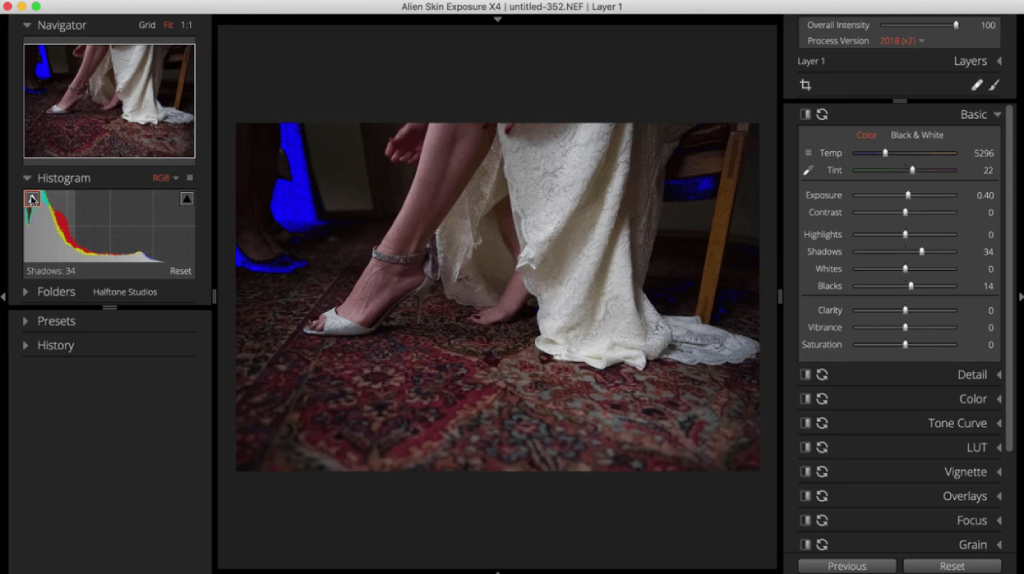 What makes this tool so easy to use to correct underexposure is twofold. First, you can enable a clipping warning (by clicking the left arrow on the histogram), which adds a blue warning overlay to indicate the tones that have been clipped. Second, the clipping warning is dynamic, meaning, as you make adjustments to the image, it will automatically update so you can track how you’re doing with regard to rescuing clipped details. 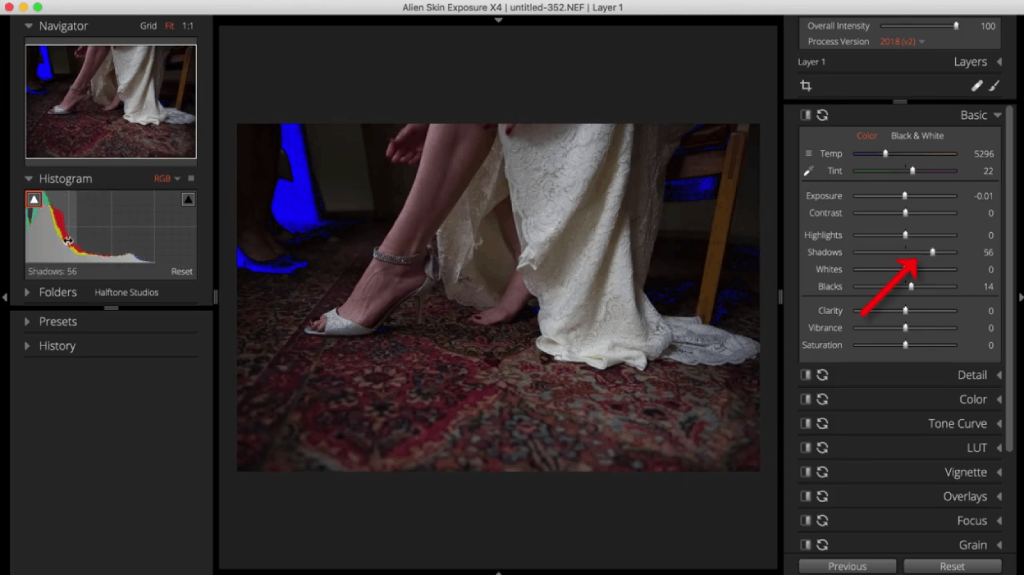 Furthermore, you can click and drag on specific tones on the histogram to change them. When you do so, you’ll see the corresponding changes to the positioning of the sliders in the Basic Panel. 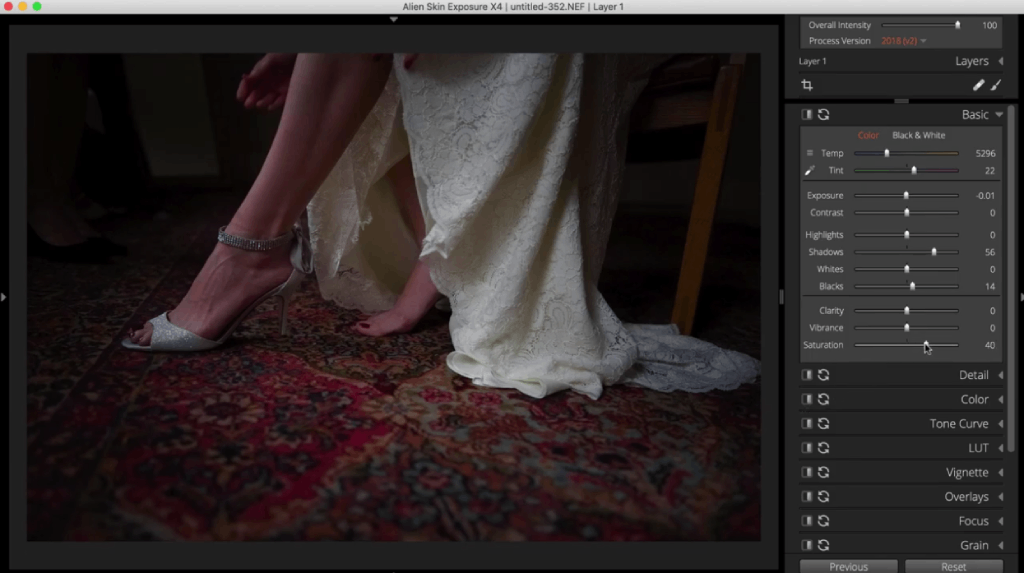 When utilizing these tools to improve the details in dark areas of the photo, you might notice that colors in these areas become a little washed out and less dynamic.

Once you have the exposure problems corrected in the image, take a look at the dark and midtone areas and inspect the colors. If they seem a bit dull, simply increase the saturation in the image to bring that color back.

As noted above, a little goes a long way, so be careful to make fine adjustments to the Saturation Slider to protect against oversaturating the colors in your photo. 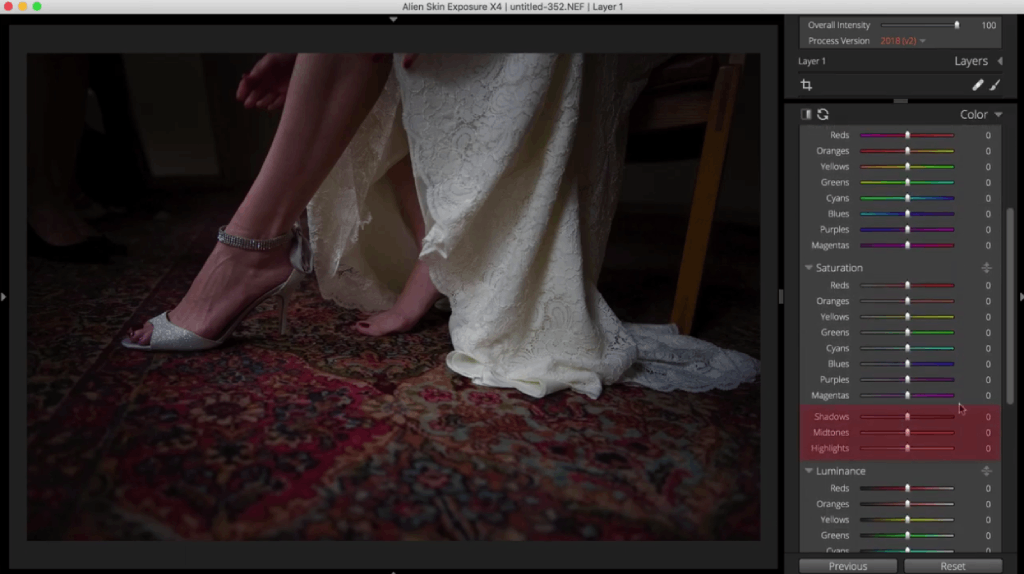 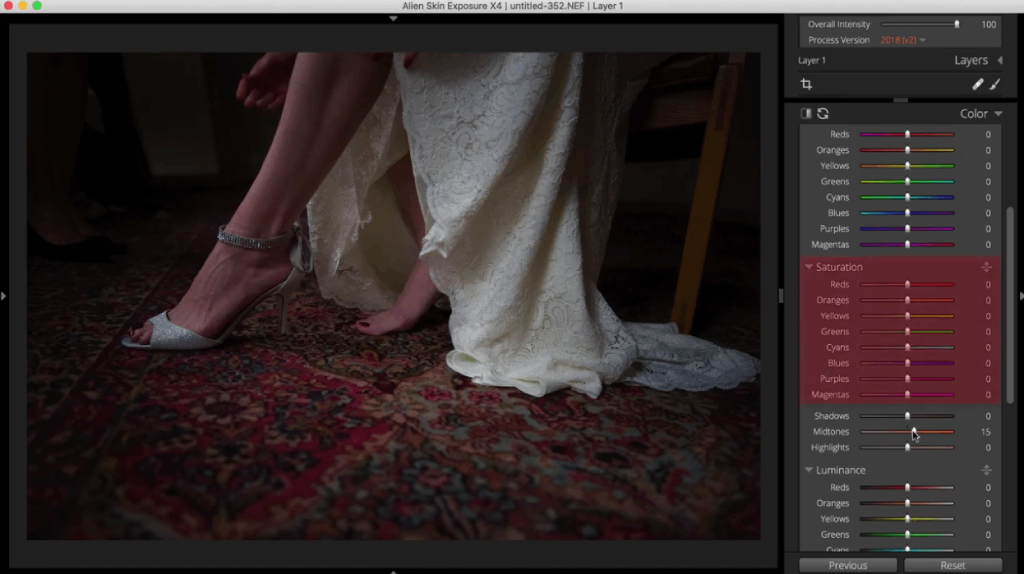 With that, you have a quick tutorial on how to fix underexposed photos.

Making these corrections is simple and easy, and takes just a few moments, but the results can be spectacular.

Learn more about Exposure, and to try it out free for 30 days, click here.