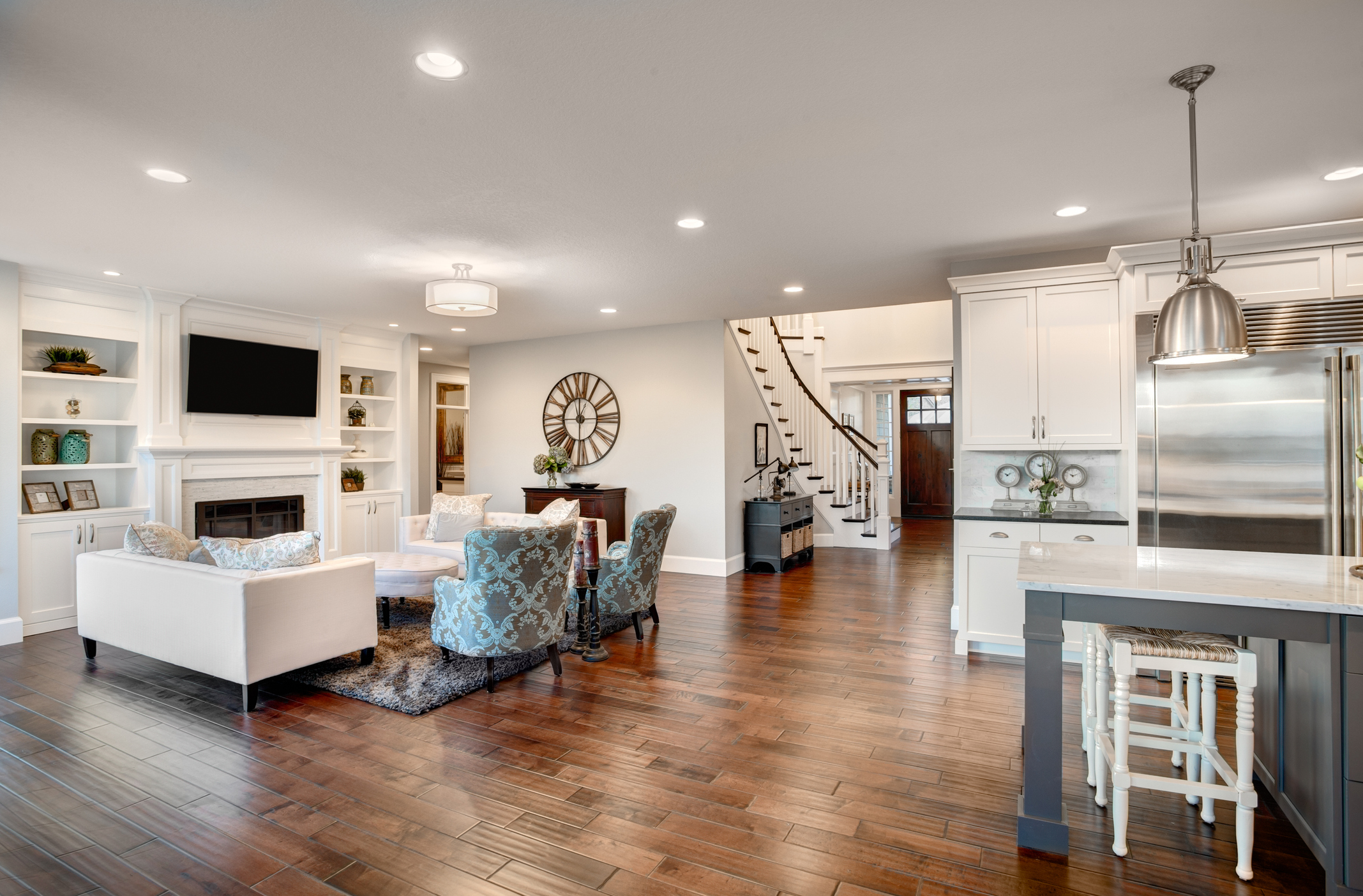 Though it’s said that kitchens and bathrooms sell homes, the living spaces - the living room, family room, great room, dining room, and so forth - can’t be overlooked.

These areas of the home see a lot of activity, and potential buyers need to be able to see themselves living in these spaces. Your photos should help them do that.

The question is, how do you maximize the appeal of living spaces in your real estate photography? 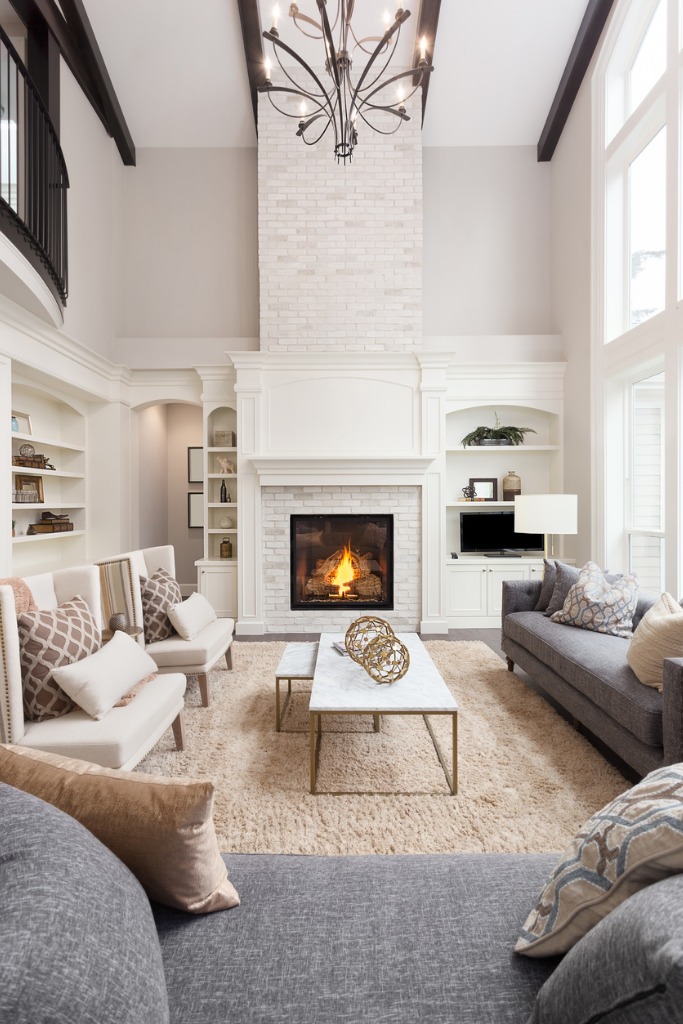 It’s certainly necessary to take photos that show off the size of the living space, but to reel potential buyers in, you also need to show them the view of the room from different angles and perspectives.

That is, if there’s a gorgeous fireplace in the room, make it the focal point of the shot so viewers get a feel for what it would be like to sit in the space, look at the fireplace, and feel its warmth.

If that means you need to sit down on the couch to take the shot, do it! Likewise, don’t be afraid to take photos that are vertically oriented like the one above so you can showcase features like fireplaces and high ceilings. 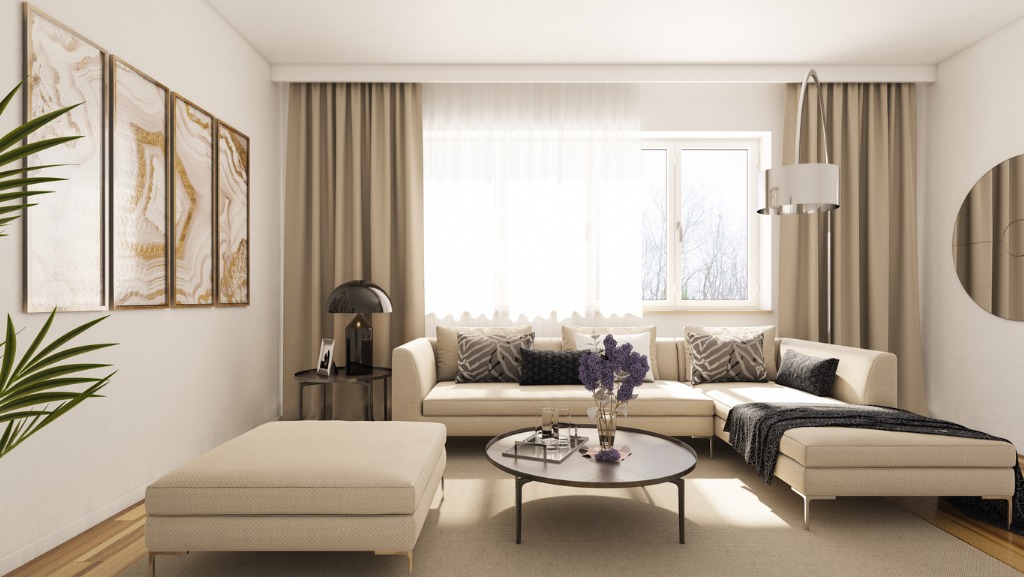 photo by Vlajs via iStock

But “showcasing the view” isn’t just about giving people perspective on what’s in the room; you also need to show them what’s out the windows.

The problem, of course, is that when photographing dark interior spaces during a sunny day, the view out the window is much, much brighter than it is in the living space, especially if the windows are relatively small.

The solution to this problem is to bracket your exposures, whereby you take a series of photos, each at a different exposure level. 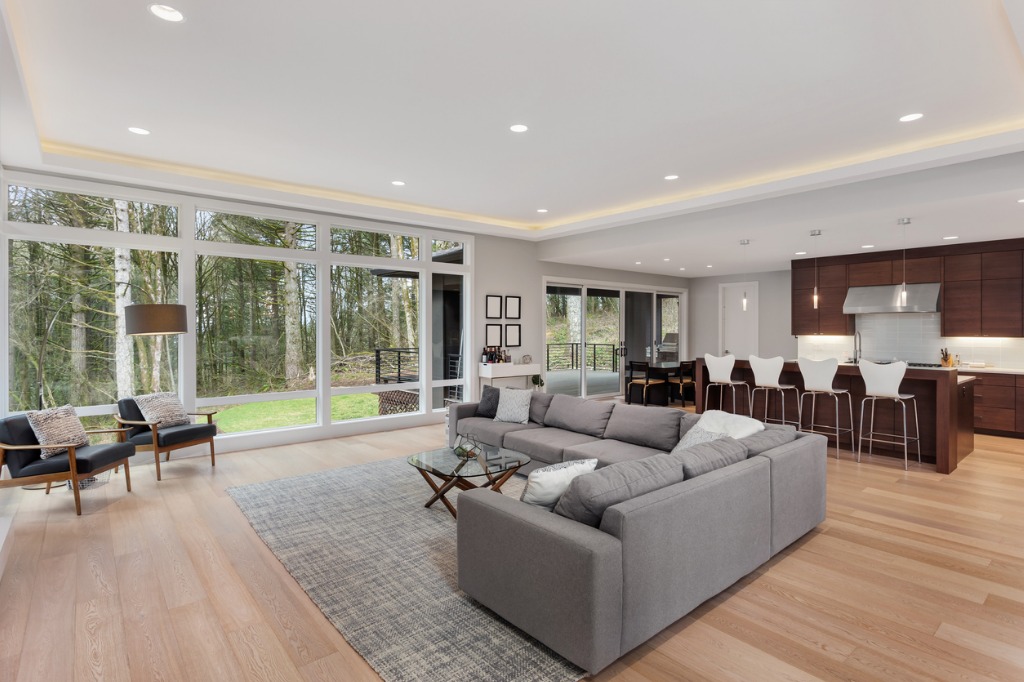 For example, if photographing the living space in the image above, you might take a series of five different exposures to account for the brightness of the windows and the darkness of the space closest to the camera.

Then, you can blend the bracketed exposures together in HDR software to create a single image that’s well-exposed throughout and shows off both the interior space and the view outside.

There’s other advantages to using this technique - because artificial lighting gear isn’t needed, you’ll save time and money. 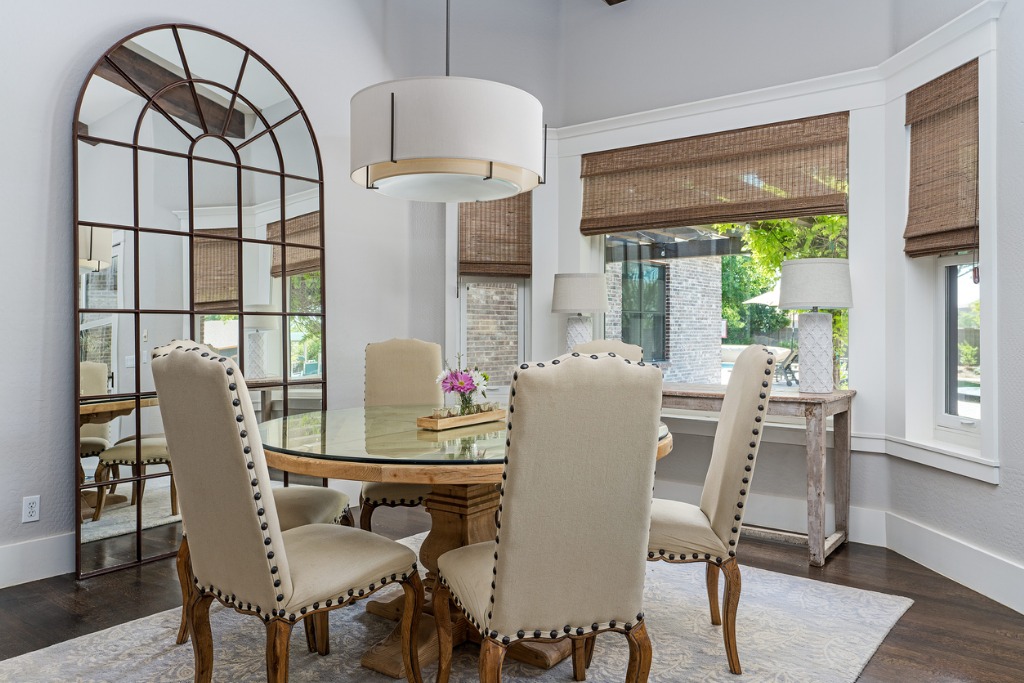 photo by contrastaddict via iStock

If you find that you simply cannot get the right shot of a living space, don’t be afraid to move things around to accommodate a better shot.

Granted, you’ll need to discuss your plan to rearrange things with the homeowner and/or the listing agent, but given the importance of real estate photography to getting homes sold, it shouldn’t be an issue. 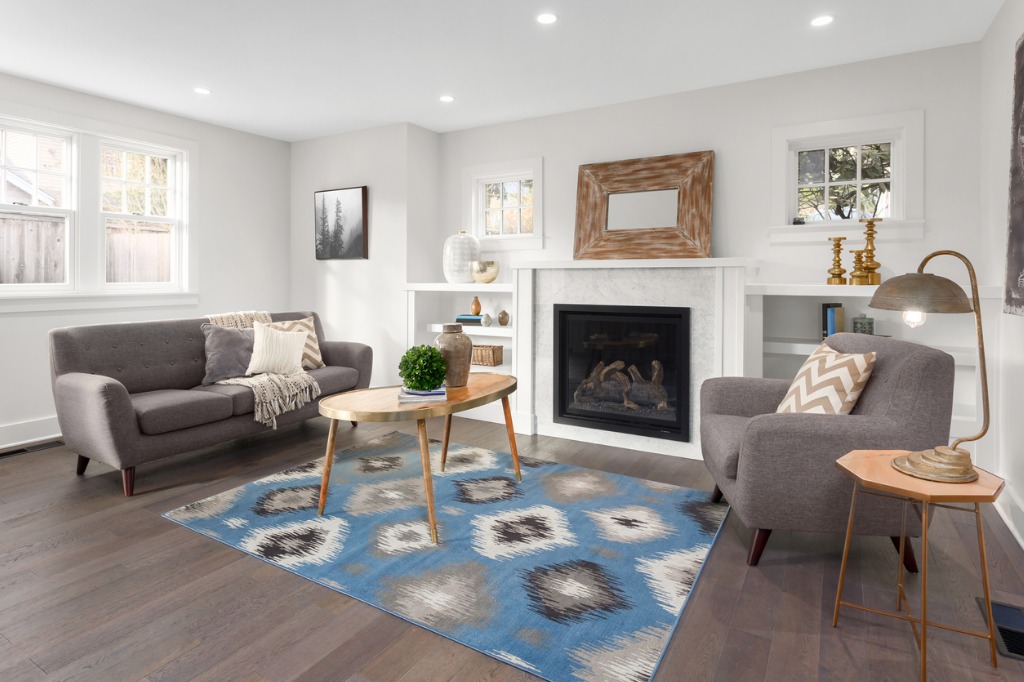 As another example, if the arrangement of the furniture in the room blocks an important feature, like the fireplace in the image above, move it out of the way.

Making even small moves like this can make all the difference in the world when it comes to the visual appeal of the photos you take.

Watch the Depth of Field When Photographing Large Interior Spaces 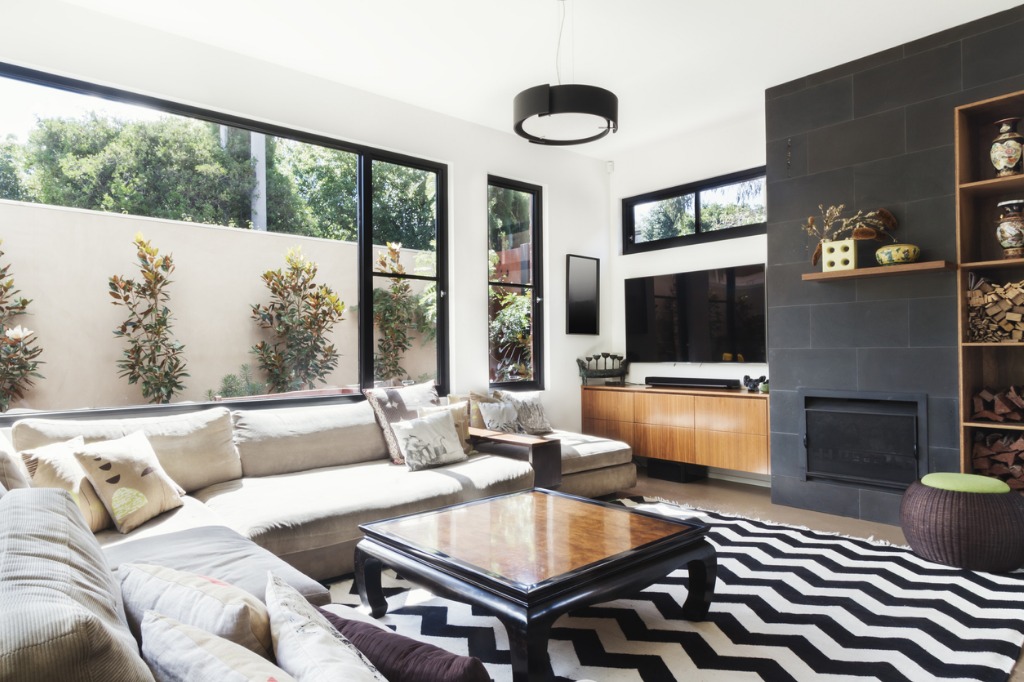 photo by jodiejohnson via iStock

When photographing a small space like a bathroom, you can probably get away with quite a large aperture (i.e., f/4) and still have the depth of field needed to keep everything sharp in the photo.

But when you’re photographing large spaces like a living room or family room, using a very large aperture might not get you the needed depth of field. 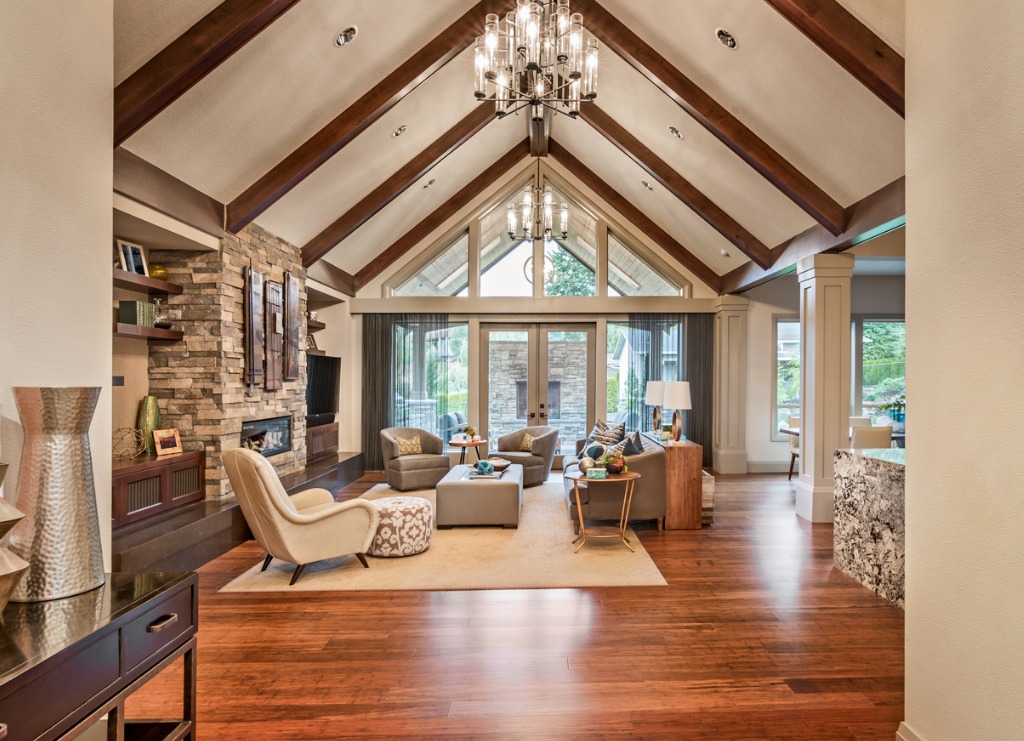 As a good rule of thumb, try to keep the aperture between f/8 and f/11, as this will help you get sufficient depth of field while also capitalizing on the lens’s sweet spot, or the aperture at which it’s sharpest.

Doing so will help you generate photos like the one above, in which everything from front to back is sharply in focus. 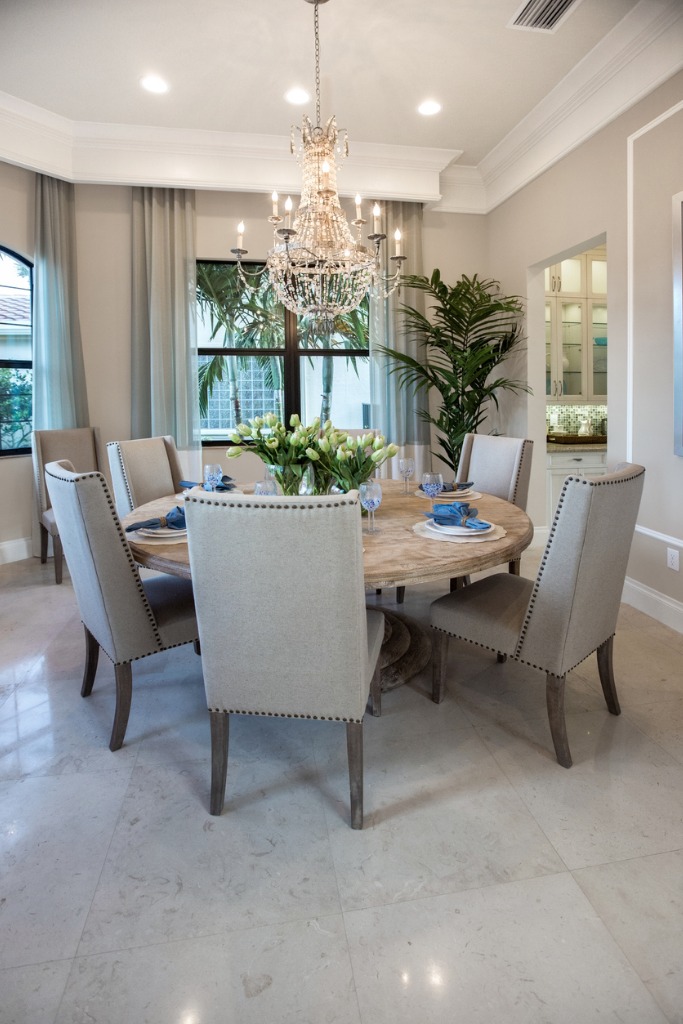 photo by JodiJacobson via iStock

It’s your job to accomplish that.

Using the techniques above, you can make living spaces look like something that a buyer would want to spend time in. 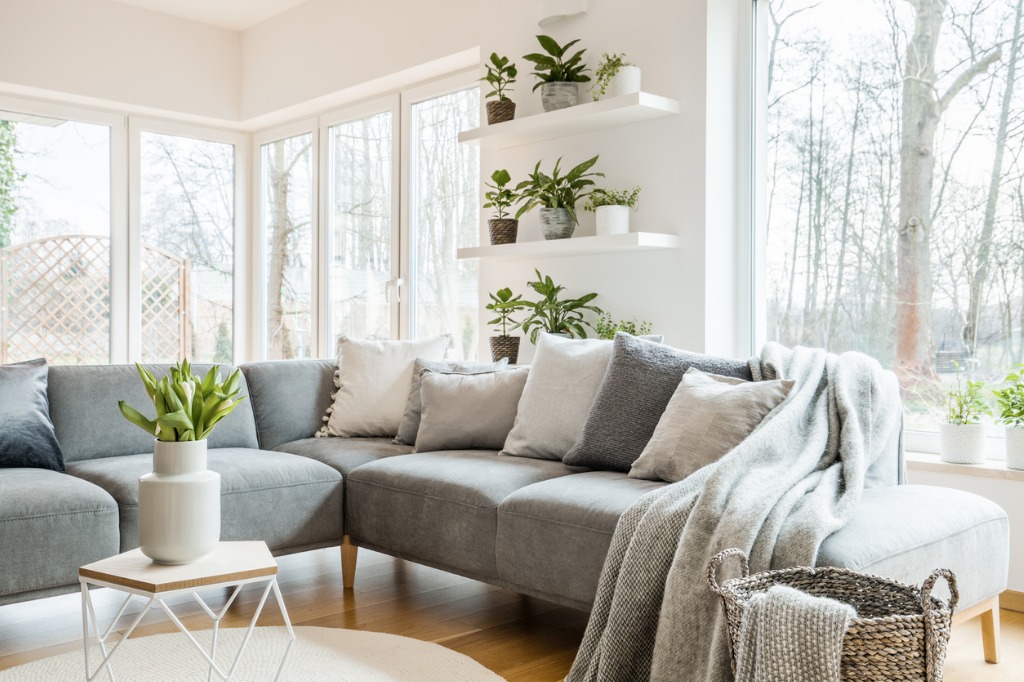 photo by KatarzynaBialasiewicz via iStock

Additionally, you can add styling with just a little staging - a throw across the couch - that gives the room an extra bit of hominess.

It’s often the small touches like those outlined above that elevate the quality of real estate photos to a point that potential buyers turn into actual buyers!