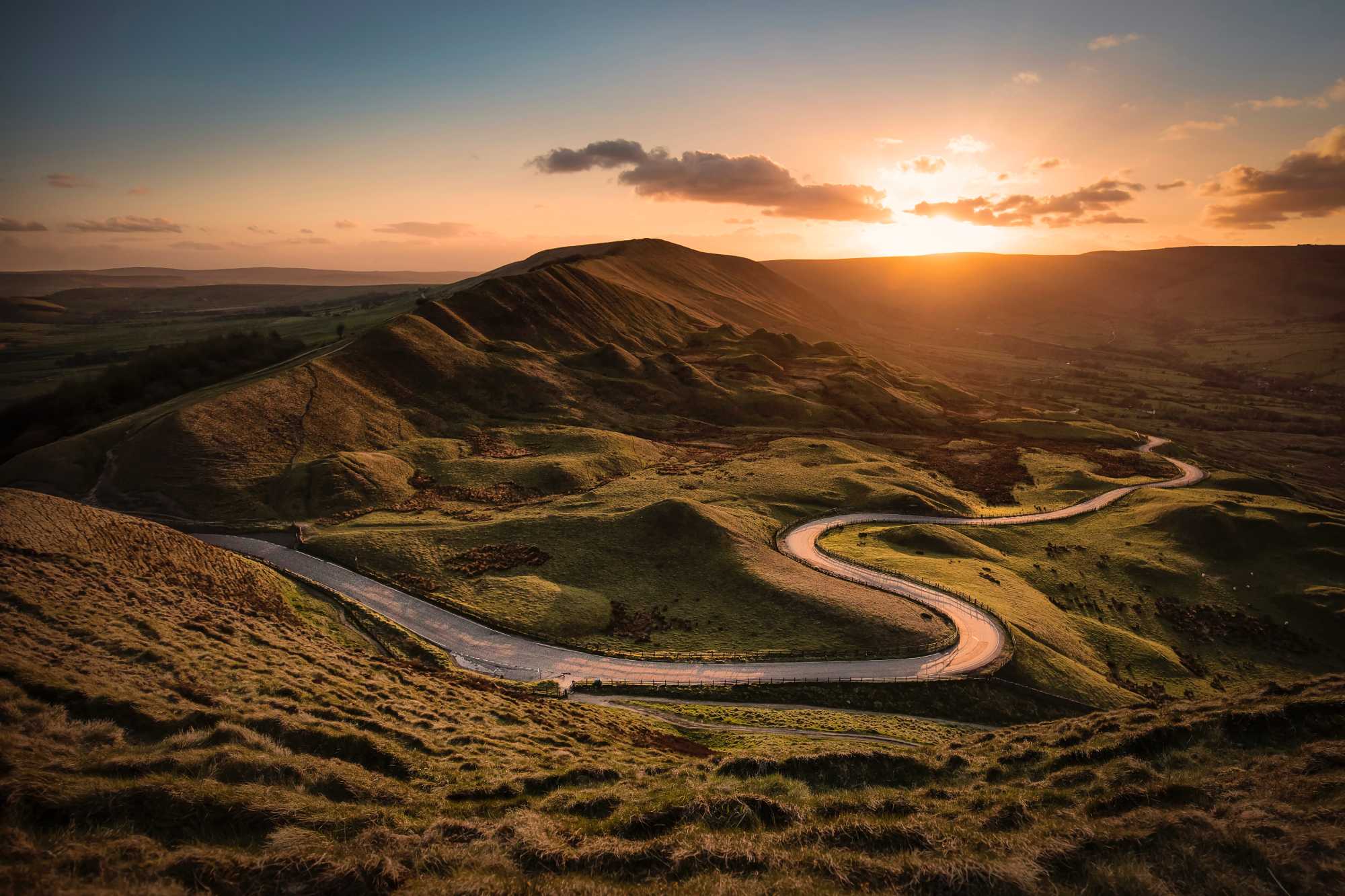 Photo by Rob Bates on Unsplash

It's much more than getting out of the car, pointing your camera at something pretty, and pressing the shutter button.

In fact, there's a million different ways that a landscape photo can go wrong.

If you find that your images are boring, uninspiring, or just otherwise not all that impressive, you might be making one of these crucial landscape photography mistakes.

One of the most common mistakes people make when taking a photo of a landscape is not having a strong focal point to grab the viewer's attention.

This usually happens because in real life, the scene is so striking as a whole that we assume the scene will be equally as striking in an image. That's not always the case.

The image above, for example, has many great qualities about it. I would even say that it's a good photo. It would be better with a strong focal point, though. 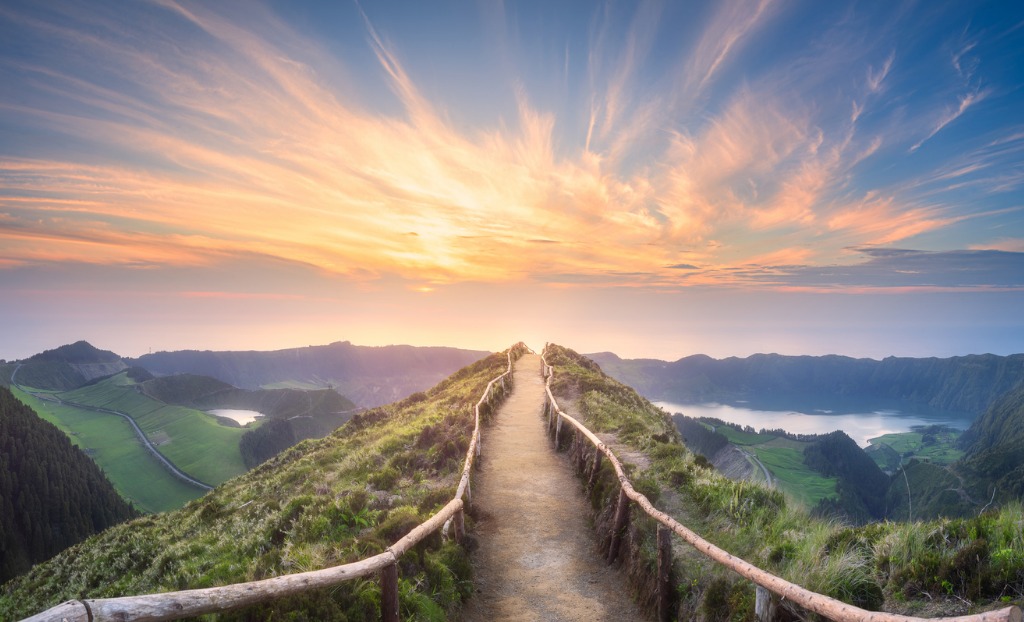 One solution to this issue is to use leading lines as a means of directing the viewer to a specific area of the photo.

In this example, the pathway leads us directly to the sunset, which helps define it as the focal point of the image.

What's more, the pathway acts as a means of restricting our view a little bit - rather than the scene seeming so wide and featureless, our eyes immediately have a place to go and the image makes more visual sense.

Something as simple as adding leading lines can make all the difference in the world when trying to establish a feature in your image as the focal point of the shot. 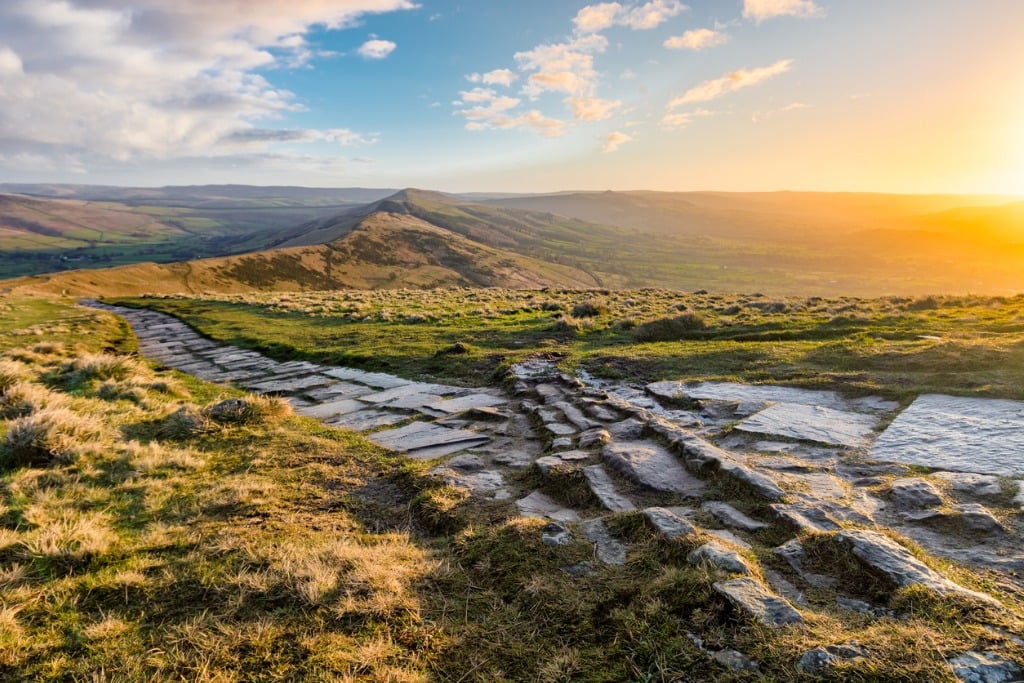 Another mistake that landscape photographers often commit is not having enough depth in their photos.

By that, I'm not talking about depth of field, rather, I'm talking about incorporating elements into the foreground that provide some clues as to the dimensionality of the scene in the shot.

This is difficult, given that a photograph is a two-dimensional representation of a three-dimensional space.

However, there's an easy trick to add depth to your landscape images... 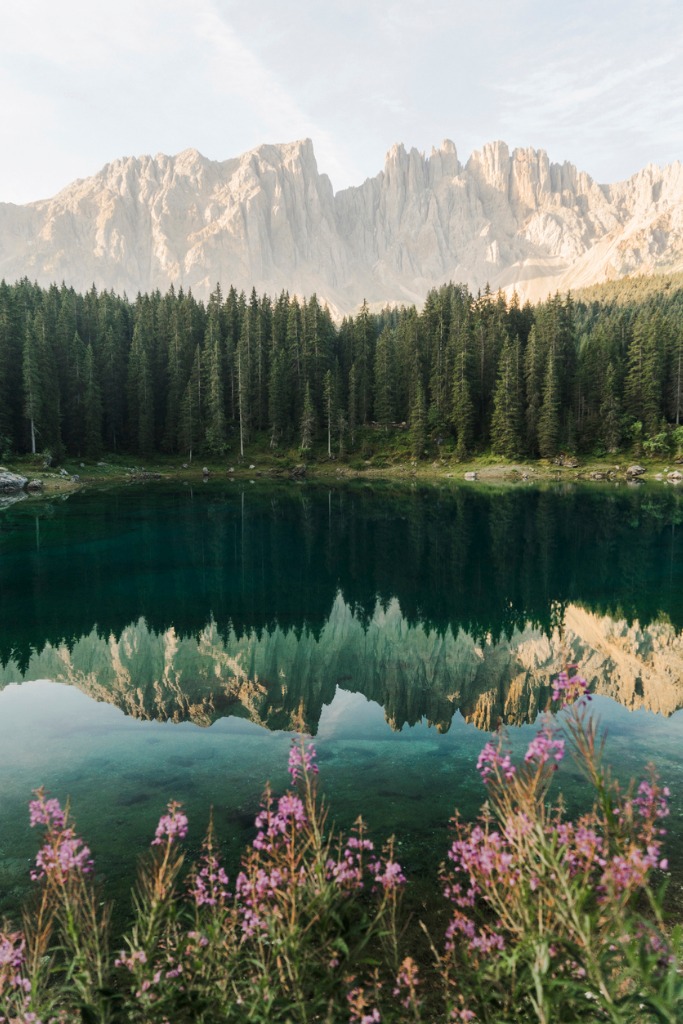 All you have to do is take up a lower shooting position and incorporate something in the foreground.

By dropping down to ground level, you're more able to highlight elements like rocks or plants that can provide depth and layers to the shot.

In comparing the two example images above, you can see how the eye-level perspective of the first one all but eliminates the visual interest in the foreground.

But in the second example, the lower angle brings in the additional layer of the plants in the foreground that give us a little more context regarding the distance of the lake, the treeline, and the mountains beyond.

Landscape Photography Mistake #3: Not Taking Your Skills to the Next Level 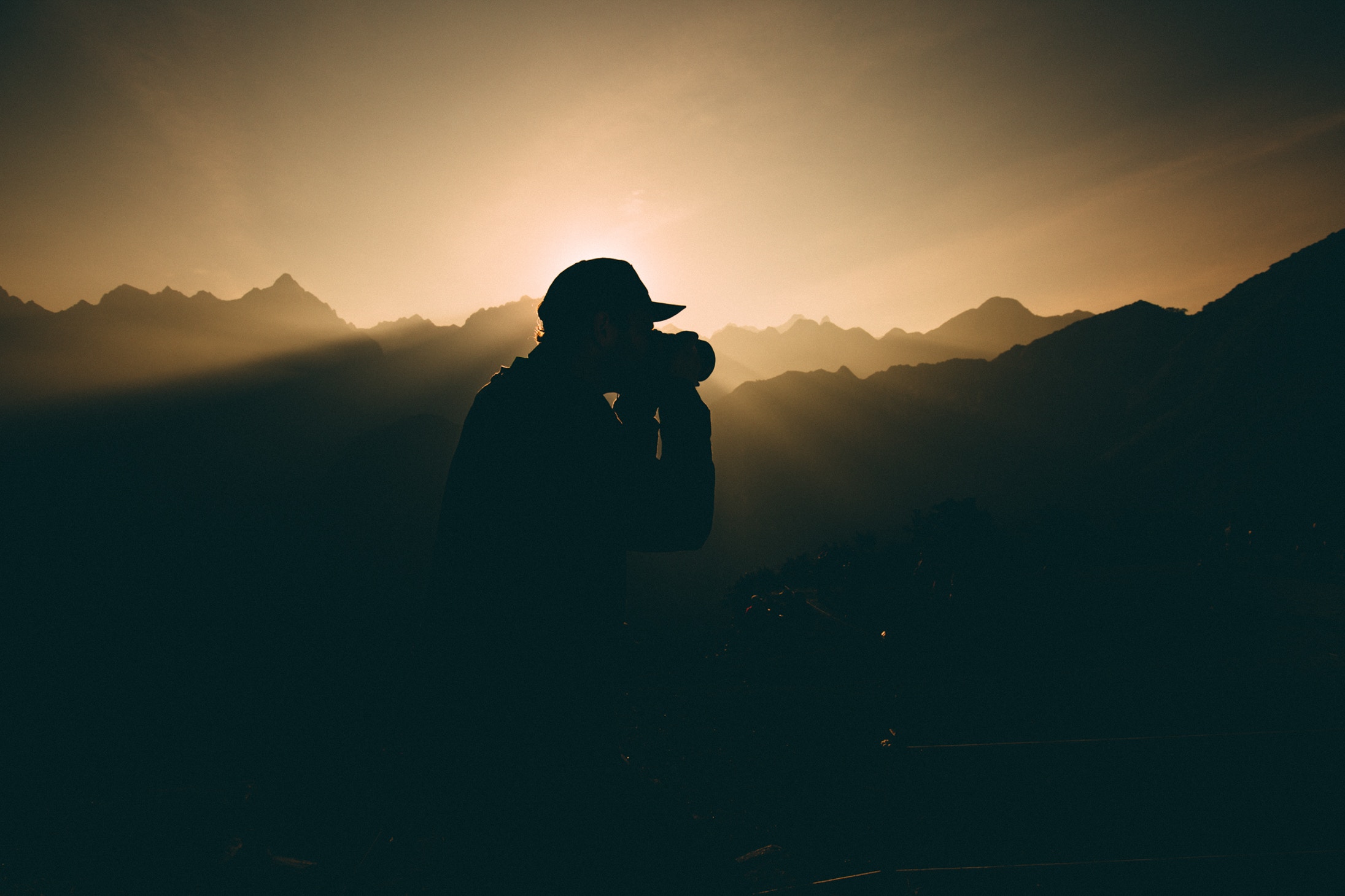 Photo by Kal Loftus on Unsplash

Getting complacent with photography is a surefire way to produce images that aren't all that compelling...

Sure, you might have good skills now that result in more nice-looking images than not, but there is always something to learn that can elevate your images even more. That's true whether you're a brand-new photographer or a seasoned pro.

Naturally, the way to rectify this mistake is to commit yourself to constantly learning new skills.

From camera tricks to compositional ideas to post-processing hacks and everything in between, there are loads of ways that you can enhance your ability to create a better image. 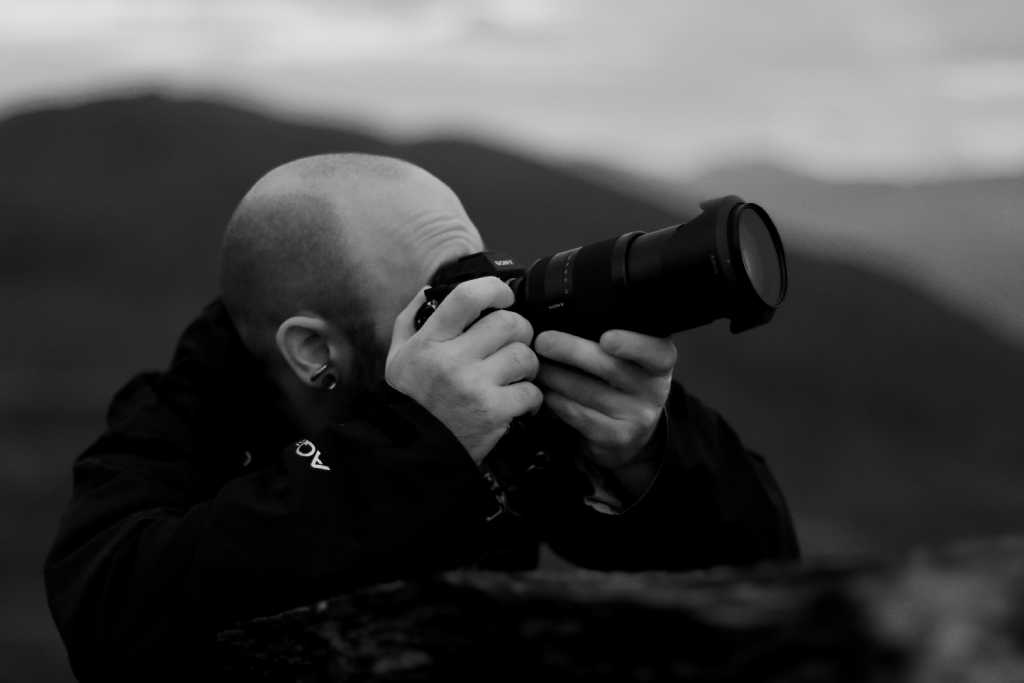 Photo by Nicola Nuttall on Unsplash

And as great as free learning tools (like this!) can be for your development, there's something to be said about the value of taking part in a photography workshop.

I know that "workshop" conjures up notions of sitting in a classroom listening to a boring lecture about photography. That's not what I'm talking about.

Instead, a photography adventure in which you get to explore some of the most breathtaking landscapes in the world sounds like a much better learning experience, don't you think?

Companies like ApertureXplorer specialize in taking small groups of photographers to off-the-beaten-path locations for field-based learning that you simply cannot beat. 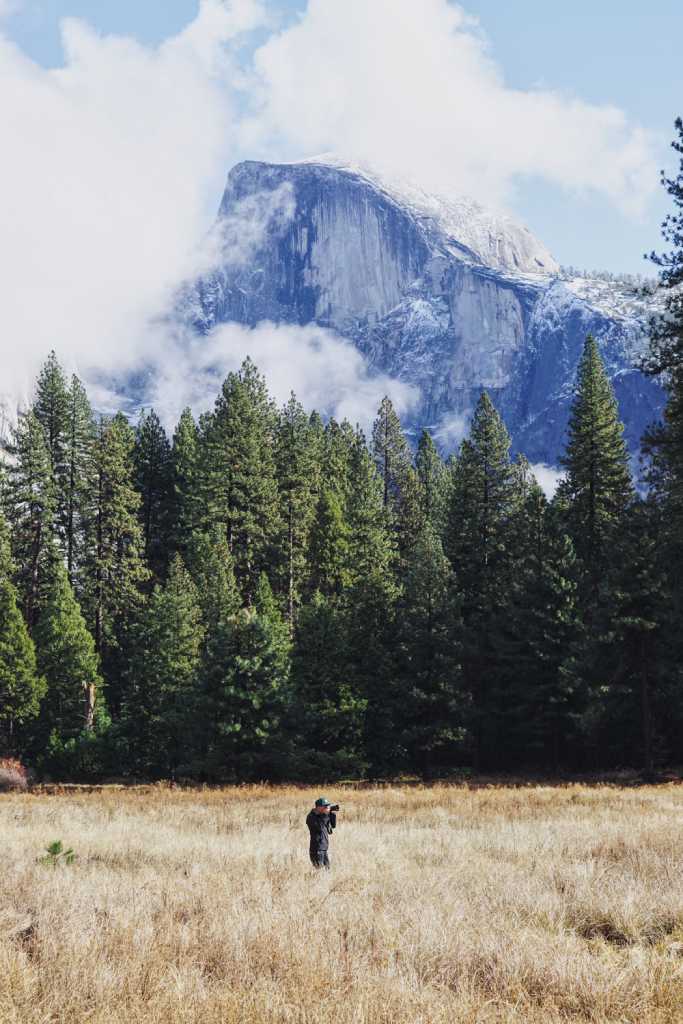 Given that the groups are so small - sometimes just three or four people - you're guaranteed a good amount of one-on-one time with the expedition leader.

Not only that, but the small groups facilitate camaraderie between you and the other participants and gives you a chance to learn even more about photography from the other people on the trip.

There's no planning on your part, either (apart from getting yourself to the destination, of course). Once you're there though, it's a simple matter of going along for the ride and learning new skills as you explore iconic locations like Iceland, the American Southwest, and points in between.

It's a mistake to settle for images that are "good enough." Instead, strive to always be better! Using these tips, you can do just that. 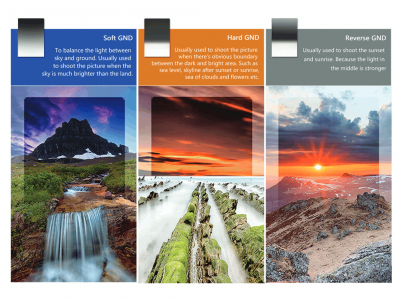 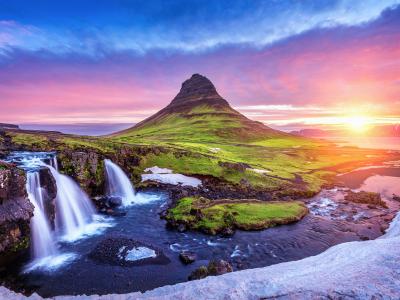 How to Photograph Sunsets the Easy Way 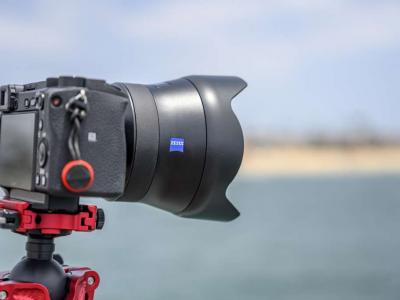 Top Lenses for Landscapes with the Sony ... 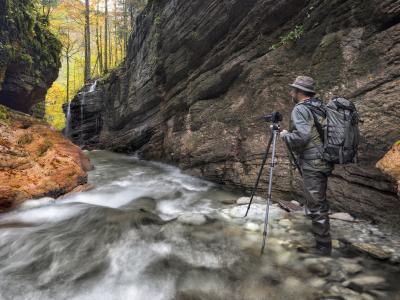 Why Variable ND Filters are Better Than ...