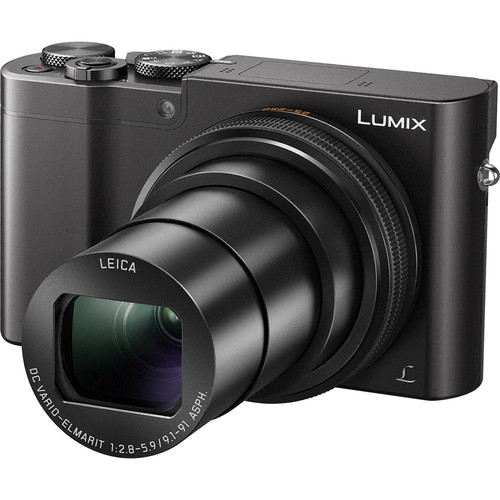 If you haven’t heard about the Panasonic Lumix DMC-ZS100 before, that’s because it was released about 4 years ago without a ton of fanfare.

The Panasonic Lumix DMC-ZS100 is a 1”-type compact camera that replaced an earlier edition Panasonic created, the Panasonic DMC-FZ1000, back in 2014. Among its many upgrades were a much smaller body, a much better zoom lens, and 4K video. The zoom lens was actually the best one available in a camera of this size when it came out in 2016.

So, the Panasonic Lumix DMC-ZS100 sort of adds the best of both of these cameras together to create a great camera for photographers who want a “travel zoom.”

Let’s get into our full Panasonic Lumix DMC-ZS100 review to find out more. 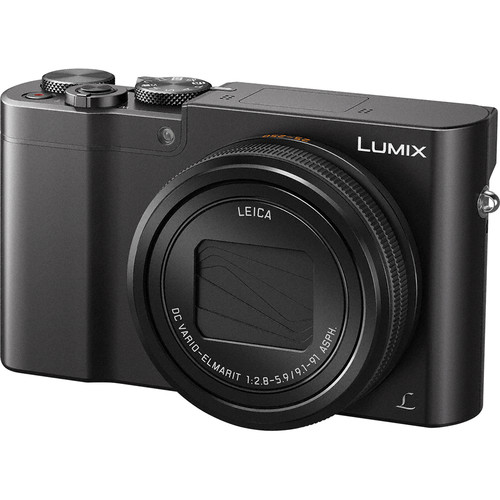 The Panasonic Lumix DMC-ZS100 specs are a little aged at this point, but still impressive for a camera at this price point. For starters, this camera comes with a 20MP CMOS sensor and an ISO range of 125-12,800, so you can expect to capture crisp photos in a wide array of lighting.

It also comes with a hybrid 5-axis image stabilization option while shooting video, which helps to keep your footage stable even when zoomed in and not using a tripod. Of course, I wouldn’t usually recommend not using a tripod, but it’s a nice feature for someone who is brand new to photography.

Speaking of video, this camera can shoot in 4K or Full HD, with some limitations which will be discussed later on.

Other Panasonic Lumix DMC-ZS100 Specs Include: 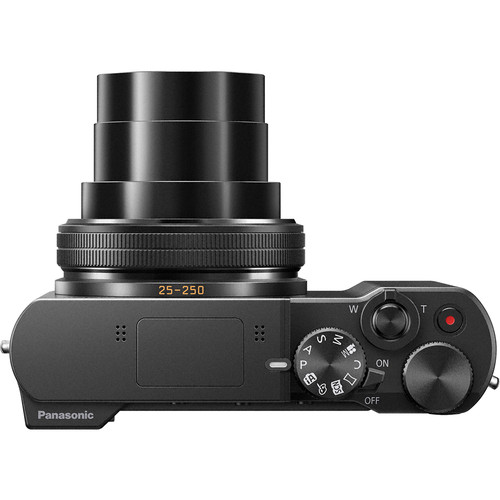 The Panasonic Lumix DMC-ZS100 body is exactly what you would expect of this type of point and shoot zoom camera. It weighs just 0.69 lbs, so it easily travels, and measures 4.37” x 2.56” x 1.73”. So, it doesn’t exactly fit in your pocket, but it gets pretty close.

The Panasonic Lumix DMC-ZS100 design is very similar to other cameras in the line up, except for the fact that the body is built of all-metal, which makes it feel more expensive and professional.

The layout of the buttons on the back of the camera is really intuitive, although the camera is quite small, so the buttons are crammed together. I definitely would not take this camera out shooting anywhere I needed to wear gloves because it would be too frustrating. 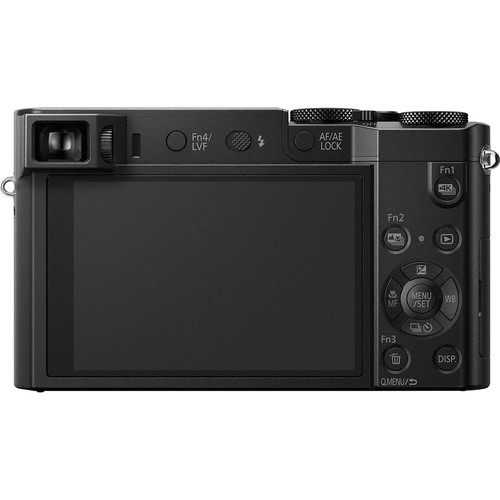 The top of the camera, on the other hand, is quite simple. The pop-up flash takes up most of the space, alongside the power button and mode dial. I suppose this makes sense because the pop-up flash is a big selling point for enthusiast photographers as the flash can be tilted with a finger to bounce the light. This is definitely a fun feature to the Panasonic Lumix DMC-ZS100 build. 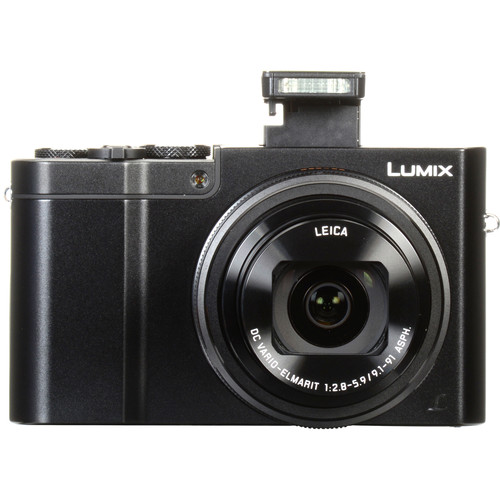 When it comes to the Panasonic Lumix DMC-ZS100 handling I do have a few complaints. The camera has basically no grip, which is to be expected of this type of model, but the all-metal body means the camera is really slippery and I would have expected Panasonic to build some type of rubberized grip to prevent drops. This did not happen and it’s really frustrating. Make sure you’re never shooting with this camera without a wrist strap.

The electronic viewfinder, though, is even worse. You’re definitely not going to be buying this camera for its handling. 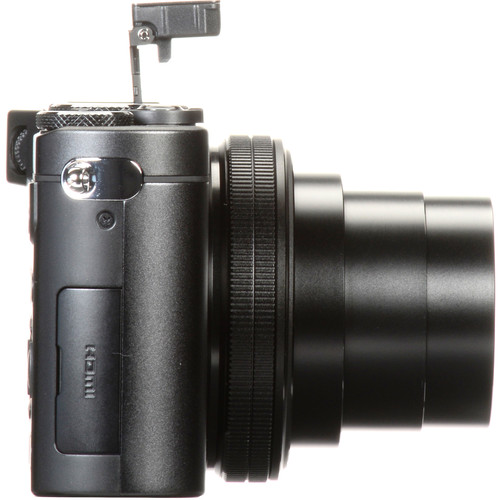 My main problem with the electronic viewfinder is the fact that it’s really tiny. But, its resolution also isn’t great. If you look at the spec sheet, you would expect it to function pretty well, since its EVF features a 1.17m-dot equivalent resolution, but the issue is that in practice the screen is cycling between different colors on the color spectrum, so you’re really only getting something like 307k-dot resolution.

To be honest, when I’m shooting with this camera, I just forego the EVF altogether and that hasn’t been a problem for me. I also recognize that I’m used to shooting with professional-grade equipment and this lower resolution may not be as big of a dealbreaker for other people.

When it comes to the menu, this camera is awesome. You can customize a lot, both physically and digitally. But, you can also customize the menu itself so that you can find the icons you’re looking for more quickly.

Thank you to Exploring Filmmaker for the Panasonic Lumix DMC-ZS100 video performance test above.

So, while its 4K video isn’t incredible (it is cropped and you can’t record 4K for longer than 12 minutes), the fact that the Panasonic Lumix DMC-ZS100 comes with 4K at all at its price point is surprising. 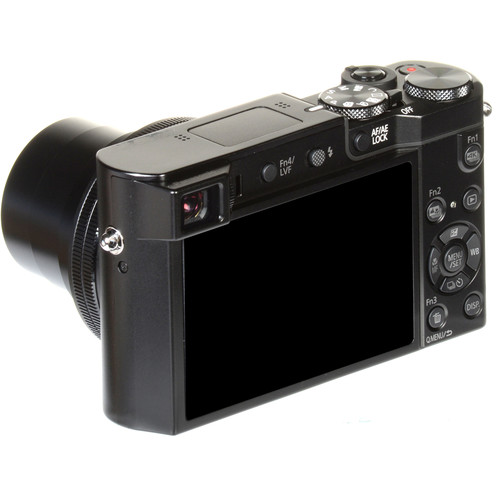 While shooting video, my favorite aspect of this camera is its autofocus which seems to work quickly and well. The fact that the Panasonic Lumix DMC-ZS100 features a touchscreen also means that you can simply tap on whatever subject you want to track.

Unfortunately, the audio isn’t incredible with this camera because you can’t use an external microphone. The lack of this feature, alone, lets me know that the Panasonic Lumix DMC-ZS100 wasn’t built for videographers. Still, unless you’re going to be shooting video outdoors quite frequently, it will do just fine. 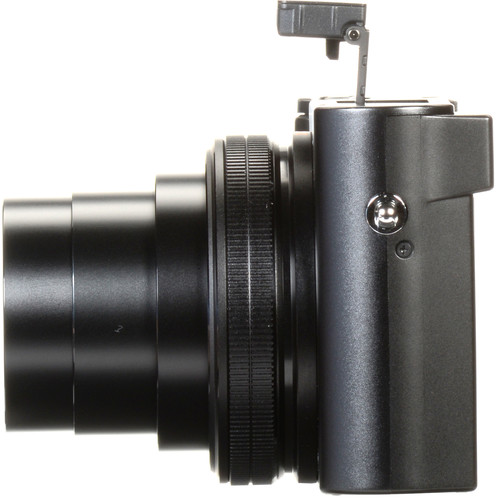 I obviously can’t pull the Panasonic Lumix DMC-ZS100 price anymore because this camera is now several years old and is no longer being sold new, from Panasonic.

So, if you want to purchase a Panasonic Lumix DMC-ZS100 then you need to do so one a used camera site.

MPB is one of PhotographyTalk’s favorite used camera retailers for a number of reasons, but the first is that they save each member of our staff hundreds of dollars a year. 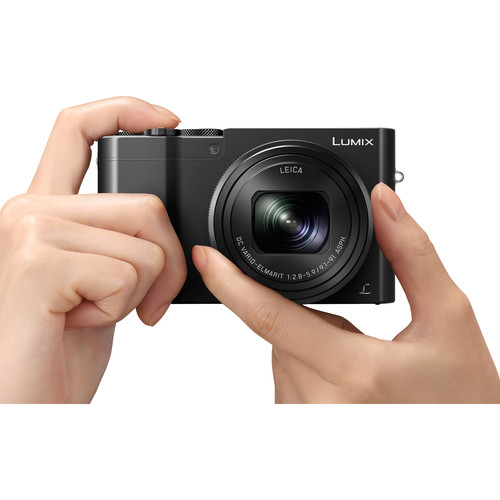 The second is that you can actually expect every camera, or lens, that you purchase off of MPB to show up at your front door exactly as it was described online. Scams have been proliferating the used camera industry since Ebay and Craigslist first became popular and there is nothing more disappointing than assuming you’re purchasing a camera in good or excellent condition and then finding out the hard way that this isn’t true.

MPB hires professional photographers and videographers to rate each piece of equipment they receive. They take meticulous notes on that condition and then pass that information along to you so you can make an informed decision.

If you want to learn more about why we love MPB, then you can do so in the learn more links below.

Now, unfortunately as of the writing of this article, MPB doesn’t have any Panasonic Lumix DMC-ZS100 bodies for sale, but that doesn’t mean they won’t have one up by the time you’re reading this.

If you want to save yourself a ton of money, you can check their Panasonic Lumix DMC-ZS100 page right here. You’ll likely end up saving hundreds of dollars for a camera that is still in excellent condition.