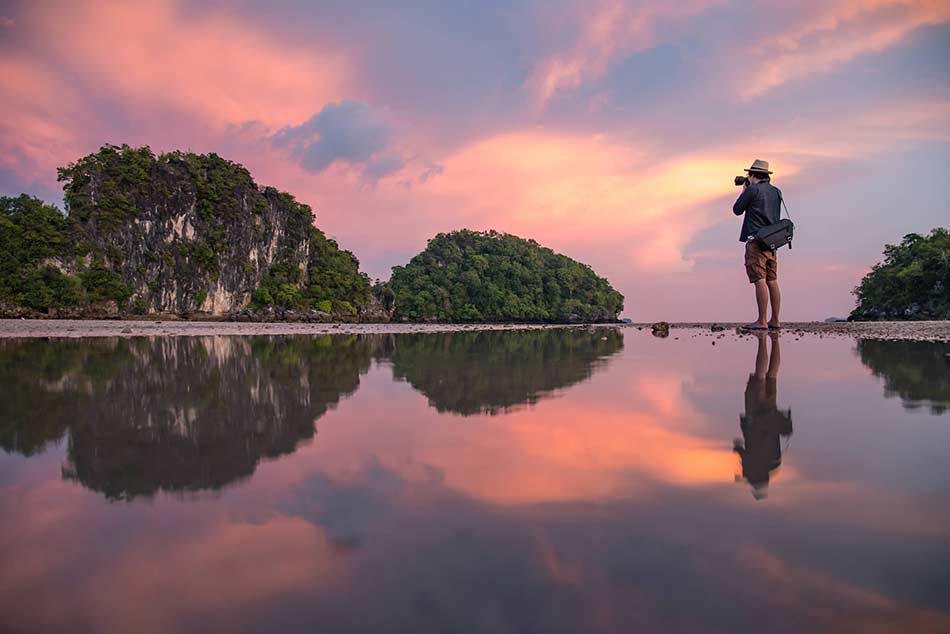 When it comes to composing an excellent photo, there's certainly a lot to think of...

With so much to worry about regarding lighting, framing, the foreground and background, and so forth, it's easy to get a little overwhelmed and overlook a few things in the process.

There's no worse feeling than thinking you have a series of solid shots, only to find that the shots that looked pretty good on your camera's LCD look awful on your computer screen at home.

With that in mind, I've put together four composition problems that seem to plague a lot of photographers, as well as solutions to each issue.

Let's have a look!

Problem #1: Too Much Detail in the Background 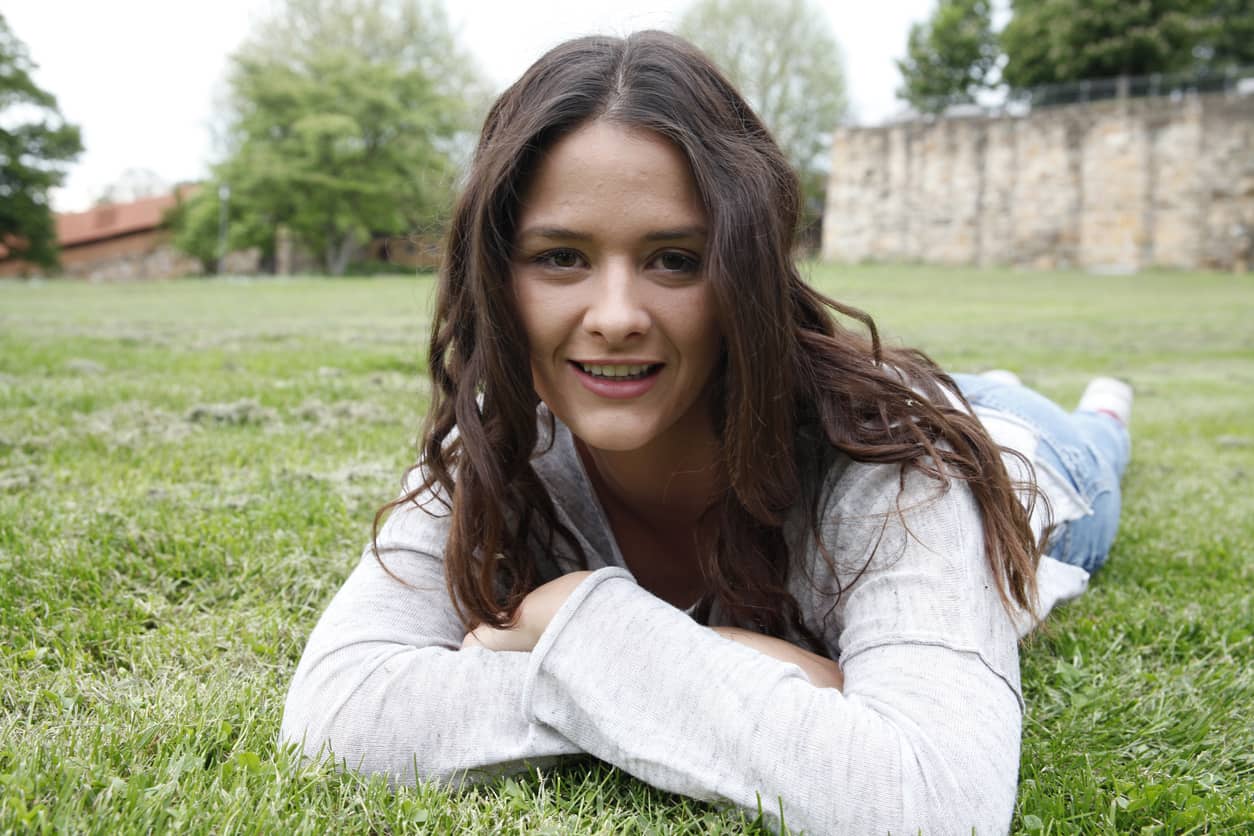 Perhaps the most common composition problem of all is a background that's cluttered with detail. For example, in the image above, note how the trees, wall, and bright sky pull your eye away from the subject.

This mistake applies to portraiture more than anything, though it can be an issue for just about any genre, particularly bird photography.

The reason why cluttered backgrounds are so common is that it's just natural for us to snap an image when we see something worthy of a photo. What's more, sometimes time is of the essence and you don't feel as though you have the couple of seconds that are needed to explore what the background looks like.

The problem is that with all that detail in the background, people that view the image will be distracted from the main subject.

That is, instead of spending their time evaluating the detail of the subject's face, for example, they'll instead be looking at the crazy shapes, colors, or patterns of light behind the subject. 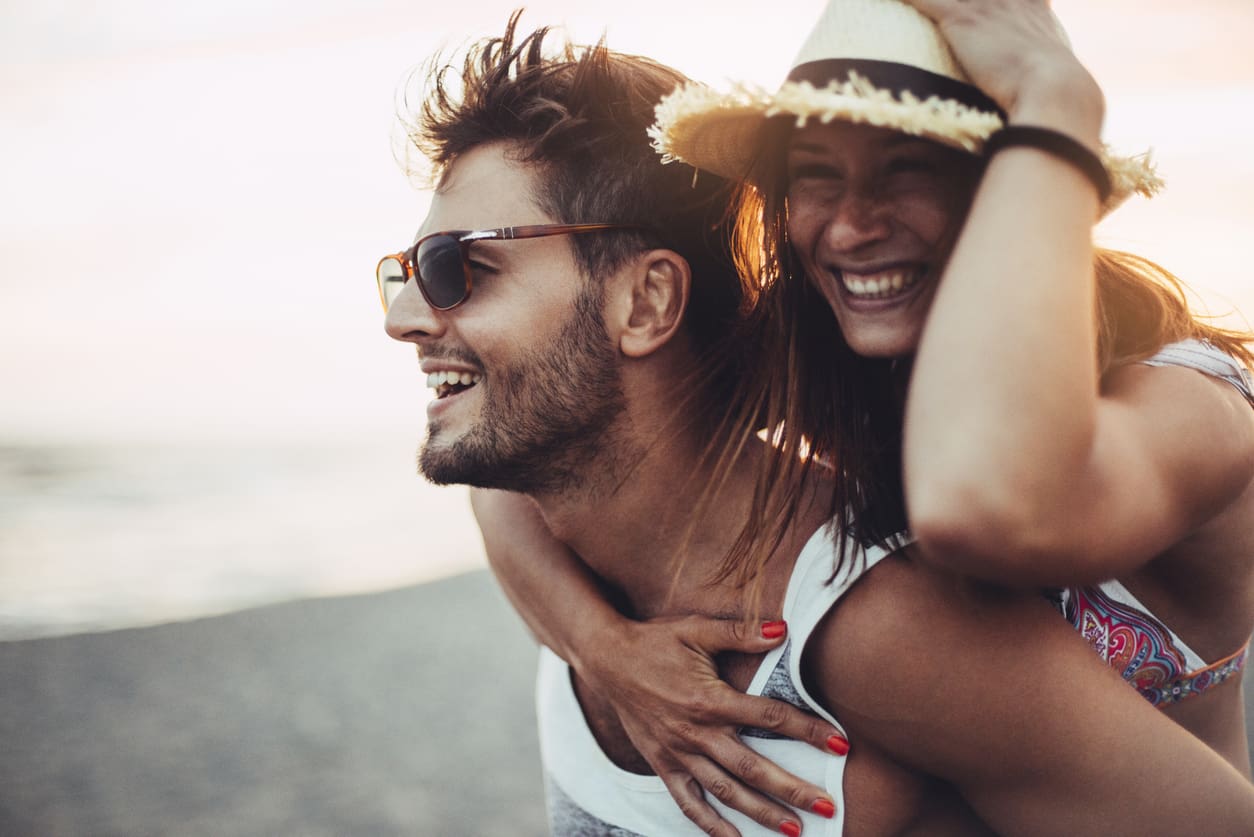 The Solution: Take your time.

I know that there are occasions when you literally have to point and shoot in order to capture the subject.

However, more often than not, a cluttered background is a result of simply not taking a moment to evaluate the scene.

Once you've identified the subject of your photo, give the surroundings a bit of love. Look for anything that might cause the viewer's eye to wander, and work to eliminate it from the shot so that the subject stands out.

That might mean using a larger aperture to get a shallower depth of field for some nice background blur (as seen in the image above). That might mean changing the direction from which you shoot. You might even need to move the subject (if that's possible) to a different location.

Problem #2: Too Much Detail in the Photo 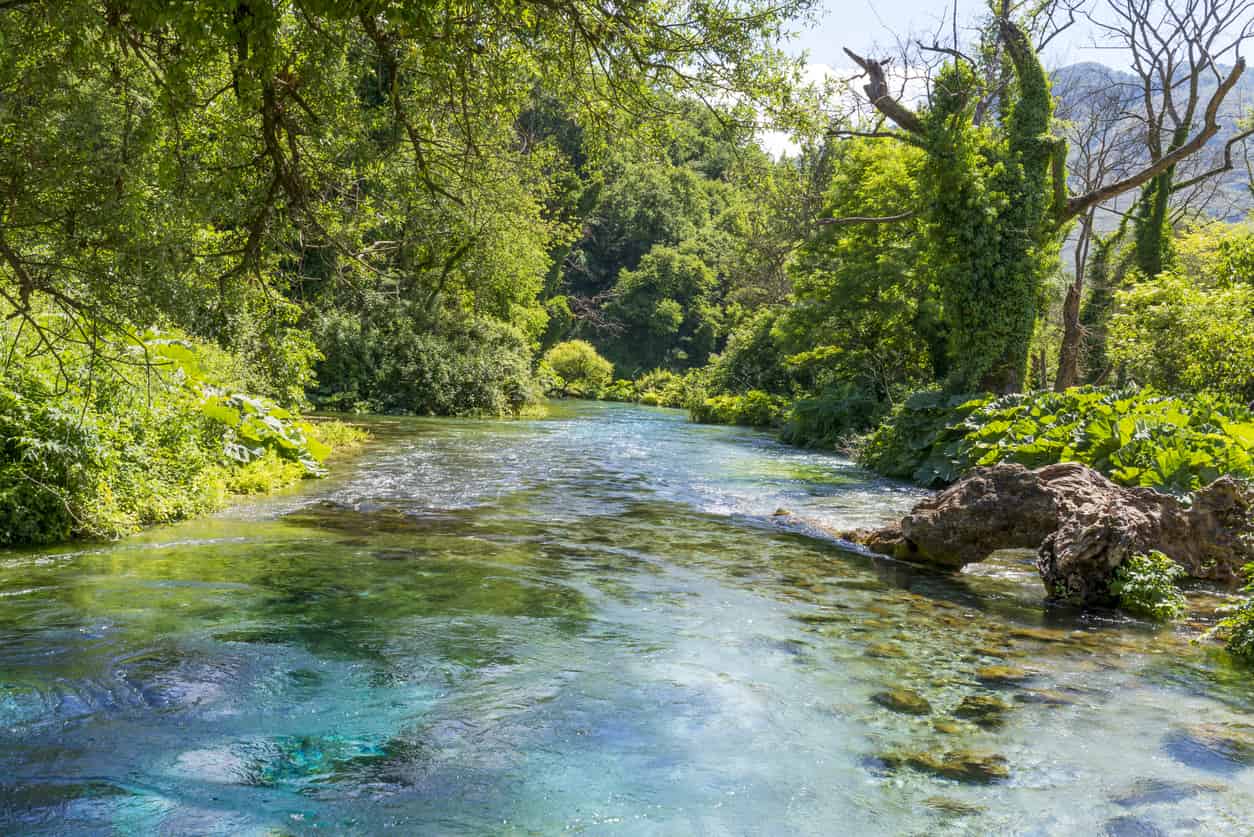 A closely related issue is simply having too much detail in the photo - not just the background.

This is a particular problem in landscape photography because the desire is to capture the breadth and depth of the scene as you see it with your own eyes.

The problem is that when you look at a scene in real life, you have tons of other visual data in your field of vision that makes it a more complete whole.

But when you photograph that same scene, you're taking just a snippet of that information - even if you shoot with a wide angle lens - and giving viewers a restricted view.

That can translate into shots that are overwhelmed with detail, like the image above.

Between the river, the rock formations, the tangle of trees and other fauna, and a lack of a strong subject, this photo is a bit of a mess. 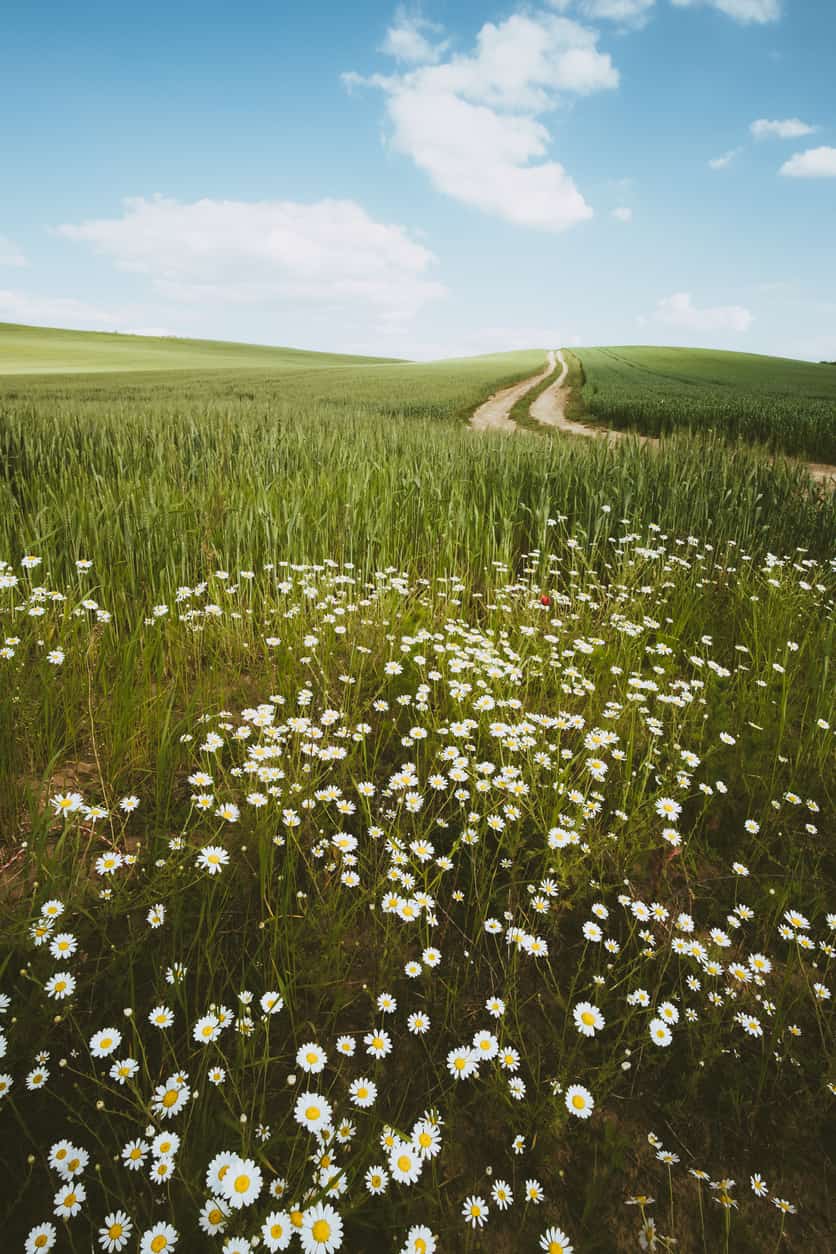 Rather than trying to capture absolutely everything you see in a single image, try photographing smaller vignettes.

For example, focus in on a field of wildflowers, as was done. Fill the frame with a mountain peak. Look up and down to locate interesting elements that you can zero in on with your camera to create a simple, elegant shot.

Another trick is to convert your image to black and white. By stripping the photo color, you can immediately simplify the shot. 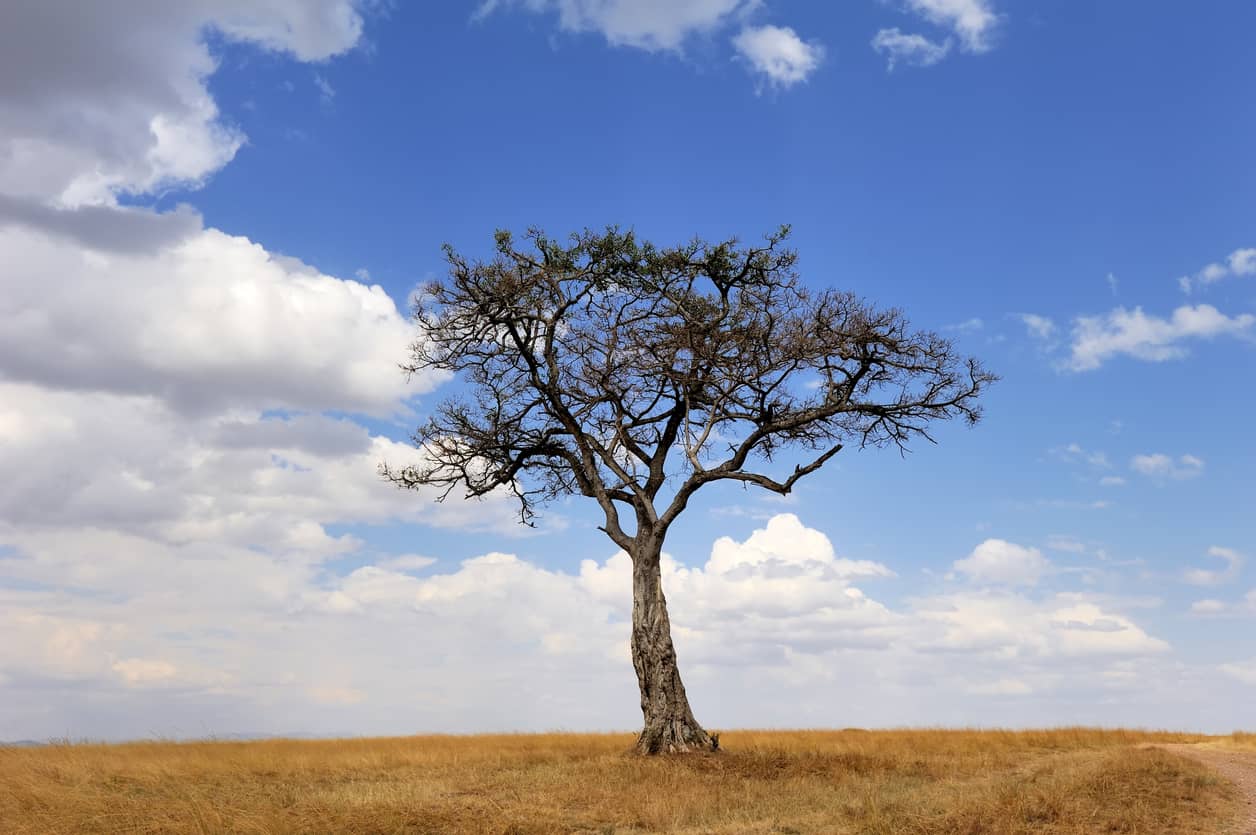 Another common compositional problem photographers have to deal with is trying to emulate the three-dimensional scene from real life in a two-dimensional photograph.

Often, the scene you see with your eyes just doesn't look the same in your photos. It can look flat and lifeless, and that's due to a lack of elements that give the image depth.

This can be an issue for all kinds of photos - from portraits to landscapes to street scenes and everything in between.

Note how in the image above there's nothing to indicate depth. With no foreground or background elements to indicate dimension, the tree (and the photo as a whole) seems flat. 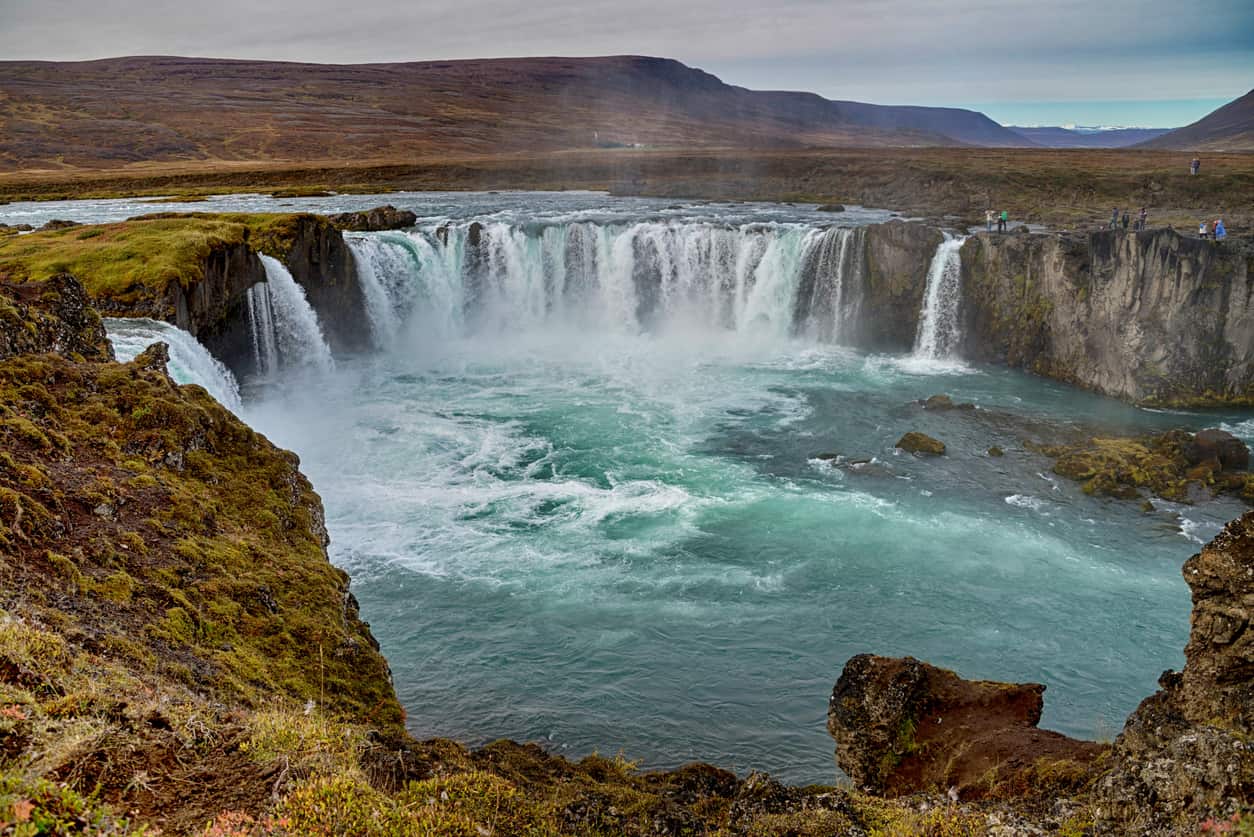 If you're taking a landscape photo, include foreground interest to indicate dimension. You can also use leading lines to direct the viewer's eye from the foreground to the background.

Another trick is to take the shot from a unique perspective - from high up or very low. You might include layers too, which help define the space in the shot, giving it a greater sense of dimension.

The shot above has several of these elements - foreground interest in the form of the rocks, a low-slung shooting position to incorporate the foreground, and layers that include the foreground, the waterfall, and the mountains in the background.

Problem #4: Subjects in the Middle 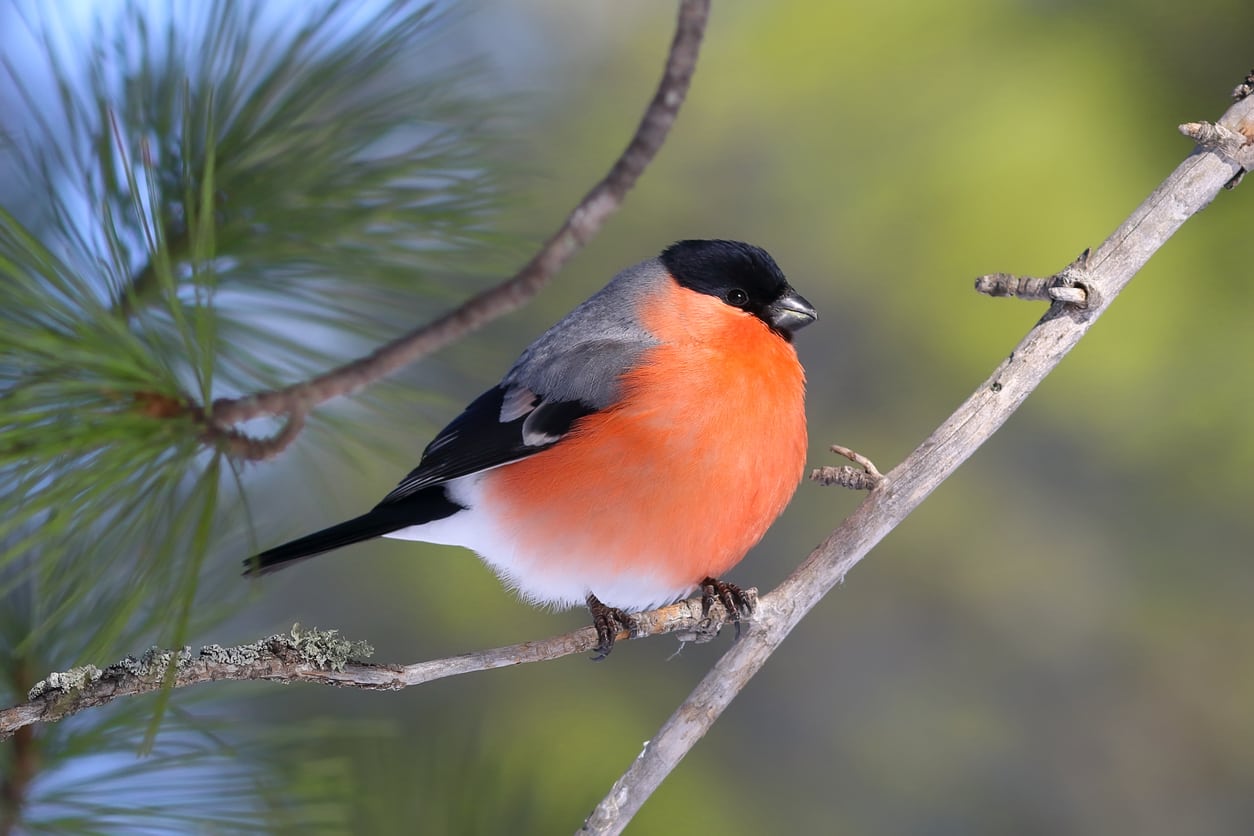 Let me start by saying that having the subject in the middle of the shot actually works sometimes.

For example, when there's water in the foreground and you're capturing a reflection, having the subject in the middle is perfectly fine.

But most often, placing the subject in the middle does your image no favors because it results in a shot that looks very static.

In other words, the viewer's eye goes straight to the subject and then stops, with nowhere else to go in the frame. 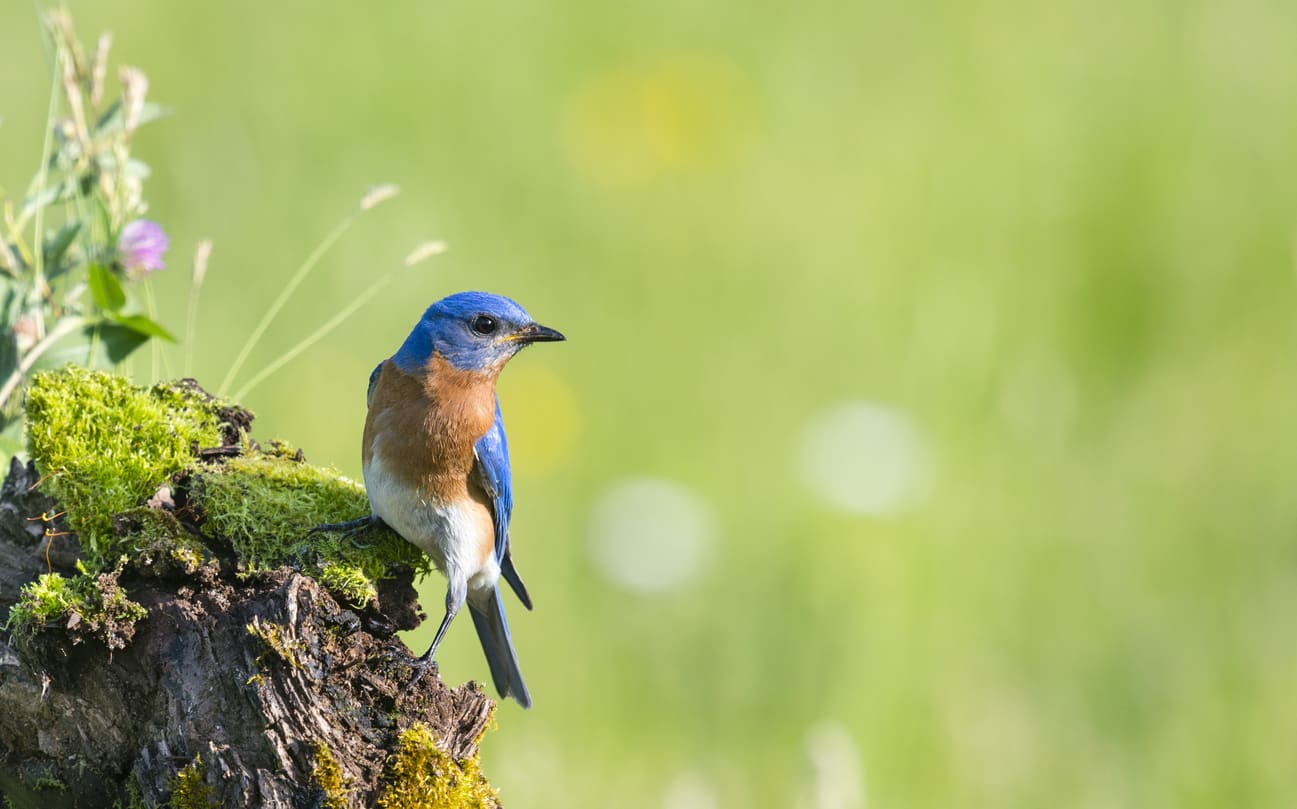 The Solution: Use the rule of thirds.

By using the rule of thirds (or the Golden Ratio), you can create a more dynamic scene.

Simply shift the subject to the left or right of center or above or below center, and you will see a noticeable difference in how the image is received.

Even though the rule of thirds shifts the subject to one side or the other, it creates a more balanced photo.

That means that the visual weight of the subject to one side is balanced out by the negative space on the other side, as seen in the image above.

The interest that this strategy provides will give your images a more natural feeling that pulls the viewer in than if you simply place the subject smack in the middle of the shot.

With that, you have four compositional problems, solved.

Now there's no excuse to have a cluttered background or a cluttered photo, images with no depth, or photos with the subject in the middle of the frame.

Give each of these solutions a try, check out more photography composition tips, and I'm sure you'll see just how much you can improve your photos!

Get even more insights into common photography problems and how to solve them in the video above by B&H Photo Video.