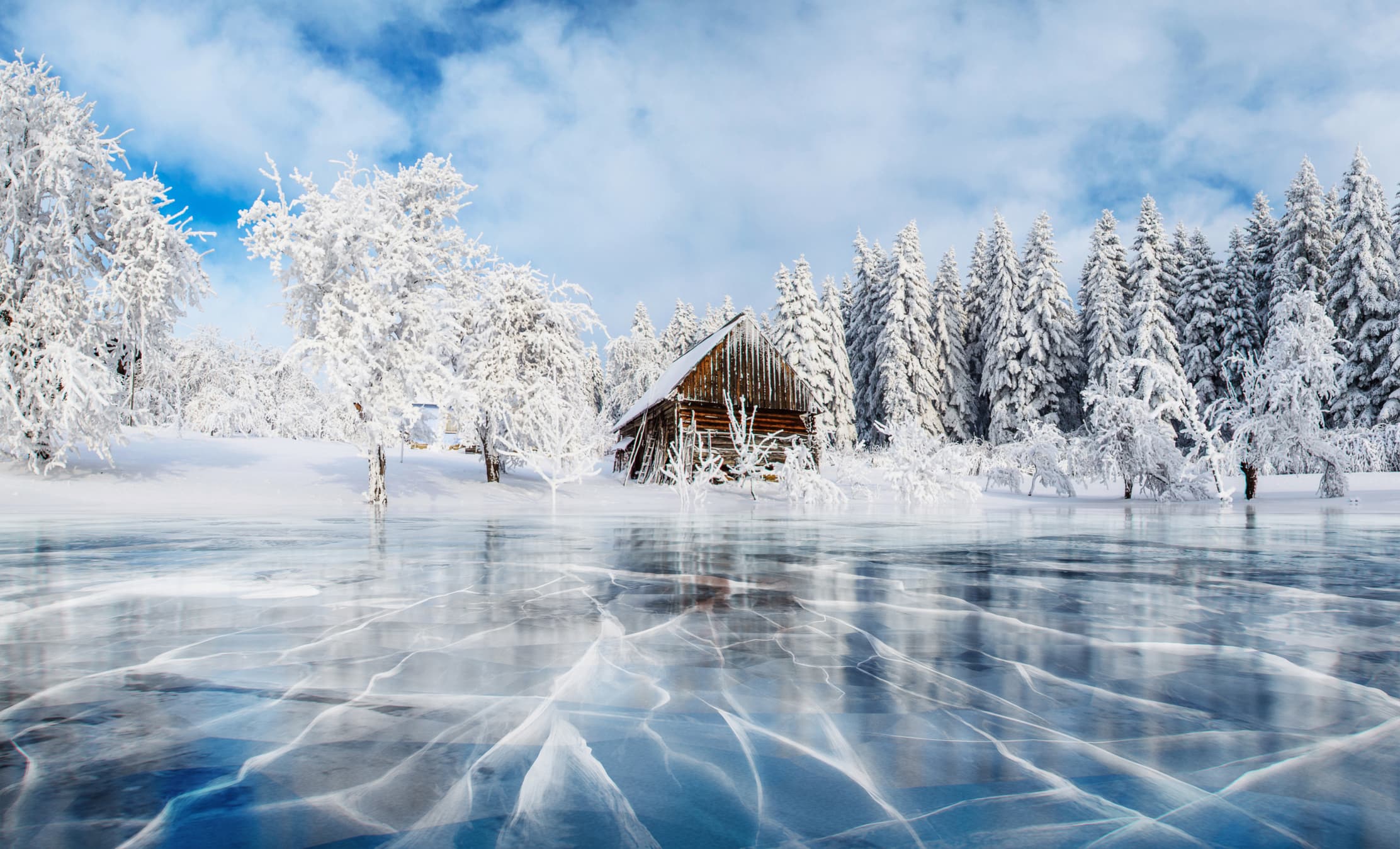 When you get down to it, composition is really an abstract concept.

Sure, it's arranging things inside the little box created by your camera, but how you go about doing that isn't necessarily rules-based.

In the video above, Andy Mumford offers up an excellent tutorial on landscape composition.

His tips shed light into his workflow and how he's able to create landscape photos with life, vitality, and interest.

Follow along in the video, and for a play-by-play of each tip, read on below. 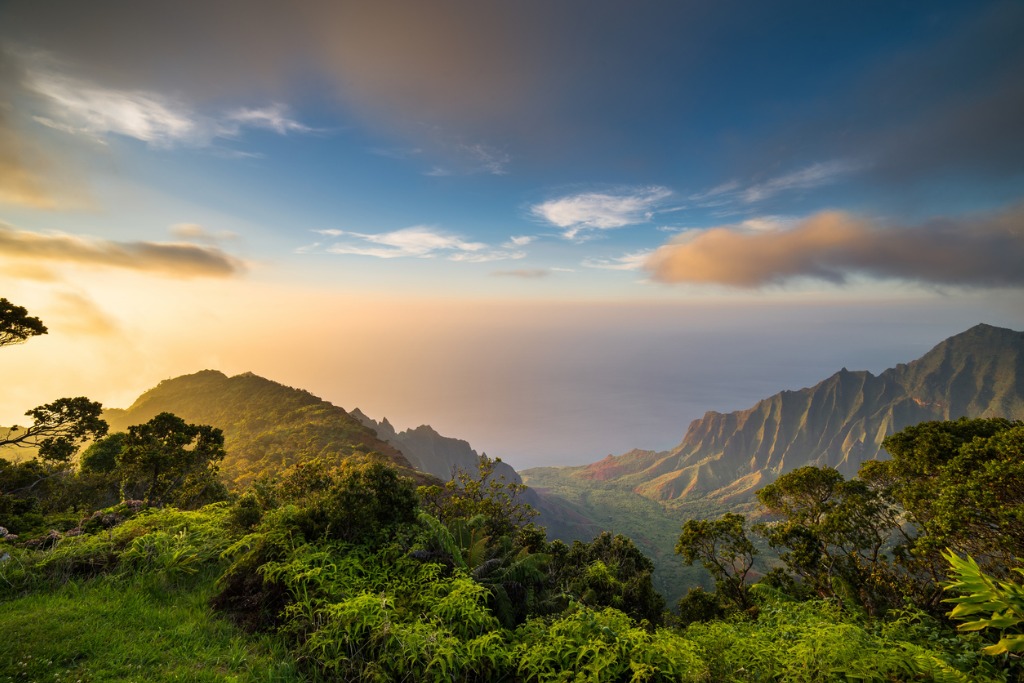 When we stand before a landscape, our eyes automatically adjust and edit the scene.

That is, they help make sense and order out of the chaos by helping us focus our attention on the most important features and eliminating those that don't require our attention.

However, our cameras cannot do that. They capture every single detail which, left uncomposed, has the potential to overwhelm viewers as they look at the photo.

So, composing better landscape photos requires you to simply understand that your camera needs help to create order and balance in the shot. Here's how to do that. 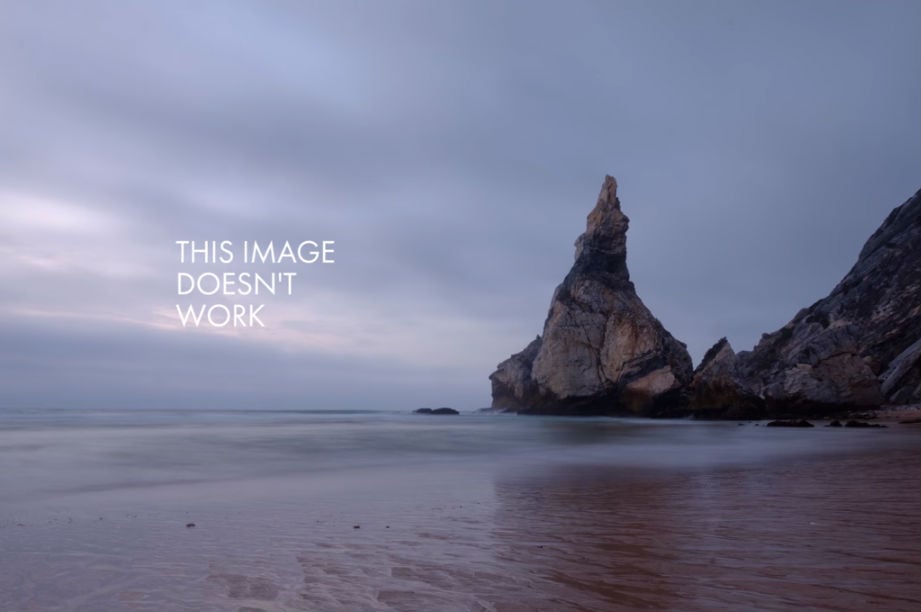 It's not good enough to simply point your camera at something pretty...

In the image above, you can see that pointing the camera at an interesting rock formation doesn't result in a very good photo. There's no depth or interest in the image. 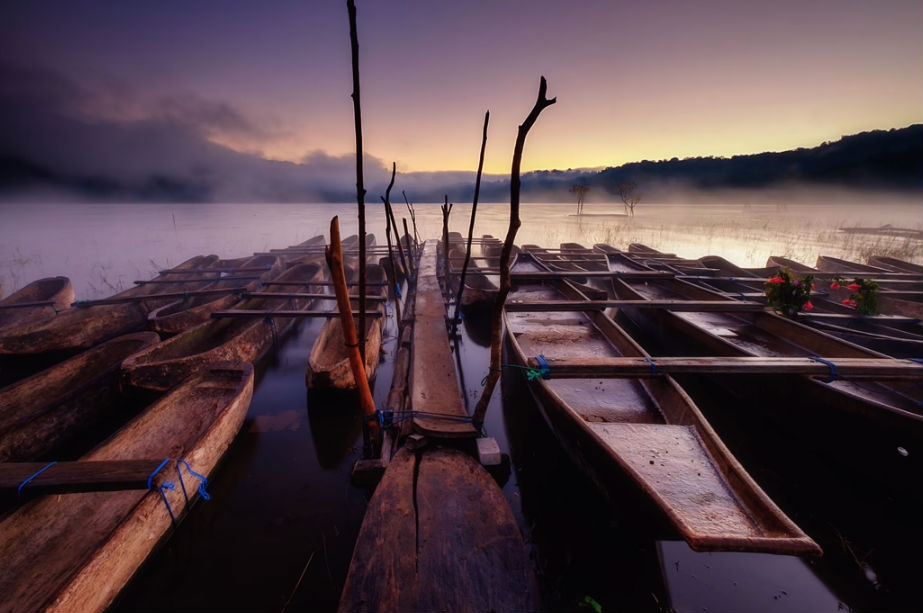 However, in looking at this shot, you can see how adding something as simple as leading lines helps create a much better photograph.

Instead of there being massive areas of the photo that provide nothing of interest, now we have something that moves our eyes from one area of the photo to next, creating a more dynamic viewing experience.

The lines in the image above help pull our eyes deeper into the shot, from the foreground to the midground to the background, so that we experience the image as a whole.

Editor's Tip: Leading lines don't have to be straight or parallel. Experiment with the angle of view and perspective you use when composing the photo to see what kind of lines you can create in the shot. 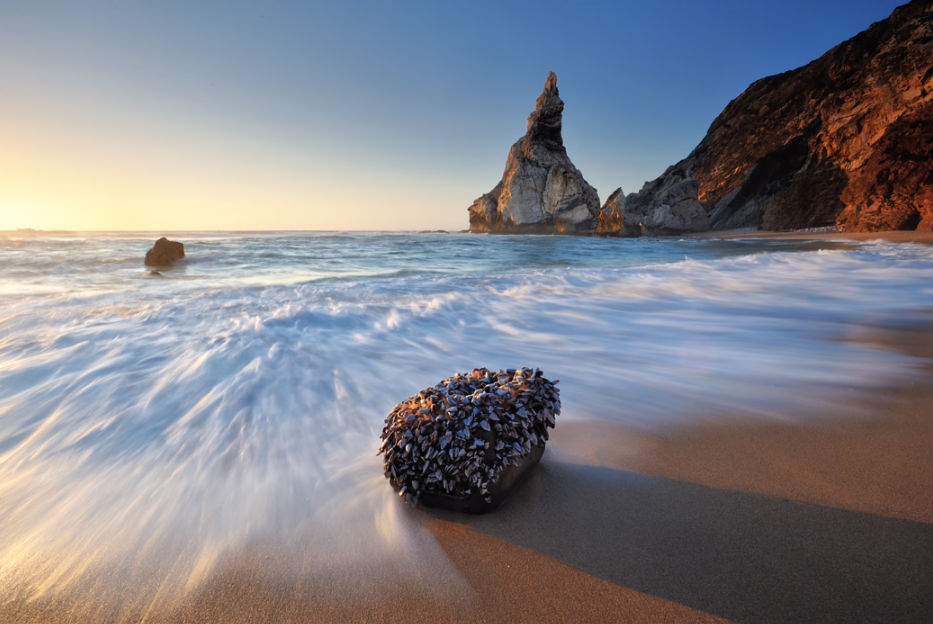 Not every landscape scene you photograph is going to have obvious leading lines.

However, you can help create leading lines or other means of visual interest by working on where you place objects in the frame.

In the photo above, Andy used the placement of the barnacle-covered drum in the foreground as an alternative to leading lines.

Notice how the object is placed low in the frame, that way it grabs our attention in the foreground.

But also notice how it's placed directly in line with the interesting rock formation in the background. That was done to help connect those two objects, which helps move our eyes deeper into the shot (just like a leading line!). 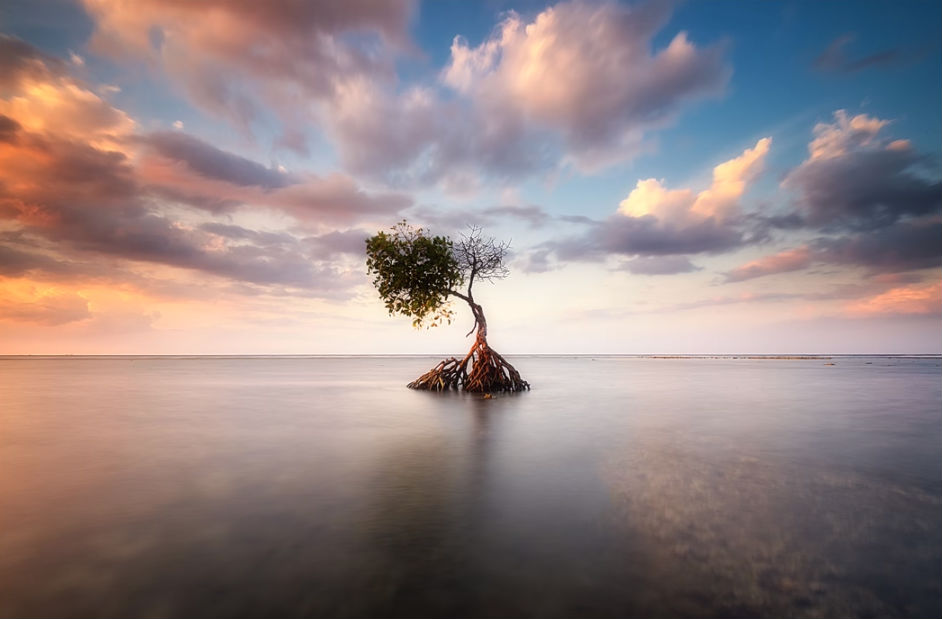 Sometimes, isolating the subject in the shot actually does the photo more good than trying to incorporate foreground elements as described in the previous tip.

In the shot above, Andy purposefully worked to eliminate details from the scene so that the mangrove tree retains our attention.

So, he moved closer to the tree to eliminate areas of the reef that protruded above the water.

He also used a long exposure to blur the water to create a smooth surface.

Combined with the perfectly flat horizon and soft light, these little tricks aided in isolating the tree for a very strong composition.

Editor's Tip: Another way to isolate landscape elements is to shoot with a telephoto lens. Get tips for telephoto landscape photography by clicking here. 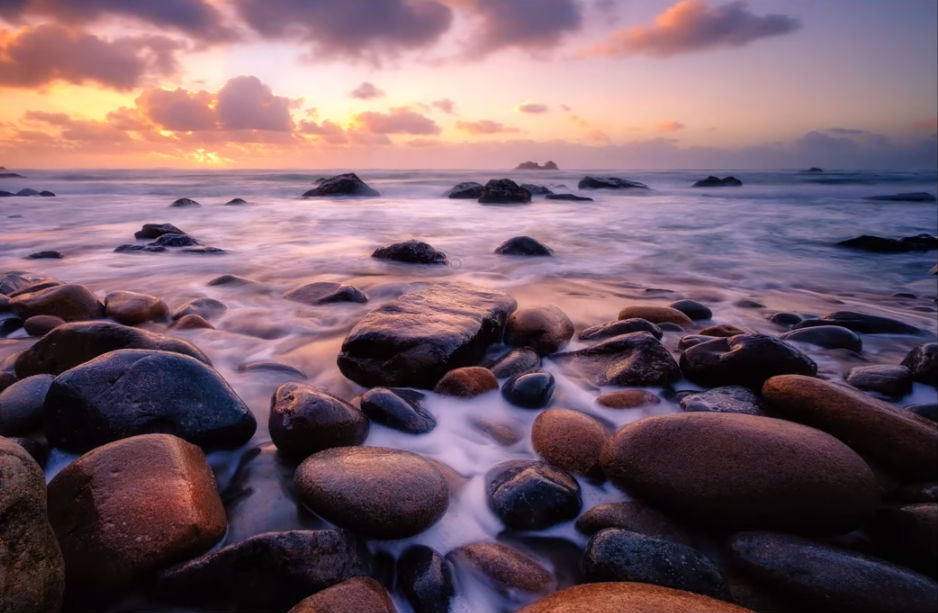 One of the best tips for composing better landscape photos is to ensure that your image has a strong focal point that grabs the attention of viewers.

In the image above, though it's very pretty, it lacks a strong focal point. Instead of there being an object that our eyes go to immediately, we're left looking at all the detail in the foreground without having a way to easily explore the rest of the shot. 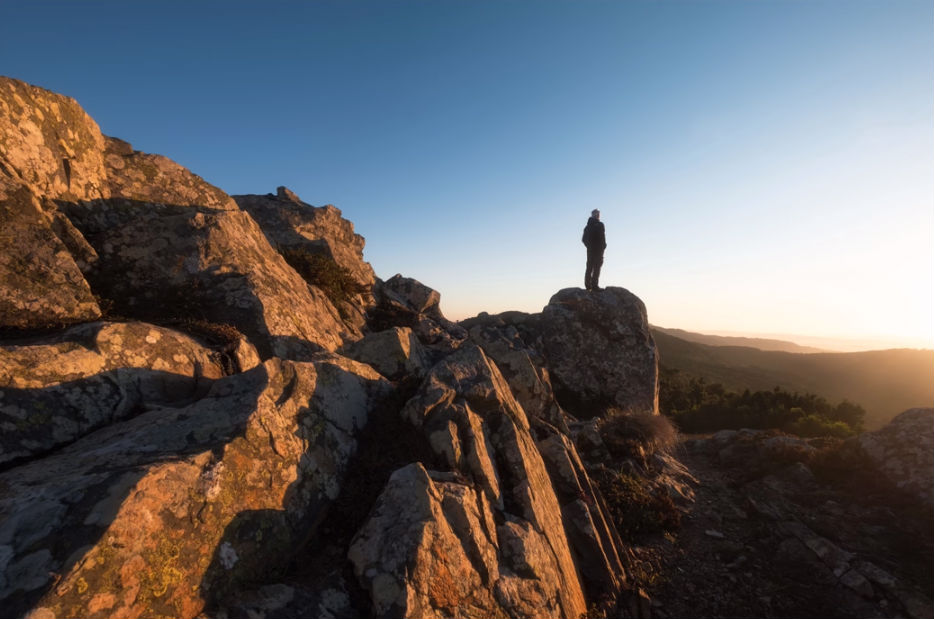 In this image, though, you can see how adding a strong focal point totally changes the image.

In this case, our eyes follow the leading lines created by the rocks in the foreground right to Andy, who has positioned himself perfectly in the photo to serve as the focal point of the image.

Furthermore, because he's looking in the direction of the sun, our eyes continue past him, along his focal plane, toward the right side of the shot from which the sun's rays emanate.

Just imagine this photo without the man in it - it wouldn't be nearly as successful, would it?

Scan the Edges of the Frame 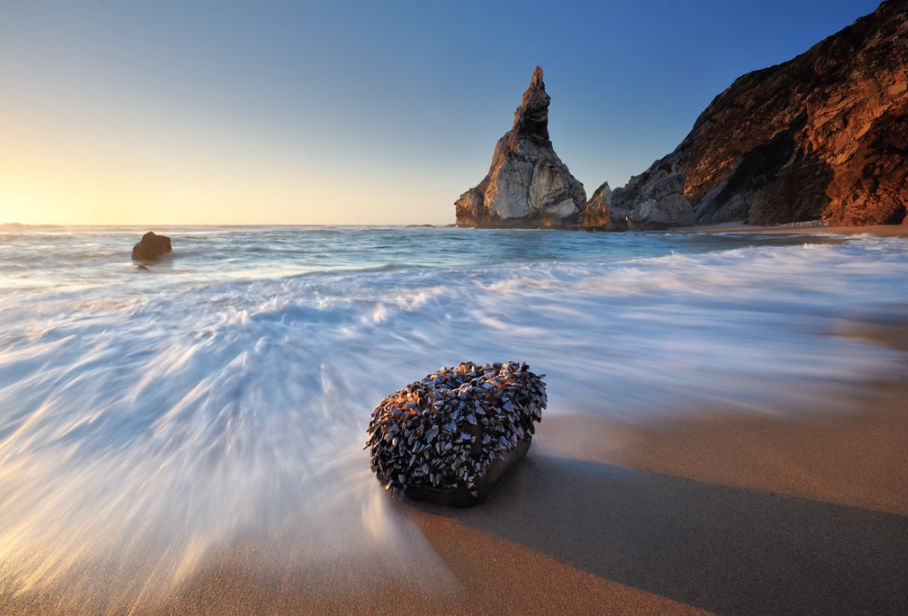 Something as simple as a tree branch or a shadow encroaching on the edge of the shot can reduce the overall quality of the image.

That's why it's so important to scan the edges of the frame before you finalize the shot.

Granted, you can maneuver around some things in post-processing by cropping the offending element out of the photo.

However, it's good practice to get into the habit of scanning the scene before you take the shot, that way you have the best possible image (like the one above) with which to work in post-processing.

Editor's Tip: When scanning the frame, also ensure that there's plenty of room between the elements in the shot and the edge of the frame. If you frame the shot too tightly, it could feel a little cramped.

Don't Be Afraid to Subtract Elements 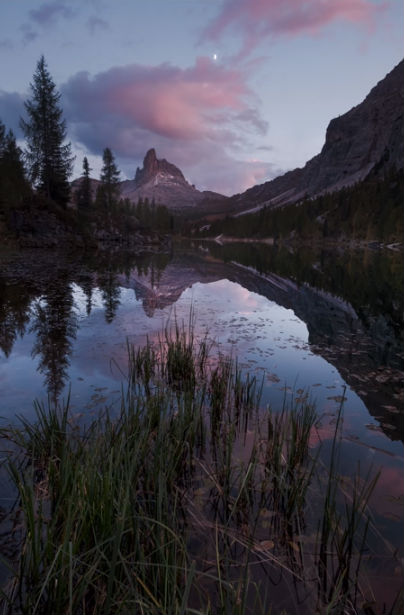 When composing a compelling landscape photo, it's important that you ask yourself if there's anything in the shot that needn't be there or that detracts from the look and feel of the image.

If there is, you need to subtract it from the shot.

In the photo above, the tallest tree on the left doesn't really serve much of a purpose. In fact, it pulls our eyes over to it instead of allowing them to travel deeper into the shot towards the gorgeous mountain. 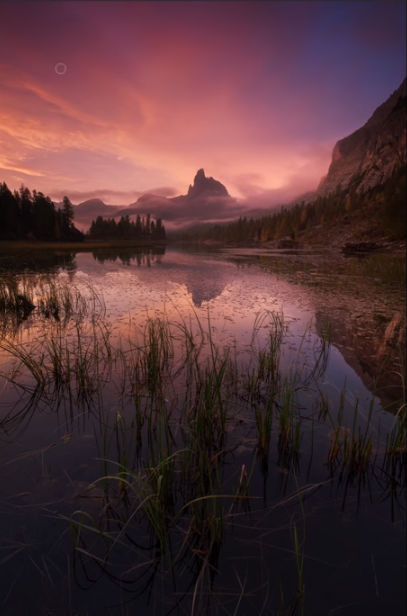 In this example, however, you can see that by moving to the right and eliminating that tree from the frame that a more powerful image results.

Granted, there's a much better sky in this photo, too, but by taking the tree out of the equation, our eyes are freer to be pulled toward the mountain as they should.

And there you have it - six can't-miss landscape photography tips that will help you compose a better shot!