5 Stellar Examples of Landscape Photography That Include People 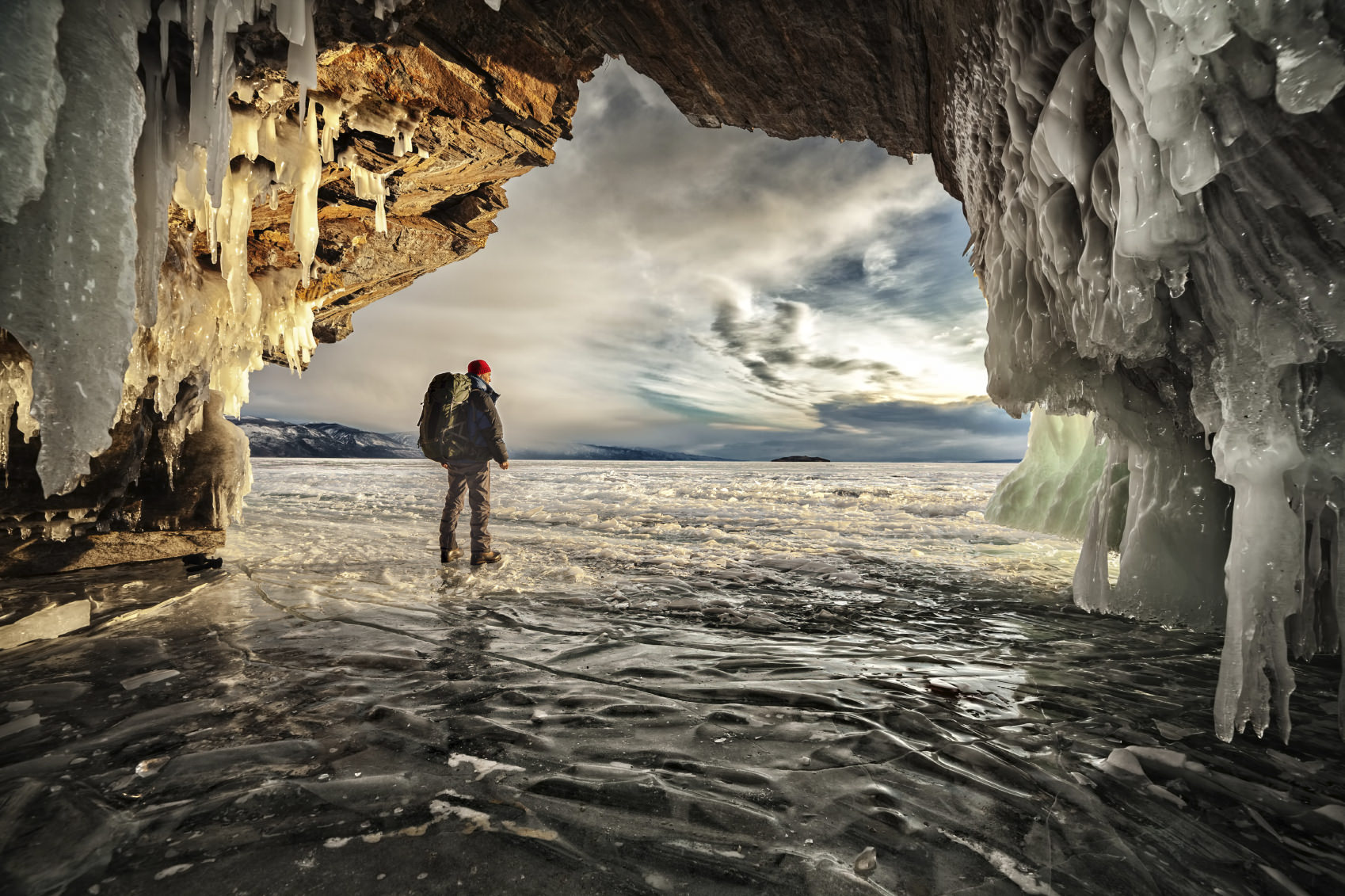 Some landscape photography purists firmly believe that landscapes are the one and only subject that should appear in a landscape photo. In fact, many photographers go out of their way to ensure that people and manmade elements are not in their landscape photos, whether that’s through selective framing, cropping, or simply waiting it out until the crowds have dissipated.

However, if you avoid including humans in your landscapes at all costs, you’re missing out on a real opportunity to create a more impactful image. Humans and the environment are inextricably intertwined, so it seems only right that at least some of the landscapes you photograph have a human element in them.

Let’s have a look at five spectacular examples of how landscapes and human activity can come together for an incredible photograph. 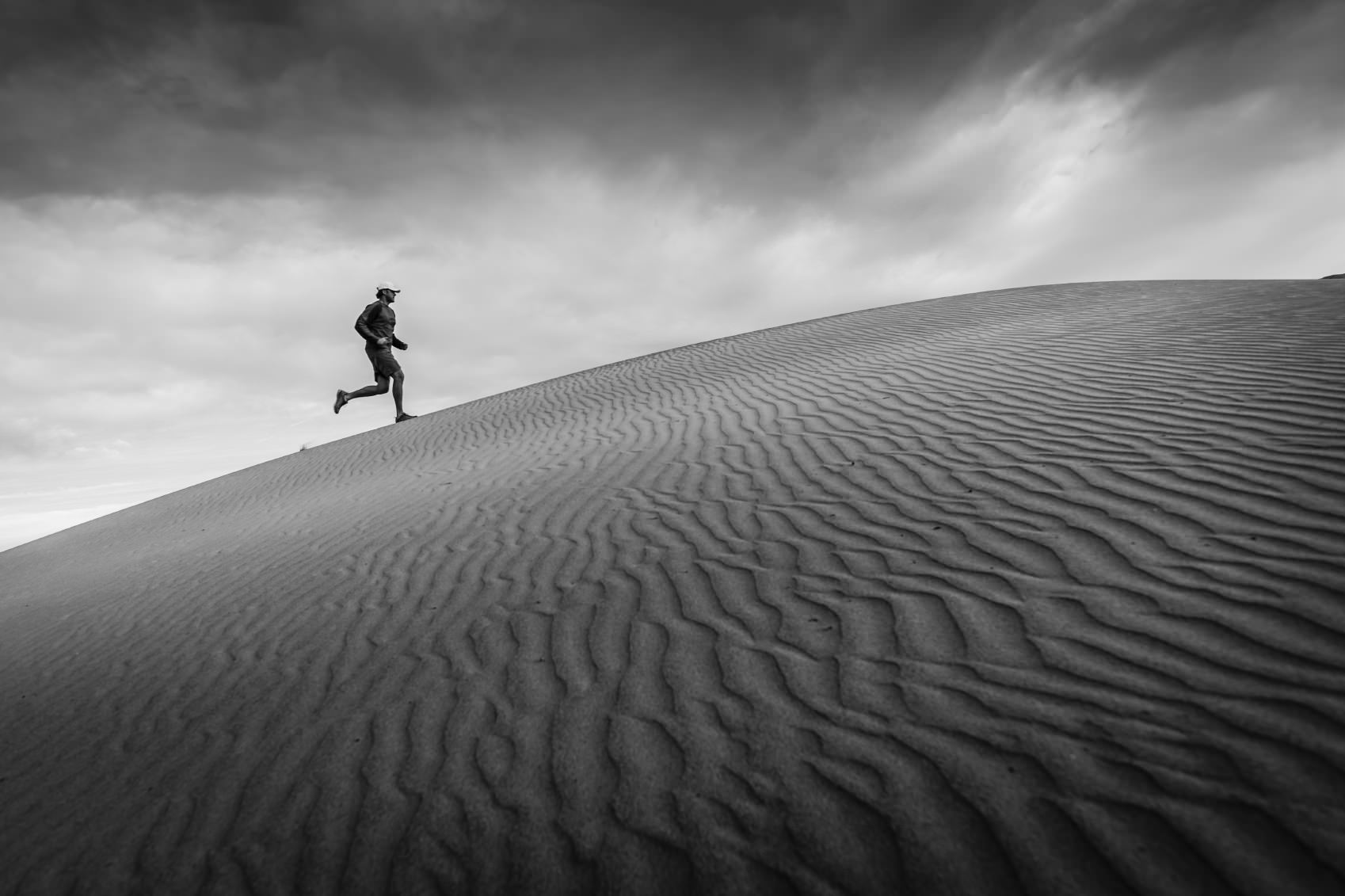 One of the basic elements of a good photograph is the inclusion of a focal point, something to catch the attention of viewers that encourages them to inspect the photo in greater detail.

There are few focal points that are as powerful as the human form. Even if the person in the shot is a relatively tiny spec, their shape will be instantly recognized by viewers, thus generating a strong focal point in the image, even if the person isn’t the primary element in the scene. On the other hand, including a person in a relatively featureless landscape, like the one pictured above, elevates the interest of the shot.

In this case, the ripples in the sand dunes work in harmony with the form of the person to create a dynamic area of interest. The ripples lead the eye upward into the shot, and when the eyes fall upon the runner, they move to the right, in the same direction as the person is running.

Provide a Sense of Scale 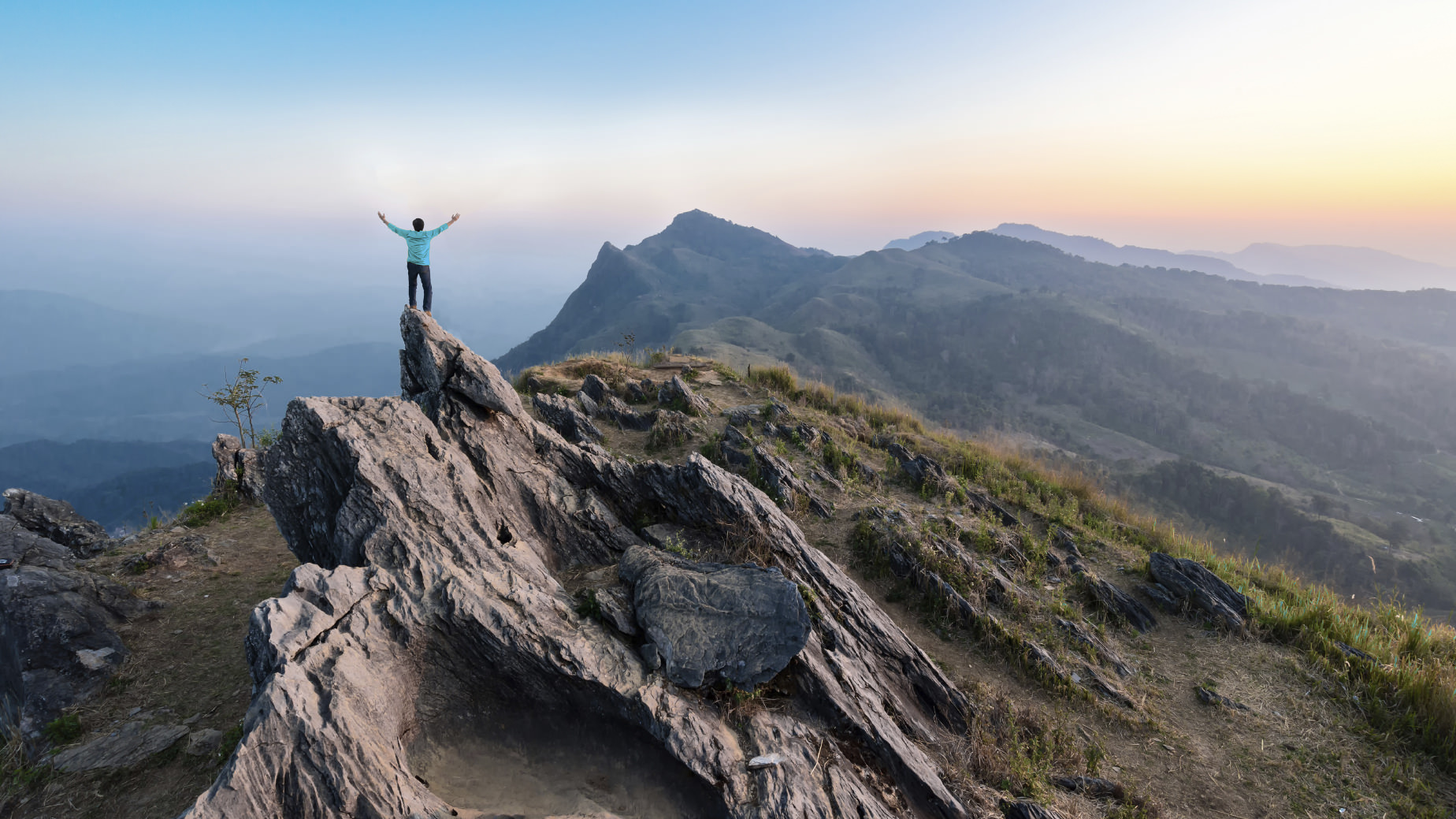 In this image, the inclusion of people performs a very important task - it informs viewers as to the scale of the scene. As is often the case in nature, the actual size of elements like mountains, rivers, waterfalls, trees, and even rocks is difficult to determine, as is their distance from the camera. However, by including people in an image, you give viewers an immediate measuring stick for the surrounding environment because the human body is something that is familiar to view.

So, whether you’re presented with an enormous, wide-open landscape or a very small, macro-sized vignette, try to incorporate a person or a human-made element to give viewers a better sense of the scene. 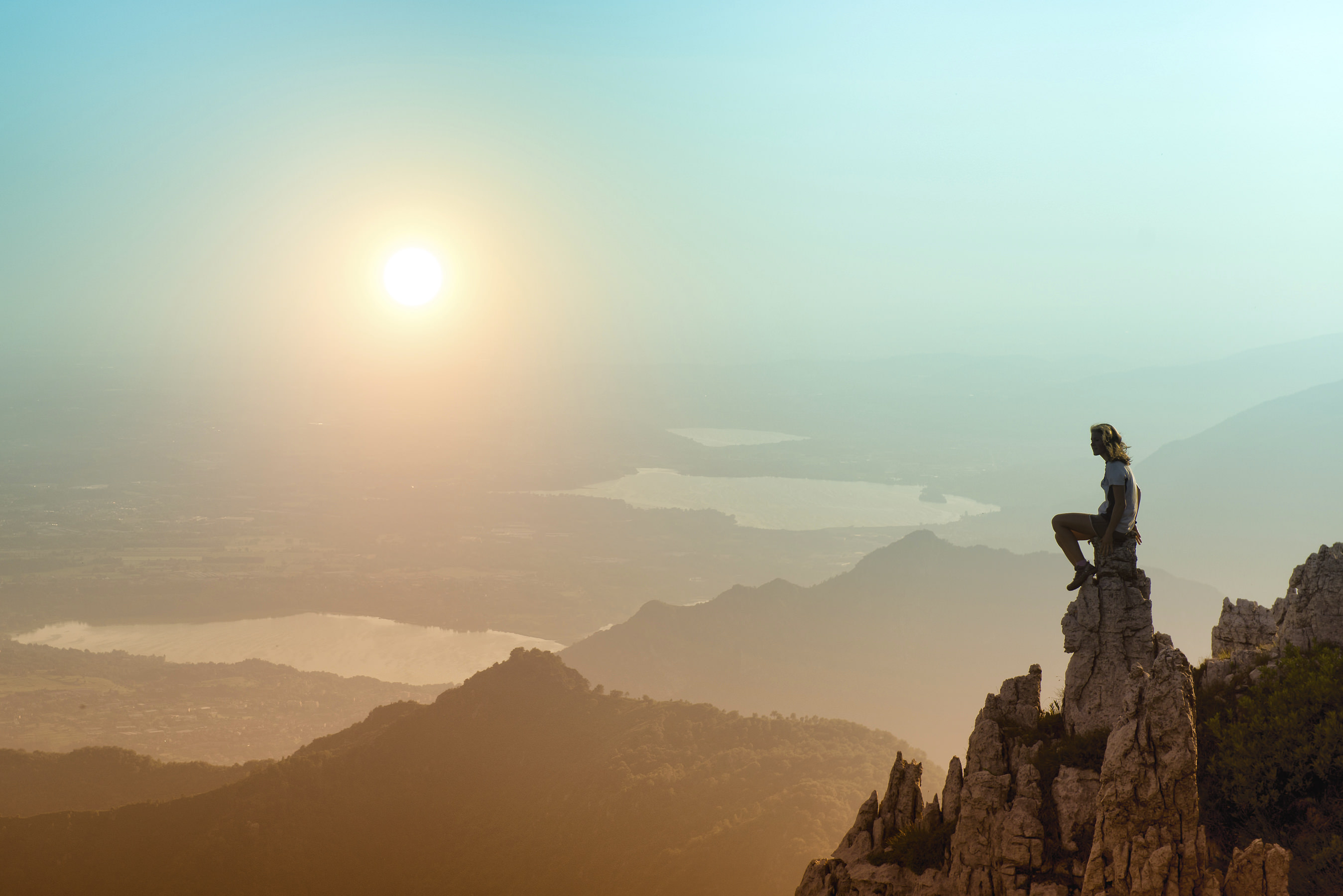 Even spectacular landscapes, like the one pictured above, can be a bit boring to view. But by adding people, you add an instant sense of drama to the shot.

In this case, the precarious perch upon which the girl is sitting adds a feeling of danger to the scene. And, because the woman’s face is somewhat obscured, viewers are able to identify with her, putting themselves in her place looking down on the valley.

This is the power of adding people to landscapes at its very best - if viewers can put themselves into the scene, you’ve accomplished your mission!

When presented with a landscape that includes a lot of negative space, including a person can act as an anchor for the entire scene. In the image above, the woman does just this and serves to fill up some of the expanse of negative space in the photo. As noted earlier, people are excellent focal points, which the woman in this image certainly is.

When using people to fill negative space in a landscape, it’s necessary to shift their positioning to one side of the frame or the other. Essentially, following the rule of thirds will give the image more balance and visual interest. Also have the person look back towards the larger area of the scene, as was done in the image above, which helps viewers explore the image more fully.

Perhaps the best use of people in a landscape image is to facilitate your ability to tell a story. The inclusion of people can add interest, excitement, drama, or emotion. When viewers gaze upon a landscape that includes a person, they engage with the photo in a more meaningful manner because they wonder who the person is, what they are doing, how they got there, and what they will do next.

The image above is a perfect example of this principle. The landscape itself is quite beautiful but without the man in the shot it wouldn’t be nearly as dramatic. The man’s backpack leads one to think that he’s out in this landscape for the long-haul. There is a sense of wonderment in the photo as well, both because of the manner in which the man appears to have exited the ice cave and is scanning the environment before him and because as viewers, we wonder what the next step will be.

This is what photography is all about - telling compelling stories that get viewers interested in and contemplating the image you’ve put in front of them. By including people, this process becomes more enjoyable, and viewers will be able to identify better with what’s going on in the image. From being a focal point to helping tell a story, adding people to your landscapes can have a positive impact on how people view your photos.