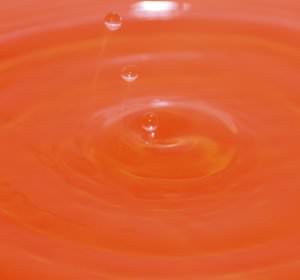 With the warm-weather season quickly approaching (in the Northern Hemisphere), this PhotographyTalk article highlights a number of new underwater photography gear previewed at the 38thannual Beneath The Sea 2012 show during late March.

1.   Backscatter introduced its GoPro Handle, which makes it easier to shoot with the GoPro camera. The lightweight handle is customizable for connection to a tripod or helmet mount. The GoPro Handle is even more versatile with a new filter module. The basic GoPro Handle is only $39.

3.   Many visitors of the show were surprised to see how quickly Nauticam had developed housings for the new Nikon D800 and D4 as well as the Canon EOS 5D Mark III. The Nikon housings are expected to be available by mid-April, with the Canon housing a few weeks later, during early May.

4.   Nauticam also displayed its housing for the Panasonic DMC-GX1. Divers will be able to load the camera quickly with the housing’s slide-in tray.

5.   Sony NEX-7 users were also happy to see that Nauticam is offering an alternative rear section for the mirrorless camera’s housing with a 45-degree viewfinder, so the camera’s OLED screen is easier to view.

6.   Olympus touted its two housing choices for one of the company’s newest PEN cameras, the E-PM1. Focusing is greatly enhanced with the PT-EP06L housing ($799) that has LED lights on the front port. The PT-EP06 housing is priced $200 less, without the LED focus lights.

7.   Ultralight was thinking of the safety of GoPro camera owners when it developed the ULCS Polecam. It allows users to extend the camera, so they can capture amazing shark images without putting their arm in danger. Since it’s made of wood, the Polecam will float. A simple control feature rotates the camera at the end of the pole.

8.   XIT introduced its remote trigger for the SOLA series. Photographers can keep their thumb on the camera tray and still control a Sola 800, 500 or 1200.

9.   It’s evident that XIT is also aware of the growing interest in HDSLR photography, with the release of its Pentamirror viewfinder. Photographers will no longer have to dodge glare and will experience much less neck strain.

11.        During the Beneath the Sea 2012 show, Fantasea showed everyone its housing system for the Nikon P7100 compact camera. The entire system, which includes the camera, housing, sensor-triggered focus light and an exterior wet adapters/filters tray, is available at the special price of $779.95 from B&H Photo Video through April 28, 2012. For all the details, visit http://www.bhphotovideo.com/c/product/840766-REG/Fantasea_Line_FP7100_Housing_with_Nikon.html.