How To Photography: Creating Dimensionality with a Single Flash 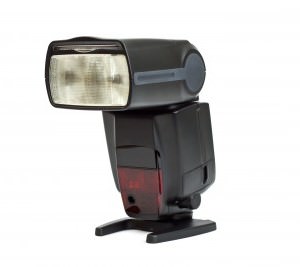 One of the biggest challenges for photographers at many levels is using a single flash light source to give the scene and subjects in a flat image more three-dimensionality. All too often, inexperienced photographers place the flash on or from the camera’s relative position and project the light directly at the subject(s), which causes a very flat look and typically terrible shadows. What the professional knows and is relatively easy for the beginner or hobbyist to learn is how to use a single flash creatively, so it reveals the fullness of a subject, the fact that he, she or it has depth.

With a better understanding of the following concepts and then practicing the accompanying tips, you’ll soon see much improvement in your photography when using a single flash.