How to Avoid Being an Annoying Photographer

Ever have a photog friend who wants to take photos of you all the time? When you have lunch, when you're walking down the street, when you pick your nose. You know the type. Sometimes photographers can get a little obsessed and become annoying to the people around them. To avoid becoming one of these photographers, keep these things in mind:

Don't Get in Someone's Face Without Permission

There's nothing more annoying than when a photographer sticks a camera right in your face without your permission. It invades your private space and makes you feel uncomfortable and self-conscious. If you want to get a close-up photo of someone, ask them first. If they don't give you permission, respect their wish and politely move on. If they do give you permission, be courteous and don't snap 20 shots or take 20 minutes to take one “good” shot. Even though they've given you permission to shoot them, it can still be awkward when they have to stand still for a long period of time while your camera's pointed at them. Have your settings ready, or close to ready, before hand and quickly take a few shot and move on. 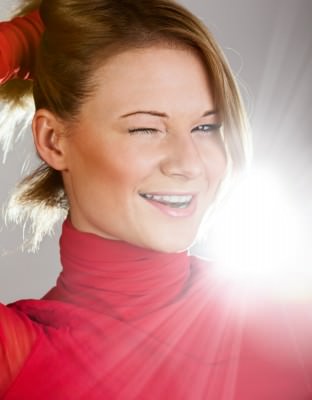 Be Wary When Using Flash

Flash can be very distracting, even if you're not close to your subject. This is particularly the case if you're in a dim setting. If you're inside a venue shooting a band, ceremony, or presentation of some sort, always check with the event coordinators or venue owner to make sure you're allowed to use flash. Some events specifically state no flash photography. If you are allowed to use flash, take certain precautions to make sure you don't distract the audience or subject you're shooting. These include using bounce flash instead of direct flash, using a flash diffuser, and keeping your flash to the minimum useable power output.

You Don't Have to Capture Every Moment

You don't need 500 photos of your friend's pool party, and you don't need 100 photos of your Aunt Margie at your family reunion. Remember that you don't have to take photos of everything. Most people won't mind a photographer walking around taking a few shots. But when one goes around taking photos of everything and everyone at every moment, it can become very annoying. So put the camera down for a few moments and enjoy the people and events around you without taking a photo.

Showing Photos Can Be Just as Annoying As Taking Them

Just because you want to see all the images you captured after a shoot doesn't mean everyone else does. Remember when your grandma would pull out an old photo album and show you photos from when your parents were kids. This is the equivalent of walking up to everyone with your camera's LCD screen on and flipping through every photo as you tell them which ones are your favorite. If you've captured one or two amazing images, perhaps it's okay to show off. Just don't go around bugging everyone with the 50 photos of flowers you just took. Take them home, edit the good ones, and post them online for the people who are interested and want to see your work.