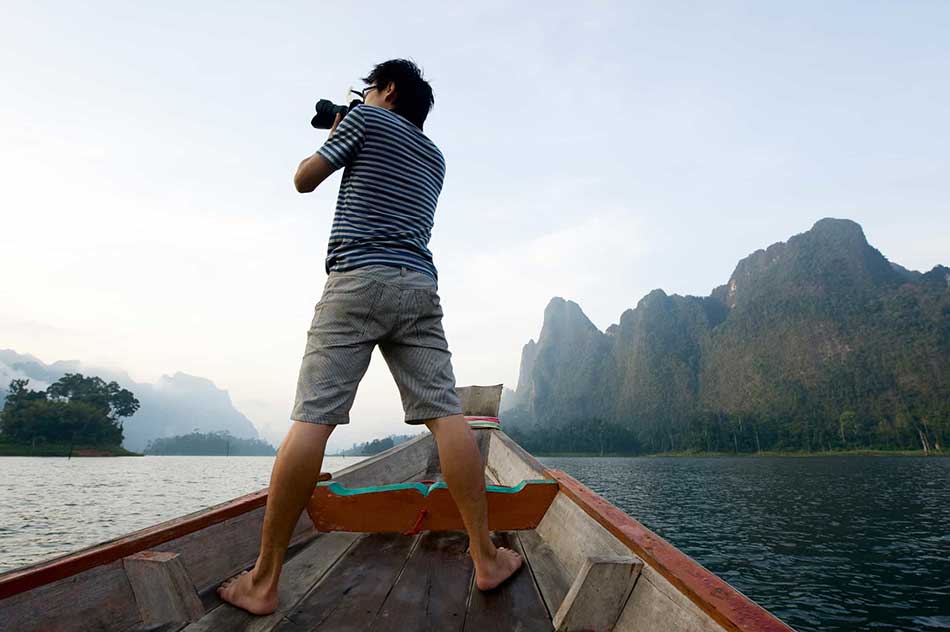 When I started out in photography, I wanted nothing more than a full frame camera.

I didn't understand at the time that it was lenses that I needed to prioritize on my purchase list, but that's a different article for a different time.

The point is that full frame cameras were simply out of my reach from a financial standpoint.

Naturally, the price point that justifies the moniker of "cheap" is in the eye of the beholder, but the EOS 6D was certainly less expensive than most full frames.

Now, Canon has released the Canon 6D Mark II, an even better version that still won't break the bank. 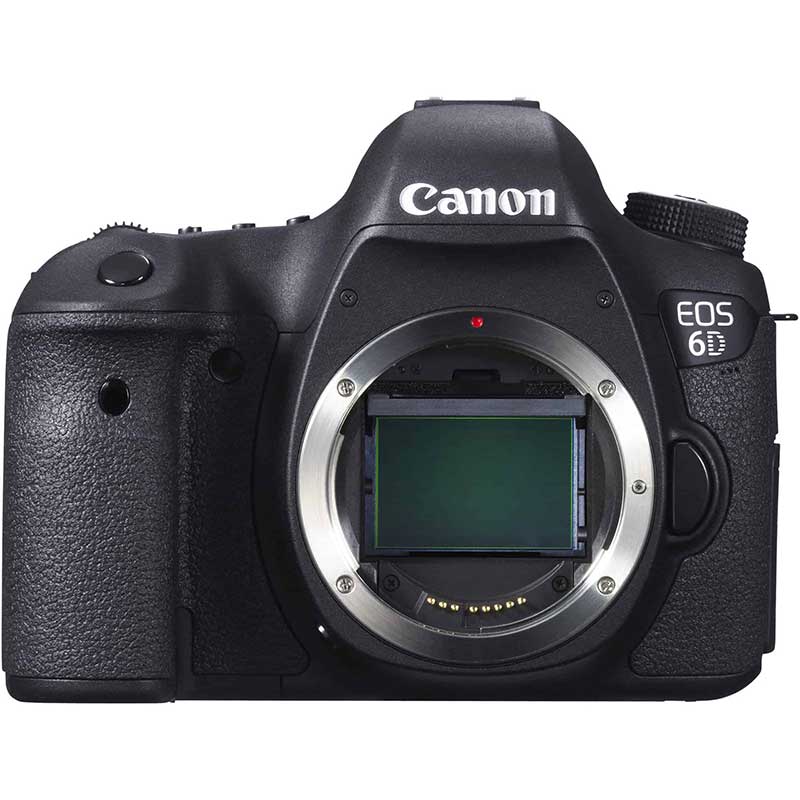 The original EOS 6D debuted way back in 2012 at Photokina to much fanfare.

It was developed as a midrange option nestled between the EOS 5D Mark III and the EOS 7D.

As an entry-level full frame camera, the EOS 6D was outfitted with some of the bells and whistles of the higher-end 5D Mark III, like in-camera HDR, a silent shutter mode, and various exposure modes for JPEGs. 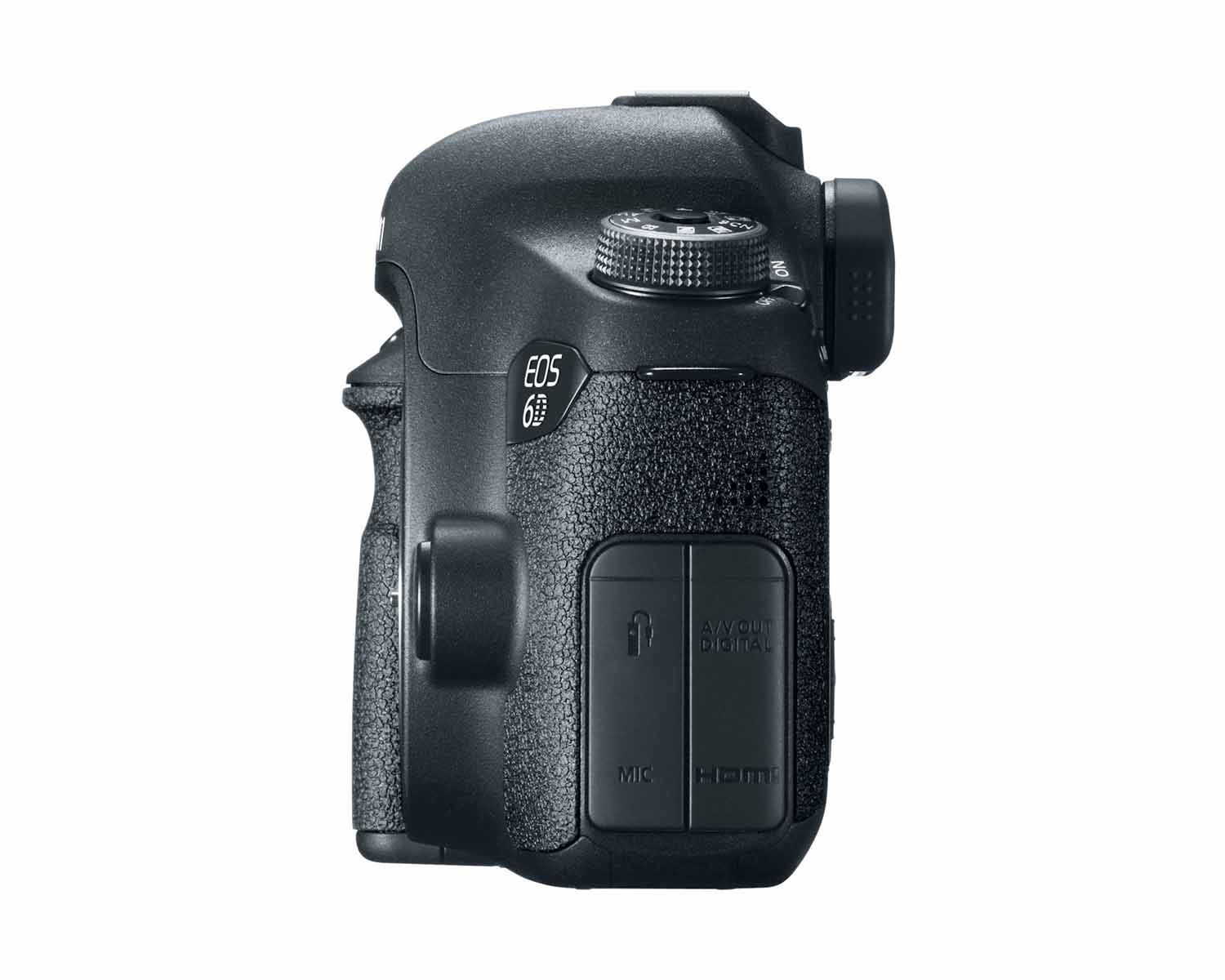 However, the EOS 6D was priced about $1,500 less than the 5D Mark III, placing it closer in price to its crop sensor siblings.

At the time, Canon left out some features that would have been nice, and which appeared on lesser cameras, like the EOS Rebel T4i. This included an articulating touch screen LCD and on-chip phase detection for autofocus in live view.

Nevertheless, the EOS 6D came with GPS and Wi-Fi and had a weather-resistant body as well, great features for a budget full frame camera body. 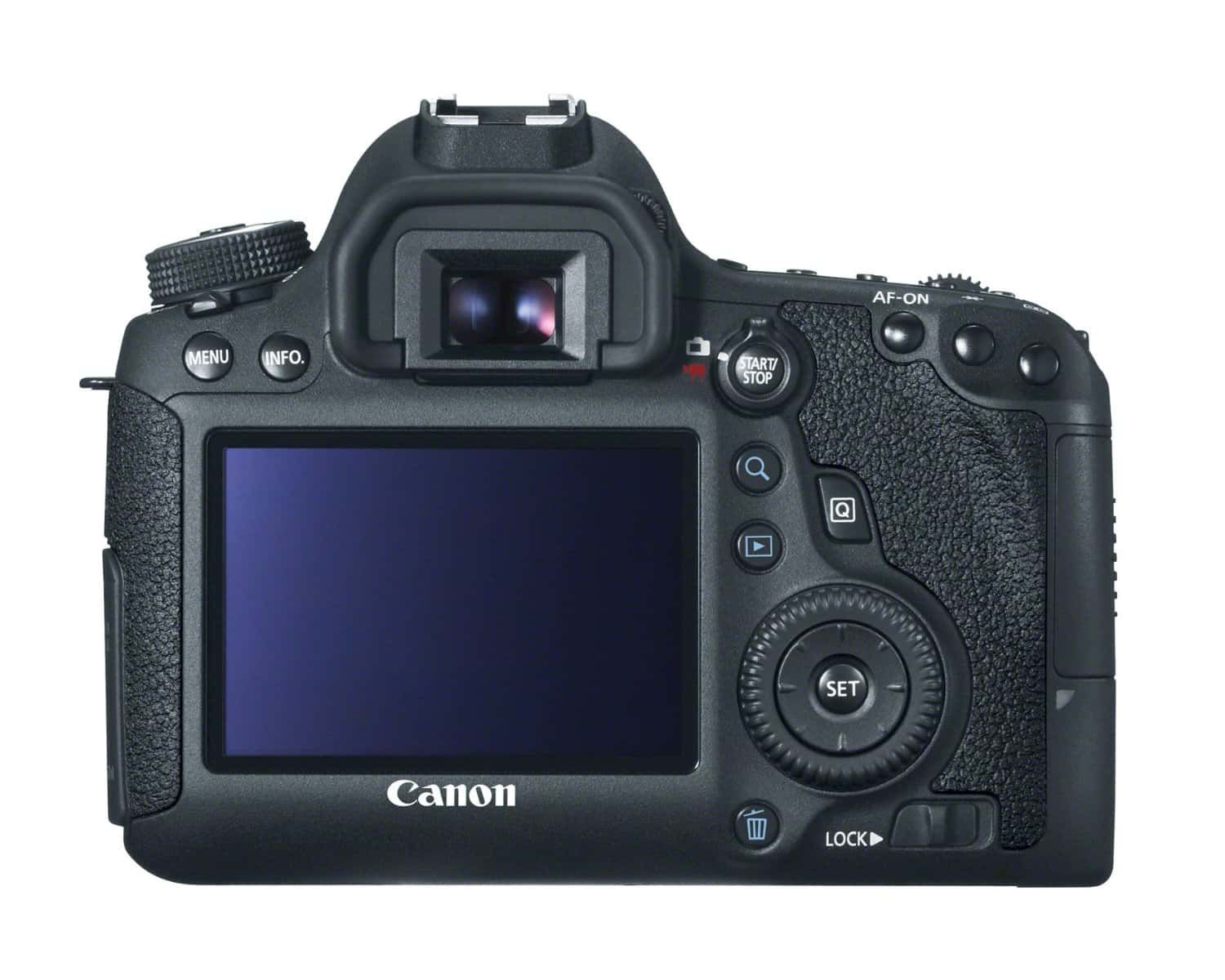 It had decent specs, too:

For a camera that originally cost around $2,000, that's not a bad list of features.

But, the original EOS 6D was getting long in the tooth and an update was sorely needed.

That update dropped just last week in the EOS 6D Mark II, the latest in the long line of Canon EOS cameras. 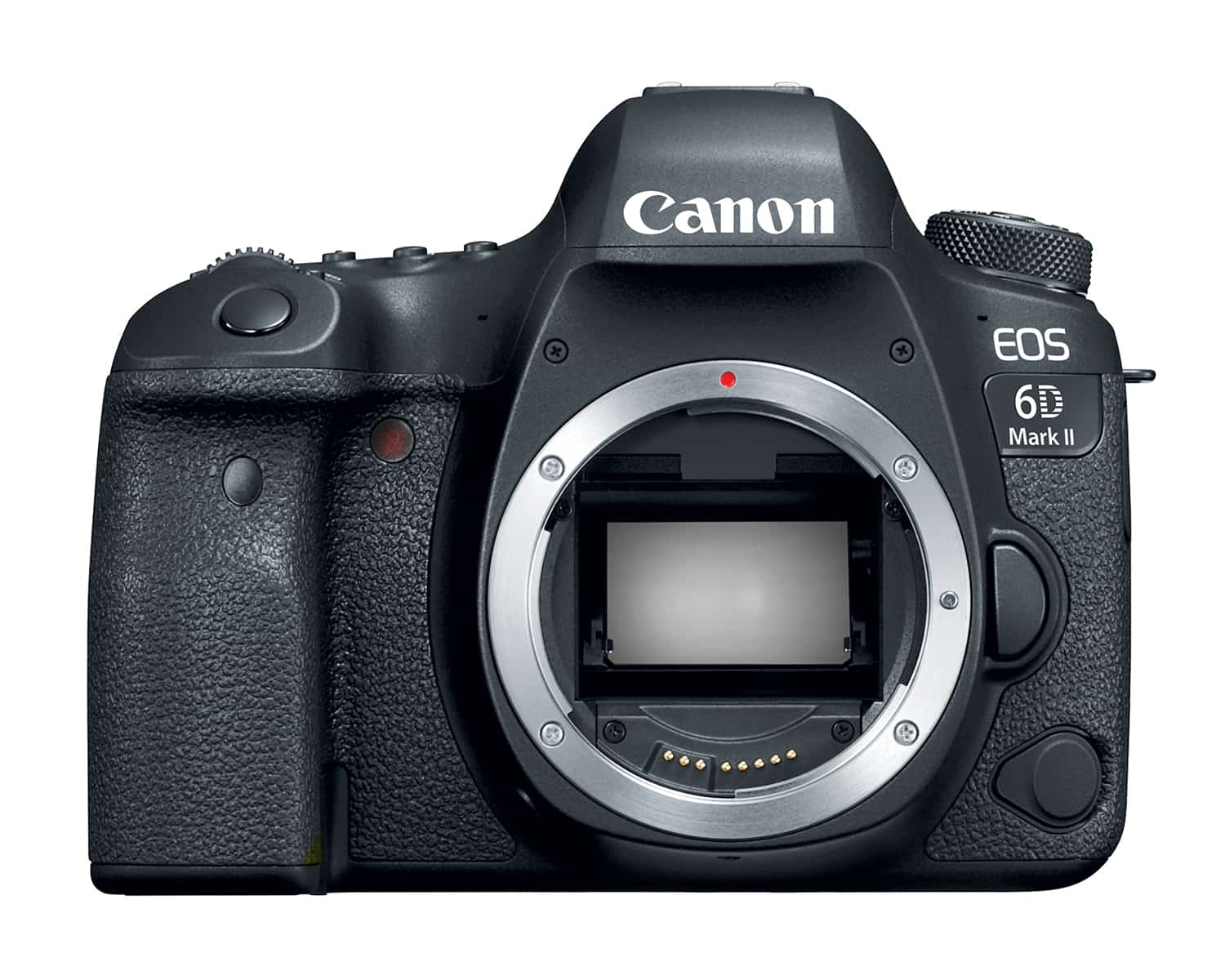 Rumors swirled around the EOS 6D Mark II for quite some time, and now that the real thing is actually here, we know which rumors ended up being legitimate.

Many people figured the EOS 6D Mark II would get a new sensor, and they were right.

Just like the EOS 6D got an all-new sensor, the Mark II sports a brand new 26.2-megapixel full frame sensor.

Canon's thinking with the new sensor is multi-faceted.

On the one hand, the 20.2-megapixel sensor it replaced was showing its age, and a refresh with higher resolution was needed. 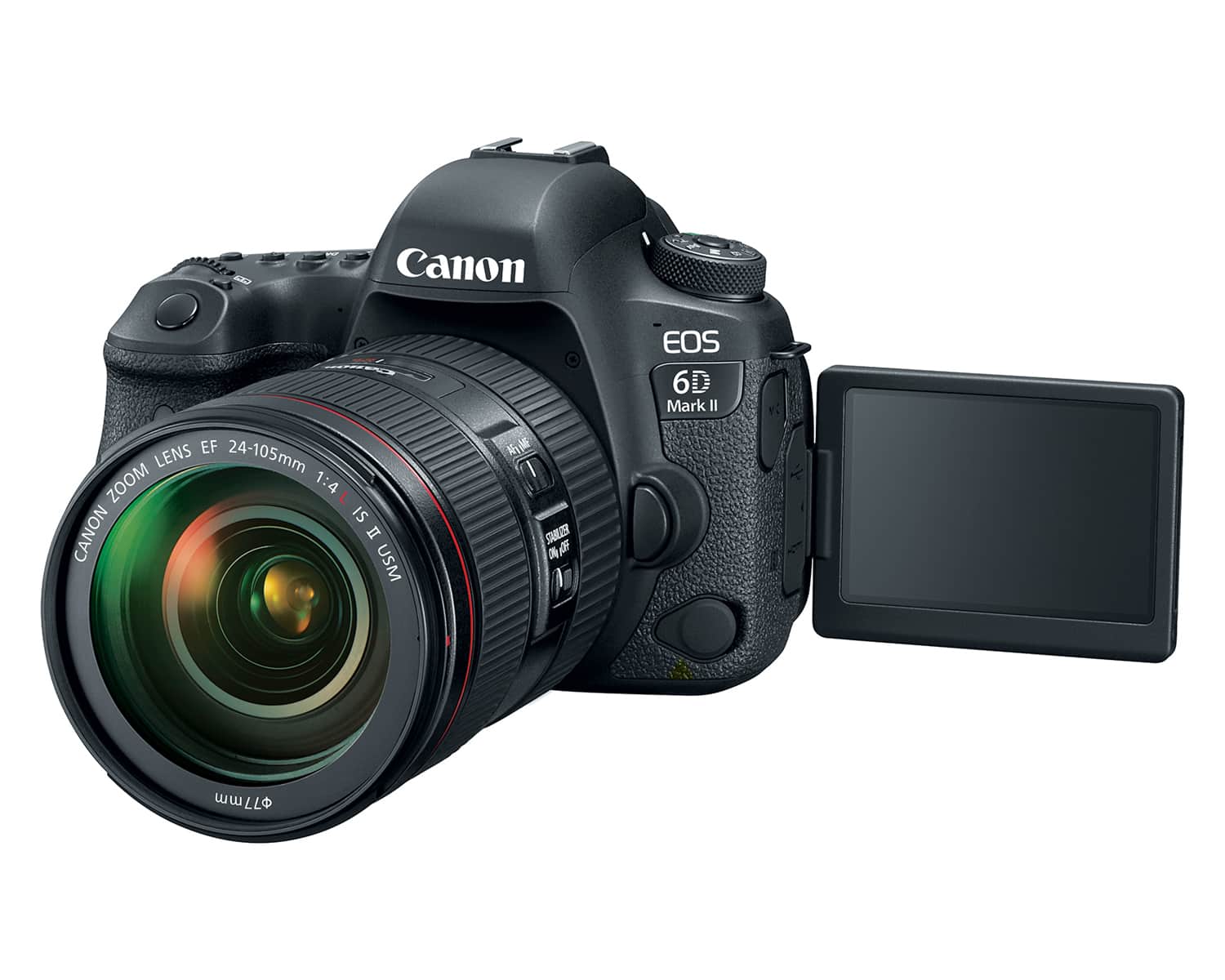 On the other hand, the new sensor allows for a much wider dynamic range.

That means you can get deeper shadows and brighter highlights, all the while having a higher standard ISO that ranges to 40000. The extended ISO still goes to 102400.

Something else Canon incorporated into the EOS 6D Mark II is a new vari-angle touch screen LCD, something Canon shooters sorely wanted.

The LCD is bright, has an excellent touch interface, and greatly improves the functionality and performance of the camera. 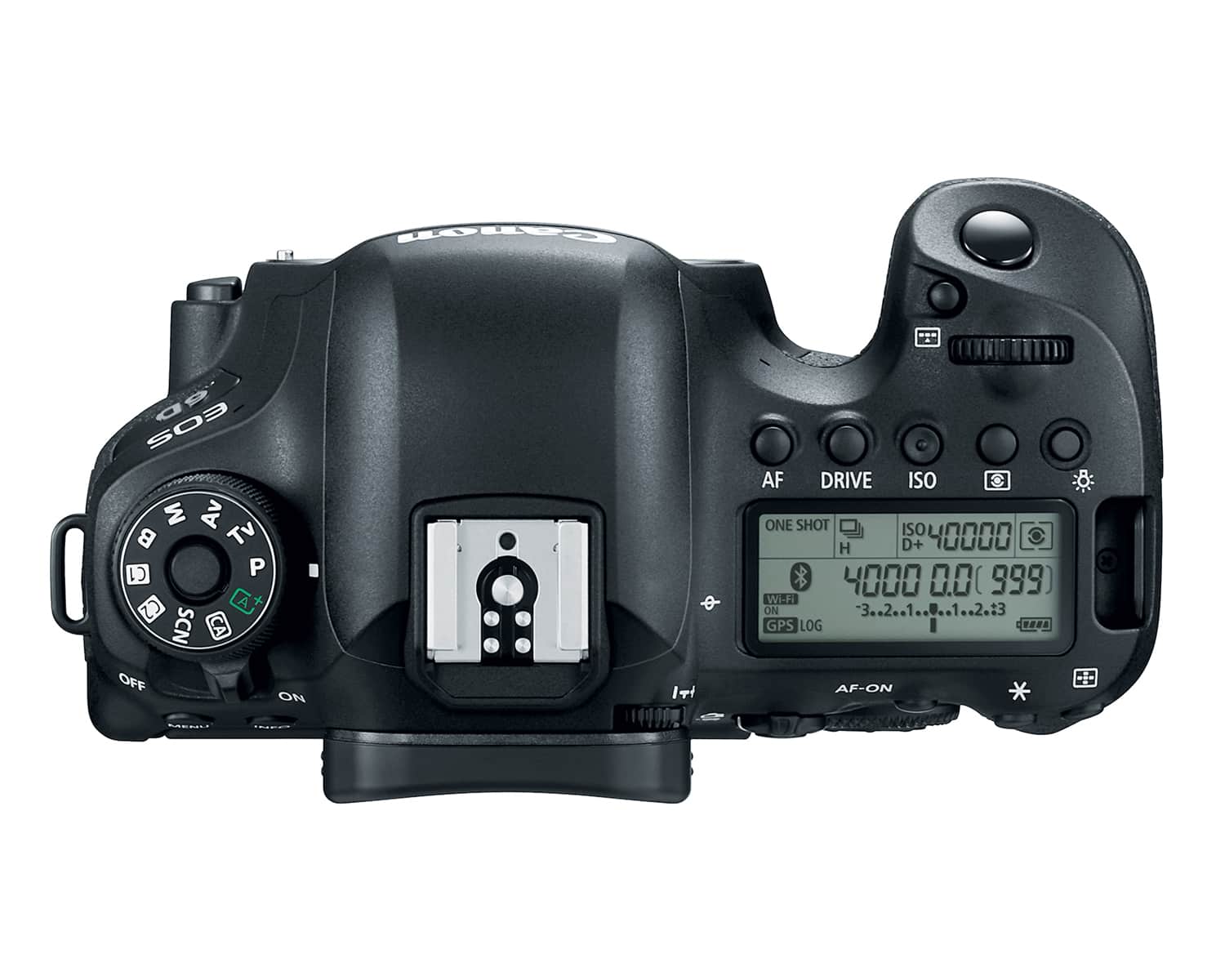 Also upgraded on the Mark II is the image processing engine. 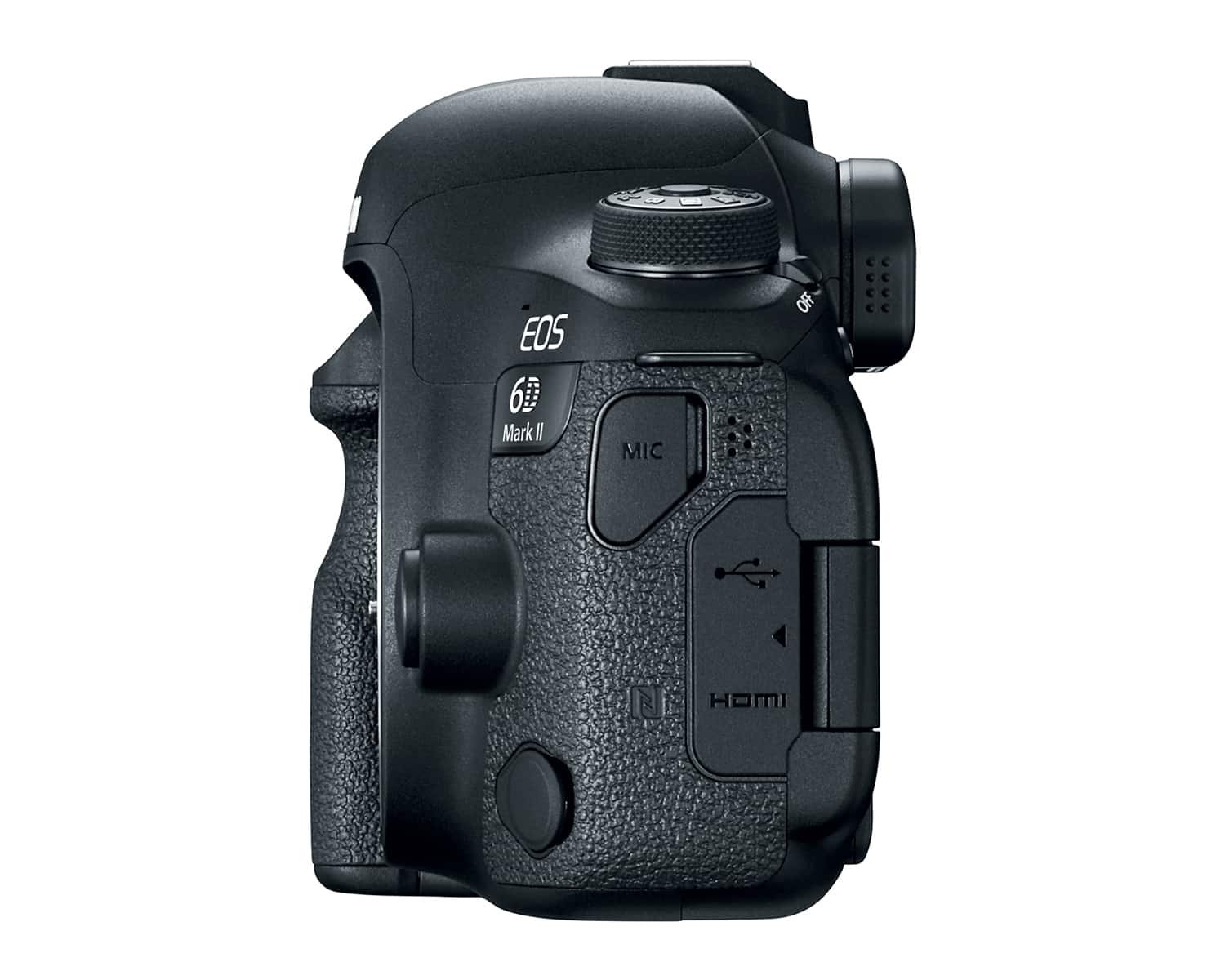 With the beefier processing power, the Mark II is capable of 6.5fps burst shooting (an increase of 2fps). With built-in five-axis image stabilization, that means you can get sharper photos and videos, too.

That endeavor is also helped by a 45-point autofocus system with all cross-type points (just like the one found in the EOS 80D).

Add to that Canon's Dual Pixel CMOS autofocus system, and you have the makings of a camera that can give you top-quality continuous focus when you're shooting still photos in live view or recording video. 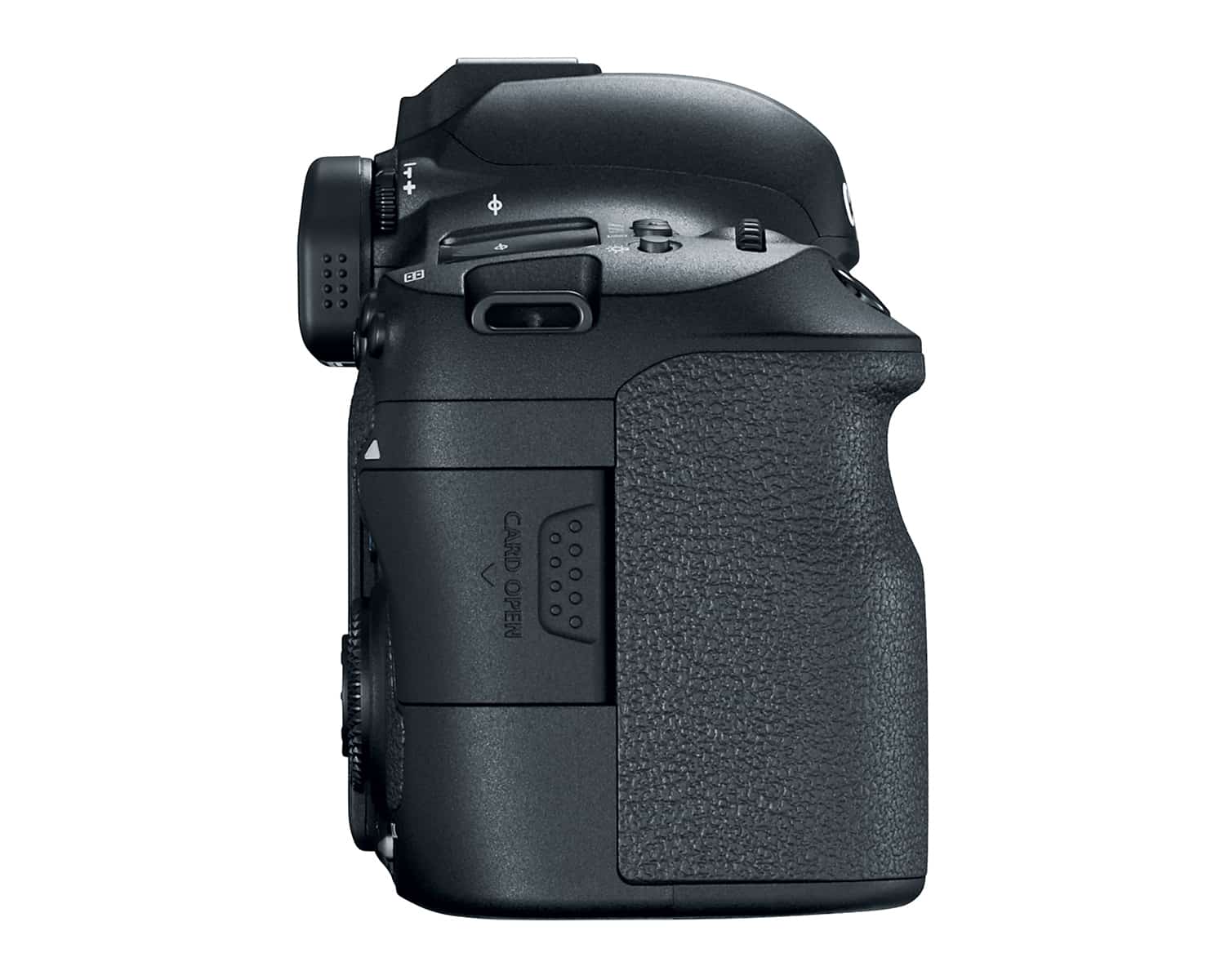 Why Canon put out a camera in 2017 without 4K video is a mystery that has all of the internet in an uproar. The EOS 6D Mark II has a built-in intervalometer and 4K timelapse functionalities, though, which makes the lack of 4K video even more strange.

In its place is full HD video at 60fps, which is an upgrade from the EOS 6D's 30fps HD video.

But perhaps one of the biggest upgrades was behind the scenes in the 6D Mark II's battery life.

Where the original EOS 6D's battery could only muster 670 shots per charge, the 6D Mark II's battery can get you up to 1,200 shots. 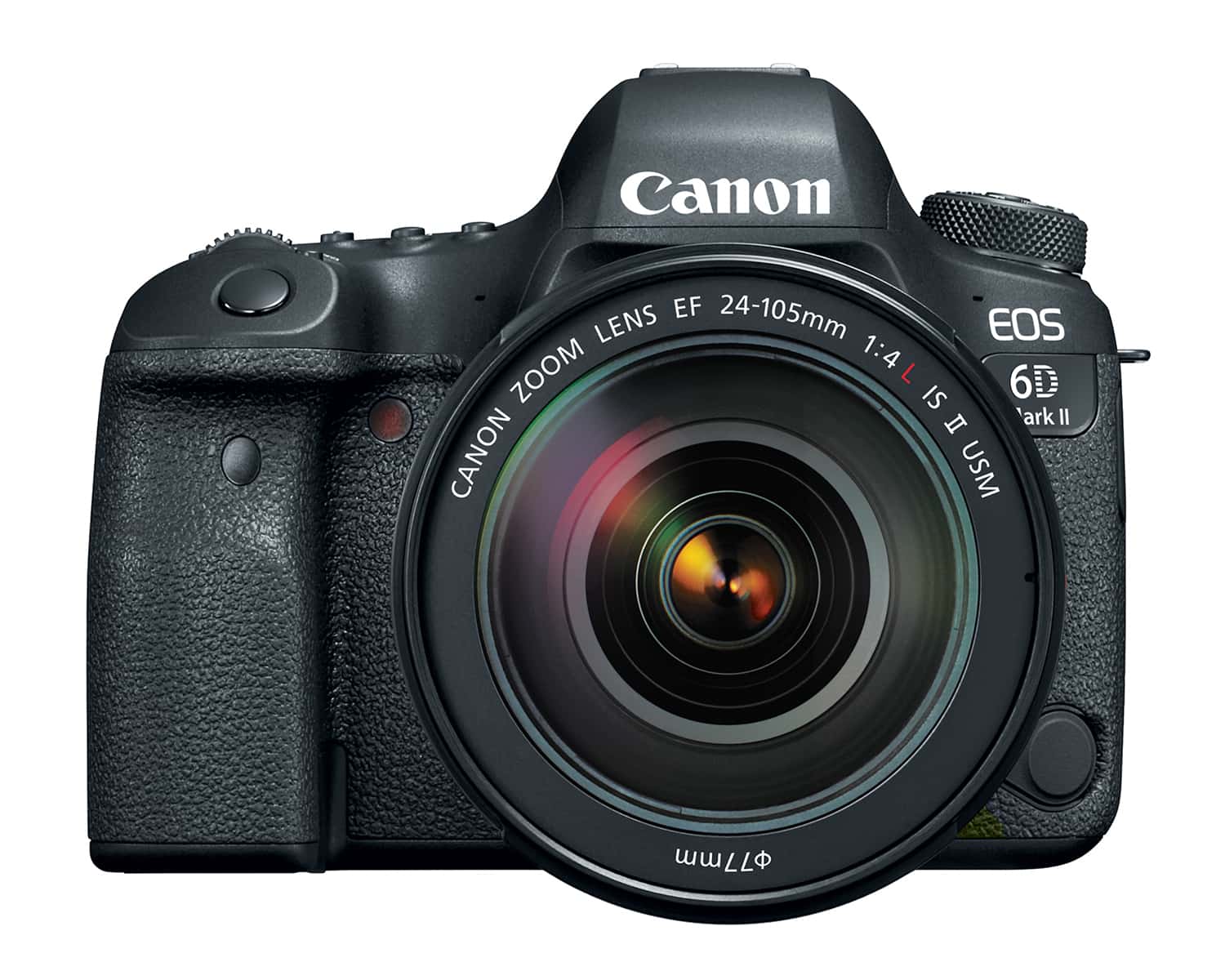 There were some holdovers from the EOS 6D that make an appearance on its predecessor, too.

Wi-Fi and GPS are still built-in but now are joined by NFC and Bluetooth.

The weather-resistant construction is a holdover as well, making the 6D Mark II resistant to dust, water, and other environmental elements.

Canon shooters will approve of many of these upgrades, particularly the improved battery life, new sensor, and vastly improved autofocus system.

As noted earlier, though, the lack of 4K video is completely puzzling.

Nevertheless, the 6D Mark II has made great strides in improving upon the solid offerings of its predecessor.

And now that it's out, you can get even better deals than before on used Canon EOS 6D bodies and accessories!

See the EOS 6D Mark II in action (and get a comparison with the EOS 6D) in the video above from DigiDIRECT.