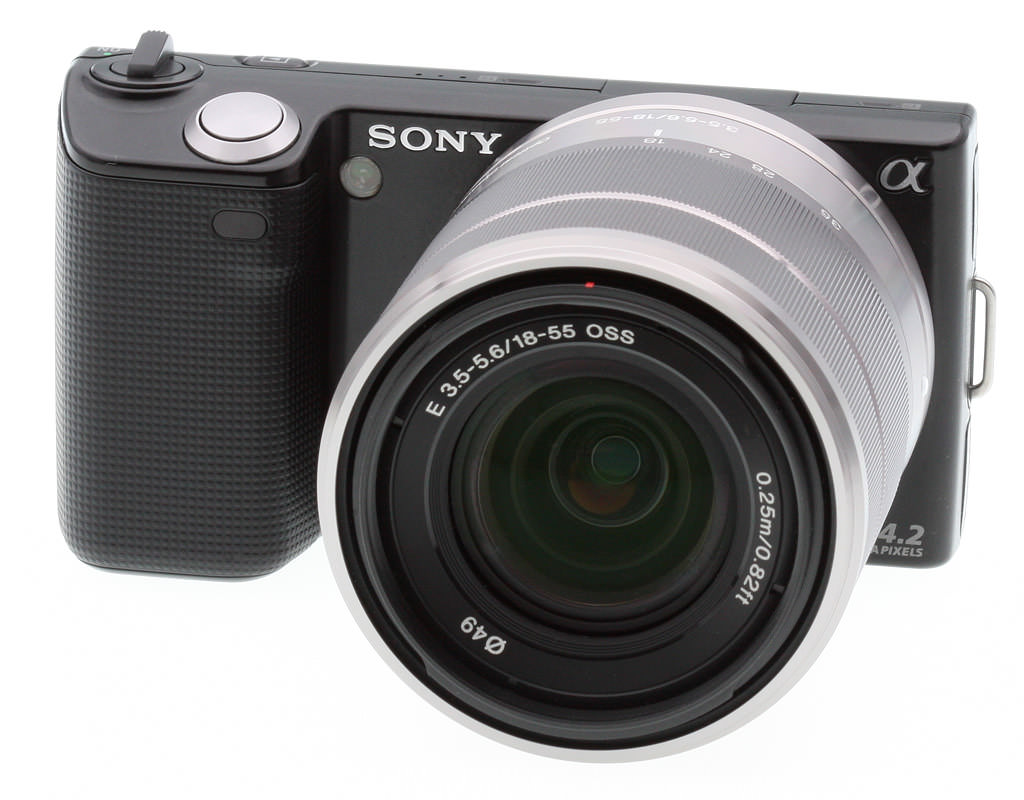 1. The unique market niche that Sony has found or created for its NEX series of digital cameras, including the NEX 5, can certainly be classified as weird, and even initially confusing to consumers.

In most cases, there are rather definite lines of demarcation between compact/point-and-shoot cameras, entry-level DSLRs, mid-level DSLRs and professional-grade DSLRs. Sony decided to give the NEX 5 both compact and DSLR features. Consumers seem, however, not to be as confused as one might think, as the NEX series of cameras are popular and Sony is the #2 camera company in the world.

2. The Sony NEX 5 has the same dimensions of an average compact camera: approximately 4” wide and 2” tall and weighing just 9 ounces. It fits in a pocket when paired with the 16mm f/2.8 “pancake” lens and feels as if you’re carrying nothing at all.

The size becomes an issue; however, as soon as you pair it with a bigger lens, which will make it necessary to carry it around your neck just like a DSLR. If you are planning on buying a camera that accepts interchangeable lenses and you’ll be using telephotos or telephoto zooms, then it would seem to make more sense to purchase a typical DSLR instead.

3. The NEX 5, with its all-metal body, shares the solid and durable construction of the better DSLRs.

4. LCD Screen: Covering most of the camera’s back, the three-inch screen tilts and provides high-resolution views. The NEX 5 may not have an optical viewfinder, but many photographers will find the LCD screen more than adequate.

5. Image quality: The NEX 5 produces nothing short of spectacularly sharp images (with an excellent lens), given its 14MP APS-C sensor, with which most DSLRs are equipped.

7. Lens Weirdness: Many lenses are interchangeable on the NEX 5 because of all the lens adapters in the market. The camera will accept Sony’s larger A-Mount DSLR lenses and, with the right adapter, lenses from Canon, Nikon, Leica and other manufacturers. Be aware, however, that most of these third-party adapters allow only manual focus.

Despite the various lens adapters, there are only three Sony-brand lenses that can be attached to the NEX 5: The aforementioned “pancake,” 18–55mm zoom and an 18–200mm f/3.5–6.3 zoom. This is due to NEX 5 being designed with a new lens mount, designated as “E.” No doubt, Sony will expand the series of lenses for the NEX 5, but most of the other DSLR manufacturers (Canon, Nikon, Pentax, Olympus, Panasonic, etc.) already have broad and mature lines of lenses.

8. Fewer controls: To give the NEX 5 a small, compact look and footprint, Sony found it necessary to reduced the number of assigned controls, such as ISO, white balance, focus area, etc. You can designate two of these missing controls to the two custom buttons, using the latest firmware; but two is not enough.

10. The Sony NEX 5 is clearly in an unusual niche, considering that some of its positive features are also negatives. At its price point and with its limitations, it’s difficult to choose it over a fully-load DSLR. It may not be the best buy as your only camera. It would seem to be better suited as a second camera that is easier to carry and shoot than a standard-size DSLR, but one that also gives you comparable picture quality.