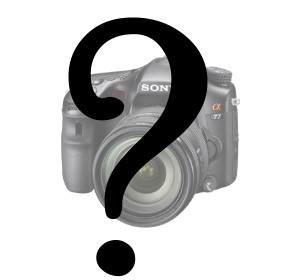 Sony is one of the most well-known consumer electronics brands around the globe, and it appears to be doing an excellent job competing with Canon and Nikon in the digital photography market.

According to 2011 statistics, Canon is the world’s largest camera manufacturer with 19% of the market. Sony is second with 17.9% and Nikon third with 16.9%. For just that portion of the market for cameras with interchangeable lenses, or single-lens-reflex cameras, Canon dominates with 44.5%, with Nikon at 29.8% and Sony, 11.9%.

Sony has developed a number of interesting strategies recently to increase its market share. First, its first quarter 2012 financial report reported a “…significant increase in sales of interchangeable single lens cameras…” If such is the case, then Sony can thank equipment reviewers and consumers with making the company’s NEX series of mirrorless cameras very popular. With Nikon and Canon only recently entering the interchangeable lens market, Sony is trying to solidify a leading position with the introduction of a new NEX-5R and NEX-6 models rumored for September, and three new lenses.

Sony’s second strategy is to compete directly with Canon and Nikon in the full-frame market that they consider theirs, exclusively. Sony’s newest warrior will be the A99, which has been in the rumor mills since early 2012. Reports during the summer seem to indicate an official fall release. What will make the A99 such a significant step forward for Sony is that it has carefully designed the camera to be a system for shooting high quality stills and professional quality video.

Sony went to the marketplace and talked with enough photographers to learn that the pros are finally realizing they must evolve into multimedia creators with stills and video. To that end, Sony supposedly has created this new full-frame model to be easily recognized as a major improvement over the A77, which was received very positively as a high-performance DSLR.

Evidence of Sony’s “system” approach for the A99 comes in additional rumors that the company will release a new flash unit, the HVL60, with the new full-frame camera. Reportedly, it will have a continuous LED light, which is what video shooters need. The new hot shoe will accept both ISO flashes and IAS video accessories.

A reliable Asian source has provided additional possible specs for the Sony A99. A 24MP sensor has been reported throughout 2012, but this latest information suggests the camera will have 2 separate card slots with the option of designating one for RAW and the other for JPEG or still photos and video. Apparently, the A99 will have 102 focus points, more than 40 of them can be selected as single focus points.

If, as reported, Sony wants the A99 to beat the Canon 5D Mark II and Mark III head to head, then professional photographers, especially those moving into serious video, should give the A99 full-frame DSLR a careful look when it is available. That exact date and the retail price have not been revealed, but you can count on PhotographyTalk to bring you that information as soon as it is available.