10 Things You Need to Know About Prime Lenses 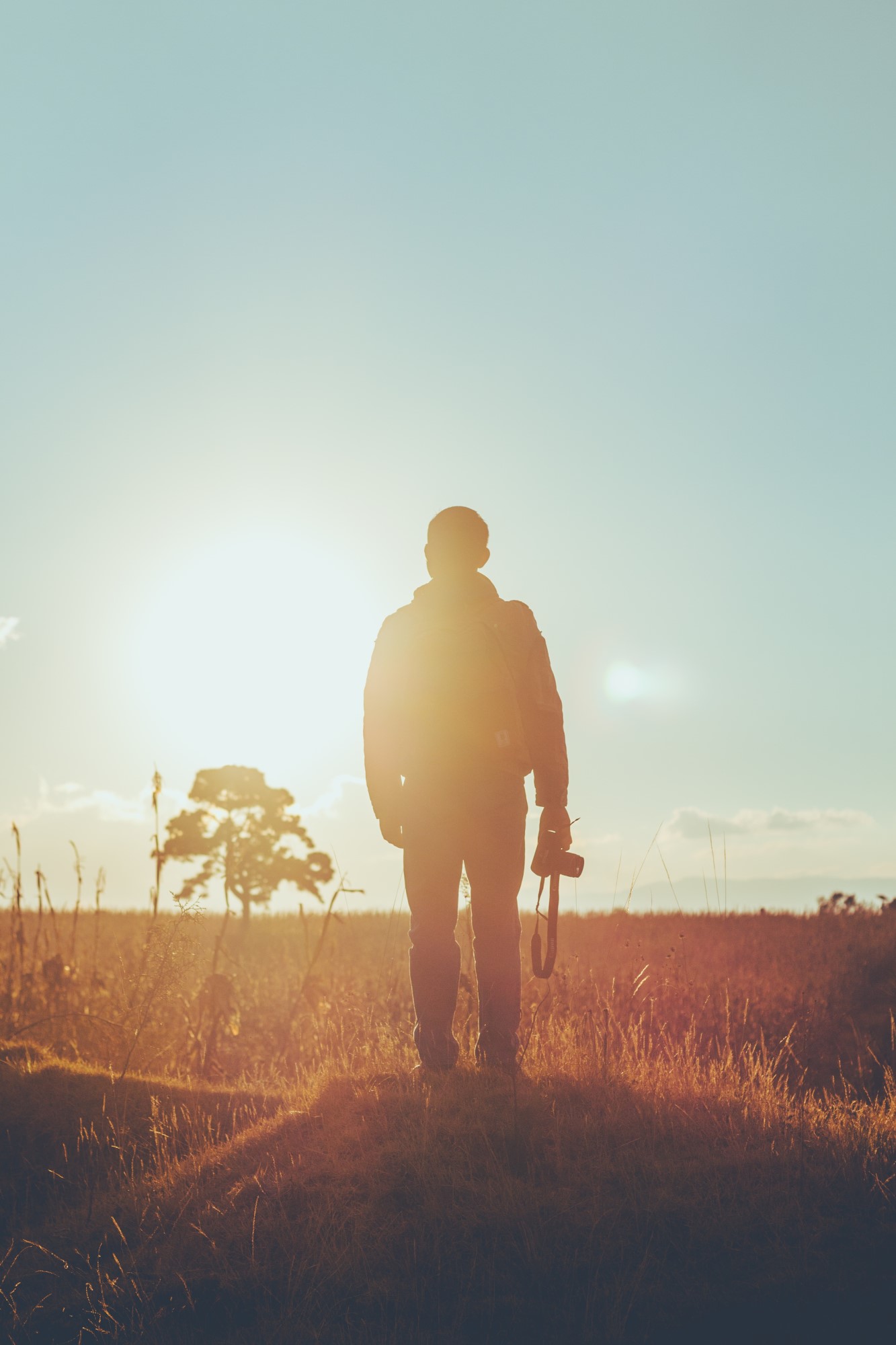 Photo by Diego PH on Unsplash

While some people give prime lenses the cold shoulder because they don’t offer the focal length versatility of a zoom lens, others, like me, hold prime lenses in high regard.

In fact, there are a lot of reasons why a prime lens is a great addition to your camera bag - more so than a zoom in many cases.

What are Prime Lenses? 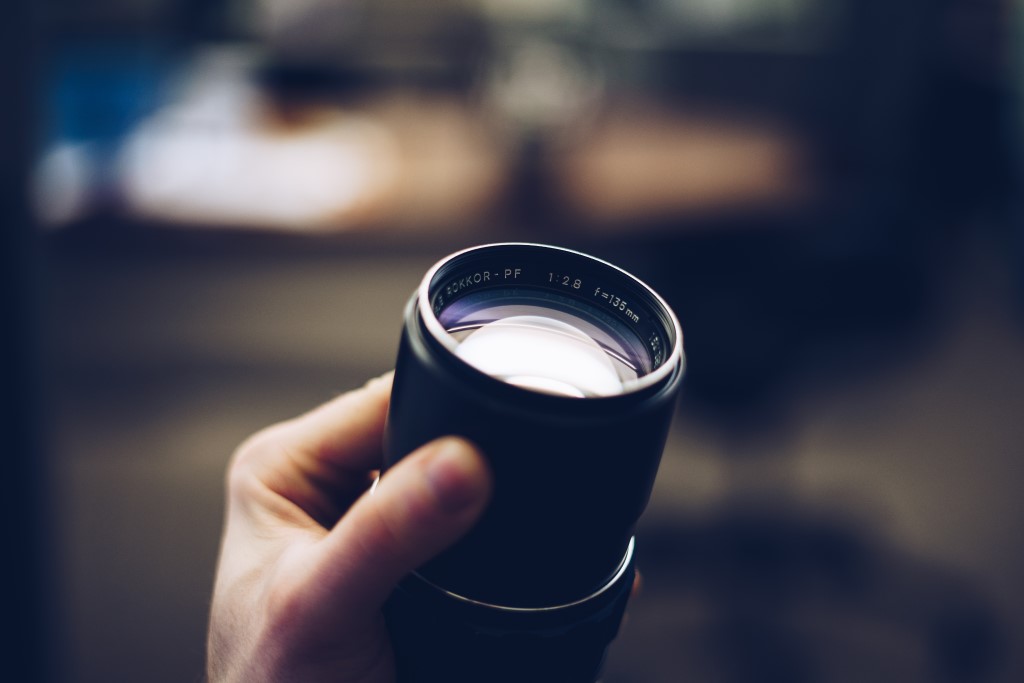 Let’s go over a few things you need to know about prime lenses.

First, let’s explore what prime lenses are and how they work.

Unlike a zoom lens, a prime lens has a fixed focal length. Common focal lengths include 24mm, 35mm, 50mm, and 85mm, though there are many other variations, like the 135mm prime pictured above. 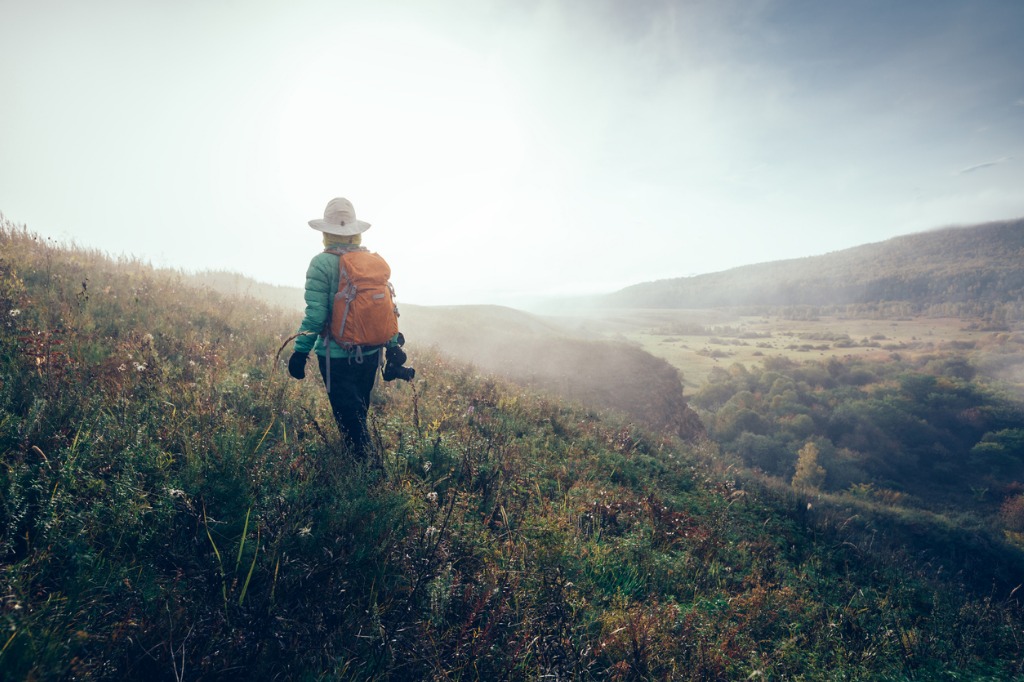 I say “stuck” because you obviously can’t change the focal length with a flick of your wrist like you can with a zoom lens.

However, as I’ll hit on later, many photographers actually consider this to be an advantage because it forces you to “zoom with your feet.”

How do Prime Lenses Work?

I’m no physicist, so I’ll leave the experts at CanonAsia to explain how camera lenses work in the video above.

What I can tell you is this - prime lenses and zoom lenses work the same way in terms of the physics of light.

The difference, of course, is that in a prime lens, the lens elements - the glass - do not move as they do in a zoom lens.

Because prime lenses do not have moving elements, they benefit from a number of advantages, not the least of which is improved optical performance.

Below, I offer an overview of this and other advantages of prime lenses. 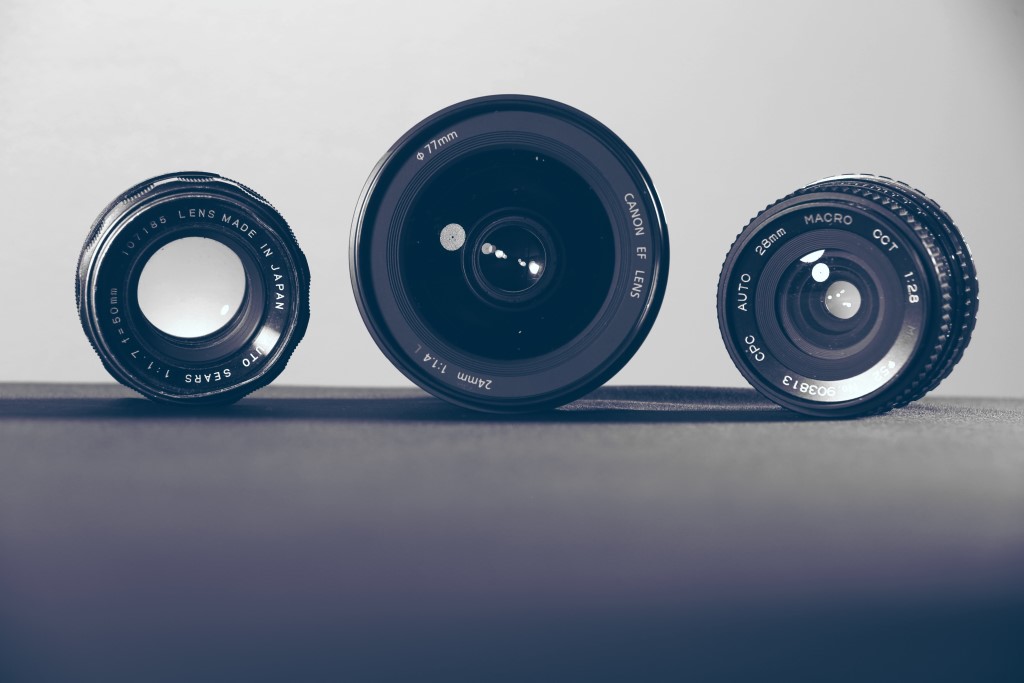 Photo by Evan Wise on Unsplash

Thanks to fewer pieces and parts inside the lens, many prime lenses are much smaller than their zoom counterparts.

Not only does this mean a smaller form factor, but prime lenses are often much lighter than zoom lenses as well.

This makes prime lenses a top choice for photography pursuits that require you to be able to move fast and light, like travel photography or street photography.

Now, some prime lenses - like high-end professional models - can be quite heavy because of higher-quality optics and weather-resistant build quality. But by and large, most prime lenses are small, compact, and lightweight. 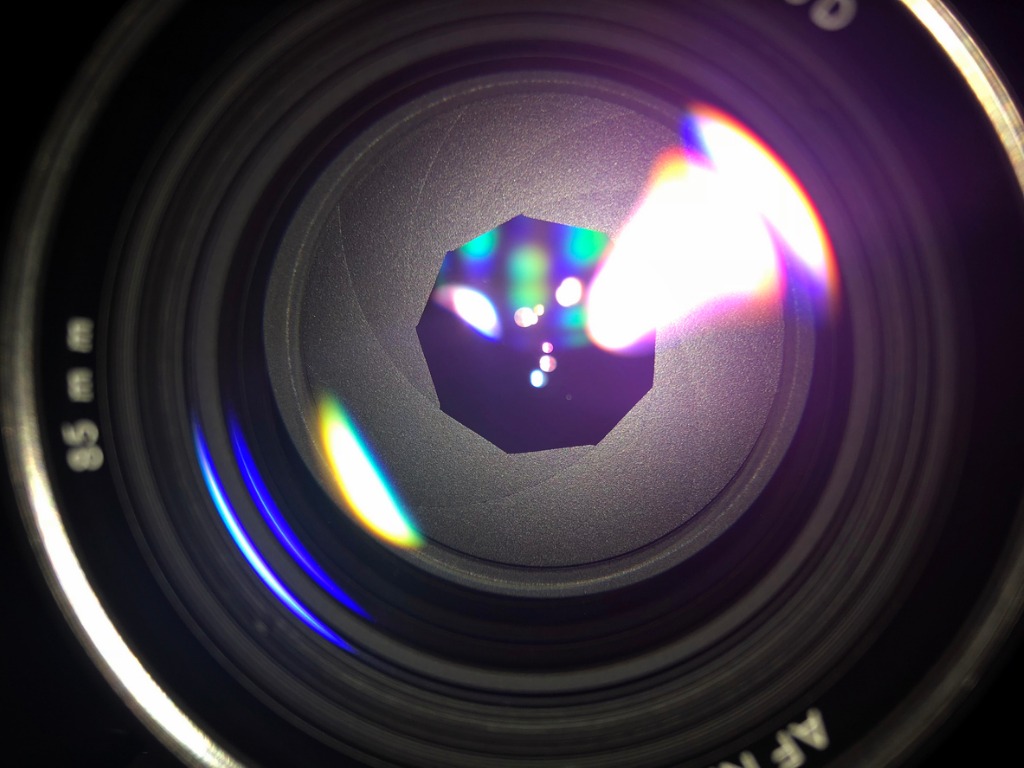 It’s not uncommon to find zoom lenses that have an aperture range from f/3.5-f/5.6. But with prime lenses, you can find options with an aperture as wide as f/1.2.

All that extra light-gathering capability means prime lenses are better-suited to low-light photography.

A large aperture opening means you don’t have to rely as much on boosting the ISO or slowing down the shutter speed, which results in cleaner shots with less noise and a reduced incidence of camera shake due to a slow shutter.

Prime Lenses Can Be Found on the Cheap 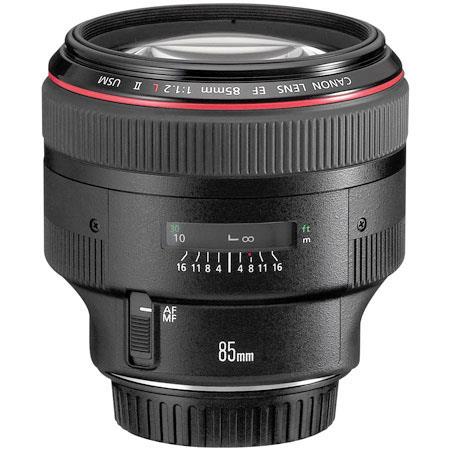 Professional-grade prime lenses can be extremely expensive. For example, the Canon EF 85mm f/1.2L II USM shown above is a cool $1,849.00.

However, many other options are quite budget-friendly. 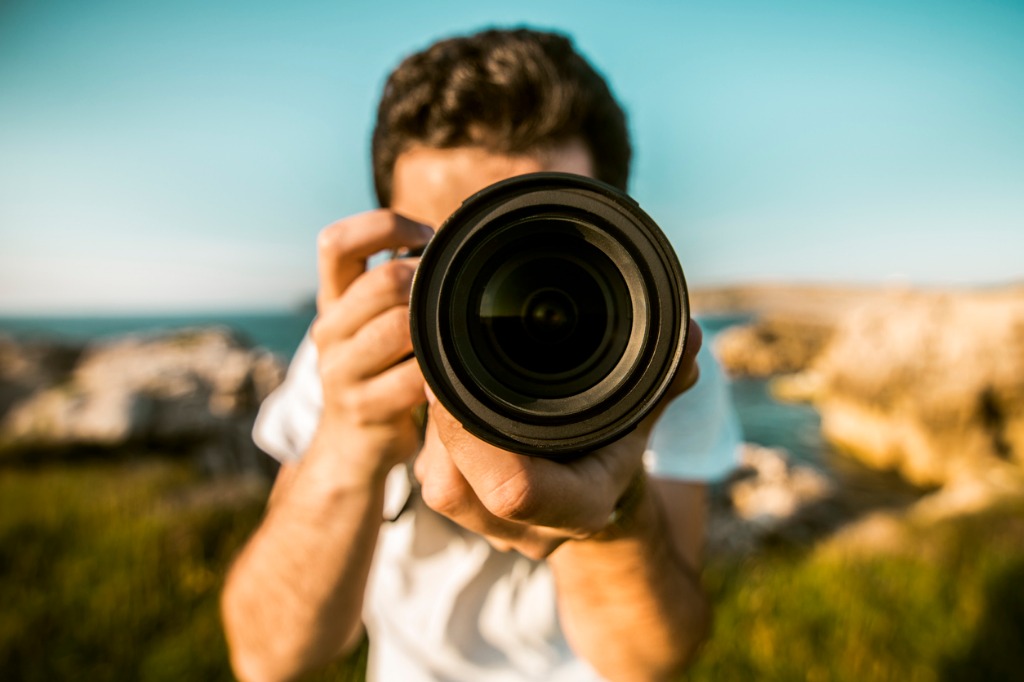 One of the advantages of prime lenses is that they are typically sharper than their zoom counterparts.

This makes sense because prime lenses have fewer elements and moving parts inside, so there’s less stuff for light to travel through.

Naturally, there’s a difference in sharpness from one prime lens to the next, but you can expect a prime lens of any focal length to outperform a zoom lens when it comes to sharpness. 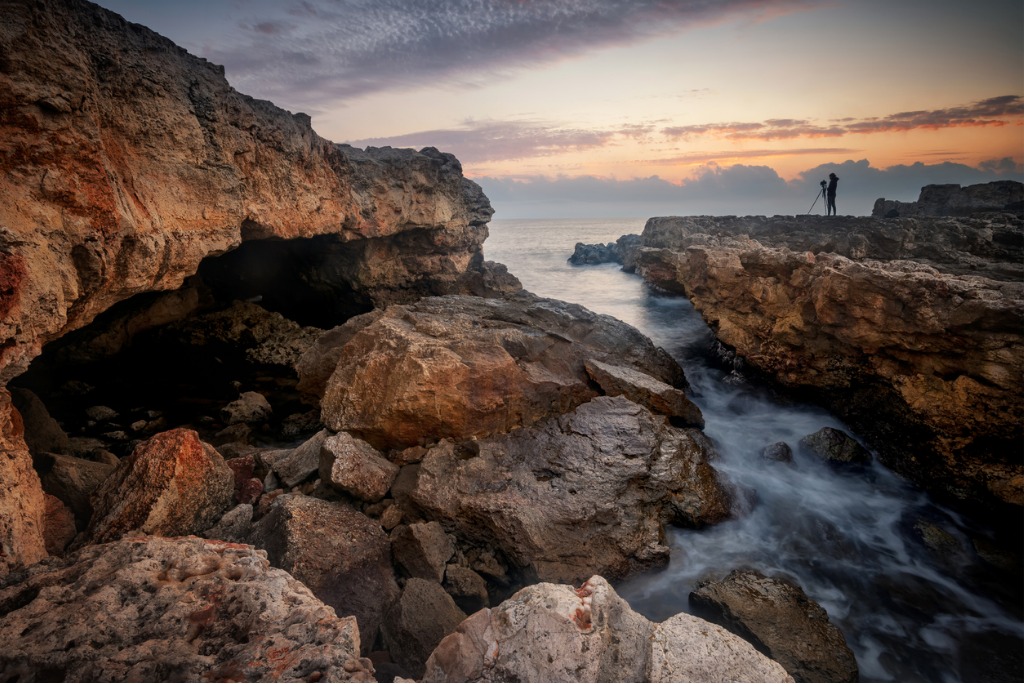 photo by jk78 via iStock

Aside from being sharp, prime lenses typically get you better results than zoom lenses in several important image quality areas.

For starters, prime lenses create less distortion than zooms. Distortion makes straight lines appear to bend, and it usually occurs in one of two ways:

While all lenses create these kinds of distortions to some degree, prime lenses do a better job of limiting it than zooms. 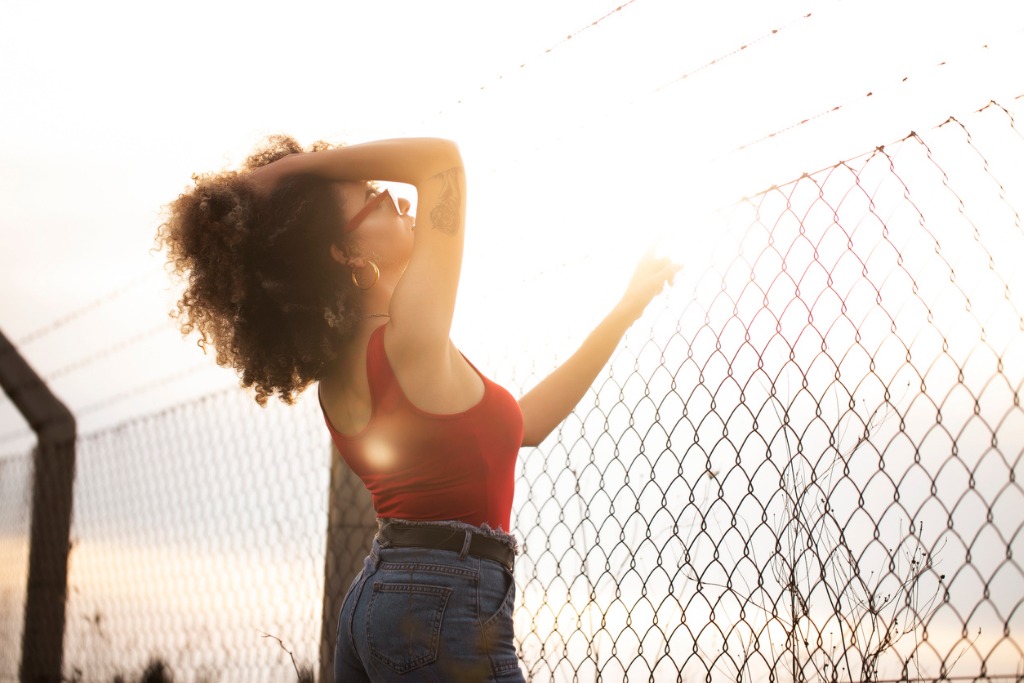 photo by GizemBDR via iStock

Secondly, prime lenses usually display much less vignetting, or darkened areas around the edges of the frame. This is especially true when comparing the performance of a prime lens to the wide-angle end of a zoom lens. 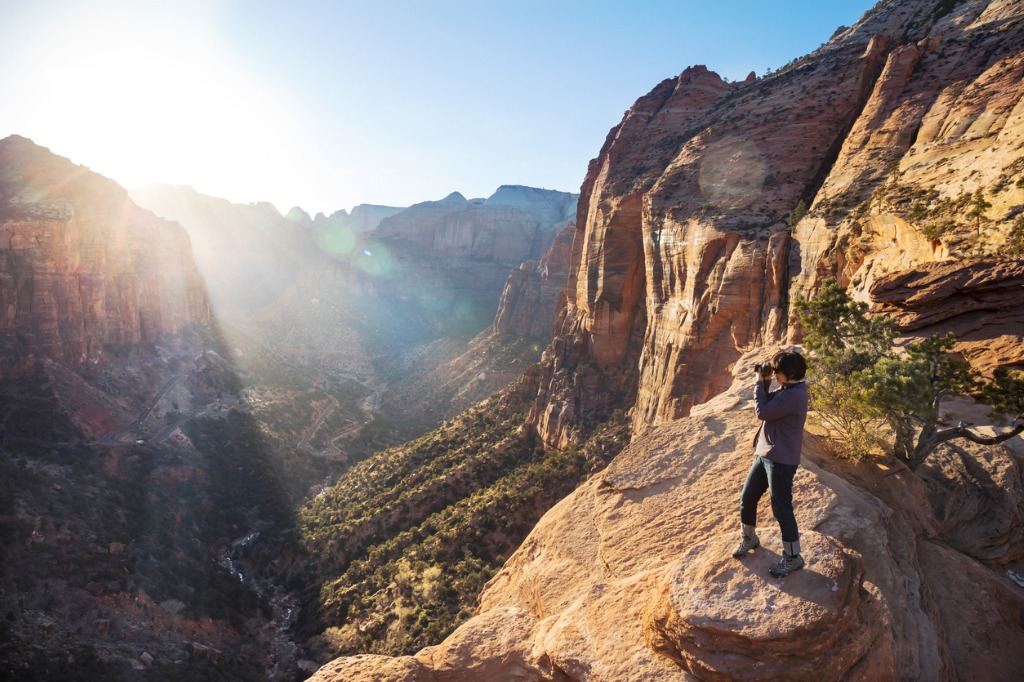 photo by nycshooter via iStock

When you can rely on turning the lens barrel of a zoom to reframe your shot, you can become a bit of a lazy photographer.

But with prime lenses, you don’t have that option, and instead you must “zoom with your feet” to frame up a shot that’s closer or further away.

Though some might say this is inconvenient, it helps you to develop your creative eye, to think purposefully about the composition, and can help you find new and interesting perspectives from which to shoot.

Exploring the world around you is a good thing! And since prime lenses are so light and compact, you don’t have to lug a huge, heavy lens around to do it.

As explained in our primer on depth of field, one of the factors that influence depth of field is the size of the aperture being used.

Since some prime lenses open up to f/1.2 and f/1.4, you can get a minute depth of field that’s ideal for things like macro photography and portrait photography.

This isolation of a sharp subject against a blurry background not only looks fantastic, but separates the subject from the rest of the scene, thereby allowing the subject to be a much stronger focal point in the shot.

Get more details on how focal length and depth of field are related in the video above by Dylan Bennett. 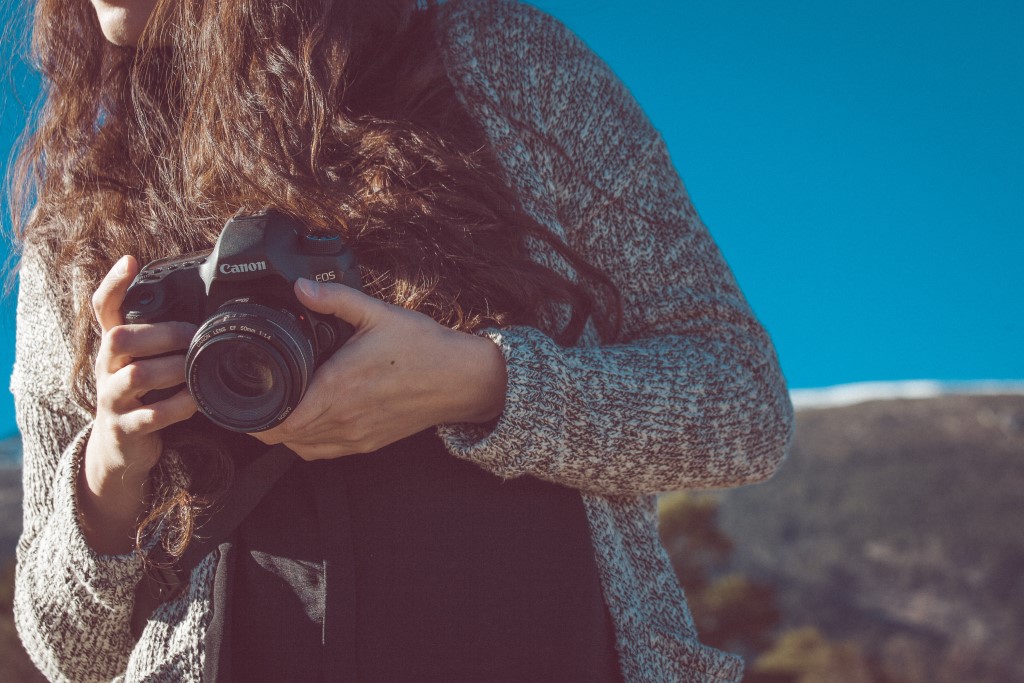 Photo by Mario Calvo on Unsplash

Part of the challenge of photography is looking at a particular scene and being able to see the different photographs that are possible in your mind’s eye.

When you use a zoom lens, developing this skill can be a bit of a challenge. After all, with a wide range of focal lengths available, it can muddy the waters when it comes to seeing the scene and figuring out how your final shot will look. 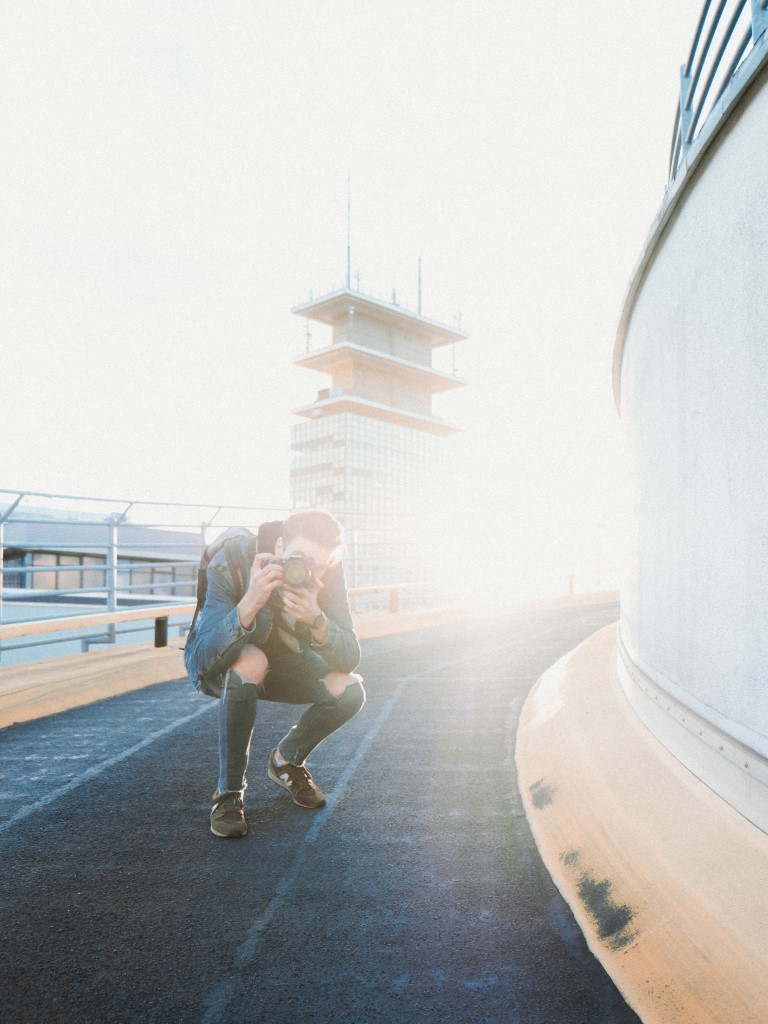 Photo by Markus Lompa on Unsplash

Conversely, when you frequently utilize a prime lens, you begin to see the world at that focal length. You become familiar with what 35mm, for example, looks like in your viewfinder, and then when you’re surveying a scene with your own eyes, it’ll be easier to see what vignettes you can capture at 35mm.

In other words, prime lenses can be a creative tool that helps you determine what will be in the shot (and what won’t be) as well as how the shot will be framed, all before you ever bring the camera to your eye.

You begin to feel the shot, and with less hunting for framing and messing around with composition, you’ll likely find that photography becomes a more satisfying and fruitful exercise.

Which Prime Lenses to Get

As Matt Granger discusses in the video above, the prime lenses you add to your camera bag will depend on a variety of factors:

Regarding what you intend to do with the lens, you need to tailor the focal length to your style of photography.

That is, if you primarily shoot landscapes, you might want to opt for a 24mm lens rather than an 85mm lens. The former just has more applicability for landscapes than the latter. 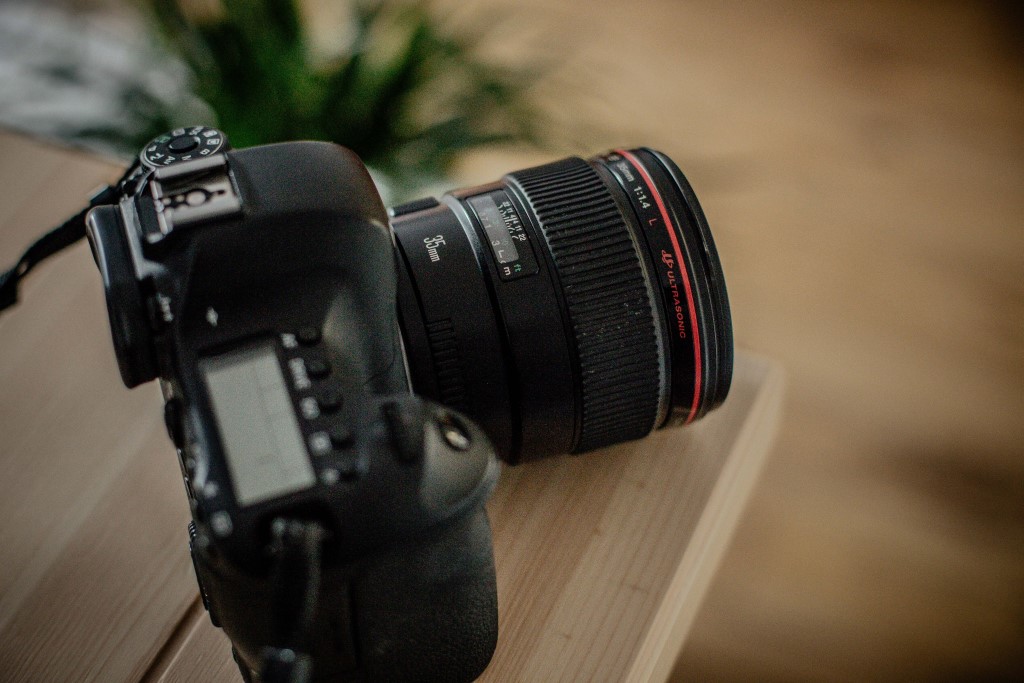 Photo by William Thomas on Unsplash

Secondly, not everyone needs an f/1.2 lens. If you typically shoot portraits using natural light, an 85mm f/1.8 will suit you just fine. There’s no need to spend more money on an 85mm f/1.2!

And that brings us to the final, and perhaps most important factor - your budget.

As noted above, the larger the aperture, the higher the price tag. If you have the budget to spend a couple thousand dollars on a lens, by all means, spring for an f/1.2 or f/1.4 professional prime lens like this one if you need it.