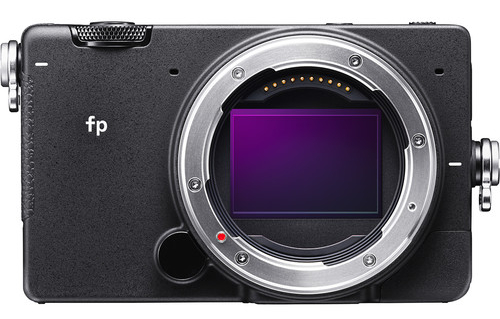 While the Sigma fp is mostly known for hosting great 4K RAW video capabilities for those who can’t usually afford cameras with this spec, it’s way more than that.

The Sigma fp was the world’s smallest full frame camera when it was first announced in late 2019 and likely still is, though I haven’t done my research to figure out if this is true. This is obviously one of the biggest selling points of the Sigma fp, but it also features more than its size. This is probably a good thing because, while the Sigma fp itself may be pocket-sized, it definitely isn’t when you pair it with any of the dozens of accessories it’s compatible with.

The Sigma fp is also known for being quite minimalistic. This sounds obvious since it is a tiny full frame camera, but it doesn’t come with an electronic viewfinder and the LCD on the back screen isn’t articulating, which is somewhat disappointing.

If you’re thinking about picking up a Sigma fp for yourself, then our Sigma fp review has some great information for you. 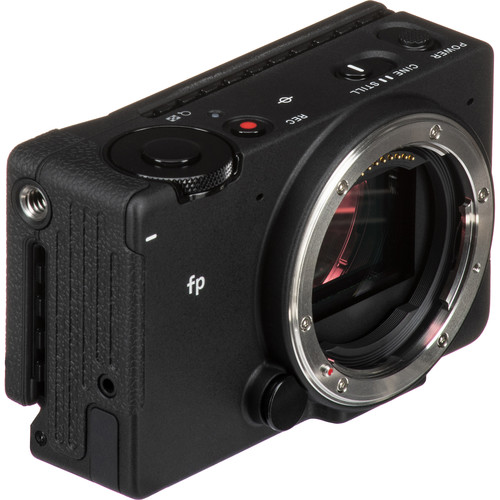 The sigma fp features a 24.6MP full-frame CMOS sensor and a L-Mount lens mount. This is one of the reasons why the Sigma fp’s size should be looked upon with caution. Any one of the accessories that you can use with an L-Mount will add a lot of bulk and weight to your camera.

The Sigma fp also comes with a 49-point AF system.

Other Sigma fp Specs Include: 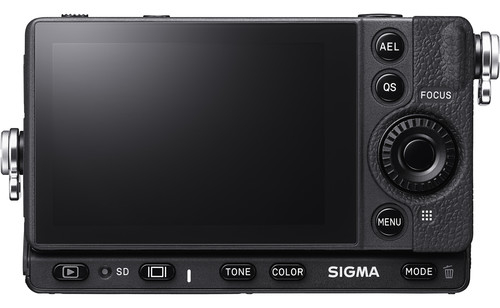 Since the Sigma fp body is such a huge selling point, it’s probably a good idea to discuss it here. The camera measures 4.4” x 2.8” x 1.8” and weighs 14.89 oz. This means it really is small enough to fit into a pocket.

The Sigma fp design is minimalistic, but not frustratingly so for most photographers. For example, Sigma didn’t follow the path that some other camera manufacturers have been taking lately and hide important functions so far into the menu that you can’t find them. The buttons that the camera does feature are large enough to be able to find even if you’re shooting in cold weather.

You’ll find the covers on the side of the camera. They are for the USB, the microphone input and the HDMI port.

While the camera’s design is very utilitarian, I still find it pleasing to look at. Plus, it’s obviously incredibly functional. One example of this is the shoulder strap lugs on both sides of the camera. They are held in by a screw that, when removed, makes the perfect mount for a tripod if you’re planning on doing any upright shots. 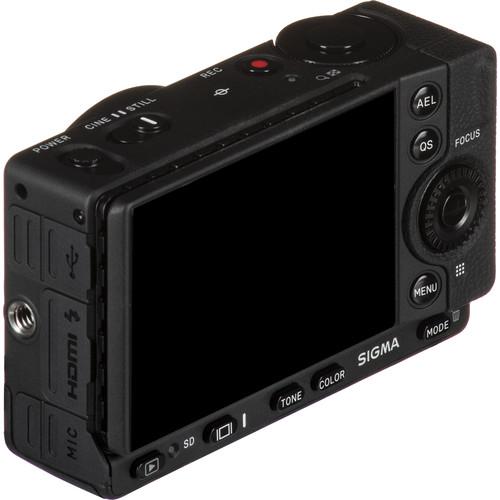 Some aspects of the Sigma fp build are going to be frustrating for photographers who are accustomed to shooting with larger cameras. For instance, this camera does not have an electronic viewfinder, nor does it have an LCD that rotates. It also doesn’t come with a built-in flash or a hotshoe. This is going to be a barebones shooting experience.

The same sorts of issues arise with the Sigma fp handling. For example, the camera doesn’t come with a grip (though there are grips available separately). However, the camera can shoot for a full 2 hours without the battery dying on you.

Huge shout out to Darwinfish105 for the Sigma fp video performance test above.

As I already mentioned, the Sigma fp shoots RAW 4K video at up to 30p. It comes with an HDMI port and it supports a microphone and headphone, as well as an external flash sync.

If you are planning on shooting video in the CinemaDNG format, which is showcased in the Darwinfish105 video above, then you can only get 8-bit capture internally. You can get 10-bit or 12-bit capture when using an external recorder. 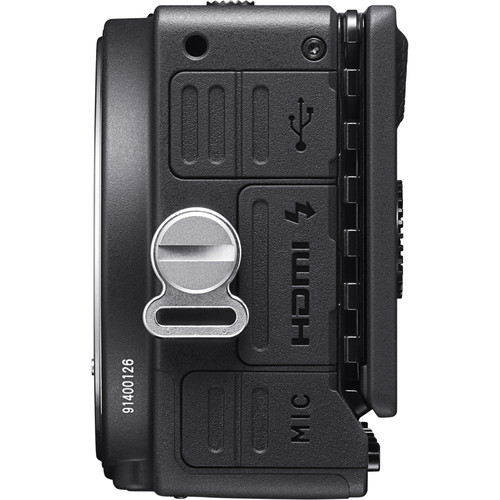 However, like every camera, the Sigma fp does have some issues. For instance, the continuous AF really doesn’t work that well when shooting video. While it does find its focus quickly enough, it can lose it just as quickly and this is obviously incredibly frustrating in the middle of the shot.

The camera does come with electronic image stabilization, though you likely won’t use it that often if you have a gimbal. 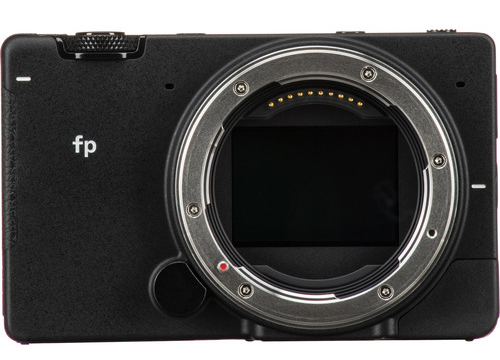 Since the Sigma fp is still a relatively new camera, its price point is still out of reach for most photographers. The Sigma fp price is currently $1,700.

However, since it is a year old, there are ways to get one for a lot cheaper so long as you purchase it used.

MPB, one of our favorite used camera retailers, sells Sigma fp bodies. While they currently don’t have any in stock, they rotate through hundreds of cameras everyday and purchase them from different continents. So, chances are, they could have some in stock by the time you’re reading this. You can check the MPB Sigma fp page to see.

And if you haven’t heard anything about MPB, let me quickly introduce you to why we recommend them for all of your used camera needs. MPB basically handles all of the difficult parts of buying used cameras. They find the sellers. They rate the equipment and they handle shipping. It’s like eBay if eBay were, well, better.

To find out all of the reasons why we love MPB, you can read our MPB review in the learn more links below.