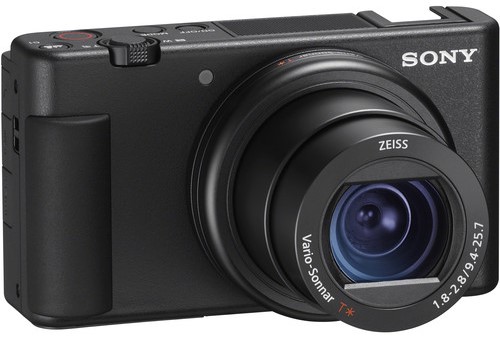 The Sony ZV-1 is a 20MP compact camera that is designed for vloggers and other social media gurus. It features 4K video at up to 30p, as well as Full HD video at up to 120p and it also features specs that have been added specifically for vloggers, like a directional microphone.

Some tech blogs have pointed out that although Sony obviously created the Sony ZV-1 with vloggers in mind, it still takes excellent still images. This means that an entry-level photographer, who is just as interested in videography, may think about getting a Sony ZV-1 as well. If the Sony ZV-1 prevents you from having to take two cameras with you everywhere you go, then the price, which is a little high, may be worth it.

While the Sony ZV-1 is a small camera built specifically for vloggers, a lot of vloggers have pointed out that it is missing a ton of features they expect of a camera in this price range. With these criticisms, is the Sony ZV-1 worth it?

Read this Sony ZV-1 review to find out. 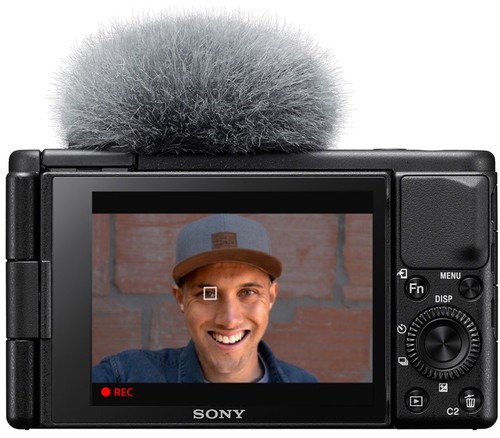 The Sony ZV-1 specs include some basics expected of any modern camera designed for vloggers. For instance, it shoots 4K video at up to 30p and comes with a microphone jack so that you don’t have to rely on the new directional microphone (though it is pretty good).

The Sony ZV-1 features a flip-out touchscreen which will allow you to see yourself as you are filming and a zoom lens which will be a draw for travel vloggers.

But, it is also missing some specs. For instance, the battery life is truly not impressive at all. The Sony ZV-1 battery life is rated for 260 shots, but if you’re using it for video as most people likely will be, this translates to just 45 minutes of shooting before you’ll need to stop and recharge your battery. For professional vloggers, this battery life is almost laughable. 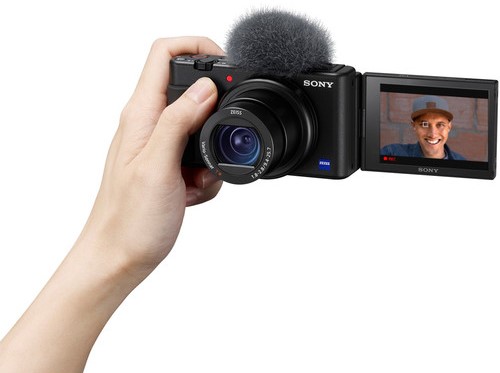 Unfortunately, the battery life is not the only spec that isn’t where it should be. The Sony ZV-1 comes with a 24-70mm equivalent f/1.8-2.8 lens. This lens is a bit limited. A lot of vloggers have already started to complain that a wider-angle lens would help them be able to use the Sony ZV-1 more frequently.

I also have one more criticism of the Sony ZV-1 that I likely wouldn’t have if it had come out in any other year, but the face detection really doesn’t work that well if you are wearing a mask. This means that any vlogger who is out working in crowds right now won’t be able to use face detection at all. I have many other cameras that can still detect my face quite easily when I’m wearing a mask and it seems like an oversight on Sony’s part that they released a camera during a pandemic that can’t read faces with masks on.

Other Sony ZV-1 Specs Include: 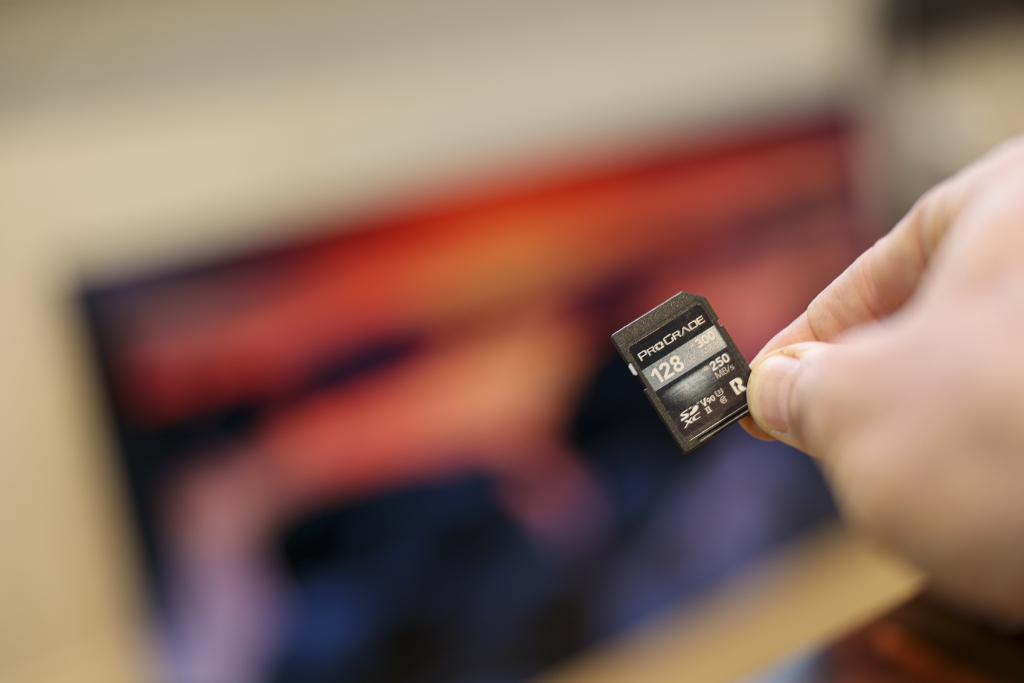 And while the Sony ZV-1 has a UHS-I card slot, I recommend using a UHS-II card. Why? It's easy...

Even though the camera can't take advantage of the faster UHS-II write speeds, using a UHS-II card will still get you faster read speeds. This means that you can dump your files to you computer faster, and who doesn't like that?

I use ProGrade cards in all of my cameras, so I recommend the ProGrade 128GB UHS-II card shown above for the ZV-1. It's a fast, reliable card that will give you years and years of service whether you shoot photos, videos, or both! 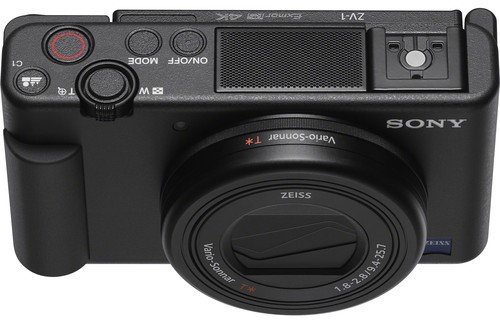 The on-screen menu is quite simple and easy to use. You get there by pressing the Fn button. 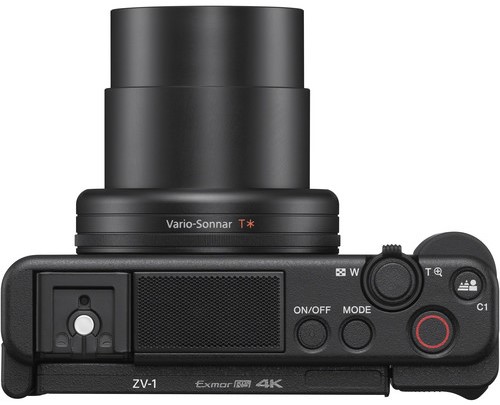 The Sony ZV-1 build is based off of the Sony RX100 V. So, if you’ve ever shot with the RX100 V before, you should fare pretty well switching to this camera.

The Sony ZV-1 handling is also really easy, except for the fact that the camera’s battery is so awful. I haven’t mentioned, though, that it is possible to charge the battery while you are filming via the micro USB port.

One other frustrating aspect of the handling on the Sony ZV-1 is the fact that it doesn’t come with an electronic viewfinder, so you have to work off of the display. This isn’t a huge deal except if you’re wearing polarized sunglasses. If you are, you won’t be able to see the screen at all, likely because the touchscreen is already polarized for the same reason.

Thank you to Parker Walbeck for the Sony ZV-1 video performance test above.

As I’ve already mentioned, this camera comes with 4K video capabilities at up to 30p.

I already mentioned a problem I had with the face tracking this year (it isn’t great when you have a mask on), but I also have a compliment for the face tracking capabilities of this camera. There is a new option (that you can turn on and off) that allows the camera to choose not to focus on a person’s face and instead lets the camera focus on whatever is closest to the lens. 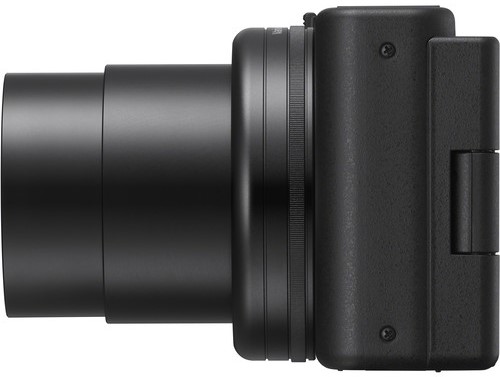 With some cameras, that would require her to block her face or cut and edit a new take into the video because those cameras would continue to focus on the face behind the product. This isn’t something you need to worry about with the Sony ZV-1.

The image stabilization in this camera is a mix of both optical and digital stabilization so that handheld shots are truly pretty smooth.

The camera also features a max ISO of 128,000, so you shouldn’t need to worry about shooting in low light situations.

The last thing I should mention is the internal audio. The built-in directional microphone allows you to get clear audio without using any external microphones. 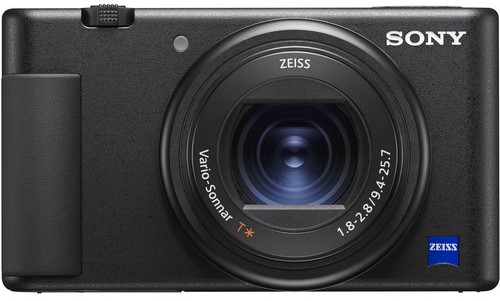 A lot of the criticisms that I’ve had about this camera throughout the article likely wouldn’t exist if it weren’t for the Sony ZV-1 price. This camera currently costs $800, if you’re looking to purchase it brand new.

I do like this camera, but for $800 I think there are better options available. However, since the Sony ZV-1 has had some criticisms in the press, some photographers are already offloading their cameras. While this isn’t great news for Sony, it is good news for you because that means you can get a literally brand new camera (it came out last year) for way cheaper.

As of the publishing of this article, there are 4 Sony ZV-1 bodies available on MPB and these used cameras start at $675.

If you want a Sony ZV-1 that is in “like new” condition, which means that it has almost no signs of use, you can do so on MPB for $709.

I think that this is a much more reasonable price for a camera of this quality and since MPB is a great company designed with photographers in mind, you don’t need to worry about any of the problems you might have buying used camera equipment anywhere else.

For more information about why we love MPB so much, you can read our full MPB review in the learn more links below.