The Best Used Canon Mirrorless Camera for Every Budget 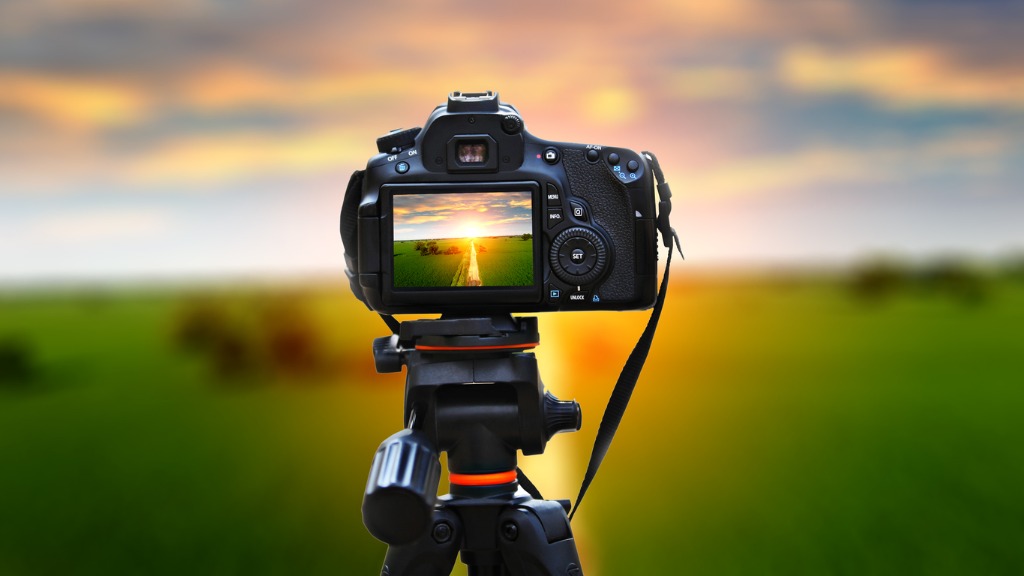 photo by pixelfusion3d via iStock

Canon is far and away the most popular camera maker in the world. They have been manufacturing and selling digital cameras since 1984. Although they are more well known for DSLR cameras, in recent years, they have started producing killer Canon mirrorless cameras as well!

No matter your budget, a fabulous resource is MPB. They are an online platform with a massive inventory of used cameras, lenses, accessories, and more! Better yet, most of their cameras are backed by a six-month warranty, so you can make your purchases confidently and worry-free.

Let’s jump right in and see what Canon mirrorless camera best fits your needs and budget! 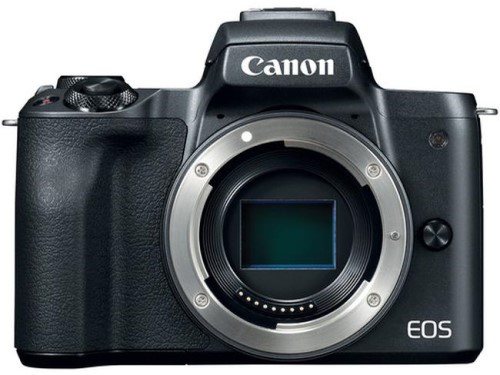 The Canon EOS M50 is an entry-level Canon mirrorless camera featuring a 24.1MP CMOS APS-C sensor and a DIGIC 8 image processor. It was first released in 2018, and while the M50 Mark II is newer, the original model remains a tremendous budget-friendly camera.

The high-resolution sensor delivers excellent quality stills with bold and vibrant colors. Moreover, you can choose to shoot photos in three different formats, JPEG, RAW, and C-RAW. C-RAW is a new file format unique to Canon that retains the same image quality as RAW files but at a 40% size reduction. 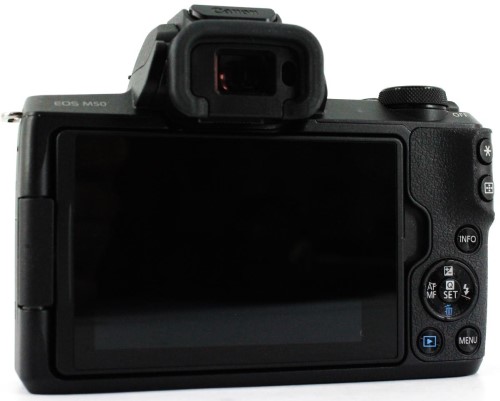 The Canon M50 also has terrific video capabilities and is a popular choice of YouTubers and Vloggers. It captures 4K UHD video at 24 fps, 1080p full HD video at 60 fps, and 720 HD videos at 120 fps. The only negative is that it applies a heavy 1.7x crop factor to 4K footage.

Other fantastic features include a responsive dual pixel autofocus that works for both photos and movies, a max burst rate of 10 fps for continuous shooting, and a full-articulating touch-sensitive rear LCD screen. It’s the best Canon mirrorless camera if you are a beginner photographer/videographer or someone on a tight budget! 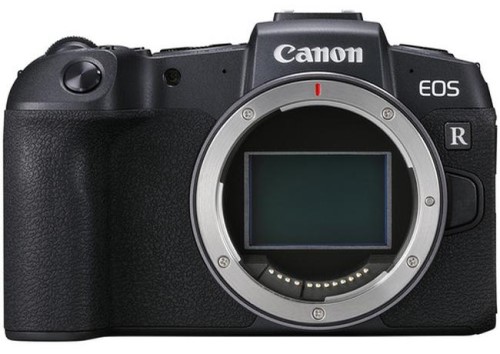 Weighing 485 grams and measuring 133 x 85 x 70 mm, it is one of the most compact full-frame cameras ever built. JPEG and RAW image quality is phenomenal and compares favorably even with professional cameras like the Canon EOS 6D Mark II. Furthermore, low-light performance is outstanding thanks to the full-frame sensor and an ISO range of 100-40000. 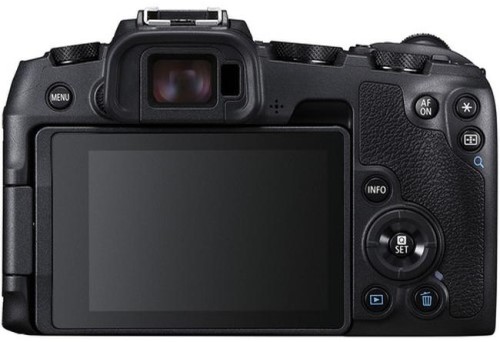 While it records 4K/24p and 1080p/60p video, the quality is nothing to write home about. Shooting 4K applies a 1.76x crop factor and has consistent rolling shutter issues. On the bright side, microphone and headphone jacks are both present. Overall, the EOS RP is better suited for 1080p full HD video.

Additional noteworthy camera features include a fast 4779 point dual pixel AF system, two control dials on the top of the camera, and the use of the Canon RF lens mount. The RF lens mount doesn’t have a ton of native lenses, but you can unlock the entire Canon EF lens lineup with the help of a Canon EF - EOS mount adapter.

The EOS R6 is a Canon mirrorless camera designed for enthusiasts that hit stores in the summer of 2020. At its core are a 20MP CMOS full-frame sensor and an all-new DIGIC X image processor.

The pair works together to make this one of Canon's fastest cameras and delivers incredibly sharp images. JPEG and RAW files both retain edge-to-edge sharpness (especially when using native RF lenses), but thanks to a dynamic range of 13.4 stops, RAW images, in particular, stand out. 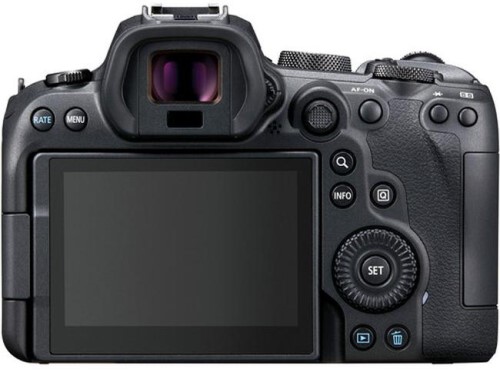 The Canon EOS R6 is also a powerful video camera. It boasts 4K/60p UHD video and only applies a small 1.07x crop factor. In addition, it captures 1080p full HD video at frame rates of up to 120 fps. Meaning you can record stunning slow-motion movies directly inside the camera without editing. While there have been reports of overheating when shooting 4K, I have never experienced this issue. 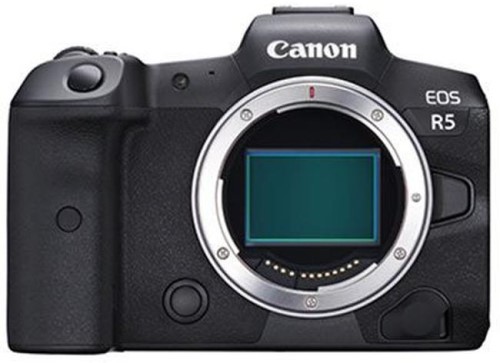 The Canon EOS R5 is Canon’s flagship mirrorless camera for professionals. It was released in 2020 and is the most advanced Canon mirrorless camera to date. It sports a 45 MP CMOS full-frame sensor and a prestigious DIGIC X image processor.

Courtesy of the high-resolution sensor, the image quality is off the charts. It takes some of the sharpest photos I have ever seen, even when lighting is poor and you have to boost the ISO. Additionally, it excels in sports and action photography thanks to continuous shooting at speeds of up to 20 fps. 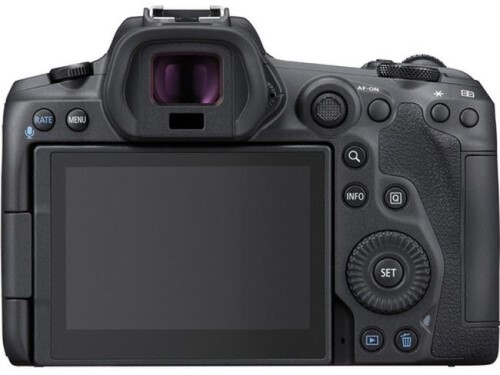 In terms of video, the headline feature is that it records in 8K. As impressive as the video quality is, it’s overkill for most people, in all honesty. First off, almost no monitors can playback 8K footage. Also, the file sizes are enormous. Using a 128GB memory card, you will be able to record roughly six minutes before the card is full.

Other features worth highlighting are the lightning-fast autofocus, industry-leading built-in image stabilization, and dual memory card slots. It’s the runaway choice for professional photographers/videographers looking to switch from a Canon DSLR and want the best overall Canon mirrorless camera. 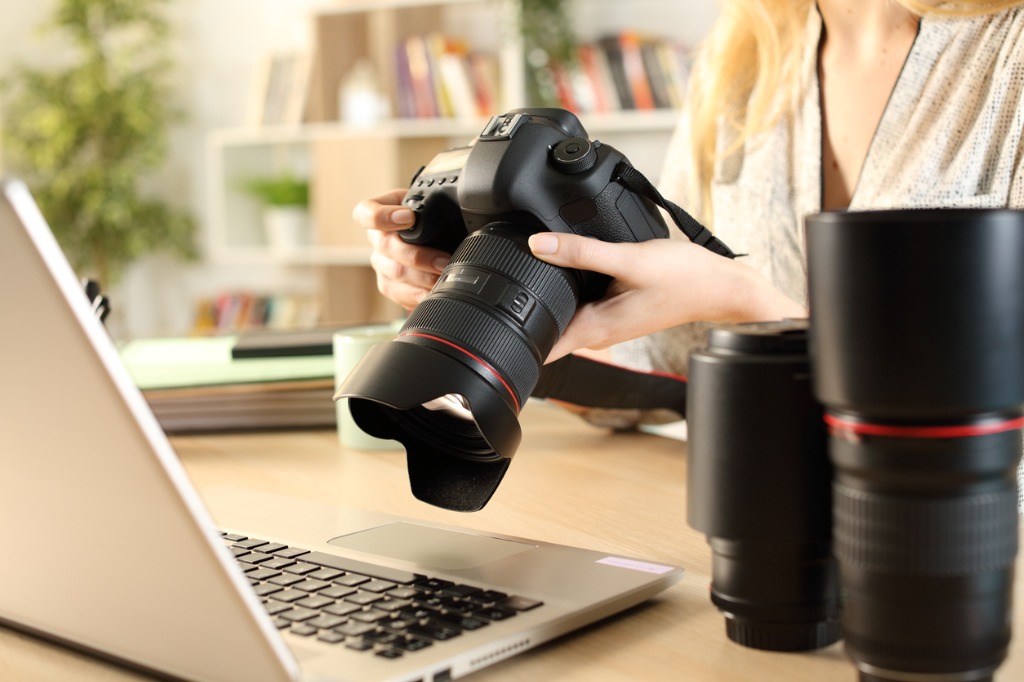 photo by Pheelings Media via iStock

Remember - when you buy gear from MPB, you can rely on their detailed grading system to inform you about the condition of the camera, that way you know exactly what will arrive at your door. And, if you aren’t totally happy with your purchase, no worries! MPB offers a seven-day return policy. Buy with confidence and get the best used Canon mirrorless camera for your budget.