Tripod vs. Monopod: Which is Best for You? 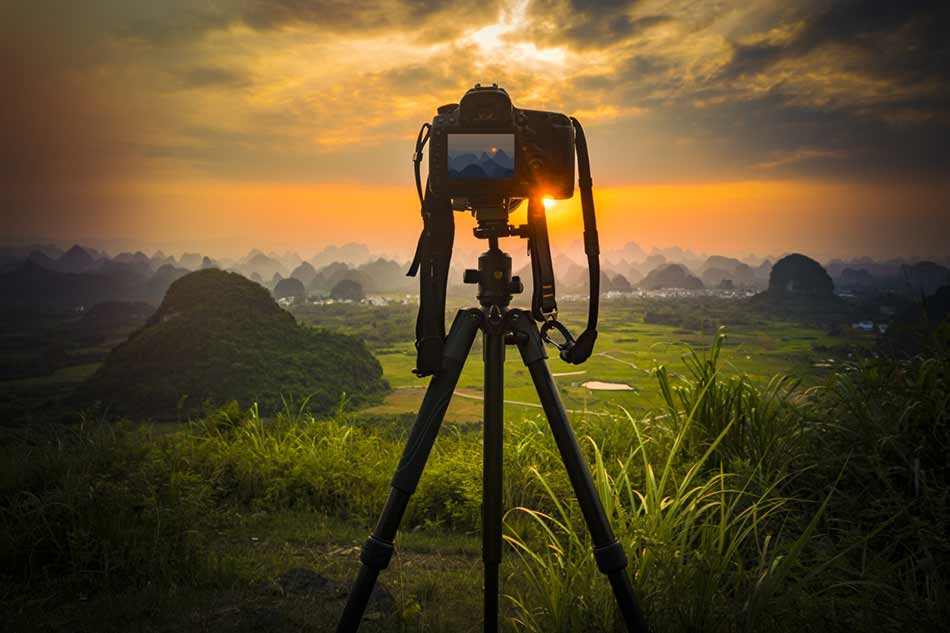 Photo by shilh via iStock

The tripod vs monopod argument is age-old, and if I’m being honest with you, I own both.

That’s because both tripods and monopods have their pros and cons. In some situations, a tripod is simply a better choice. But in others, a monopod works much better.

If you can only afford one, then allow me to break down the tripod vs monopod debate for you so you can make an informed purchase. 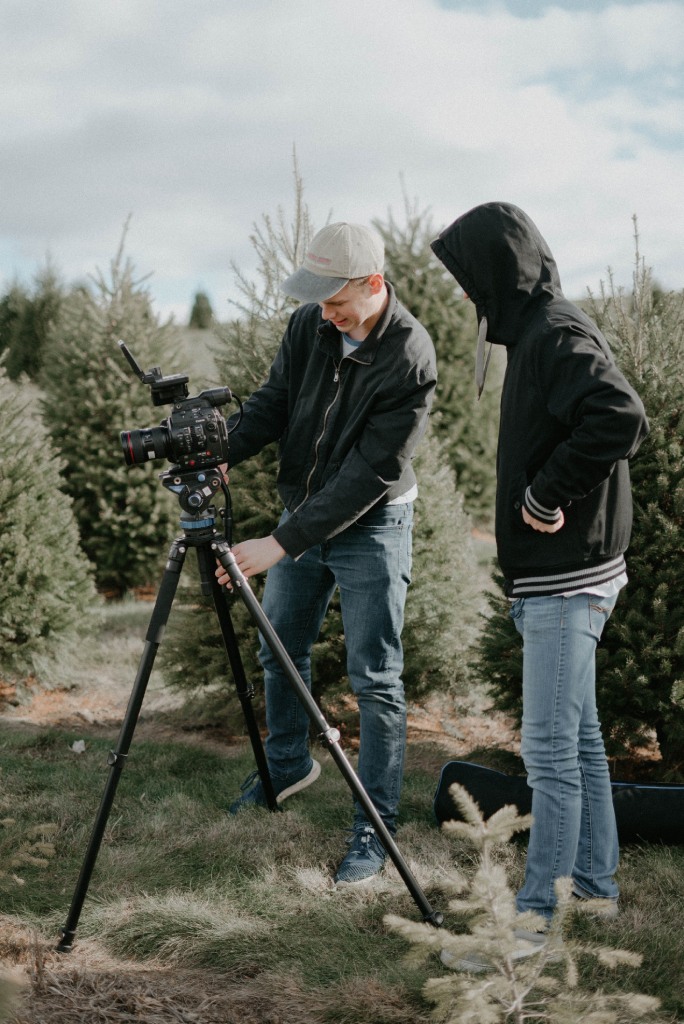 Photo by Austin Pacheco on Unsplash

The number one pro of tripods is that they are steady. It’s hard to go wrong with three legs joined together and capped off with big, rubber feet to keep it in place.

You can set your camera on a tripod, walk hundreds of feet away from it, and use a remote shutter to take photos. There’s no need to be worried that your photography gear might crash to the ground without you there to support it. 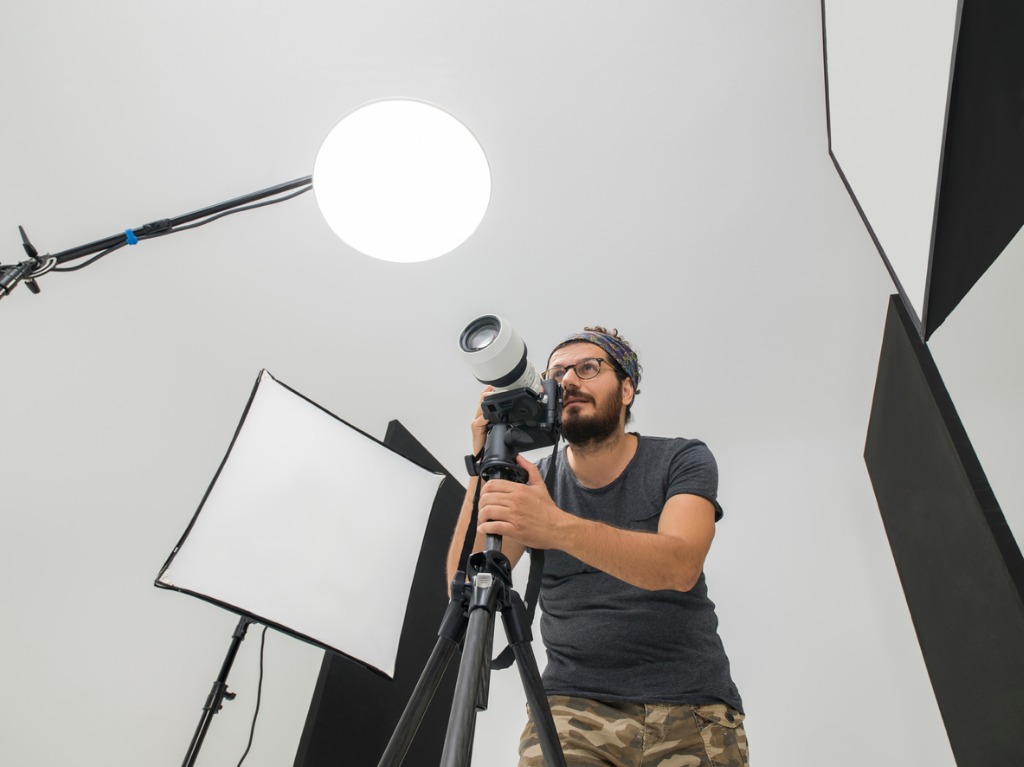 Photo by ozgurdonmaz via iStock

Additionally, if you’re a macro, still life, or studio photographer then there isn’t a tripod vs monopod argument for you: you need a tripod.

A steady hand only gets you so far. To capture tack-sharp images in these contexts, having a tripod is a must.

Tripods also provide the additional steadiness so you can slow the shutter and take photos of beautiful landscapes with blurry water or clouds.

Let’s face it, three is better than one in these cases! 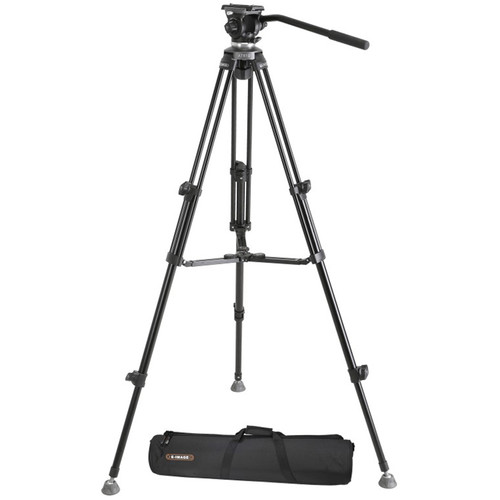 Fortunately, you don’t have to spend an arm and a leg to get a high-quality tripod that will work hard for you in the studio or in the field.

I’ve tested a variety of tripods over the years, and one of the best budget-friendly options I’ve tested to date is the E-Image EK610 shown above and below. 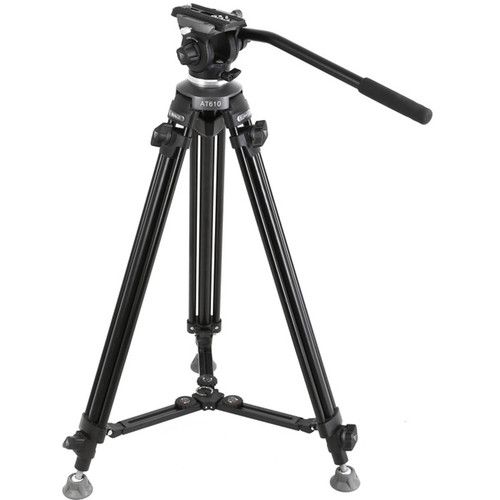 This tripod sports dual-stage aluminum legs that are strong and durable. The legs are easy to deploy, too, thanks to the ergonomic twist leg locking system

It comes with a 65mm half-ball fluid head and supports up to 6.5 pounds of gear thanks to a fixed counterbalance system that keeps everything nice and steady.

You want to be able to vary the eye level of your shots, and the EK610 allows you to do just that with a height range of 28-63.5 inches. 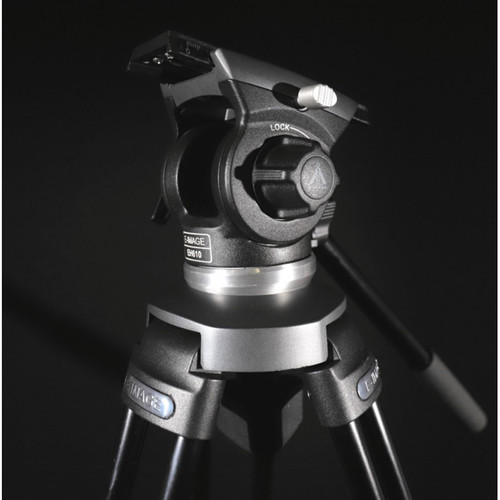 Even if the tripod is at its maximum height, you still reap the benefits of superb stability because of the integrated mid-level spreader that keeps the legs taut and stable.

With large rubber feet and metal foot spikes for added stability, a quick-release camera plate, compatibility with E-image dollies, and an included carrying case, E-Image has thought of everything in this affordable tripod bundle!

Get more details about the E-Image EK610 Tripod 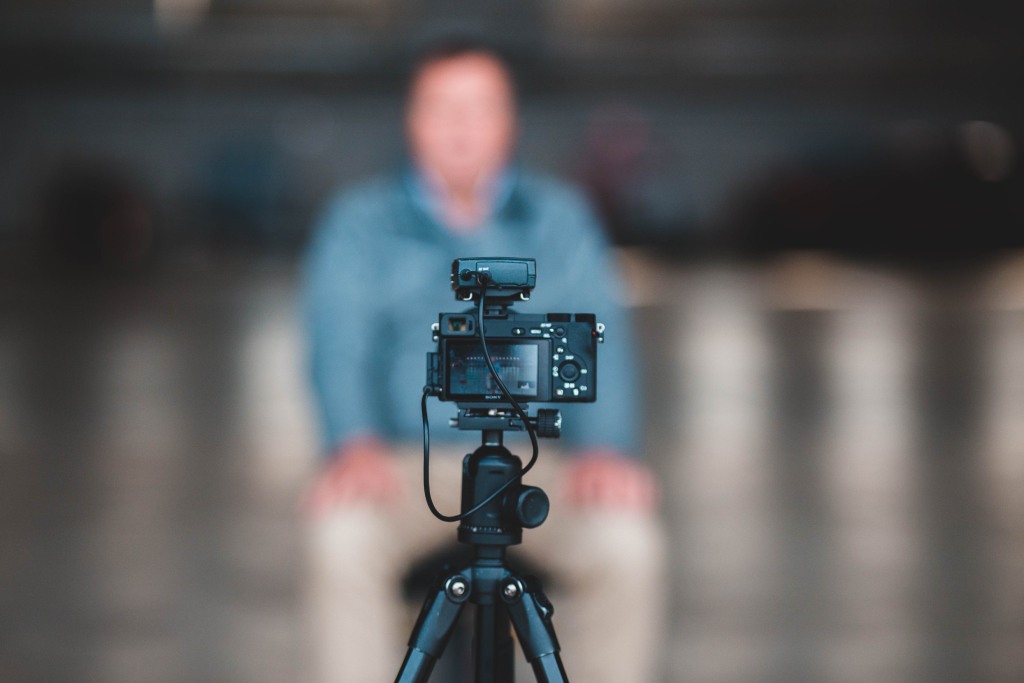 Photo by Erik Mclean on Unsplash

Perhaps the biggest con of tripods is that they can be big, bulky, and heavy. While this isn’t the case for all tripods, by and large, you’re packing around a big rig when you use a tripod.

Tripods are also more time-intensive to use than other alternatives, like a monopod.

While many tripods like the E-Image EK610 discussed above have mechanisms like twist leg locks that make deploying the legs a faster process, setting up a monopod is always going to take less time. In wildlife, sports photography, and other genres in which a second or two can make a difference, a tripod might not be the best choice. 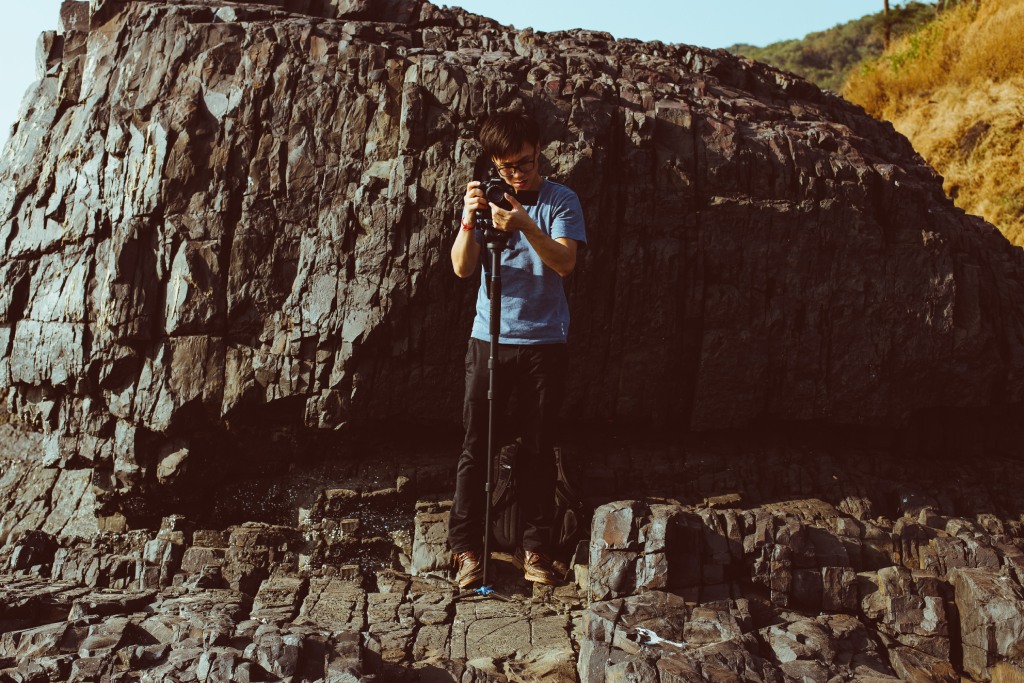 Photo by Thomas William on Unsplash

The number one reason you’re a monopod photographer in the tripod vs. monopod debate is that you’re all about speed and portability.

Monopods are often a better choice for adventurous photographers, like landscape photographers or nature photographers. In these scenarios, they are lighter and easier to use, and you don’t have to worry about adjusting multiple legs to accommodate an uneven surface.

But, another huge benefit of monopods is that they can accommodate a lot of weight.

Ever been watching an NFL game and see those photographers and videographers on the sidelines with their impossibly huge lenses? They’re using monopods in large part for this reason. 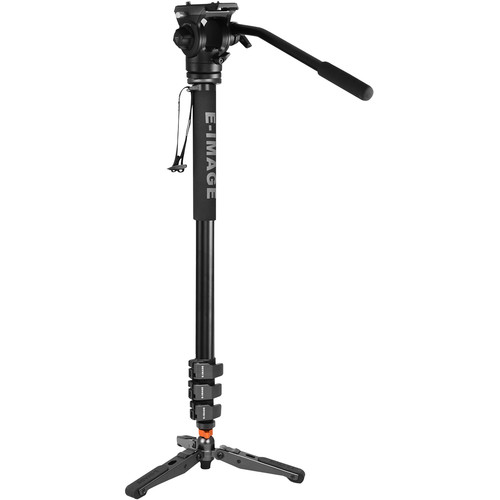 A perfect example of this is the E-Image MA600 Monopod shown above.

This thing will support a whopping 44.1 pounds of gear! Since it weighs just three pounds, that’s quite the payload-to-weight ratio…

And like it’s tripod cousin discussed earlier, this monopod has a multi-stage leg so you can adjust the height of the camera to meet the specific needs of each shot. In fact, it ranges from 25.2-74.8 inches in height. 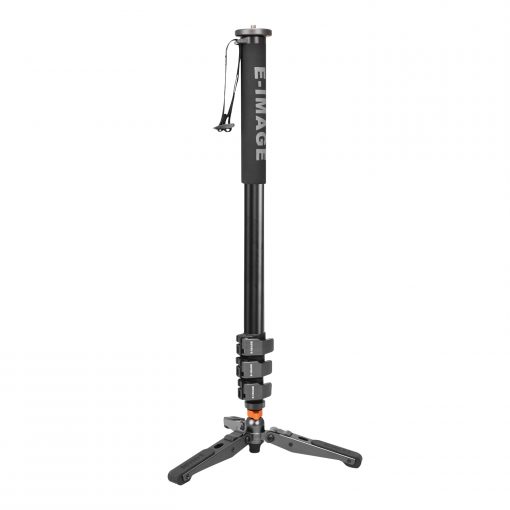 Some monopods also have a miniature tripod base to improve stability. The MA600 is one such monopod with a 16-inch spread that might just give you that extra edge when you’re taking the shot.

Of course, these are often more affordable than tripods - this one is just $99 - so if you’re on a budget, a monopod might be the best option for you. 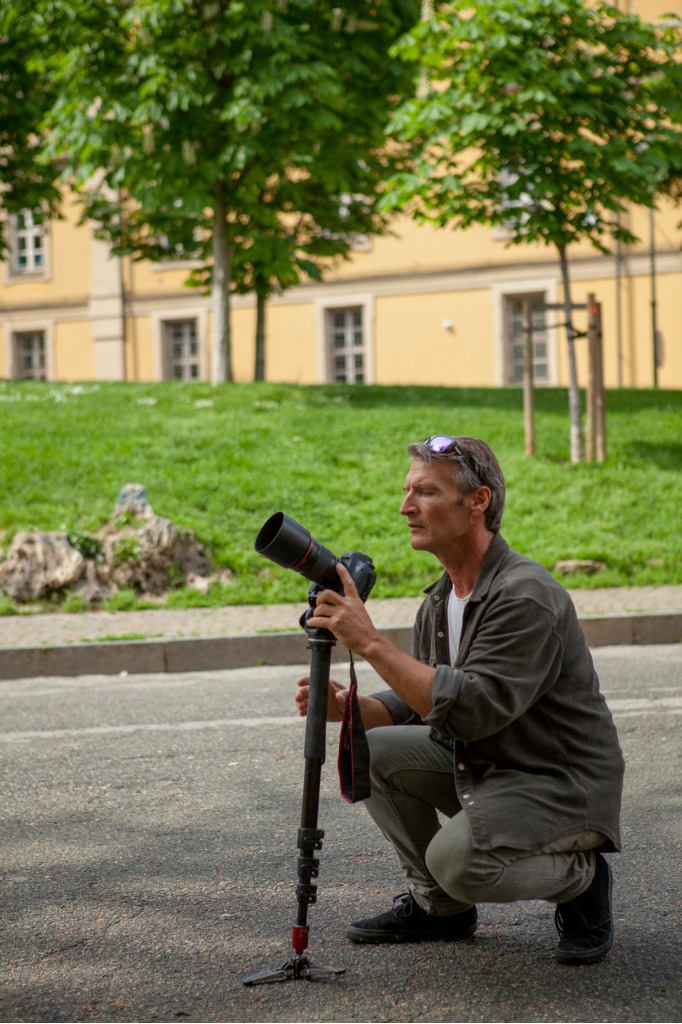 Photo by AscentXmedia via iStock

While some monopods like the MA600 described earlier have their own set of feet, by and large, they have just one point of contact with the ground.

This means less stability than a tripod, and even if the monopod has multiple fold-out feet, you still have to hold onto it so it remains upright.

As a result of that, monopods aren’t well-suited to long exposure photography, so if that’s your game, a tripod should be in your future.

But, if you need something that’s lightweight and easy to carry and helps you stabilize and balance your camera, a monopod is a great choice. 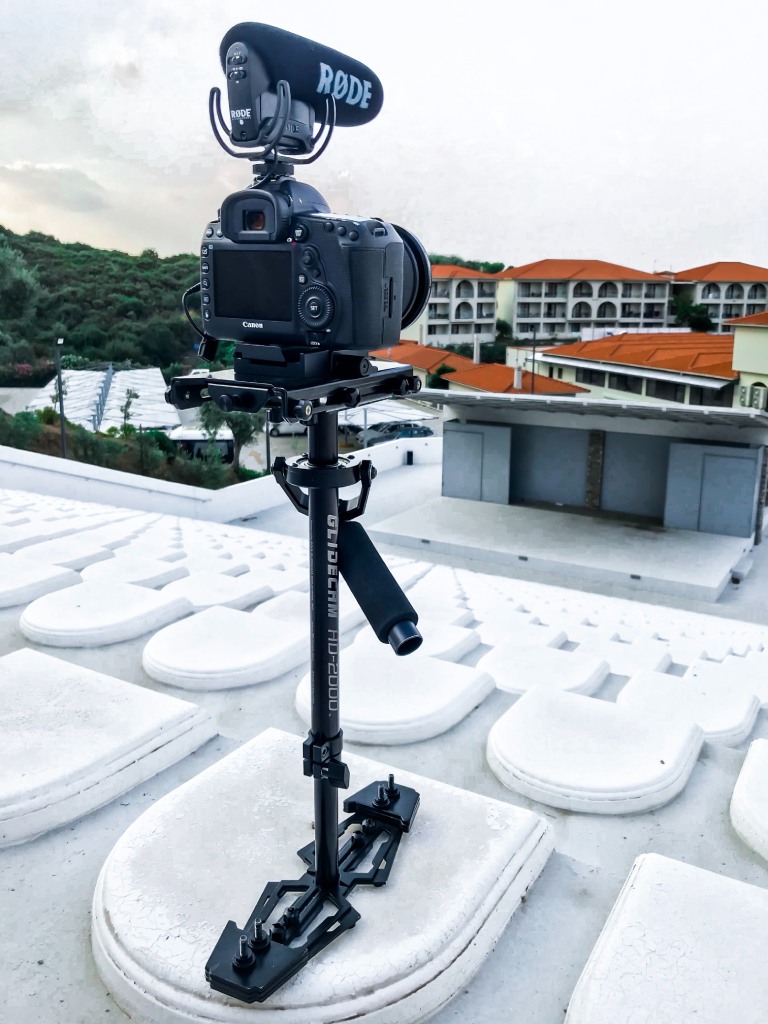 Photo by Jovanni Frenshyte on Unsplash

In conclusion, if you’re a sports or adventure photographer, or you are tired of carrying your heavy camera around all day, you should probably go with a monopod.

They offer the capability of supporting a ton of weight without being bulky or difficult to transport.

Some monopods even have beefy, padded grips for easier handling and multiple feet for additional stability.

But, if you’re a macro, still life, or studio photographer, the stability of a tripod is right up your alley.

In either case, having a tripod or a monopod is a must for many types of photography. With improved stability of your camera and lens, improved photos won’t be far behind!