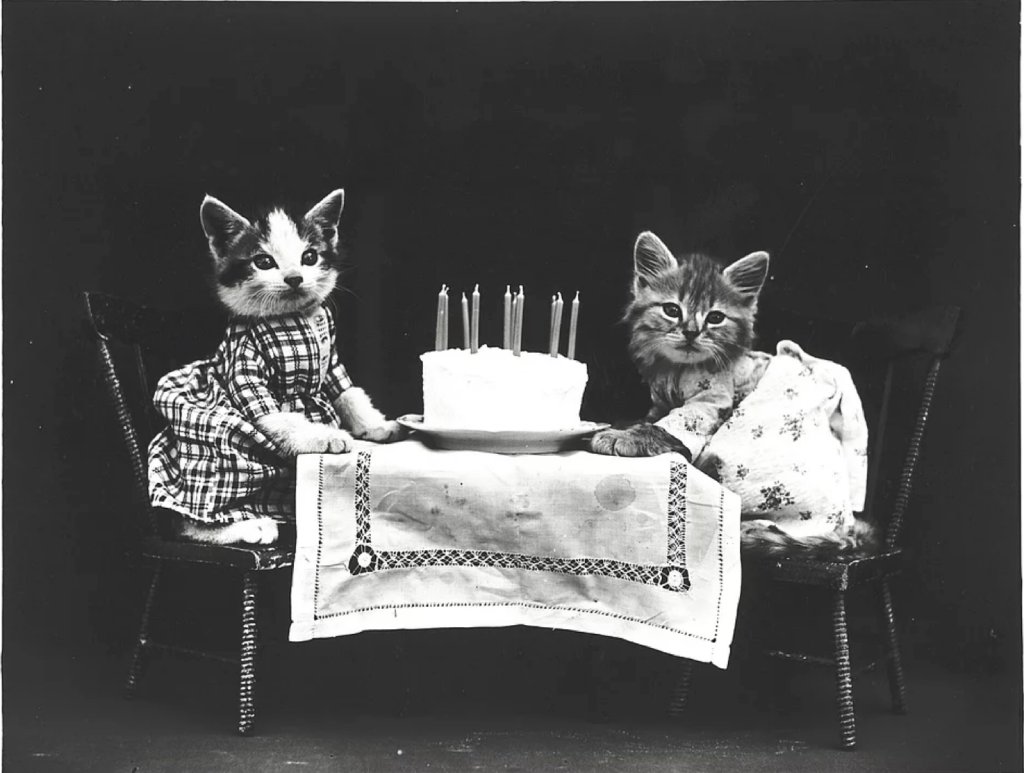 Since the dawn of photography, photographers have been shooting animals doing ridiculous things.

As any cat person can prove, these furry animals are most adorable when they're dressed in cute outfits and performing human jobs.

Obsession with Cats in Photography

At least that's what Harry Whittier Frees believed. He started a series of photos in 1914 that all featured cats and kittens, wearing human clothes, doing everything from firing a cannon to enjoying the last supper. 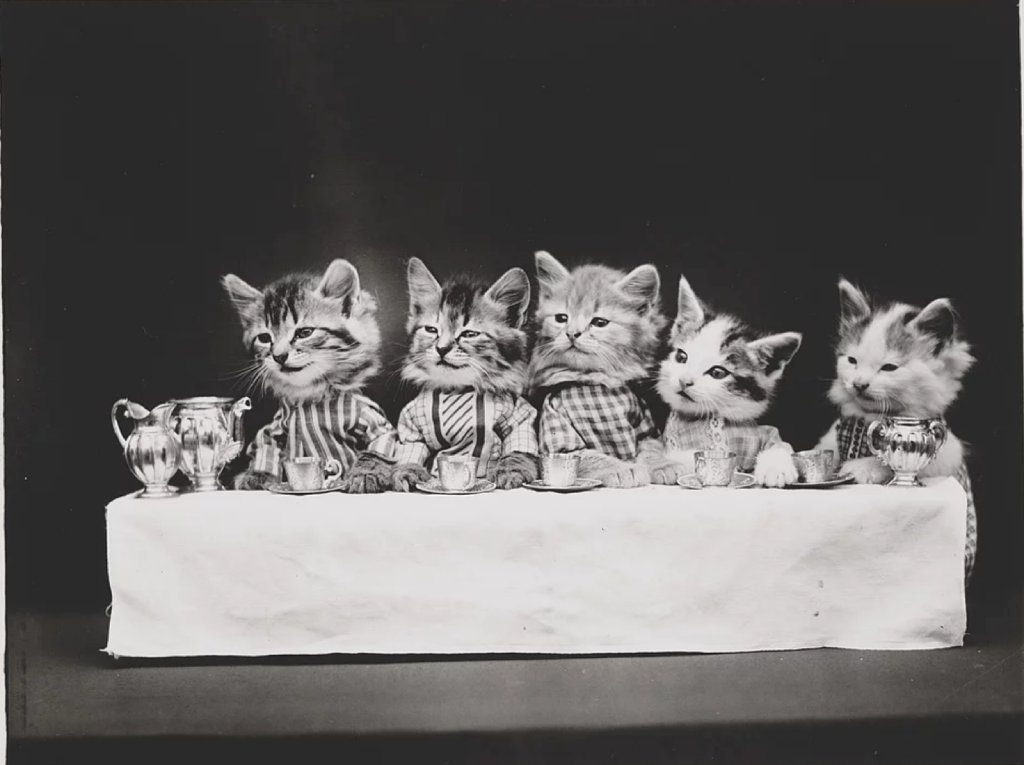 These photos that now nearly nobody remembers used to be featured in magazines and postcards, in children's books and ads. 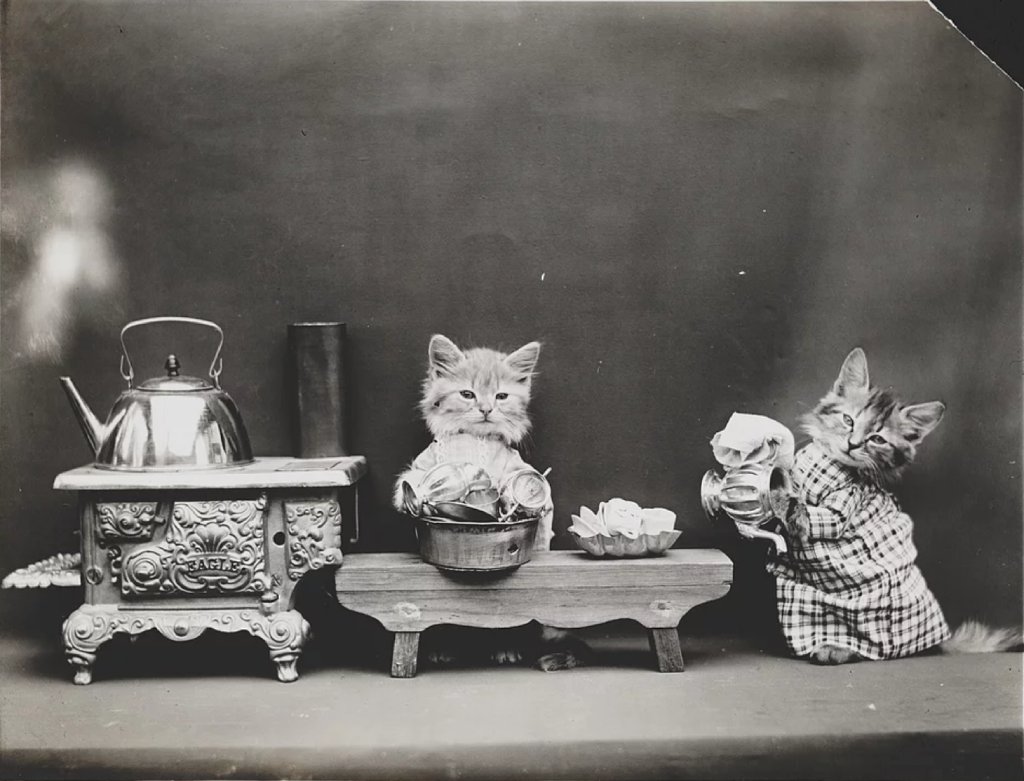 "Rabbits are the easiest to photograph in costume," Frees said in his book, Animal Land on the Air. "But incapable of taking many 'human' parts. Puppies are tractable when rightly understood, but the kitten is the most versatile animal actor." 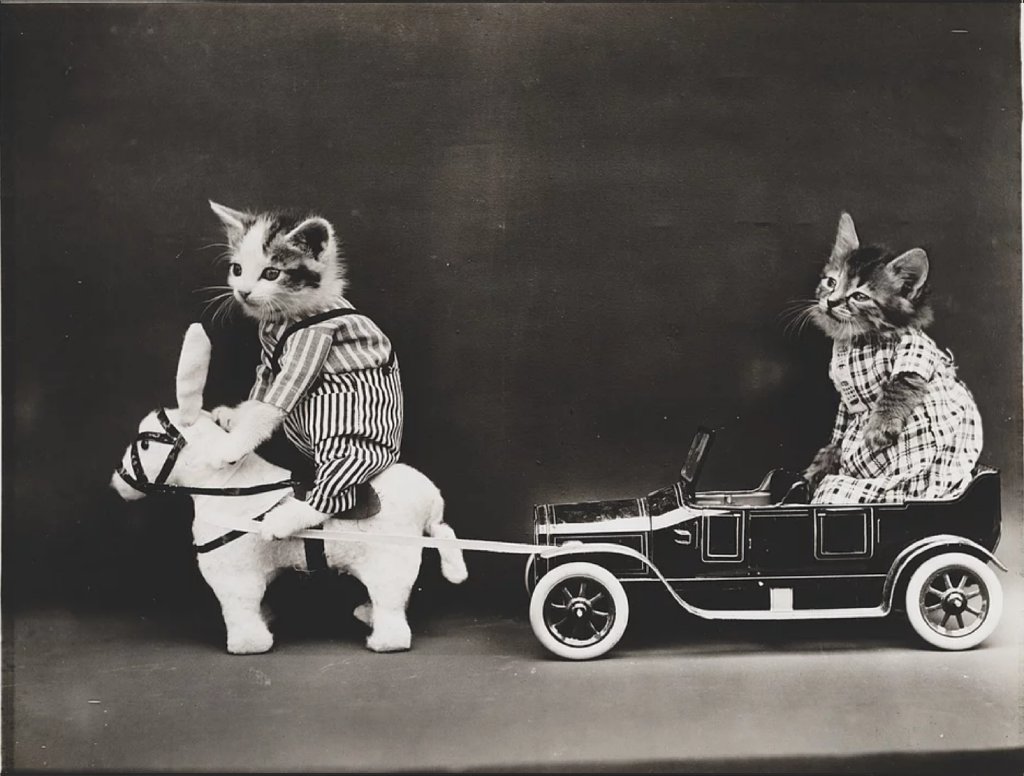 Each photo was taken with 1/5th of a second exposures, according to Frees' Wikipedia page. Each kitten was held in place with stiff costumes, pins and even forks. 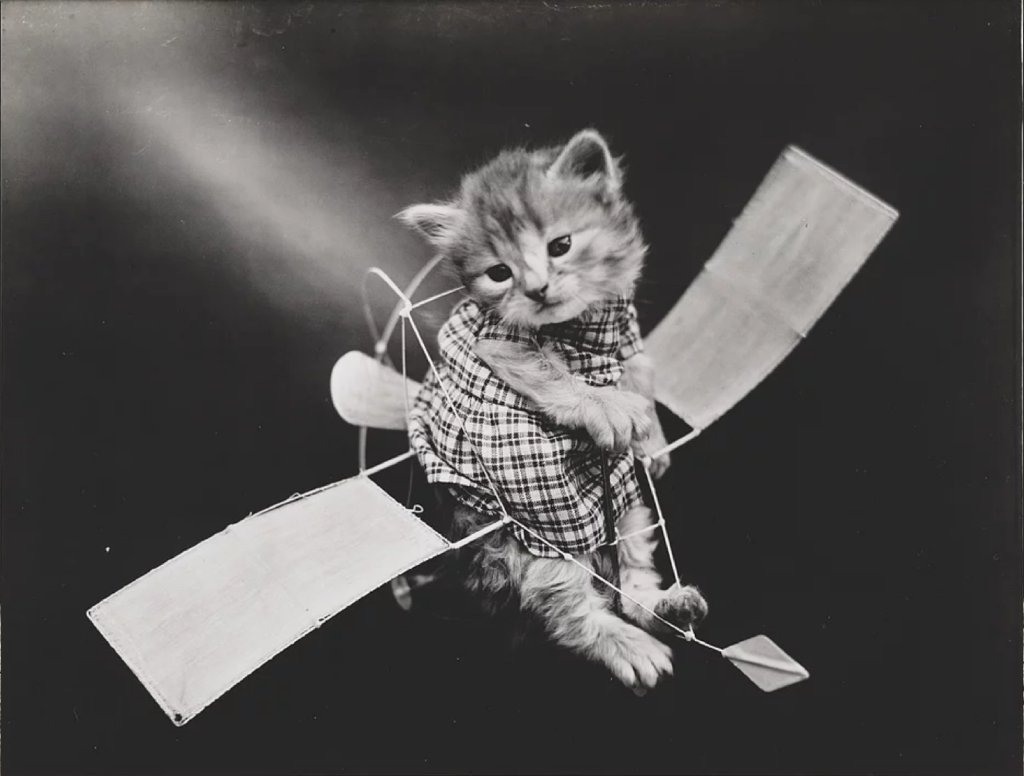 Oddly, Frees only worked for 3 months every year because he said taking these photos was stressful. 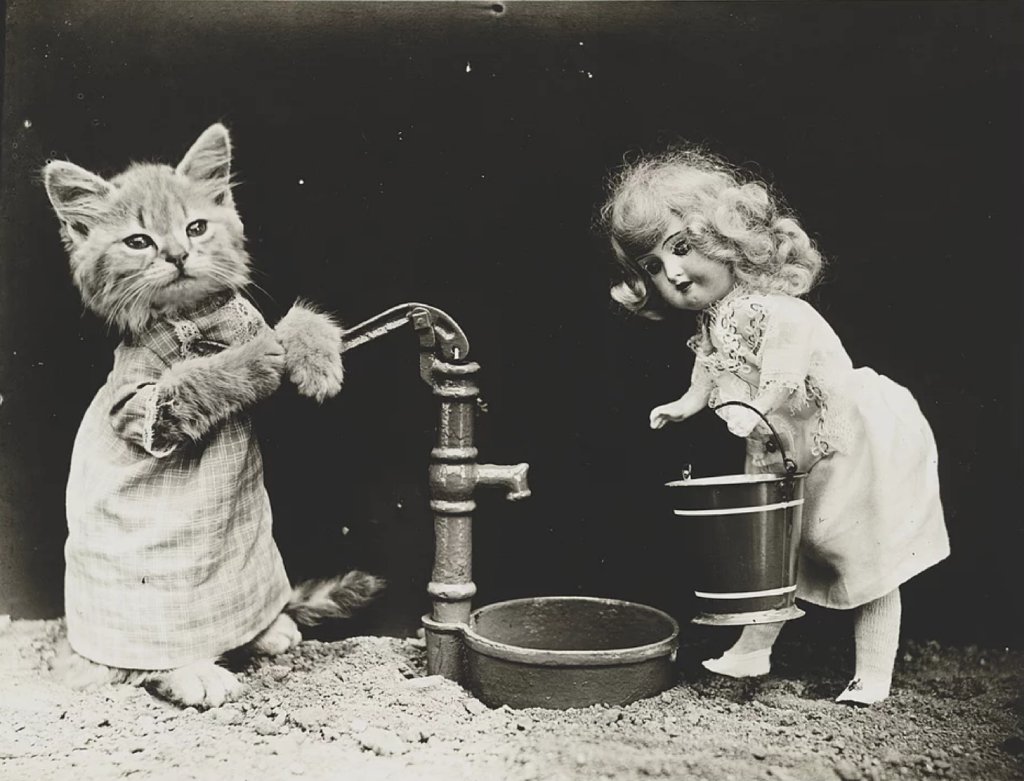 Frees also followed the idea of an old cat lady as he was never married, instead deciding to take care of his aging parents. 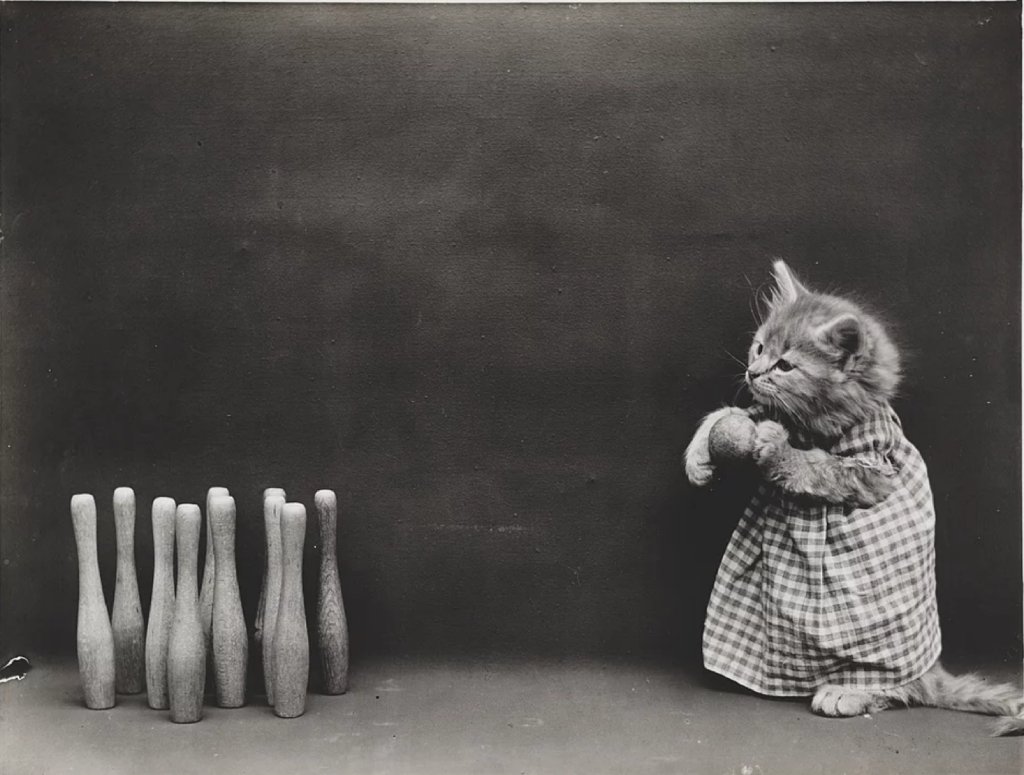 Frees cannot be held entirely responsible for the pictures, however, because his housekeeper made each and every little tiny costume. 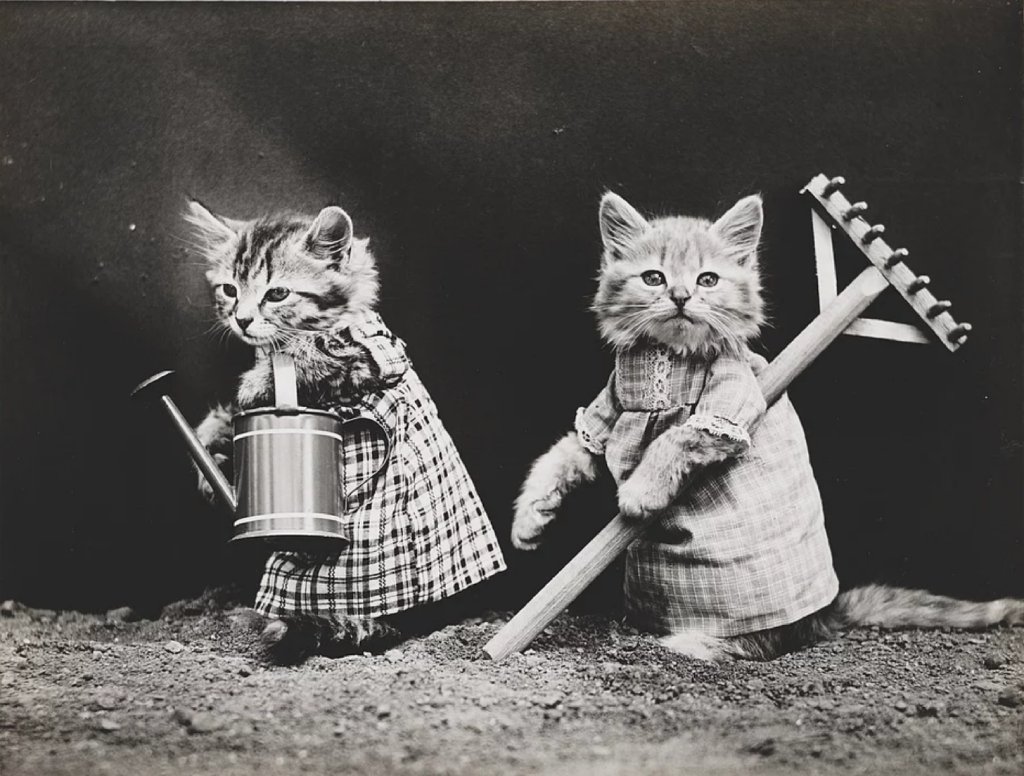 Life magazine described Frees as "the most famed U.S. photographer of dressed-up animals," which is now what I'm hoping to have written on my tombstone. 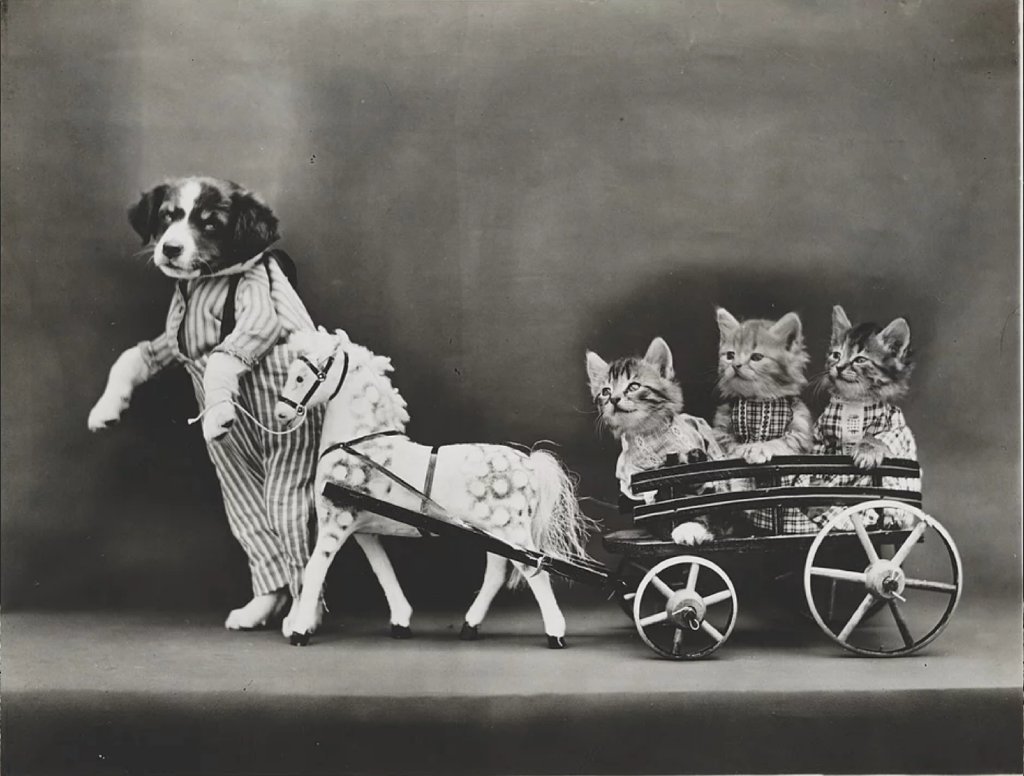 In case you're wondering whether these animals were uncomfortable being poked and prodded by forks for the photos, rest assured that Frees attributed his success to "kindly treatment" of his animals. 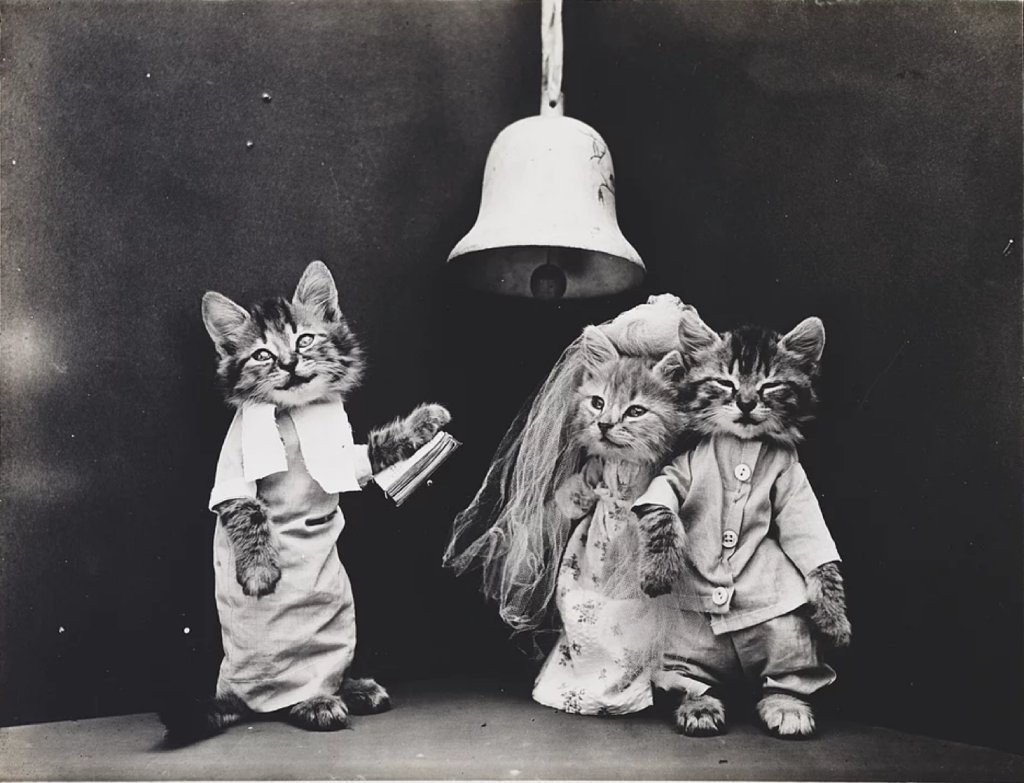 Life magazine went so far as to say so animal cruelty organizations ever accused him of acting poorly toward his rented actors. Most even said they enjoyed his work. 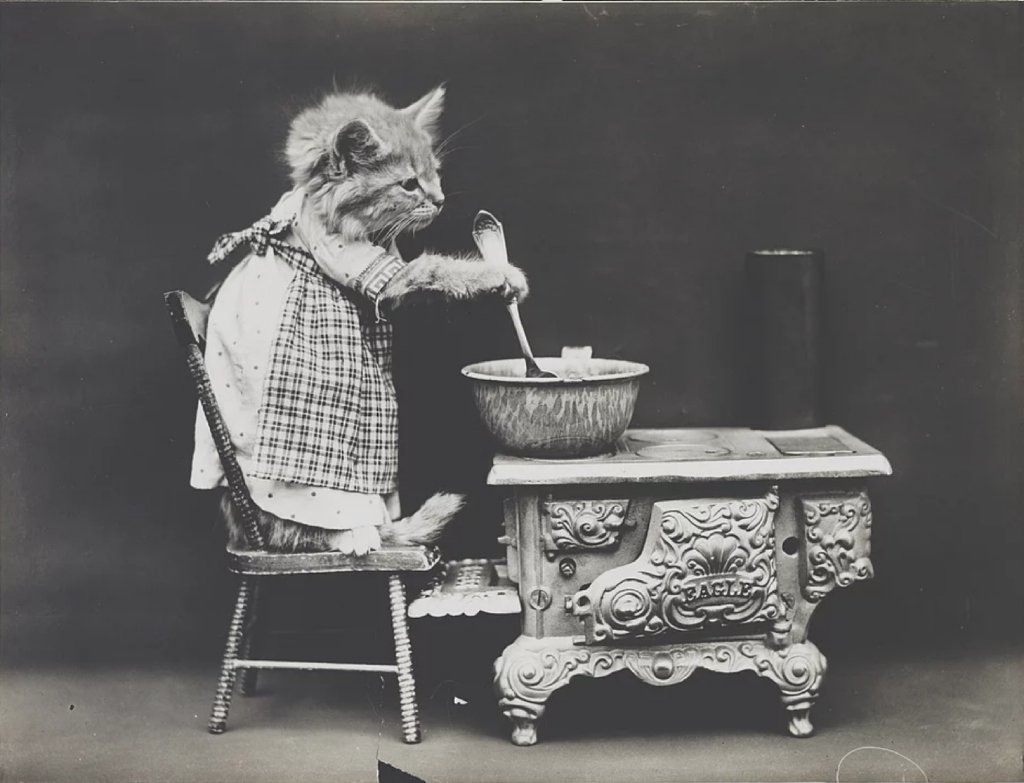 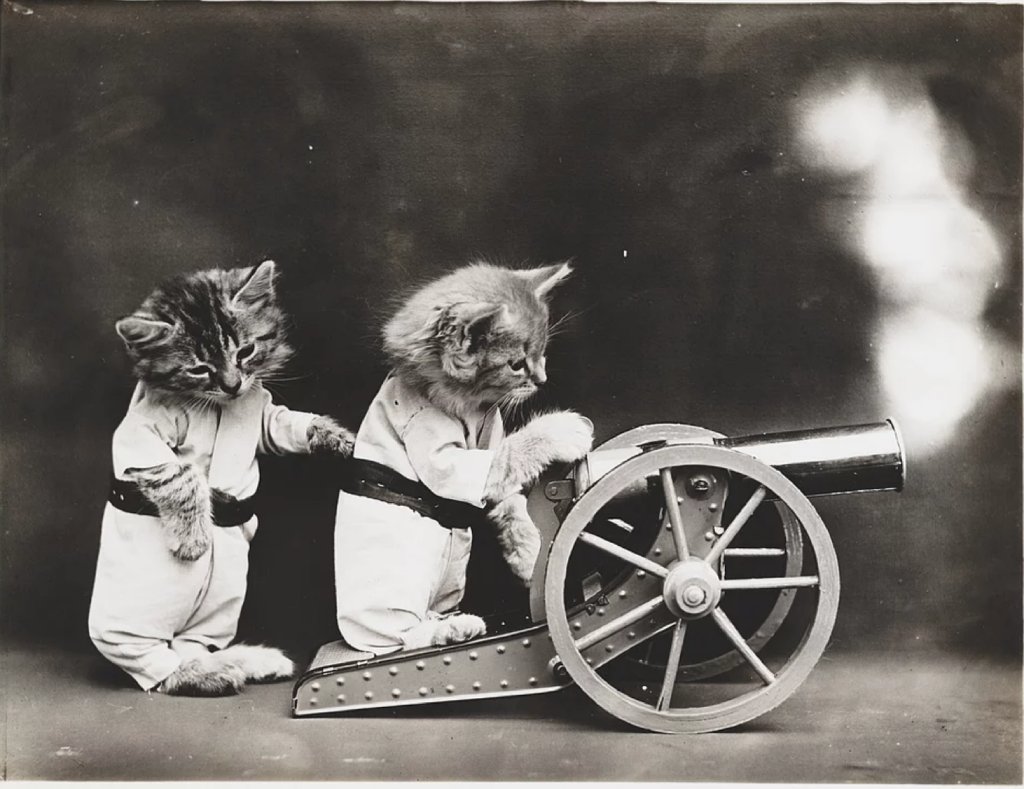 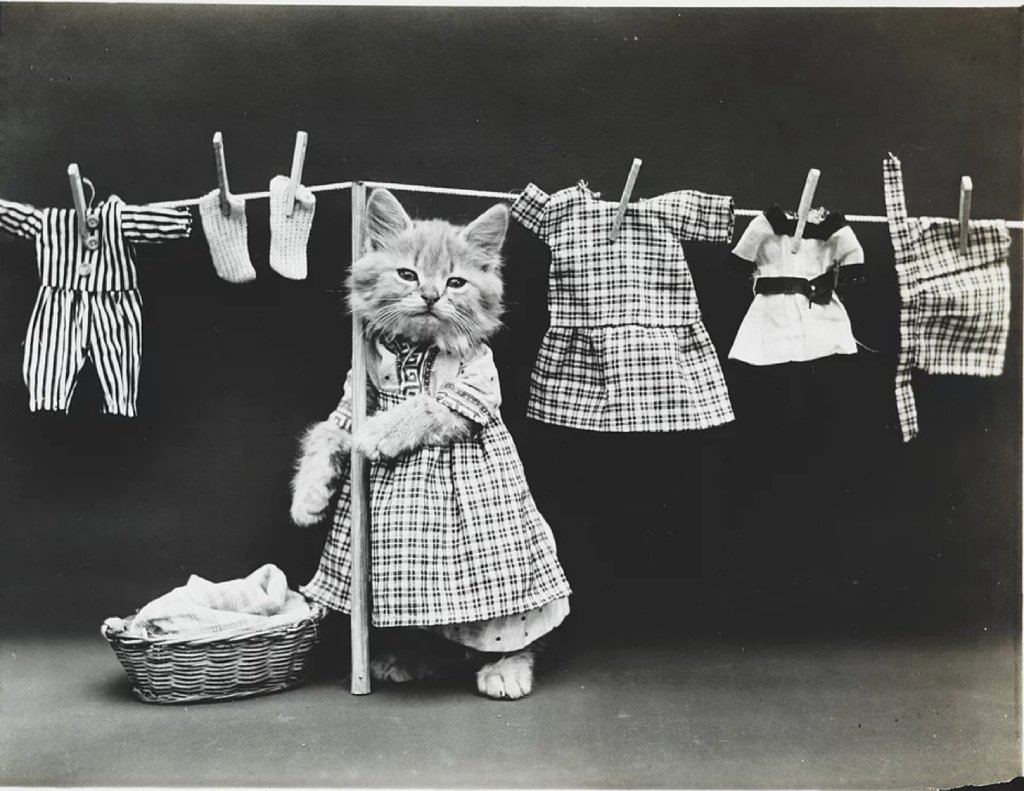 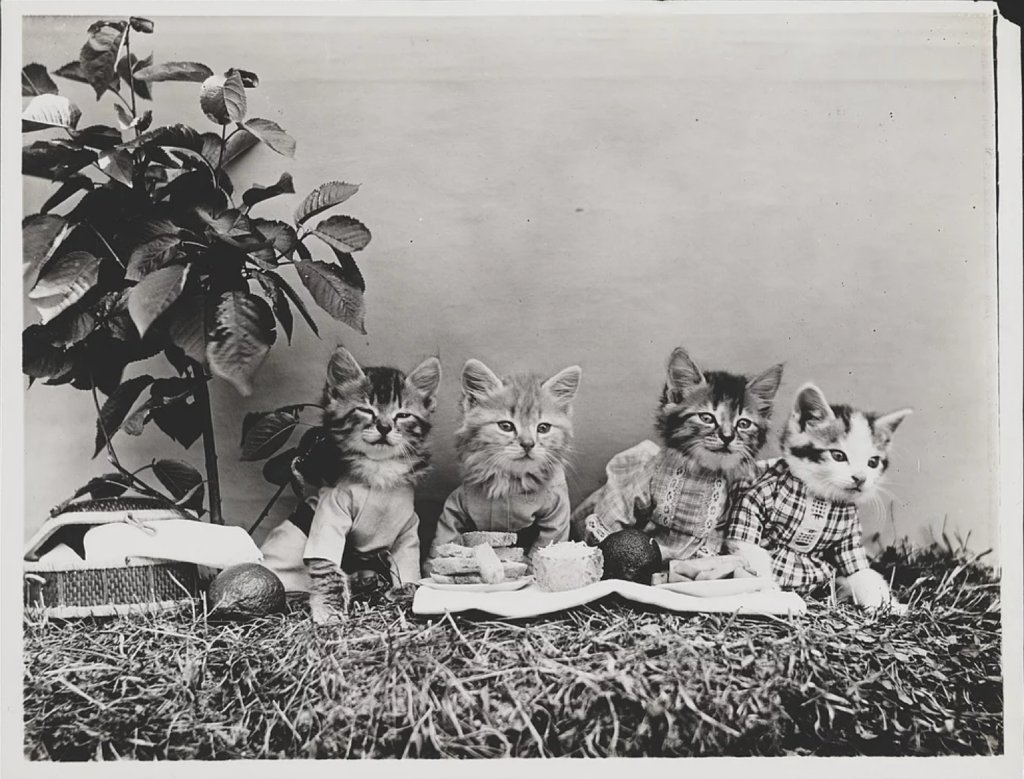 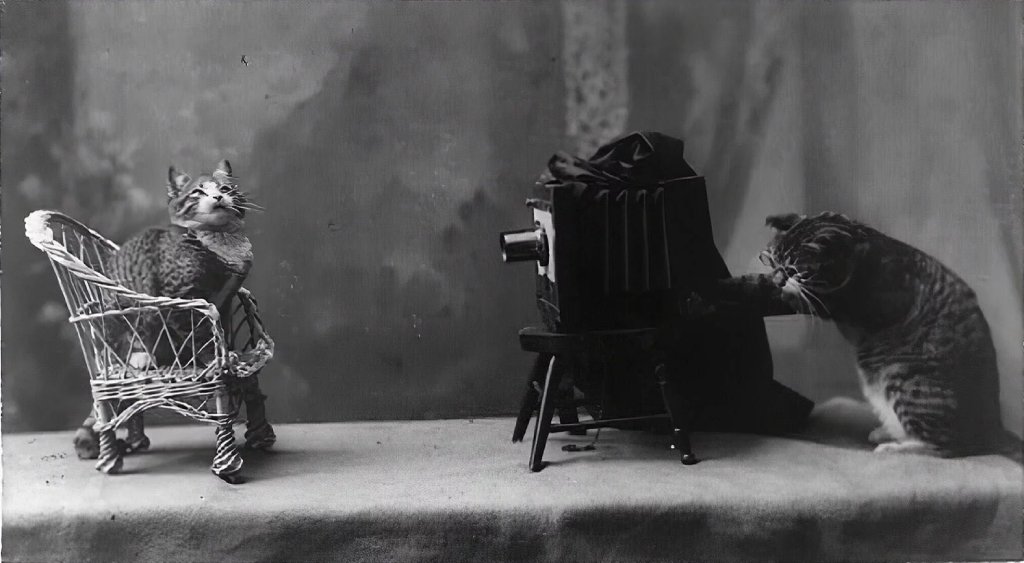 And if you're more of a dog person, he's got some great puppy photos too.