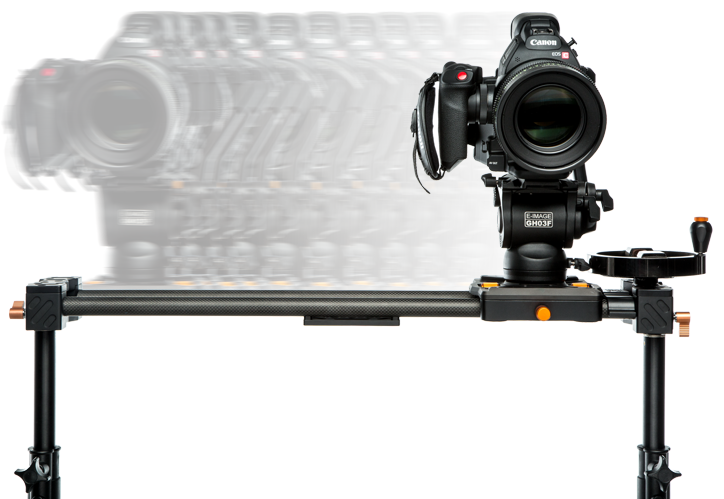 Digital photographers have many amazing options opened up to them by advancing camera technology. One of the greatest things I love about this new age of digital cameras is the fantastic videography capabilities of our new cameras.

Now, some of you are already videography experts, so you may not need to learn all about sliders and basic slider techniques. But if you were like me and an expert in still photography who jumped into doing simple video shots somewhat recently, read on.

What Is a Slider? 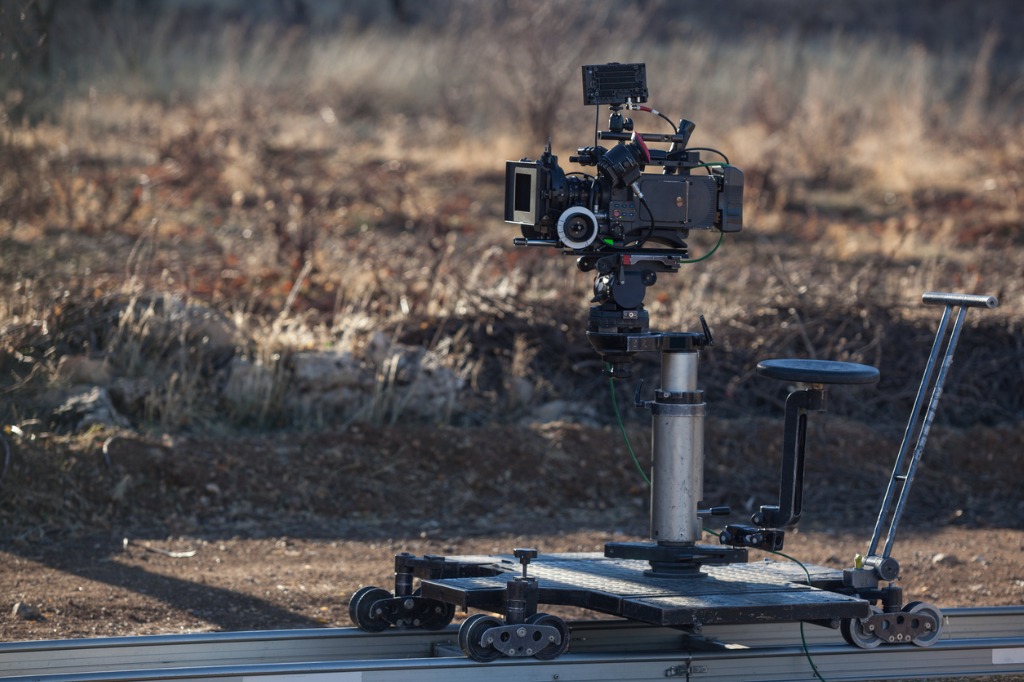 photo by selimaksan via iStock

A slider is a device that allows your camera to move while you are recording. The motion is different from the panning or tilting motion, it is movement across a path. That path can be from side to side, front to back, or diagonally.

Essentially, a camera slider is a small scale dolly with its own built in track for movement along a short path. Camera dollies are used in major motion picture or television productions that use large crews. A slider can be used by a one man operation. 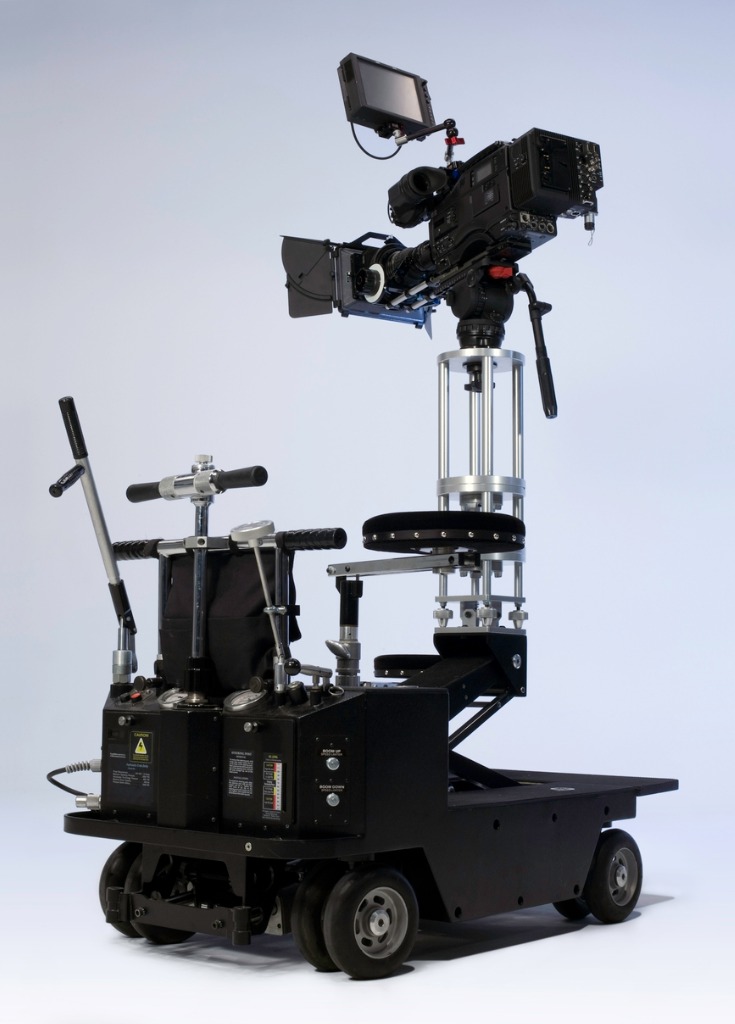 photo by gdagys via iStock 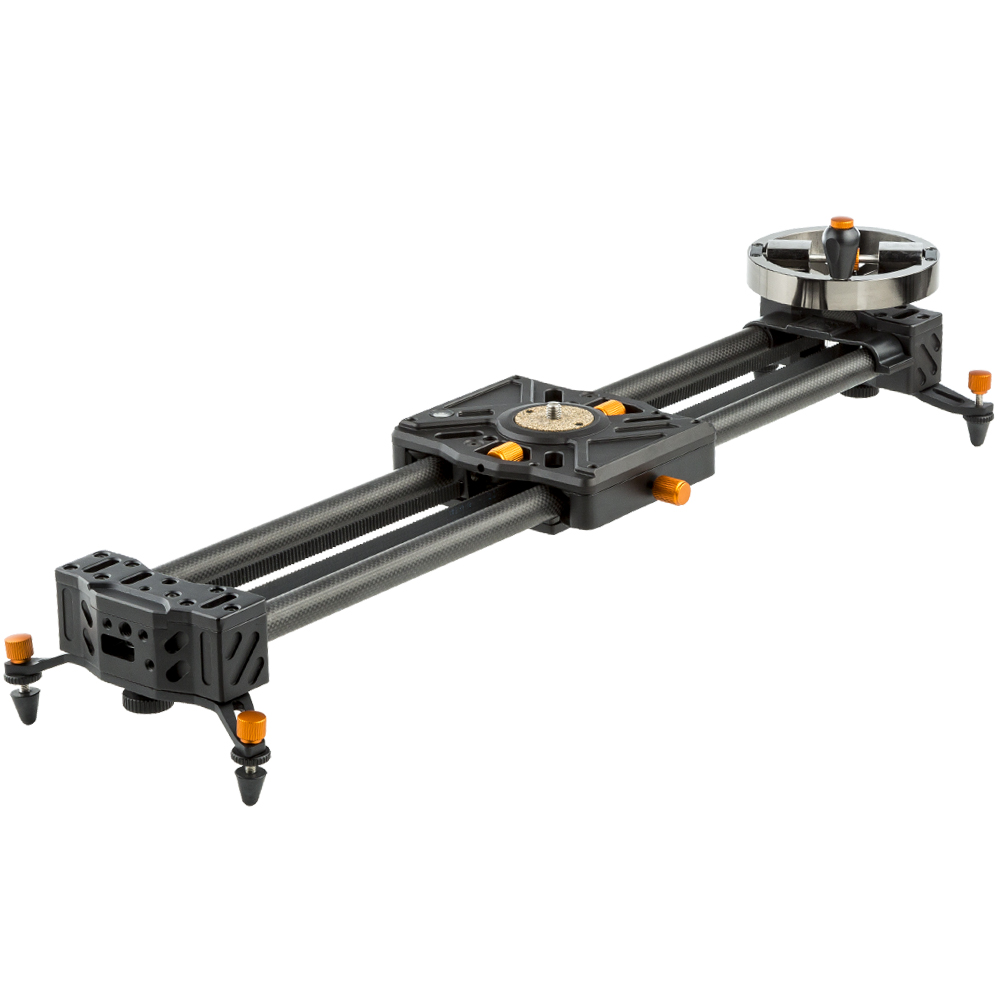 Camera sliders like the Ikan ES70 27” carbon fiber slider are light enough to be easily transported and set up all by ourselves, can be operated with easy to implement camera slider techniques, and cost about the same as a decent simple prime lens or a high quality video light.

Why Use a Slider? 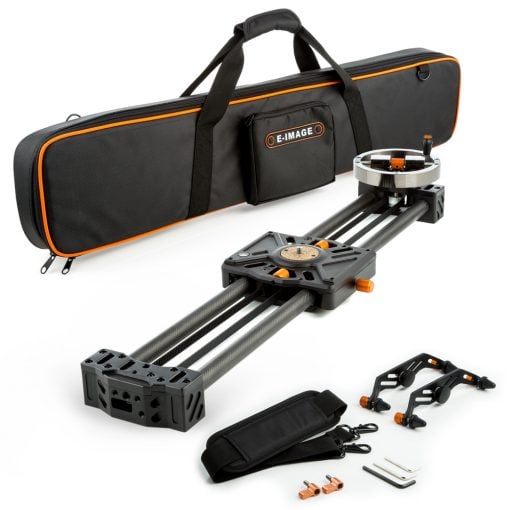 In one word: motion. Videography is a modern evolution of motion picture photography or cinematography. It is movie making. Back in the mid to late 1800s when this art and science first started, it was a big deal. Motion pictures present on screen a realistic representation of the world that even the best still image can never do.

With much of my still photography, I am striving to keep my camera still. For motion filming, videography, I am presenting movement to my audience and smooth camera movement can add to the art of the motion picture.

Why not simply lock the video camera down like I do with still photography? That would ensure a steady view. But, unlike a still image, a video recording interacts differently with the viewer’s brain. 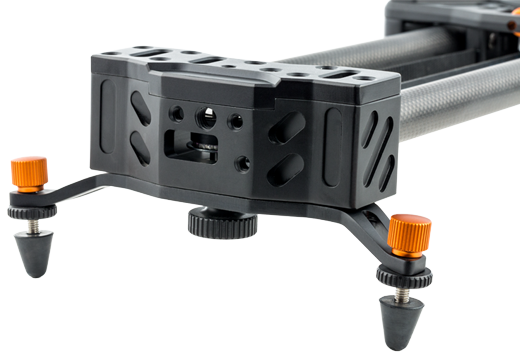 As we watch the world in action around, we are constantly moving ourselves, even if in very small ways. For instance, you may be sitting in a chair but your head is moving, your eyes are moving, you probably adjust yourself from time to time in the chair.

When viewing a video that is a static view, we tend to get bored pretty quickly. No matter how exciting or interesting the dialog is, the visual element also needs to adequately engage the viewer. Panning, tilts, zoom, and physically repositioning the camera can accomplish this task for us. (Shooting B-Roll and good editing also helps.) 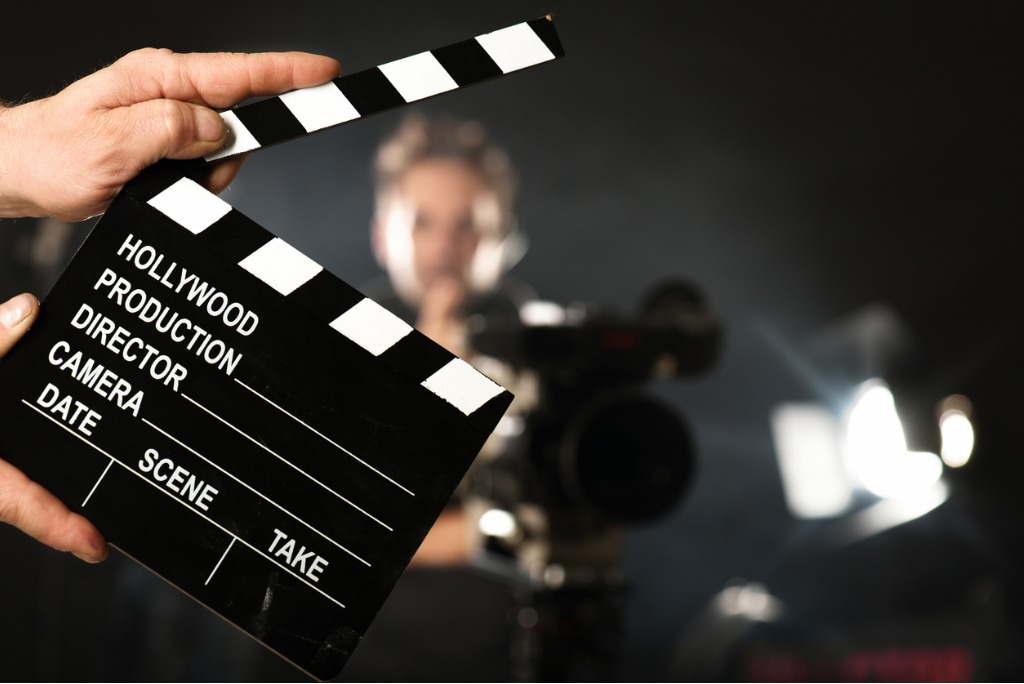 photo by lisegagne via iStock

Most of our simple video shots won’t need to adhere to the finely tuned crafting of scene and shot lengths like we see on TV or in the theater, but we can still incorporate some ideas from these disciplines.

Despite what our preconceived notions may tell us, scene length and shot length in cinema and TV are very short. A scene is a part of a story or or production that is somewhat like a subheading in an article or outline. A shot is a piece of the action filmed without a cut.

The average scene length in the last 40 years of movies varies from 1 to 20 minutes but evens out at about 3 minutes. The average shot length within the scene is much shorter, 2 to 12 seconds. That’s right! Less than 12 seconds. 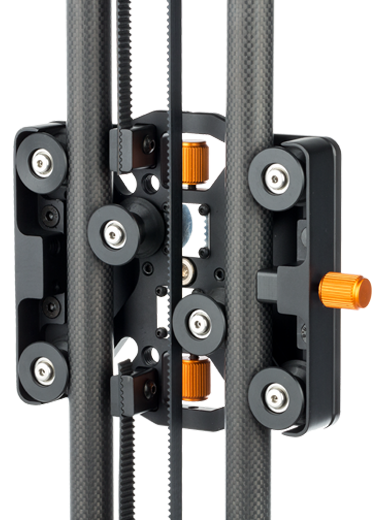 Now, for my own video productions, I’m not going to edit that heavily. It would take me weeks to create a 5 minute instructional video all by myself if I tried. That’s where a camera slider like the Ikan ES70 comes in.

By adding dollying slider motion to my shots, I can get away with much longer shot lengths for my type of video productions. Camera slider footage allows me to edit less and yet still have good viewer engagement.

How to Use a Slider 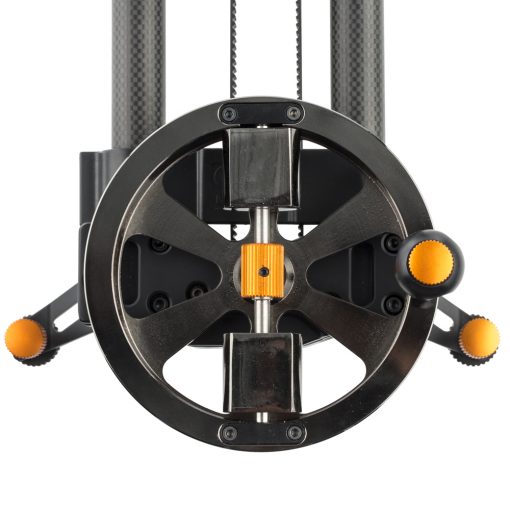 Now that we studied the films of Martin Scorsese, Bong Joon-ho, and Greta Gerwig for shot and scene length, let’s look at camera operation and basic slider techniques.

The Ikan ES70 slider can be mounted on a tripod, a table, or the ground. We attach our camera to it with a geared or fluid video head and then we’re ready to shoot. There are three main types of slider or dolly shots we can readily incorporate into our videography workflow. 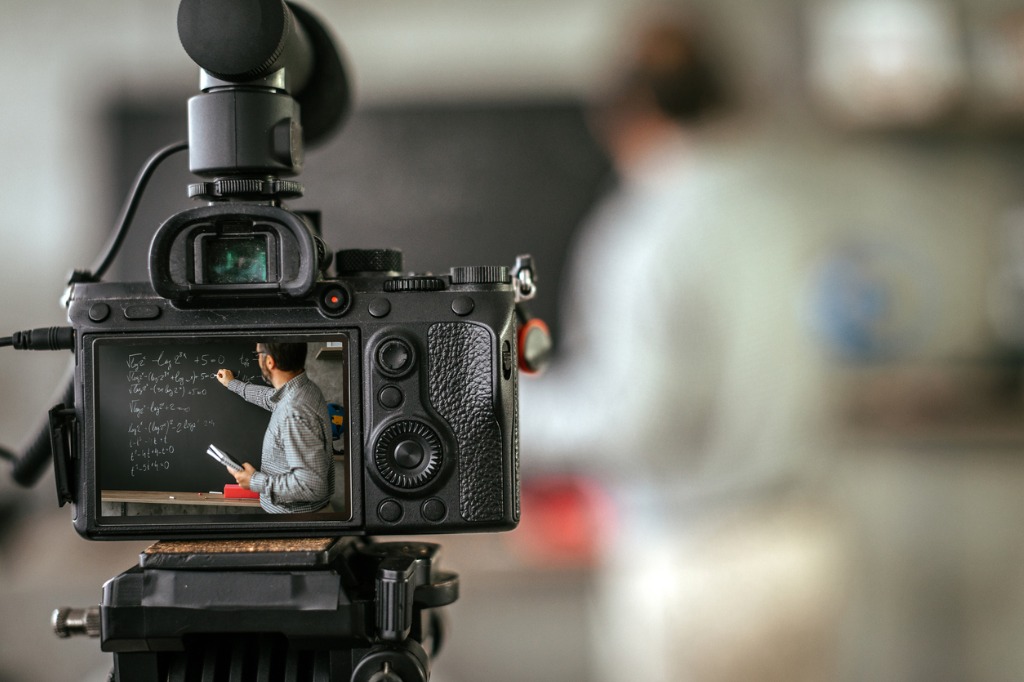 Perhaps the most simple of basic slider techniques,  moving the camera from one side of the slider to the other accomplishes a lot of viewer engaging motion with little effort and fuss for us.

In an instructional video, we could slide over to the next subject or the next part of an item we're teaching. Having a longer slider like the 27” of the ES70 is very beneficial as the longer slide appears more natural. 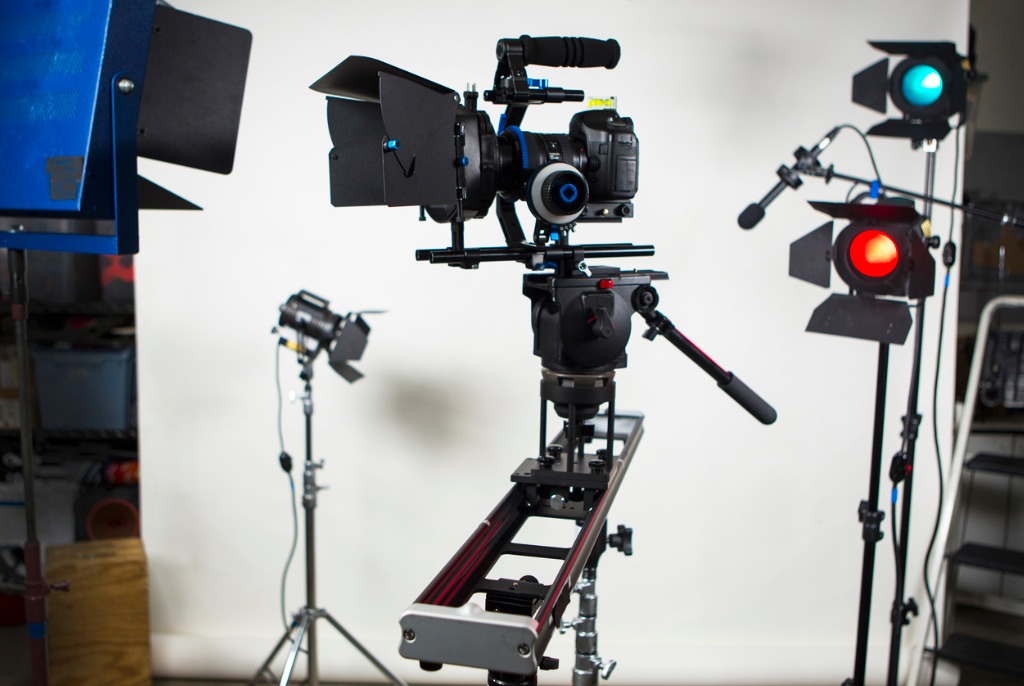 photo by dpmike via iStock

Or vice versa, this movement can replace or enhance zooming in or out. It’s really useful for transitioning from an opening or establishing shot to the actual action of the scene. 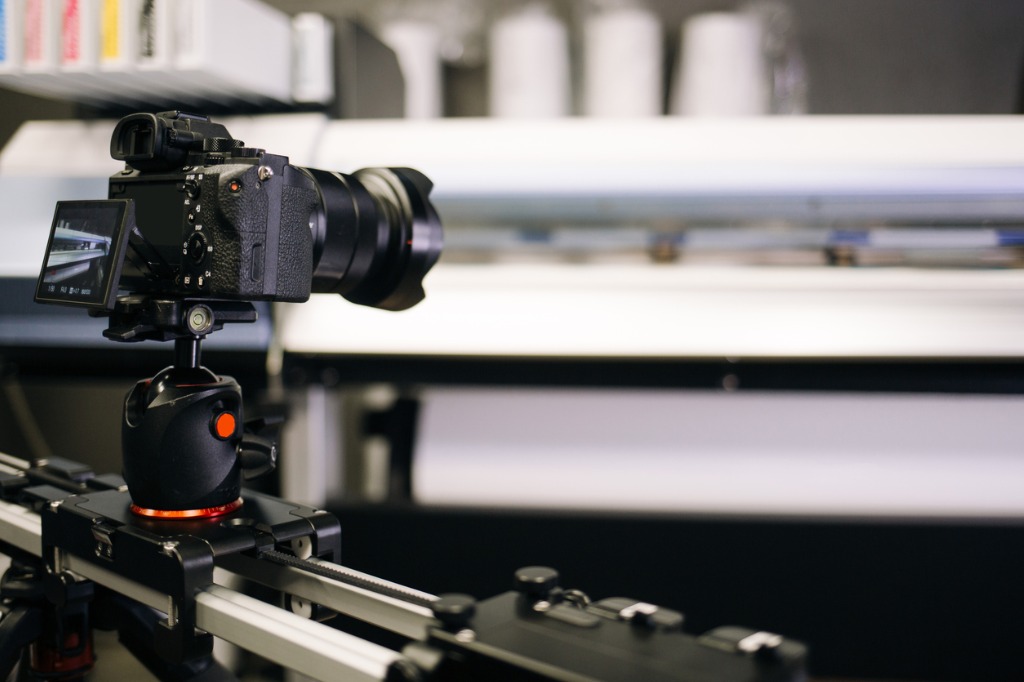 photo by Anton Minin via iStock

Adding an interesting twist is diagonal movement, either deep or shallow angles in addition to the 45 degrees that readily comes to mind. 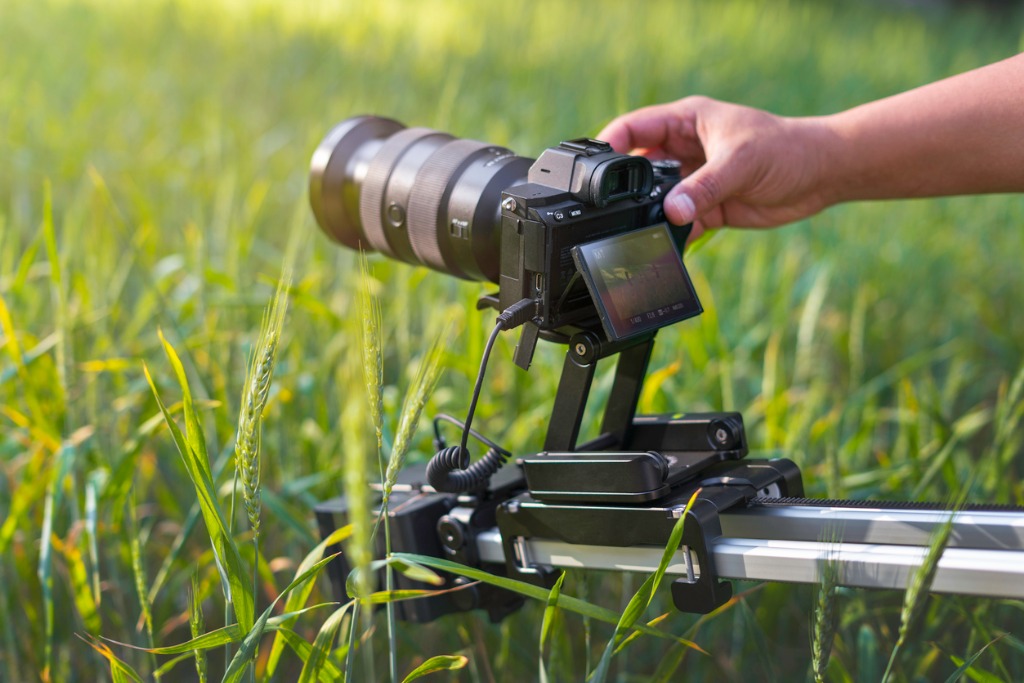 photo by isil terzioglu via iStock

Just like the side to side motion but in a vertical plane instead of a horizontal one. You will probably need to attach the slider to a tripod or camera stand for this camera slider technique. 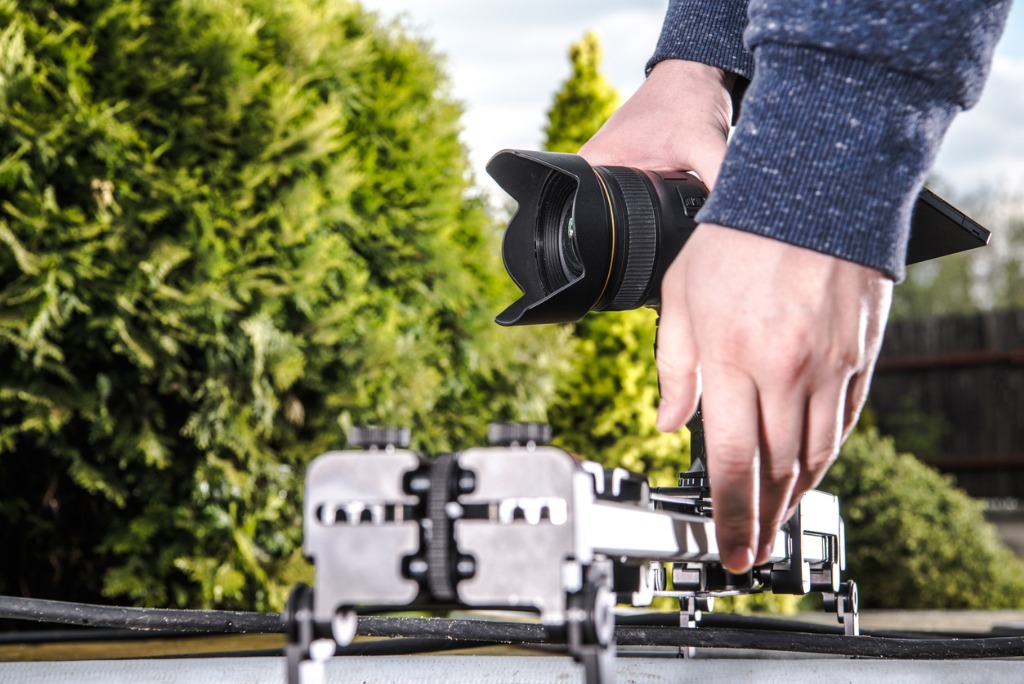 photo by welcomia via iStock

Going beyond basic slider techniques, you can combine follow focus, zooming, panning, and slider technique for camera slider footage that will blow you away with how well it engages the end viewer compared to merely putting the camera on top of a tripod. 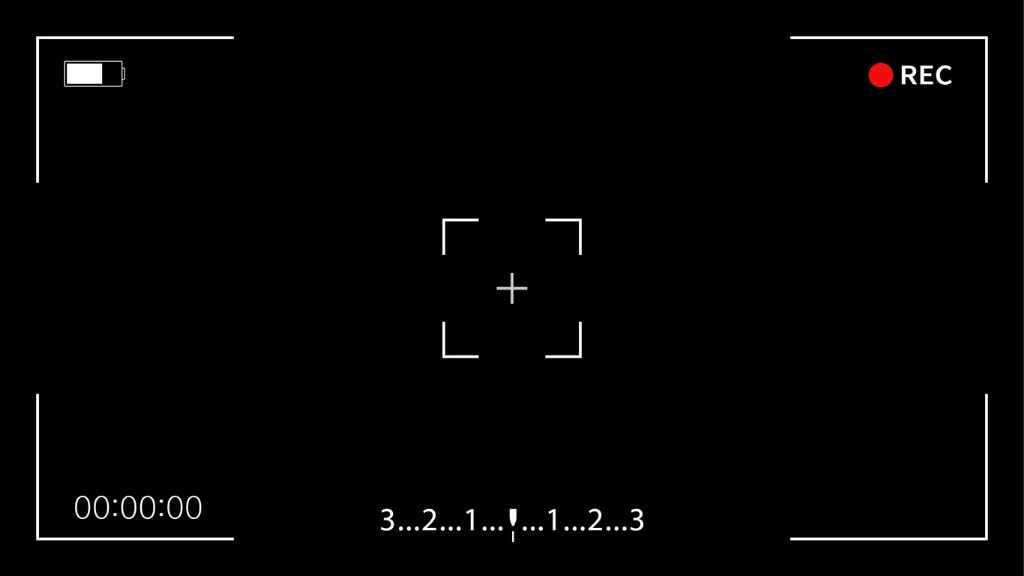 photo by Omadbek Nabiev via iStock

Current DSLRs and mirrorless digital cameras have outstanding quality and features which you can use to create fantastic video.