7 Mistakes You're Making With Your Photos (and How to Stop) 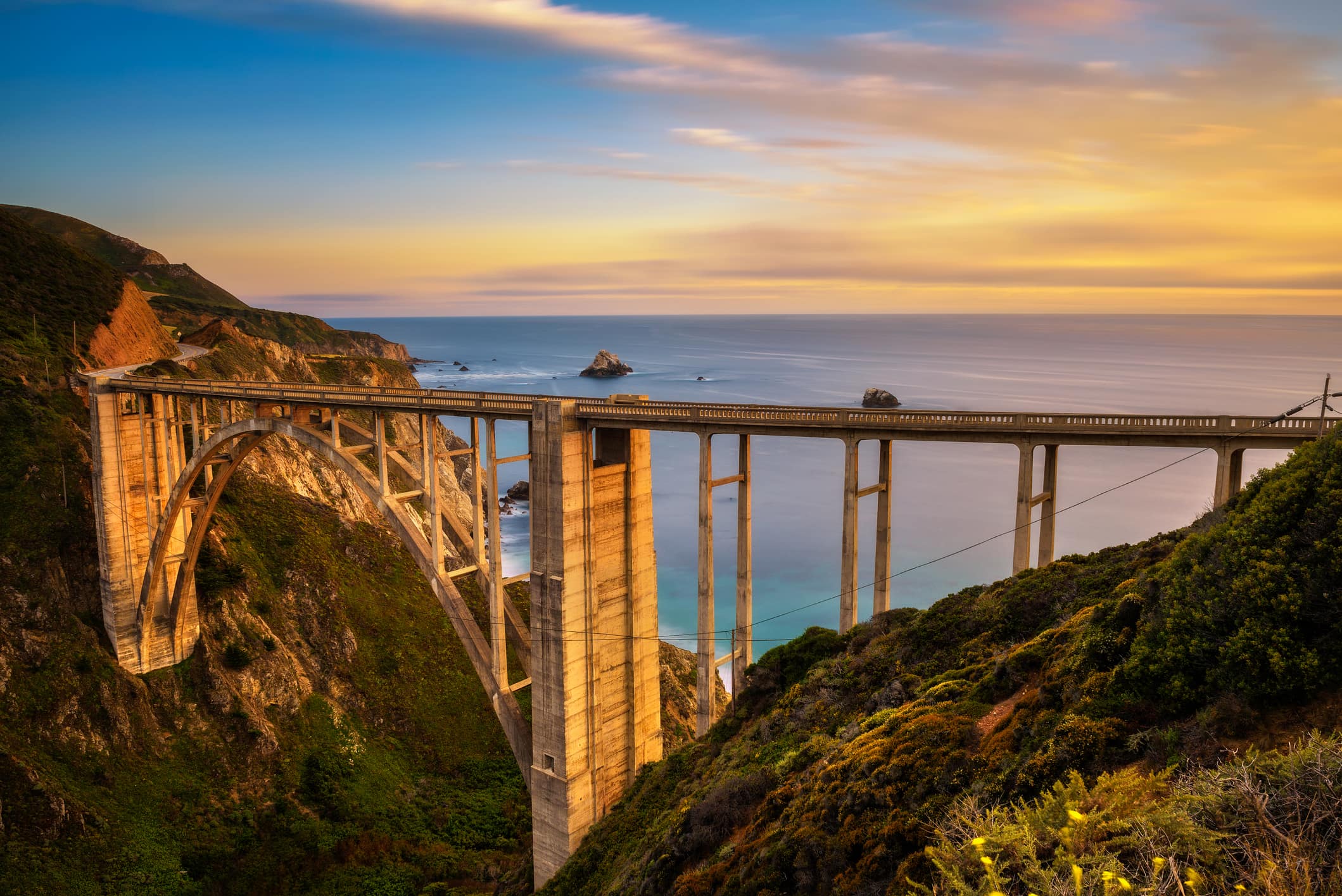 Mistakes are just part of being a photographer, particularly for beginners.

It's a fact of life, but it doesn't mean that you can't work to minimize mistakes and take better photos.

And when it comes down to it, there are just a handful of photography mistakes that derail most people's photos.

Here's a look at 7 mistakes beginner photographers make and what you can do to avoid them. 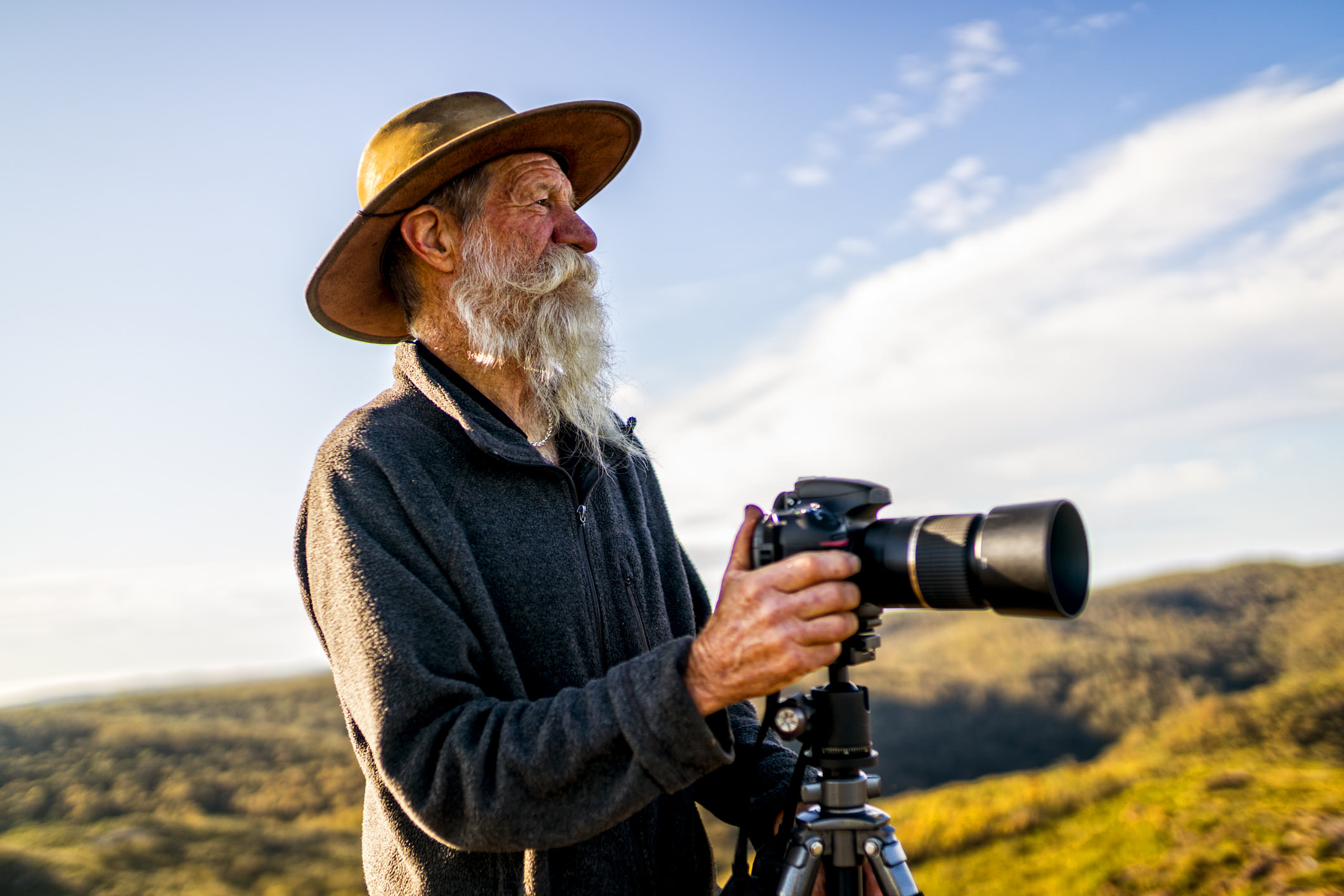 Granted, sometimes you want blur in your photos, like the background of a portrait or the motion of a moving object.

However, before you can intentionally blur photos, you need to learn how to get tack-sharp ones.

The most likely culprit of your blurry images is camera shake.

Camera shake occurs for a couple of reasons - the natural movement of your hands and body as you hold the camera and a shutter speed that's too slow.

In either case, using a tripod will fix the issue and give your camera the ultra stable base it needs to get sharp photos.

Another option is to adhere to the following rule of thumb: the shutter speed you use should be at least the inverse of the effective focal length.

That is, if you're shooting with a 50mm lens and a full frame camera, dial in a shutter speed of at least 1/50 seconds (or a smidge faster to be on the safe side).

If you're shooting with a 50mm lens on a crop sensor camera, you'd need to up the shutter speed to about 1/80 seconds. You can see what I mean in the video above by Moose Winans.

Another option is to increase the ISO, which increases the sensitivity of the camera's sensor to light. Doing so in low-light situations is especially helpful because the more sensitive the camera is to light, the faster the shutter speed you can use. 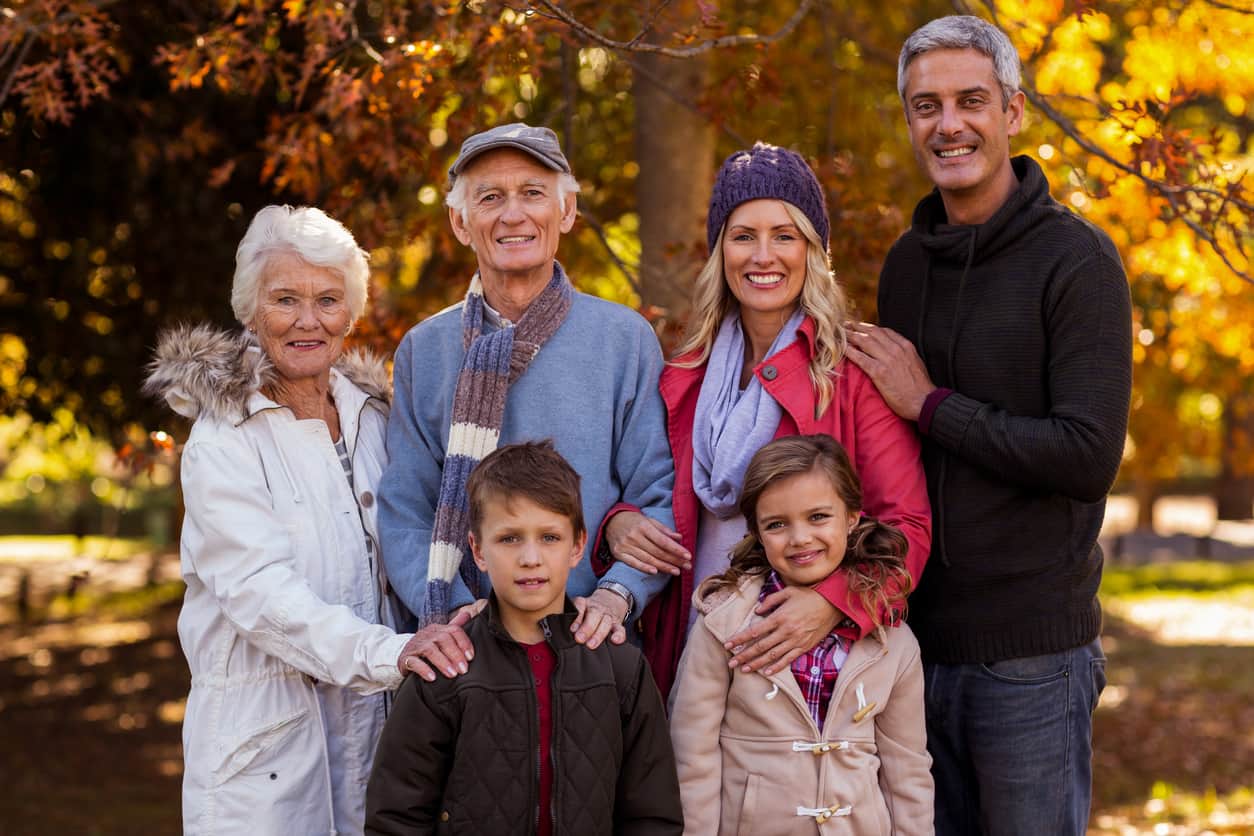 This is sort of a catch-all category of minor composition problems that I often see in beginner photos.

One such problem is having elements either protrude into the shot or they get cut off.

A perfect example is when you're taking a portrait, and there's a tree branch poking into the side of the frame (like the one on the right side of the photo above). Or, alternatively, you cut off the top of a person's head or cut off their feet in their portrait.

The fix for these issues is easy - check the frame!

It takes just a couple of seconds to scan the image in your viewfinder and make adjustments to the framing or your shooting position to rectify the problem. 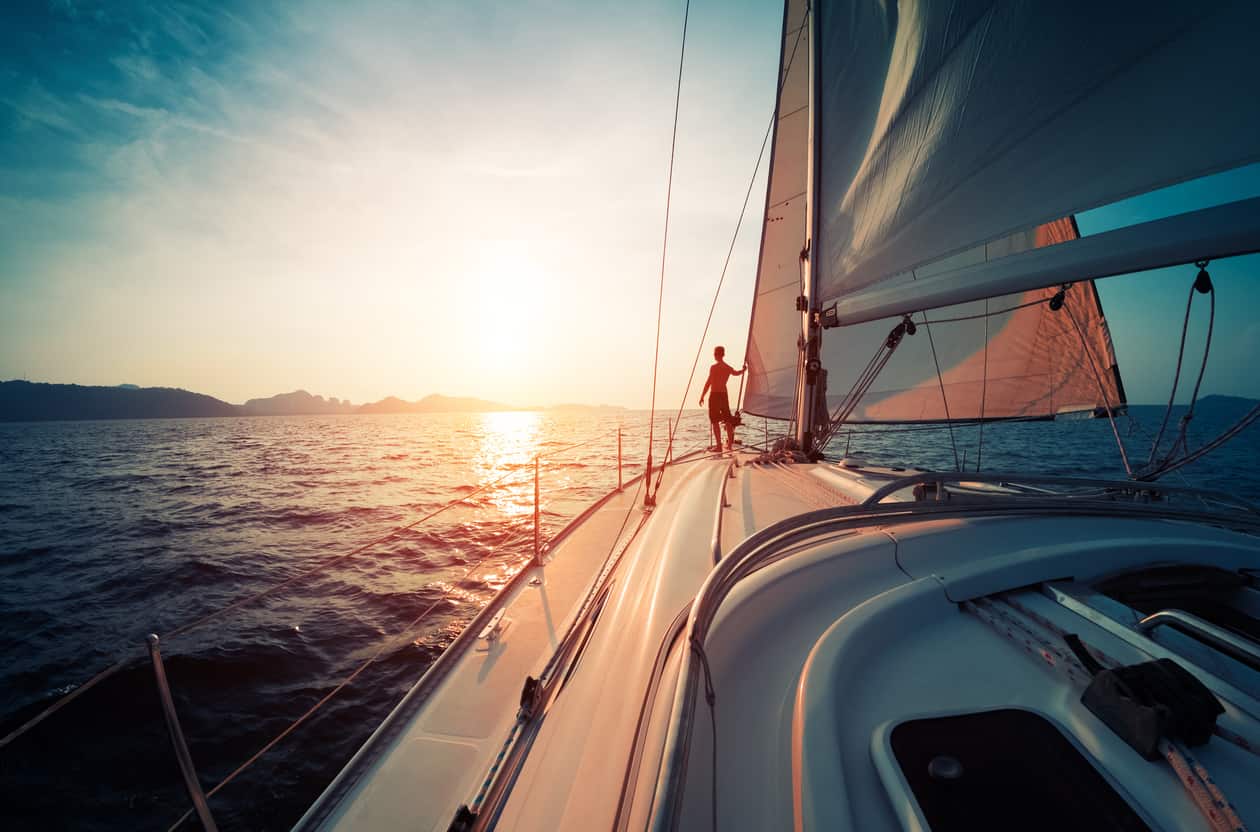 Another minor mistake that has major implications on the quality of your photos is having a crooked horizon in your landscape shots.

There's really no excuse for this these days because there's just too many tools at our disposal to get nice, level horizons.

Many cameras have a virtual horizon feature, and if they don't, you can turn on the Rule of Thirds overlay and use one of the horizontal gridlines as a guide.

What's more, many tripods have built-in bubble levels, and you can get a bubble level to put on the hot-shoe mount of your camera. 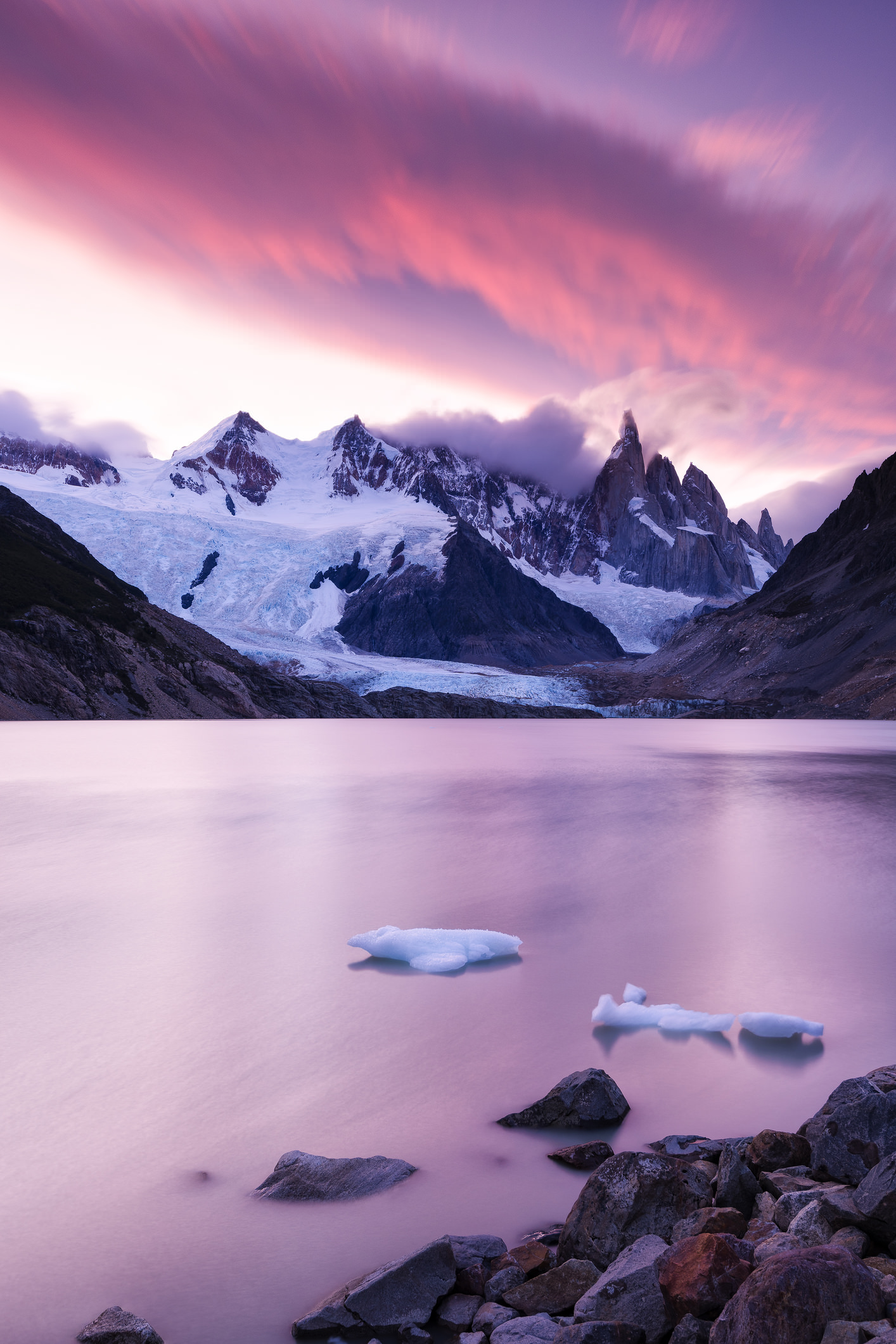 When you're out shooting, try not to rely on horizontal or vertical orientation.

Instead, mix it up and take multiple shots in each orientation of the subject.

Though landscapes are typically taken in horizontal format, a vertical shot might actually be better for the subject, as shown above.

Likewise, though portraits are usually taken in vertical format, a horizontal shot might be your ticket to a better photo. 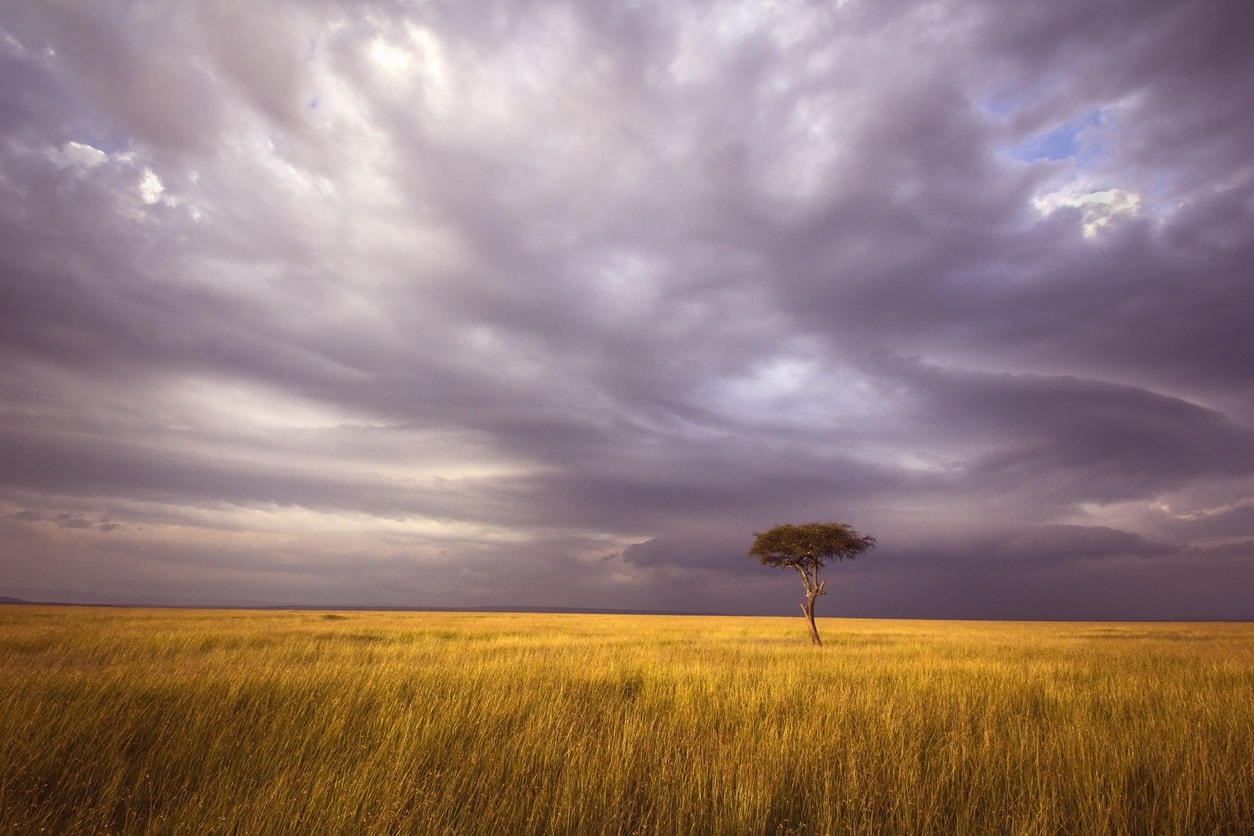 It might seem like a no-brainer that your photos need to have a subject, but it's surprisingly easy to take a photo without anywhere for the viewer's eyes to land.

Sure, you can shoot a scene that has gorgeous colors and excellent contrast and beautiful light, but if there's not strong content along with those qualities I just listed, the image will fall flat.

And don't think that a strong subject means that it has to occupy a ton of space in the frame (though, that helps...more on that in a bit). 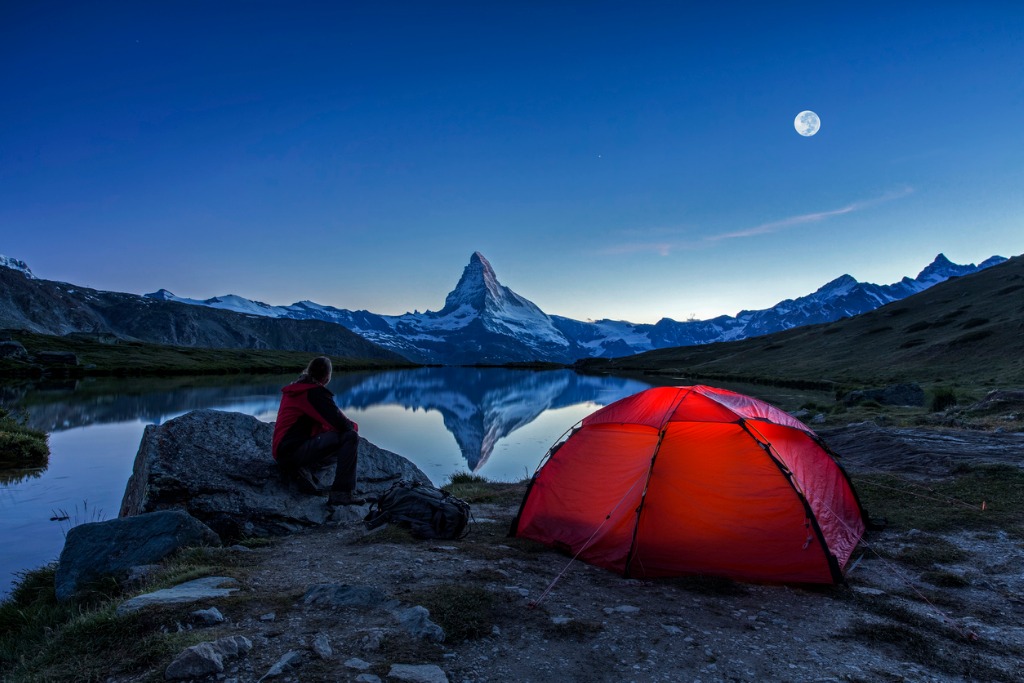 Instead, strong subjects can draw our attention because of their placement in the frame (by using the rule of thirds) or by their visual weight (by making them stand out with color or light).

Strong subjects can even be emotions or ideas, too.

The point is that when you look at your photos, ask yourself, "What draws my attention?" If you can't answer that question, you need to work on including a stronger subject.

Editor's Tip: When shooting landscapes, try adding a person to the shot. Even if the person is quite small in the frame, the viewer's eyes will be immediately drawn to the familiar human shape.

You're Too Far Away From the Subject

This is especially the case when beginners take portraits of strangers on the street.

It makes sense, too, because it can be a little intimidating photographing complete strangers.

But it's important not to work from far away and get your camera and lens nice and close.

The closer you are, the more detail you can reveal about the subject (no matter who or what it is) in your images.

Challenge yourself to fill the frame with the subject, as discussed in the video above by Visual Art Photography Tutorials. The more you strive to eliminate space around the subject, the more practice you'll get keeping nice and close. 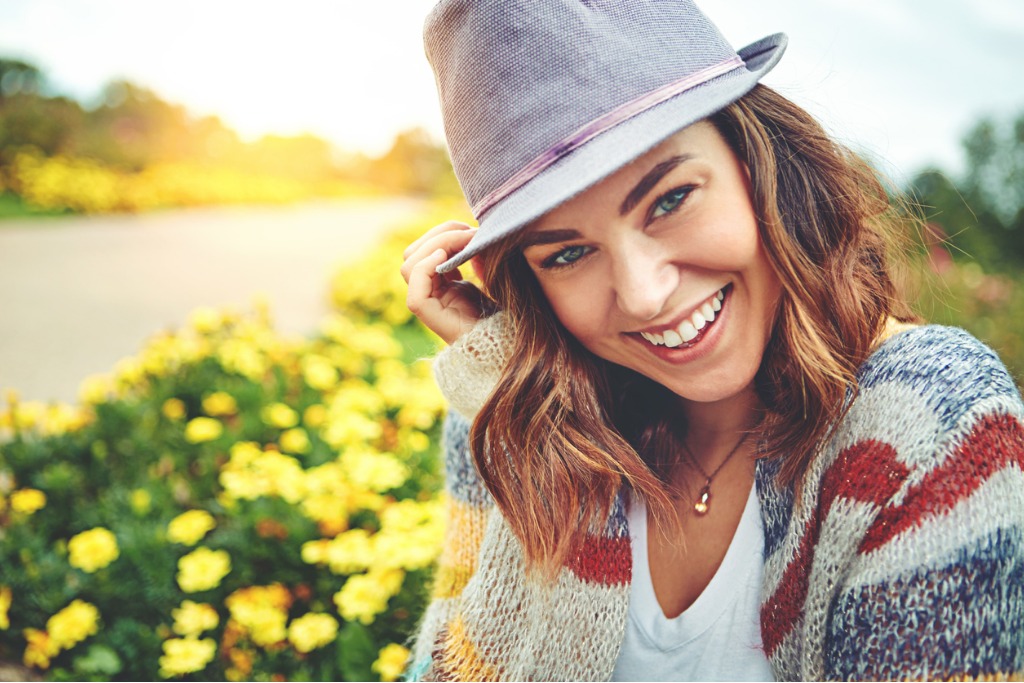 If you photograph a landscape, and lay out a dozen of your photos side by side, and there's no continuity between them, no cohesion, you've got a problem.

Now, this isn't to say that your photos need to look the same (see the next point), but when you photograph a subject, you want there to be some way for viewers to connect the dots between the different images. 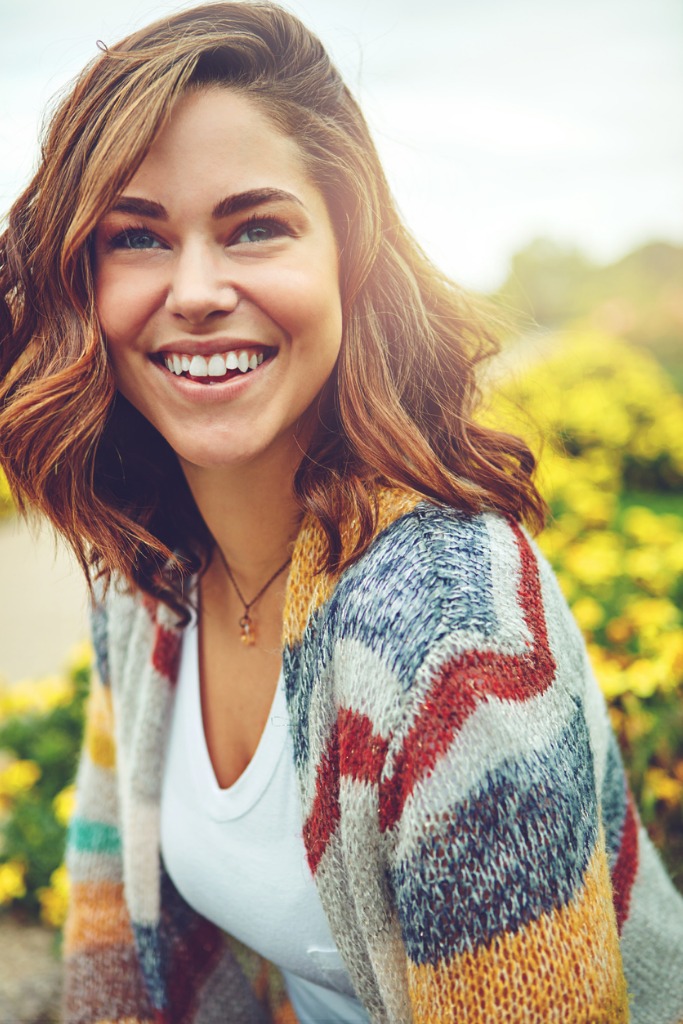 This can be done in a number of ways, from the lighting to the manner in which the subject is framed to the way the images are processed.

In other words, try not to think of your photos as single moments, but as one part of a larger whole. If you can do that, you'll find your photos will have more consistency.

Editor's Tip: The best way to develop a cohesive look in your images is to shoot more. You will only develop your creative eye and your personal photography aesthetic with practice!

Your Photos All Look the Same 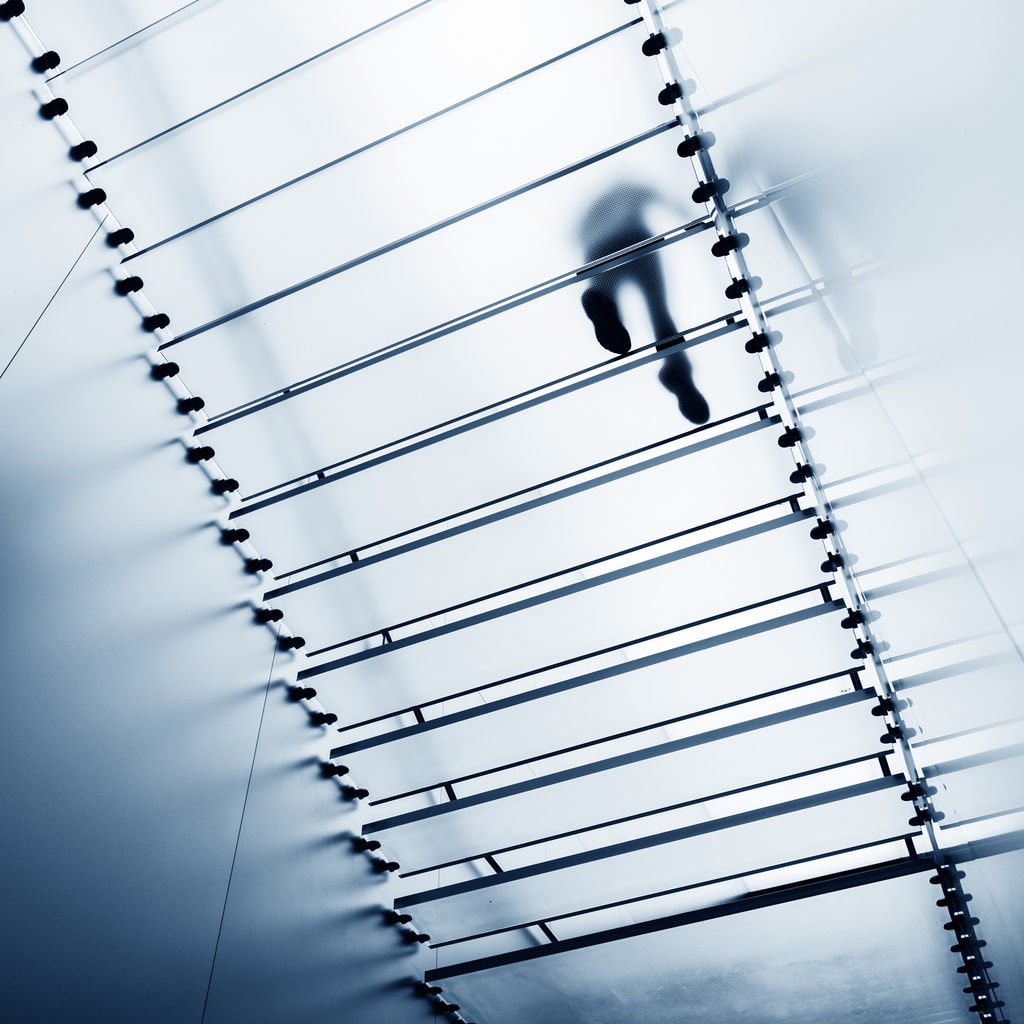 Of course, there is such as thing as too much cohesion...

Though you want a group of images of the same subject to have some connection to one another, you don't want them all to look exactly the same.

The most common problem that leads to same-looking photos is never changing the point of view from which you shoot.

If I had to hazard a guess, I'd say 75 percent of photos are taken from the photographer's eye level.

But if you get into the habit of altering your perspective and taking photos from higher up, lower down, to the left and right of where everyone else is shooting, you'll find that you're able to show viewers a different take on even the most famous subject matter. The image above demonstrates that point!

You Process the Hell Out of the Image 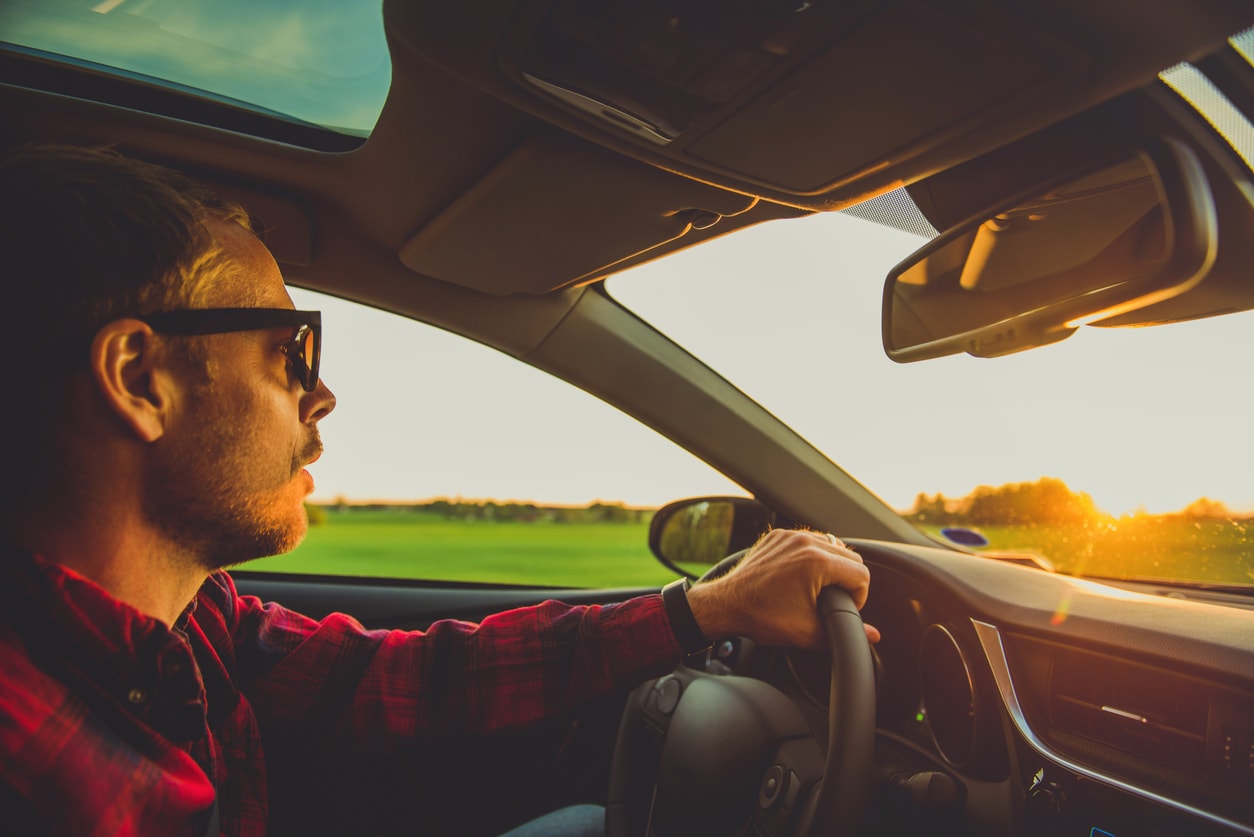 When I first started in photography, for every hour I spent taking photos, I spent at least twice that in post-processing hammering as much punch out of the shot as I could.

And while programs like Photoshop and Lightroom are there for a reason, in my experience, they aren't intended to be a way to process the bad parts out of your photo. All that gets you is a photo that looks overprocessed, and that's not a good thing.

Instead, think of post-processing as putting the final touches on your photos.

Instead of hammering your photos to death like I used to, try to massage their good qualities by enhancing things like color, contrast, saturation, levels, and so forth.

The keyword here is massaging those details. If you strive to get as many details as right as possible when you take the shot in the first place, you'll have less that needs to be done in post-processing, and less opportunity to overdo post-processing as well.

For some tips on how to make your photos look better in post-processing, check out the video above by Peter McKinnon.