Why Your Images Aren't Sharp (and How to Fix Them) 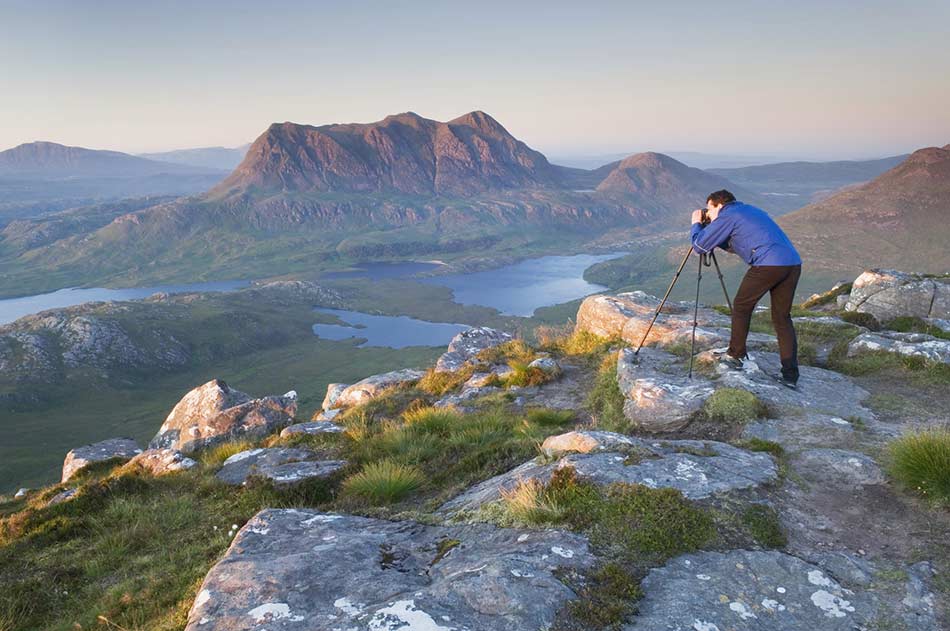 I don't think it's too much of a stretch to say that we all want to take photos that are sharp.

The bad thing about sharpness is that a lot can go wrong that diminishes the sharpness of your photos. This includes culprits like a subject that's moving, camera shake, noise due to a high ISO, and plain old bad focusing.

Some of these errors are self-explanatory - if your subject is moving and they appear blurry in your photo, it could be because your shutter speed is too slow. If there's a lot of digital noise in your images, it's because the ISO is too high.

On the other hand, some of these problems can be harder to figure out. Camera shake, for example, could be the result of a number of factors - a slow shutter speed, not using a tripod, windy conditions (even when using a tripod), or simply having hands that are a little on the shaky side.

The same goes for bad focusing. There are a variety of issues that could cause poor focus, including being too close to the subject, having your focus point in the wrong area of the image, being too quick on the trigger and taking a photo before the lens focuses, or having a depth of field that's too shallow for the subject to be nice and sharp.

But the great thing about sharpness is that there are a lot of ways to combat these problems so that you can create an image that is tack-sharp.

Let's have a look at a few of the best solutions to the problems outlined above. And don't worry - they are all solutions that beginners can handle!

Get a Tripod and Use it 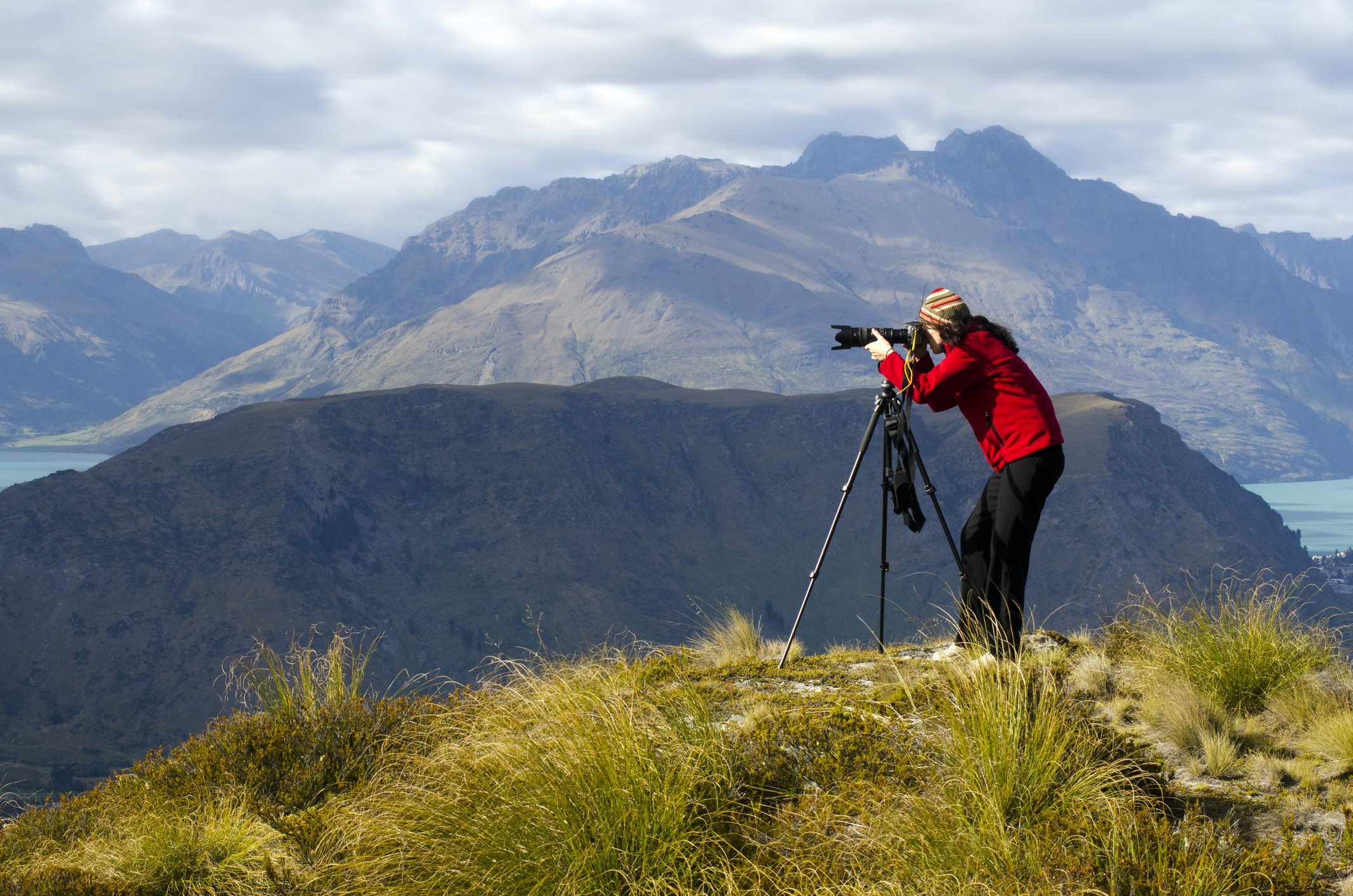 I'll be the first to say that I don't always enjoy carrying a tripod around...

But using a tripod is far and away one of the best ways to reduce blurriness in your images.

By giving your camera a stable base, you increase the likelihood that you'll get a sharp image.

That's because instead of depending on your hands, arms, and body for support - all of which move no matter how hard you try - you can put your camera on a tripod that isn't moving around.

Better still, you can enhance a tripod's ability to get a sharp image by improving its stability:

Sure, using a tripod can be less convenient, but if your images gain sharpness, that inconvenience is worth it, is it not?

Get the scoop on other benefits of shooting with a tripod in the video above from Adorama TV and Mark Wallace.

Get a Grip on Your Camera 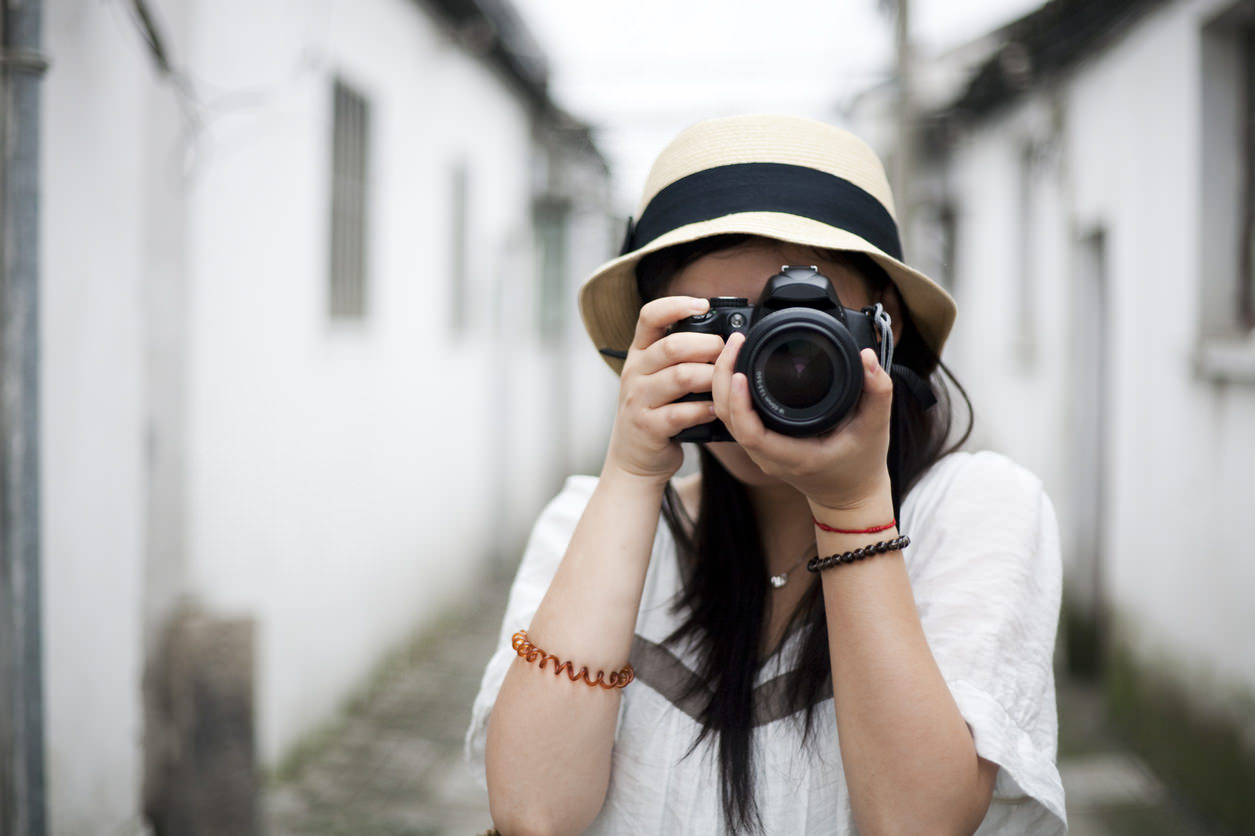 If you find that you're in a situation in which you can't use a tripod, your best bet is to learn how to hold your camera in such a way that you maximize its stability and therefore maximize your ability to get the sharpest photos.

That means you need to use both of your hands to support your camera - one firmly grasping the camera grip and the other underneath the camera and lens to lend it additional support.

What's more, if you bring your elbows into your chest, you can form a sort of a tripod with your hands, arms, elbows, and your chest working together to keep your camera still, just as you can see above.

There are plenty of other ways to keep your camera still. Check them out in this comprehensive tutorial. 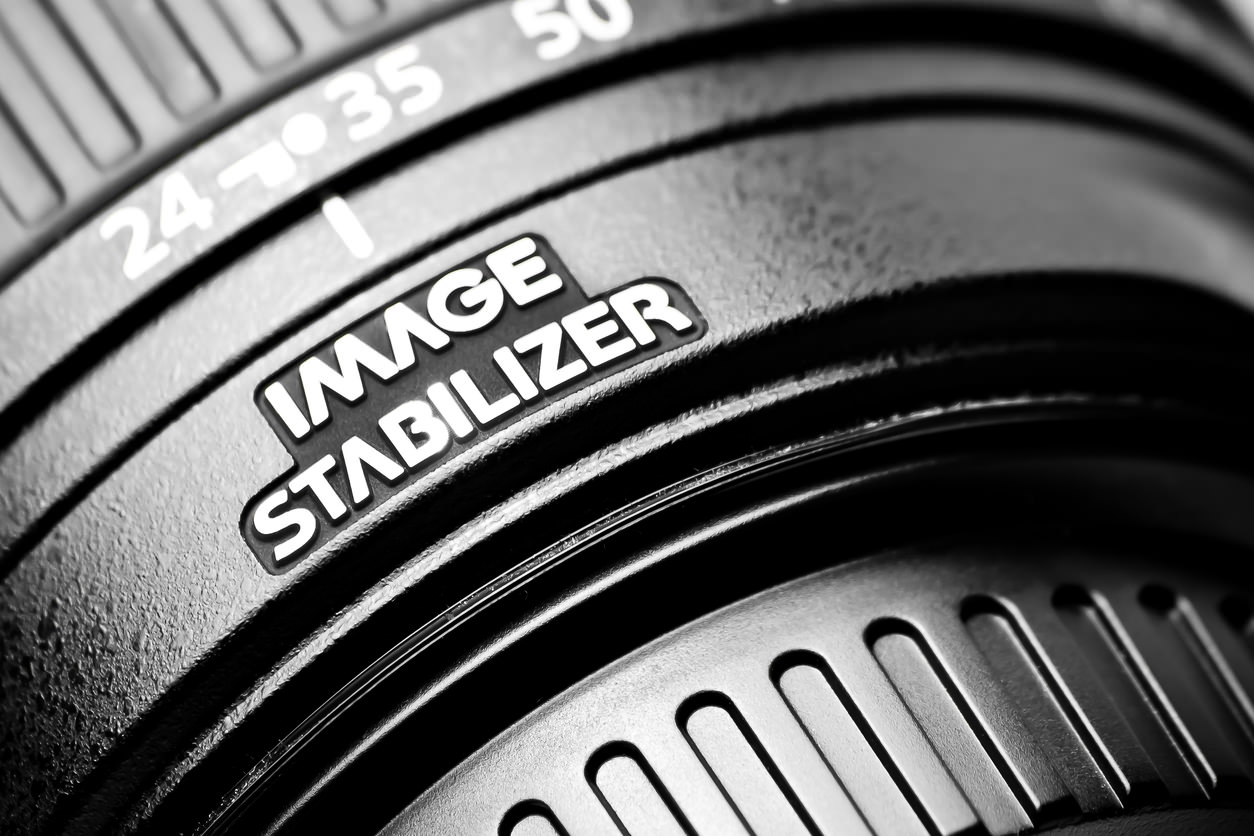 A lot of cameras and lenses today come with an image stabilization feature that won't eliminate blurry images, but it can certainly help.

This is especially true when you have to hold your camera because image stabilization can get you an additional two or three stops of working room.

That means that you can use a shutter speed that's two or three stops slower than you could normally use, and do so without worry of added blurriness due to camera shake.

When used in combination with a solid grip on your camera, image stabilization can make a great deal of difference in the level of sharpness of your photos. 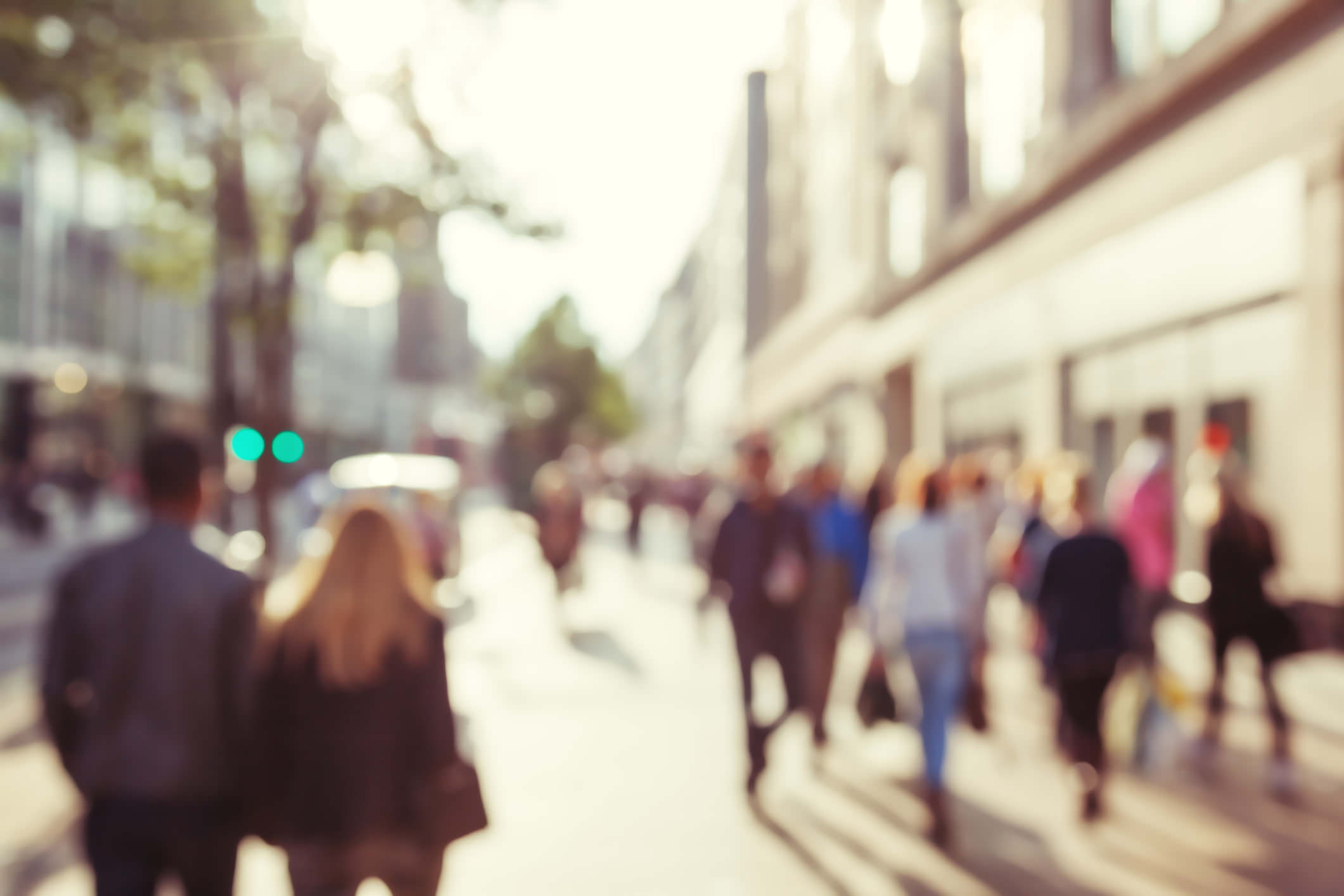 As I noted in the introduction, a lack of sharpness can be due to the aperture, shutter speed, or ISO settings.

In the case of aperture, if your depth of field (the area of the image that's in sharp focus) is too shallow, you might find that your subject isn't sharp, as seen in the image above.

To rectify matters, use a smaller aperture.

The problem with using a smaller aperture is that it restricts the amount of light entering your lens, which requires a slower shutter speed or a higher ISO.

But when you slow the shutter speed, you run the risk of getting images that are blurry because of the movement of the subject. 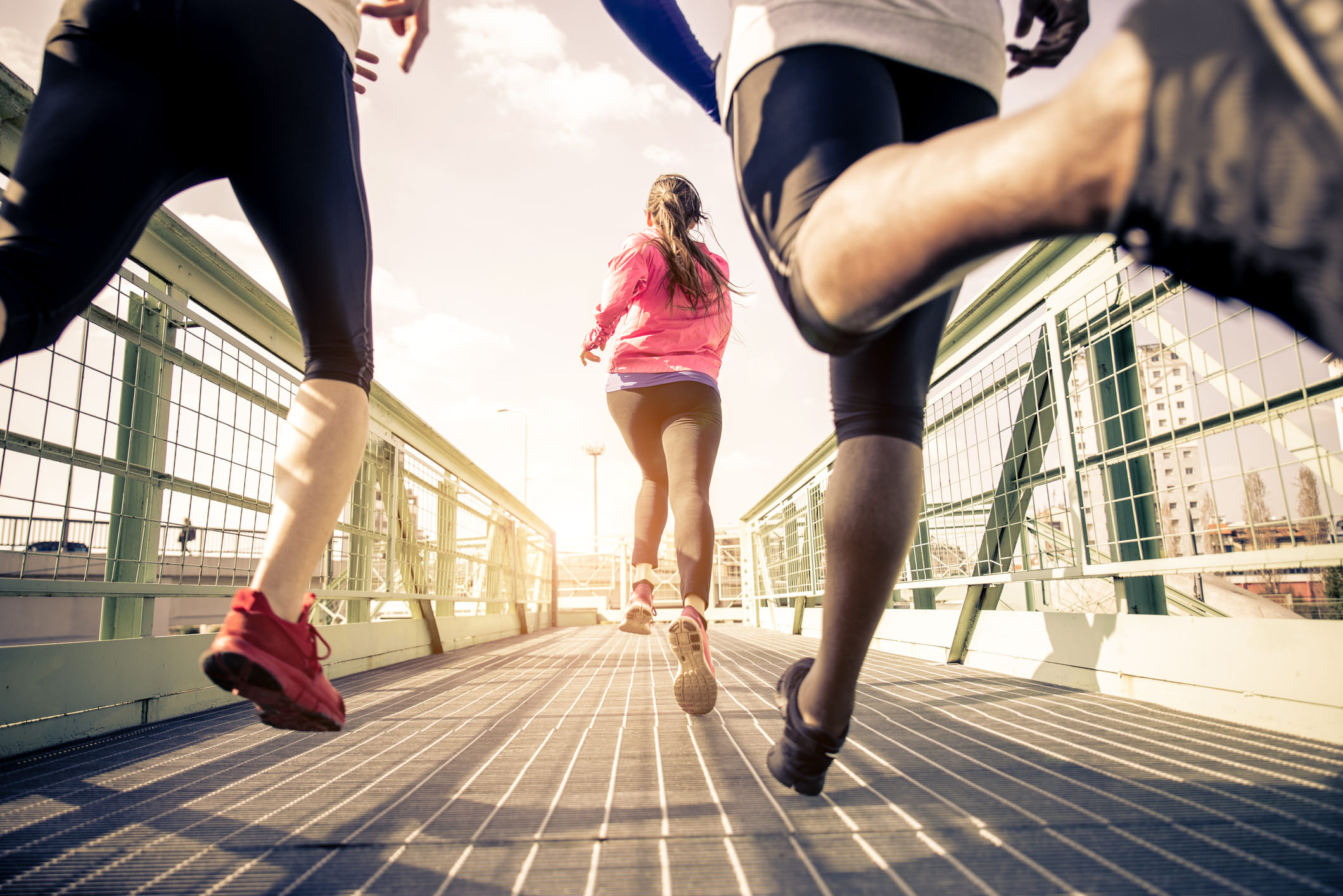 Naturally, to avoid a blurry subject that's moving (as seen above), you have to use a faster shutter speed. But, the faster the shutter speed, the larger your aperture or the higher the ISO will have to be.

And again, the higher the ISO, the greater the amount of digital noise, which can also cause your photos to look less than sharp. Reducing your ISO from, say, 400 to 100 will help minimize noise, but the lower the ISO, the slower the shutter speed and the larger the aperture you'll need to use.

You can see the Catch-22 that comes with making adjustments to one of these settings: address one to get a sharper image and you might have to change one or both of the other settings to compensate, thus creating other problems for sharpness. Get more details about the relationship between these settings in our tutorial on the Exposure Triangle. 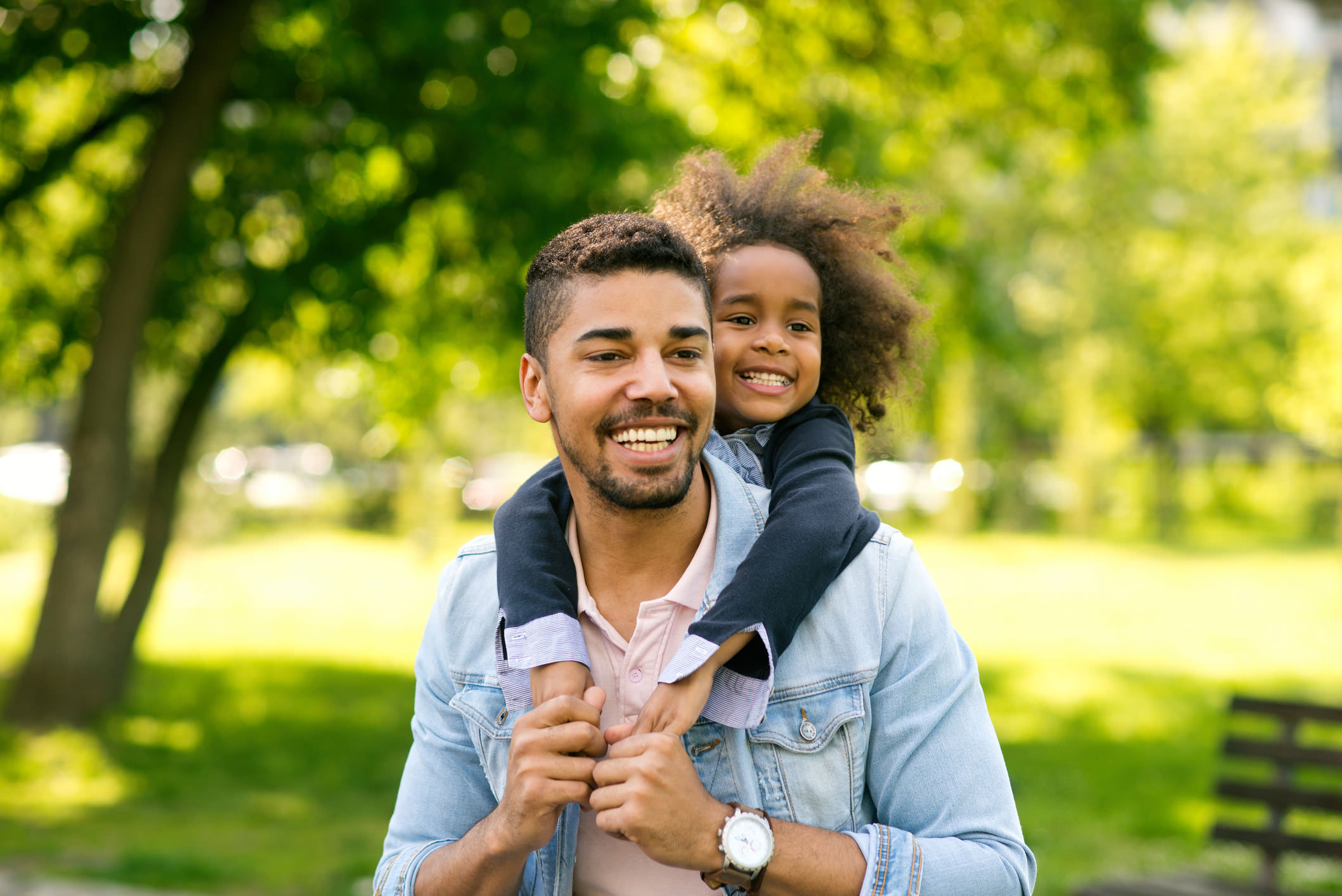 When it comes down to it, the logical way to approach this is to prioritize one of the settings. For example, if you're taking a portrait and you want a certain depth of field, work the aperture first and make changes to shutter speed and ISO accordingly to get a well-exposed image, as was done above.

On the other hand, if blurriness due to motion is a concern, prioritize shutter speed first, and make necessary adjustments to aperture and ISO.

Of course, you can always shoot in an advanced mode like aperture priority, shutter priority, or program mode, which allows you and the camera to work together to get sharp, well-exposed images. 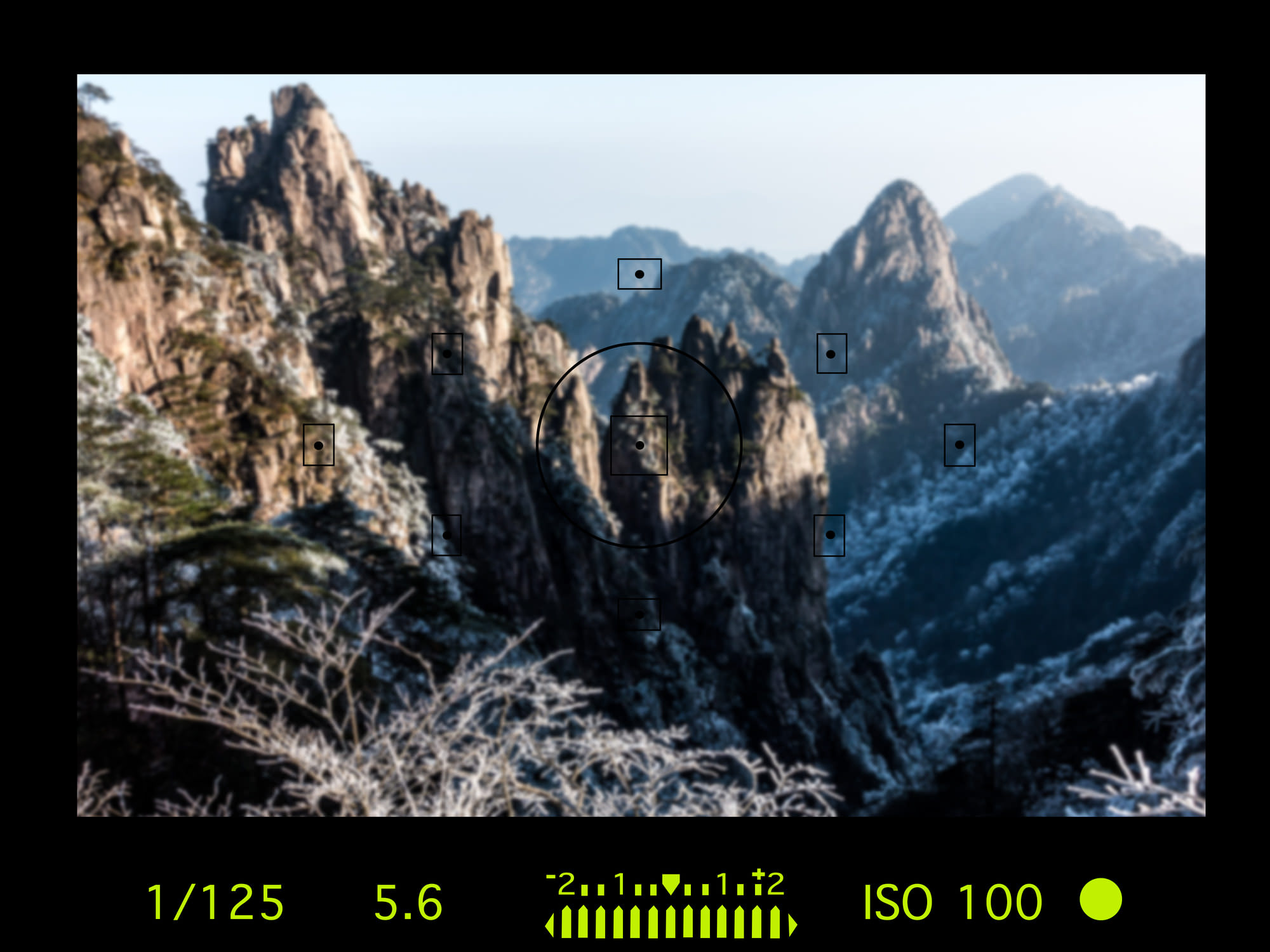 However, they can sometimes be tricked, which means you need to understand how to adjust focus yourself.

The easiest way is to simply check the focus when you take a shot.

Using live view, zoom in on your subject and see if it's sharp. If it is, you're good to go. If it's not, you have some work to do.

To obtain the right focus, place the active autofocus point on your subject and depress the shutter button halfway. That locks the focus in place.

This is done in what's usually called single shot autofocus.

However, if the subject is moving, using continuous autofocus helps your camera maintain focus on a moving subject. You acquire the focus point, and then the camera will track that subject and adjust the focus continuously.

Another option is to use manual focusing, which is more involved, but you have total control over where the focal point is placed. Learn how to focus your lens manually in the video above by CNET.

Having a lens that's caked with dust, smudges, and fingerprints isn't going to do you any favors in the sharpness department.

It's critical that you keep your gear clean (including your camera's mirror and sensor) to maximize its ability to get a sharp photo.

For detailed instructions on cleaning your DSLR sensor and mirror, check this handy guide. To see how to clean your lenses, visit this tutorial.

Work in Your Lens's Sweet Spot 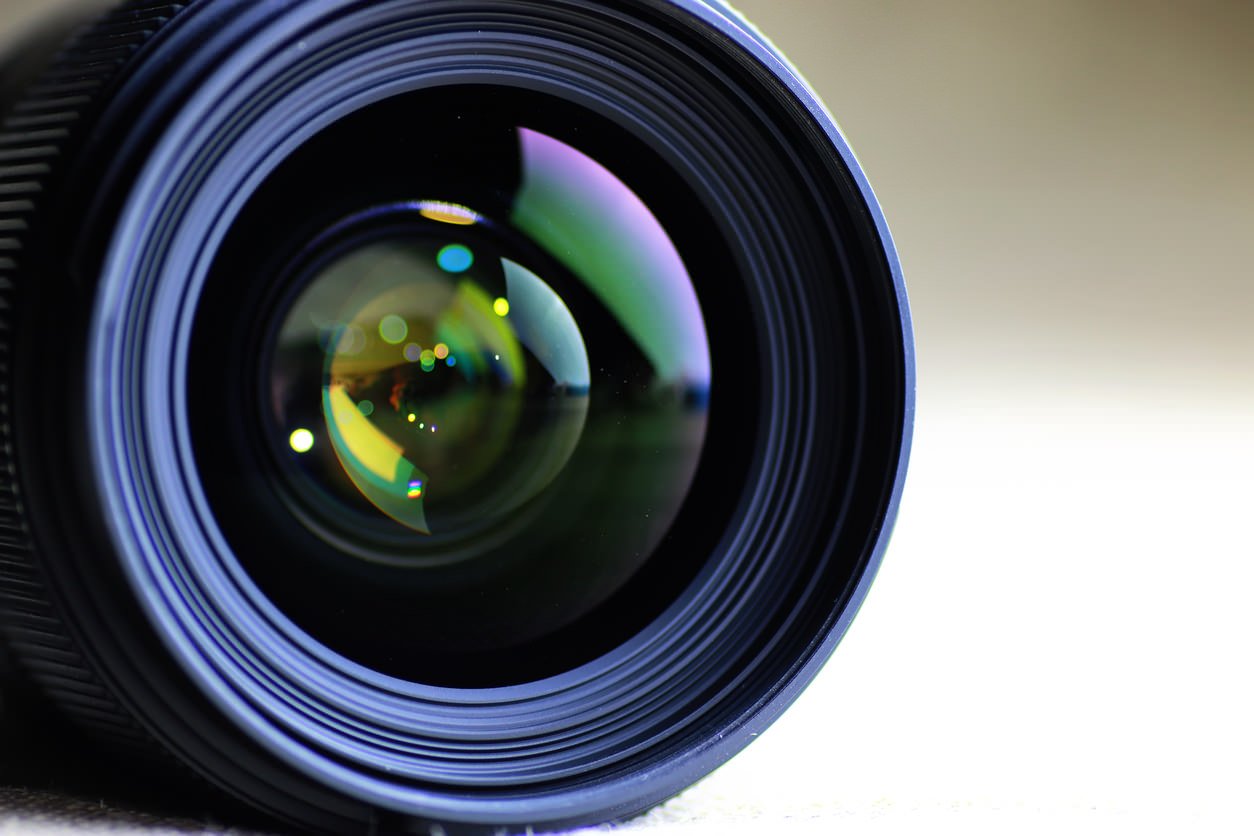 Every lens has a range of aperture values that render the sharpest photos.

Whether you use a kit lens that came with your camera or a $3,000 telephoto lens, it will have a sweet spot.

The sweet spot varies from one lens to the next, but one thing is common across all lenses - the do not produce the sharpest results when you use the minimum or maximum aperture.

The same goes for using a small aperture with landscape photos. If at f/22 it's just not sharp, try f/16 or f/11. The results will be noticeable!

To find your lens's sweet spot, consult this in-depth tutorial.

Get a Better Lens 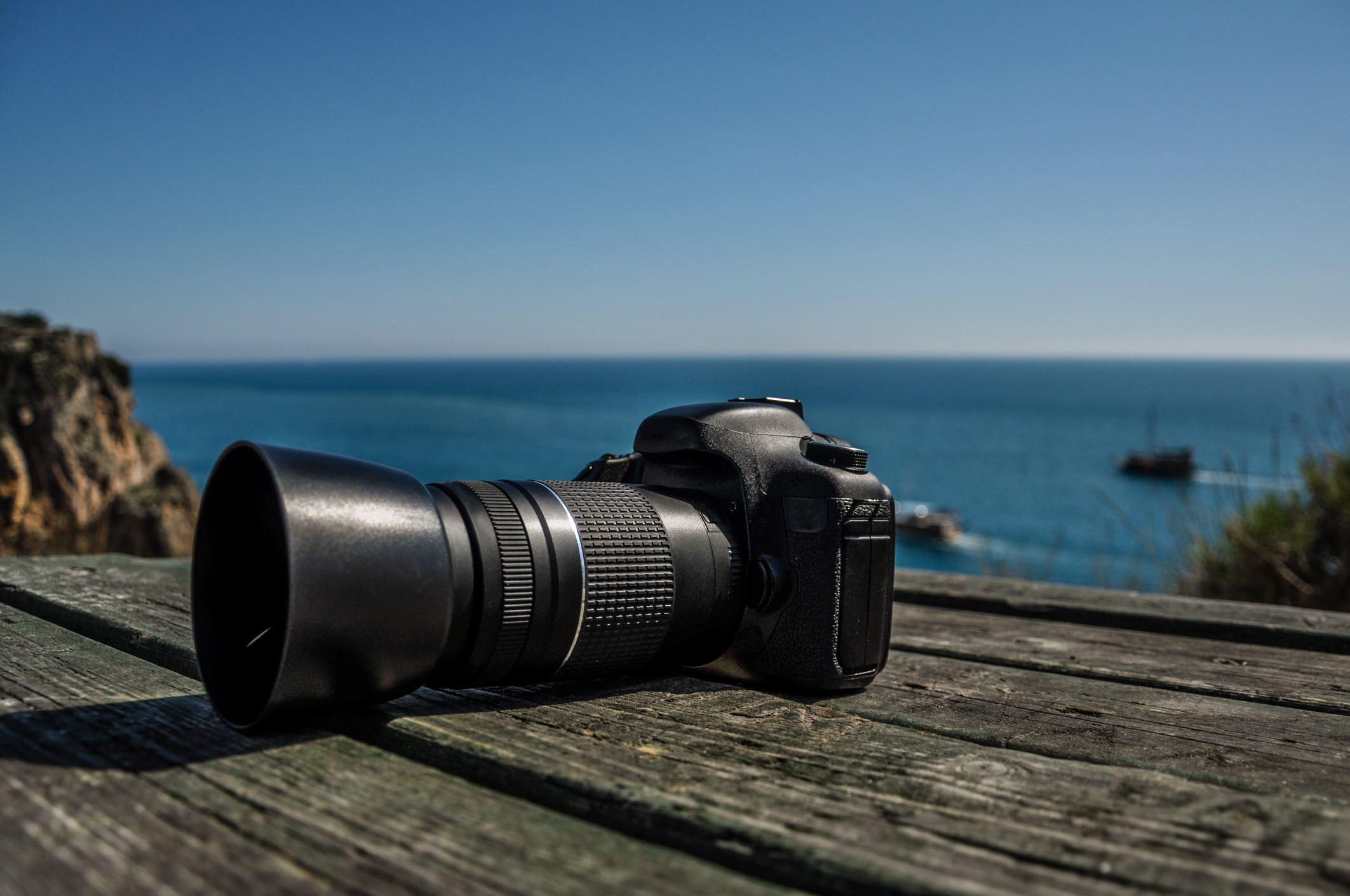 I know it's not in the cards for all photographers to go out and buy a better lens in the name of sharpness.

However, the quality of the lens you use does impact the sharpness of the photos you create.

A good prime lens, on the other hand, has many benefits and is built for improved sharpness. And because they aren't zooms, there are fewer elements to degrade the image quality.

You can pick up a good 50mm prime lens for less than $150, so as lenses go, they are pretty cheap.