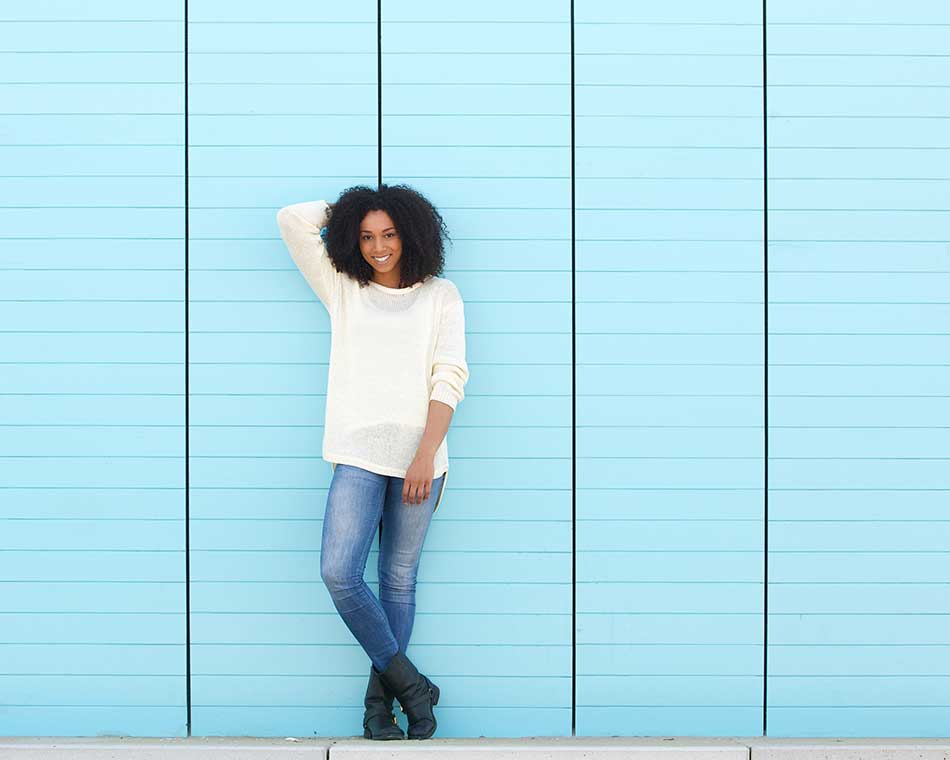 photo by m-imagephotography via iStock

When taking a portrait, half the battle is figuring out how to pose the model so that she looks her best.

In this tutorial, I give a quick overview of a variety of poses you can try to get portraits that are eye-catching and flattering as well.

Use these female posing tips, and in the right circumstances, they can make a ton of difference in how your final images turn out. Learn more about poses for men photoshoot on our website photographyTalk.com. 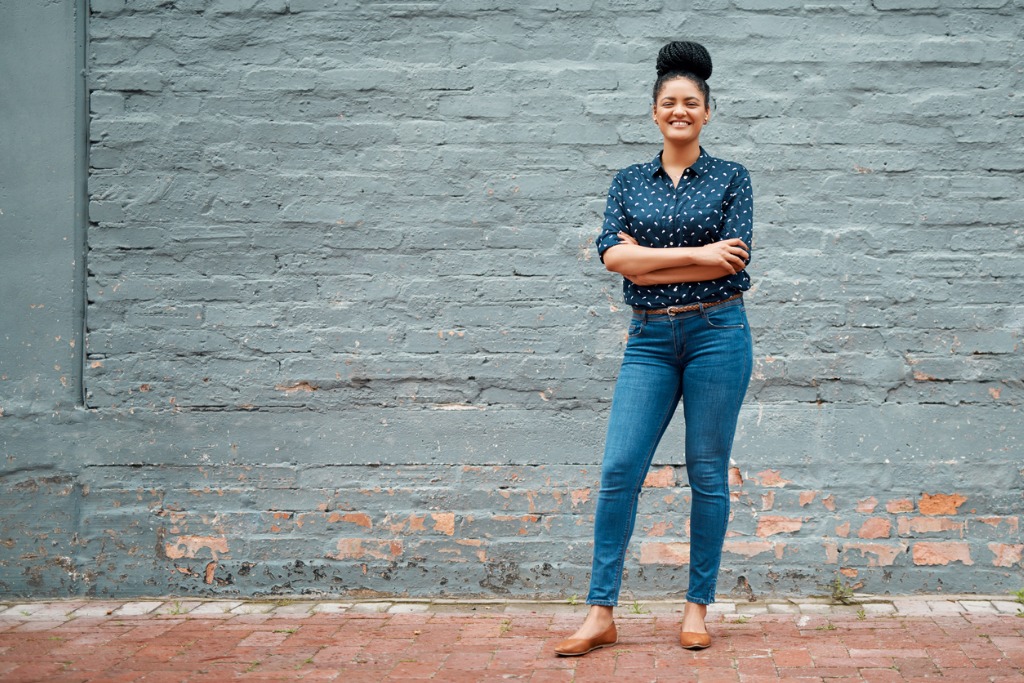 An ideal way to kick off a portrait session with a female client is to start simple.

Basic poses give the shot a classic look and can add a level of sophistication and elegance to your collection of images that will truly make the model shine. 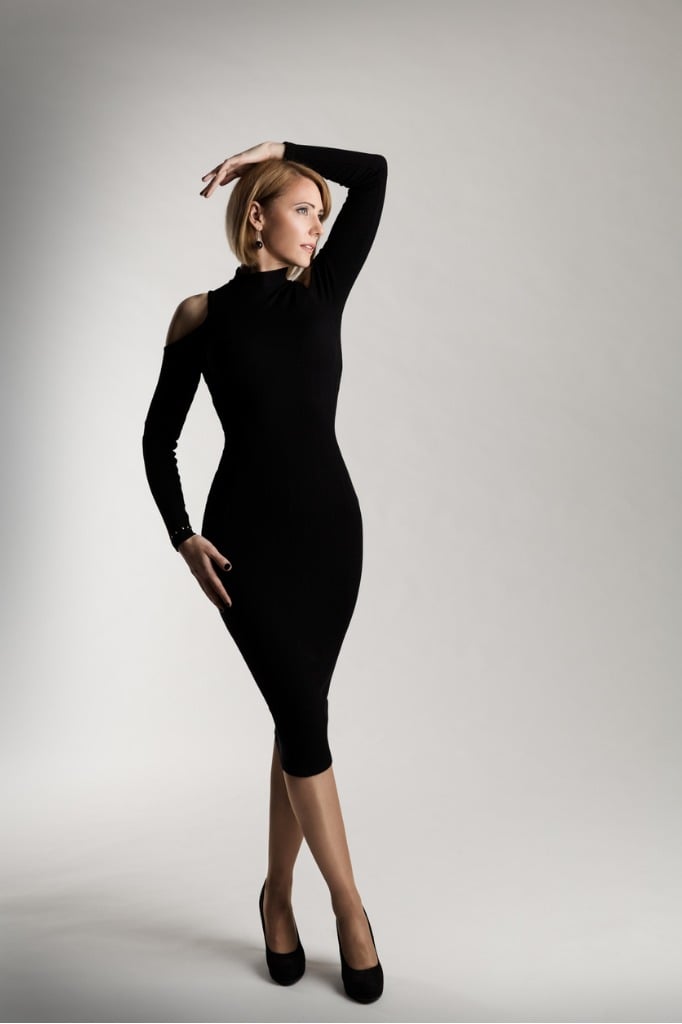 photo by inarik via iStock

Basic poses, like the one seen above, don’t have many elements to them: the model has simply raised one arm and rested it above her head while crossing her legs to add some interesting lines. You can get different looks by simply changing the positioning of her arms, too.

Notice how she’s looking off-camera as well. You can mix things up by having her look left or right, up or down, and right down the barrel of the lens. That means that with one basic pose, you can get multiple looks rather quickly. 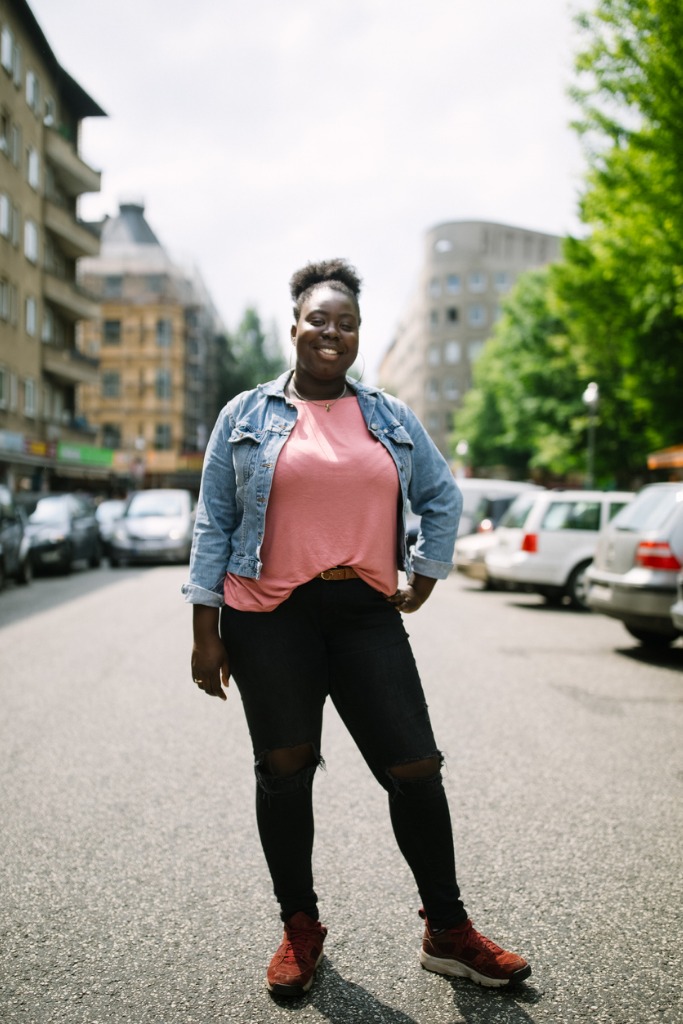 Another option is to keep things simple with the body and have the model place one hand on her hip with the other arm resting gently at her side.

Again, this creates a classic, clean look that has visual appeal thanks to the left arm being bent and the left leg being kicked out a bit.

But thanks to the simplicity of the rest of the pose, it doesn’t become distracting or overwhelming. 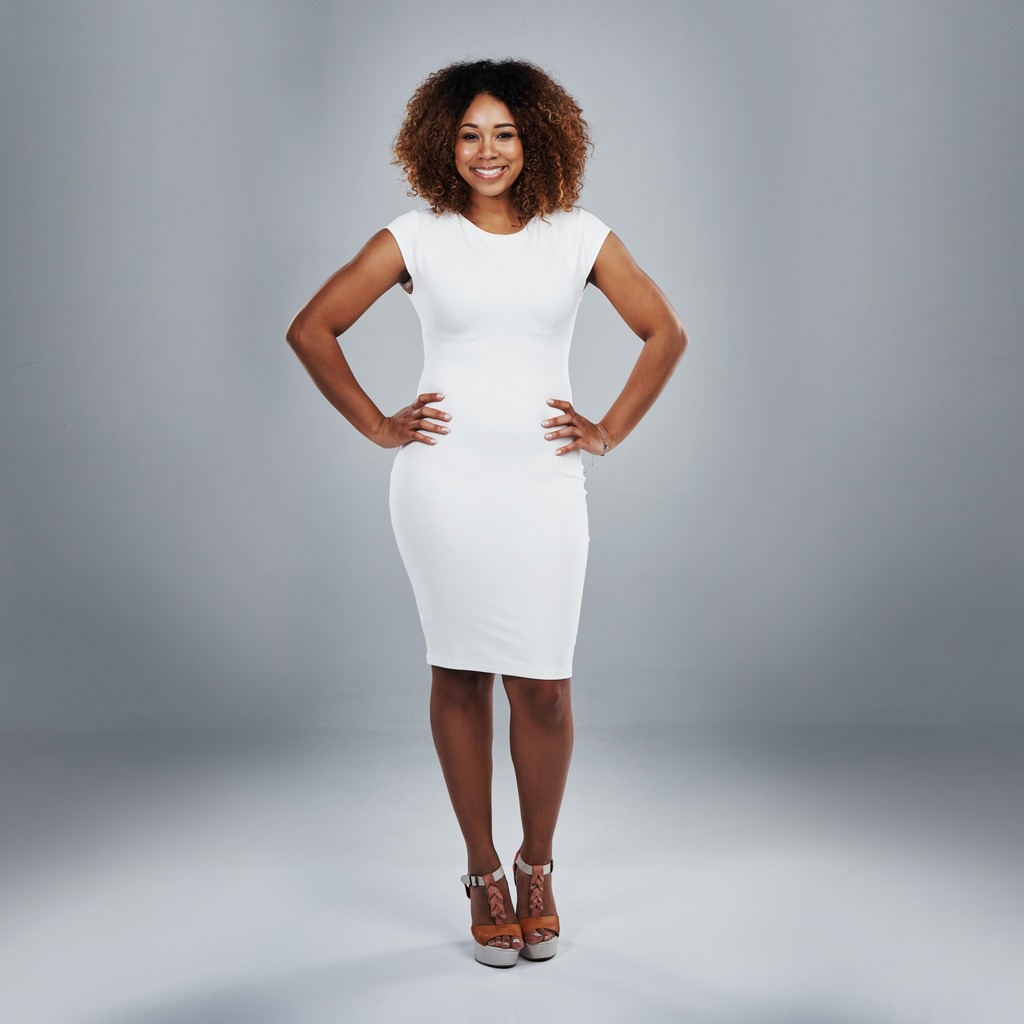 photo by Tinpixels via iStock

Perhaps simplest of all, you can simply direct the model to place both hands on her hips with her elbows pointed outward. Then have her shift her weight to one leg and bend the other leg. You can also check another post about photo poses for boys.

This creates another simple, yet eye-catching pose that has interesting lines and gives the model an improved presence in the shot.

Female Posing Tip #2: Have a Seat 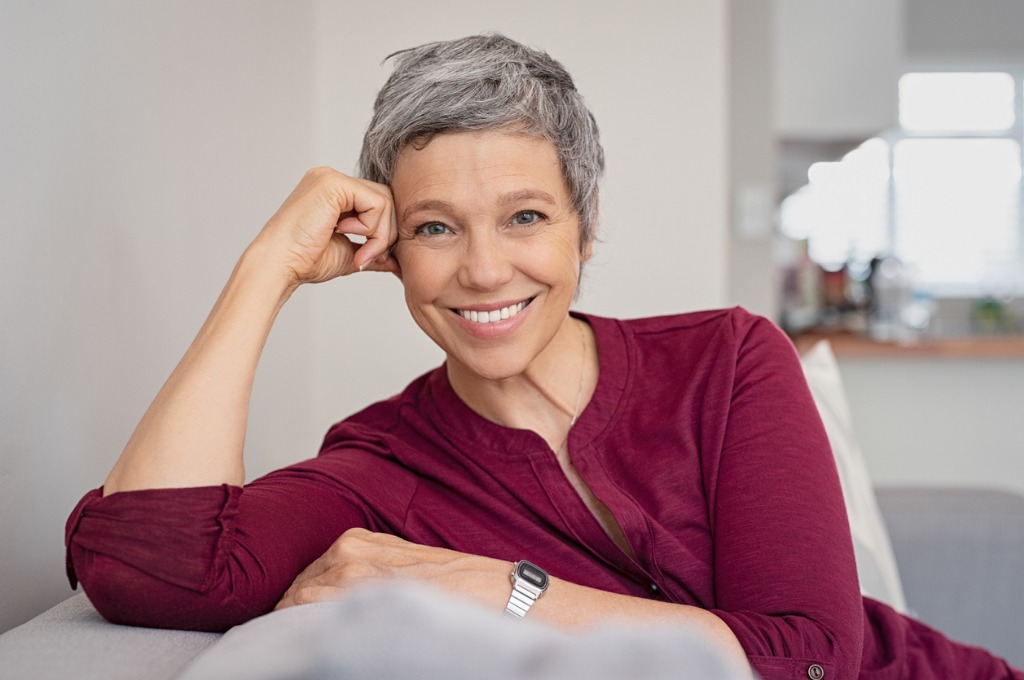 photo by Ridofranz via iStock

Seated poses add another layer of dimension to female portraits because there’s so many different directions you can go.

On the one hand, a seated pose can be super informal and casual, as though the photo was completely unplanned and spur-of-the-moment, as shown above. 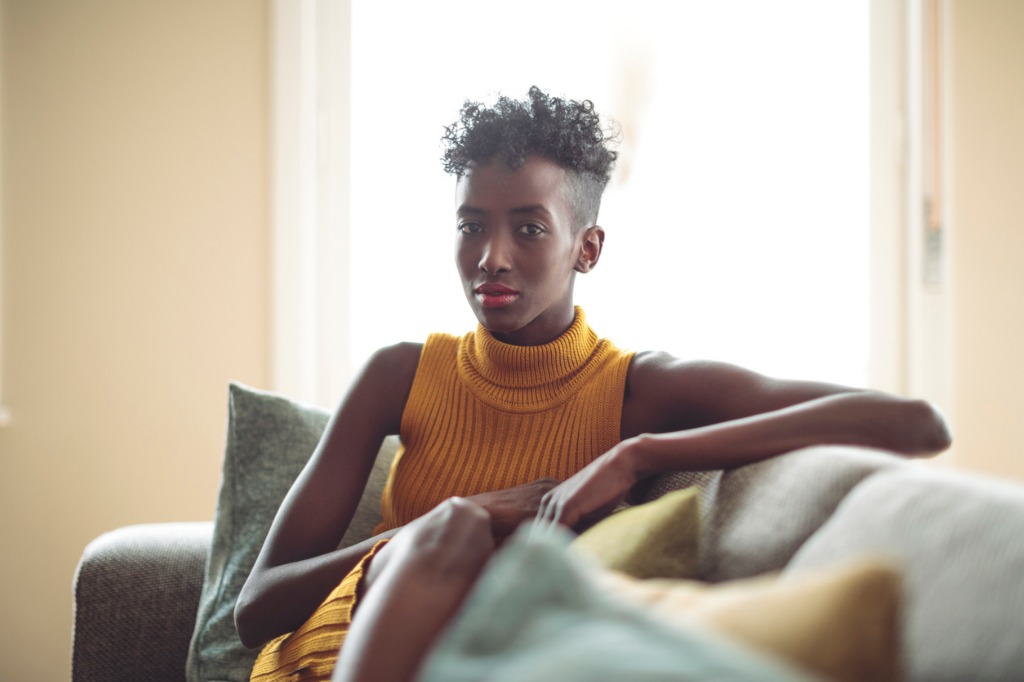 photo by Eva-Katalin via iStock

On the other hand, a seated pose can communicate very specific feelings like confidence, as shown above, or vulnerability, as shown below. 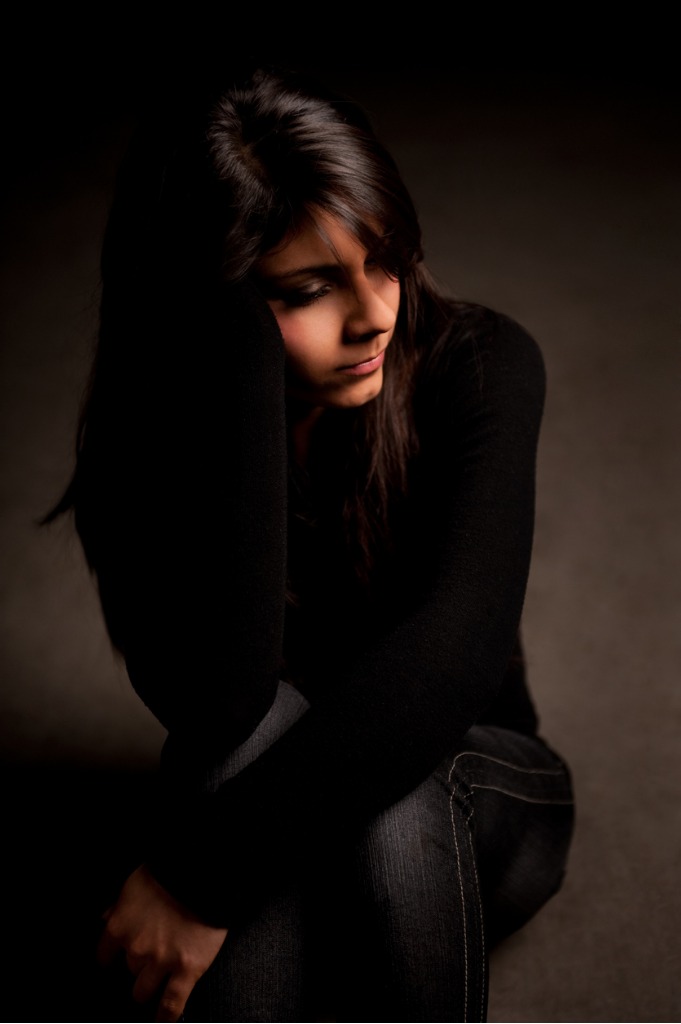 photo by aldomurillo via iStock

Another thing to consider with seated poses is that it allows you to introduce props into the shot without them feeling like props.

For example, by seating the model in a beautiful chair, you can add color, texture, and shape to the shot, as shown below. 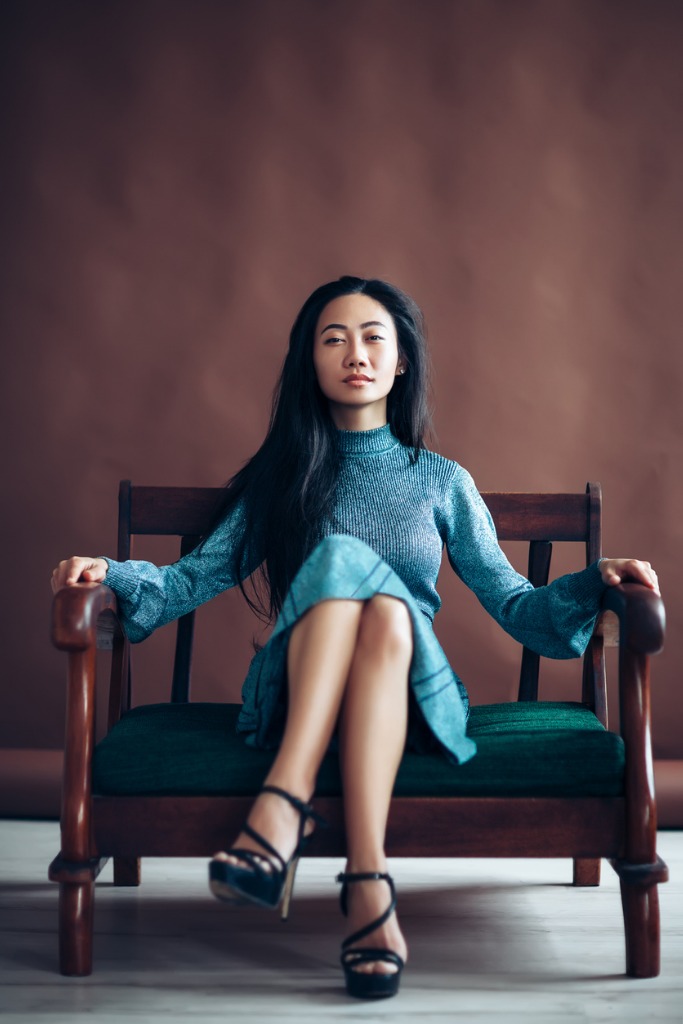 photo by Viktor_Gladkov via iStock

Not only that, but in this instance, with the camera below the model’s eye level, this portrait has a distinct feeling of power because we’re looking up towards her and she’s looking down towards us. If you want the model to look vulnerable, take a position above her and shoot down towards her.

It’s also important to think about how the model’s legs are positioned if you elect to shoot a full body shot. 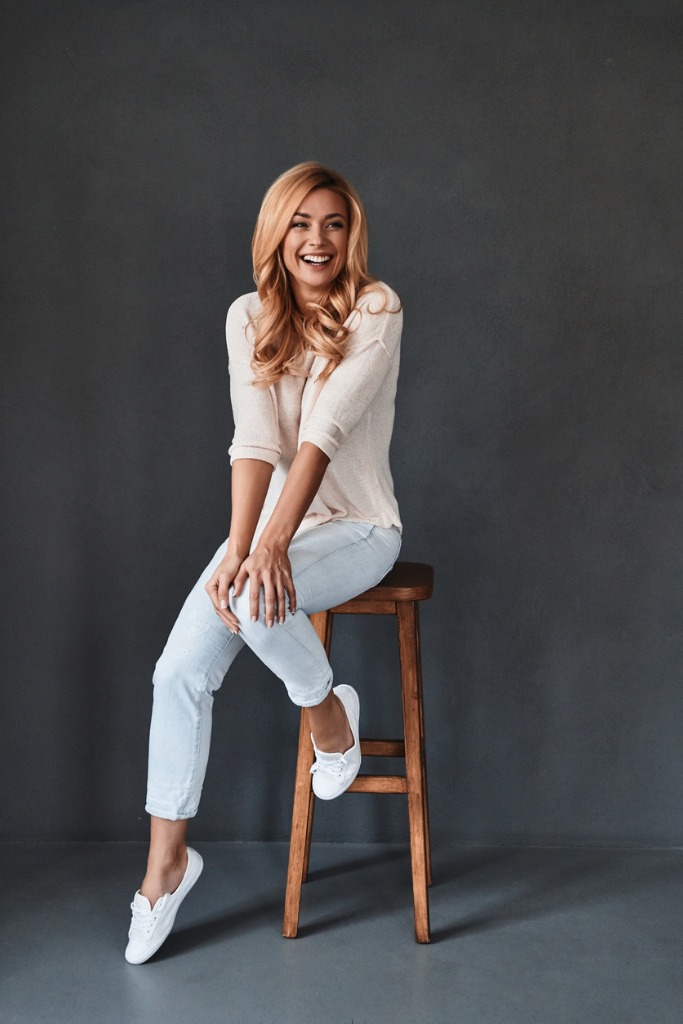 photo by g-stockstudio via iStock

For example, in the image above, bending the leg closest to the camera helps prevent the model’s legs from looking too stiff. Alternatively, if you compose the shot with the model’s legs pointed toward the camera, understand that her feet could look quite large.

To get around this, try having the model point her toes toward the camera to create a slimmer profile.

Have gorgeous portraits you want to admire? SEE WHAT THEY LOOK LIKE AS FINE ART. 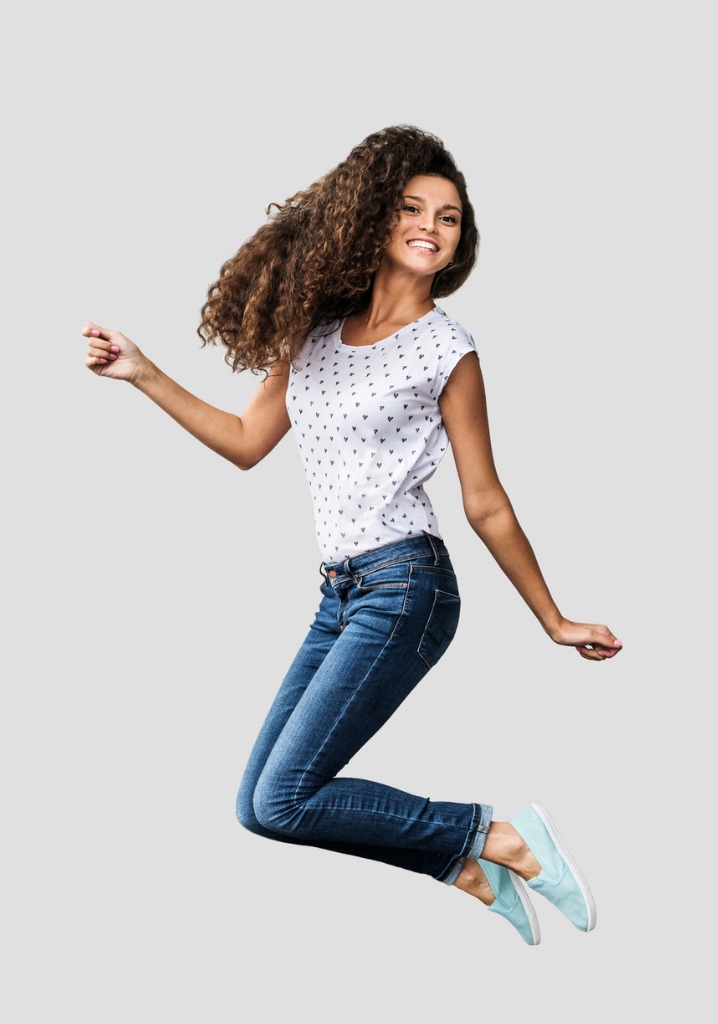 photo by Poike via iStock

If the more subdued seated and standing poses photography just don’t do it for you, you can step things up a notch by having the model get more active as she poses for the camera.

Certainly, action shots can have a lot of action.As you can see above, having the model jump in the air as you take the shot can result in something that has a ton of energy, vitality, and visual interest.

Of course, this kind of action shot can be difficult to pull off given that the timing has to be just right to get an image with the model’s arms, body, legs, hair, and so forth looking just right. 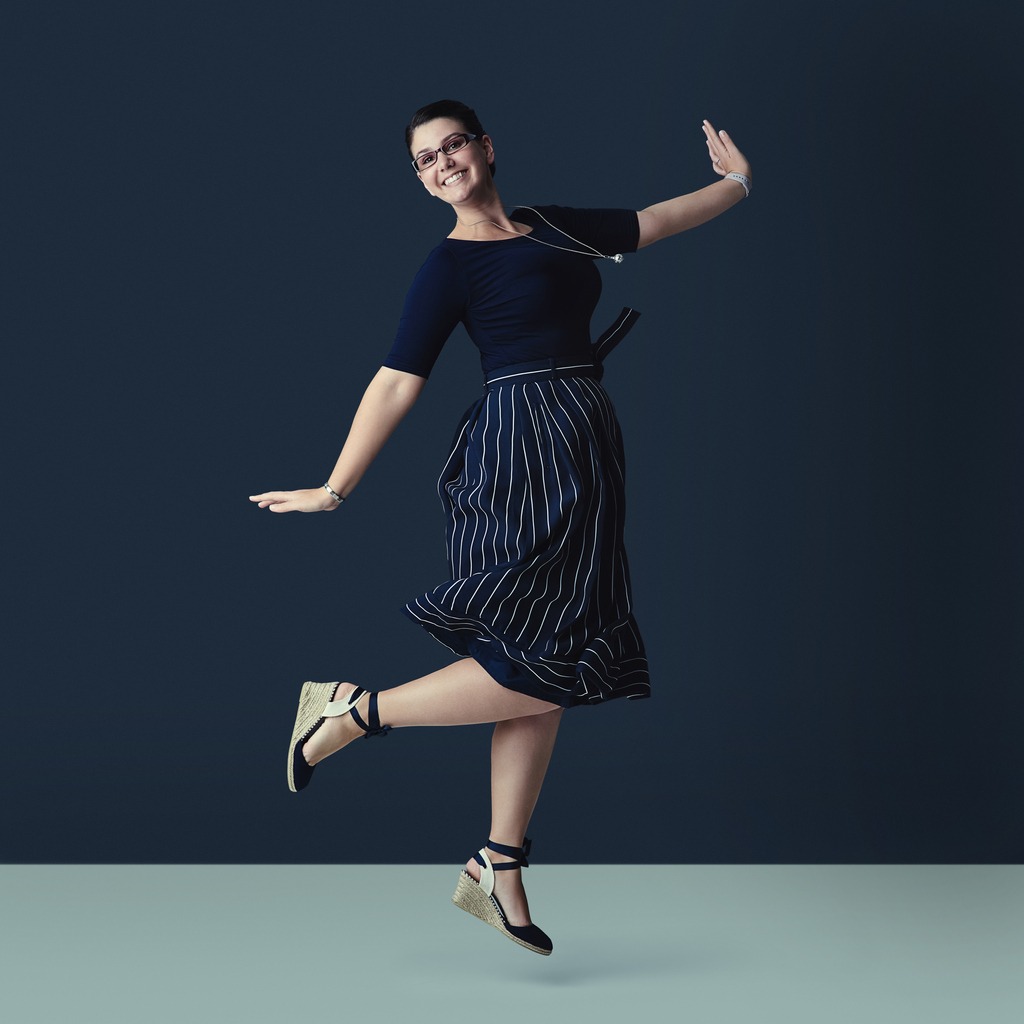 photo by Tinpixels via iStock

A less involved action pose that might be easier to capture is to have the model extend one of her arms or legs (or one of each, as shown above). You could even have her pop an elbow, knee, hip, or shoulder outward to give the impression that movement is occurring, even if it isn’t. 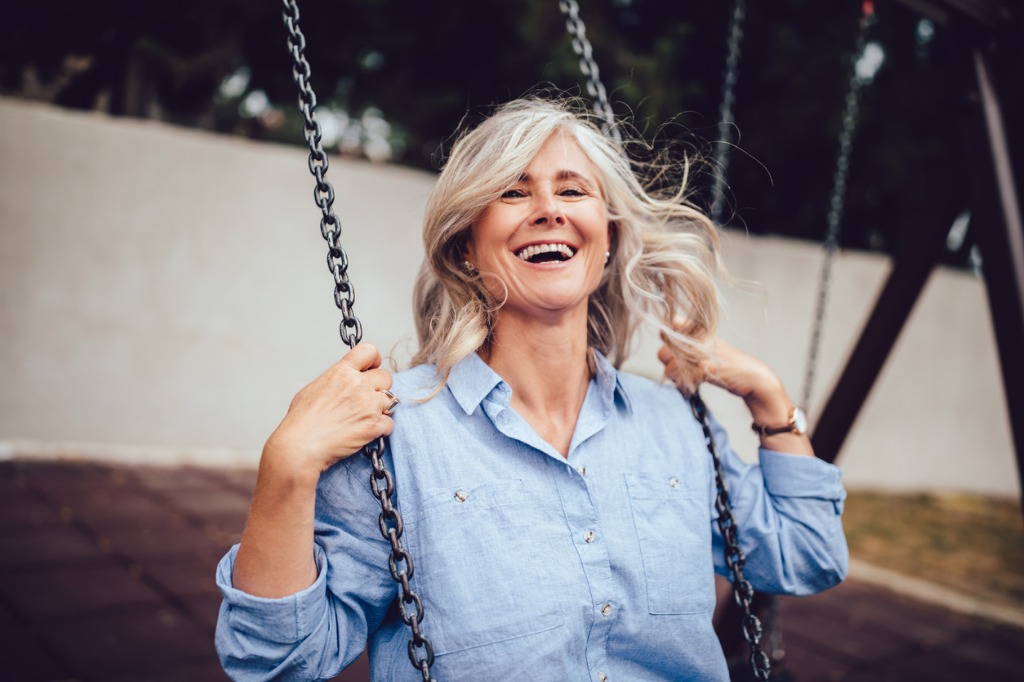 photo by wundervisuals via iStock

Simpler still, get in close for a half-body or close-up of her face and make her laugh.

A natural, candid smile like you see above can light up the portrait and make it a much more impactful image for people to view. 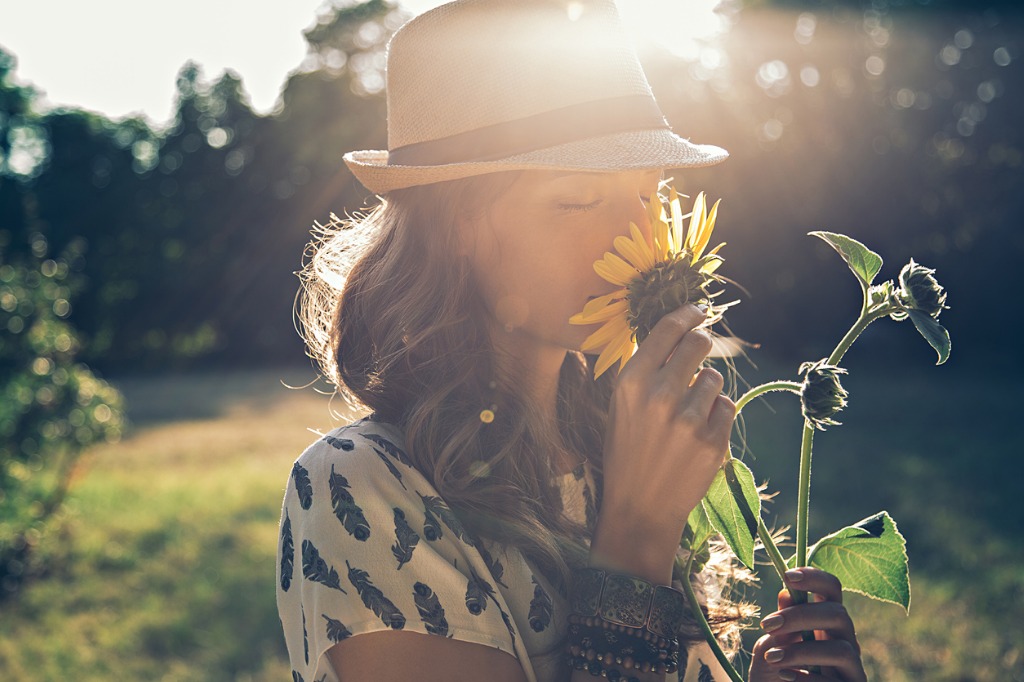 photo by Sjale via iStock

You can also have the model simply play with her hair or interact with a prop or another person to introduce a little movement and action into the shot.

Remember, a little goes a long way here, so to get a portrait that has some life and vitality to it, don’t think that you have to go overboard with making the model do all kinds of crazy active things! 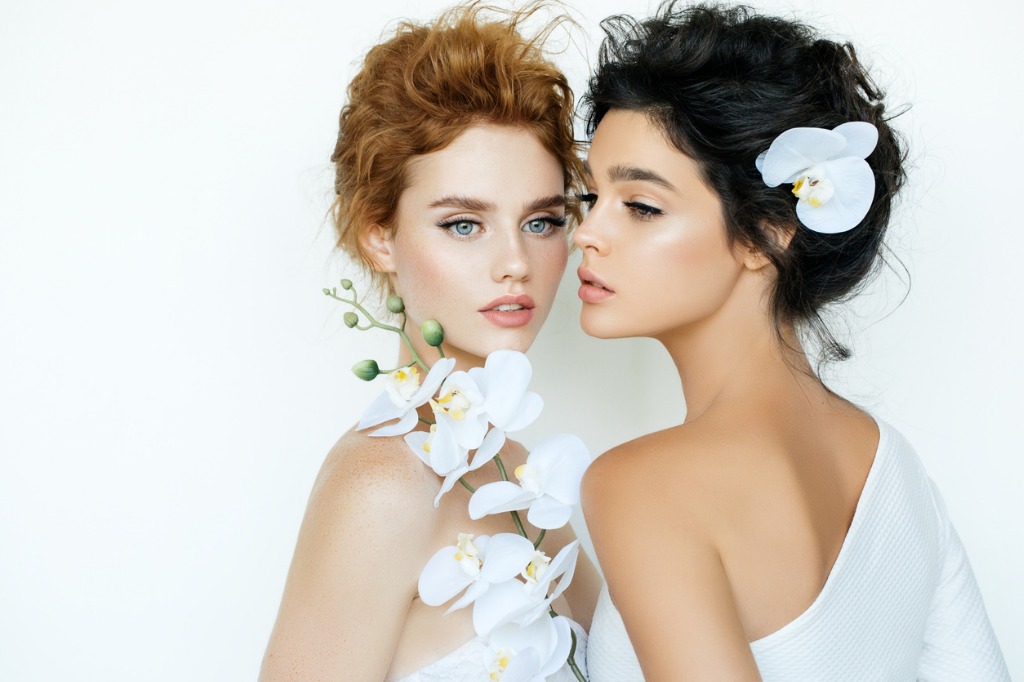 The most difficult type of female pose to do well are beauty poses.

These are the types of poses you often see in magazines and catalogs, and the most important feature of the shot is the model’s expression.

No matter if you’re going for serious, playful, flirty, happy, or some other look, the model’s expression must be absolutely on point if the shot is going to be a success. 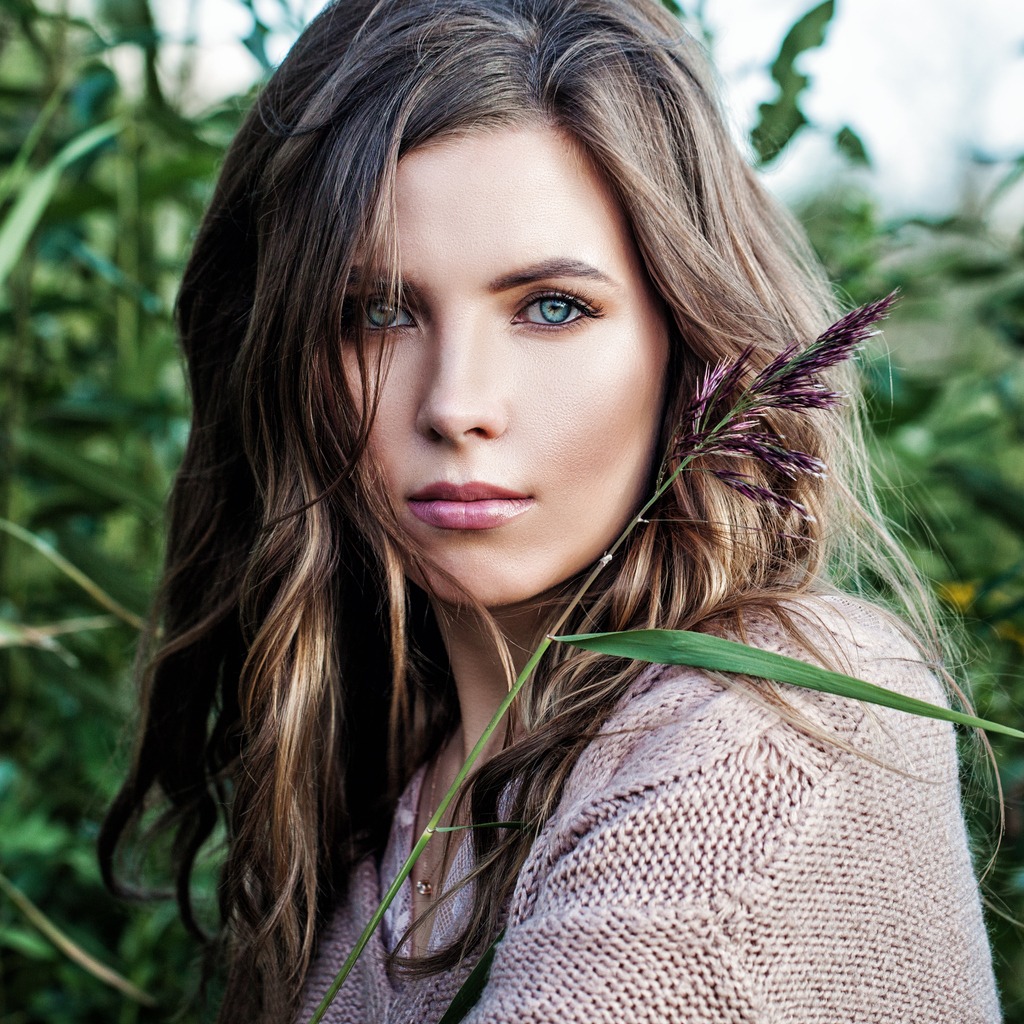 photo by JNemchinova via iStock

When taking beauty portraits, be careful not to shoot from below the model.

Since beauty portraits are often taken from close-up, if you shoot from below, viewers will have a window right into the model’s nostrils. 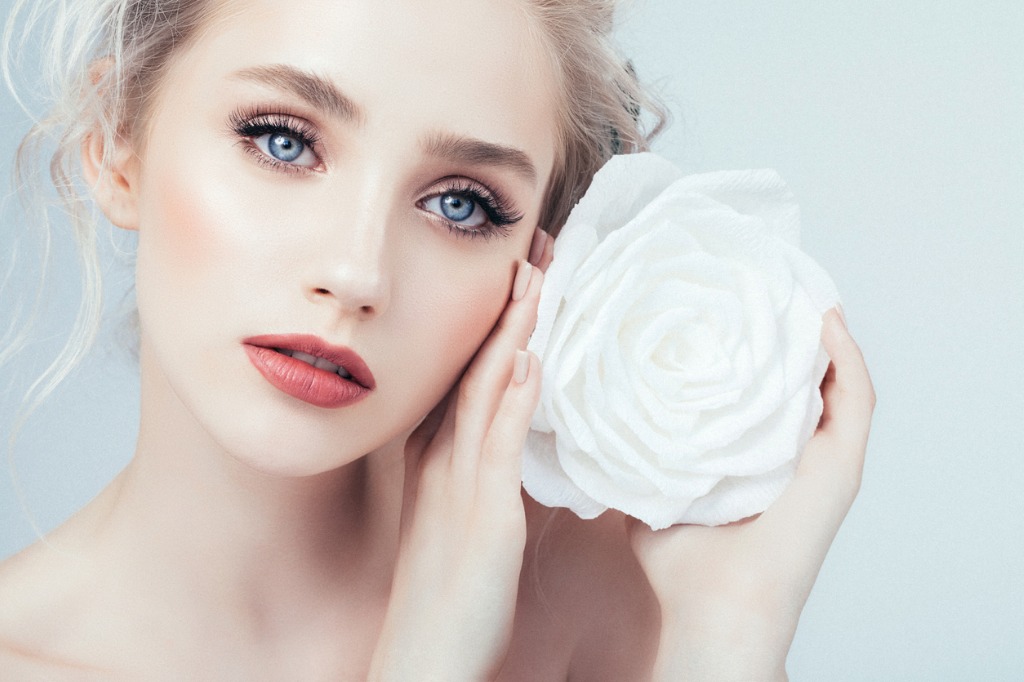 Another thing to be aware of is that in beauty photography, the model’s jawline (and its shadow) often helps sculpt her expression.

As you pose the model and frame up the shot, pay particular attention to how the jawline looks, and give the model direction for strengthening or softening it to help add to the emotion you’re going for in the photo.

In the example above, the model’s relaxed jaw with little indication of a shadow helps give this portrait a soft, delicate look. 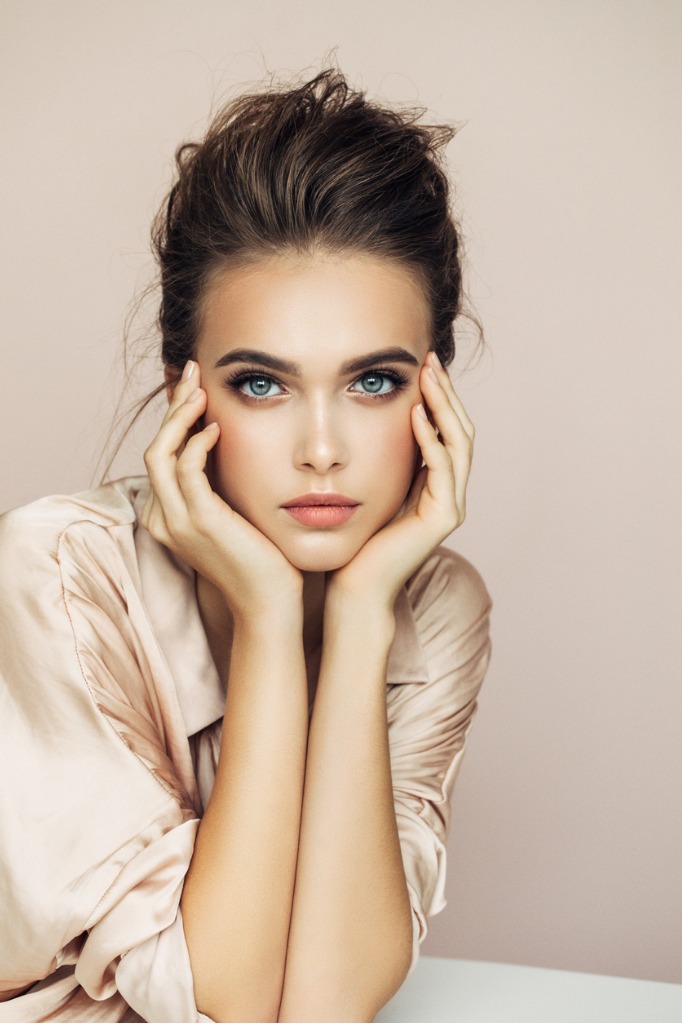 A final consideration to make in beauty portraits is to give the model something to do with her hands.

Often, the model’s hands feature prominently in beauty photos - below her chin, alongside her face, and so forth. 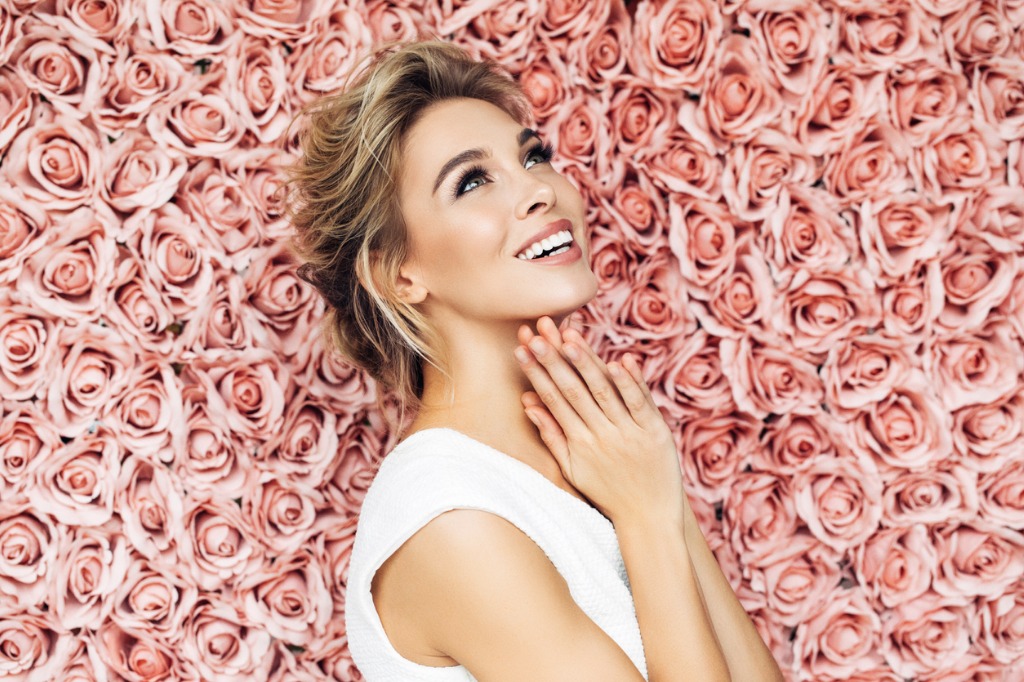 Since hands are one of the most difficult things for models to pose, you’ll need to be on your game to ensure the model’s hands look beautiful, natural, and relaxed.

With that, you have a number of female posing tips that will help you create gorgeous, flattering photos of female models!

For even more tips on how to pose women in portraits, check out the video above by Justin and Kirby. 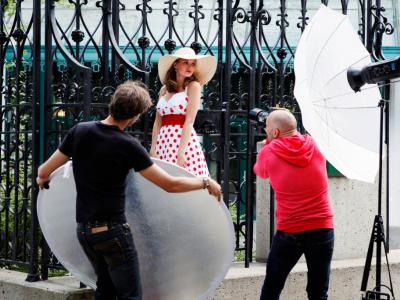 How to Use a Reflector for Portraits 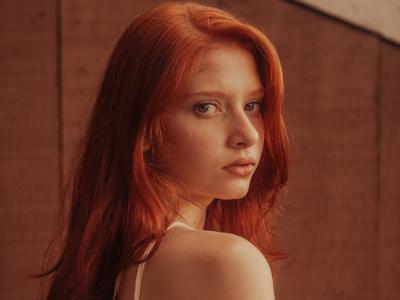 How to Make Your Portraits Look More ... 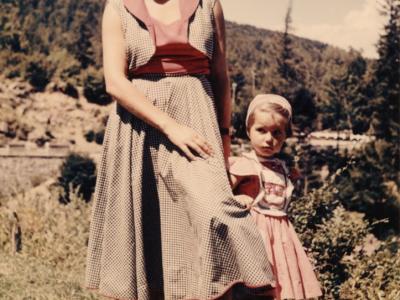 How to Create Heirloom Portraits 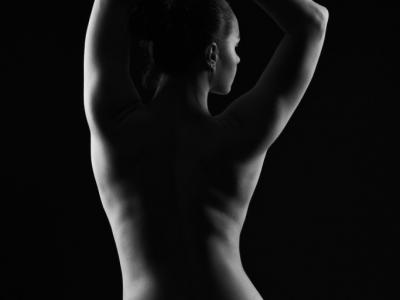 How Does Someone Get Started in Nude ...