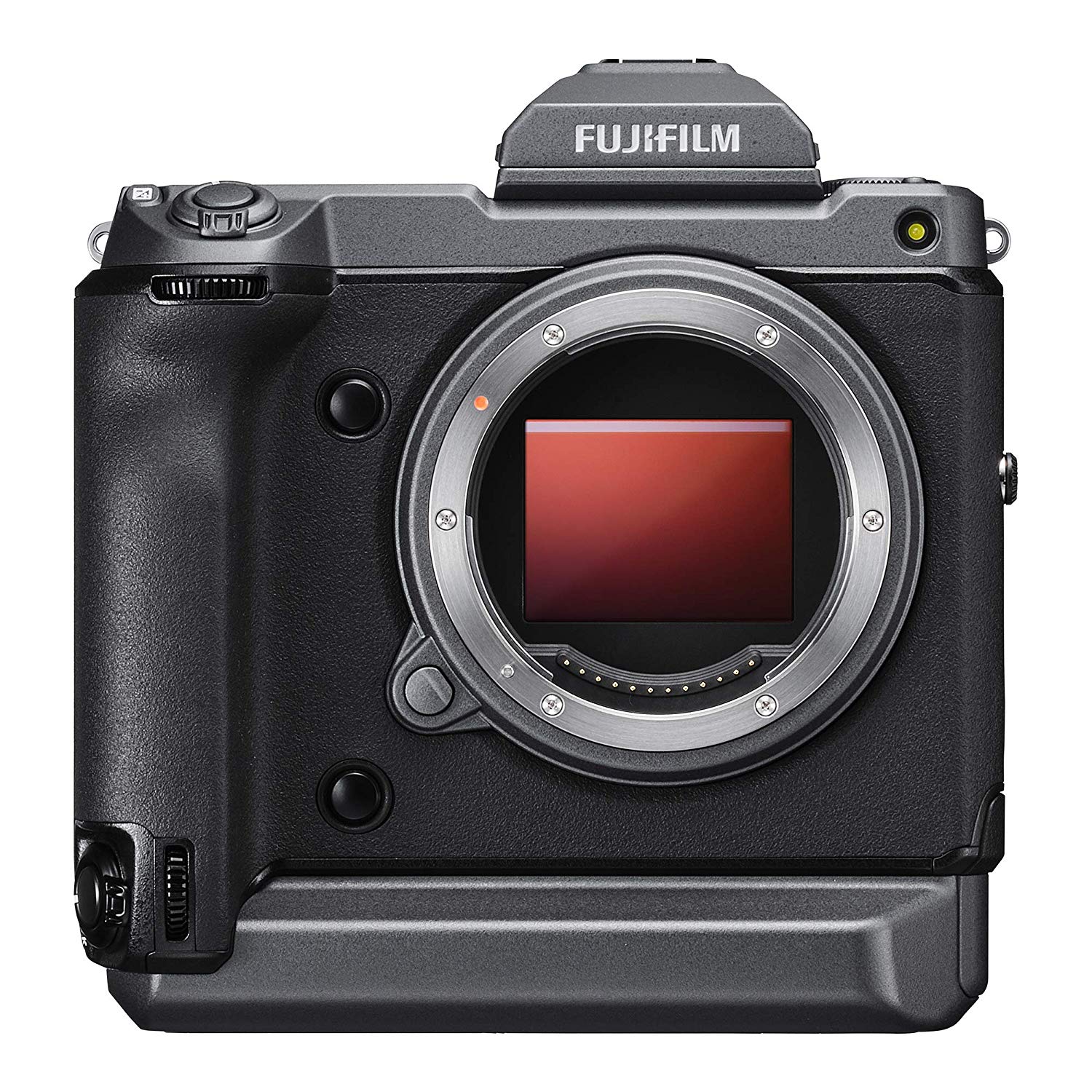 During the last week, Fujifilm released the highest resolution mirrorless camera ever.

With a stunning 102 megapixels, the Fujifilm GFX100 pushes the limits of digital photography and makes a challenging task for competing companies and their future products.

Except for breaking a world record in the amount of resolution, new Fujifilm GHX is also very compact if you consider that it is a medium format camera.

Moreover, its features are really impressive, so I believe this camera has the potential to become a benchmark for medium format cameras that follow.

Now, let’s see what is so special about this camera in this Fujifilm GFX100 review.

Editor's Tip: At nearly $10,000, the Fujifilm GFX100 isn't exactly a cheap camera. If you're dying to get your hands on one but are short on cash, unload some of your current gear to help defray the costs. There is a huge market for high-quality used camera gear, so you could very well earn a nice bit of cash to help finance a new camera. See what your camera gear is worth today.

According to Fujifilm, the GFX100 offers the highest level of image quality in the world of professional photography.

This camera revolves around a medium format CMOS sensor (43.8 x 32.9mm) without a low-pass filter and produces images of 100 million pixels. Even the tiny details in photos taken by the Fujifilm GFX100 will be perfectly visible, while you can also make giant prints out of your images.

In addition to a medium format CMOS sensor that was specifically designed for this camera, the GFX100 features an X-Processor 4 and an IBIS system with up to 5.5 stops of image stabilization. This all adds up to the outstanding image quality of this camera. 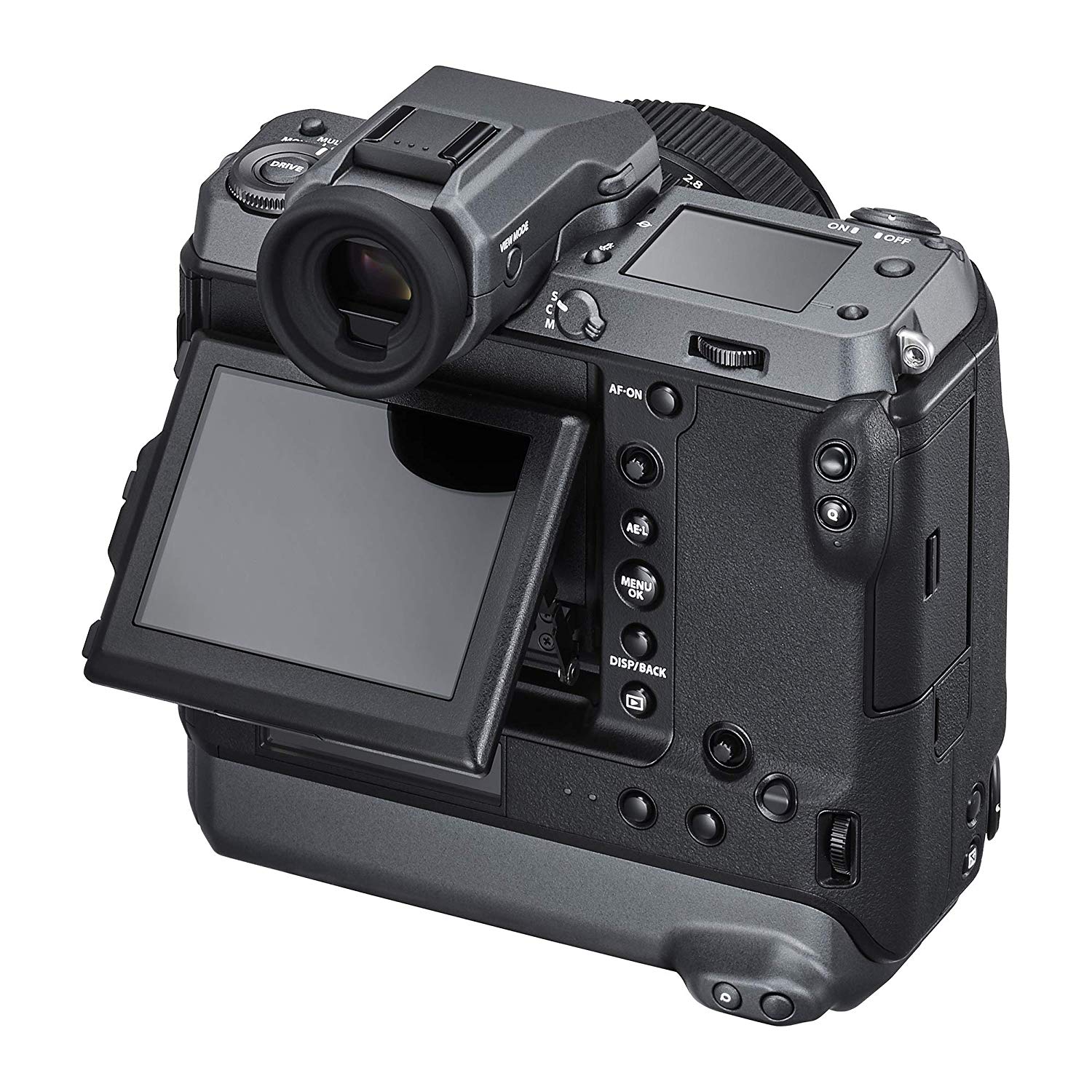 The Fujifilm GFX100 has a native ISO range of 100-12,800, and it can be extended from ISO 50 to 102,400. This is the same ISO range that can be found in the Fujifilm GFX 50S/R. Although there were not many improvements in this area, the GFX100 produces great results both under studio reflectors and in low-light situations.

An interesting and unique feature of this camera is that it supports 16-bit RAW files. This allows many possibilities for improvement of image quality in the post-production.

Get a demonstration of the GFX100's capabilities and take a look at images taken by this camera in the video above by Kevin Mullins. 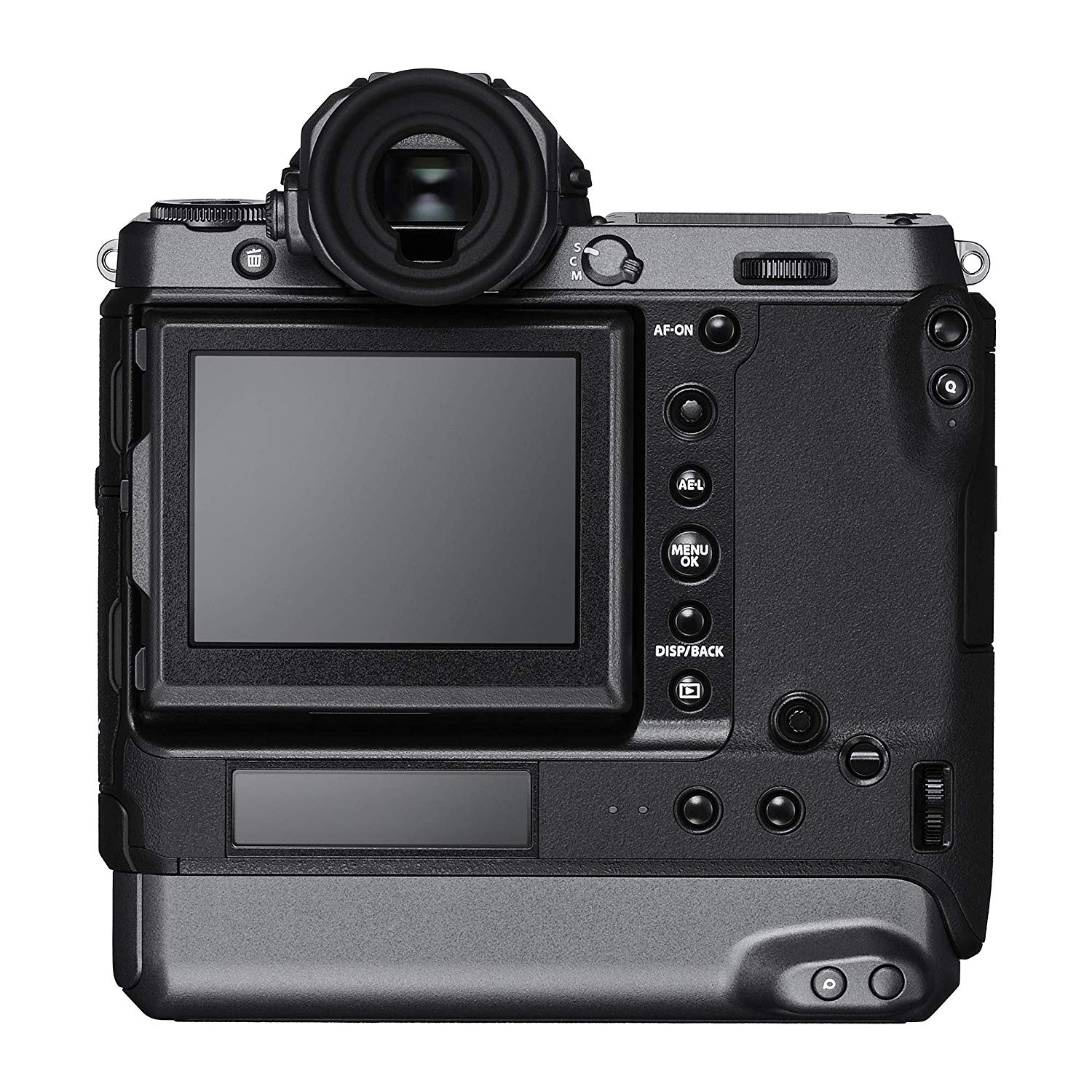 As we already mentioned, the Fujifilm GFX100 is not only capable of producing high-resolution images. All other features of this camera are also very good and aimed to enrich your photography experience while at the same time challenging Fujifilm’s competition.

First of all, the Fujifilm GFX100 boasts an amazing autofocus system. The camera introduces a new phase-detect hybrid autofocus system with 3.76 million phase detection pixels placed across the entire sensor. The autofocus is very accurate and it is much faster than the one in the GFX 50. Since the camera is new, we will need to wait for the final verdict in regards to its autofocus capabilities, but at this moment it promises a lot!

When it comes to burst speed, the camera shoots five frames per second, while it has a continuous speed of only 2.9 frames per second if you are using an electronic shutter. Given that this camera is not aimed at action photography, this should be perfectly fine for the needs of most photographers.

Take a look at the first time-lapse made on the Fujifilm GFX100 in the video above by Beno Saradzic. 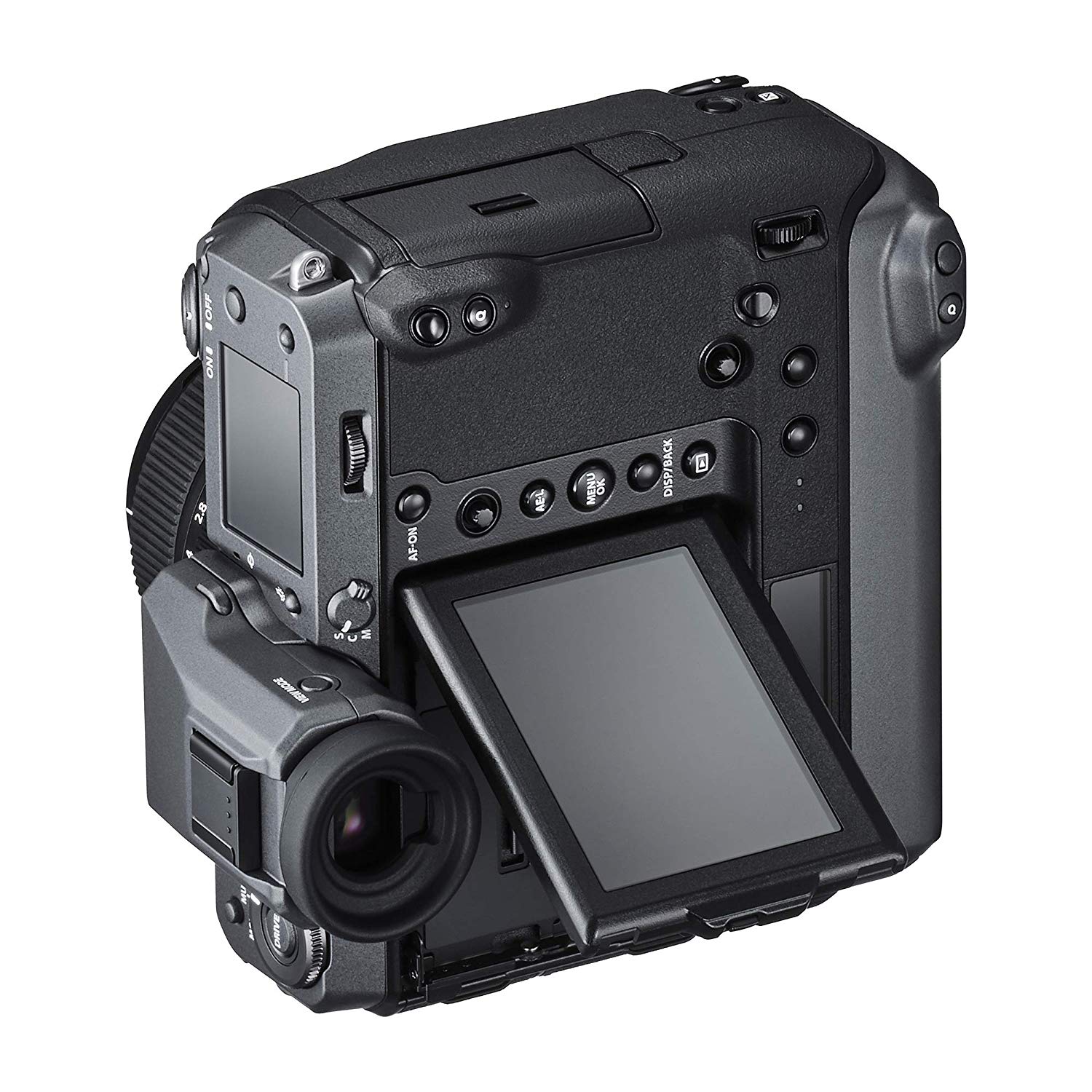 The Fujifilm GFX100 is built out of magnesium-alloy and it is both weather and dust resistant. If you buy this camera, you can expect it to last for years and you can use it even in harsh weather conditions without worry that it will get damaged.

Because of their large sensor, medium format cameras used to be large and heavy. However, this is not the case with the new Fujifilm GFX100. The camera’s body weighs only 40.7oz which is not much heavier than an average DSLR camera. Additionally, the Fujifilm GHX100 is 6.15 inches wide, 6.44 high, and 4.05 inches deep. The camera also has a vertical grip which allows you to take images handheld without any difficulties.

For framing subjects, the GFX100 offers either an electronic viewfinder or a touchscreen LCD. The viewfinder features 5.76 million dots and provides 0.86x magnification and you can detach it from the camera in order to reduce size and weight. On the other side, the LCD screen is 3.2 inches in size and has 2.36 million dots. Although it is not fully articulated, the LCD display can be tilted for shooting images from complicated angles. The GFX100 also features a top LCD screen where you can see camera’s settings and quickly adjust them.

For those who are working long hours, it is good to know that the GFX100 accommodates two NP-T125 batteries while it can be charged via USB. This allows you to take a lot of shots before you need to recharge the camera. For example, with two batteries fully charged you can take around three hours of 4K video.

Additionally, the camera offers Bluetooth 4.2 and Wi-Fi connectivity, an HDMI port, a microphone jack, a headphone jack, and it has twin memory card slots. 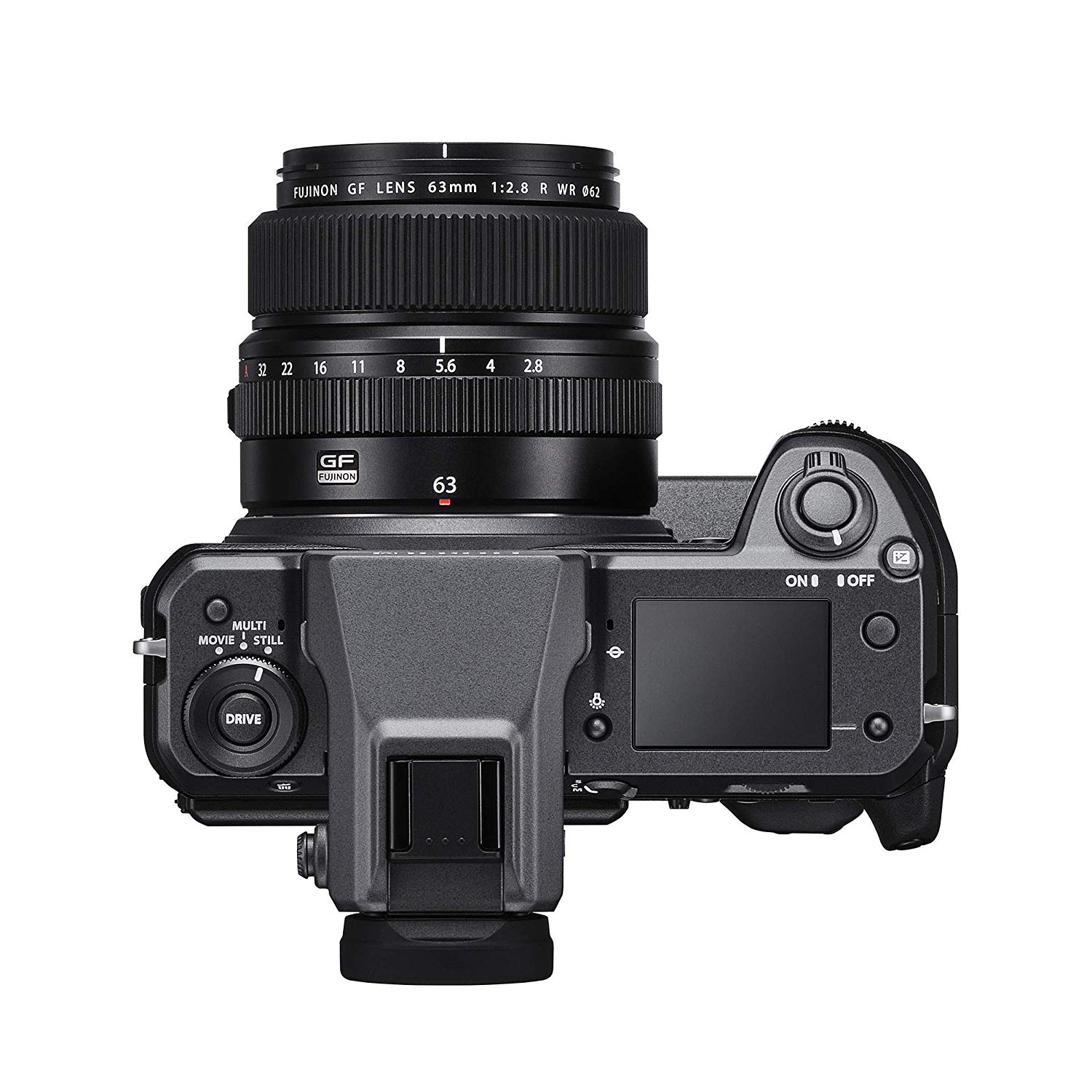 The Fujifilm GFX100 is not cheap, but on the other hand, the price of $10,000 is not too much for a medium format camera of these specifications.

Since it was only recently released, at the moment you can buy only a brand-new Fujifilm GFX100. However, if you wait for a few months you might save some money by finding a used one on platforms such as MPB. Keep your eyes peeled in the months and years ahead, and you just might find a smokin' deal on one of these bad boys!

Not sure about buying used gear? Check out my MPB review to learn why it's a safe, easy, and money-saving process!