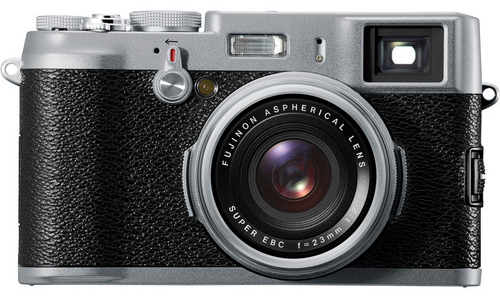 The FujiFilm X100 is a compact camera that comes with a SLR sized sensor. This sensor is paired with analog controls so that you get both modern specs and a traditional, vintage feel. It’s no wonder why the FujiFilm X100 was one of the most exciting cameras announced by any major camera manufacturer in 2011.

In this FujiFilm X100 review, I’m going to go over all of the FujiFilm X100 features, so that you can decide whether this camera can give you what you need it to in 2021. 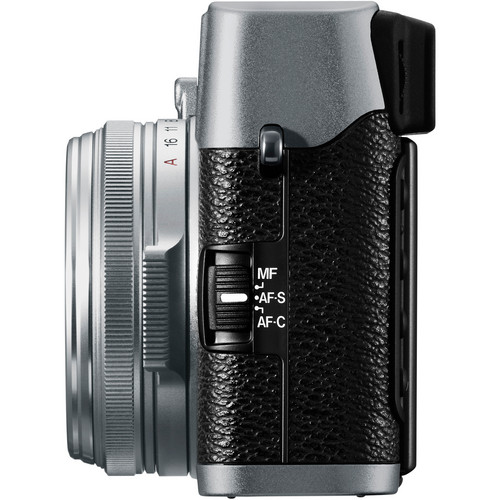 The FujiFilm X100 features a 12MP APS-C sized CMOS sensor, as well as a fixed 23mm f/2 lens, which is equivalent to a traditional 35mm on a full frame camera.

Since the FujiFilm X100 is seriously compact, it features a screen that is slightly smaller than your average screen in 2021. It measures 2.8” and features a 460k-dot resolution, which is about half of the resolution that you can expect out of a more modern entry-level camera.

Other FujiFilm X100 Specs Include: 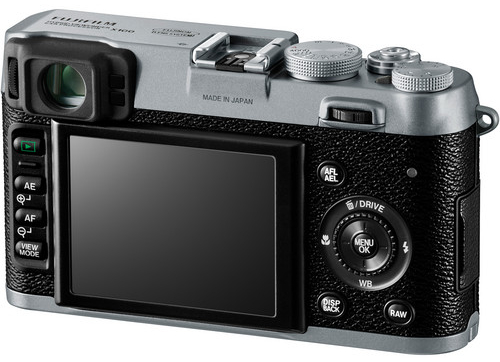 The FujiFilm X100 design is pretty much this camera’s biggest draw. The camera measures 5.0” x 2.9” x 2.1” and weighs 15.5 oz. So, it is easy enough to carry with you wherever you want to go. But, the real appeal is the fact that it looks like a 1960s rangefinder, almost exactly. It comes with a metal top and a leather wrap. All of the dials and knobs on the camera are even placed as they would have been decades ago.

One disappointing thing about the design of this camera is the fact that the leather wrap isn’t really made of leather. So, for someone like me who had the pleasure of growing up around the real deal, it doesn’t feel quite the same. 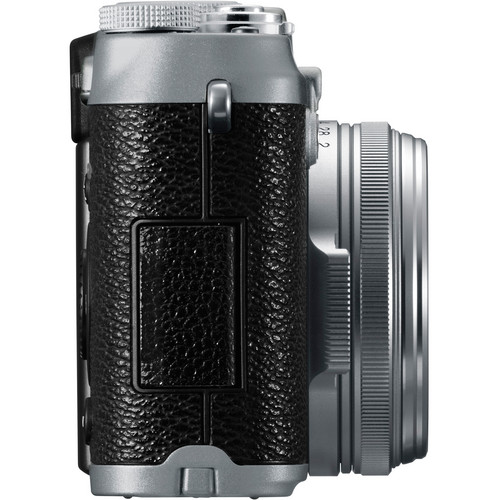 The FujiFilm X100 build also closely mimics the build of traditional 1960s rangefinders. You shouldn’t expect much in the way of a grip and I highly recommend that you always shoot with this bad boy on a strap. It’s too risky to do otherwise.

Huge thank you to PhotoSummit for the video test above.

Now, I’m going to be honest with you. Of all the FujiFilm X100 specs, this camera’s video capabilities are the most abysmal. It’s been a while since I’ve covered a camera that can’t even manage Full HD video. The FujiFilm X100 only shoots video at 720/24p.

Even when this camera first came out, it wasn’t known for its video capabilities. If you’re thinking about purchasing it, this is important for you to know. Though, it may appeal to specific photographers who are looking for a vintage feel with their videos.

Importantly, this camera also features a pretty awful movie clip. You cannot record video for longer than 10 minutes at a time.

If these video specs haven’t dissuaded you from pursuing the camera, then one big plus of shooting videos with it is that it is incredibly easy. You just switch to “Movie” mode and the camera does all of the work for you. One full press will start your video and one half press will end it. 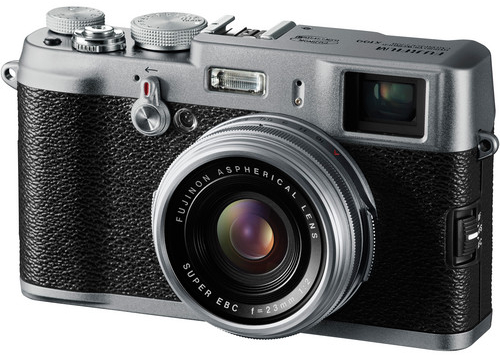 Given the age of the FujiFilm X100, it would be very fair to assume that this camera is no longer being sold by the manufacturer. However, this only means that the FujiFilm X100 price is cheaper than it ever has been because you have to get it secondhand.

If the appeal of a more modern camera with traditional controls is too much for you to bear, then you’re in luck because you can find the FujiFilm X100 available for sale on MPB.

MPB is our favorite used camera retailer because they do all of the hard work for you. It can be difficult to find used cameras that are in good shape because the people selling those cameras on websites like eBay or Craigslist might not know anything about their history. MPB takes the guesswork out of the used camera industry by hiring industry professionals to rate every piece of equipment they buy and sell. This way, you know exactly what your new-to-you camera will look like when it shows up at your front door.

You can find a FujiFilm X100 body on MPB right now for as little as $324. It is not surprising that most of the models available are “well used” because of their age, but if you’d like to spend a little more money for a FujiFilm X100 in “good” shape instead, you can find one here for $419.