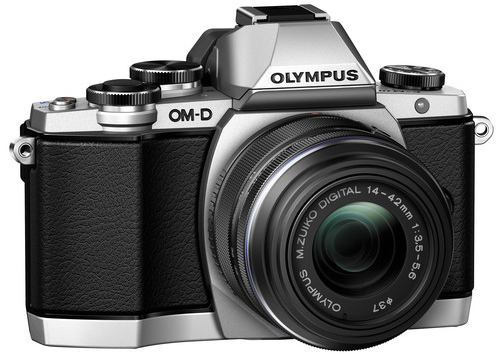 The Olympus OM-D E-M10 was a really great camera for both beginners and hobbyists when it was first released. I would argue that it is definitely still a good camera for beginners and those with a few more advanced photography skills.

Most of the Olympus OM-D E-M10 specs are still relevant in 2021, particularly if you’re planning on shooting portrait photography. 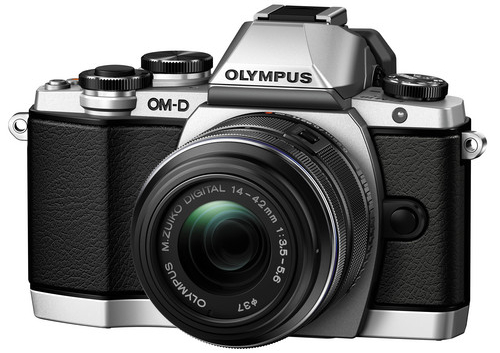 This camera features a 16MP Four Thirds sensor and a TruePic VII processor.

The 3” touchscreen tilts so that you can capture shots from every angle. It is also surprisingly responsive for a camera of this age.

The camera’s electronic viewfinder features 100% coverage and a 1.44m-dot resolution.

The camera doesn’t feature 4K video, but it does feature Full HD video at up to 30p.

Other Olympus OM-D E-M10 Specs Include: 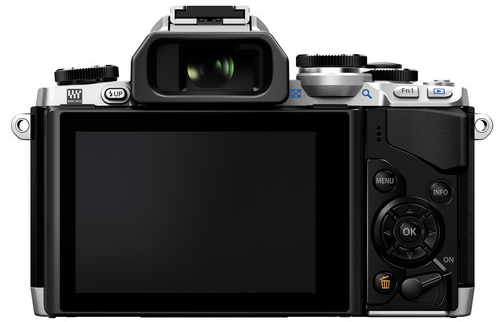 For instance, the ports, which include a micro-HDMI and a USB/AV output, are covered by a rubber door that feels really cheap.

The camera also isn’t weather-proofed at all. You can tell, too. It’s almost as if the camera feels a little disappointing.

For anyone familiar with this lineup by Olympus, the design of the camera will feel automatically familiar. It is built very similarly to the E-M5 in terms of its weight, size, and button placement.

Since the camera is so small and lightweight, it makes for the perfect everyday camera. I personally think that the grip is already excellent, but you can also purchase an additional grip if you would like to.

All of the dials on the back of the camera sit on a platform so that you don’t run into any issues with accidentally knocking buttons you weren’t intending on using.

The camera’s CIPA rating is also pretty impressive. You’ll be able to get well over 300 shots without needing to charge your battery or bring an extra one with you.

Thank you to Matthew Wong for the Olympus OM-D E-M10 video test above.

Given the fact that the Olympus OM-D E-M10 did come out so many years ago, you won’t be finding 4K video capabilities here. However, the camera does manage Full HD video recording at up to 30p.

The Olympus OM-D E-M10 features a dedicated movie button so that you can start recording video easily. It also lets you get still images from your video, which is a nice additional feature.

The built-in stereo microphone, as mentioned in the video above, is really sensitive. This is a big bonus because the Olympus OM-D E-M10 does not feature any way to attach an external microphone. So, you’ll have to deal with the audio you can capture internally.

I was pleasantly surprised to find out that the camera features both a tilting screen and a touchscreen (given its age). This helps you to keep the focus on your subject when filming video.

The camera also features image stabilization, but it is 3-axis. 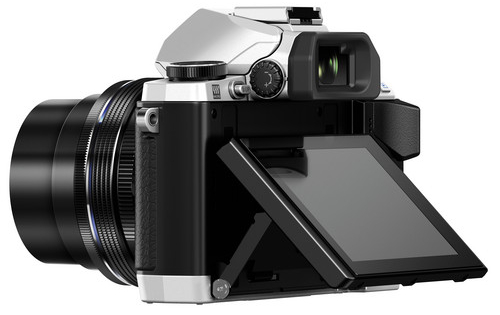 Given the fact that the Olympus OM-D E-M10 is now 7 years old, you can get it for really cheap online. It’s one of the reasons I swear by purchasing slightly older cameras, even if you have to give up some features in order to do so.

Conversely, if you’re more interested in an Olympus OM-D E-M10 in excellent shape, then you can purchase one for $179-$199.

Then, you can take all of the money you’ve saved by purchasing a used camera and turn around and spend it on additional camera gear, like some new lenses.

I typically recommend that photographers should purchase used camera gear from MPB because of their rating system. It’s one of the most accurate rating systems I’ve ever encountered. This means that you know exactly what your new-to-you camera will look like when it shows up at your front door.

But, I also recommend that you shop with MPB because they allow you to trade in your old gear and use whatever money you make off of it towards your new purchases. This helps to encourage me to clean out my gear closet on a more regular basis and ends up saving me a lot of money in the long run.

MPB also offers a gracious return policy so that you don’t lose out on any money if you recognize that the camera you just purchased actually isn’t going to work well for you.

For more information about purchasing used cameras from MPB, check out the MPB review in the learn more links below.