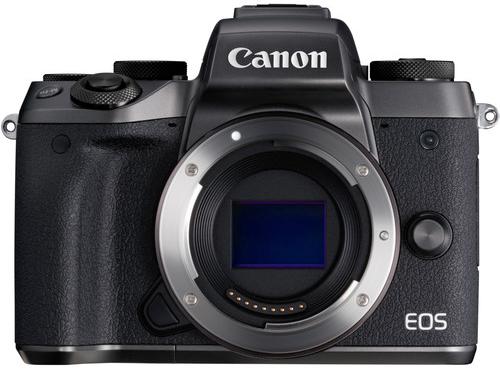 If you’re looking for an EOS M that is friendlier for beginner photographers, then the Canon EOS M5 is it.

Despite the fact that this camera did come out five years ago, many of the Canon EOS M5 specs still hold up. But, perhaps most importantly, the Canon EOS M5 design makes it far easier for beginners to learn on this camera and grow with it. Whereas almost all of the other cameras in the EOS M lineup are designed specifically for professionals, this one is more universal.

The Canon EOS M5 is a good competitor for cameras like the Sony a6000, which I’ve written about pretty extensively here.

So, if you’ve been participating in photography for a few years and are looking for a camera that will allow you to get better in your craft, the Canon EOS M5 may just be it. 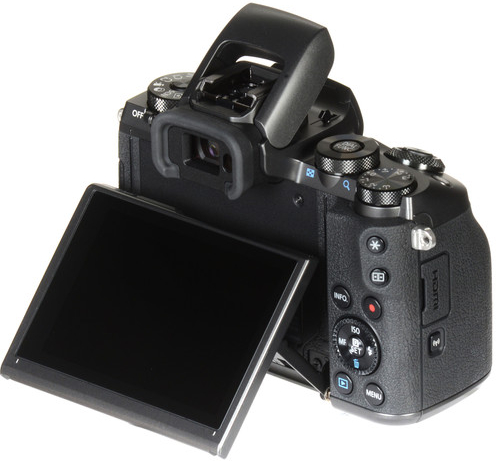 The Canon EOS M5 features a 22MP sensor, alongside a Digic 7 processor. The camera is an SLR-style mirrorless camera designed with ease of use in mind.

The Canon EOS M5 features an ISO range of 100-25,600, which means that you should have absolutely no problems getting clear and beautiful images in low light scenarios.

Other Canon EOS M5 Specs Include: 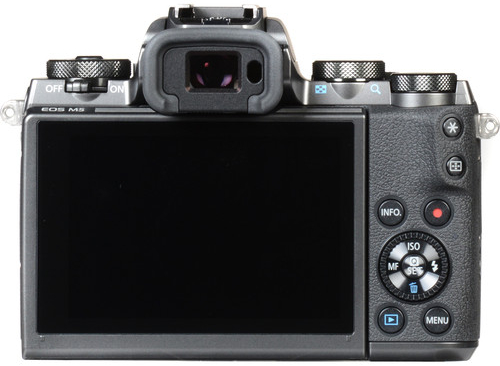 As I already mentioned, this camera is relatively friendly for photographers who may not have as much experience as professionals. However, this doesn’t mean that it doesn’t still have a lot of dials and buttons, as well as a lot of customization options.

It comes with an exposure compensation dial and twin command dials. It also comes with a Dial Func button which lets you choose from a wide range of options, like ISO, metering mode, and drive mode. 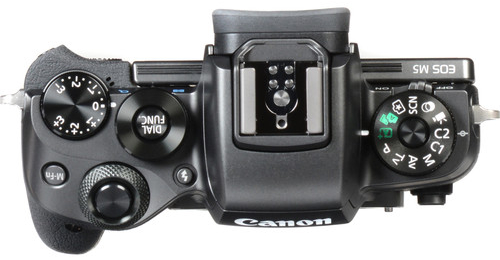 The Canon EOS M5 build is not only enthusiast-friendly, but it is also really comfortable for everyday shooting.

For starters, the touchscreen works so incredibly well. It’s really fluid and it lets you turn off part of the screen while you’re shooting so that you don’t accidentally bump the screen and change your focus while you’re looking through the viewfinder.

The screen will also allow you to change your focus by simply pulling your finger over it.

Other aspects of the Canon EOS M5 handling are just as fluid. The camera is fun to shoot with because of its battery life, which is rated at 295-shots. It’s also fun to shoot with because it fits so well in your hand. The large grip lets you easily shoot photos and it also lets you easily hold up the camera, selfie-style, without feeling like you’re going to drop it.

In the Canon EOS M5 review above, Fenchel & Janisch go over a full review of the Canon EOS M5 video performance which you should check out if this is the primary reason you’re intending to purchase this camera.

I’ll go over a quick review of it here.

The Canon EOS M5 is an older camera and it wasn’t really designed for videographers when it was first released. We know that because it does not feature 4K video and it also doesn’t feature zebra exposure warnings, which were both pretty basic videography specs when the camera came out in 2016.

However, there are a few specs that still make shooting video with a Canon EOS M5 pretty fun. For starters, the touchscreen works so well when you’re shooting movies.

The camera also handles focusing well on its own when shooting videos, but this is particularly noticeable when you’re tracking a face. If the Canon EOS M5 loses a person while shooting video, it will simply transition to subject tracking to prevent any issues with the focus. 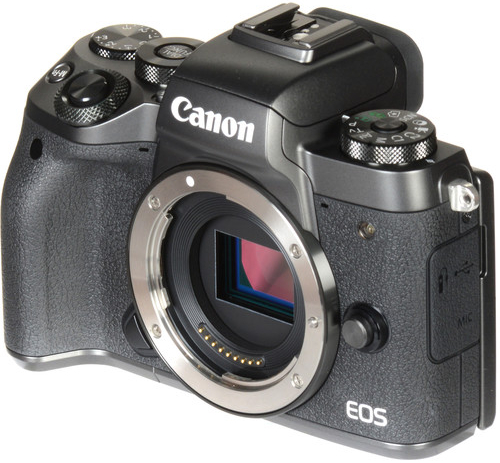 Given the fact that the Canon EOS M5 came out in 2016, you can find this camera for relatively cheap if you pick it up from a used camera retailer.

Now, though, you can find a Canon EOS M5 for well under $500 if you know where to look.

But, MPB is also a reputable company. You can trust their rating system because they hire professional photographers to rate every piece of gear that they pick up. You can trust that your new gear will show up as promised and if it doesn’t, you can always return it.

Plus, MPB offers you the chance to trade in your old equipment and use whatever value they offer you for it towards your new gear. It’s one of the best and easiest ways to clean out your gear closet while making sure you still have a good way to shoot.

For a list of all of the reasons why we recommend that you use MPB for your used camera needs, you should check out our full MPB Review in the learn more links below.