The Nikon D6 dropped in May of 2020 and because of the pandemic, I don’t think it received the coverage it deserves.

This camera is designed for top-of-the-line professional photographers. Since the Nikon D6 features are so much to handle, only photographers making the most amount of money can really afford it. But, there may not be a better sports camera out there.

The Nikon D6 is going to be pretty familiar for anyone who has shot with the Nikon D5 before. It features three screens to make sure all of your settings are exactly as you want them. Its body is large and chunky. It features just about as many custom features as any other camera on the market today.

But, the most important feature of the Nikon D6 is its autofocus system. While someone who has shot with the Nikon D5 may imagine the autofocus system couldn’t get any better, this isn’t true. This iteration features a 105 cross-point AF system, which is paired with a 14fps burst mode. For sports or wildlife photographers, you can’t get anything better.

In this Nikon D6 review, I’m going to walk you through the experience of shooting with this camera (in case you don’t get the chance to buy one). 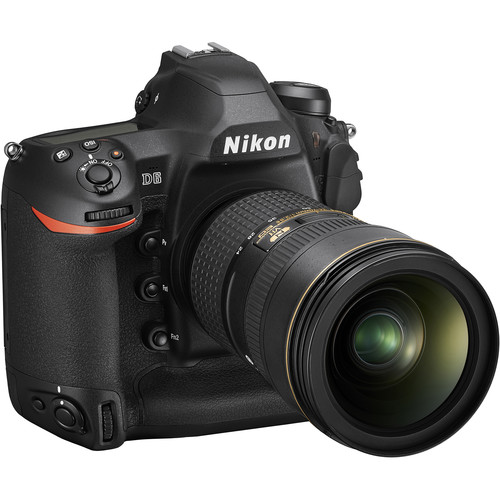 The Nikon D6 specs are just about as phenomenal as you would expect them to be. For starters, the camera features the improved burst mode and autofocus that I described above. This is probably the largest selling point on this camera for professional sports and wildlife photographers.

But, it also features a 20.8MP sensor, an Expeed 6 processor, and all of the connectivity options your heart could desire. It comes with built-in 5GHz Wi-Fi, 1000BASE-T wired LAN, and GPS.

Its screen is also very touch-sensitive, which is good news for those who have shot with the Nikon D5 before and been a bit disappointed.

Other Nikon D6 Specs Include: 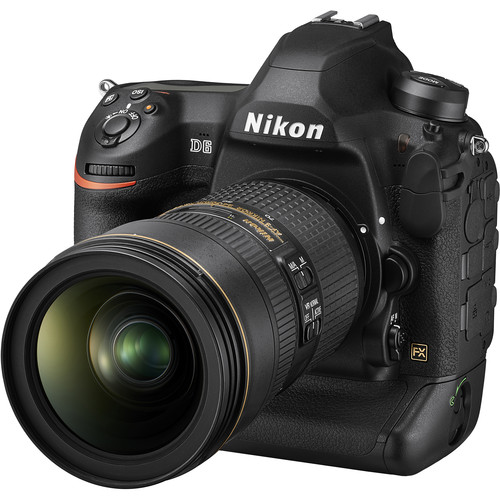 The Nikon D6 design is incredibly serious. The camera could be dropped from the second story and likely be absolutely fine. The professional-grade weather proofing on this camera means you could shoot in just about any weather and have absolutely no complaints or worries.

Given the fact that this camera is a DSLR, you can also expect just about every button and screen you could ever want. There are three screens, the main screen, the top LCD screen, and a smaller LCD screen located beneath the main screen. You’ll get buttons for changing the bracketing and metering modes, dials for picking the drive mode, and more basic buttons for changing the aperture and shutter speed. 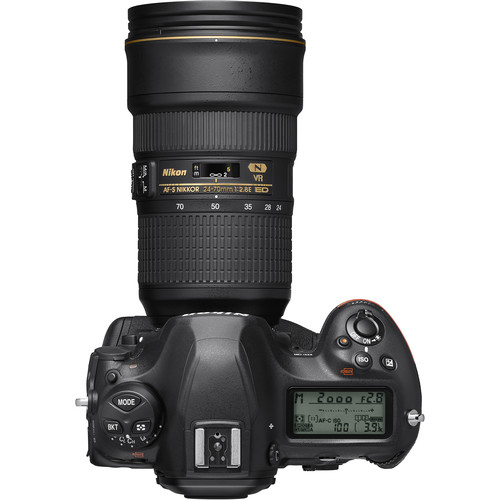 The Nikon D6 build is seriously hefty. But, I don’t know what else you would expect from it?

If you’ve shot with the Nikon D5 before, then you should expect an almost identical build. For pre-existing users, the transition is going to be seamless.

The camera weighs 2.79 lbs and measures 6.3” x 6.42” x 3.62”. However, the weight and dimensions are going to change wildly depending upon what lens you’re using with it. Keep this in mind.

The Nikon D6 handling is, once again, identical to the Nikon D5 handling. This means that most of your operation is going to be via the OVF and not the new 3.2” touchscreen.

It also means you’re going to be frustrated by the joystick on the vertical grip.

But, other than this one problem, the thing is a pleasure to shoot with. Where else can you find a camera with a 3,500-shot battery life?

As you can tell by the Nikon D6 video performance test by Awesolicious above, this camera performs on another level.

It features 4K video capabilities at up to 30p. But, with video mode, you also get 60fps stills. This means that you will never miss the perfect shot.

But, if there is anything negative to be said about this camera, it needs to be said here. The Live View focusing kind of sucks. It is pretty slow and unreliable and this means that many videographers won’t gravitate towards it. 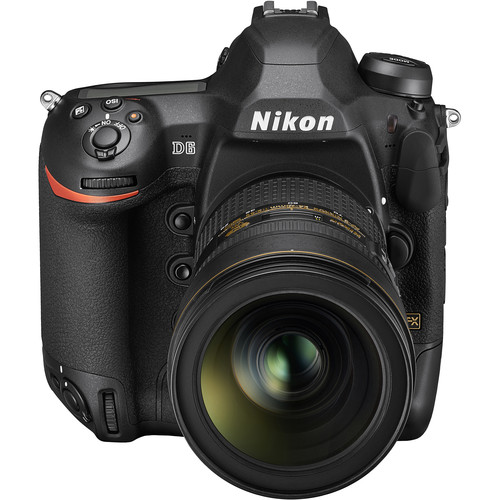 Since the Nikon D6 is pretty much brand new (less than a year old) and designed for professional photographers, you may need to brace yourself for its price tag. The Nikon D6 price is currently $6,500.

Given all of the incredible features of the Nikon D6, nobody is surprised by this. Still, I know very few photographers who can easily drop over $5,000 on a camera. Every dollar that you’re putting into new photography equipment is a dollar that eats into your profit.

So, it’s no wonder why so many photographers are trying to find used Nikon D6 bodies for sale. The highest-end photographers have already moved on to the bigger and better cameras that have been released this year and so it isn’t impossible to find used Nikon D6 bodies for a slight discount. The problem is finding them as soon as they go up, because they are pretty scarce.

If you’re on the hunt for a used Nikon D6, you should start your search with MPB. MPB is one of the first places I always check when I’m looking for a pretty new camera. MPB is an international organization and so they rotate through hundreds of cameras every single day.

MPB also charges a fair price for most of their equipment. So, you know you’re going to get a better deal on a used Nikon D6 on MPB, as compared to Craigslist or Ebay.

Unfortunately, as of the publishing of this article, the MPB Nikon D6 page is empty. But, keep checking back to try and snag the next one before it’s gone.

Jan 24, 2023
Which Canon RF Lens is Best for Landscape Photography?

Not sure how to display family photos? If you want a few ideas apart from having traditional paper prints made, check out this guide to canvas, metal, and other types of prints.