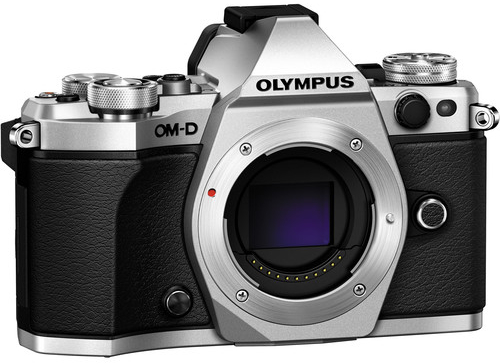 Though the Olympus OM-D E-M5 II came out in the mid 2010s, I still think it’s a pretty nifty camera if you’re into the whole Micro Four Thirds category.

For starters, this camera is an Olympus, which means that it is weather-sealed, compact, and well-built. I’ve had mine since a year after the camera was originally announced and, if I’m being honest, I’ve beat the crap out of it. It takes it like a champ.

This camera also comes with a 10fps burst mode, which is excellent for adventure shooting. It’s still my go to whenever I’m going on a camping trip with my son, since I know it can handle the weather and it can keep up with a very bouncy 6-year-old.

Plus, since it came out so long ago, you can find one for really cheap online. In this Olympus OM-D E-M5 II review, I’ll walk you through all of its specs, I’ll explain the Olympus OM-D E-M5 II design, and finally I’ll show you why I like this camera’s handling so much.

The Olympus OM-D E-M5 II features a 16MP CMOS sensor. Since it is an SLR-style mirrorless camera, this isn’t too terrible given the camera’s age.

It also features a TruePic VII processor, an ISO range of 200-25,600, and 5-axis image stabilization so that you can take awesome photos on the go.

The Olympus OM-D E-M5 II also features a 3” fully articulating touchscreen with 1.03m-dots and an electronic viewfinder with 100% coverage. The EVF features a 2.36m-dot resolution.

The camera can shoot Full HD video at up to 60p. It also comes with built-in Wi-Fi, a BLN-1 lithium ion battery that is capable of up to 310 shots per charge, and a relatively small body that weighs just 1.03 lbs.

The Olympus OM-D E-M5 II body measures 4.9” x 3.3” x 2.0” and weighs just over 1 lb. I think this is my personal sweet spot for a camera since it feels comfortable in my hands, but doesn’t seem too bulky or heavy.

As I already mentioned, this camera was designed to be weather-sealed, so you don’t have to worry as much if you get caught outside in bad weather. In fact, unless you’re going to opt for a professional-level DSLR, I think that the weather-sealing on this camera is some of the best I’ve seen.

The only issue you may have with the design of this camera is the fact that some of the buttons are made out of plastic. Given the sturdy magnesium alloy that the rest of the camera is made out of, it’s a little disappointing. 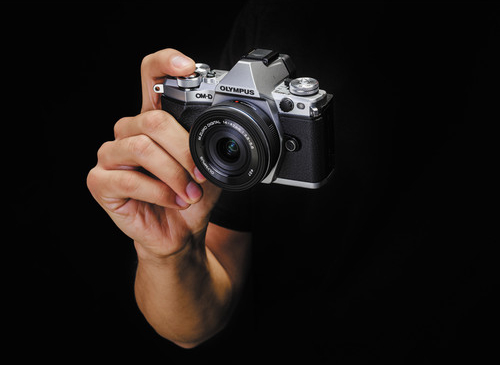 When it comes to the Olympus OM-D E-M5 II build, I’ve pretty much said all I have to say. This camera is built very seriously. You won’t need to worry about it while out doing some serious shooting.

I do have a few problems with the handling, though. This camera doesn’t come with a built-in flash, which isn’t great for most amateur photographers who aren’t going to have their own external flashes. Moreover, the camera’s battery isn’t excellent. 310 shots isn’t bad, but I like to get at least a few more in most of my cameras.

But, you do get a ton of customization options with this camera that will make up for any handling issues you may find. For this reason, don’t expect to be able to operate this camera straight out of the box. Take some time to learn all of your options first.

Huge thanks to Mathieu Gasquet for the Olympus OM-D E-M5 II video performance test above.

As you can tell from this video, the Olympus OM-D E-M5 II produces some excellent footage. It features image stabilization, Full HD video footage at up to 60p, and a max bitrate of 77Mbps.

In fact, when the Olympus OM-D E-M5 II first came out, one of its major selling points was all of the new video features it offered. Of course, many of these features are now out of date for serious videographers, but a serious videographer isn’t going to be looking at a camera that is 6 years old. Since you are, I’m going to assume that some slightly outdated video specs aren’t going to be a huge turn off for you.

In fact, Olympus actually bet on this as well. They made a statement about the lack of 4K capabilities in the Olympus OM-D E-M5 II when it came out. They specifically noted that, since the camera was aimed at amateurs, they didn’t think it was necessary to include.

You can record clips of up to 29 minutes in length. It also comes with a microphone socket and focus peaking. 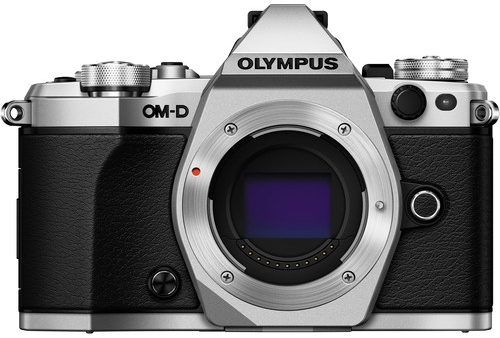 But, since you can only find used Olympus OM-D E-M5 II bodies available for sale now, you can find them for under $400.

And, if you know where to look, you can find them for even less. Before publishing this article, I checked MPB (which is one of my favorite used camera gear websites) and they have five  Olympus OM-D E-M5 II bodies available for sale, starting at just $369.

Each of the cameras at this price are in good condition, but if you’re really serious about getting the full experience, then MPB has one Olympus OM-D E-M5 II in “like new” condition for $425. The only thing is that you’re going to have to act fast since MPB is pretty popular.

If you are nervous about buying an Olympus OM-D E-M5 II, since you’re nervous about buying used cameras, then you should definitely check out our full MPB Review in the learn more links below. MPB is a trusted website with a grading system that was created by professional photographers. Plus, they offer a really nice return policy if you aren’t totally happy with your purpose.